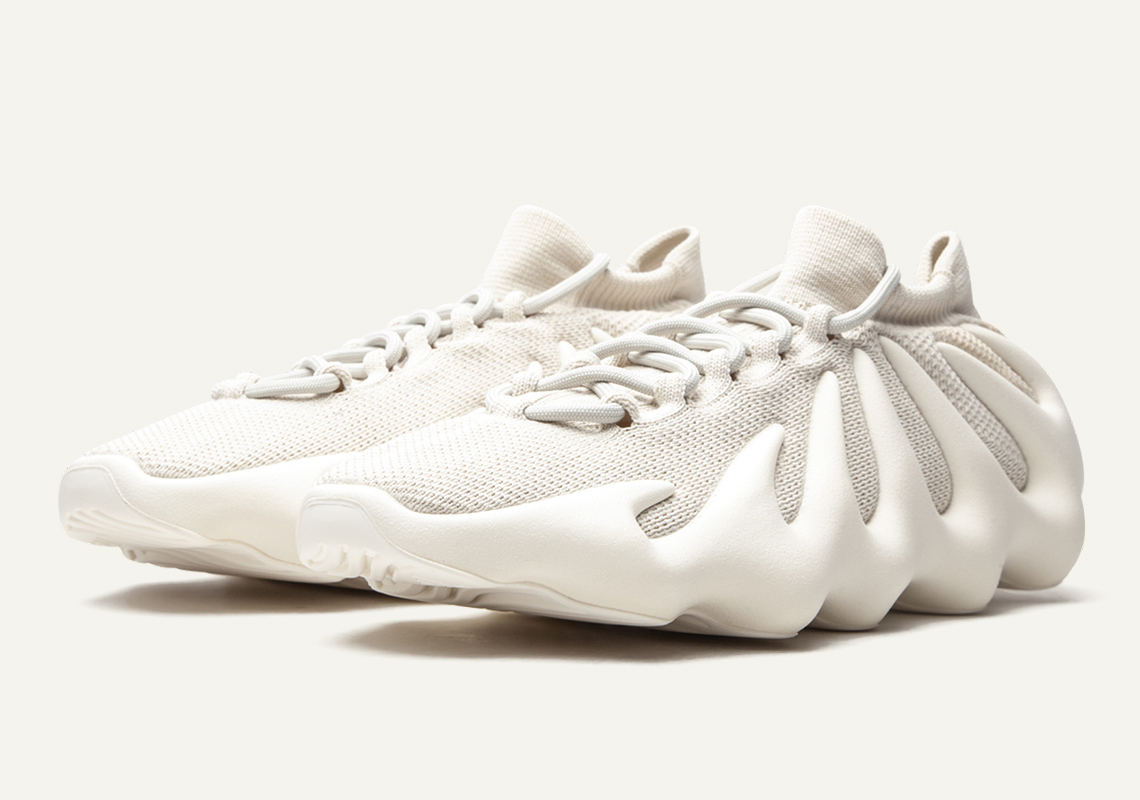 When Kanye was first spotted wearing the adidas Yeezy 450 early last year, fans were quick to comment and make memes about one of the brand’s most abstract propositions yet. A year later, the model is finally reaching a wider audience, starting with the “Cloud White” pair set to drop tomorrow.

This Yeezy 450‘s uppers adopt a grey-beige, wholly knit construction for a sock-like fit. All the chunkiness and intrigue of the design derives from the conversation-starting molded EVA foam sole. While acting as an exoskeleton to provide structure, it also bears a resemblance to bones with a ribcage-like shape. The sole wraps around the entire model, essentially encasing the knit uppers and adding to the wonders of the model. Underfoot, wavy lines are repeated to mimic the contours of the midsole. Familiar details such as tonal laces and a raised collar finish the unique look.

Cross your fingers for a W when they drop at Yeezy Supply on March 6th.

For more by Mr. West, check out the Yeezy 700 V3 “Kyanite” releasing later this month. 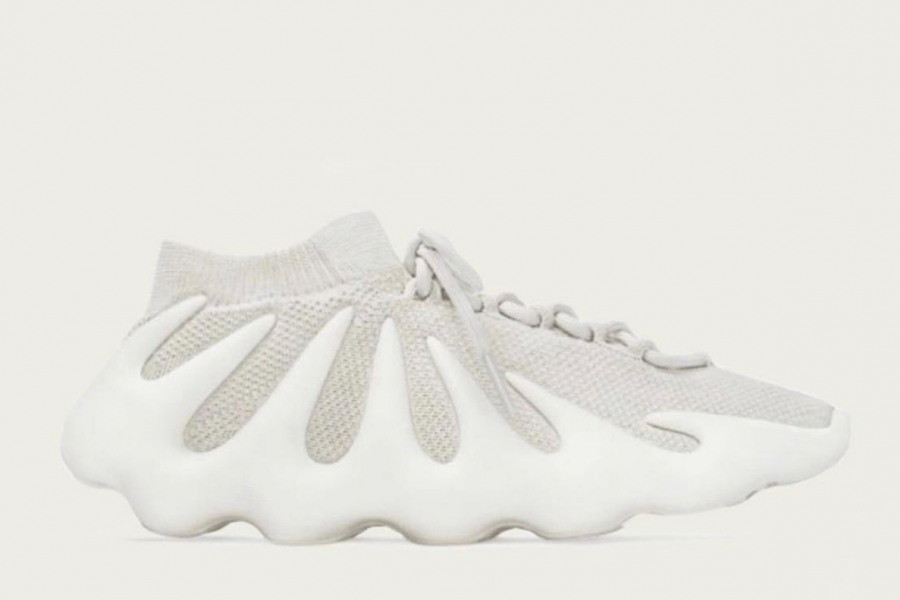 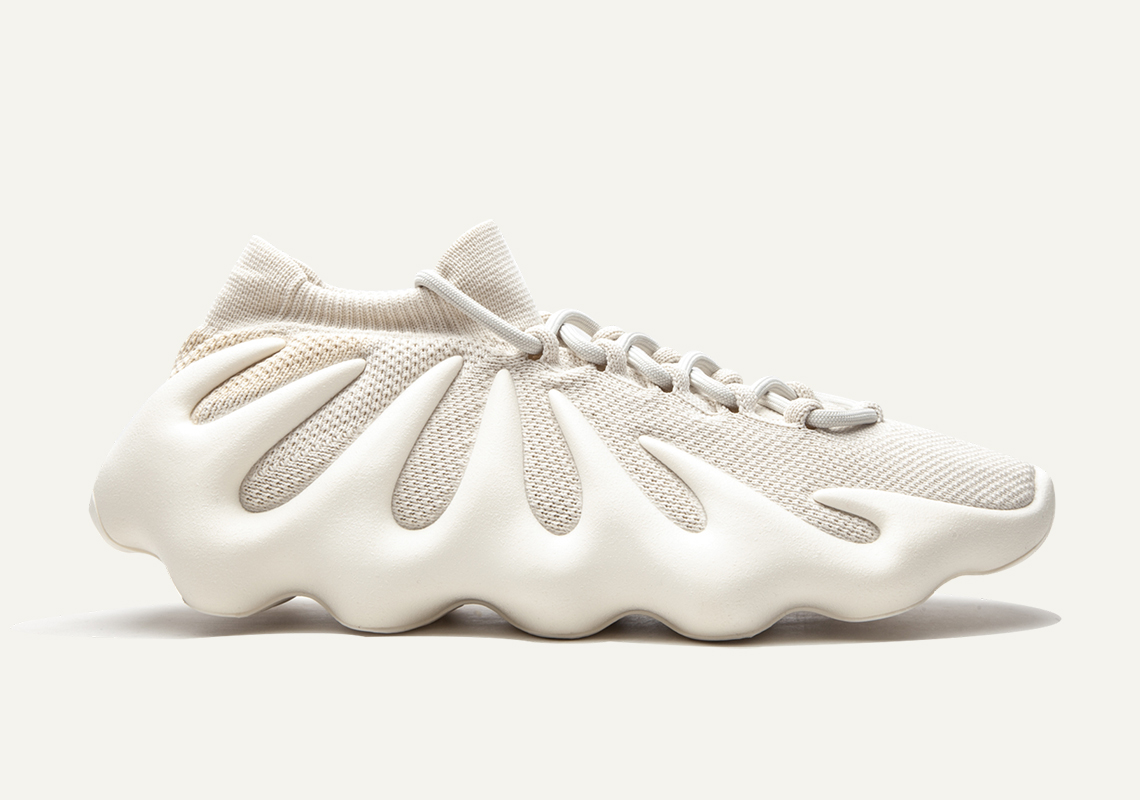 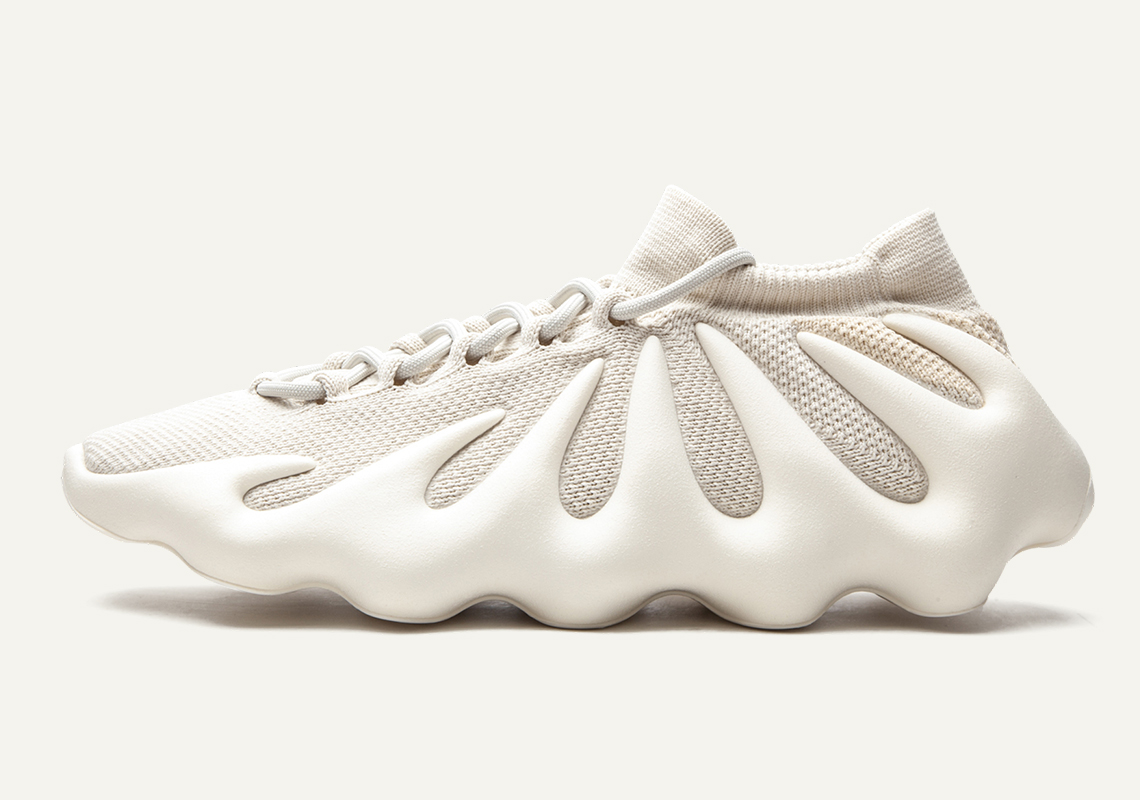 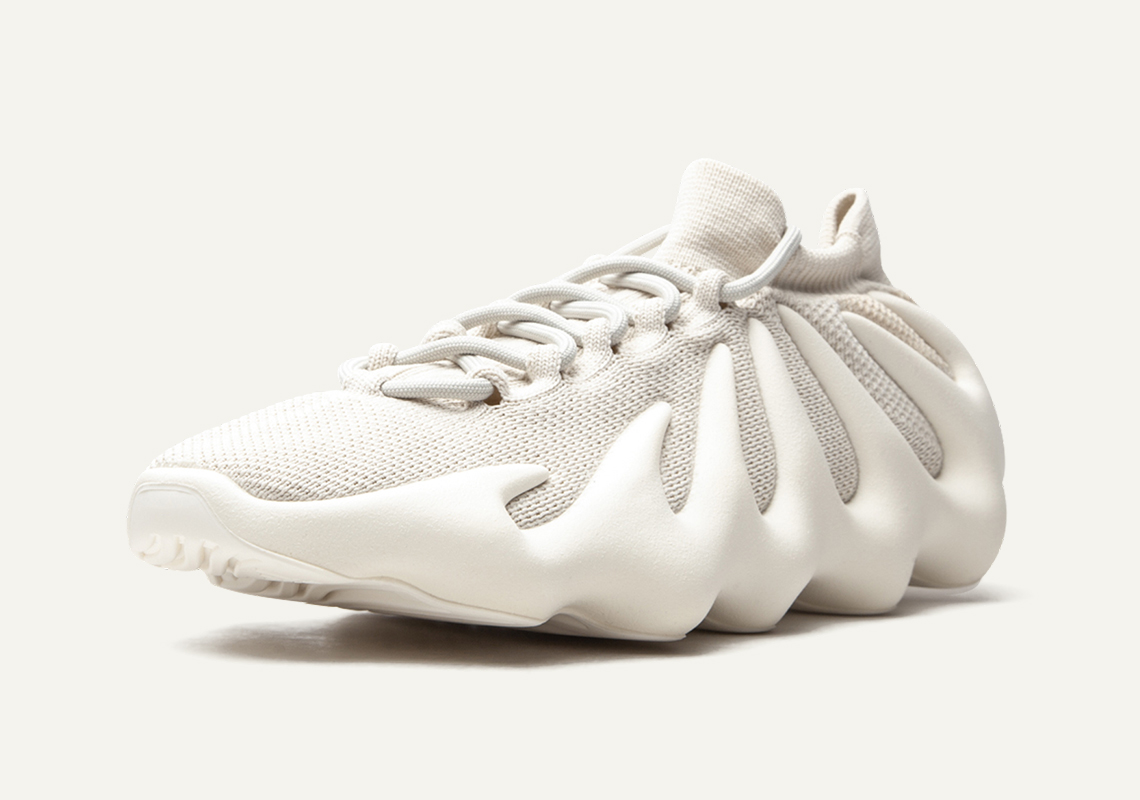 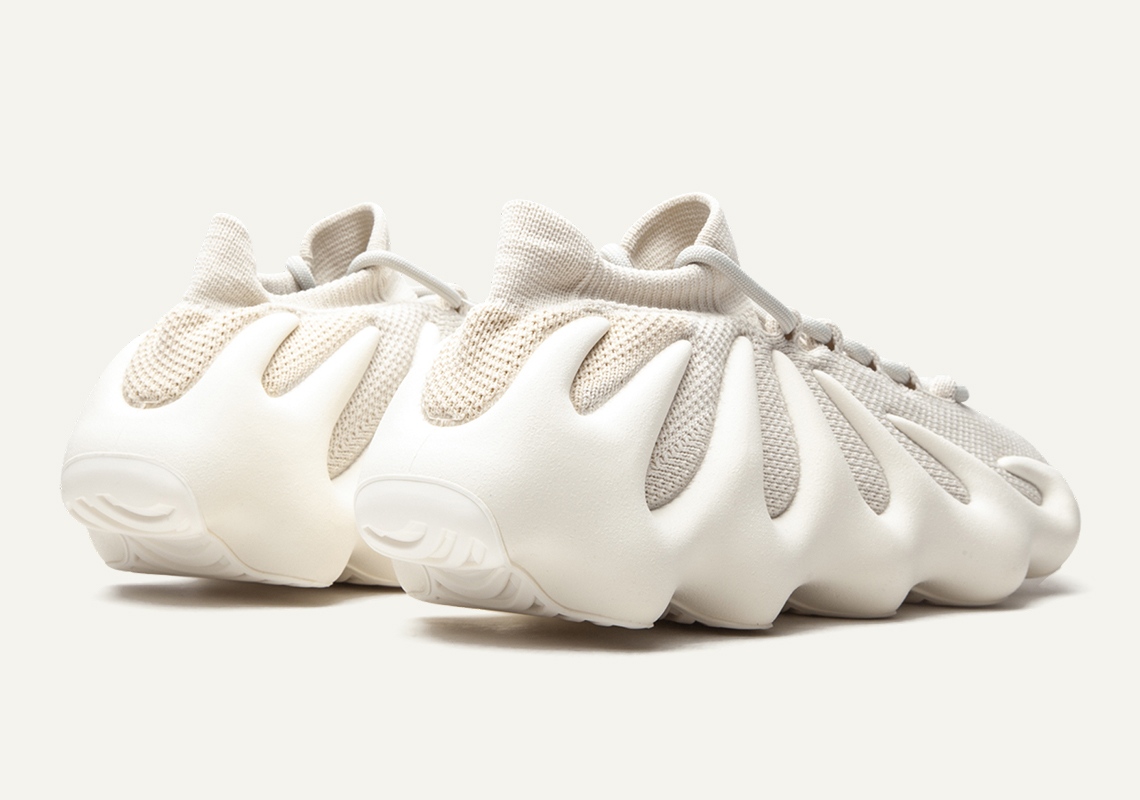 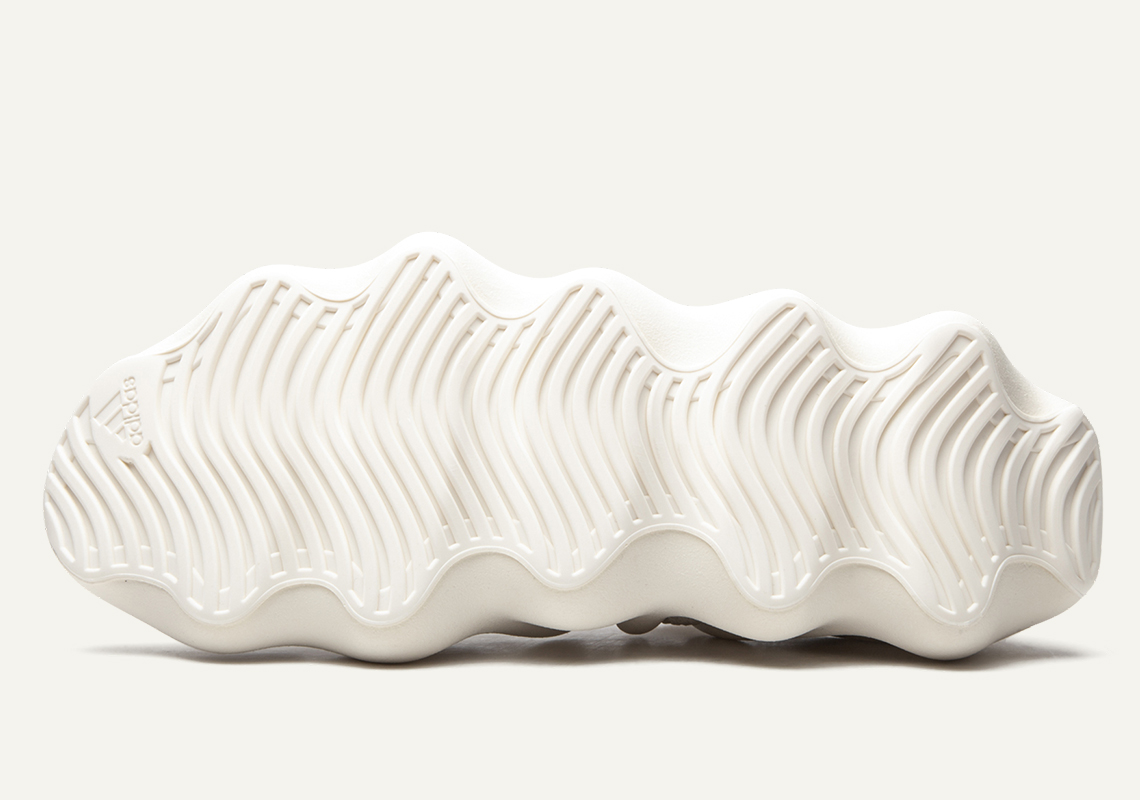