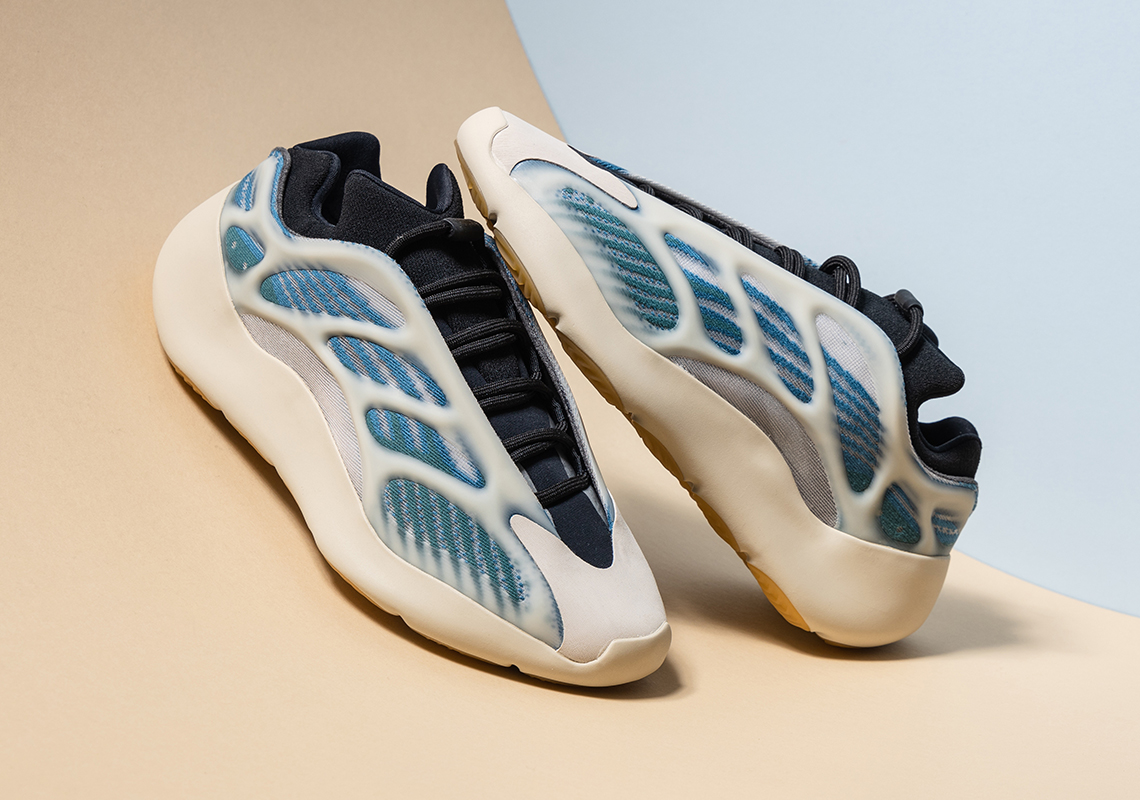 The adidas Yeezy 700 V3 “Kyanite” was first rumored back in late October 2020, but has only recently been confirmed for a March 27th launch.

Long-anticipated, the forthcoming pair features a color palette reminiscent of the “Azareth” arrangement from last summer, but boasts its blue flair in subtler fashion. Primeknit bases indulge in a rich shade of blue accompanied by a deep aquamarine tone at the forefoot and heel. The Yeezy model’s semi-translucent molded overlays introduce a muted cream hue into the mix, which also takes over the EVA foam-encapsulating midsole underfoot. Lastly, the herringbone-patterned Yeezy 700 outsole also dons a partly see-through finish, but delivers a fan-favorite gum brown makeup to the BOOST-less sneaker.

Enjoy images of the forthcoming Yeezy release here below (courtesy of Stadium Goods, which currently has the shoes available ahead of launch), and mark your calendar for March 27th.

In other confirmed Yeezy release dates 2021, the Yeezy 380 “Covellite” (originally believed to be the Yeezy 350 V3) launches on March 15th. 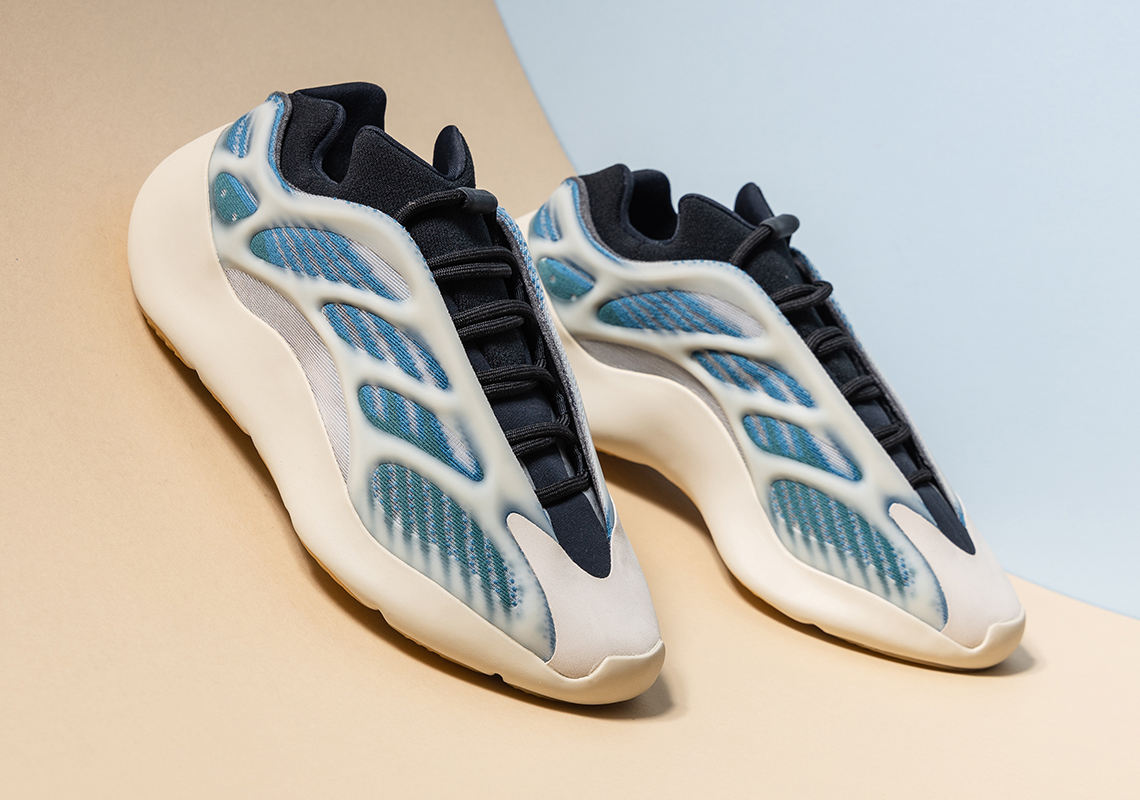 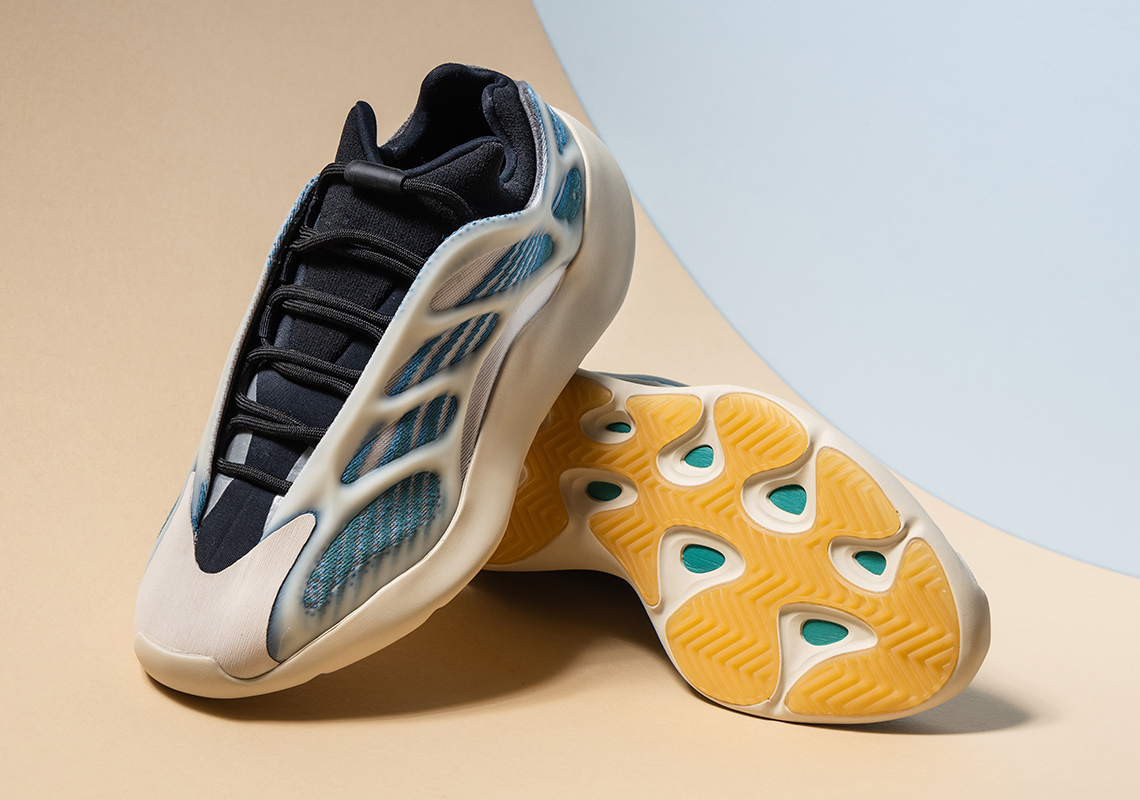