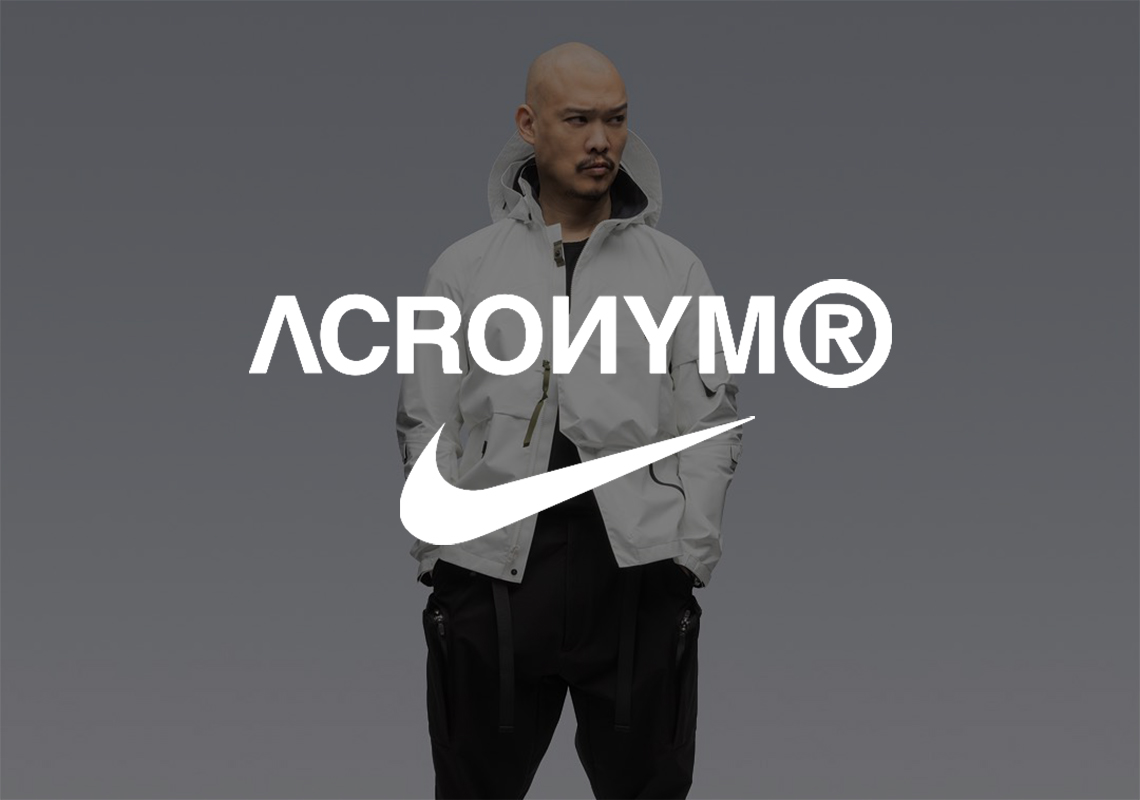 ACRONYM‘s long-running collaborative relationship with Nike is replete with standout releases and notable apparel collections. Errolson Hugh, the founder and designer of the German-based imprint, even ran the ACG line before it returned to its retro-inspired, outdoors form. Following his departure from the sub-label and the release of his patterned Prestos, little came from the two thereafter, though that is soon to change this Fall 2021 with a brand new Blazer Low.

Bearing a mindset similar to the Air Force 1s that started it all, the Blazer Low — according to the mock-up — makes use of some unique, futuristic modifications. Though the base itself retains the model’s usual design, the heel is upgraded with what seems to be some mecha-inspired attachments. This frame, which dyes a dark grey to match the midsole, screws in around the counter, connecting itself to the “Night Maroon” upper and the light purple molds adjacent. Elsewhere, the lining and Swoosh contrast in “Lemon Venom,” adding even further color to the overall palette.

For an idea of what to expect, see the mock-up below. A release is currently due to arrive this Fall 2021 season.

In other news, the CLOT Air Max 1 KOD is making a wider release tomorrow. 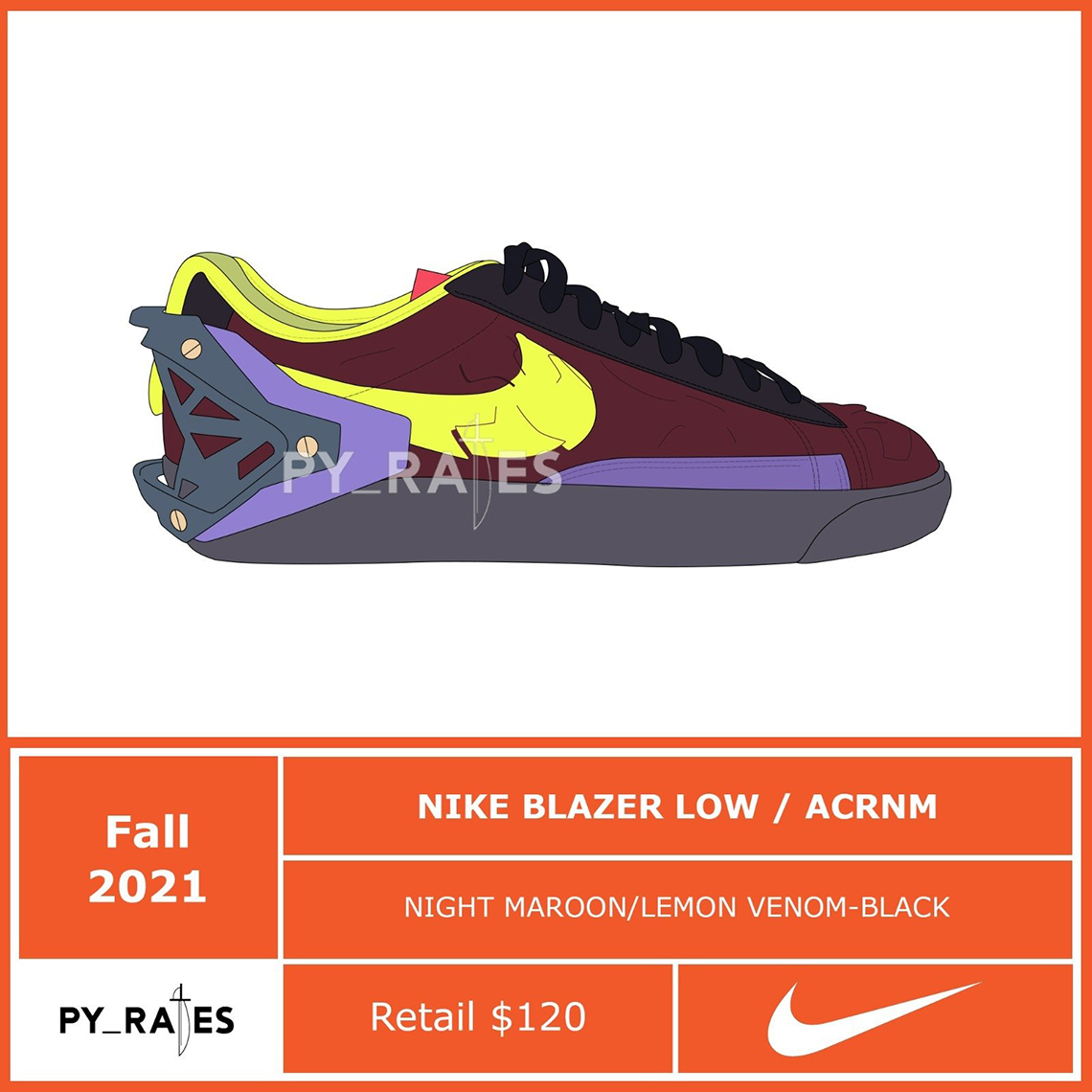