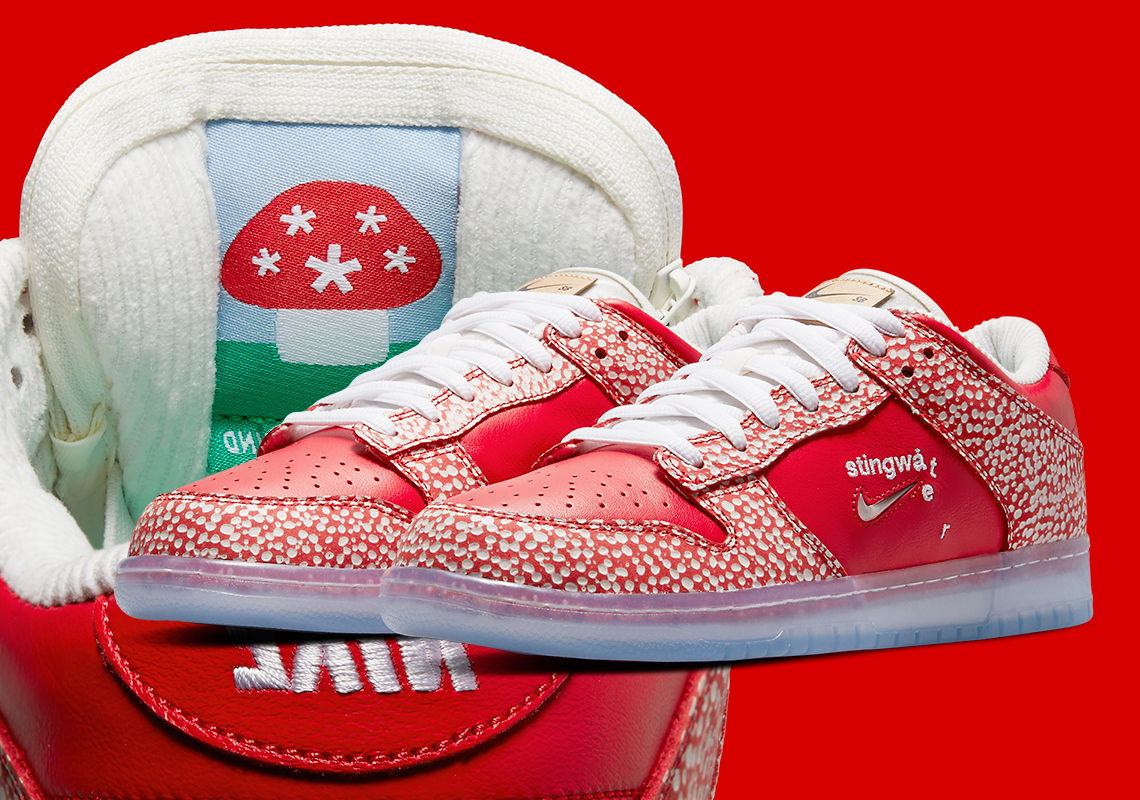 Stingwater, the eccentric clothier/skate brand fronted by Daniel Kim, is working on one of the most unique Nike SB Dunk Low collaborations this year thus far.

Unveiled by way of insiders, the partnership strikes a solid 50/50 balance between both names. While the Dunk Low may bear its signature look, form, and features, its subtler details are thrust through the Stingwater brand of design. For instance, the Swoosh is near entirely replaced, made miniature to better complement the adjacent alphabet soup that loosely strings together the letters of Kim’s label. Below, somewhat see-through, icy blue soles dress in notable contrast to the upper’s deep reds. And these leathers, though uninterrupted for the most part, accent against white laces, linings, and all-over splatters.

For another look, peek back up at the lead image. More photos will likely surface later in the year.

In other news, photos of the latest Off-White Dunk Low have appeared yesterday.

Updated April 26th, 2021: Official images have been updated. Dubbed the “Magic Mushroom”, this SB Dunk Low is inspired by the A SNKRS release date is scheduled for May 10th, 2021 for $125. 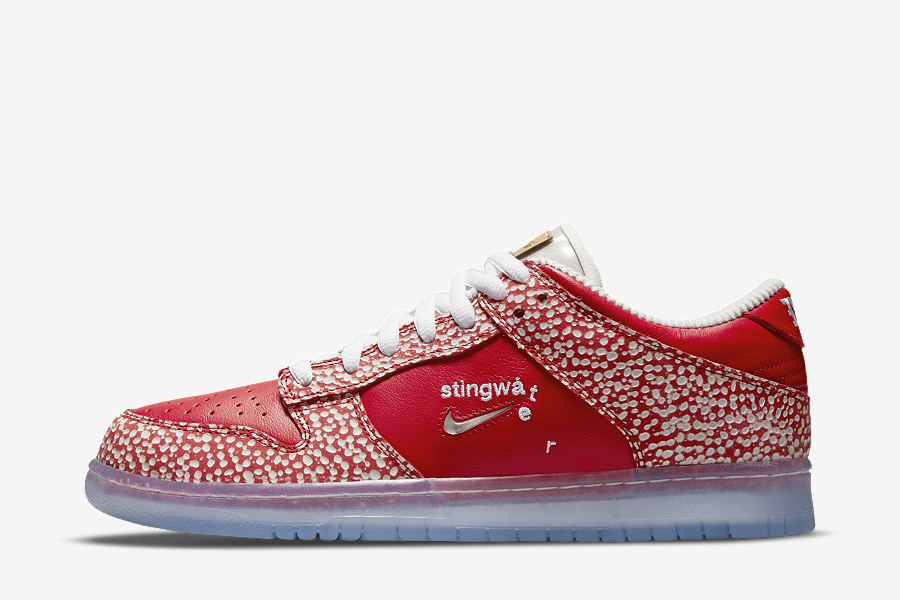 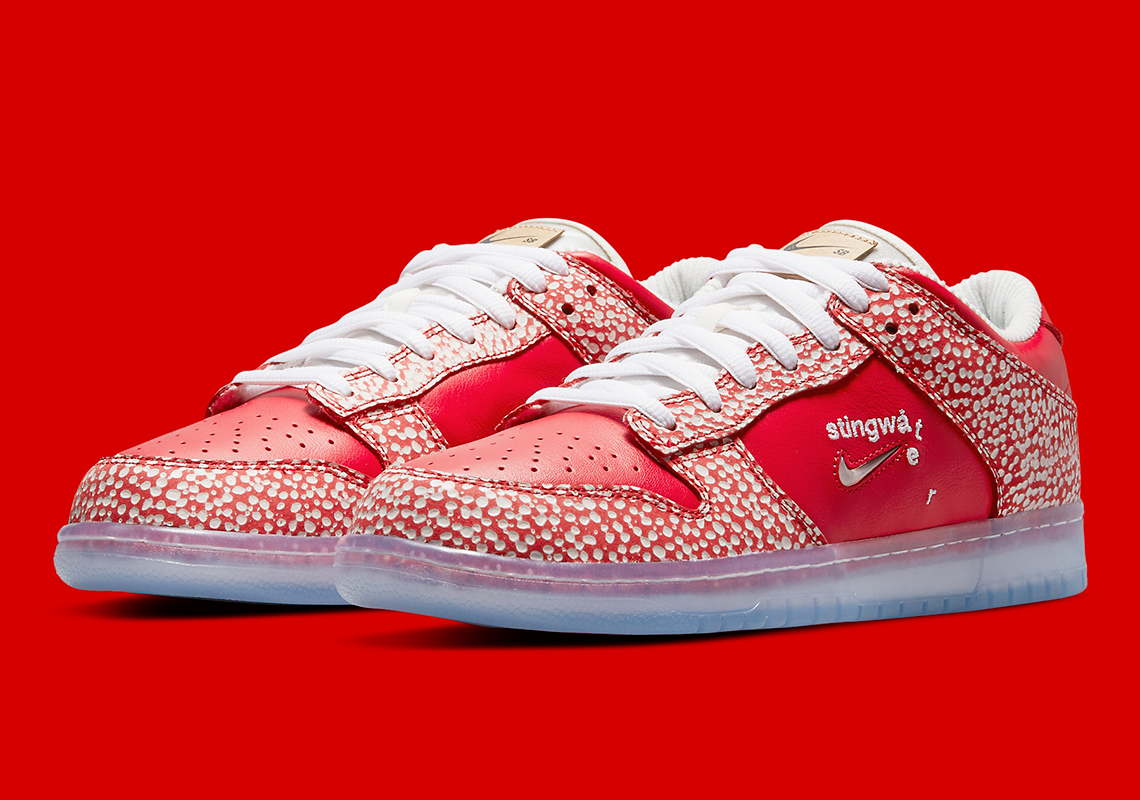 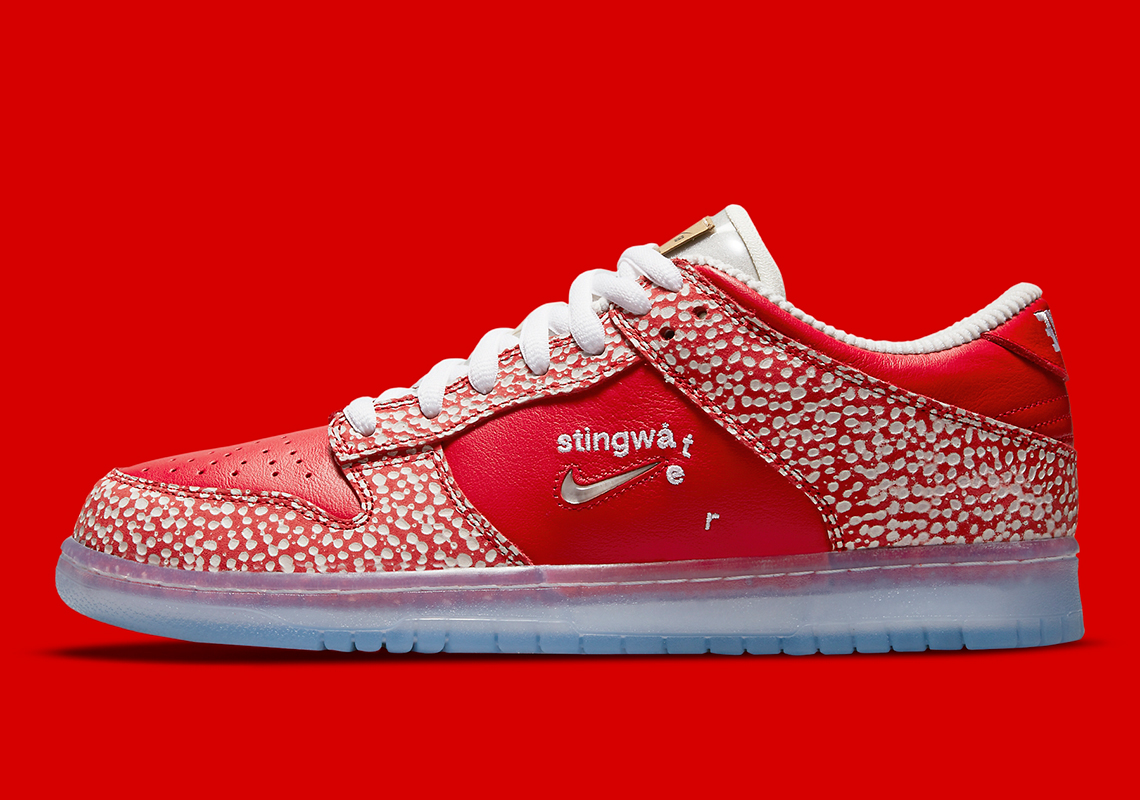 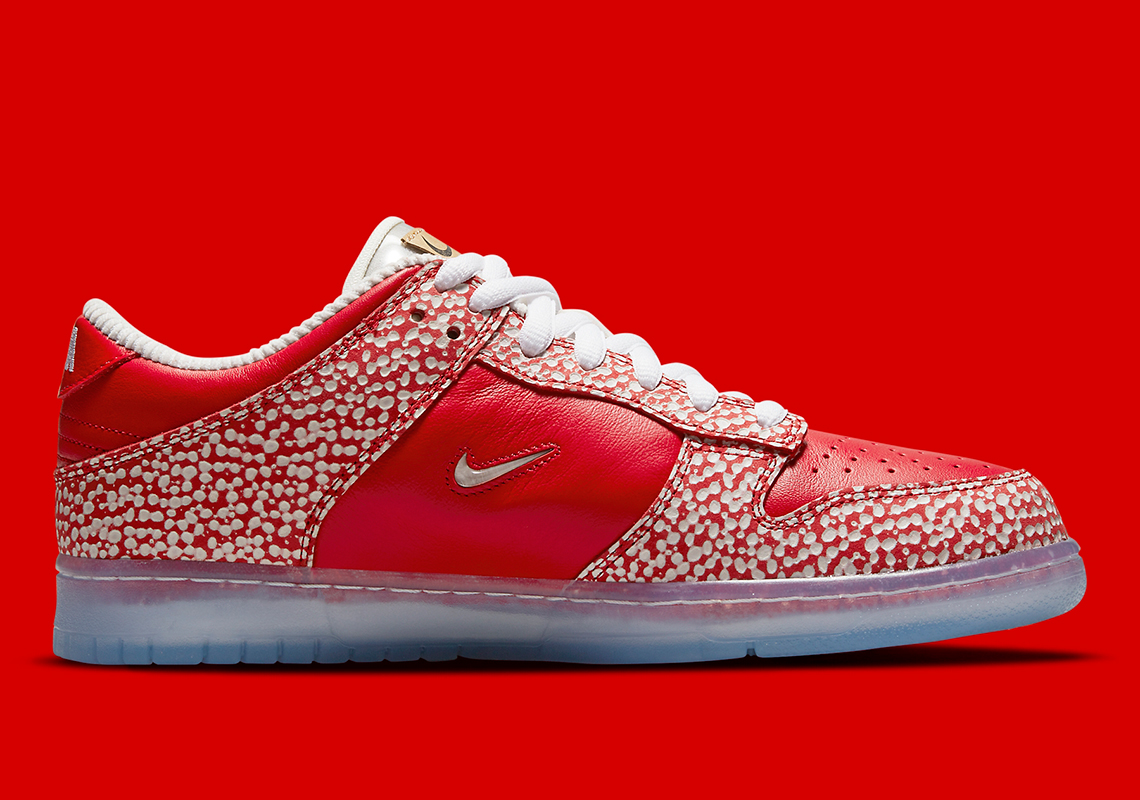 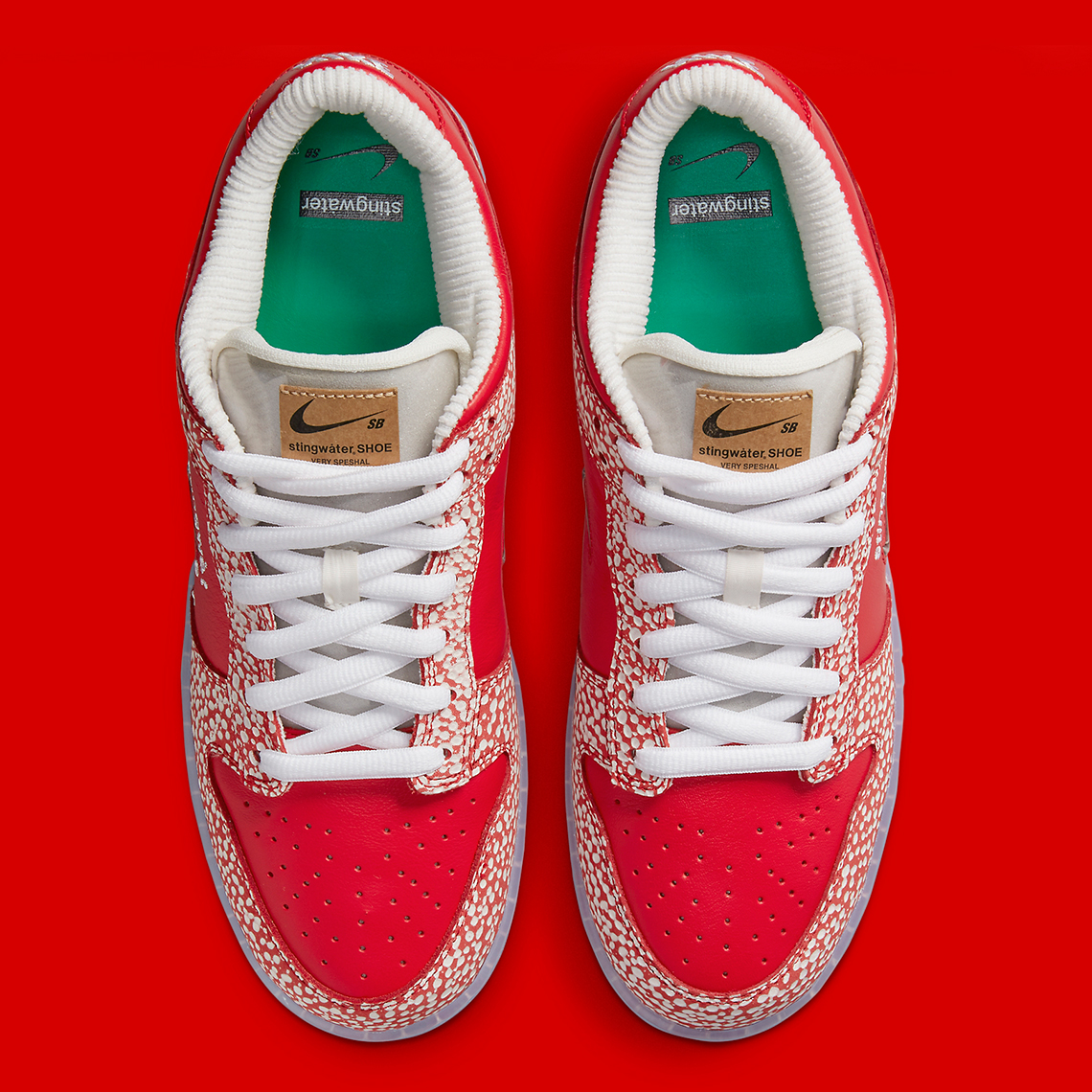 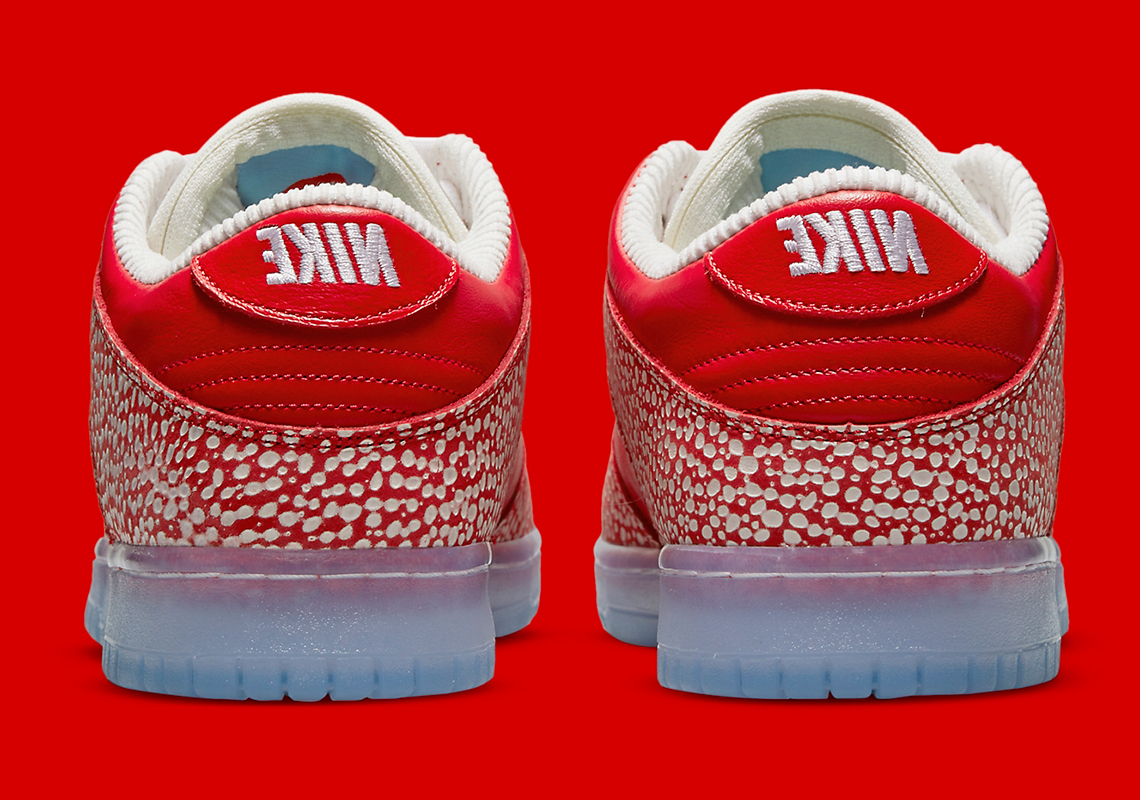 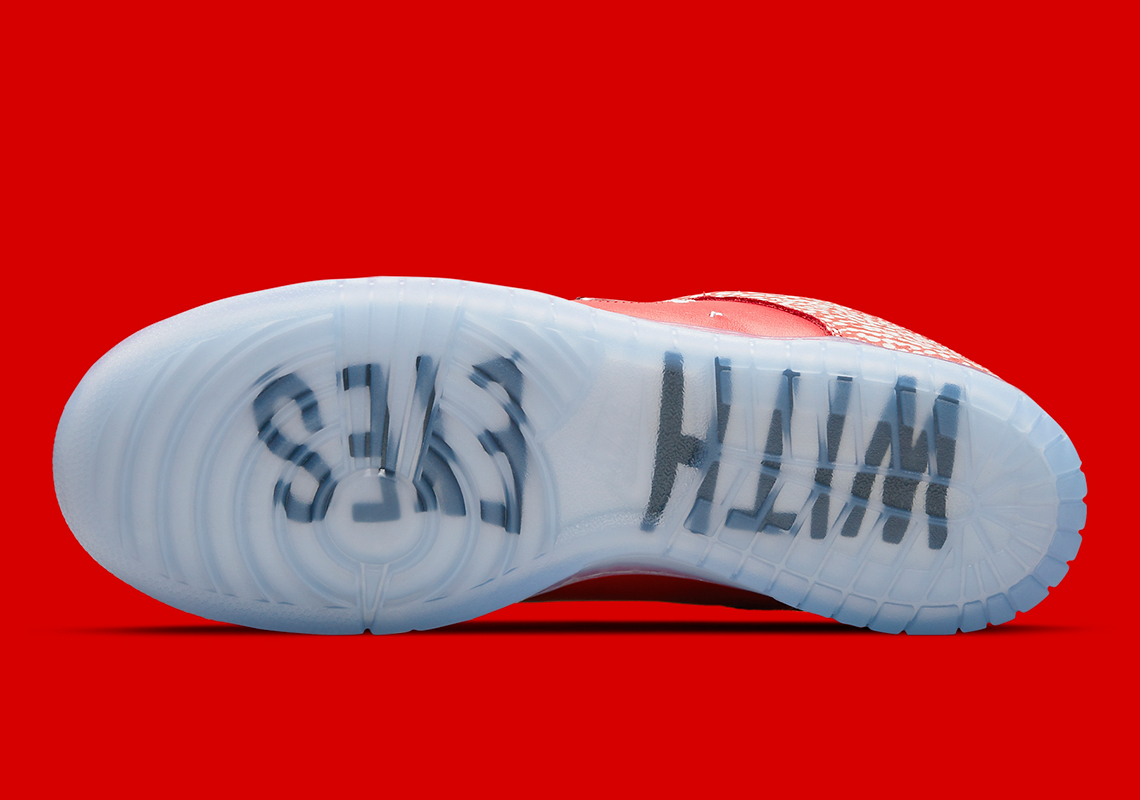 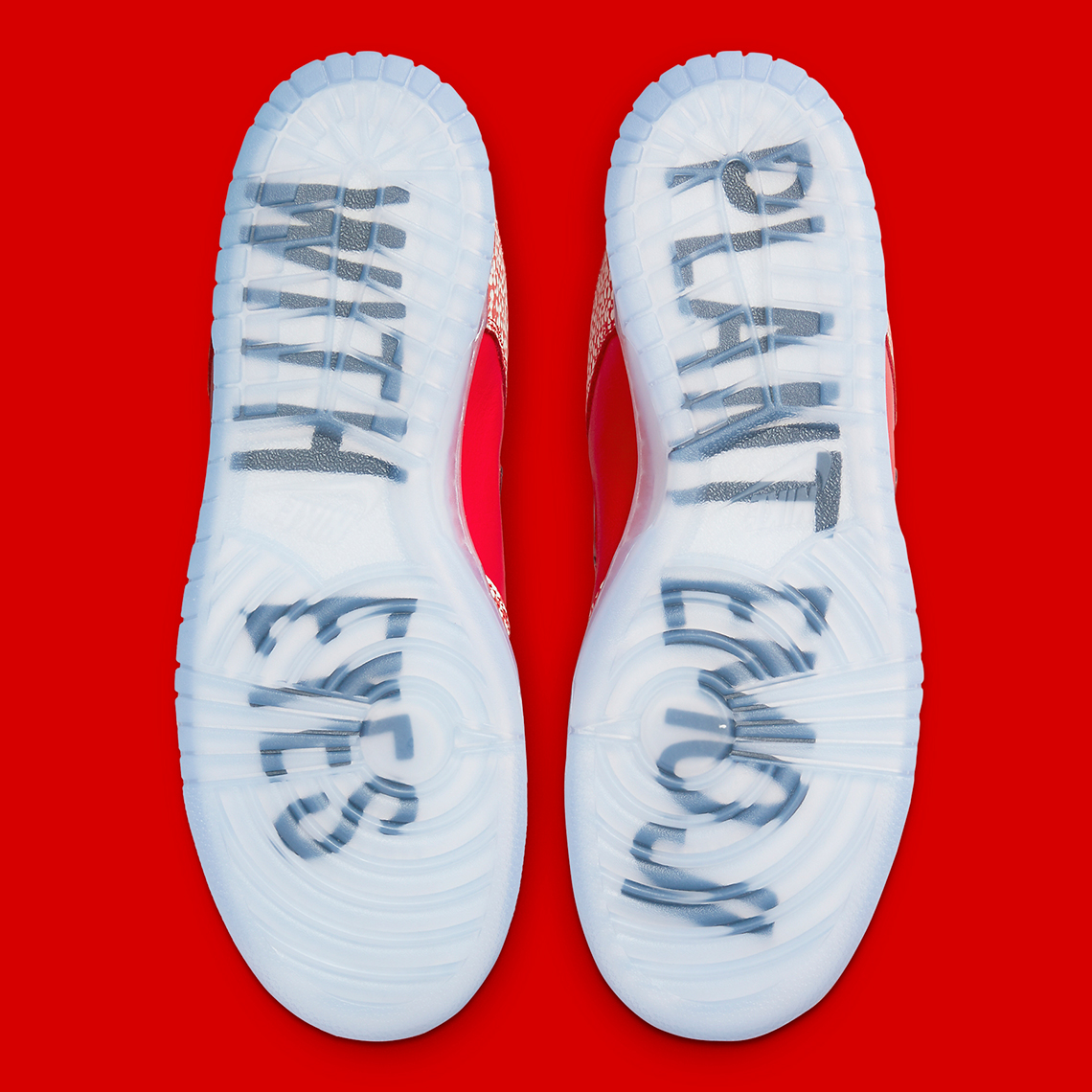 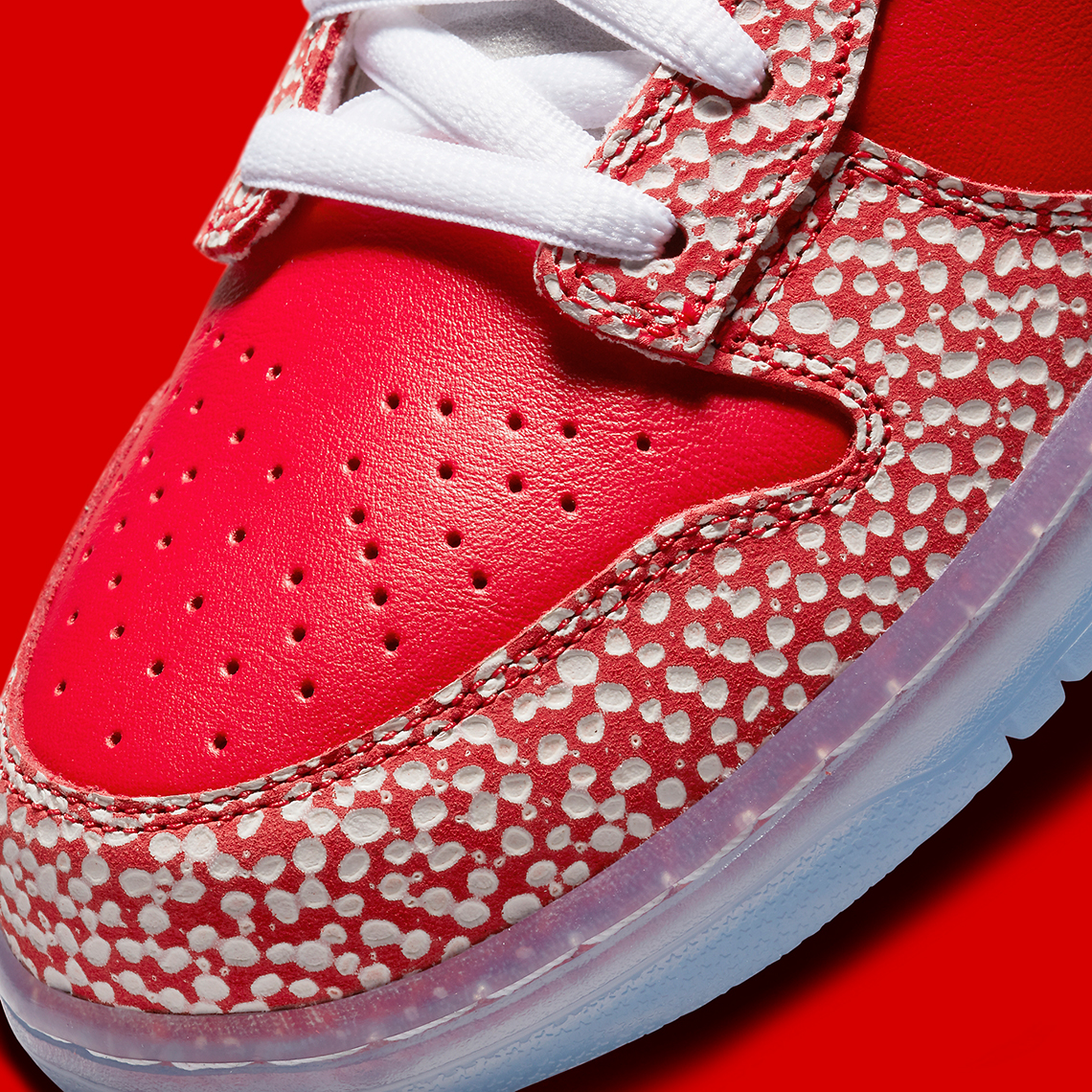 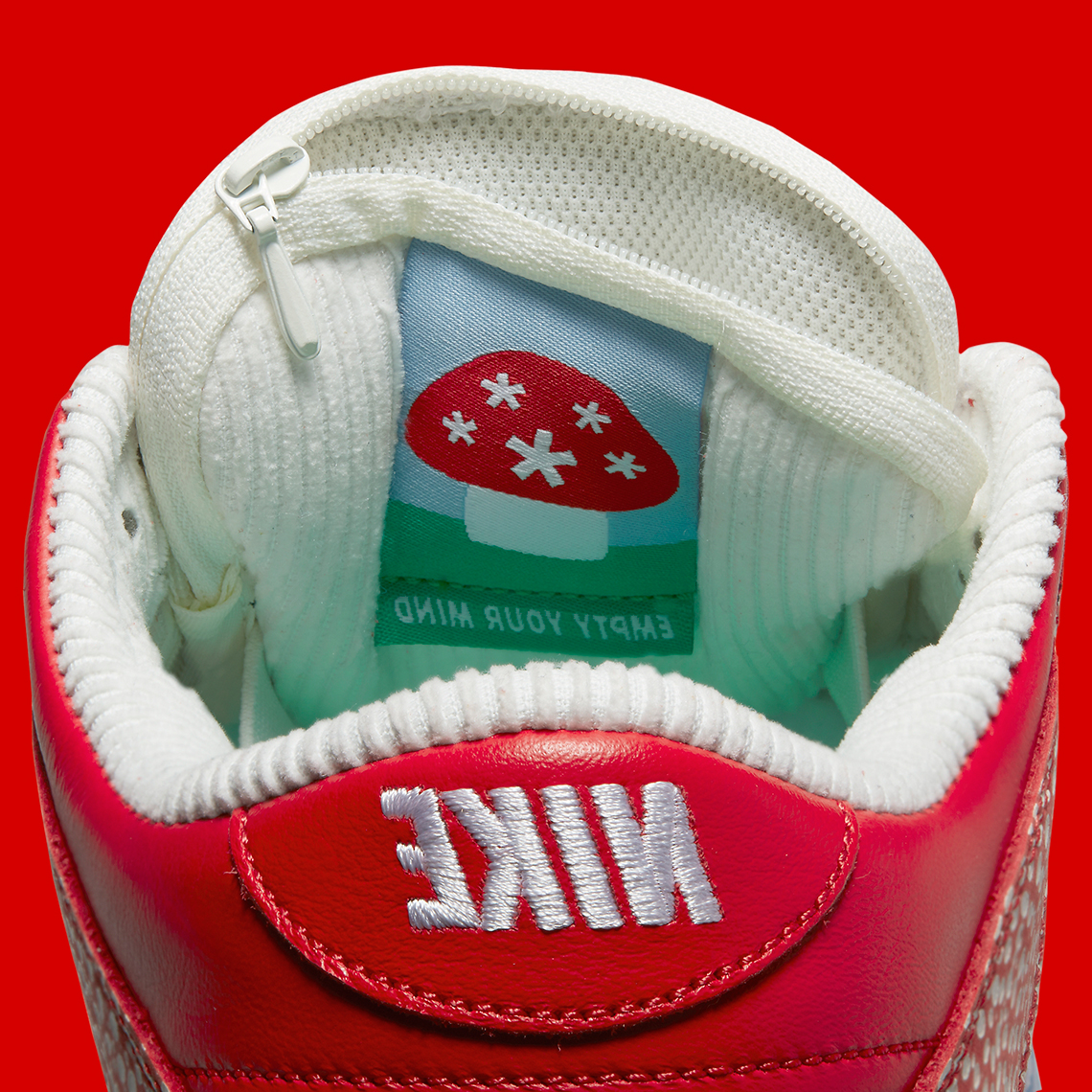 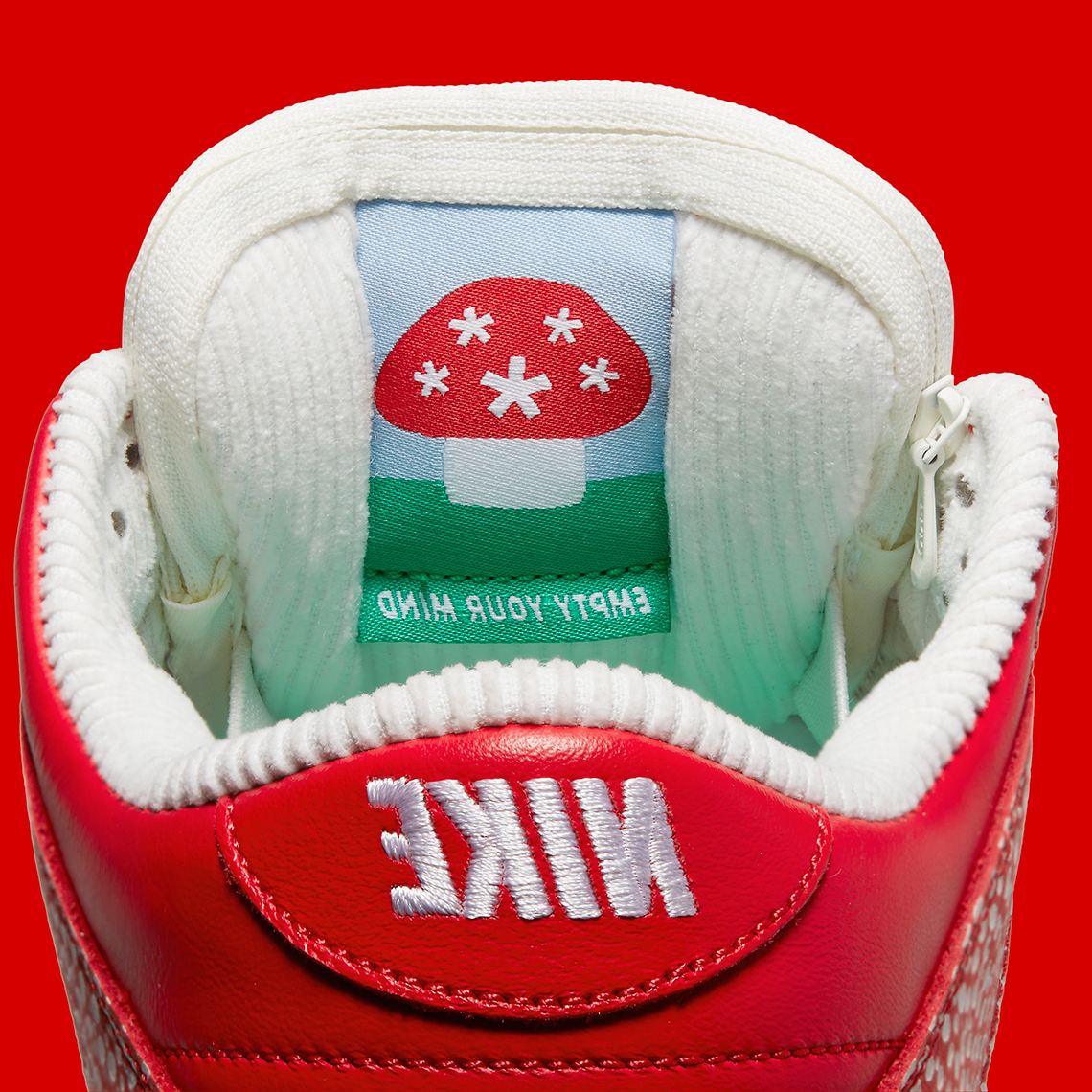 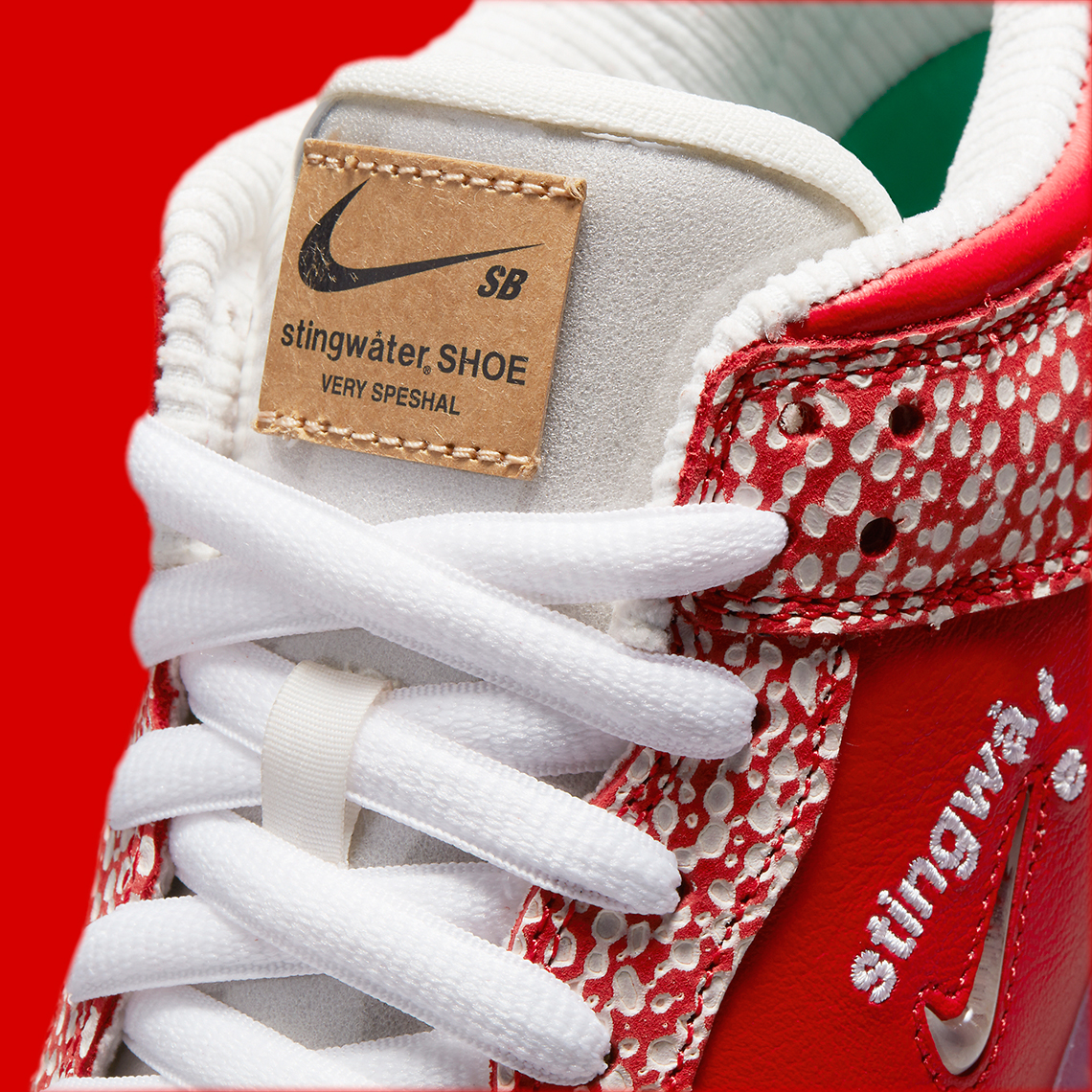 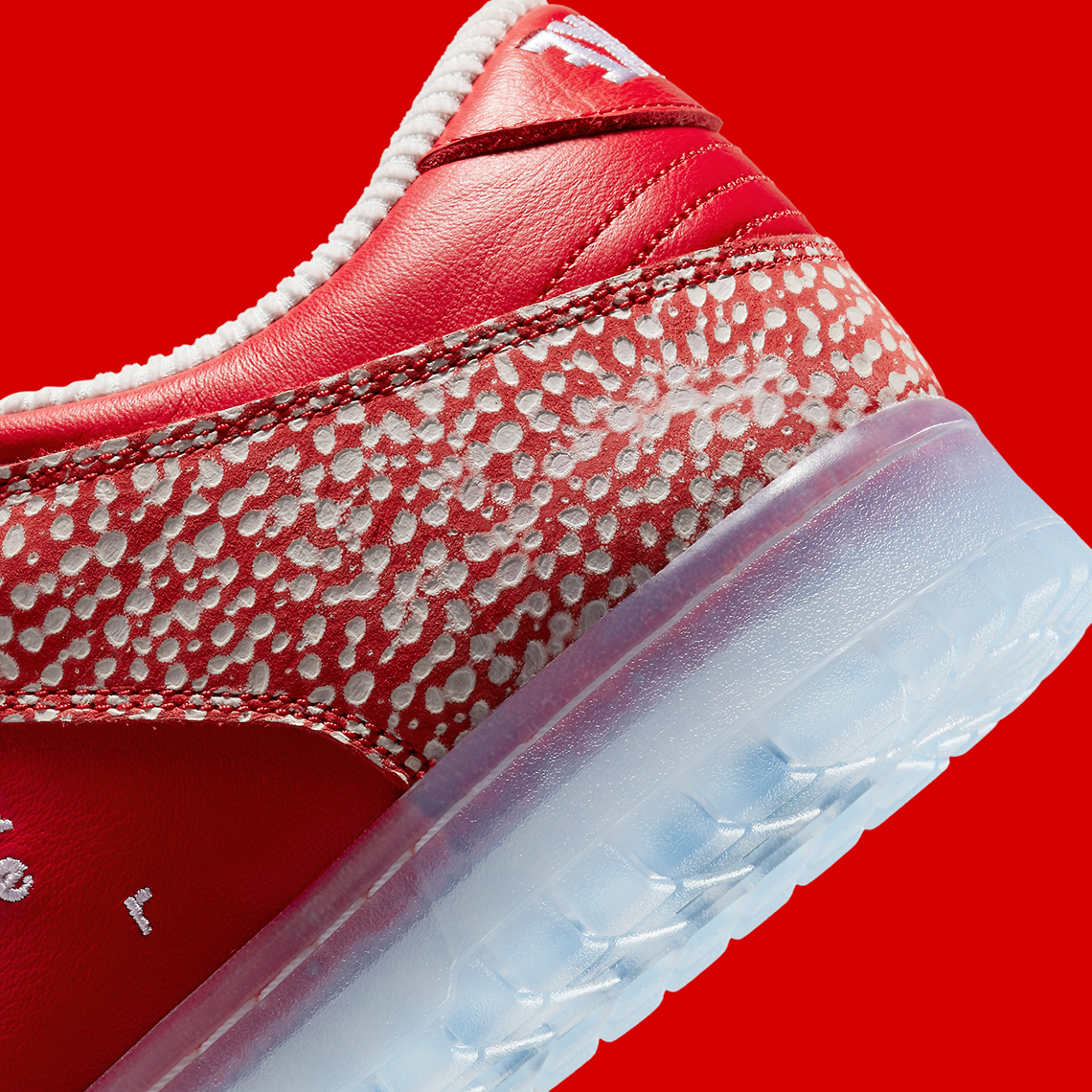