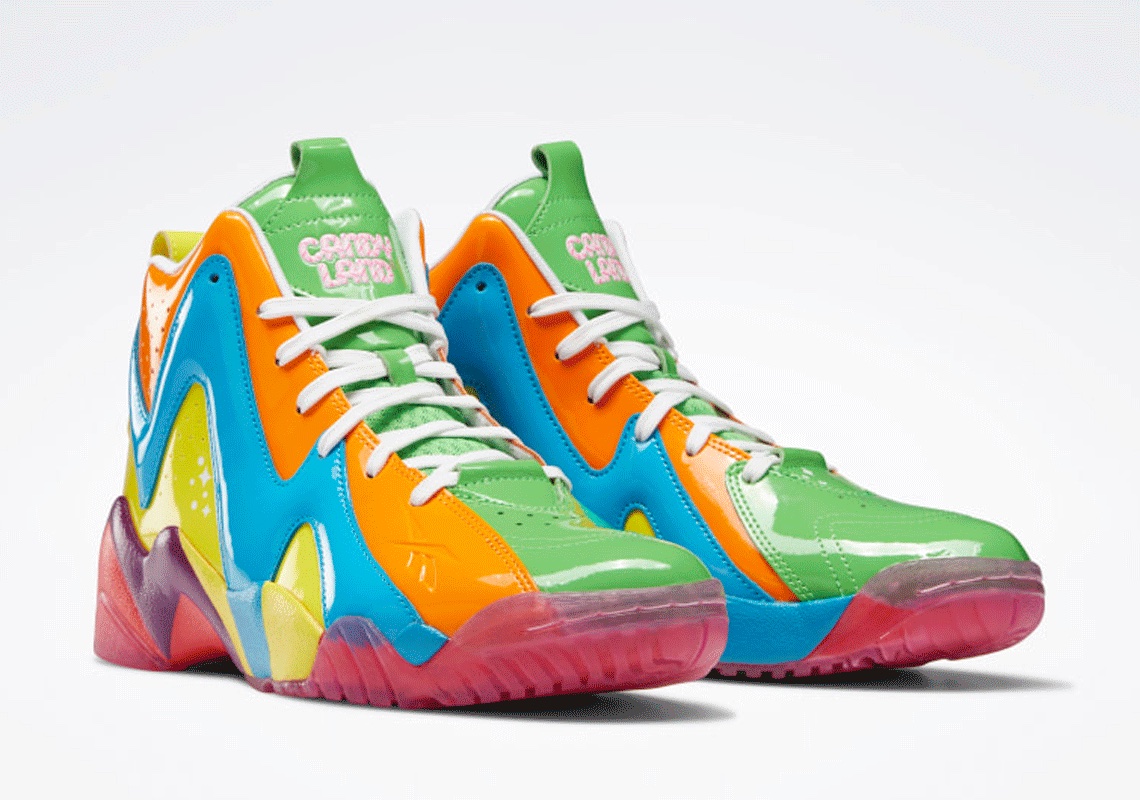 Hasbro’s Candy Land unveiled its Reebok Question Mid earlier in the month, and has taken to the end of March to reveal its Kamikaze II collaboration.

While on-theme like Allen Iverson’s forthcoming sneaker, the newly-surfaced pair ups the colorful ante. Everything from the tongue to the outsole indulges in shades of “Super Green,” “Bright Orange” or red, with the upper’s patent leather delivering a glossy, eye-catching finish. (In comparison, the accompanying Reebok Question maintains a mostly white ensemble, accented with Candy Land detailing throughout.) The Kamikaze II’s profile components somewhat resemble melted ice cream given their angular makeup and multi-color styling; “CANDY LAND” branding – stylized as candy canes – on the tongue further nod to the sweet inspiration behind the latest take on Shawn Kemp’s shoe.

Elsewhere under the Reebok umbrella, the original Answer IV is rumored to return soon. 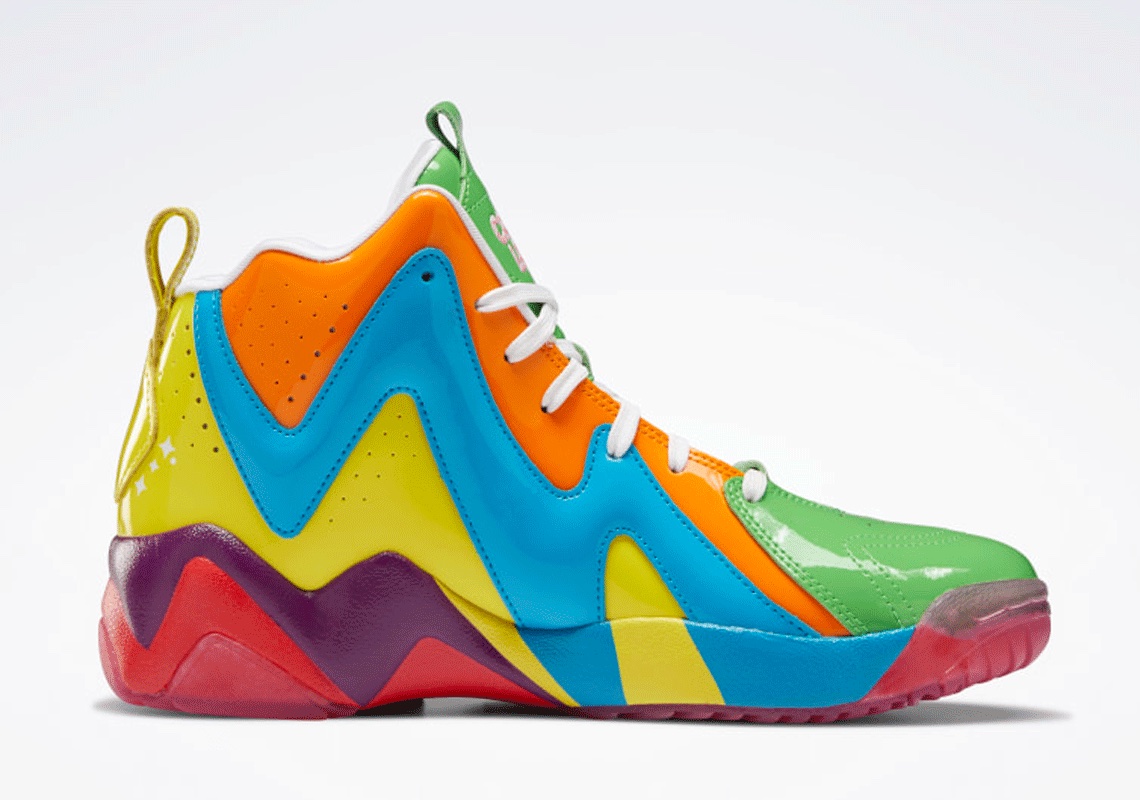 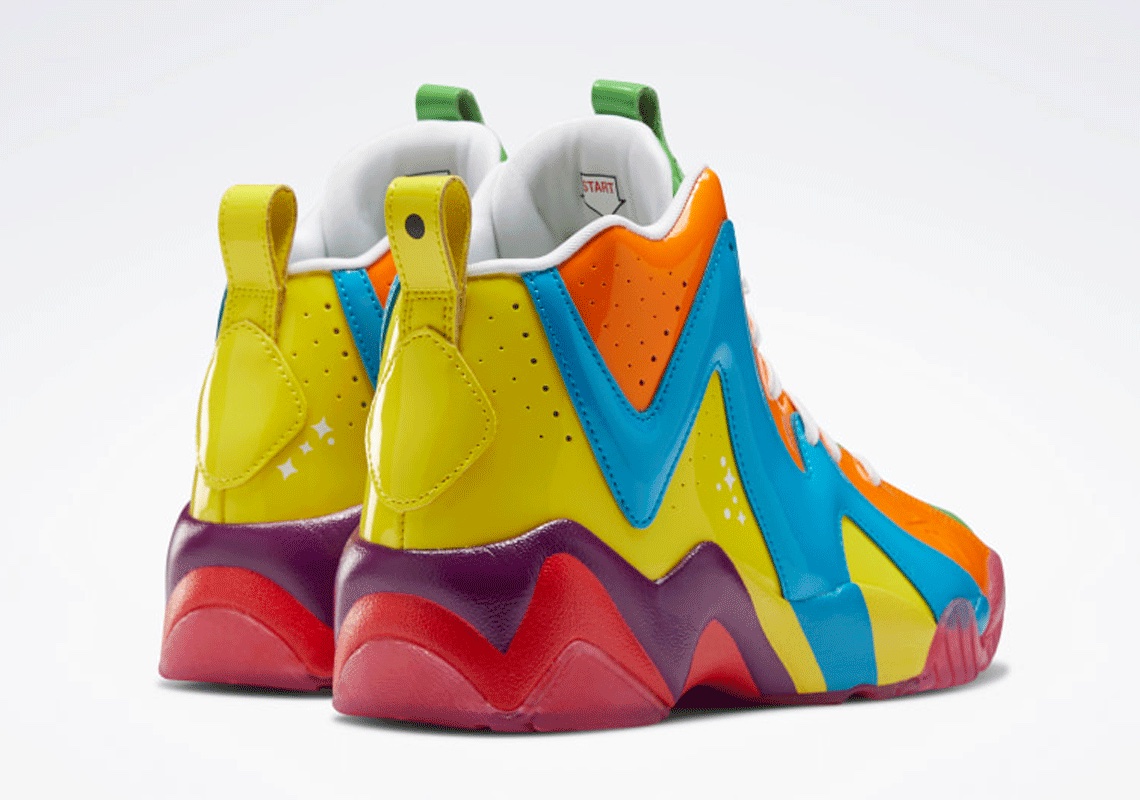 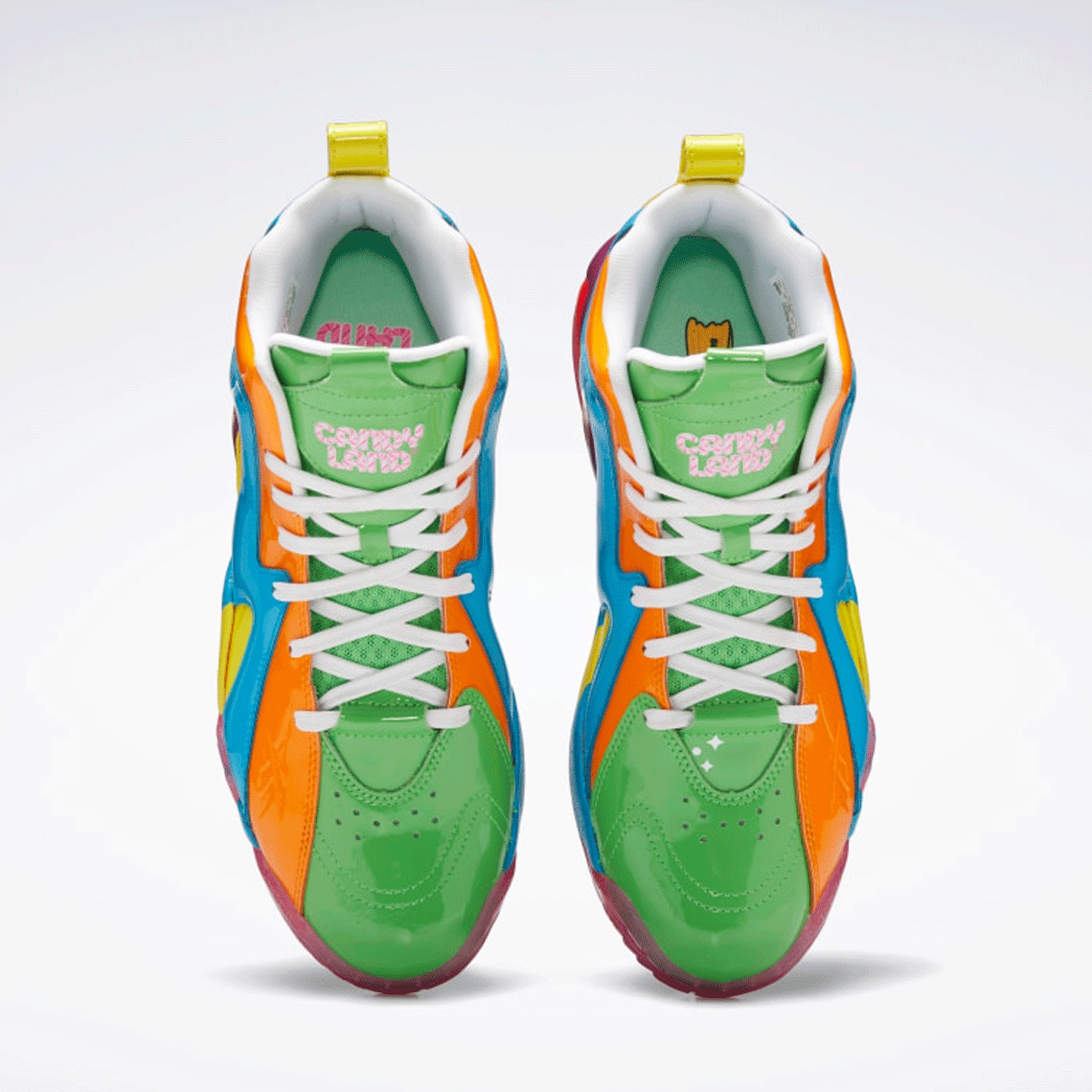 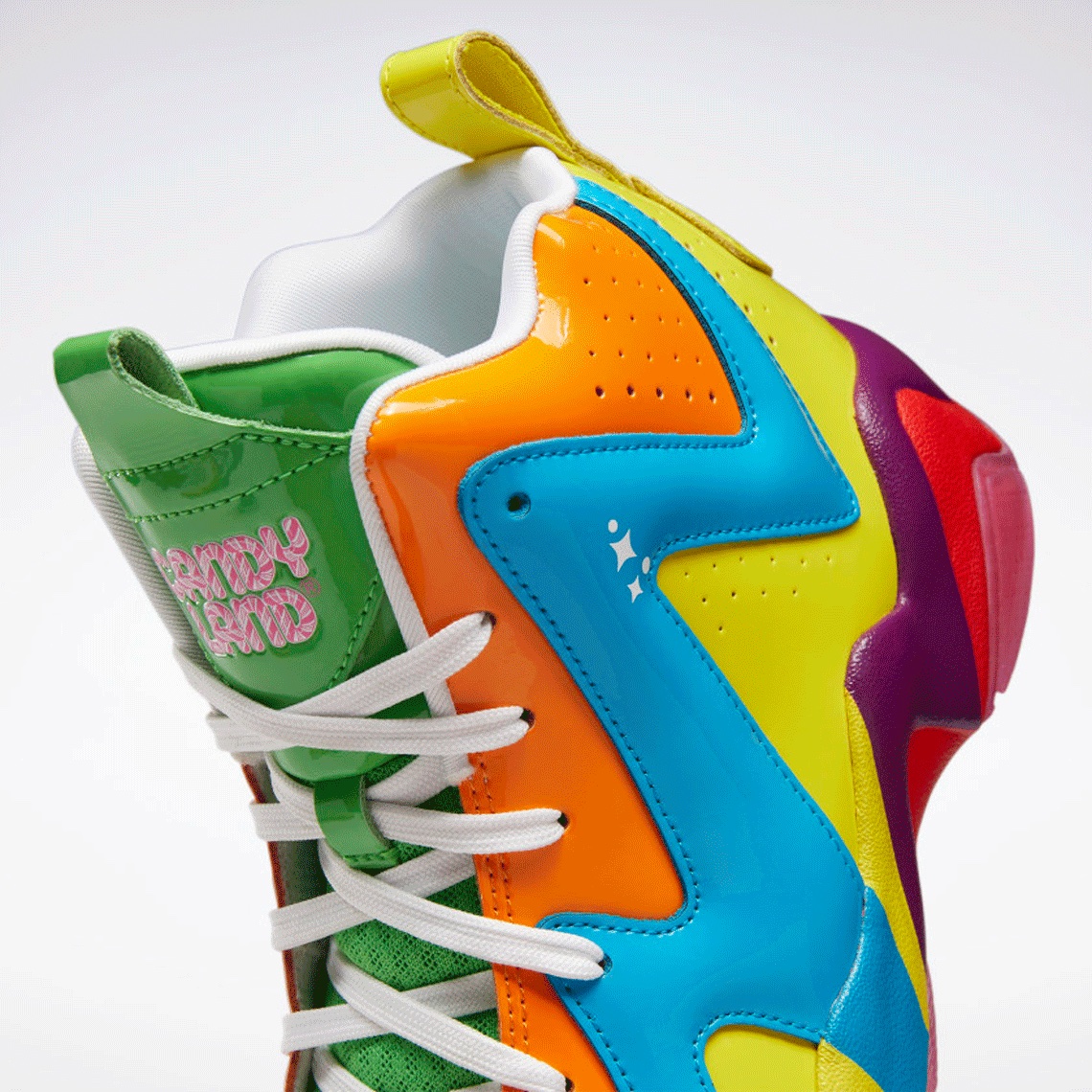 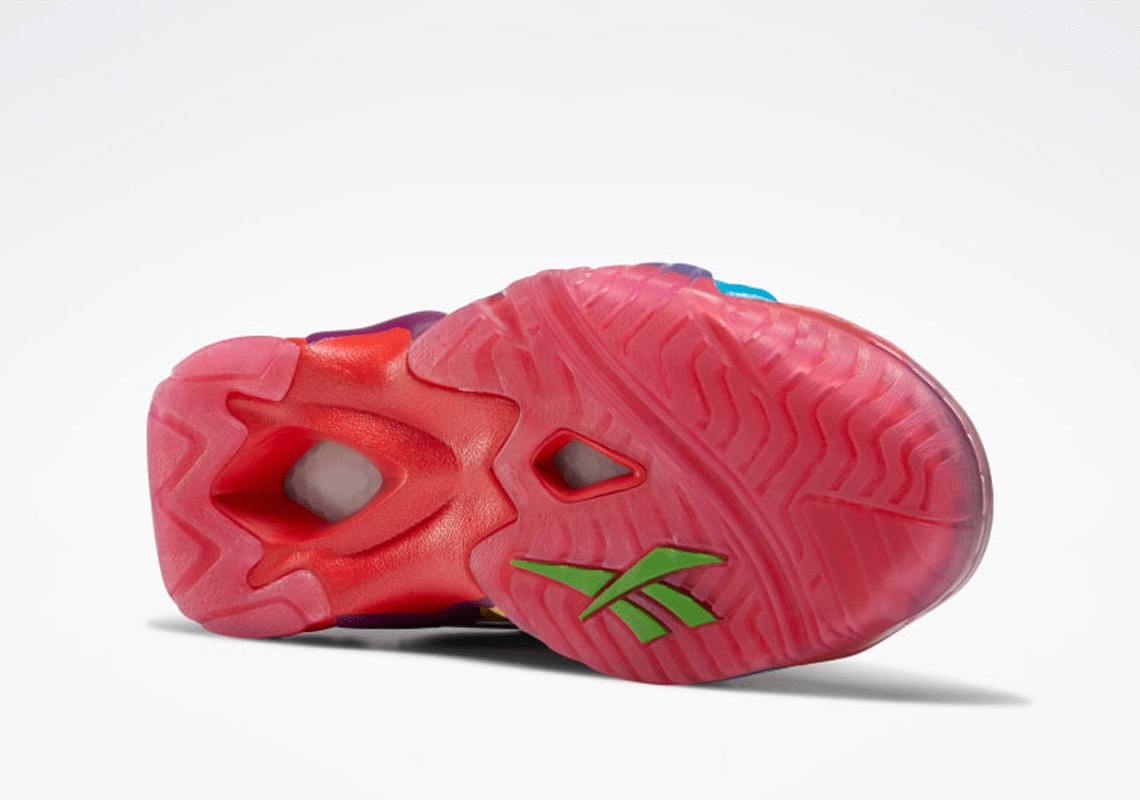