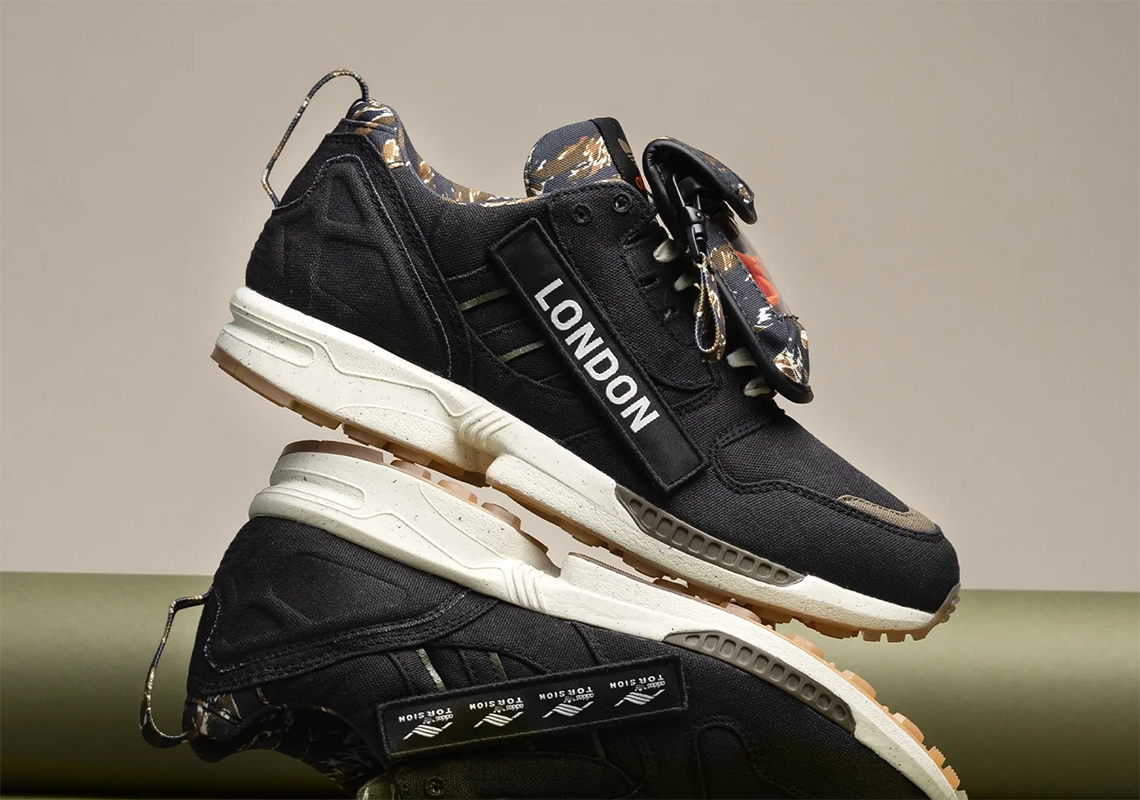 adidas Dials Up The Utility With The ZX 8000 “Out There”

Following a number of unique A-ZX releases, adidas is soon to bring utility and militaria to the uppers of the ZX 8000. Dubbed “Out There,” the colorway wraps up a number of influences and details that make the runner more than functional in the outdoors.

For customization purposes, the side adds a strip of velcro to the construction. Among the patches, you can choose to flaunt “LONDON,” “PARIS,” “1989,” and more — but if these don’t suit you, you can always add on a few of your own. Elsewhere, a detachable pouch hits the laces, featuring both a see-through window and a tiger camo that complements the tongue, lining, and heel. The rest of the upper is rather understated, dressed in a black canvas that adds trims of dark olive.

For a closer look, see the images below. A release is expected to hit select retailers on April 9th with raffles to go live as early as April 7th.

In other news, the Yeezy Boost 700 Bright Blue is about to release later this April. 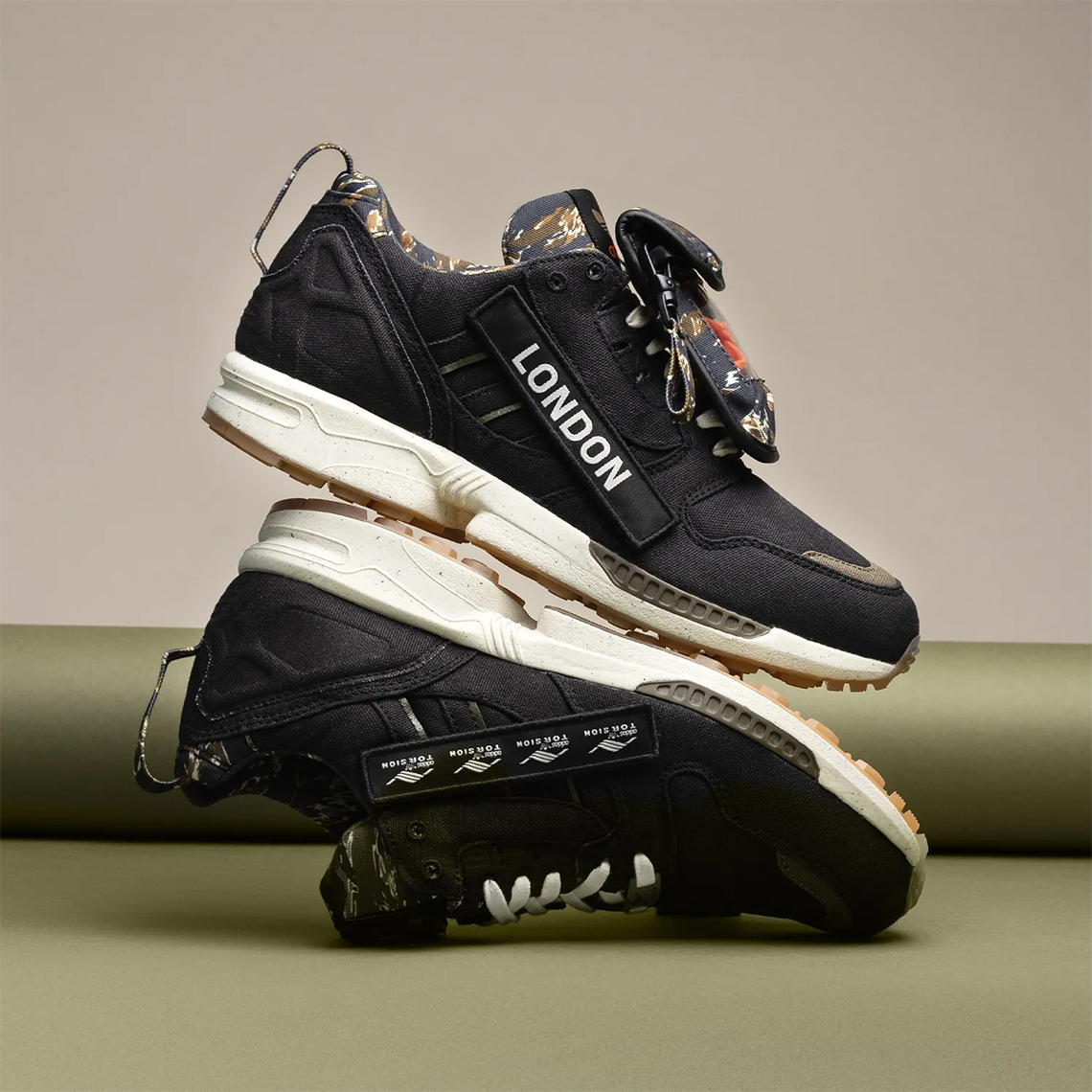 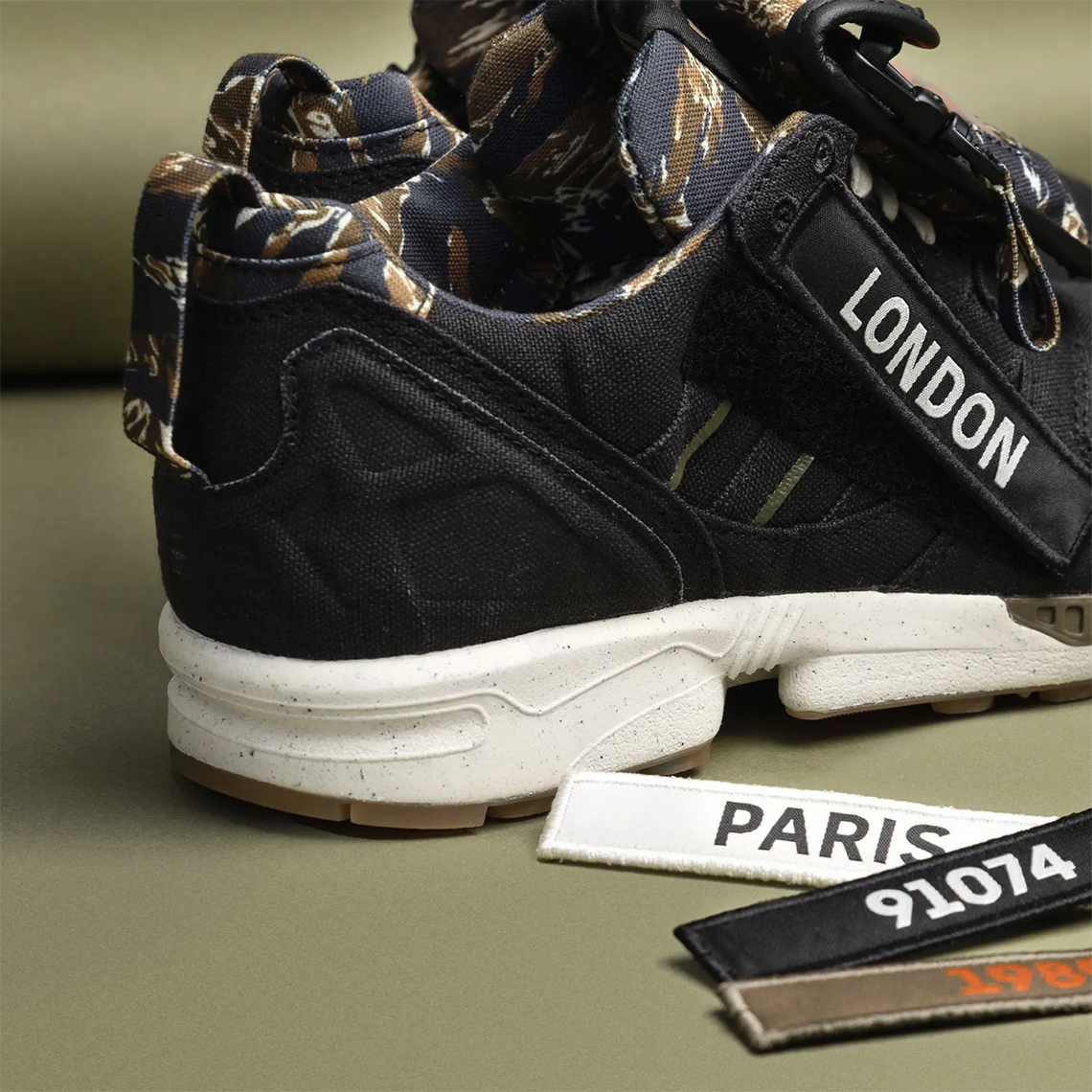 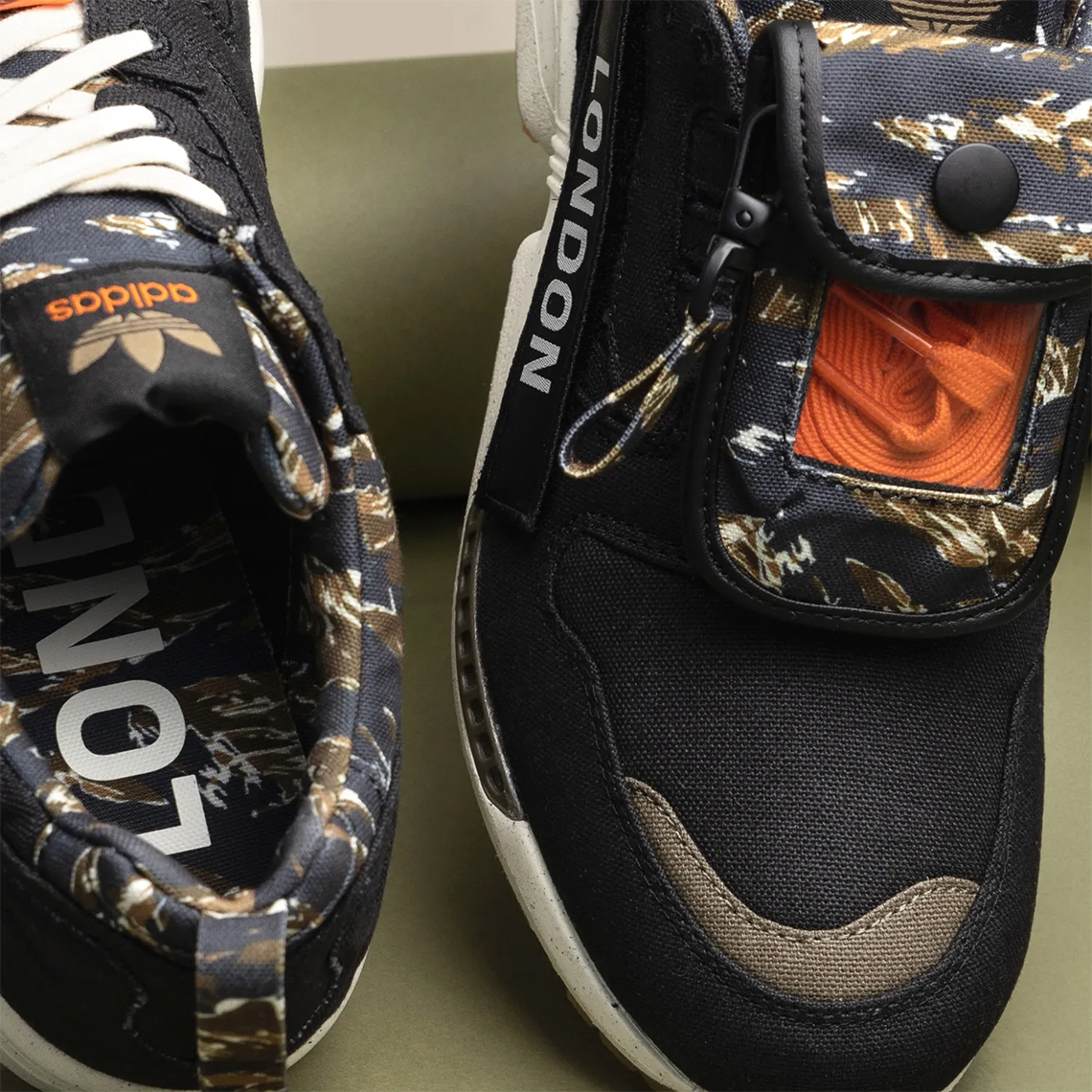