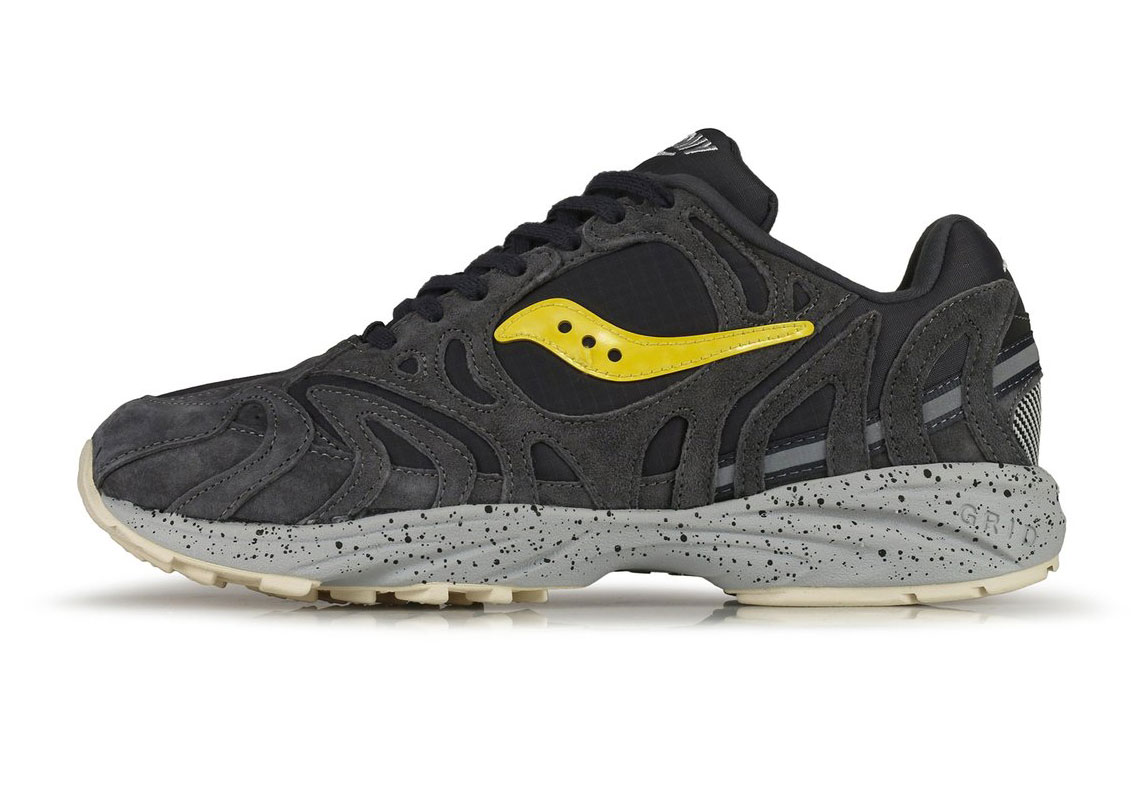 The Saucony Grid Azura 2000 Appears In A Rocky “Asphalt” Look

Compared to the rest of Saucony‘s footwear line, the Azura 2000 is a head-turner as one of the brand’s rather funkier silhouettes. Inspired by retro aesthetics that scream “Party like it’s 1999,” the pair takes things down a notch with a hike-ready arrangement that ditches its usual playful color palettes or a primarily grayscale approach.

This new colorway emerges only days after the announcement of a collaboration with END, which hints at a potential comeback for the model. It consists of a black mesh base that is fully covered by aggressive, wavy suede overlays. Despite the fun look of these haphazardly-shaped elements, their black makeup blends with the uppers for a tamed look. To introduce a pop of color and mimic hiking-inspired styles, the suede Saucony logos stitched onto the sides are in a vibrant Crystal Yellow. The outdoorsy look is further embraced by the EVA midsole, which sports a speckled grey and black look. Underfoot, traction provided by a cream rubber outsole completes the design.

Enjoy official images below and then head to HANON Shop where the Azura 2000 is available for approximately $110.

In other sneaker news, a new Yeezy Boost 700 V2 is featuring translucent uppers. 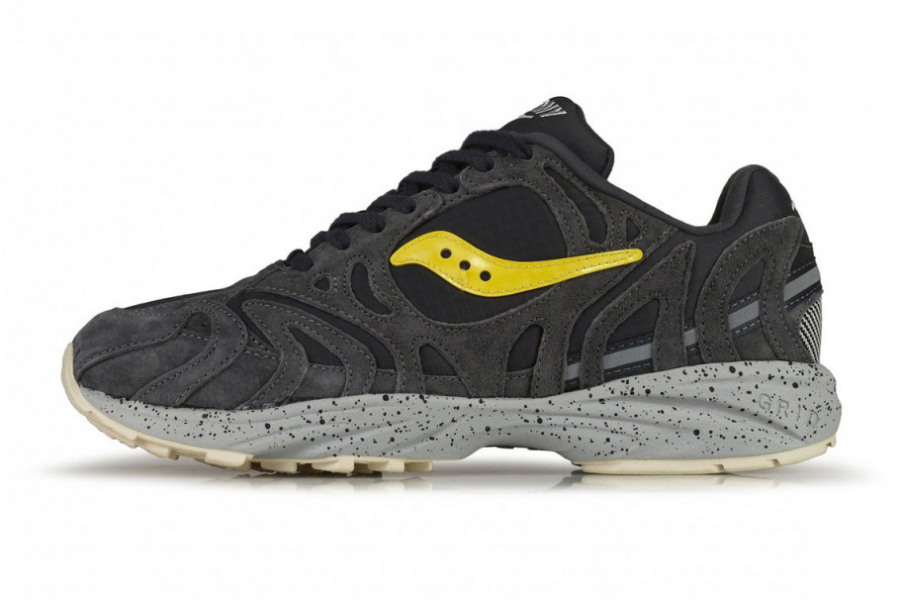 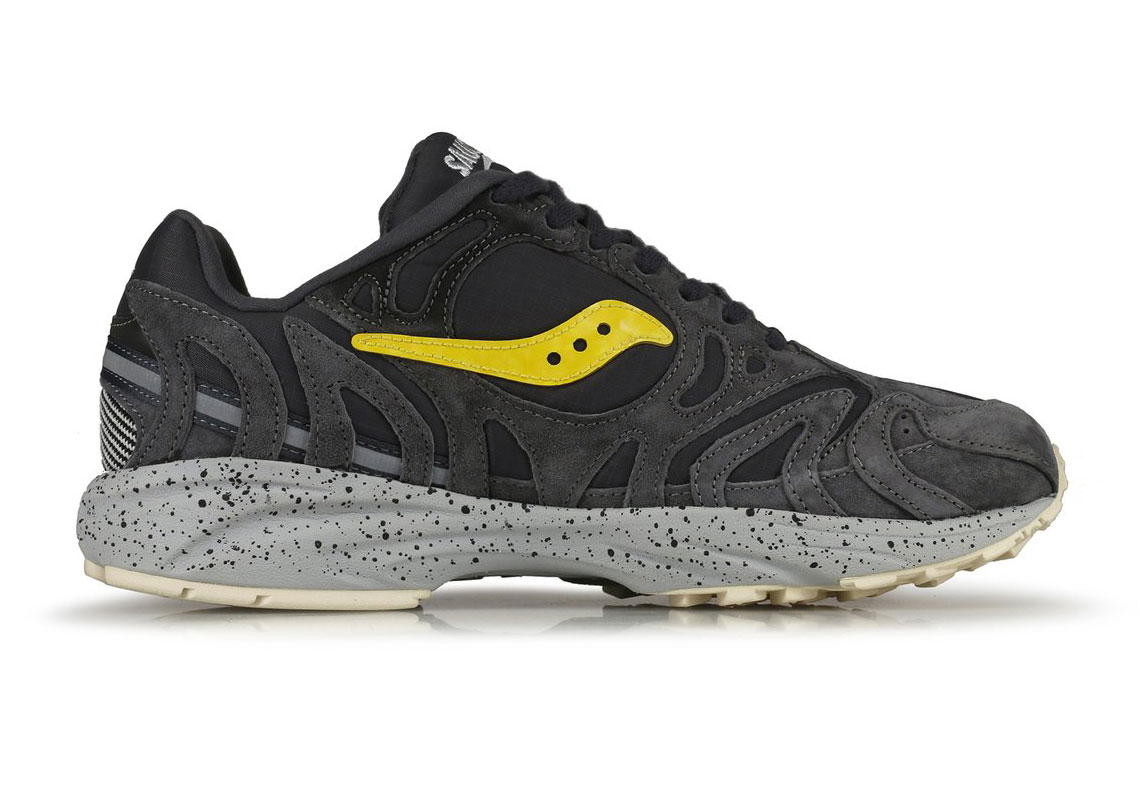 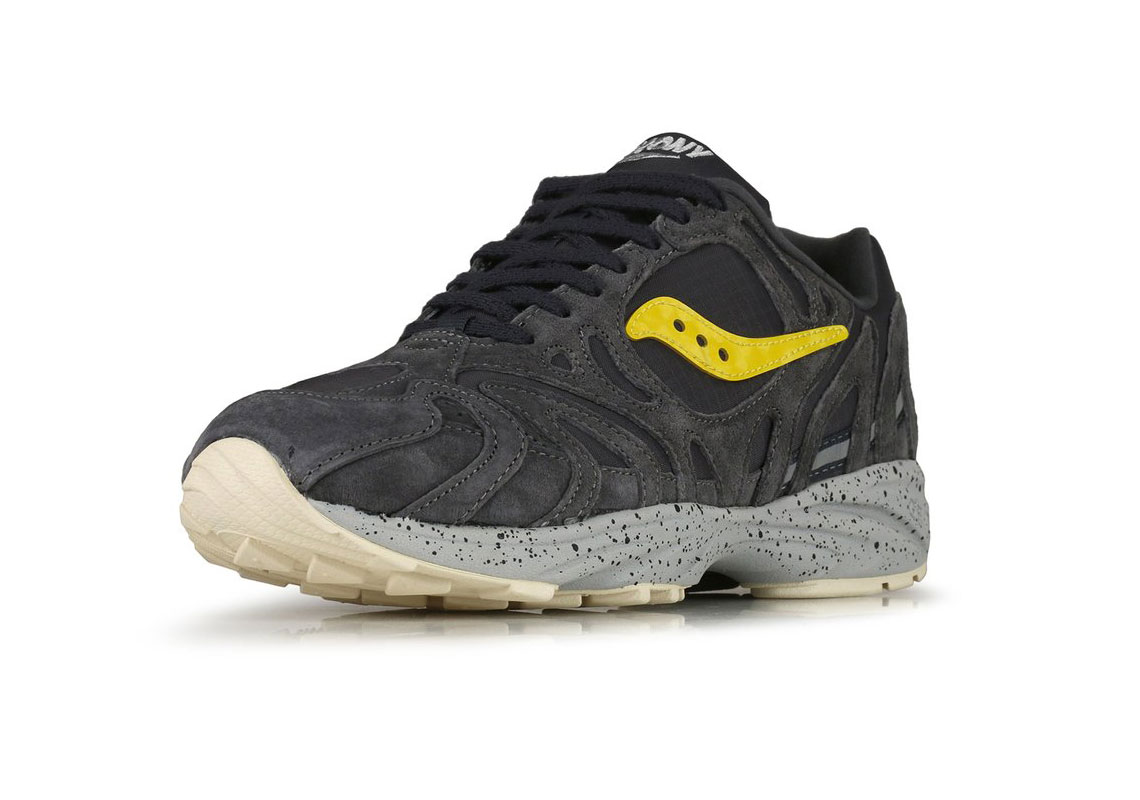 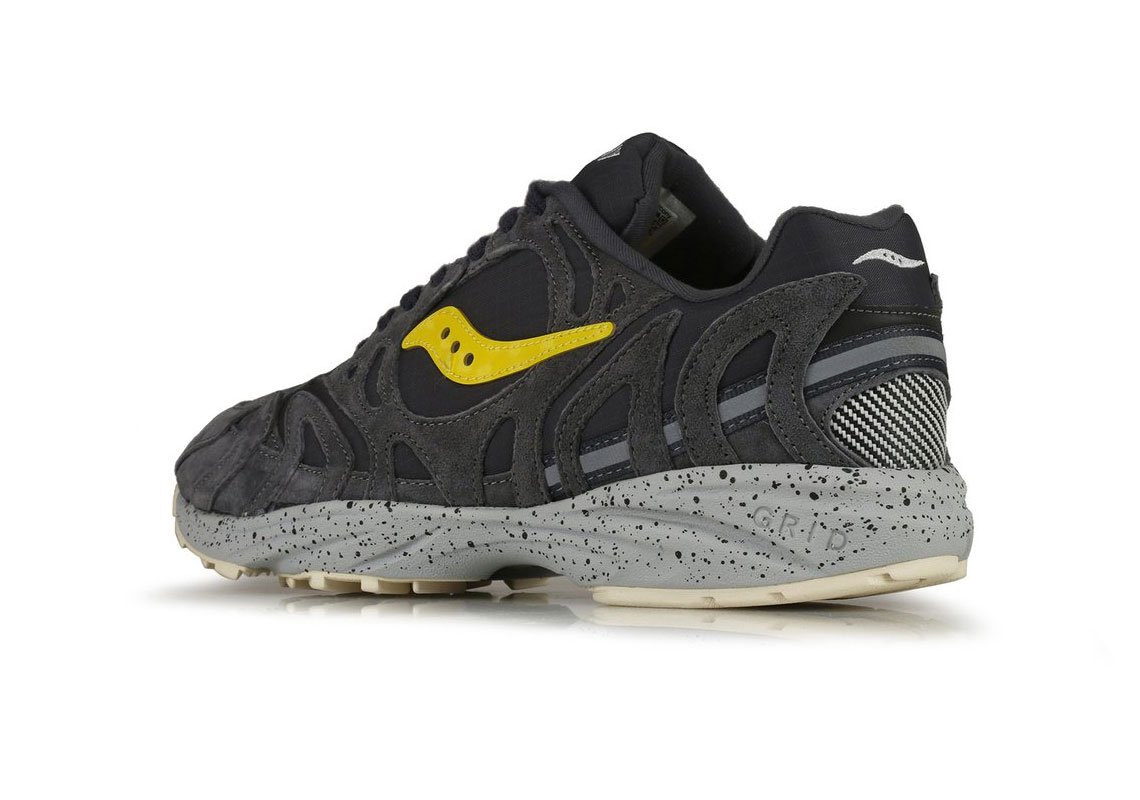 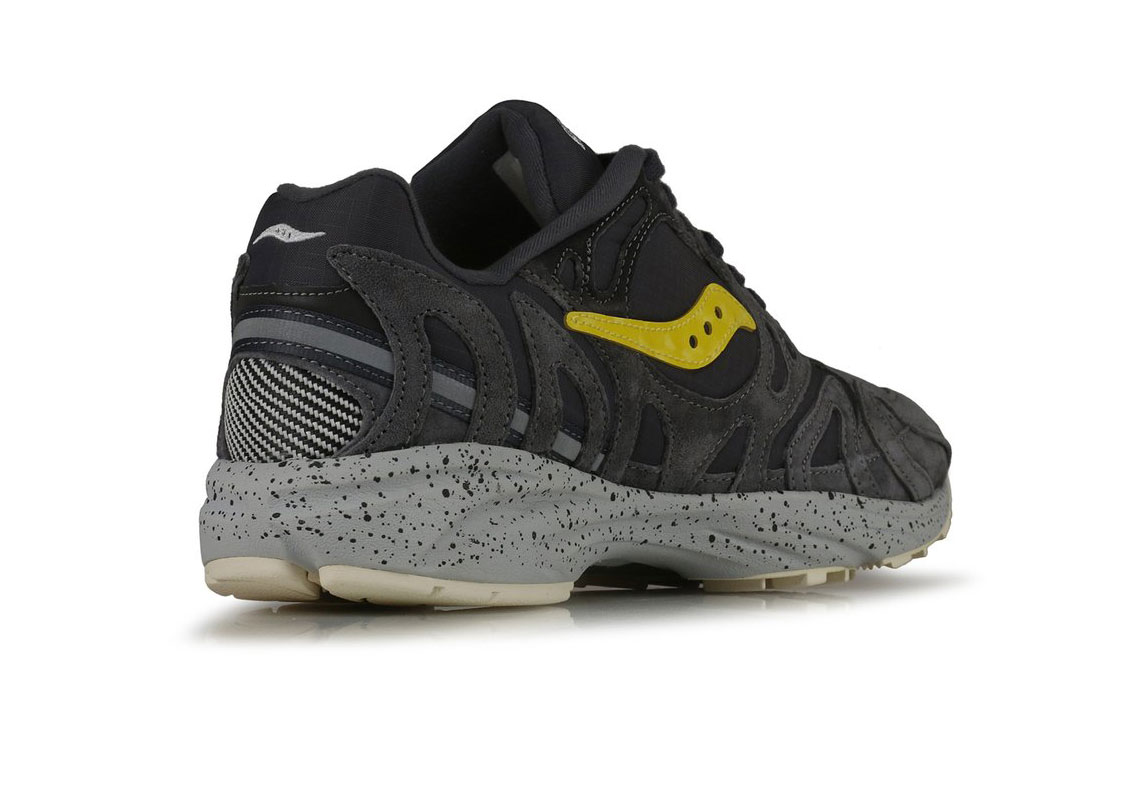 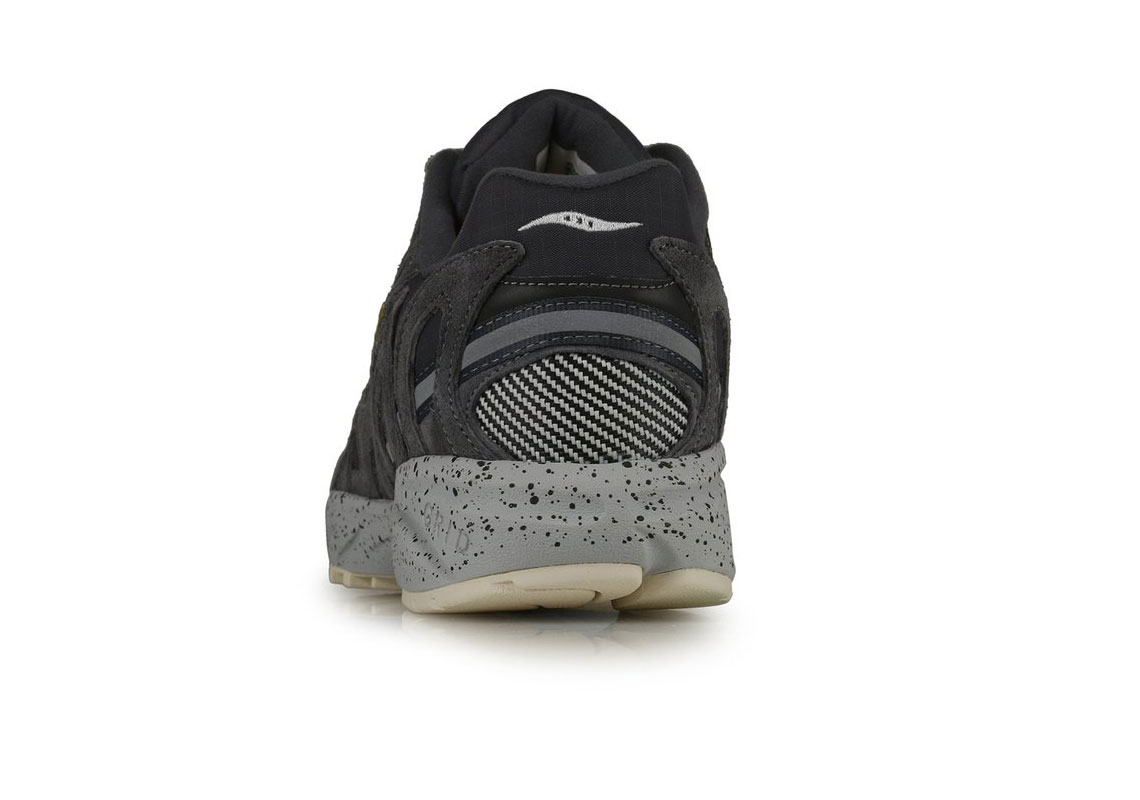