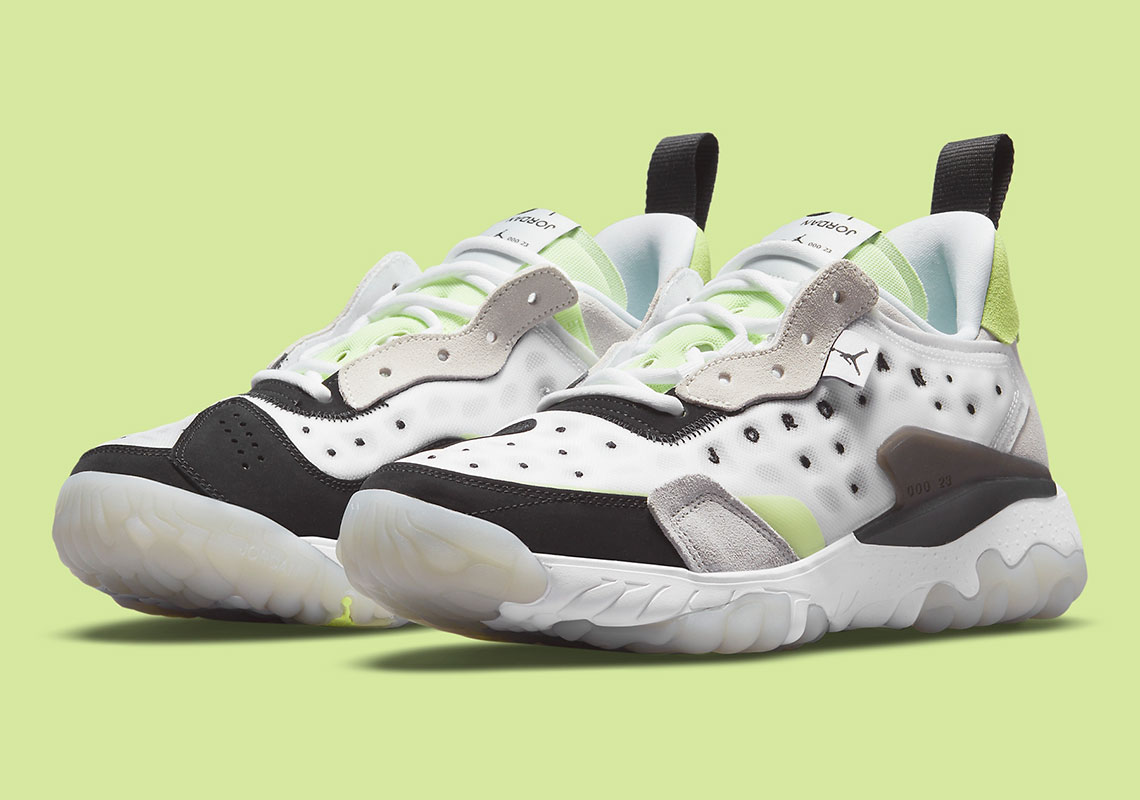 The Jordan Brand has been gradually expanding its collection of lifestyle propositions with names such as the Air Jordan 11 CMFT and Jordan MA2. Although the Jordan Delta was only released a year ago, the lifestyle model is getting another iteration, fittingly named the Jordan Delta 2. Several colorways of the new silhouette have already emerged; joining the lineup is another white mesh offering with subtle pops of color—specifically Cyber Green.

Uppers are composed of white mesh in which a perforated body is housed underneath. The perforated body is similar to the airy construction of the Nike Free Run Trail. A similar construction is also used for the Cyber Green tongue, flaunting a new, abstract Jordan-branded label. Throughout the design, haphazardly-shaped suede and TPU overlays are applied in black, grey, and the aforementioned green. As with the previous style, the Delta 2 also infuses Nike React comfort, but incorporates a new, playful outsole. The textured foam outsole sports a bubbly pattern that is also seen on the rubber portions for added traction.

Get a closer look at the Jordan Delta 2 below while you sit tight for a Nike.com release in the near future for $130.

In other sneaker news, the Little Posite One “Home” will arrive in full-family sizing. 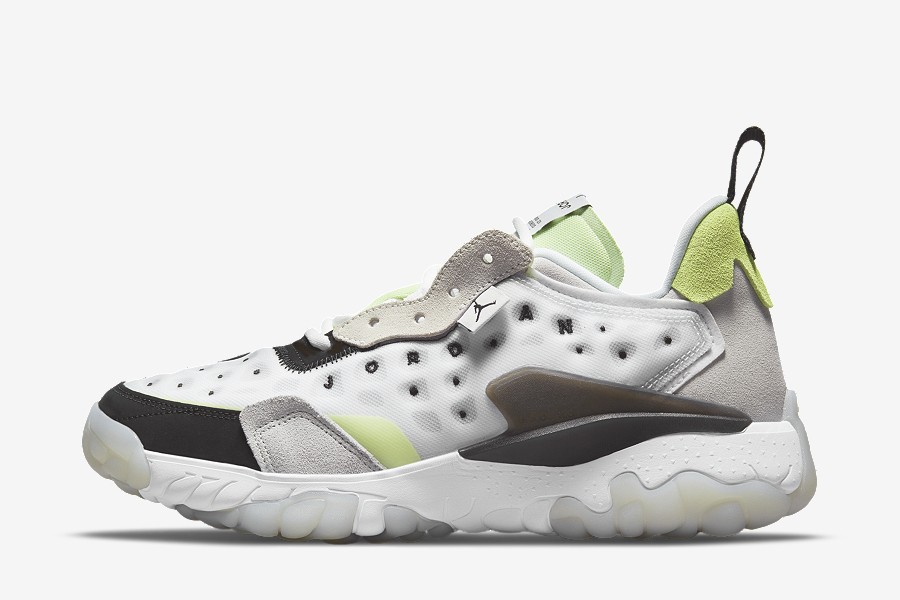 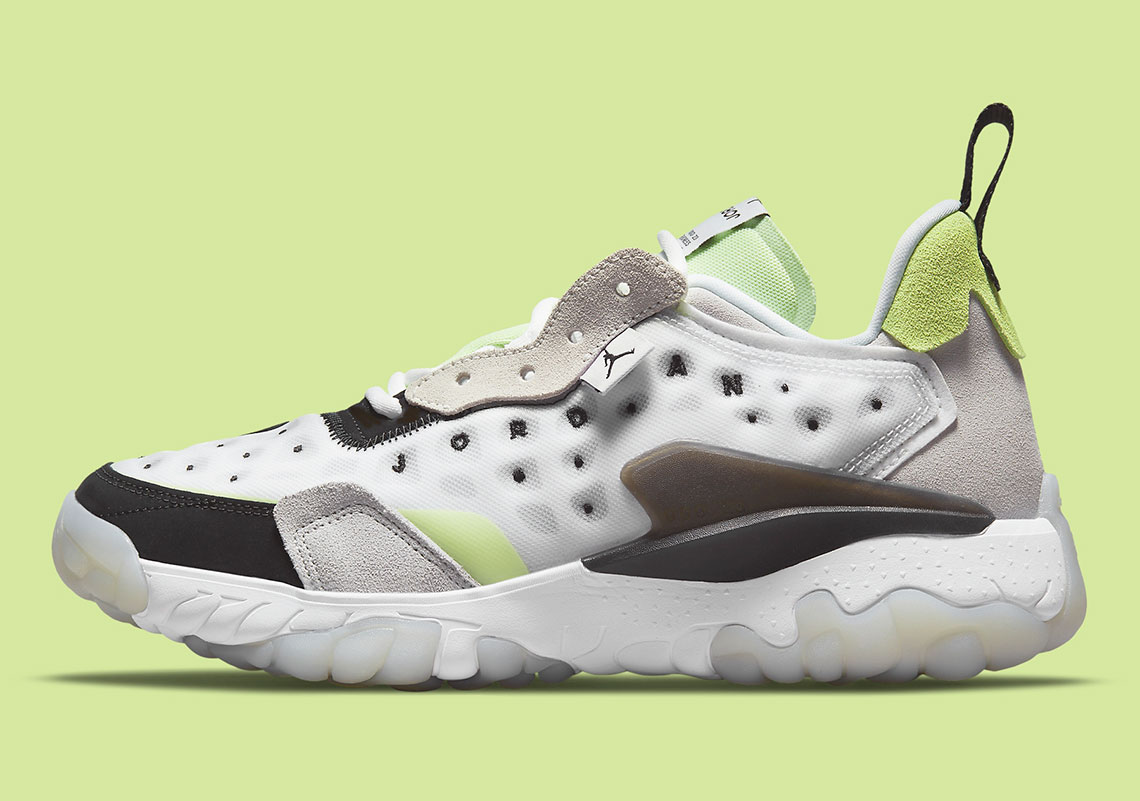 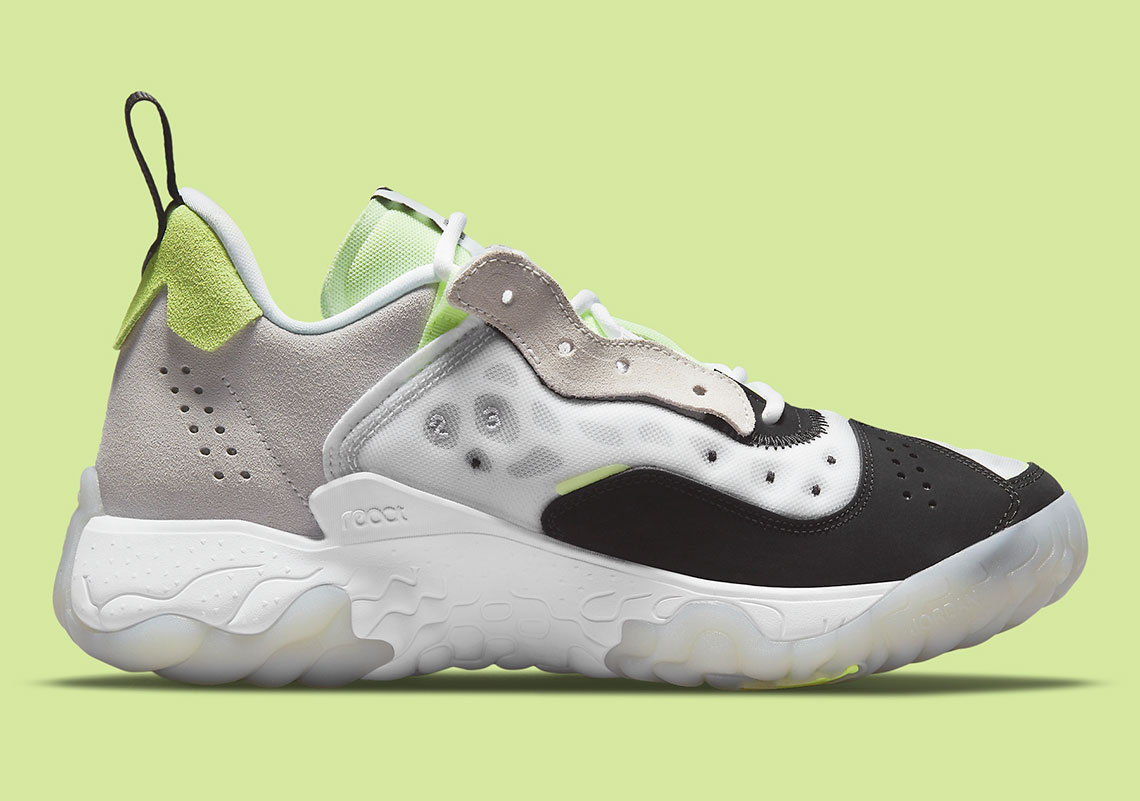 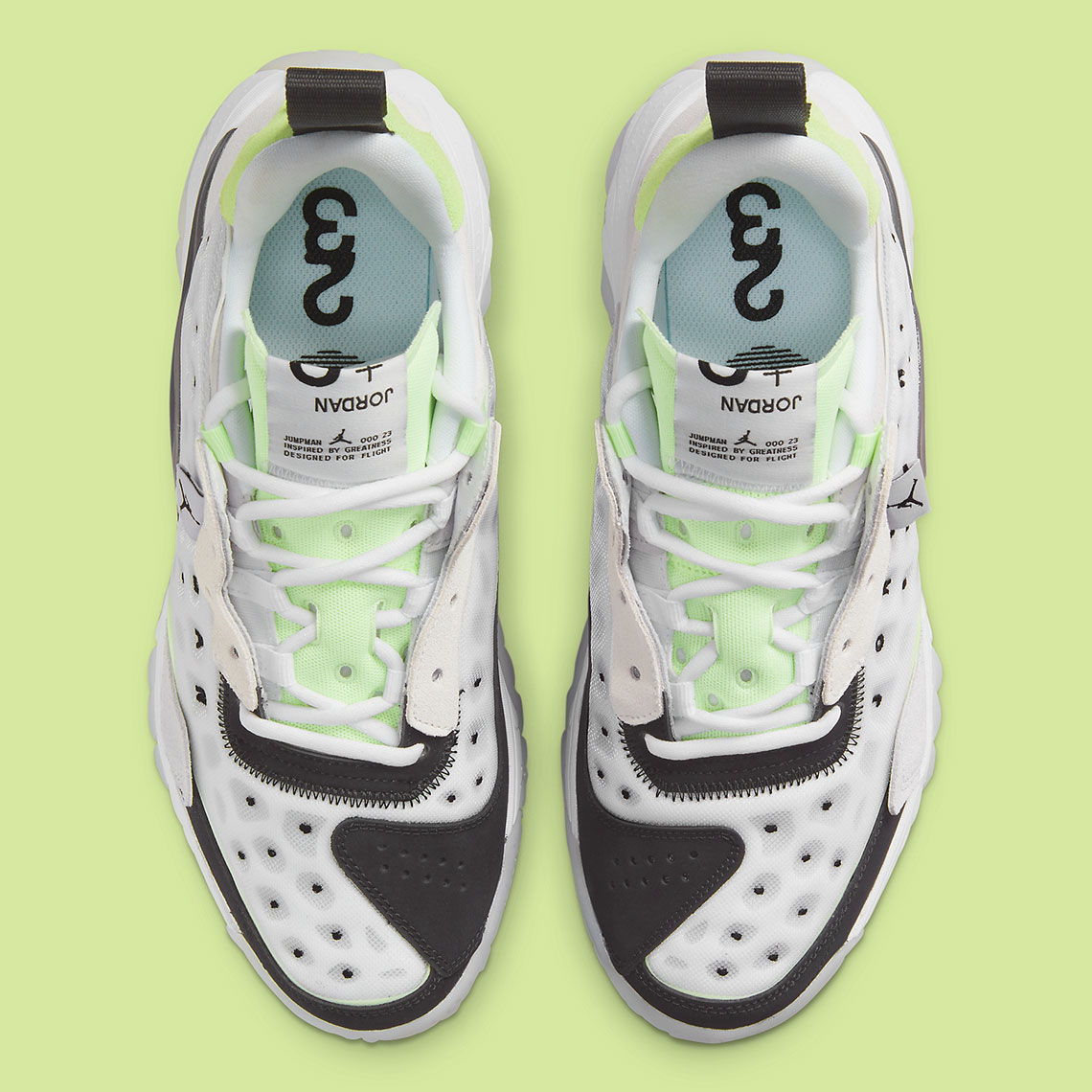 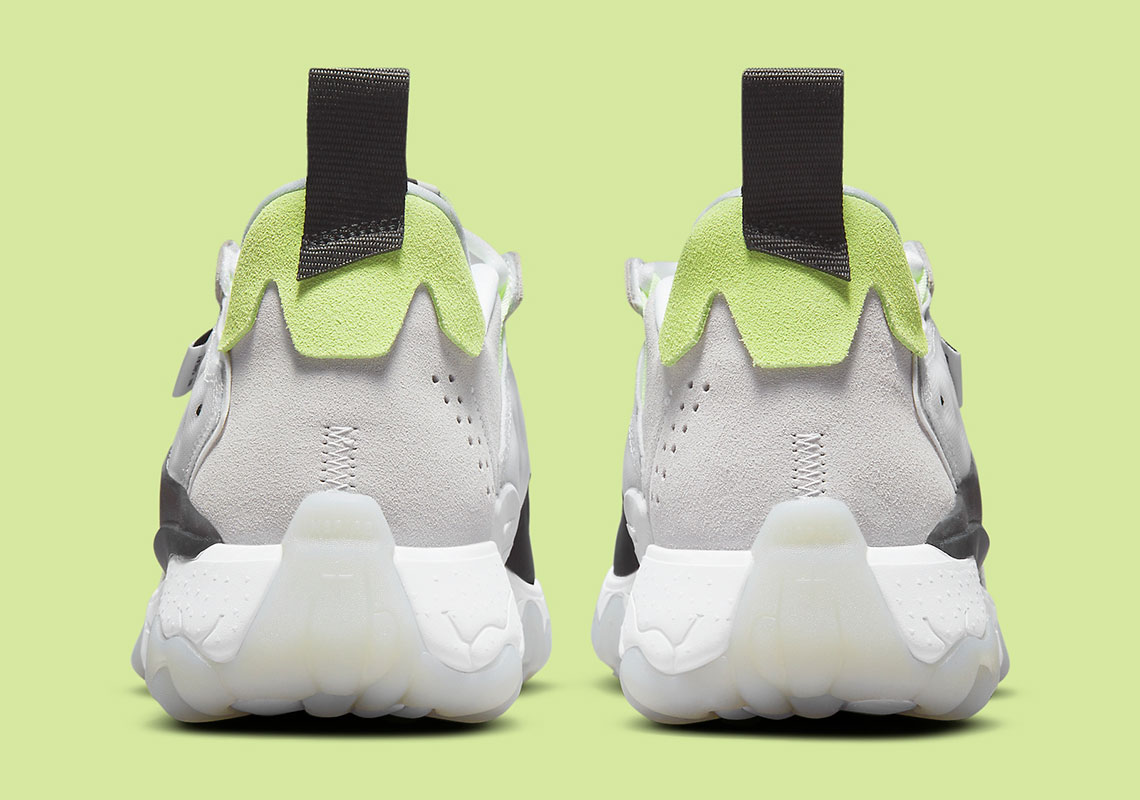 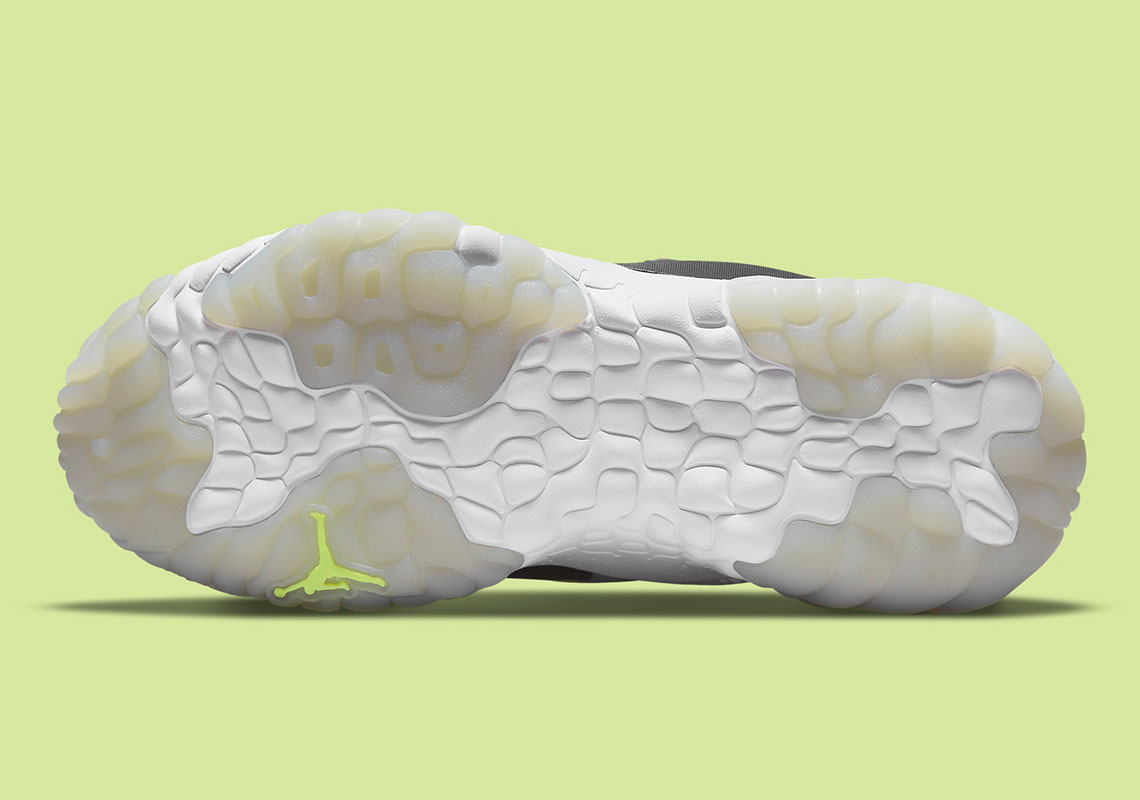 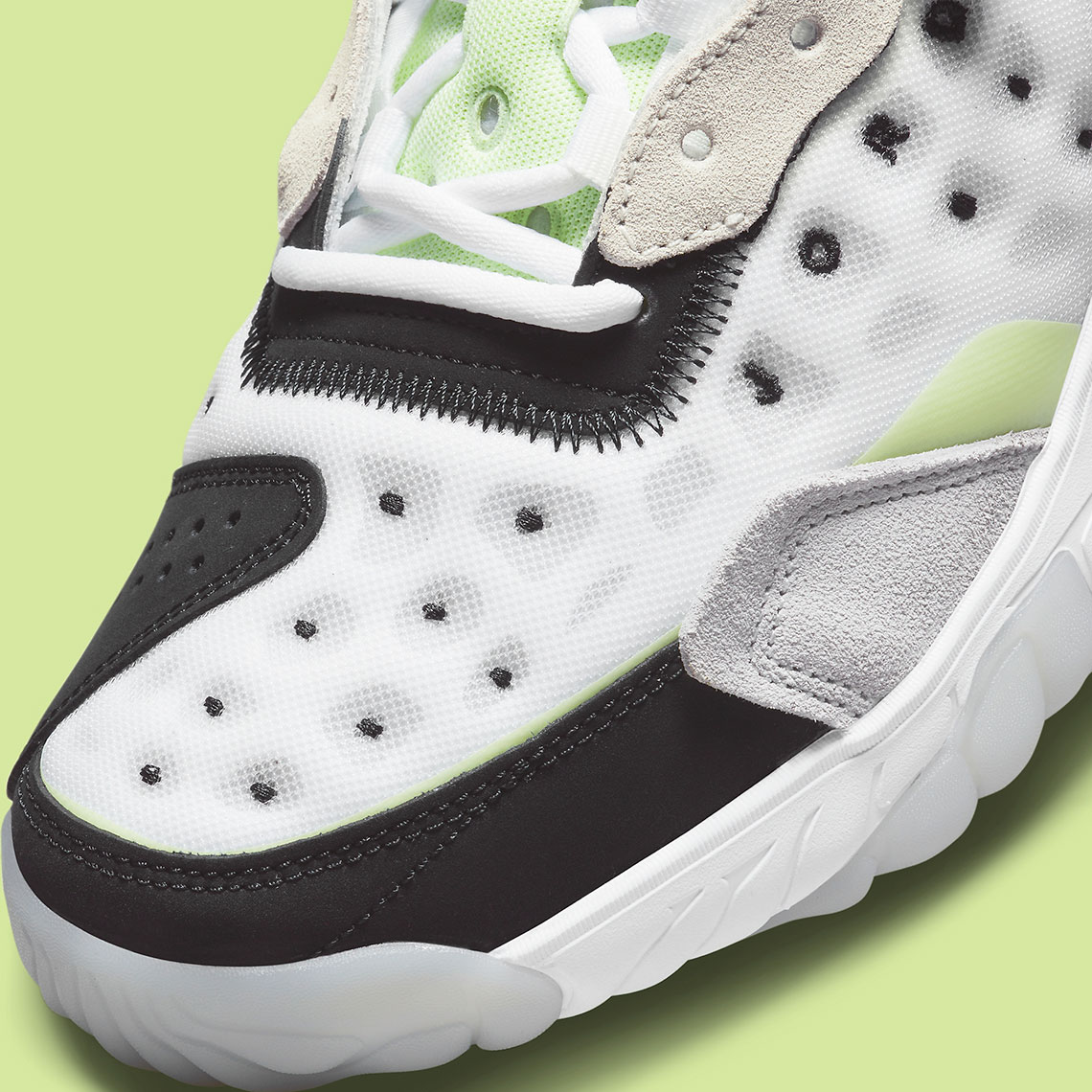 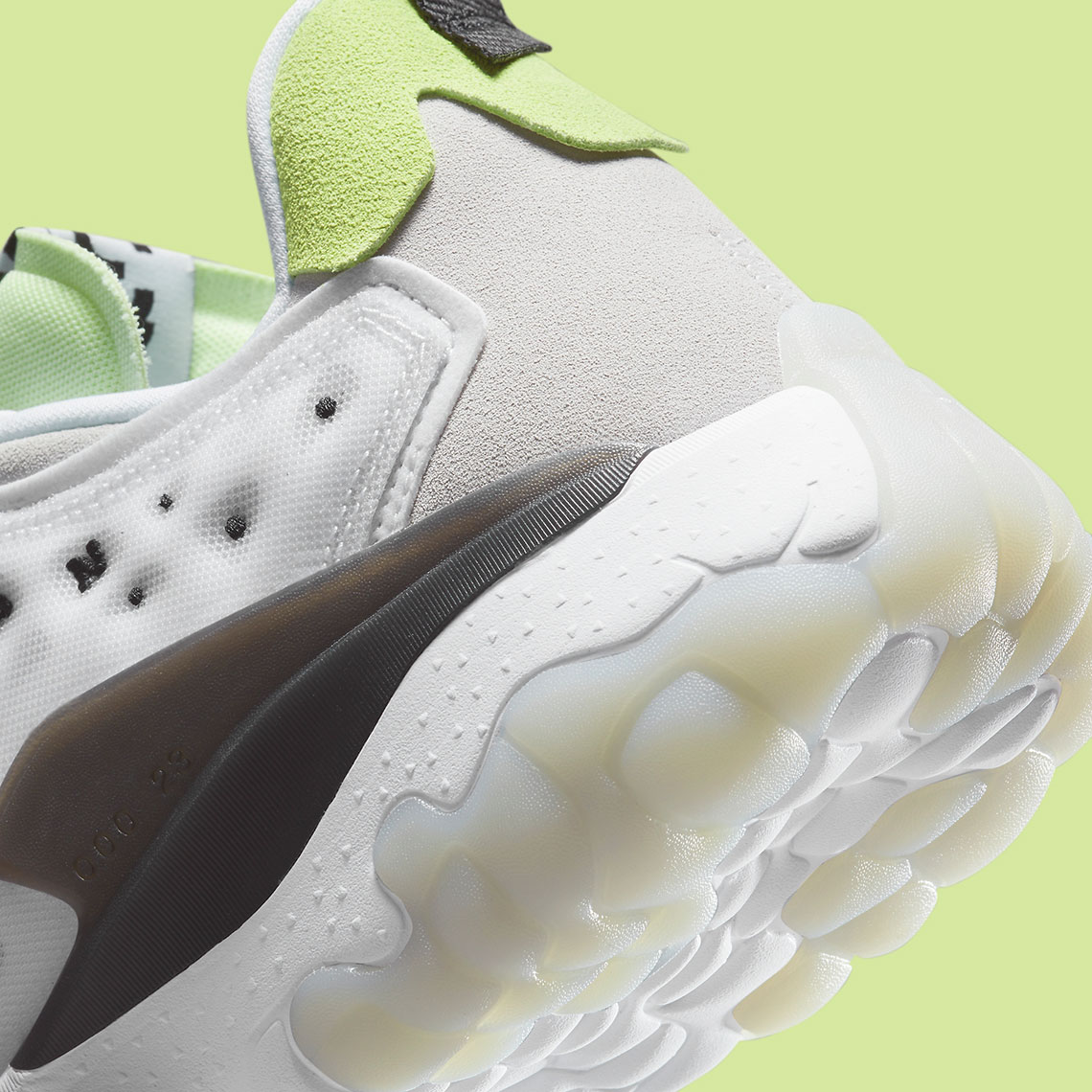