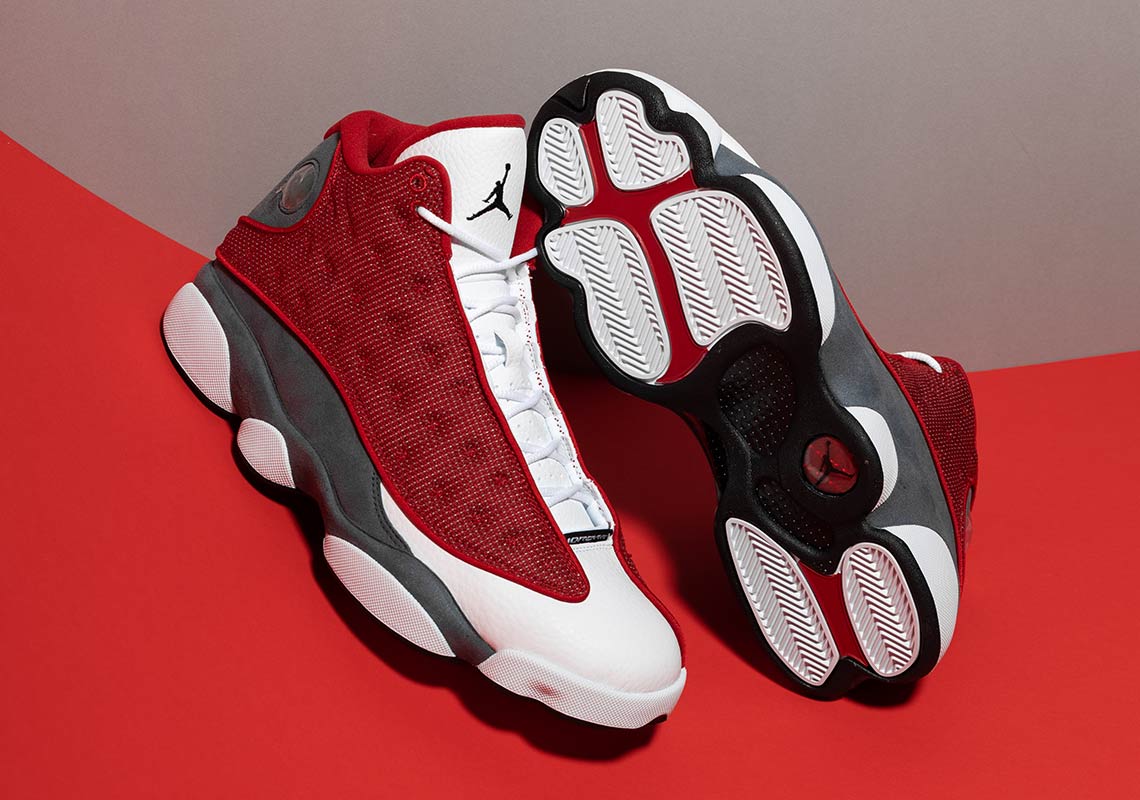 This week is all about Travis Scott. And with his Air Jordan 6 “British Khaki” having released today, it’s all anyone can really talk about. But if you’re hoping to remedy that non-buyer’s remorse, the Air Jordan 13 Red Flint releases tomorrow.

Dropping at the tail end of an already busy week, the “Red Flint” pays homage to the “Flint” from 1997. First released 6 months after the silhouette’s debut, the colorway became one of the most prolific and has stood the test of time even 23 years thereafter. To celebrate such a legacy, the brand has taken the original and given it a bright “Gym Red” remix. Though the grey suede accents, white leathers, and holographic emblem may remain intact, the side profile and lining opt for a much bolder look.

Take another close-up peek below courtesy of Stadium Goods. Head over to the Jordan 13 Red Flint Store List if you’re looking to pick up a set for yourself.

In other news, the Jordan 7 Flint releases next week. 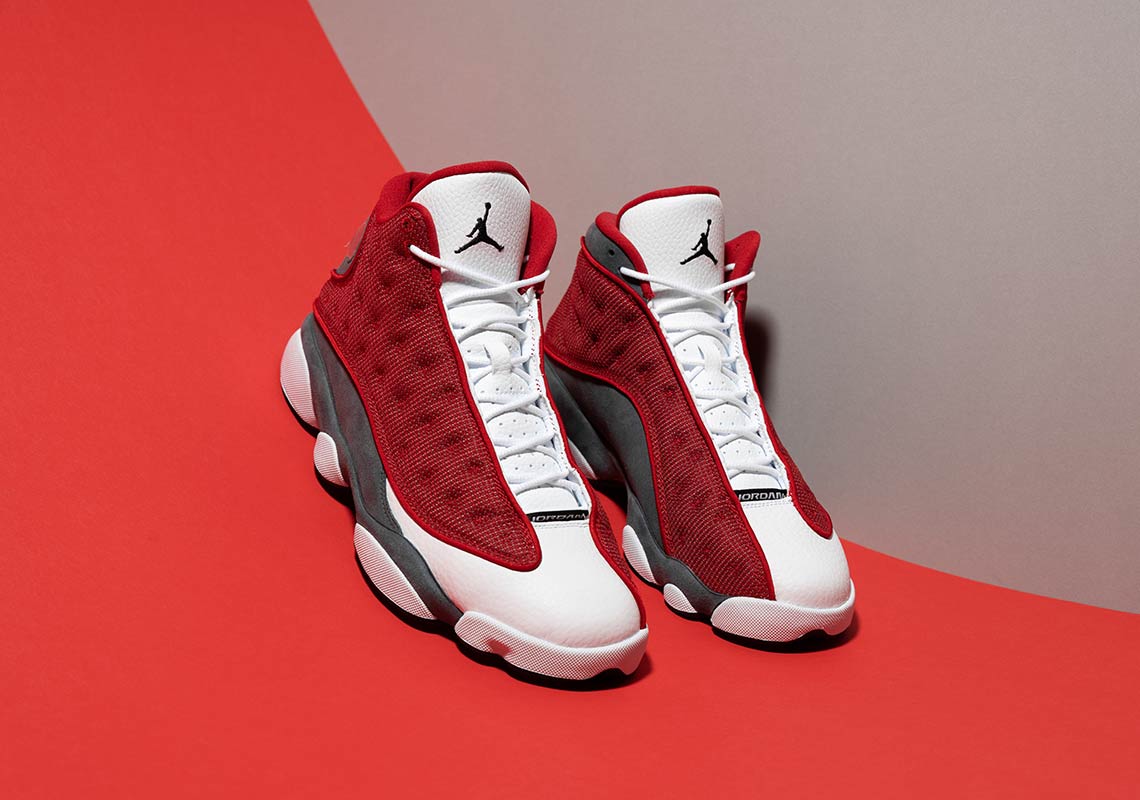 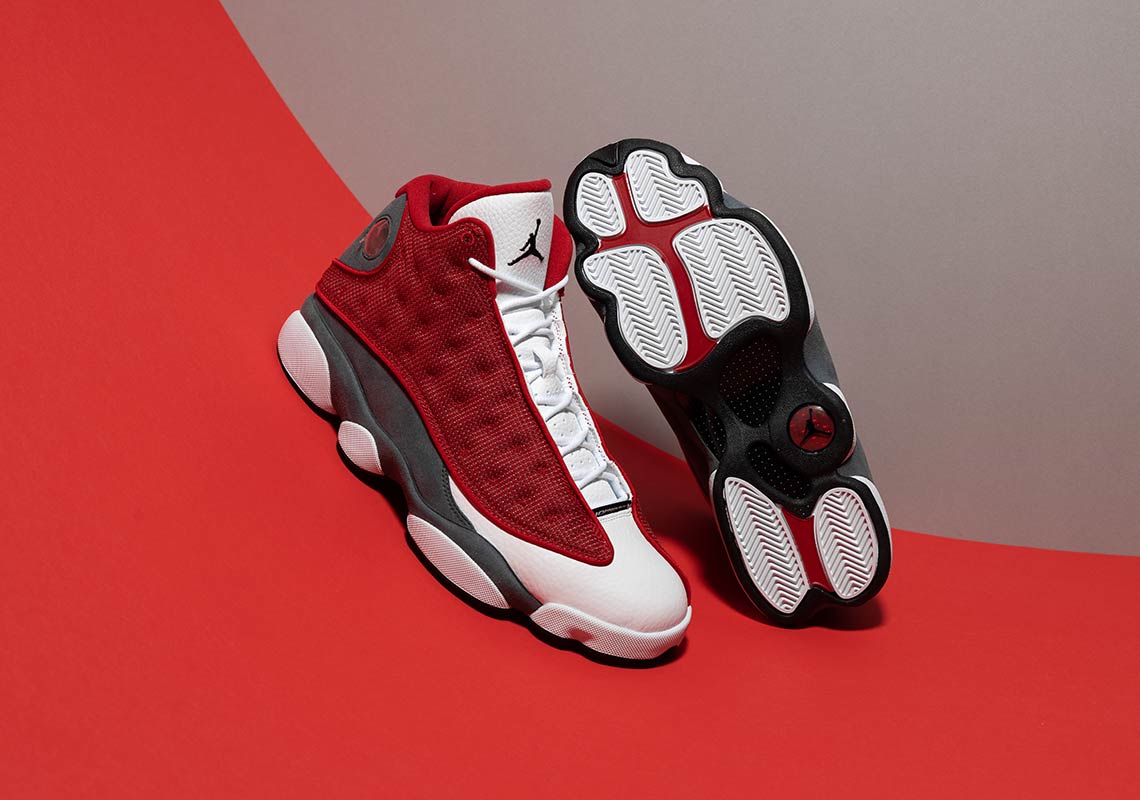