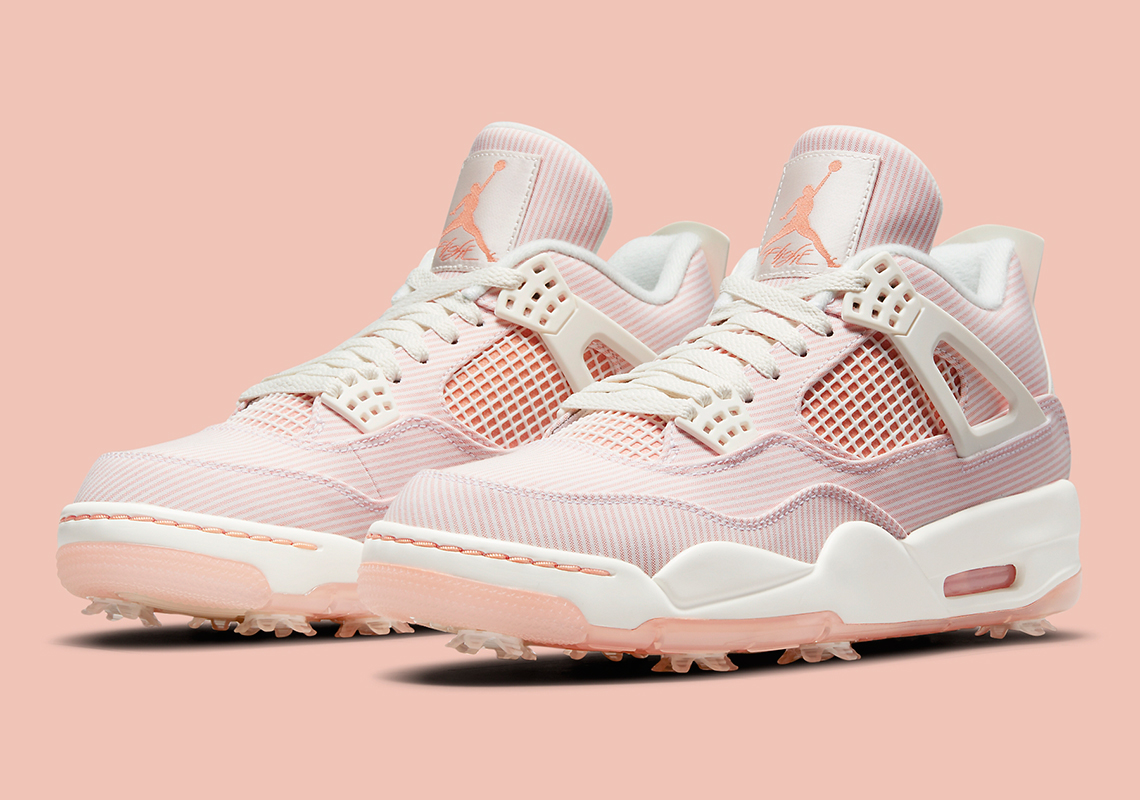 The Air Jordan 4 Golf Prepares For PGA Championship With Seersucker

Ahead of the PGA Championship between May 20th and May 23rd, NIKE, Inc. has shared official images of some of its classic silhouettes reworked for the golf course. Among them, a gallery of photos has unveiled the Air Jordan 4 G in a summer-ready seersucker build and “Sail/Apricot Agate” colorway.

Akin to a recently-surfaced Nike Air Max 90, the forthcoming pair covers the majority of its upper in the aforementioned striped pattern. Instead of light blue, however, the model indulges in a seemingly-pink light orange that intensifies in vibrancy as it animates Jumpman branding on the tongue and heel. A light cream delivers stark contrast to the titular tone, appearing across the Air Jordan design’s signature profile mesh windows, ankle flaps and rear overlay. Yet, “Sail” covers the most ground at the midsole, which pairs with an “Apricot Agate” Airbag and a made-for-the-green, semi-translucent outsole.

While a stateside Nike.com release hasn’t been confirmed, this golf-ready Jordan 4 is scheduled to launch overseas on May 21st. In any case, enjoy official images of the pair ahead.

For more upcoming Jordans, check out the Jordan 1 “Pollen” set to arrive in August. 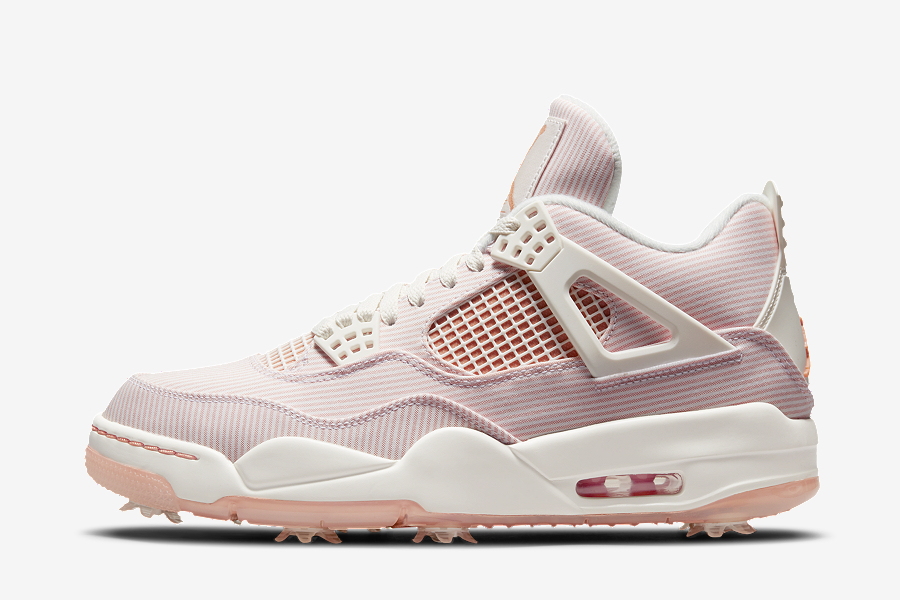 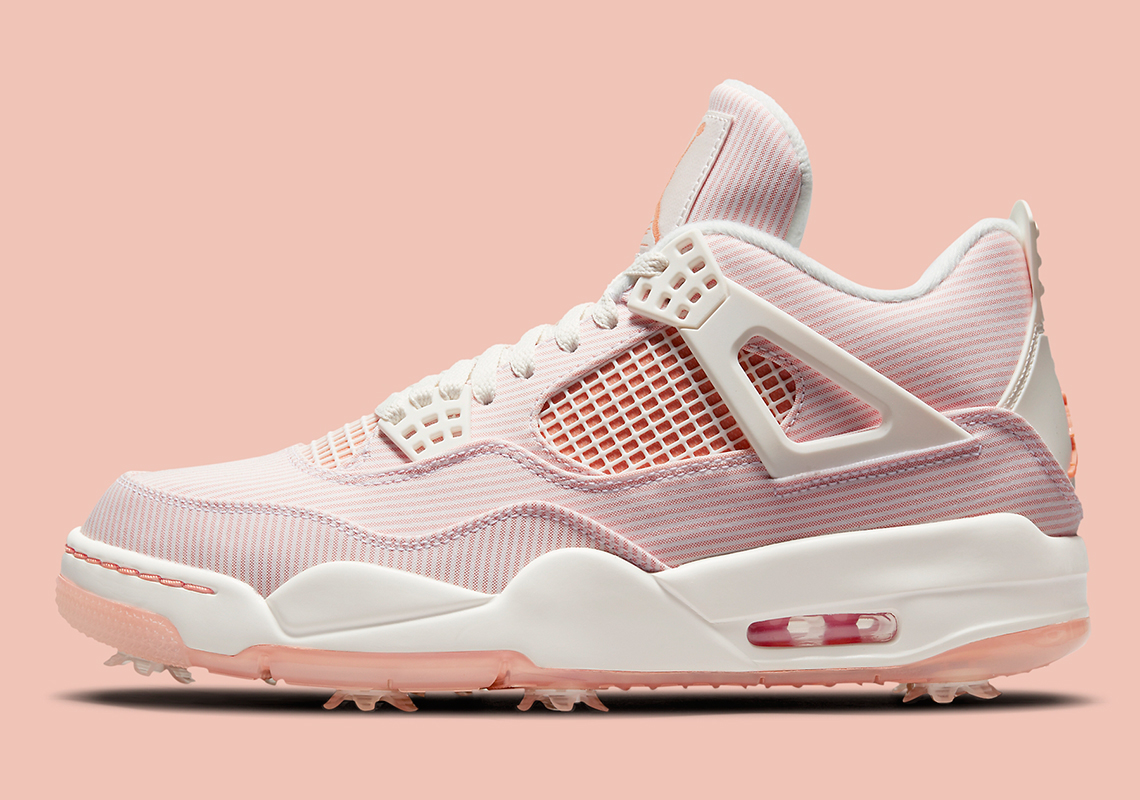 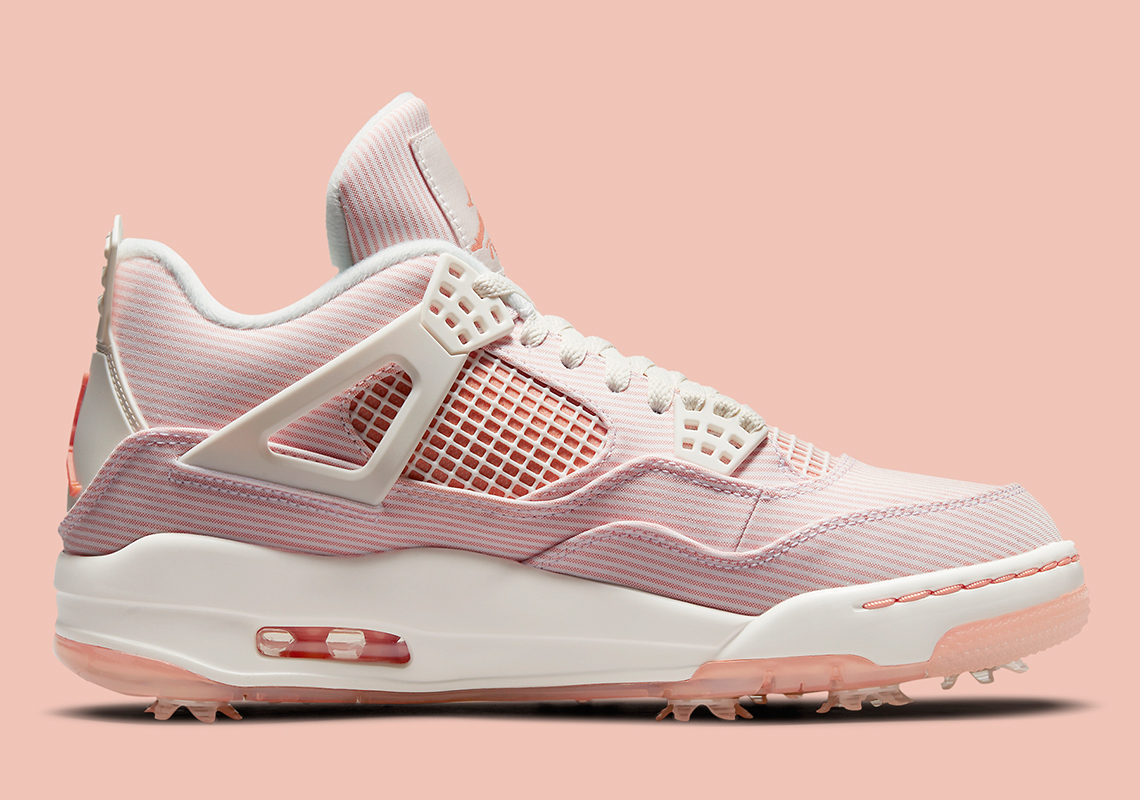 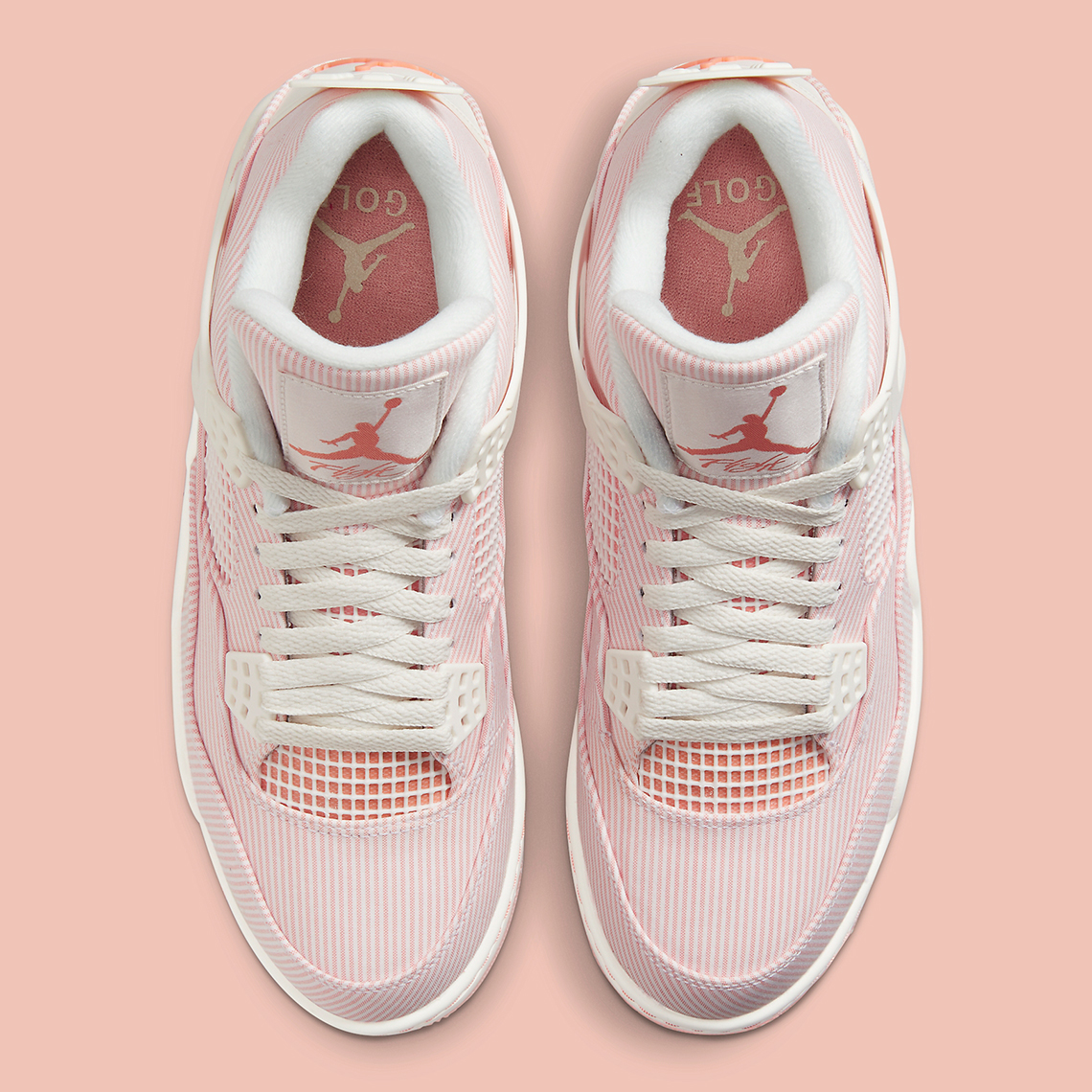 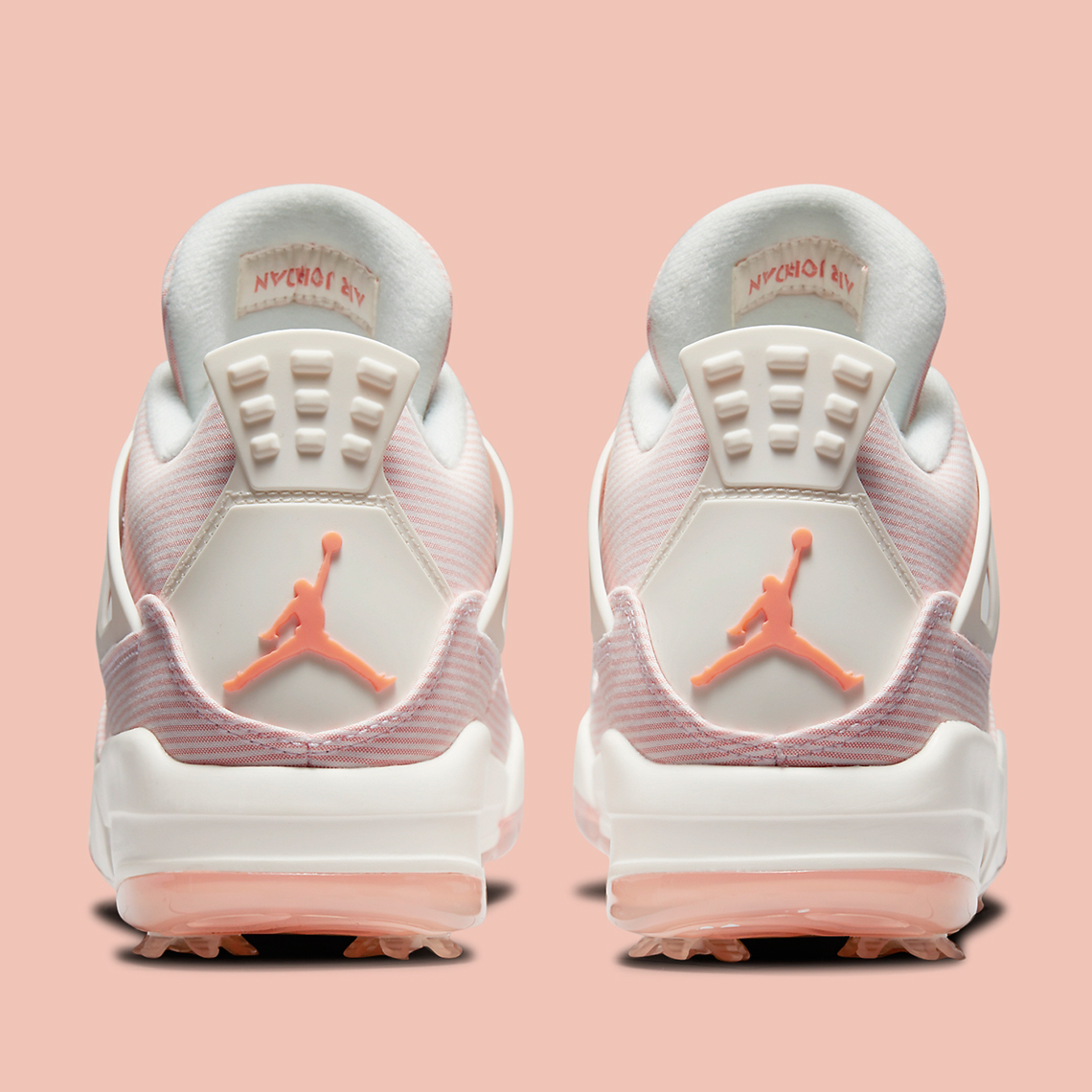 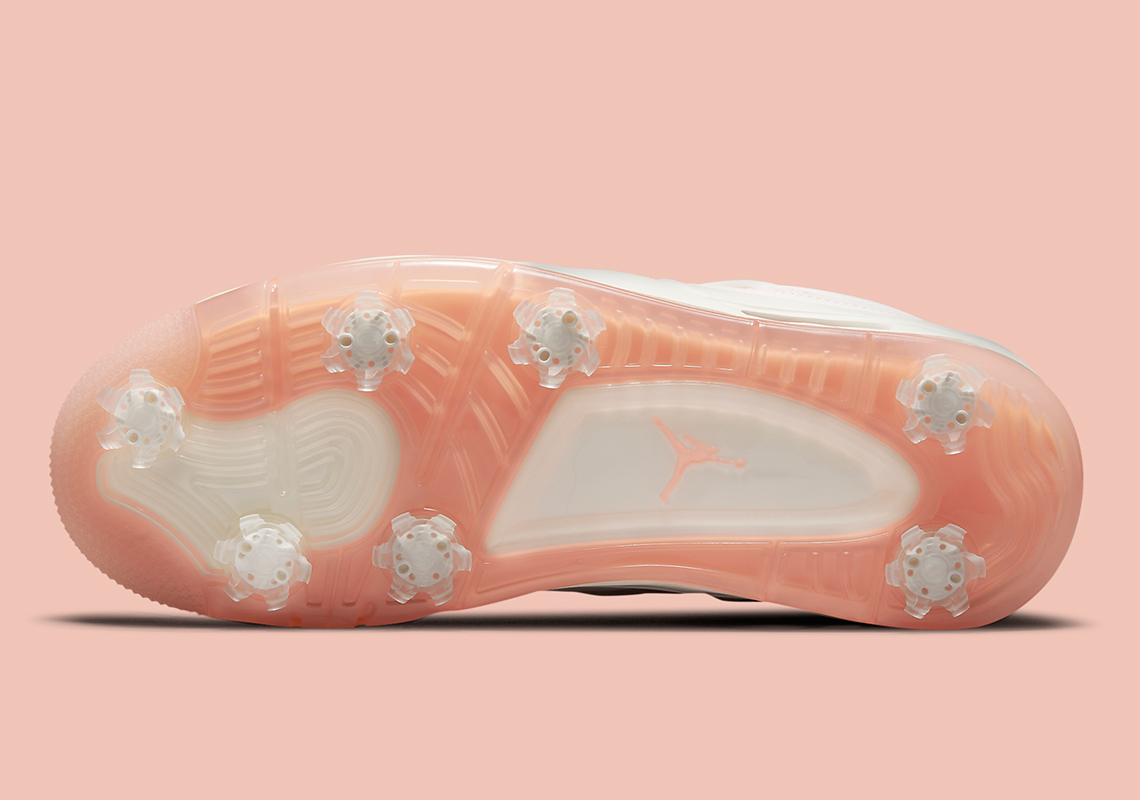 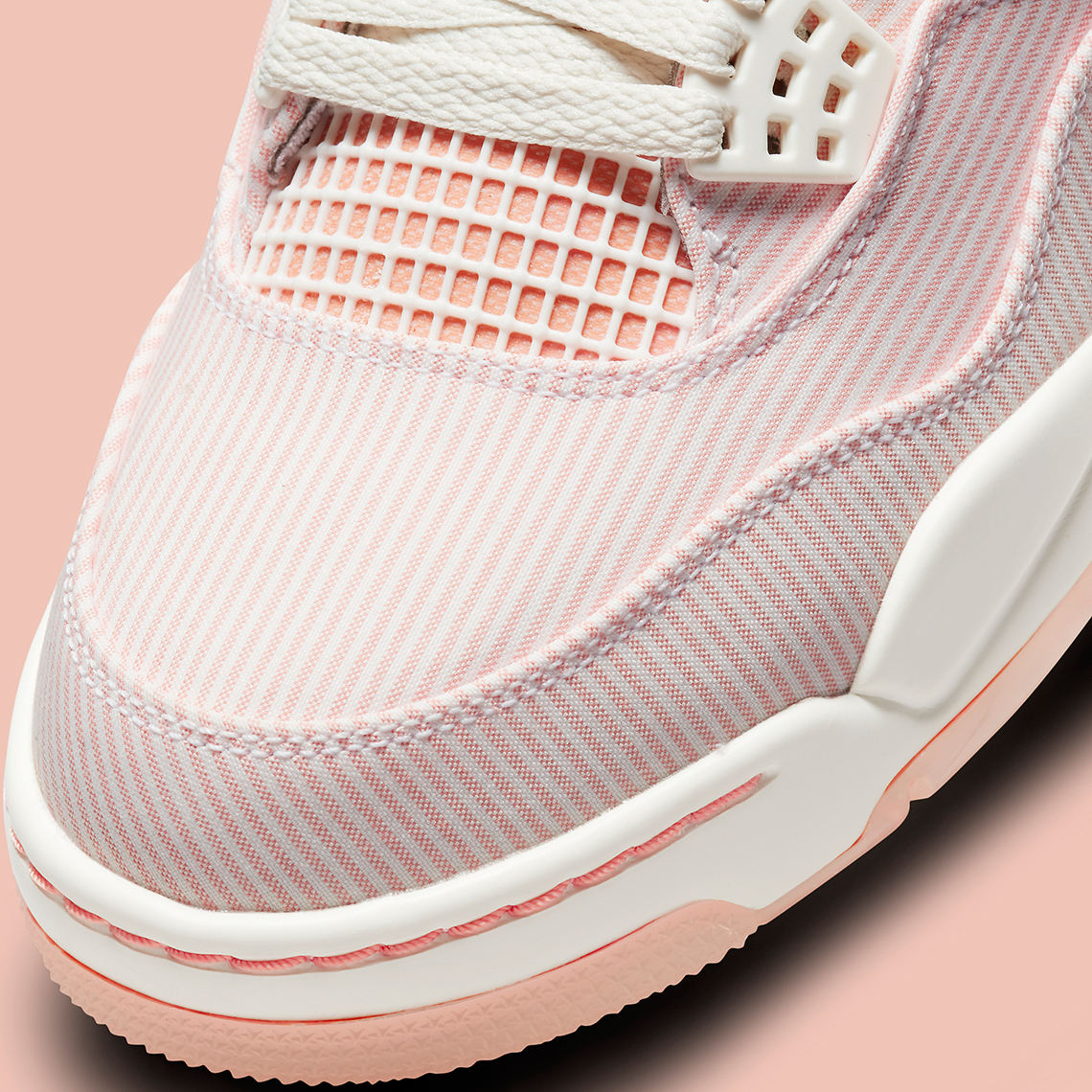 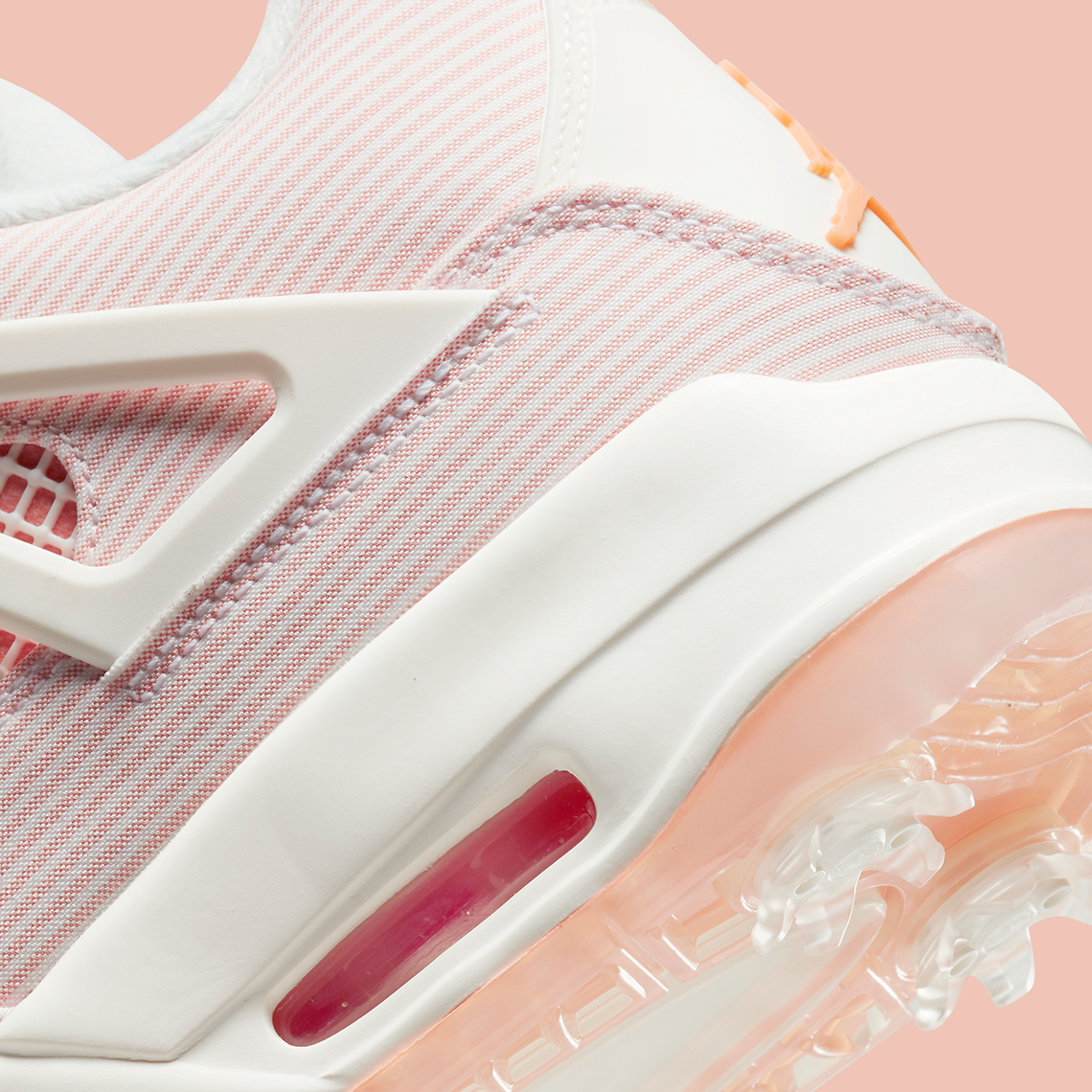 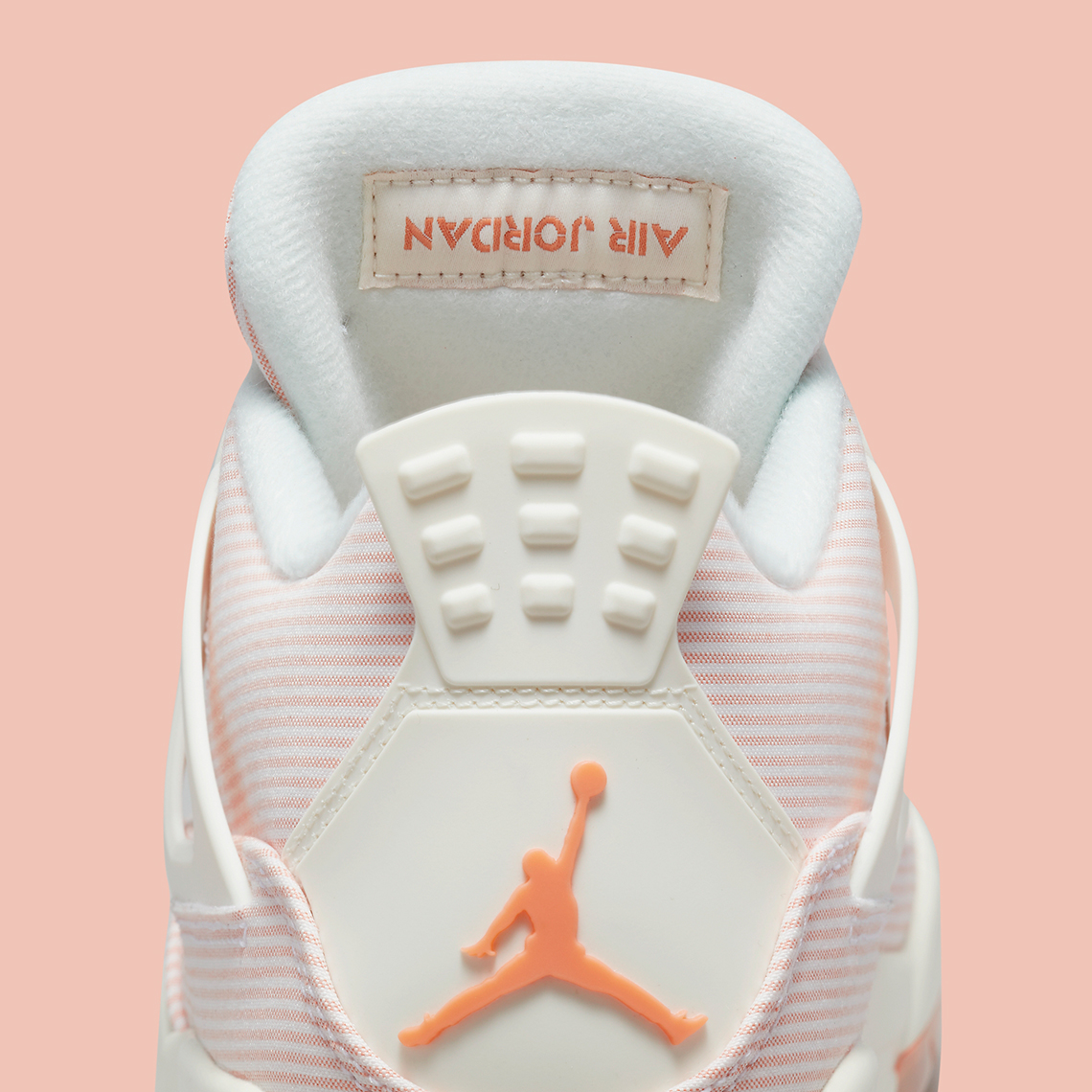