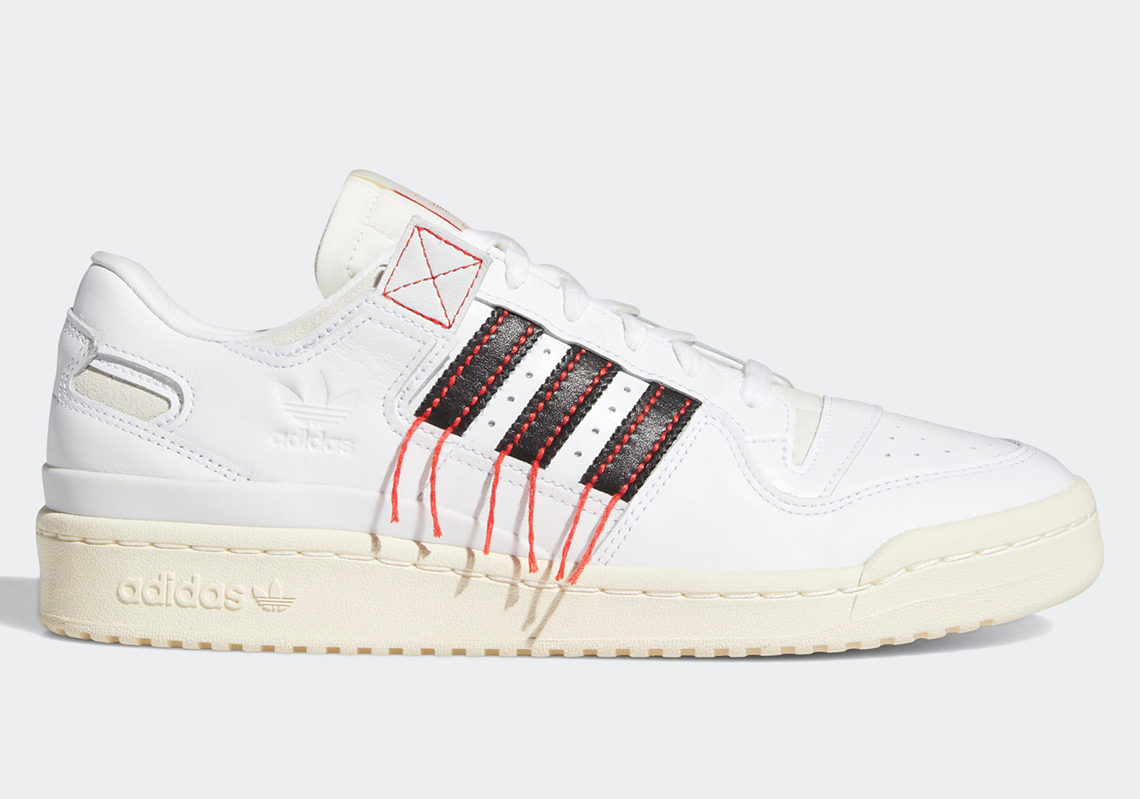 Even before Bad Bunny, adidas funneled quite a bit of their attention to ensuring the Forum’s return would be a success. But while frequent in its releases, few ever subverted the status quo. This has gradually changed throughout the past few months, and the Forum Lo‘s latest iteration is something of a callback to the much older Y-3 Super Position.

If you’re familiar, then not much here should come as a surprise. As a whole, the pair is rather understated, with white leathers and slightly yellowed nylons dressing the upper throughout. The soles mimic said vintage energy, while the stripes contrast in deep black, their panels embellished with a red contrast stitching that fringes passed each panels’ end. And despite not being as long as the inspiration, the design delivers the general idea.

For a closer look, check the official imagery below. As it’s already released (and sold out) in the UK, sizes should start to appear soon on adidas.com stateside.

In other news, the Yeezy 500 Blush is restocking this Fall. 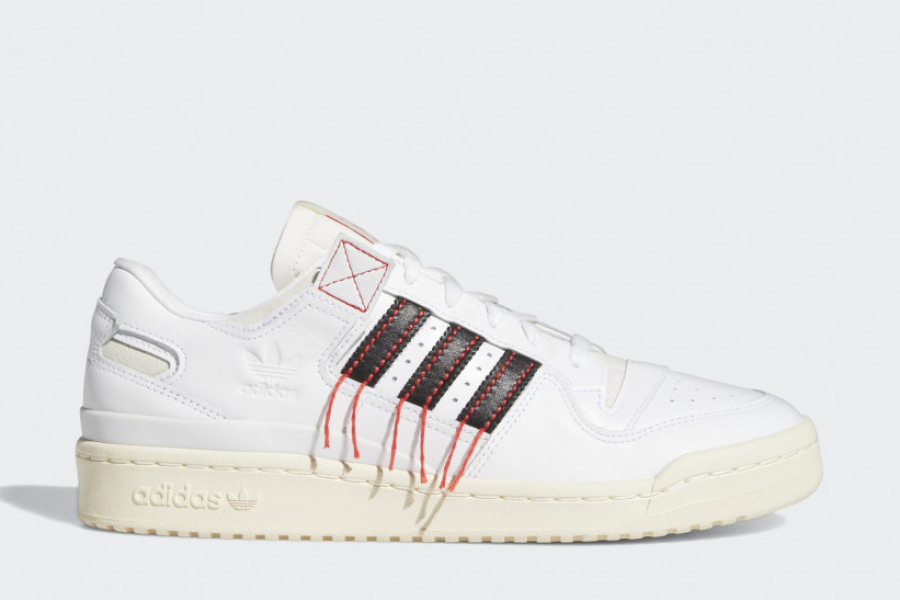 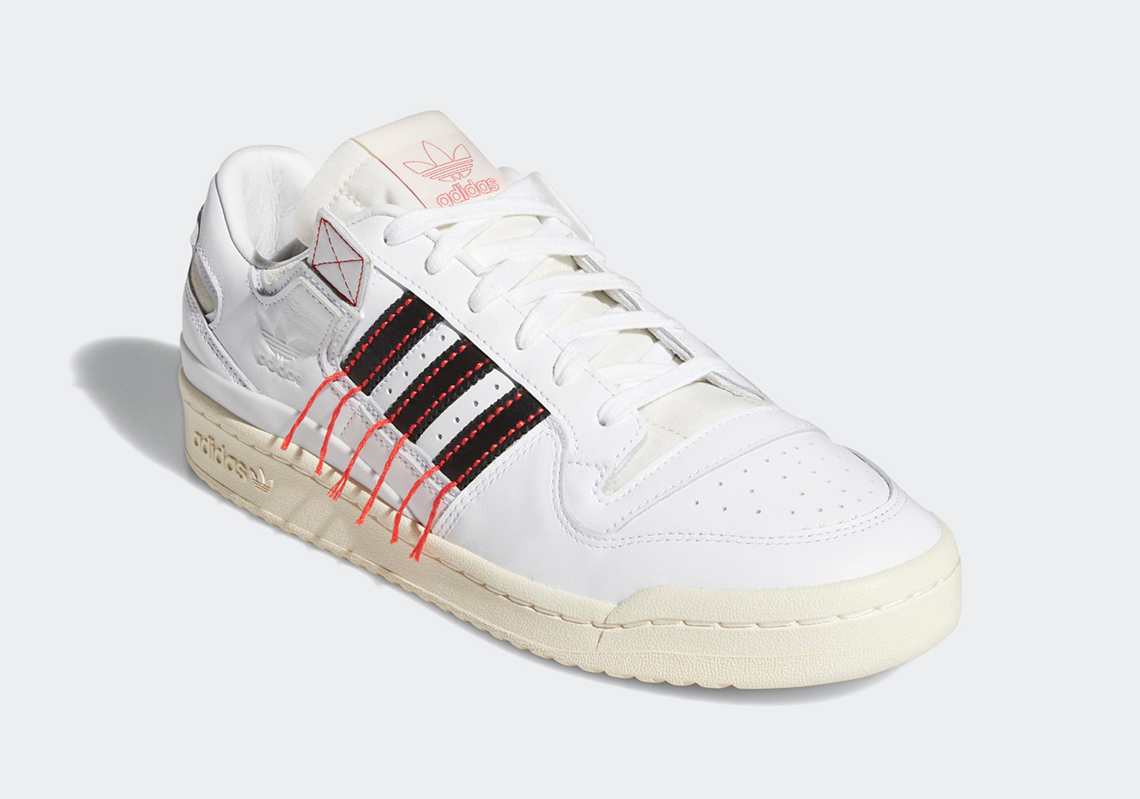 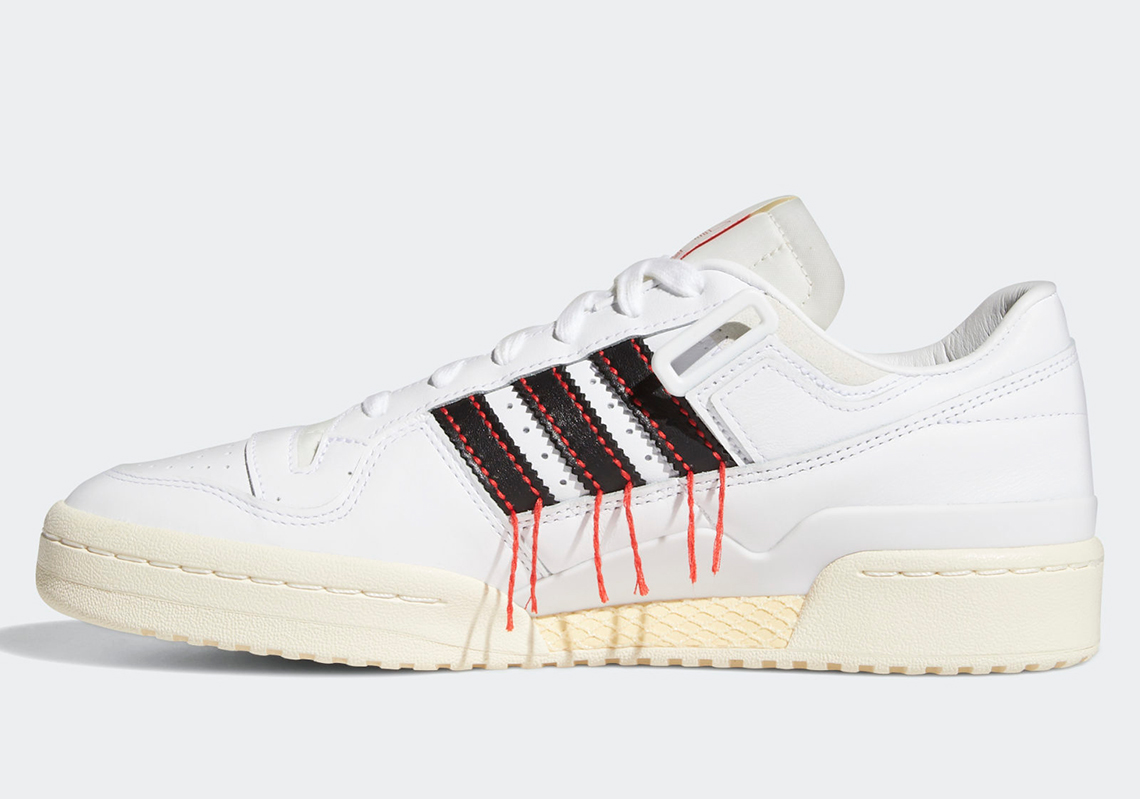 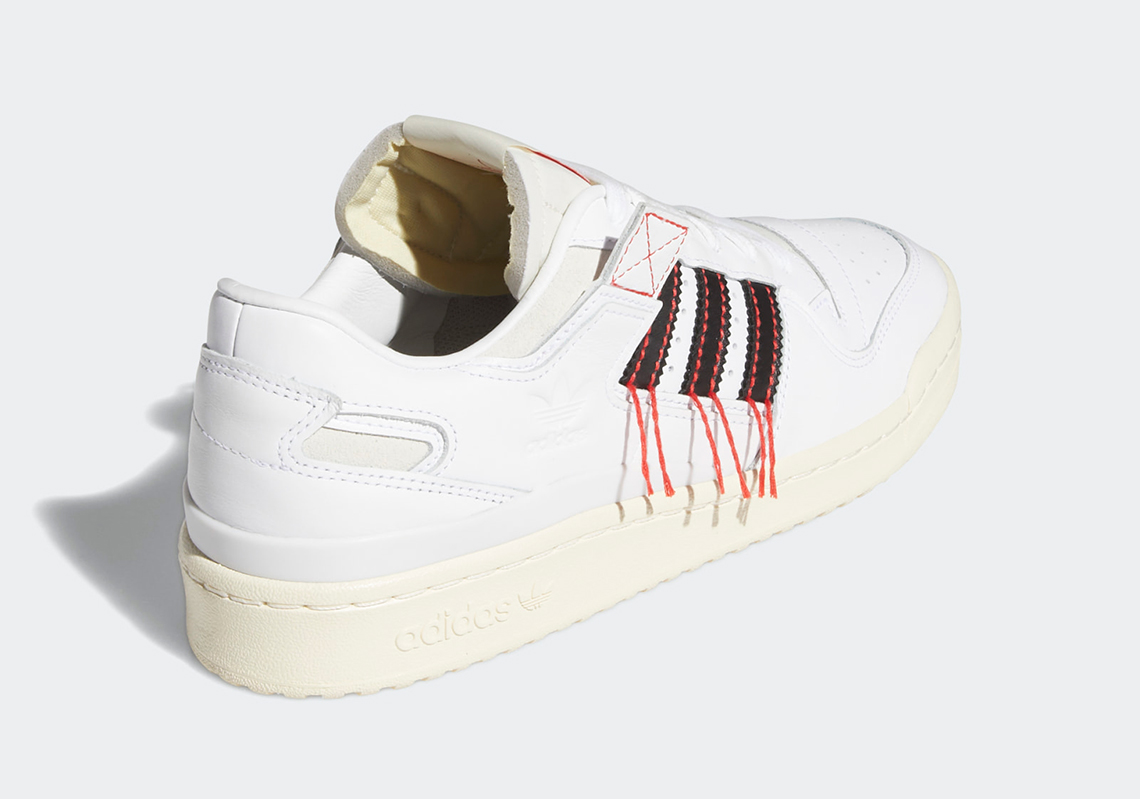 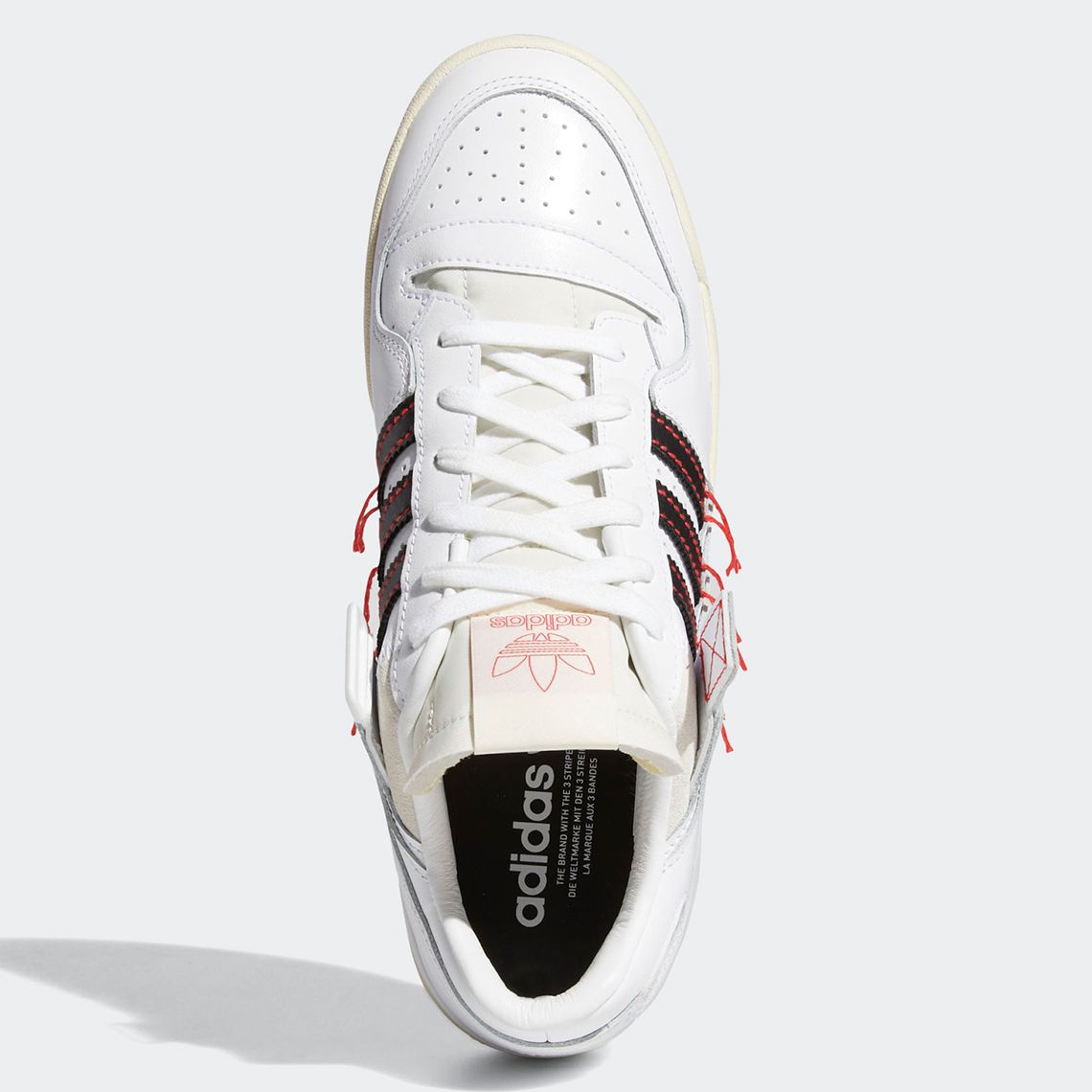 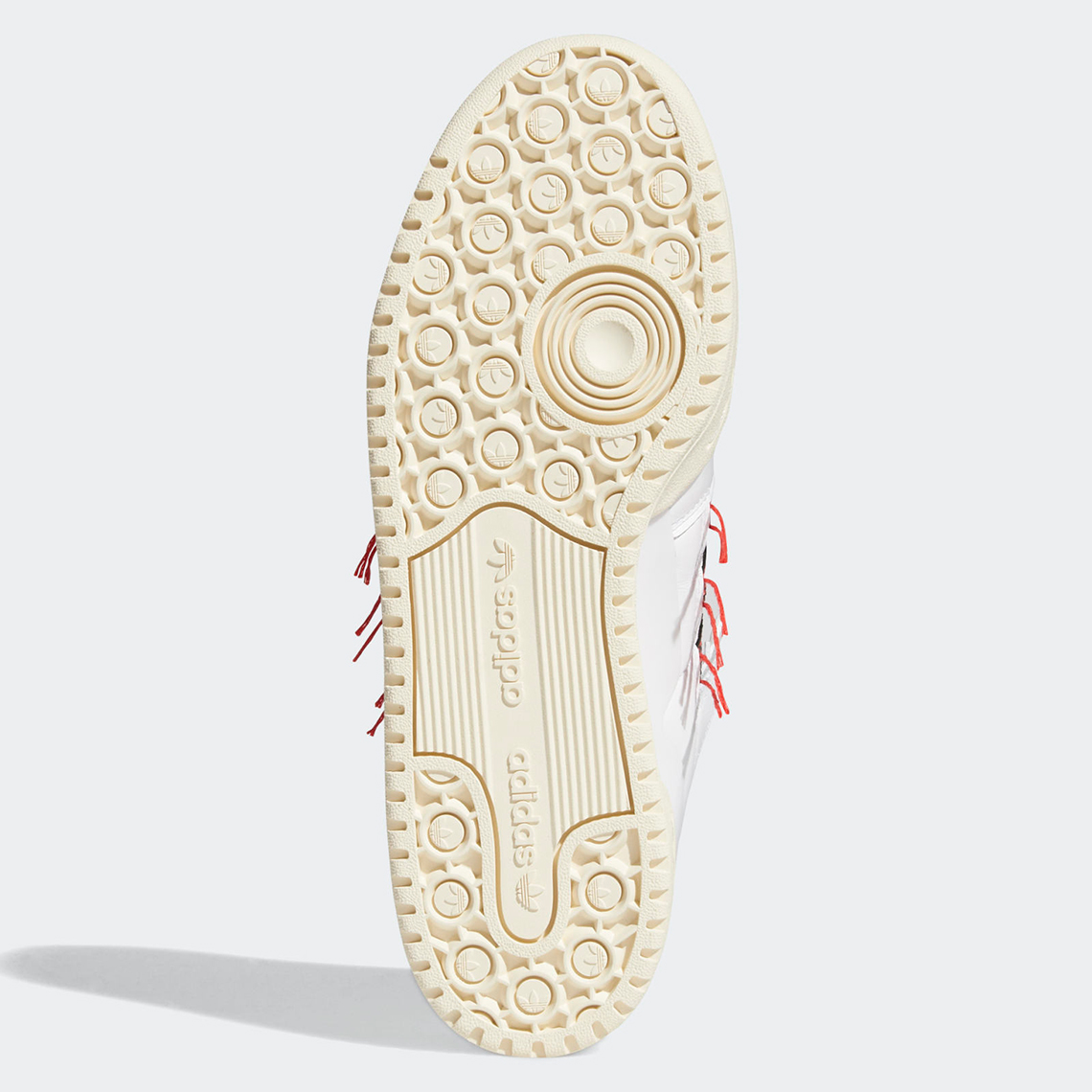 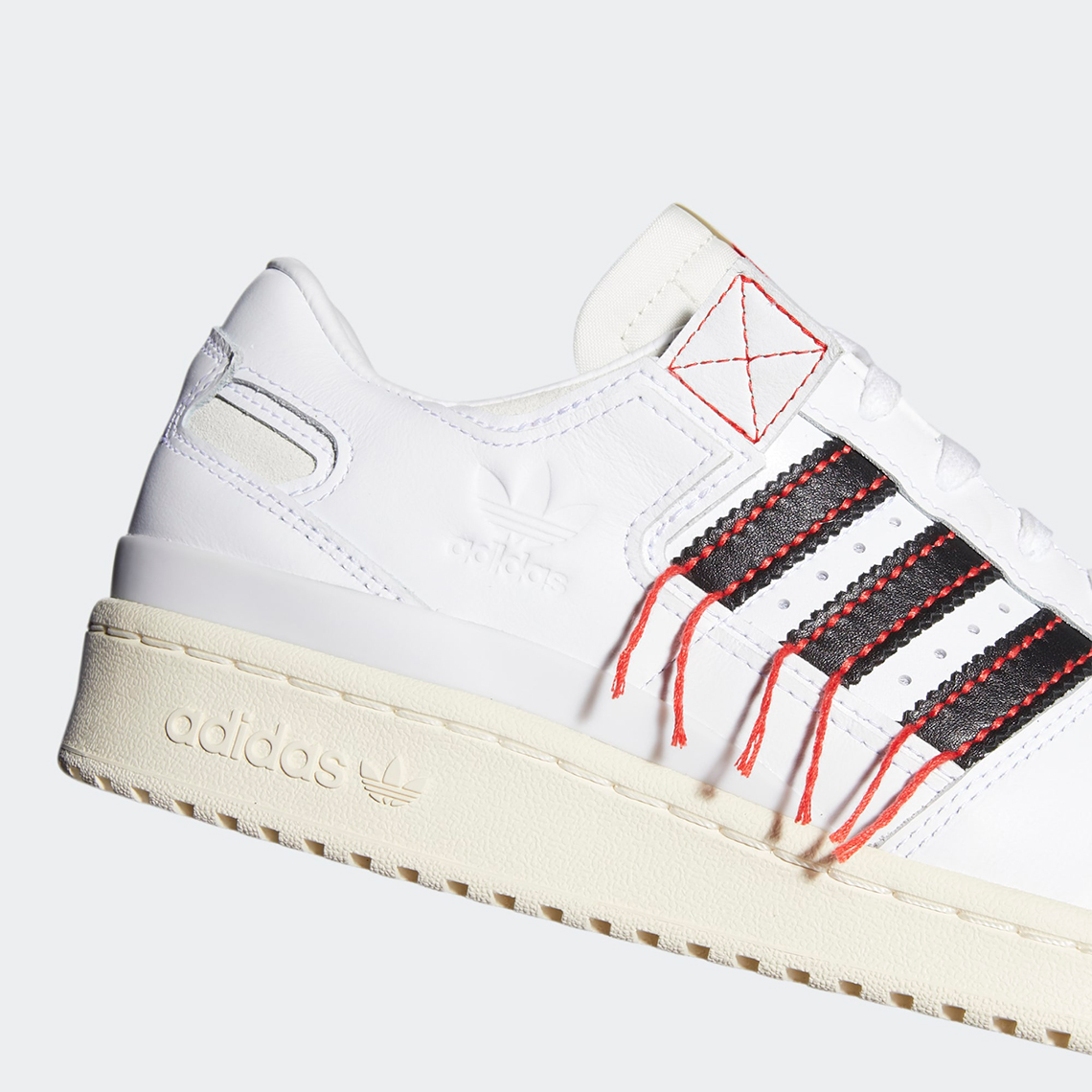 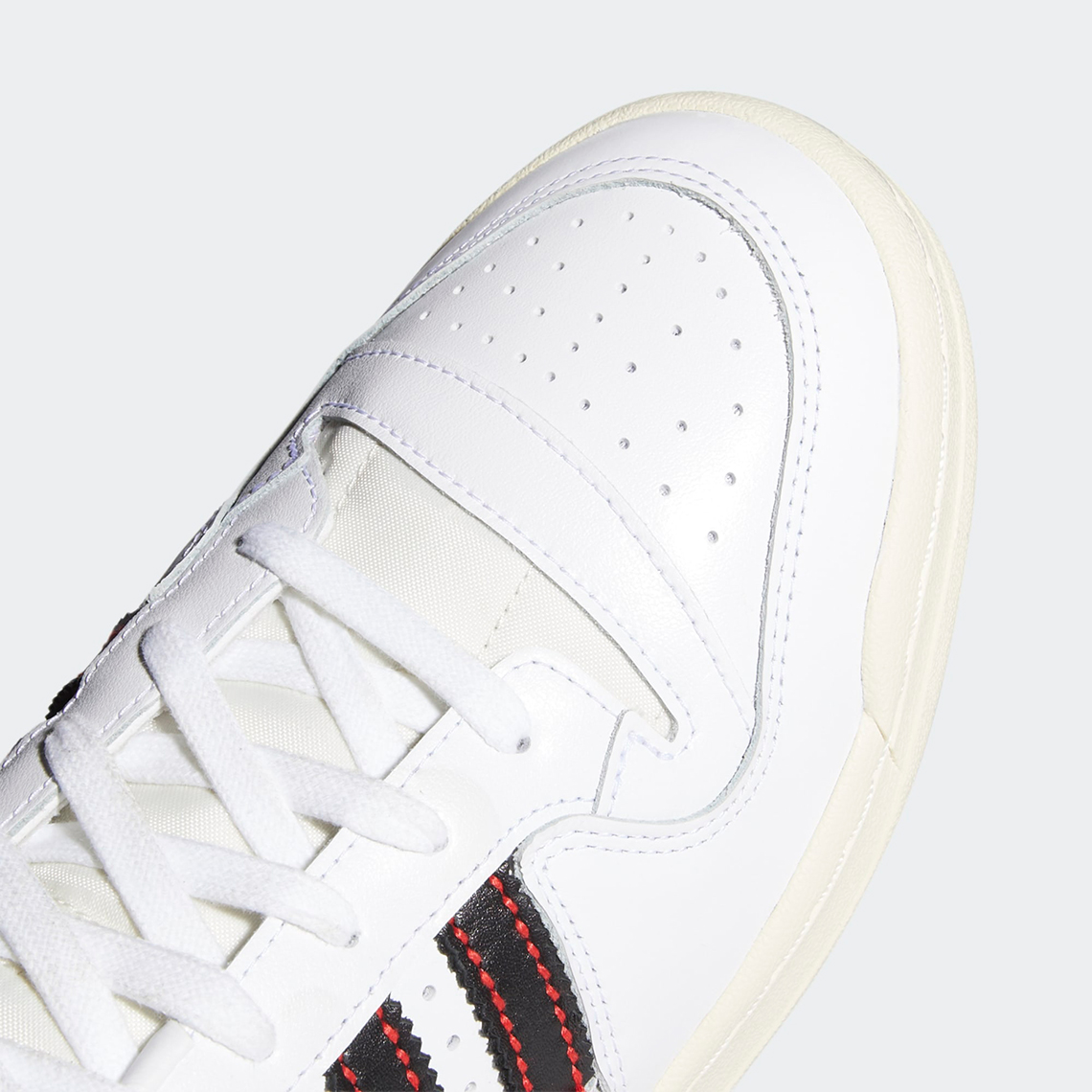