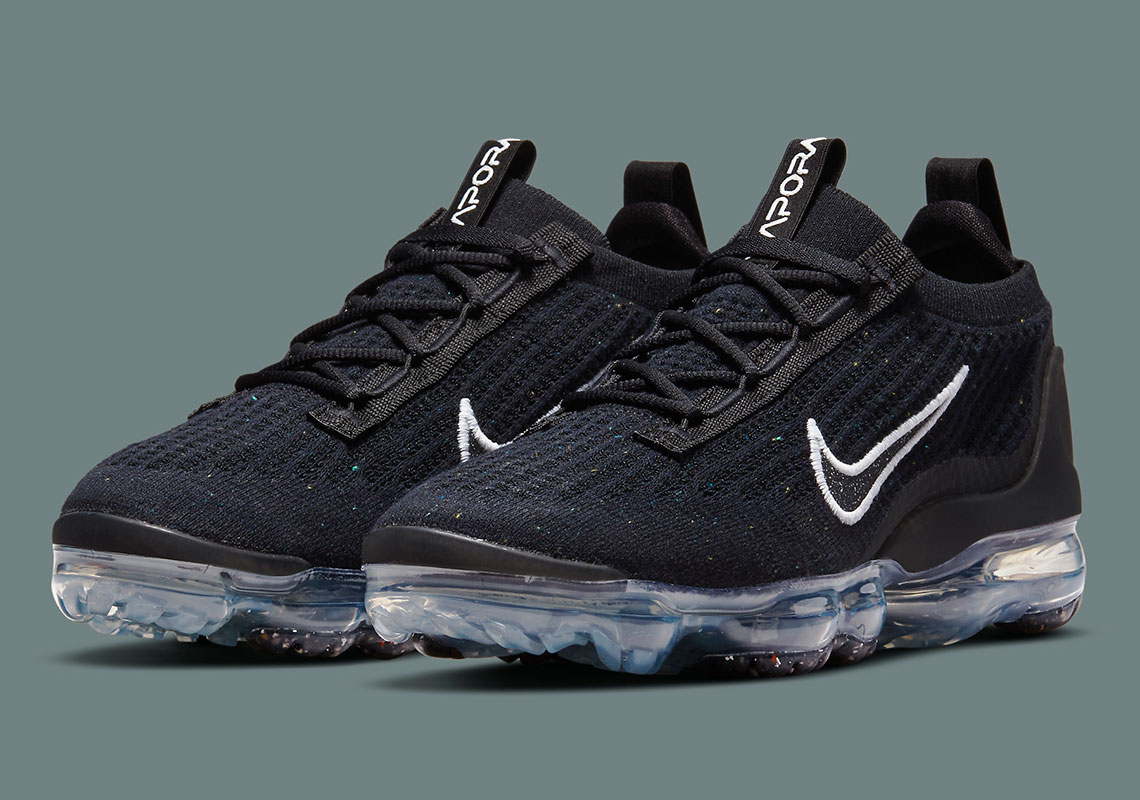 Specks Of Color Appear On This Black Nike Vapormax Flyknit 2021

With models such as the Nike Air Max Genome and the extensive “Plant Cork” pack, Nike’s Move to Zero initiative reimagines lifestyle silhouettes via a sustainability lens. Another instance of the campaign’s efforts is the creation of the Nike Vapormax 2021, which has just unveiled a clean black and white offering that sees a subtle twist.

Although the knit, sock-like uppers appear to be plain black at first glance, a closer look reveals multi-colored specks throughout. These sprinkles of color are more clustered thus seemingly more obvious within the white embroidered side Swoosh outlines. As with other Vapormax 2021 propositions, the slightly blue-tinted Air unit is constructed of around fifty percent recycled materials. Regrind rubber on the outsole completes the design while adding traction that doesn’t sacrifice sustainability.

Take a closer look at the Vapormax below, which will be arriving at Nike.com in the coming months.

In other Swoosh-related news, a Nike Dunk High is joining the “First Use” collection. 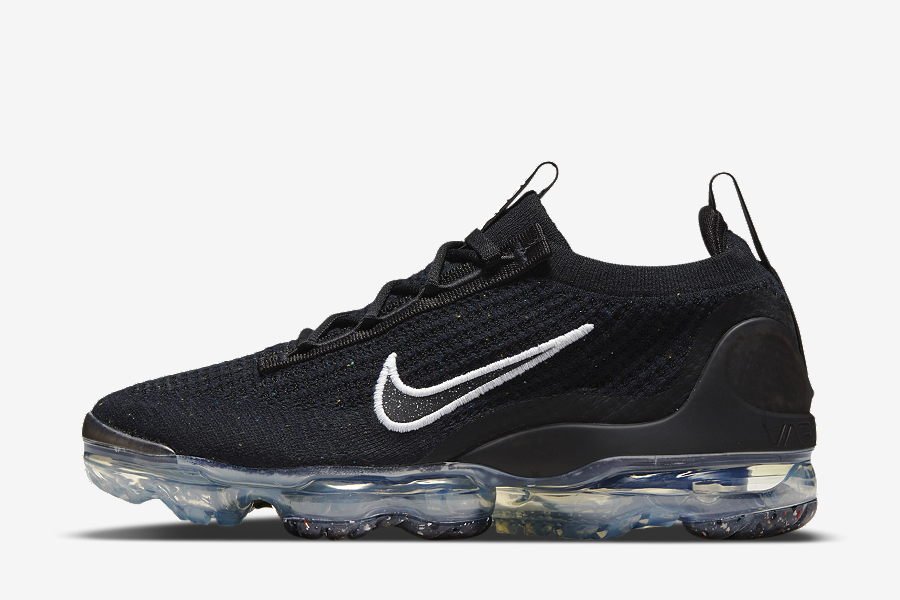 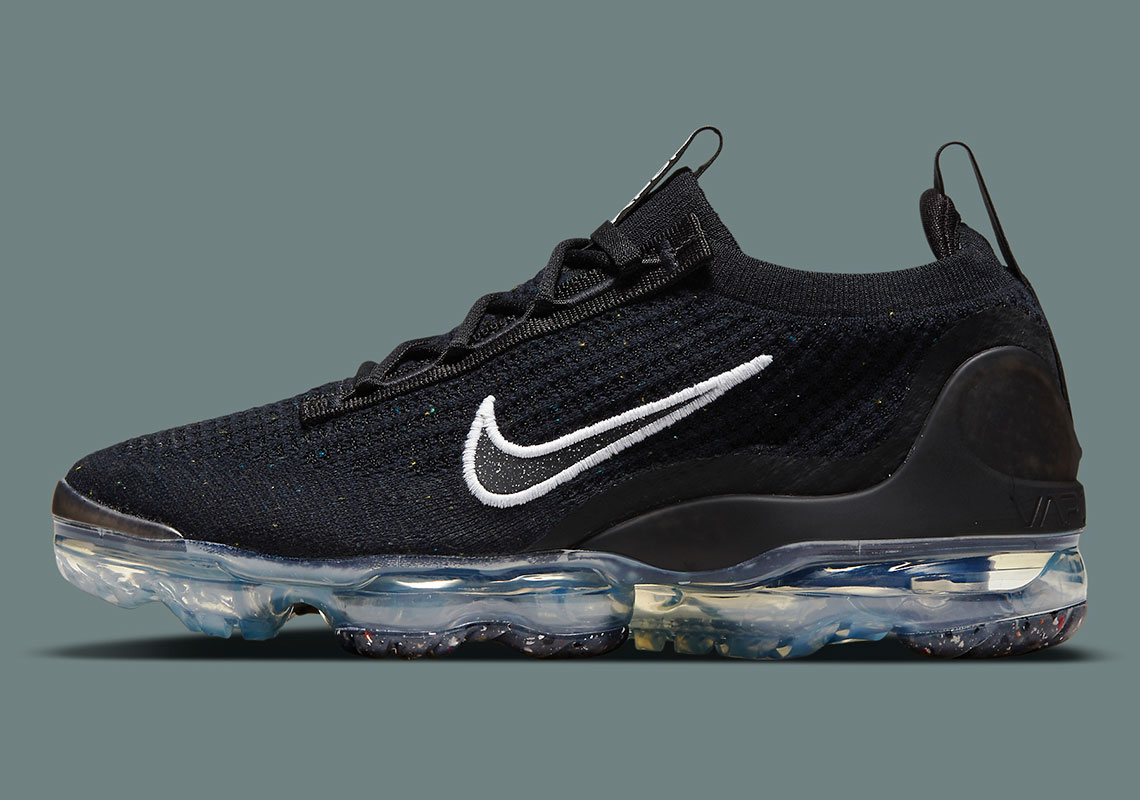 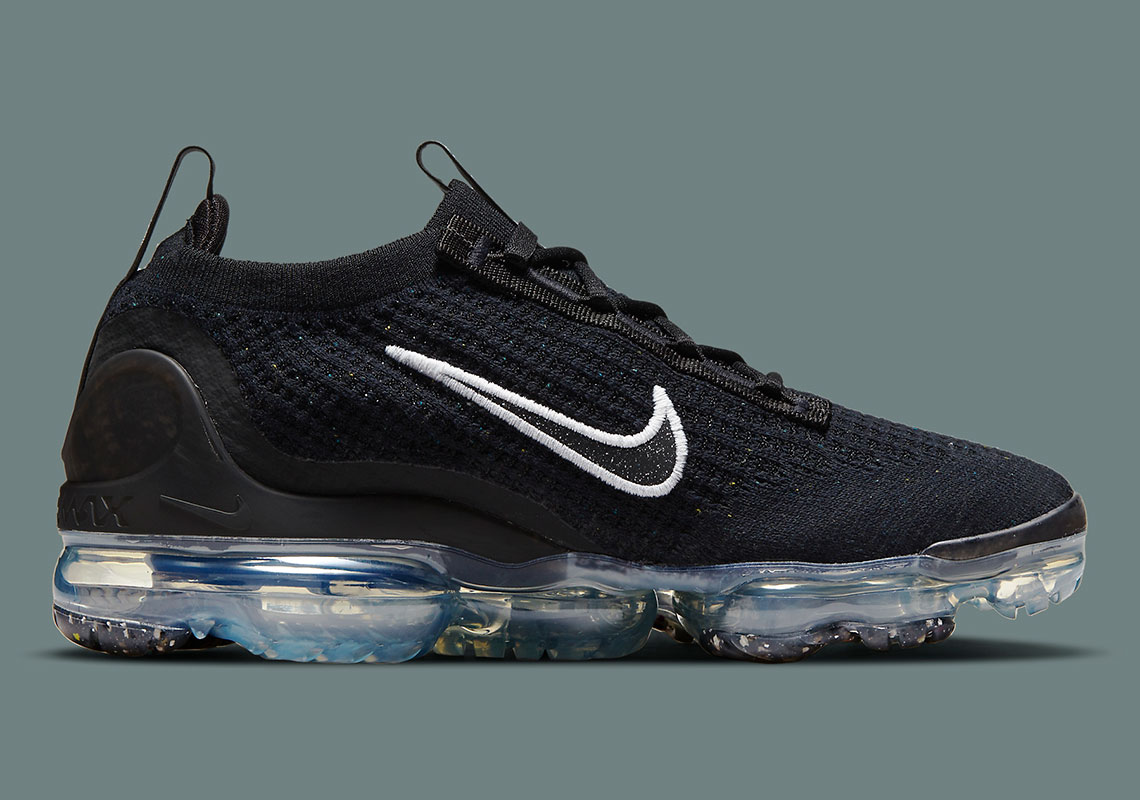 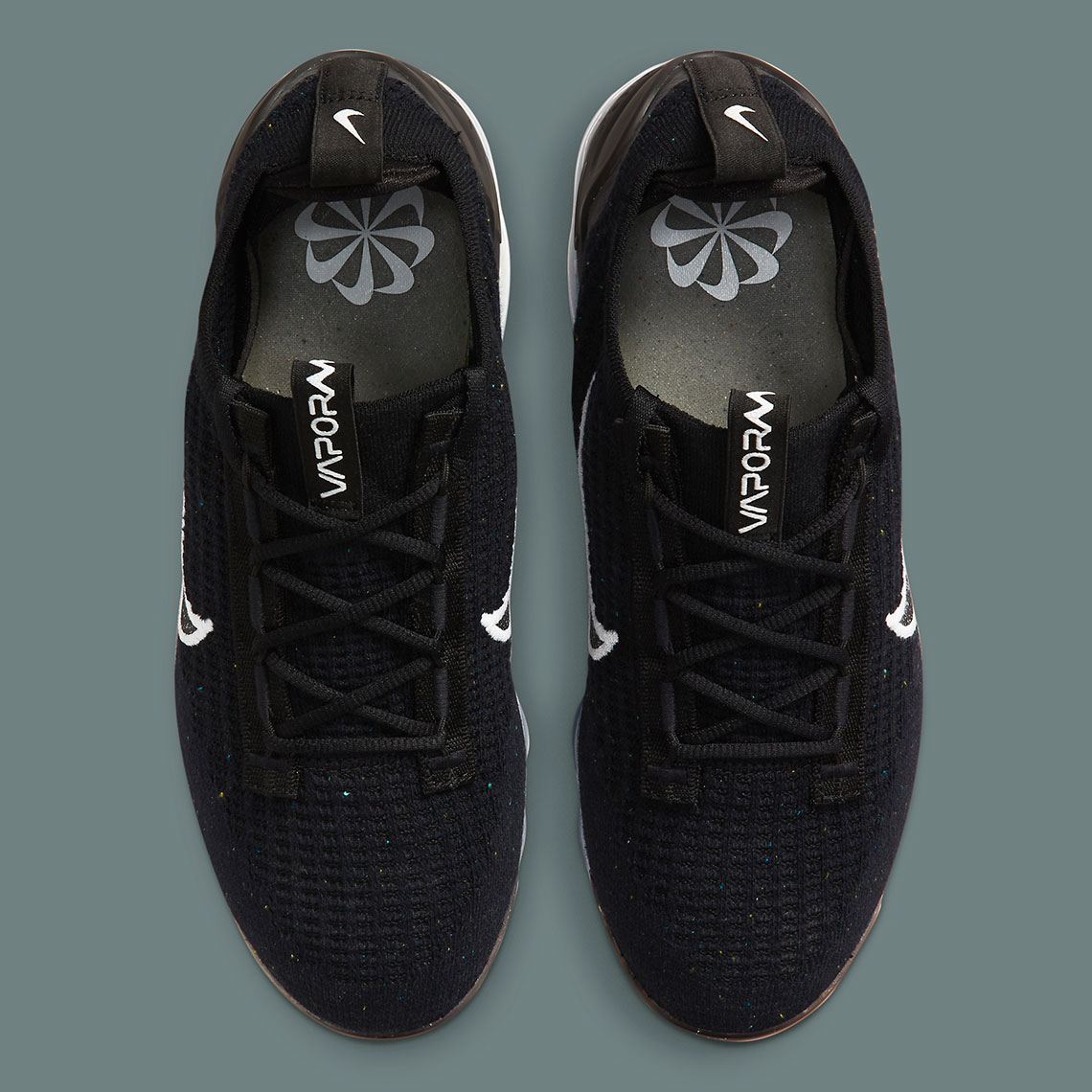 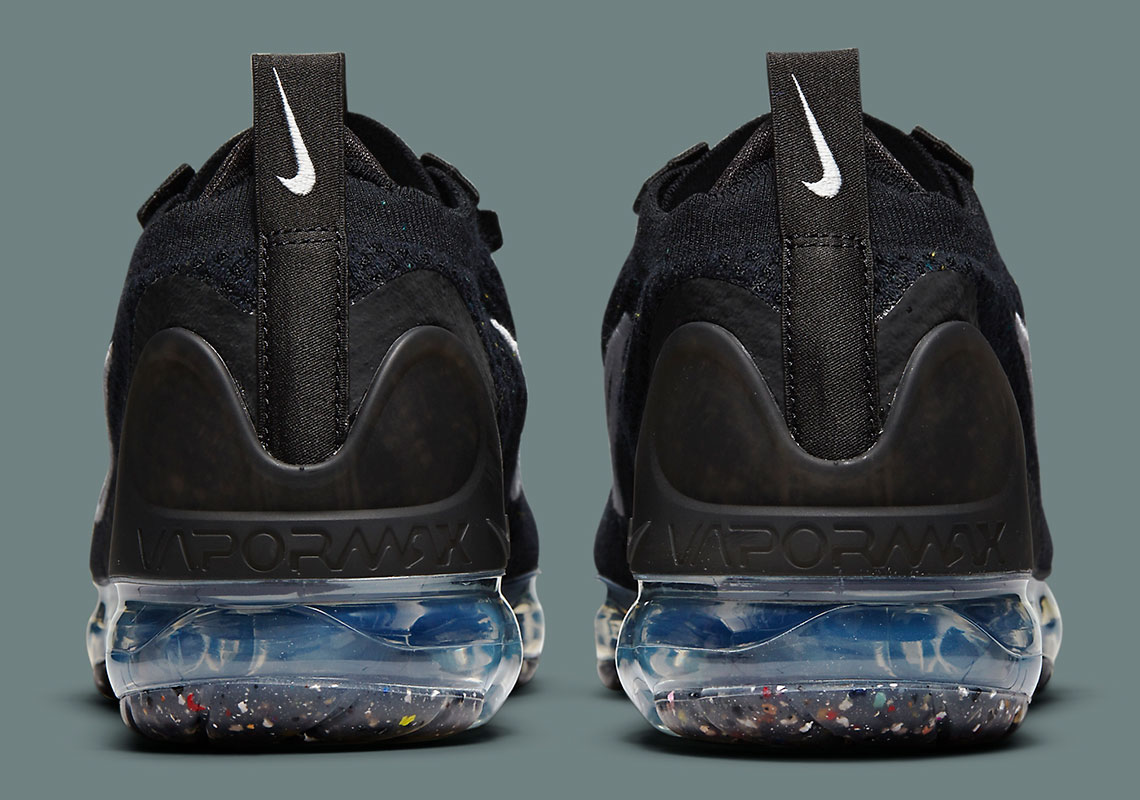 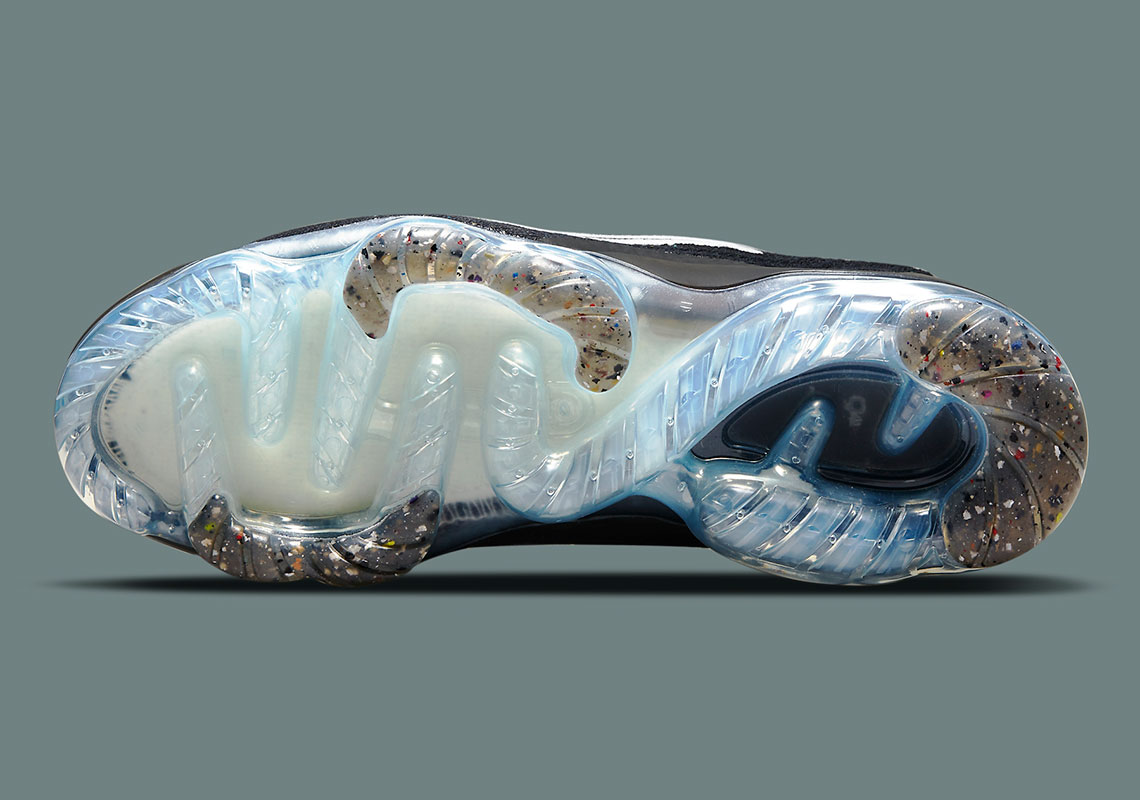 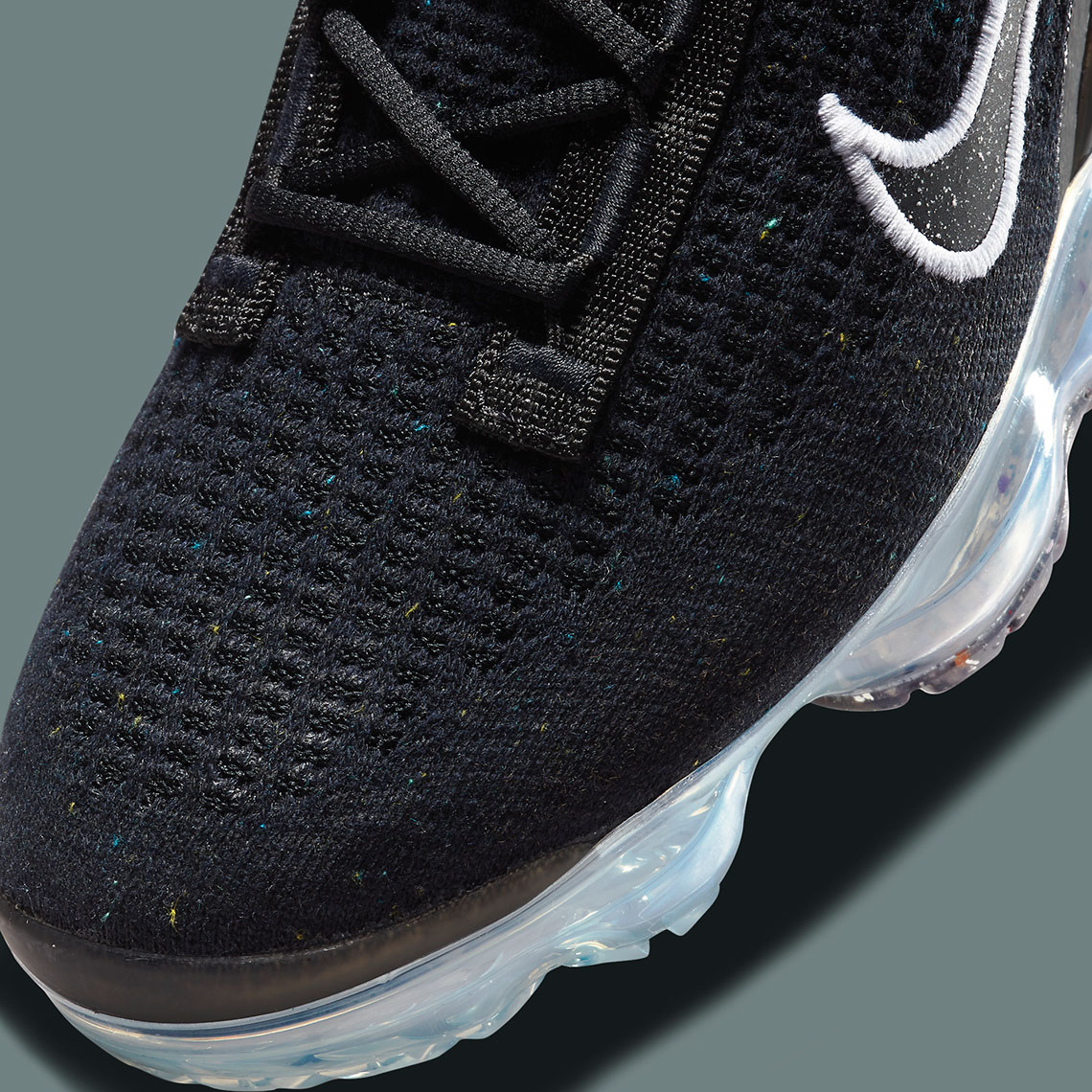 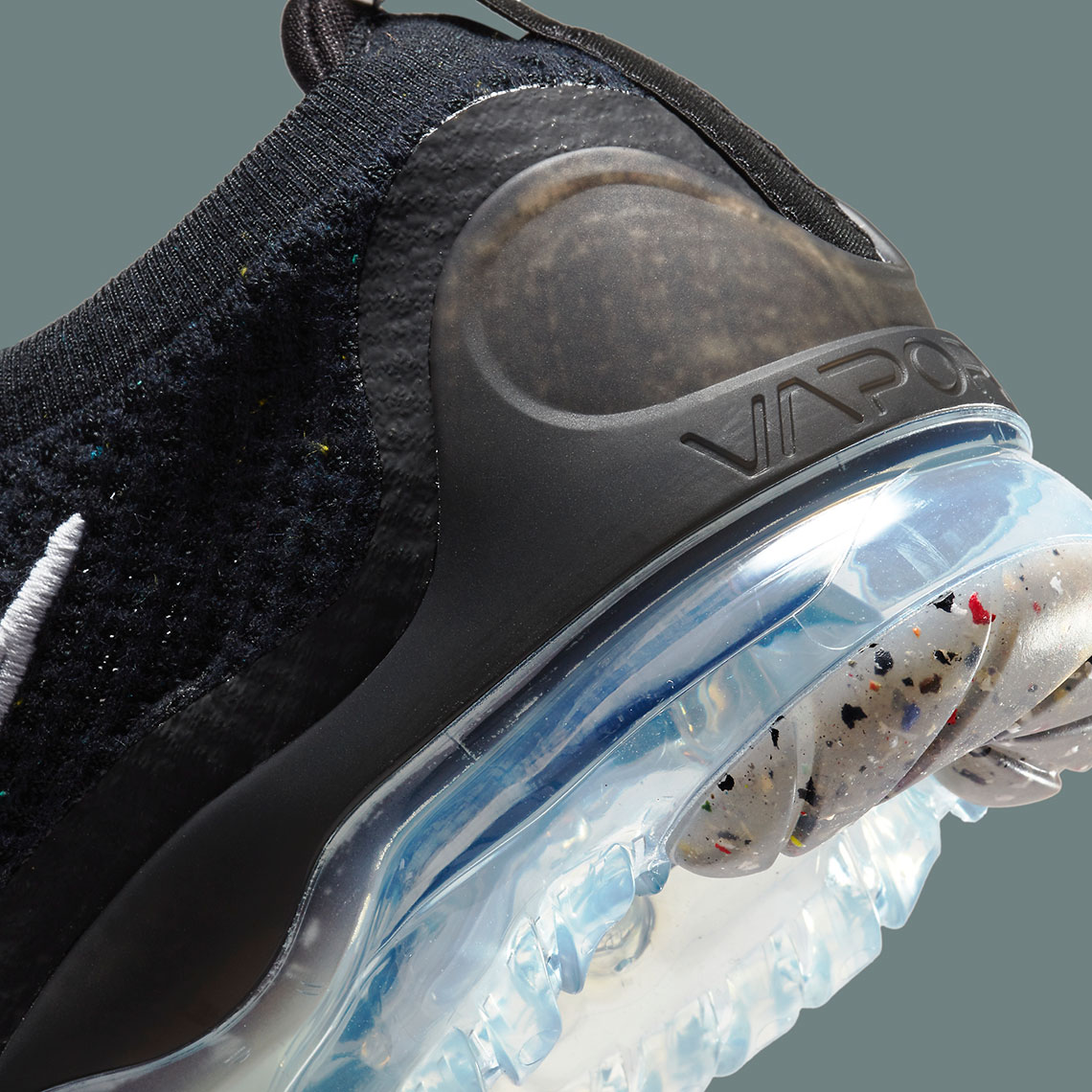