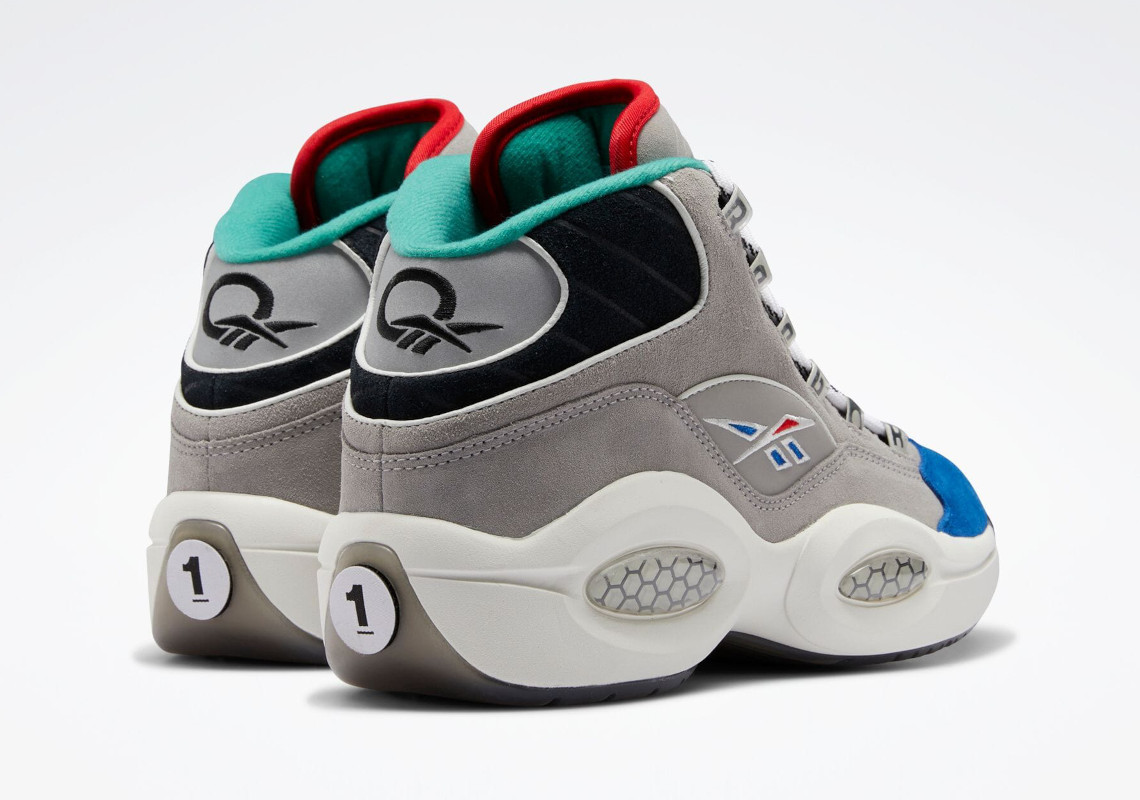 On June 26th, 1996, the Philadelphia 76ers selected Allen Iverson first overall in the 50th NBA Draft. The League would change forever, and to commemorate the 25th anniversary of that historic moment, a thematic Reebok Question Mid has been prepped by the Massachusetts-based brand.

Although Reebok has been telling Iverson’s story through footwear, apparel and creative campaigns since the Virginia-native joined it in the same year he entered the NBA, it’s ramped up its efforts since late 2019. For the latest iteration of A.I.’s first signature sneaker, the sportswear institution has created a high-quality, colorful ensemble that harkens back to ’96. Suede takes over much of the upper’s construction, with most of the body indulging in a muted “Solid Grey” tone. The model’s signature toe-cap deviates from its surroundings, delivering stark “Vector Blue” contrast. Vector logos on the profiles don a white, blue and red color palette surely inspired by the 76ers’ team colors; the trio appears sparsely elsewhere on the shoe. And while compelling in their own right, each aforementioned component unquestionably plays a supporting role to the lottery ping pong ball-like accent at the bottom heel, which replaces traditional “3” branding with an underlined “1” to denote Iverson’s pick order on NBA Draft Night 25 years ago.

Enjoy official images of the pair here below, and anticipate the Question Mid to hit Reebok.com on June 25th.

For more sneaker news, check out the adidas NMD S1, the biggest update to the model in five years. 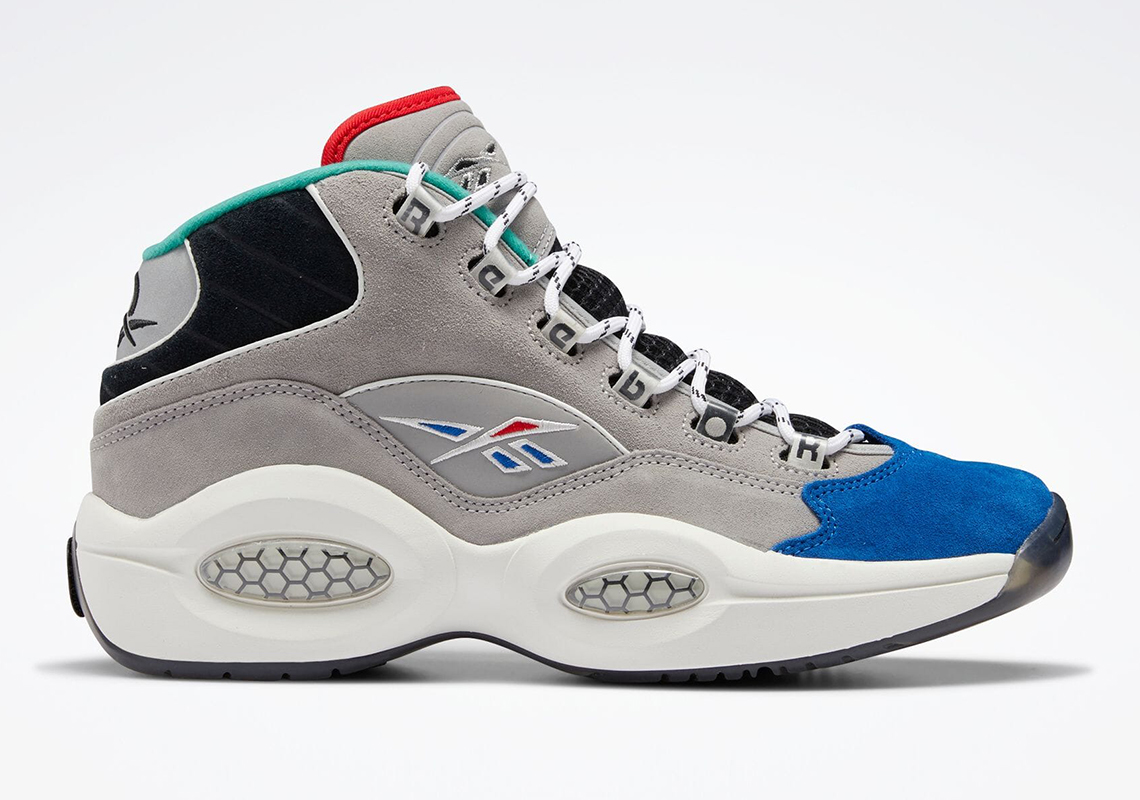 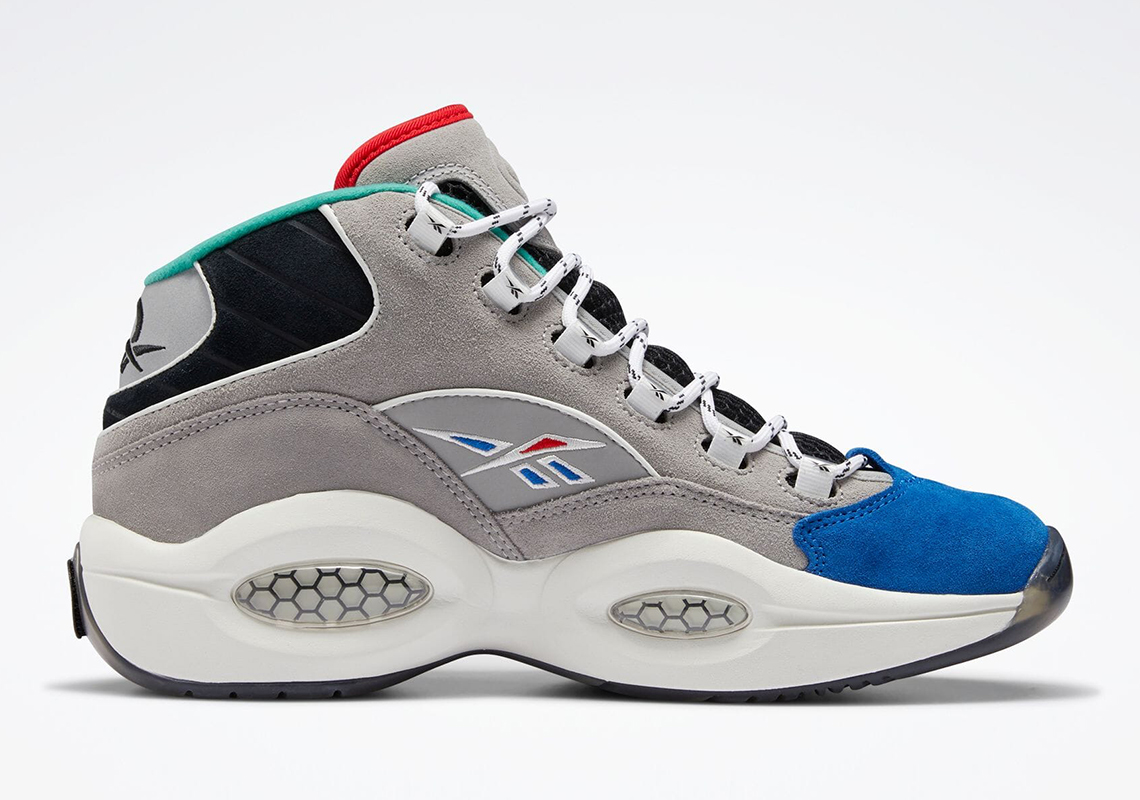 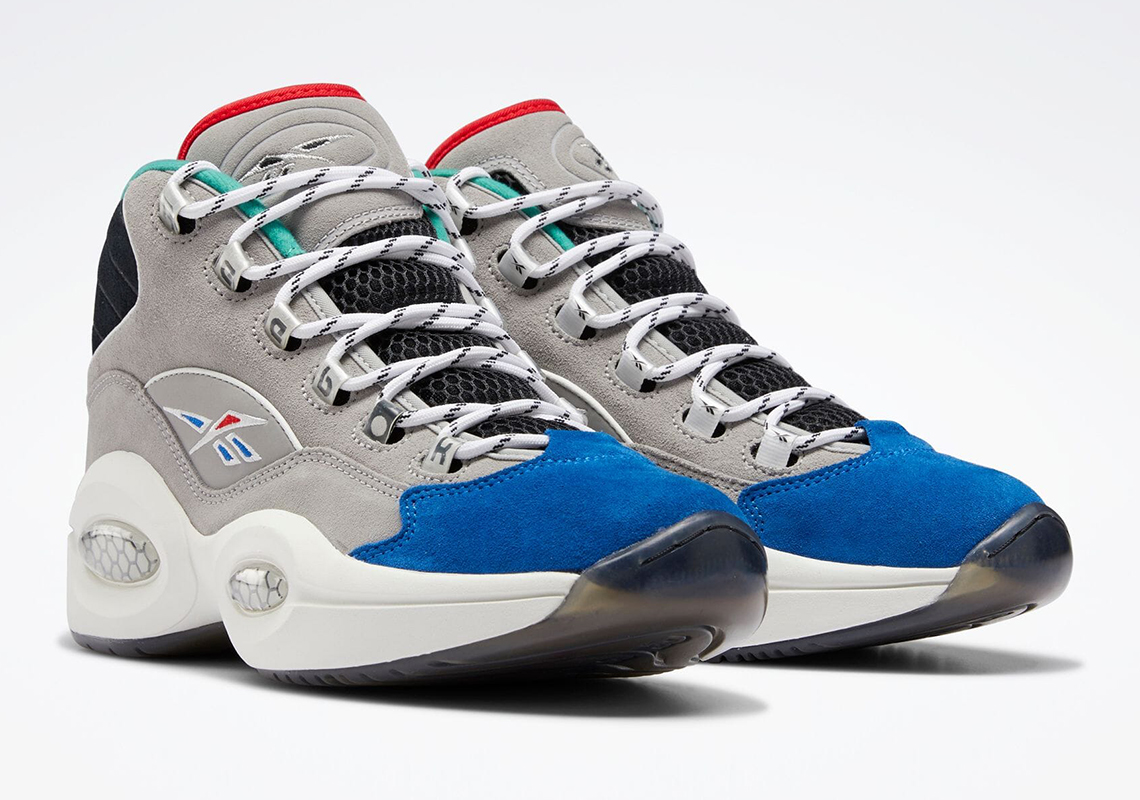 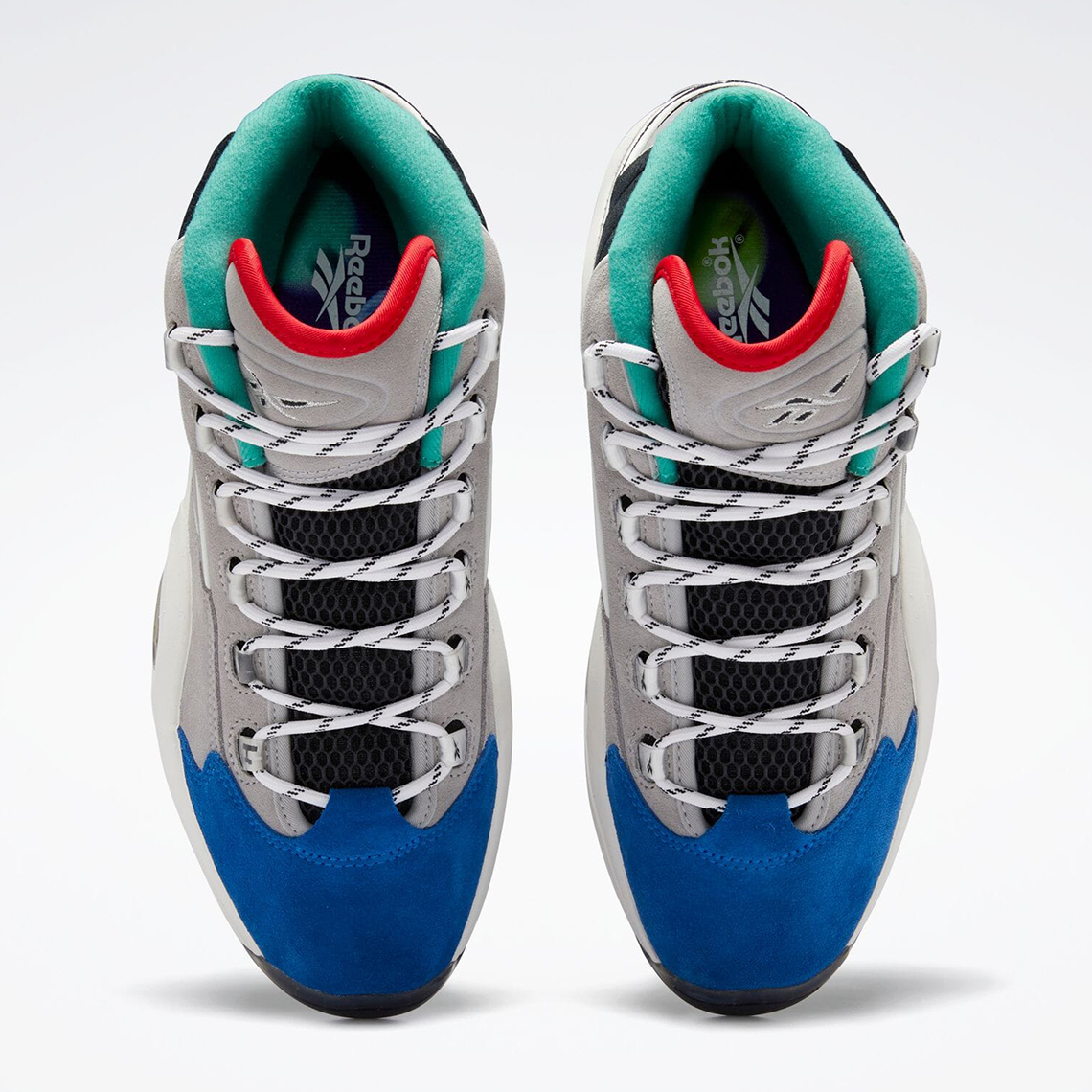 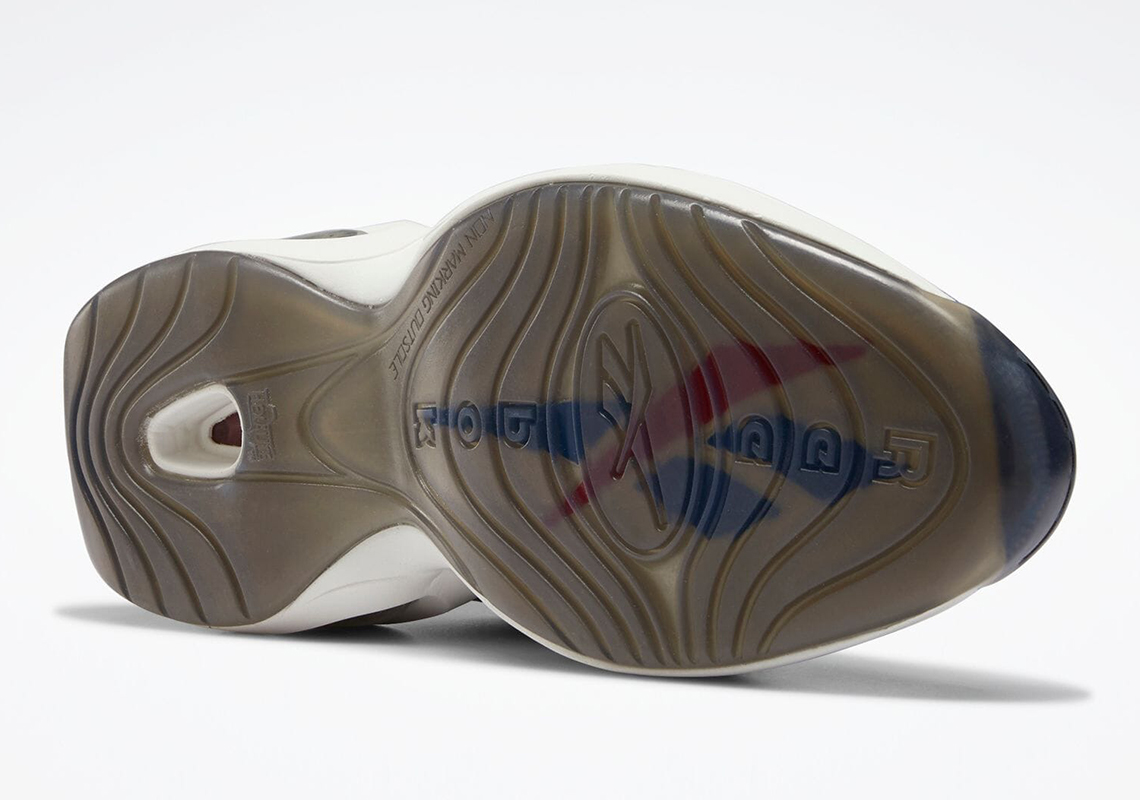 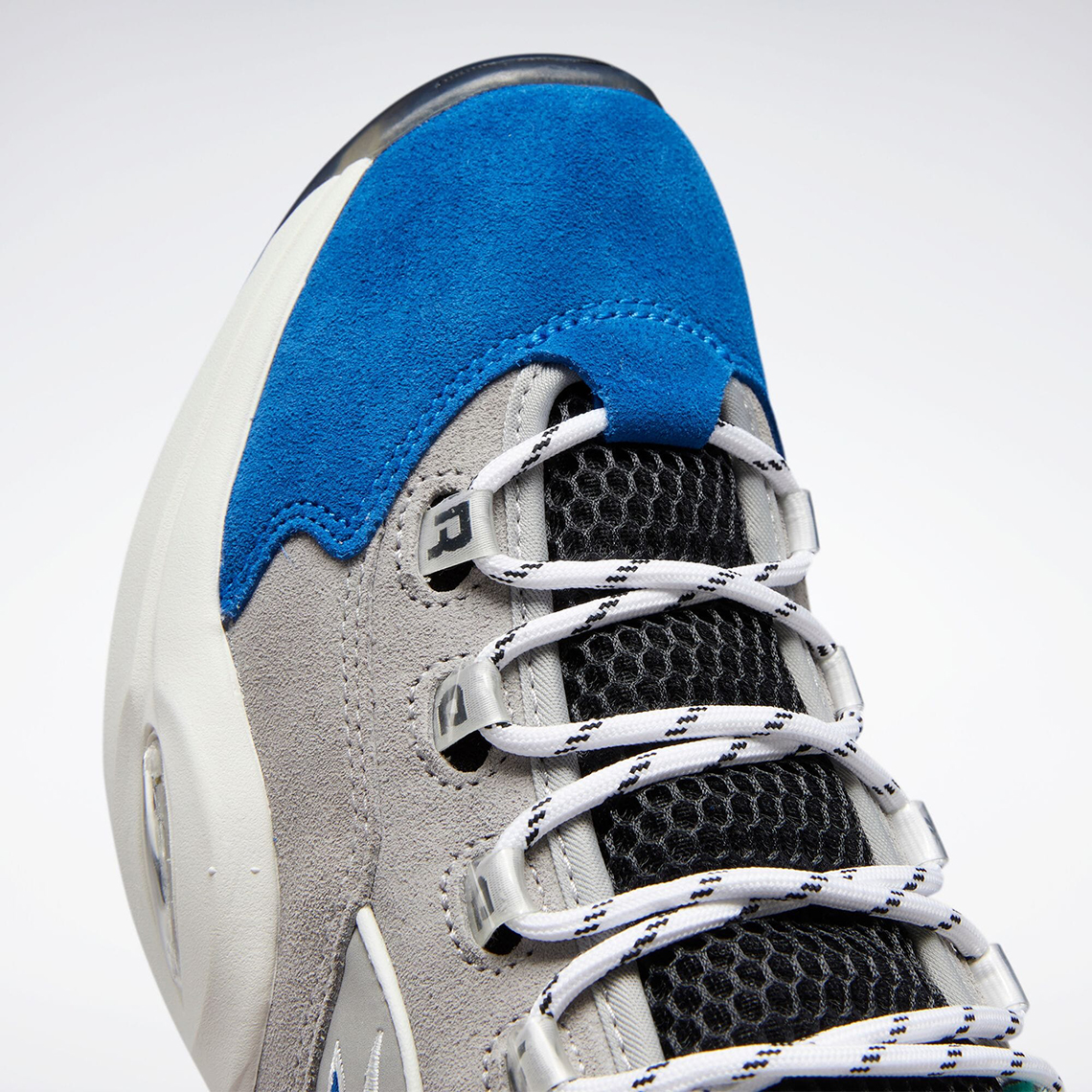 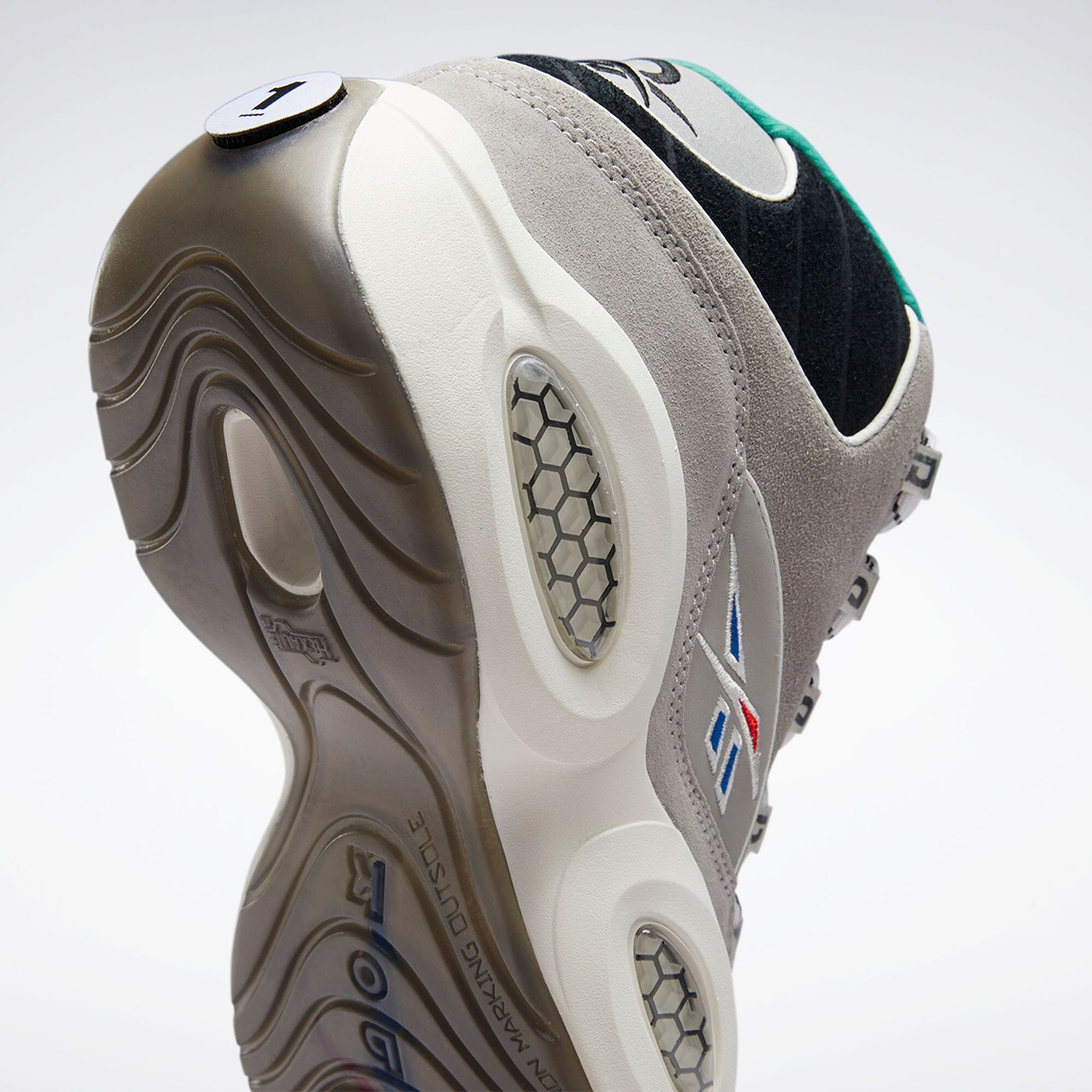