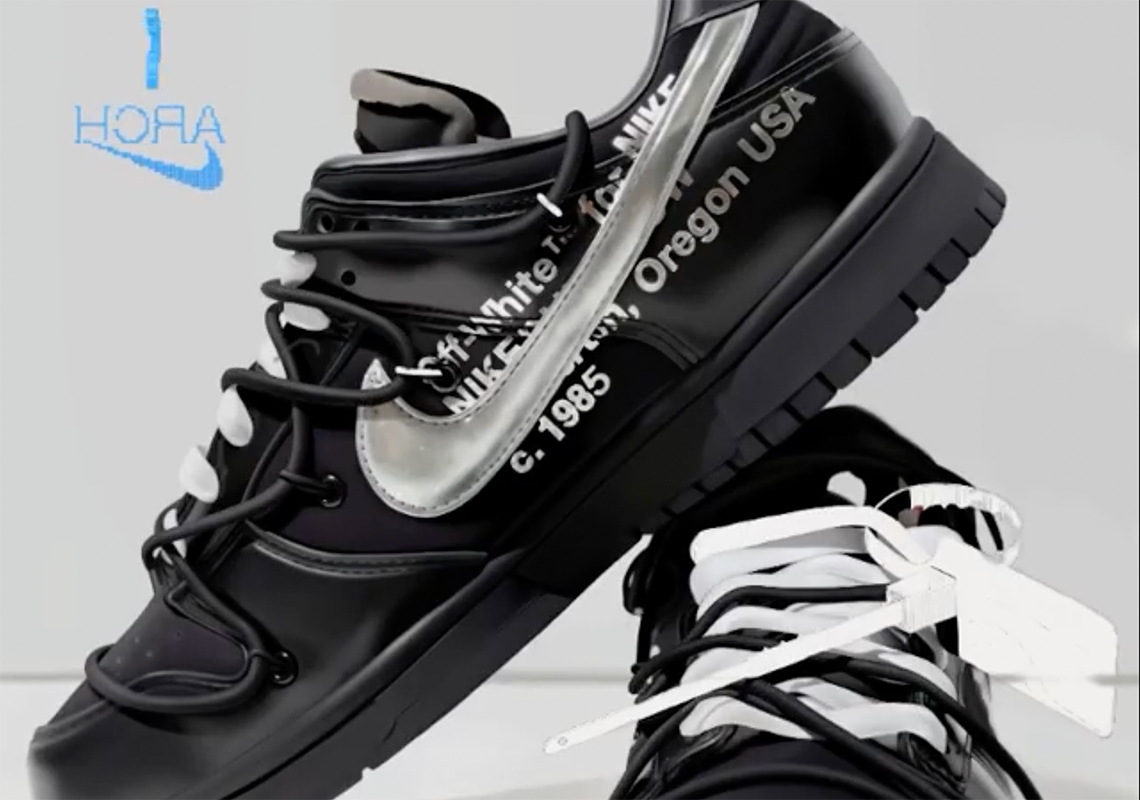 Few releases are quite as iconic as Off-White‘s, the Virgil-headed label known for their collaborative “The Ten” collection with Nike. And even following the core offerings, the streetwear label continued to provide strength after strength, one made in honor of the The Museum of Modern Art. Today, that very same colorway is to return though now atop the Dunk Low.

Likely a part of Virgil’s next collection, which is relatively massive in scope, the pair sports a scheme near identical to the aforementioned. Both the leather upper and tooling are rendered entirely in black, supported elsewhere by Silver Metallic Swooshes and matching Helvetica. The secondary lace unit also makes a return, though here it lies low in black in contrast to the white laces adjacent.

For a quick look, see below. Expect more info to surface in the coming months.

In other news, the Yeezy Boost 350 v2 Mono Pack is landing in just a couple more days.