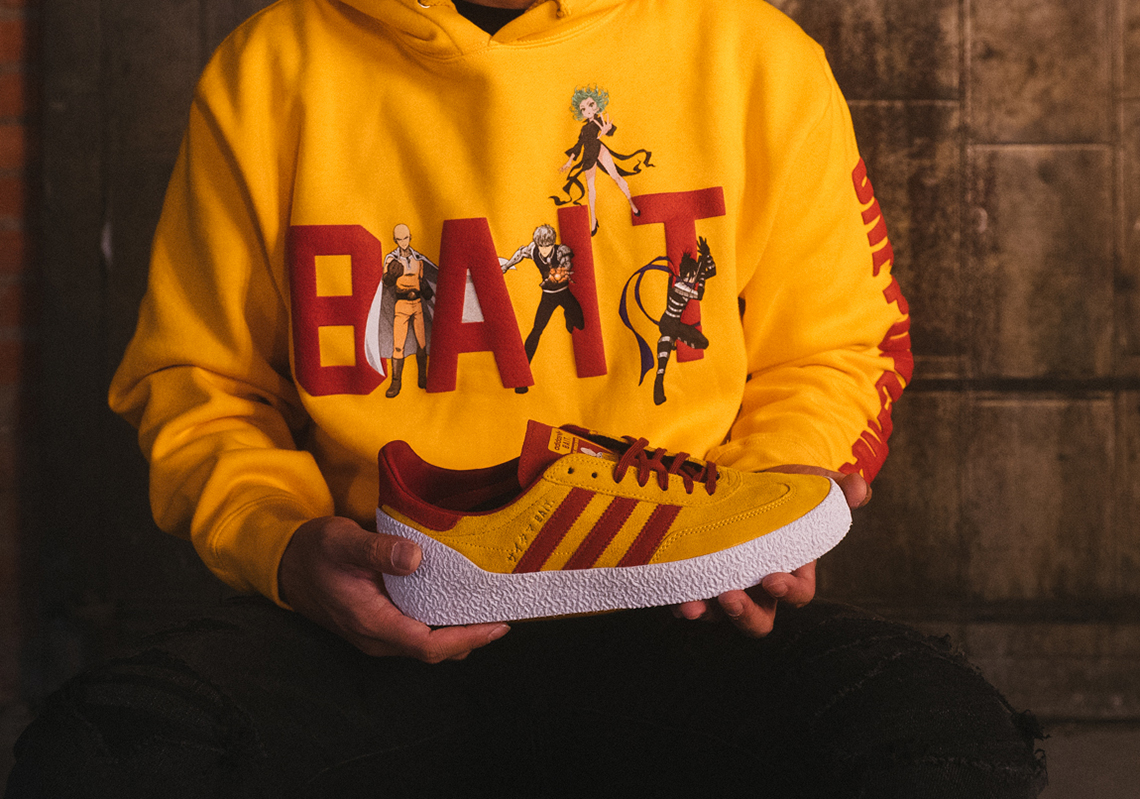 Undoubtedly one of the most overpowered characters to see serialization, One-Punch Man has quickly become a hit throughout the world. And no matter your experience with Anime/Manga, there’s a lot that the eponymous series offers in exciting fight sequences and pleasantly relentless comedic relief.

BAIT — known for their collaborations with series like Gundam, Street Fighter, etc. — is well-aware of the series’ impact as they’ve offered their own licensed product prior. But they’ve yet to create footwear, which is what this next capsule accomplishes thanks to adidas and the Montreal 76 silhouette.

In colorway, the pair mimics the two-toned suit of the titular hero (while also touching on the colors of USC). Its suede base is appropriately dyed a deep yellow, while the stripes, laces, tongue, and heel round us out with bolder pops of red. The “One-Punch Man” branding along the raised heel clip is treated identical to the latter, while the logos just above opt for a neutral white. What’s more, the tongue and insole feature two depictions of Saitama himself: one styled similar to the original webcomic, the other like the anime and Yusuke Murata illustrated manga.

For a closer look, see below. A raffle is currently live on BAITme.com with winners to be notified on June 30th. A FCFS, in-store release will also coincide. 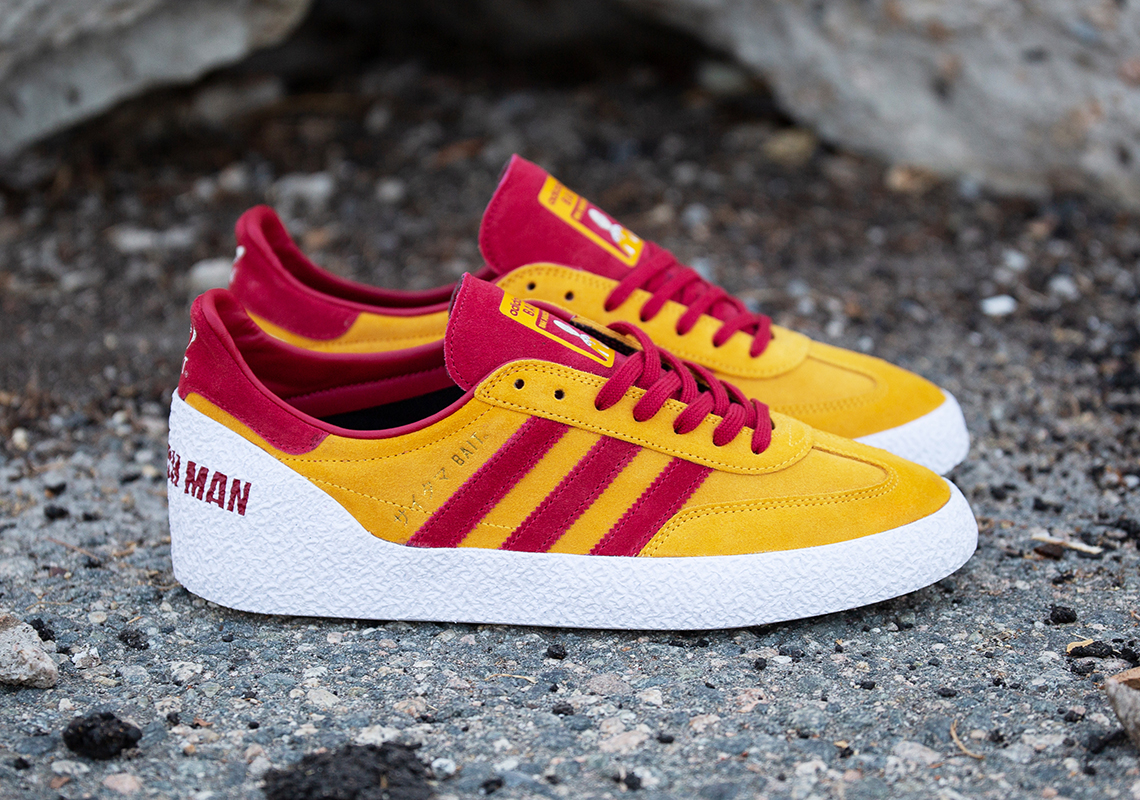 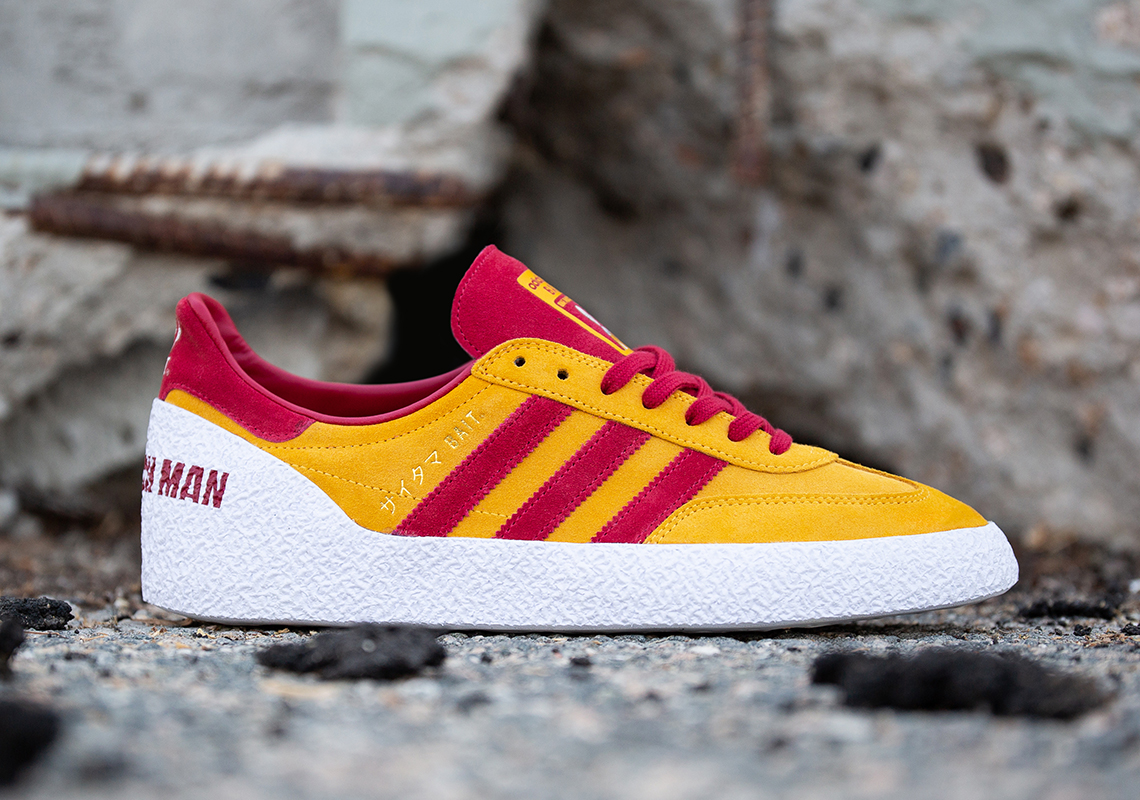 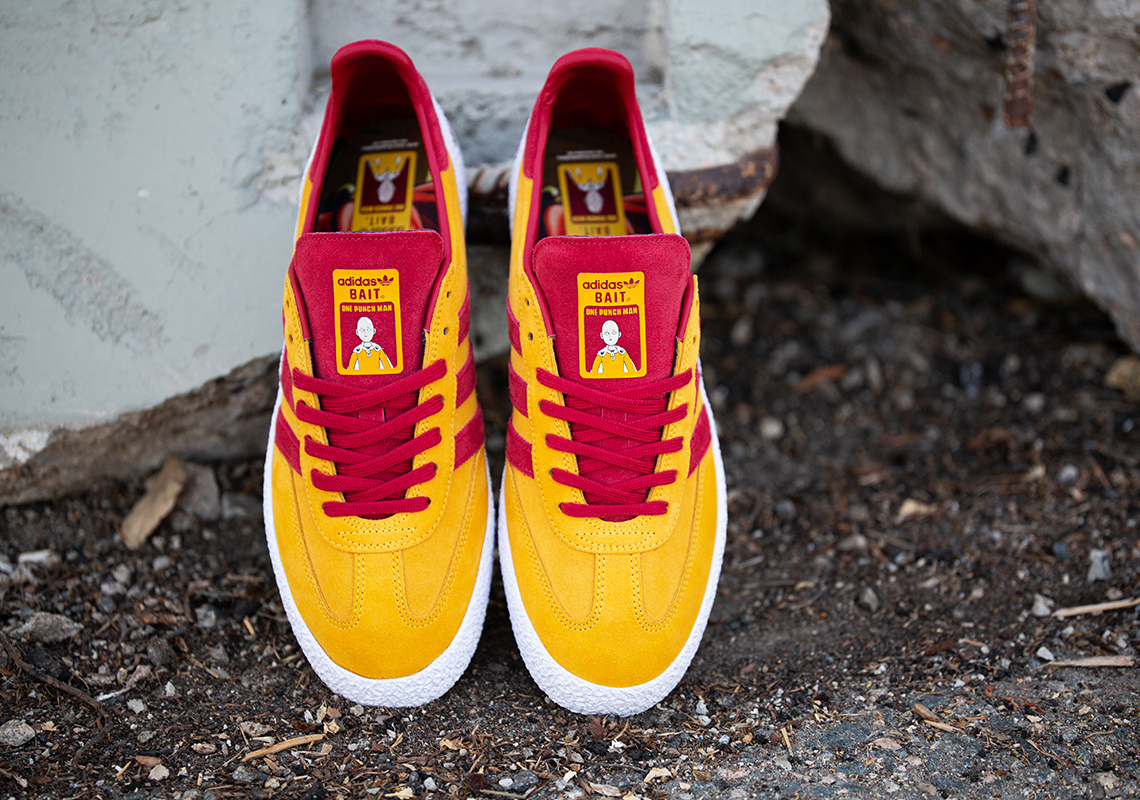 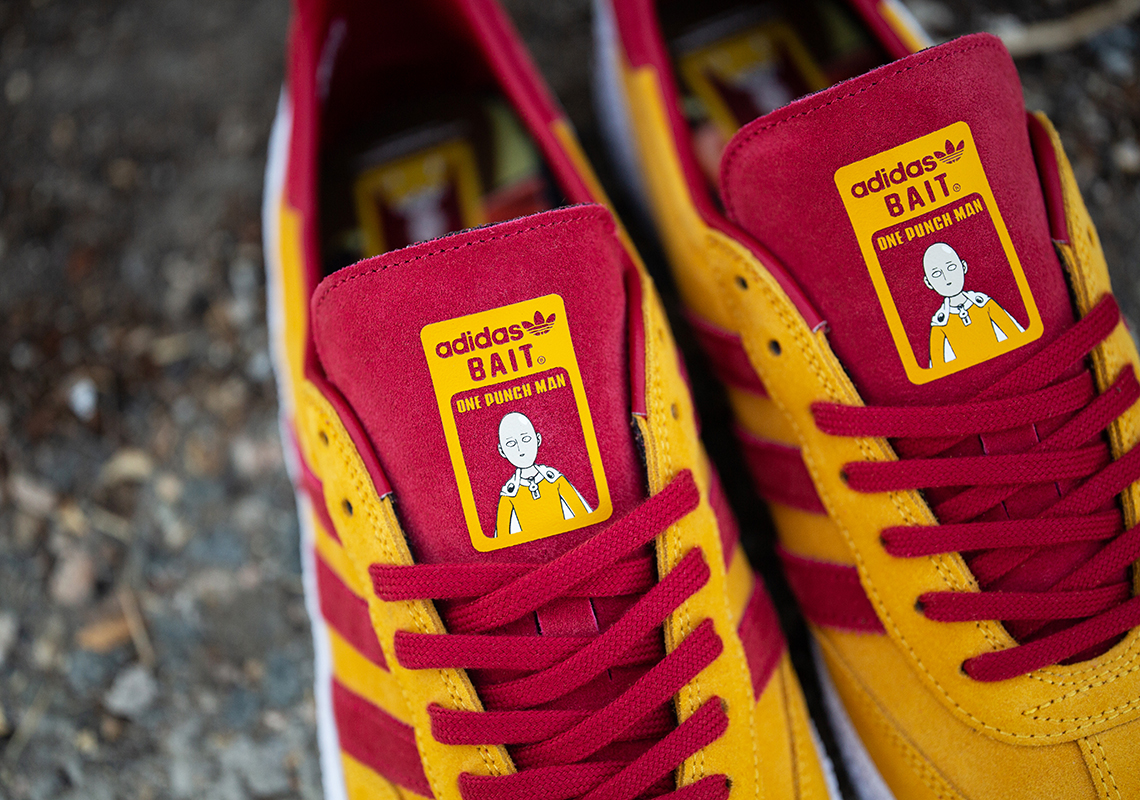 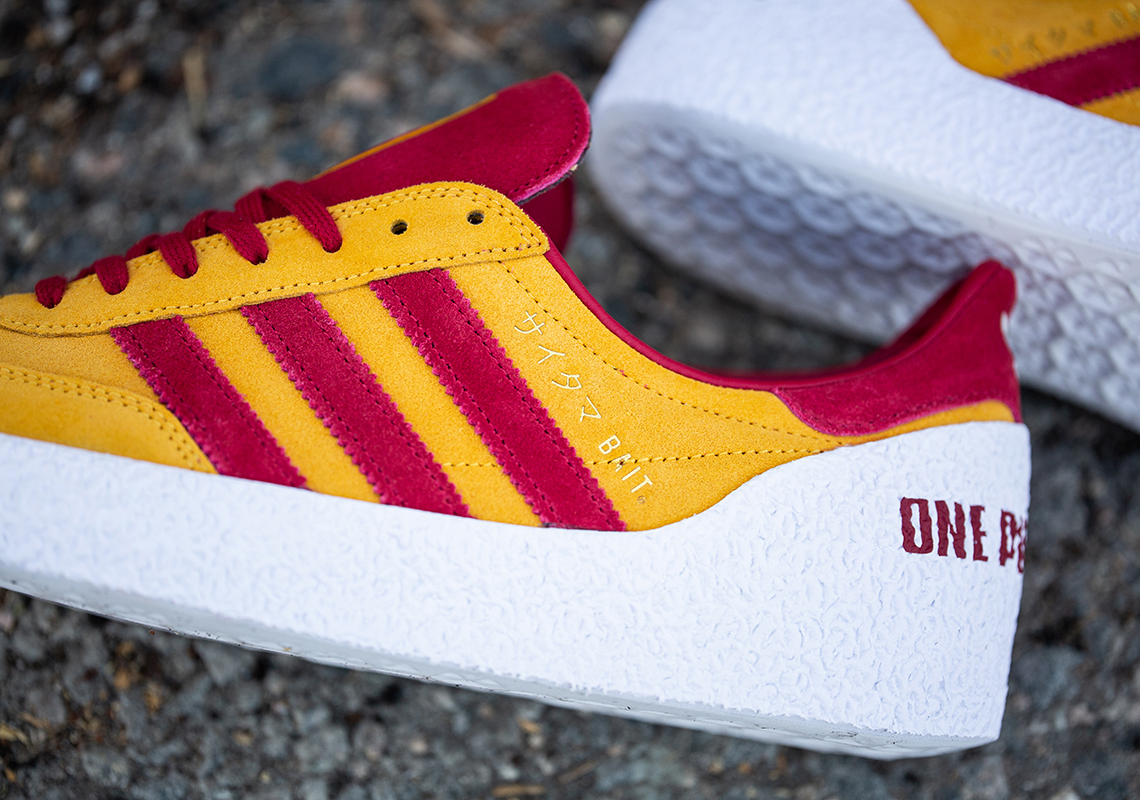 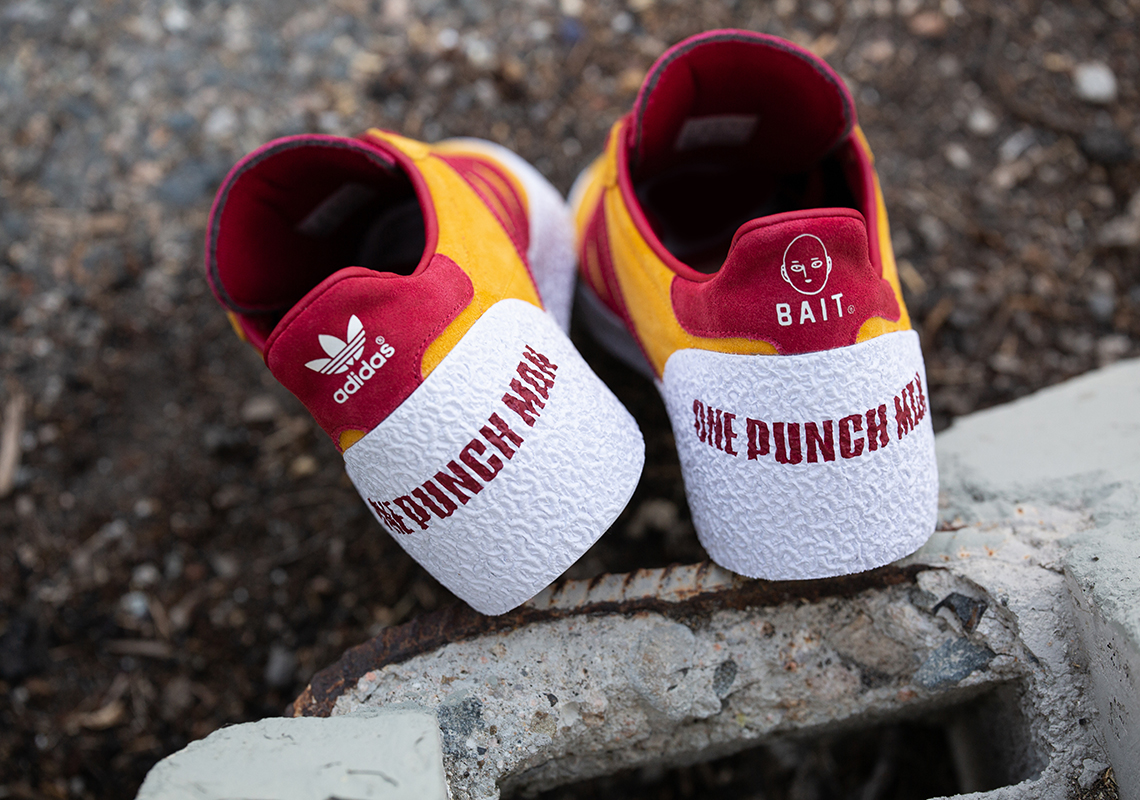 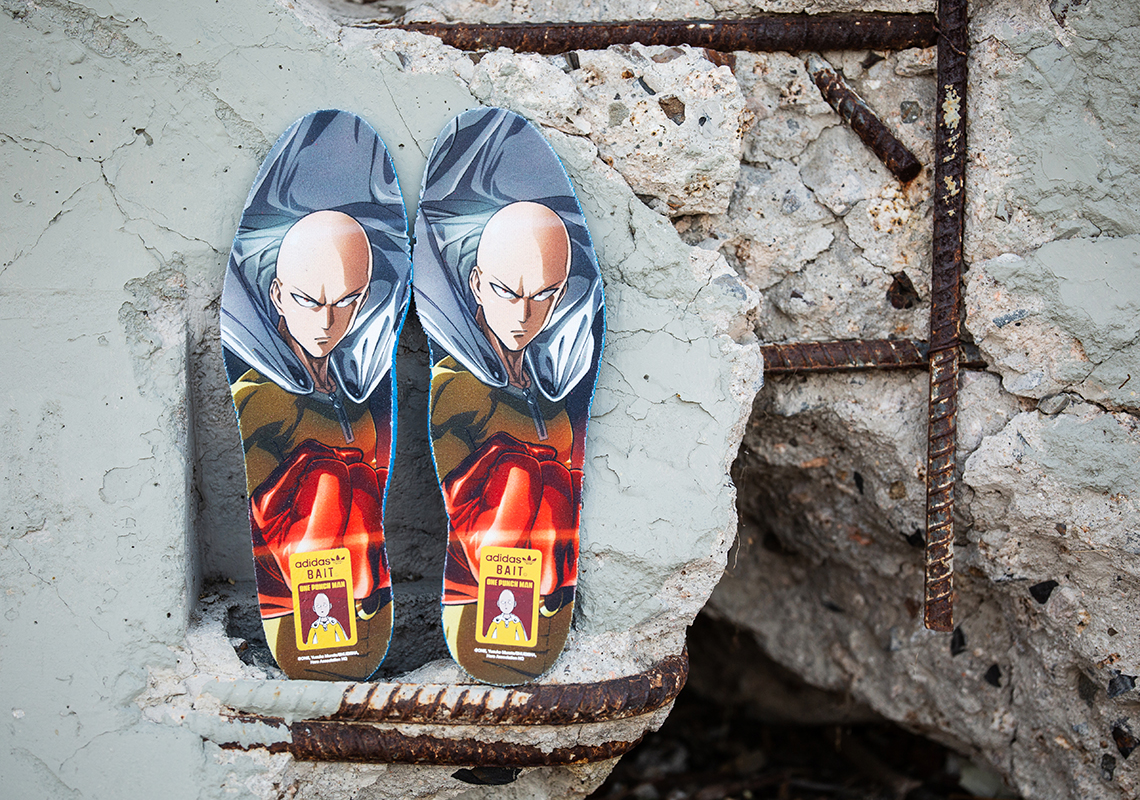