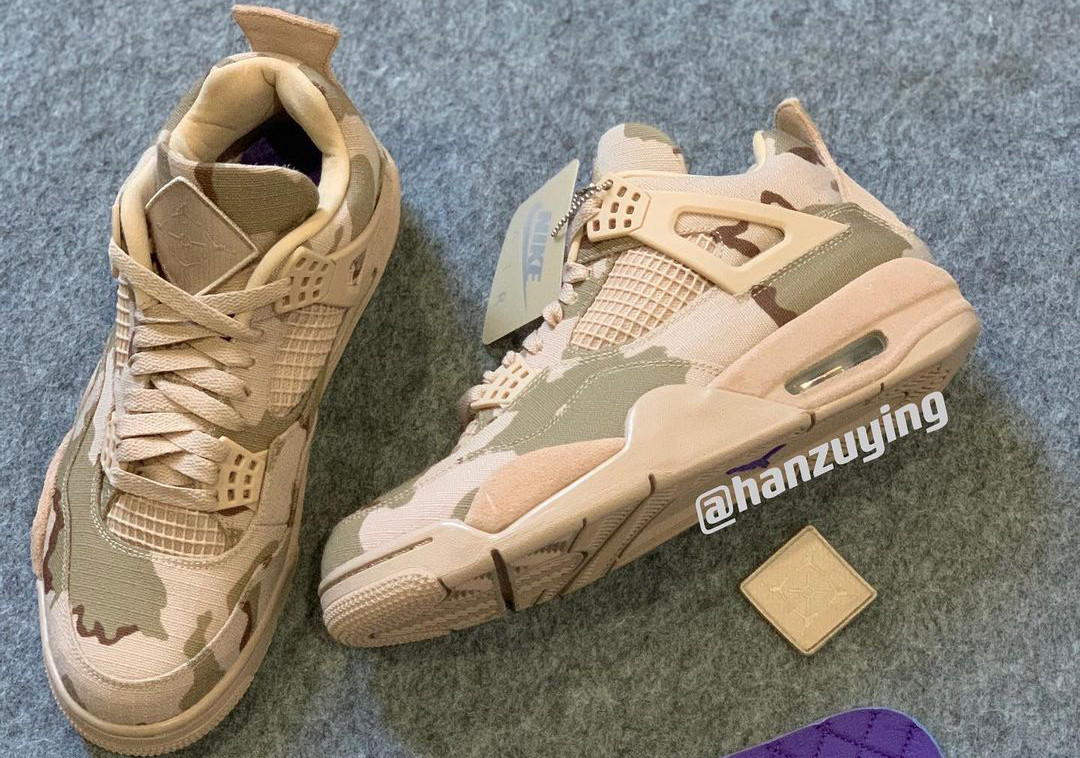 First Look At The Aleali May x Air Jordan 4

While yet to confirm a rumored Air Jordan 14 Low that surfaced in late May, Aleali May has most recently been linked to a camo pattern-laden Air Jordan 4.

Teaser images of the upcoming retro don’t reveal any structural changes to Tinker Hatfield’s second design for Michael Jordan’s signature sneaker line, but depict a use of on-theme materials. Ripstop nylon covers the entirety of the pair’s upper, primarily indulging in a sand tone. Shades of brown and green join the mix across the toe box, profiles and heel, resembling tactical military gear. Underfoot, sole units forgo any desert-appropriate patterns in favor of a uniform look, while sock-liners abandon their traditional build in favor of a purple quilted arrangement. Lastly, May’s logo takes over a respective insole; tongue labels have their standard “Flight” branding accompanied by a removable “Jumpman compass” patch.

A Nike SNKRS launch hasn’t been confirmed, but this retro is likely to arrive in the fall given its color scheme. In any case, enjoy images of the shoes ahead. 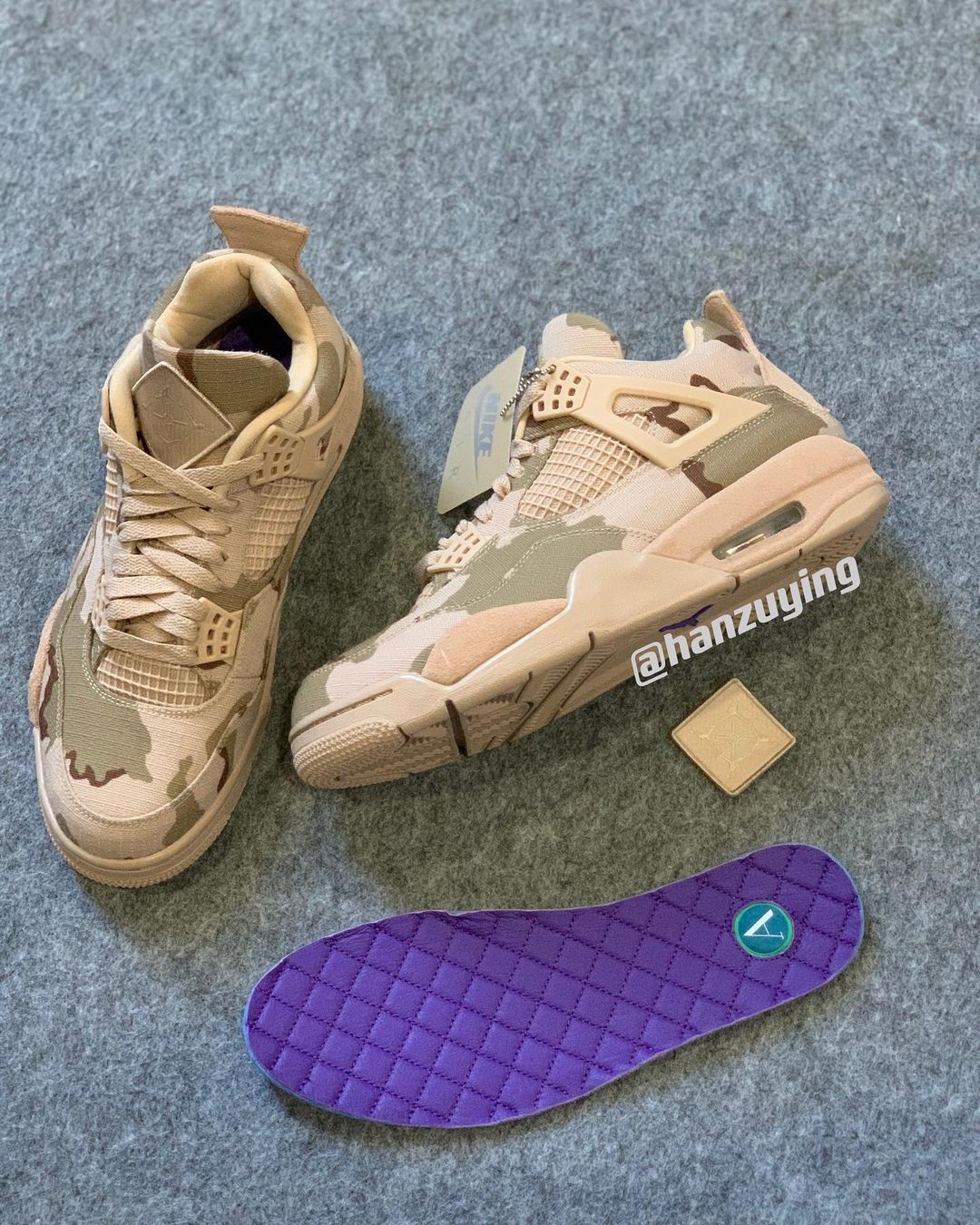 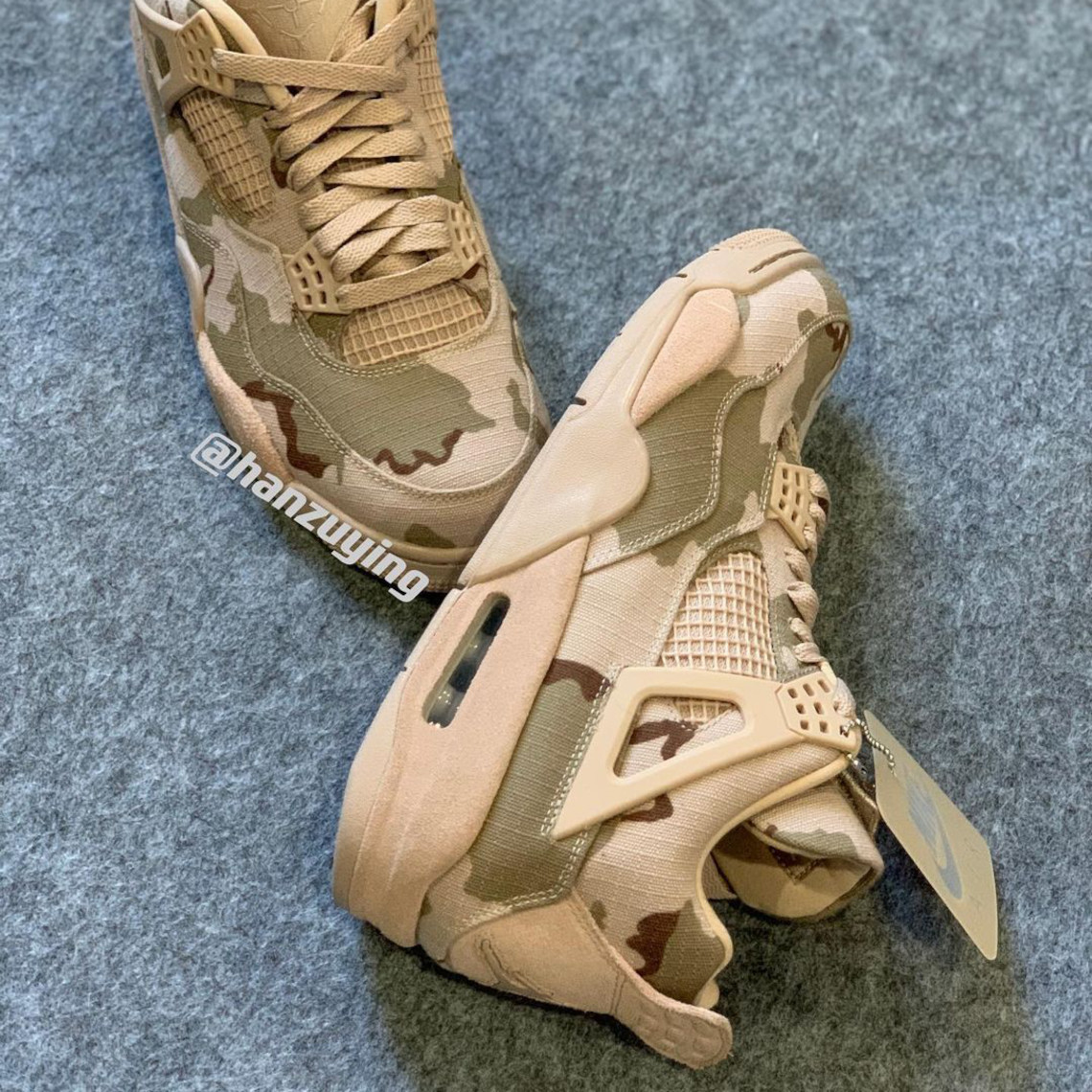 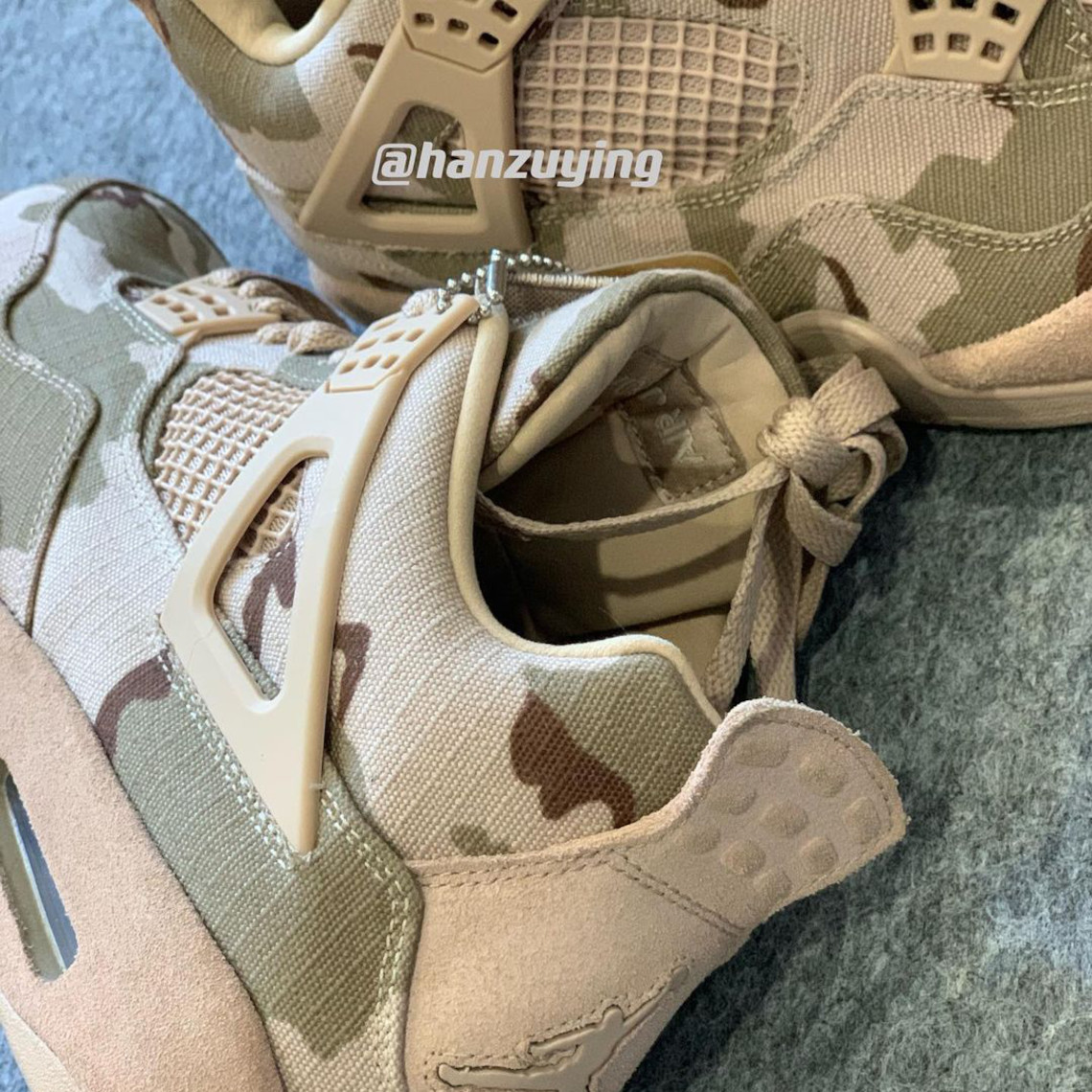 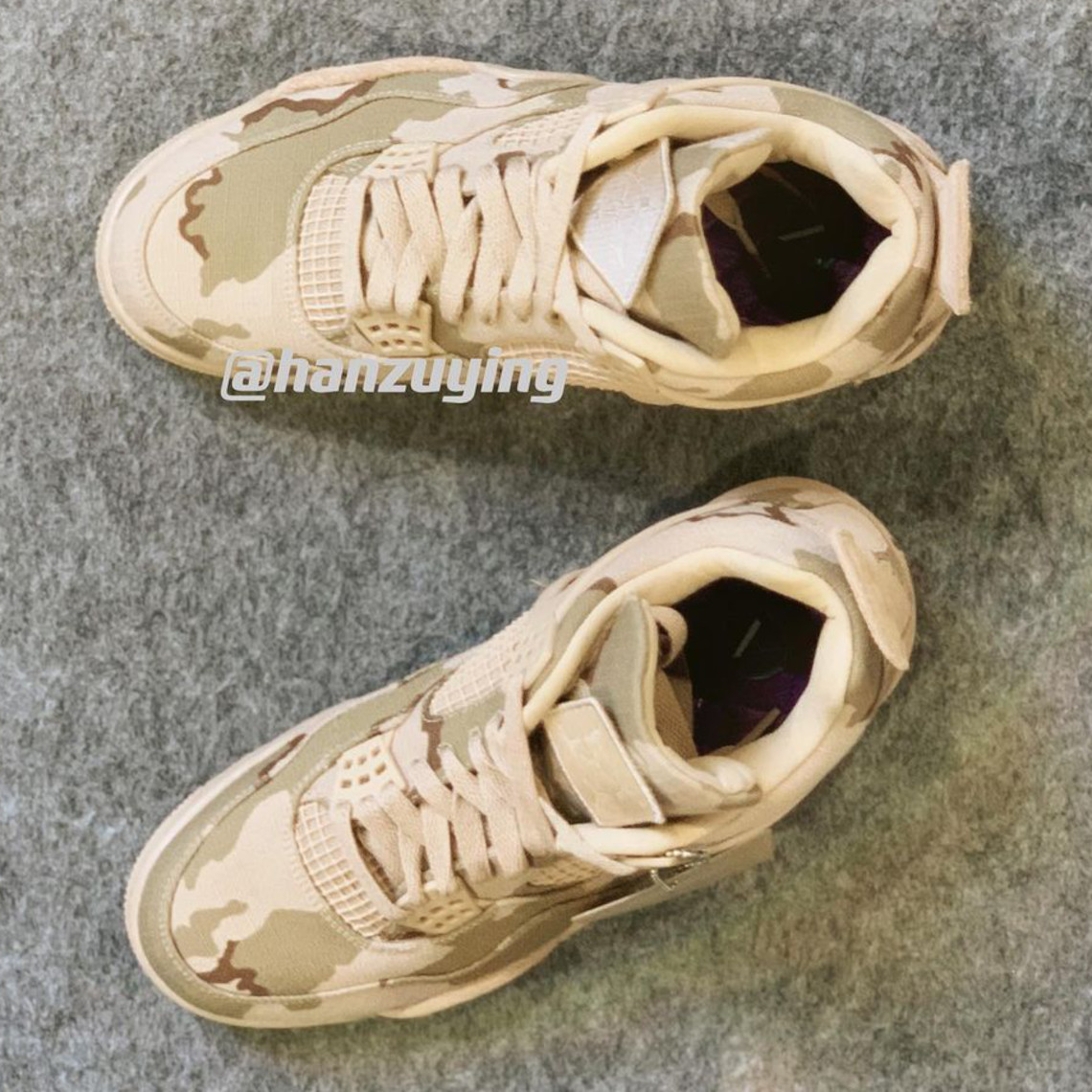 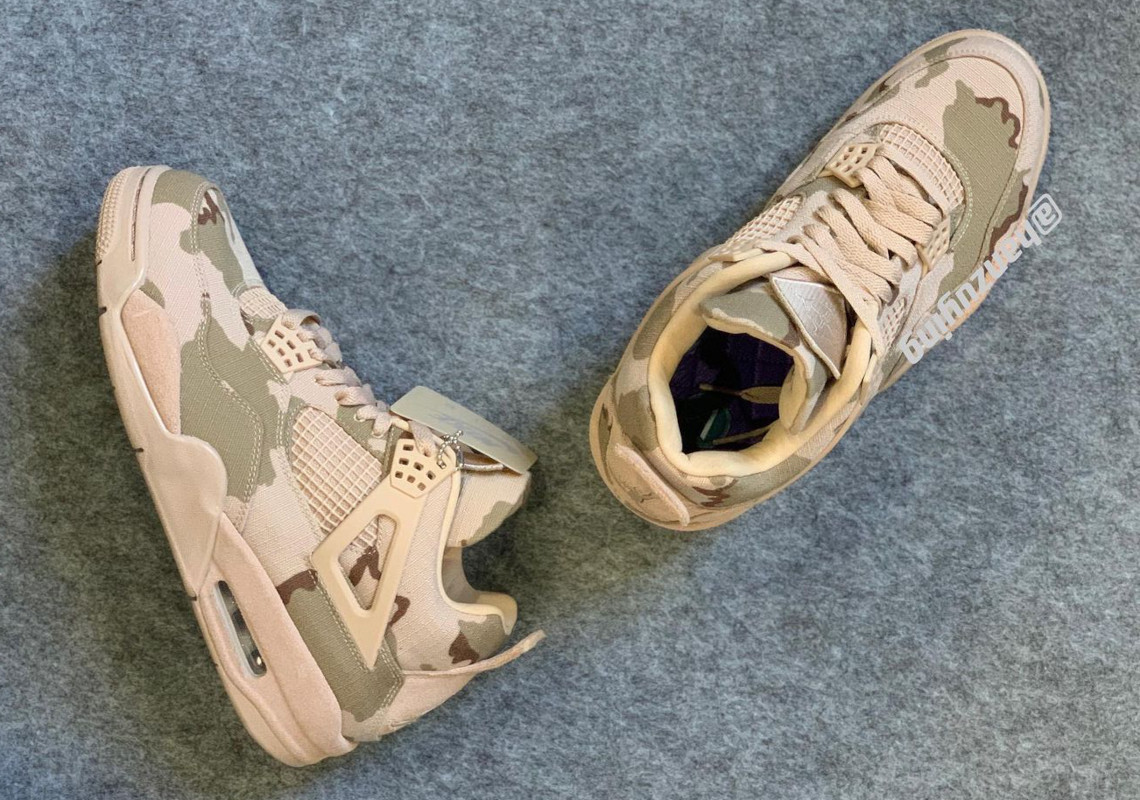 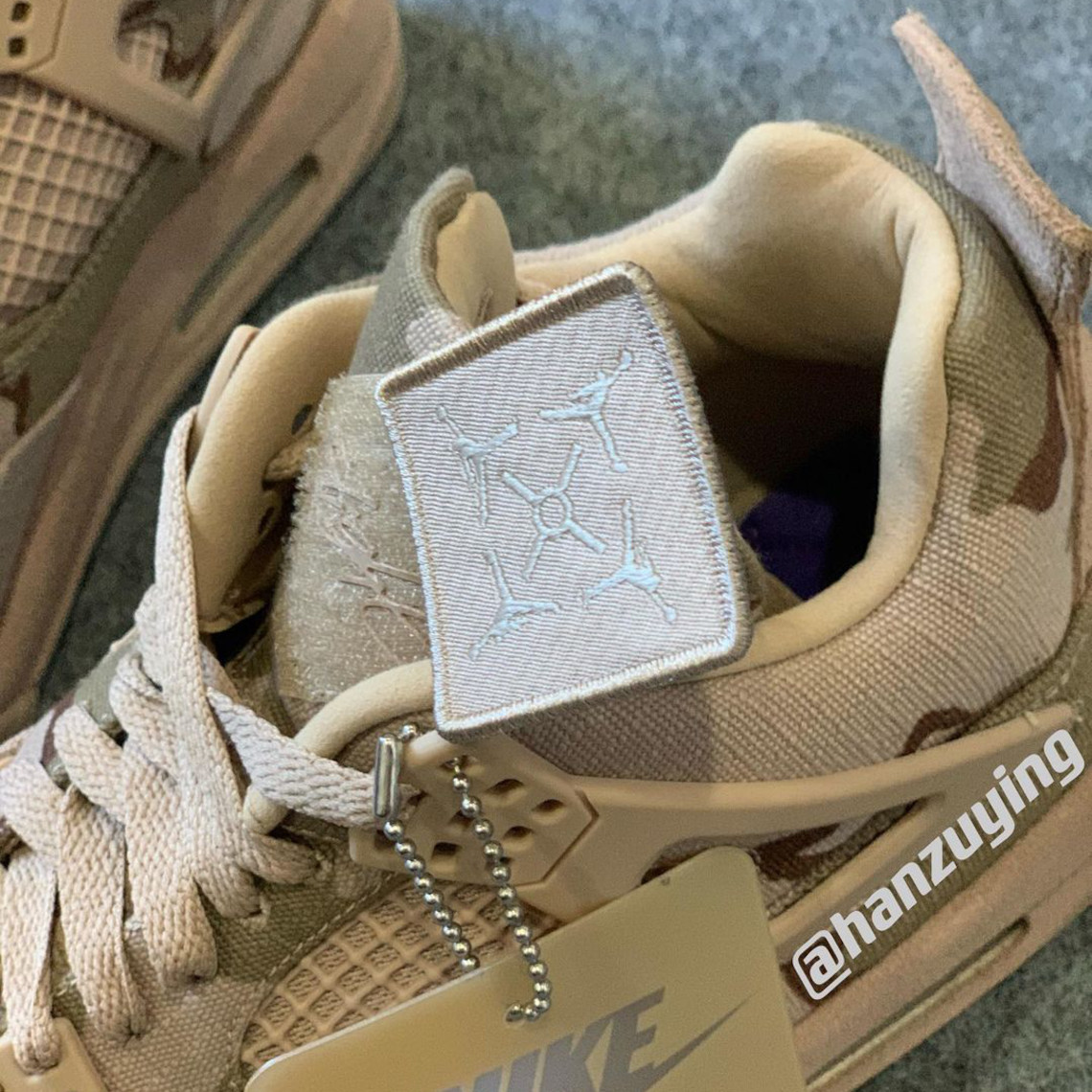 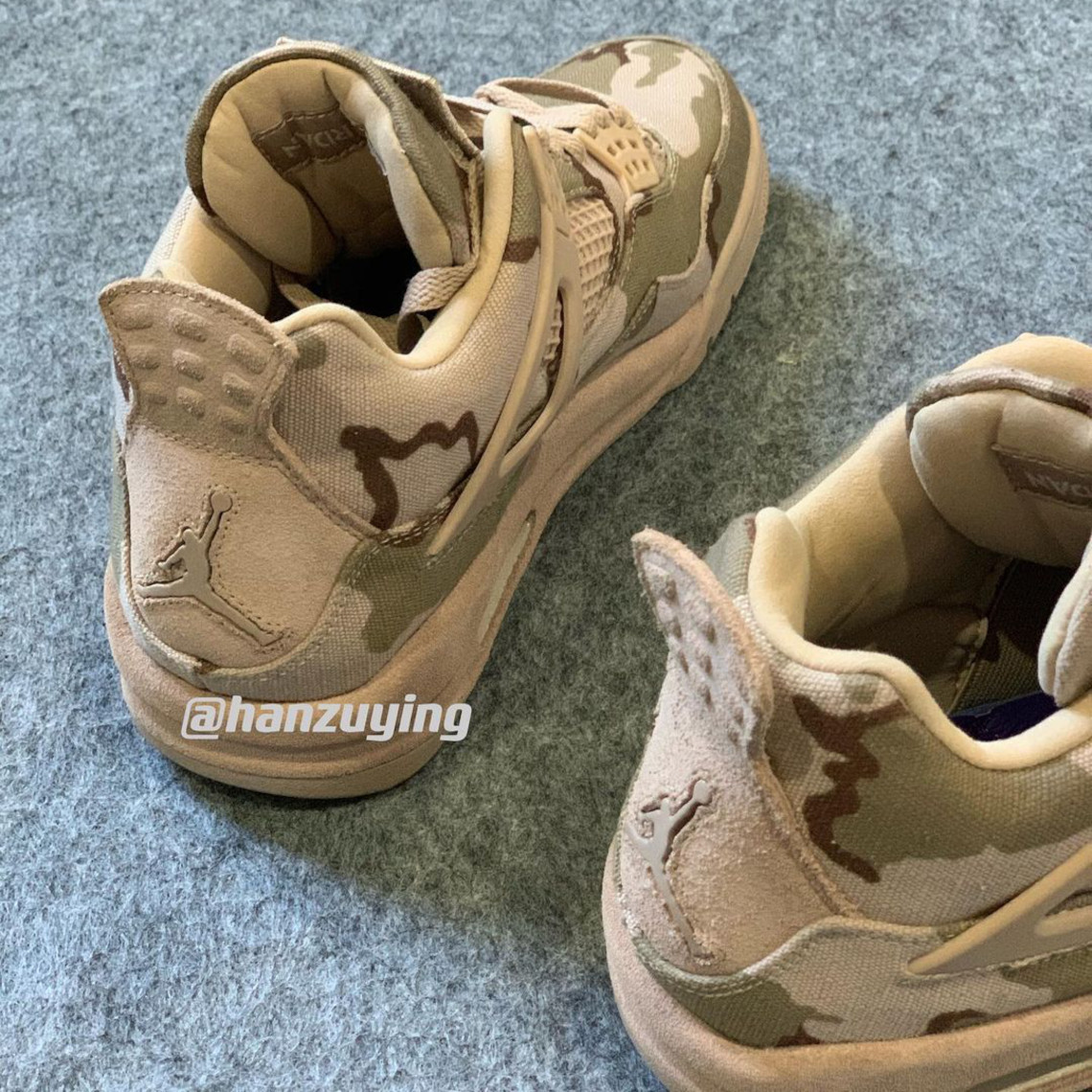