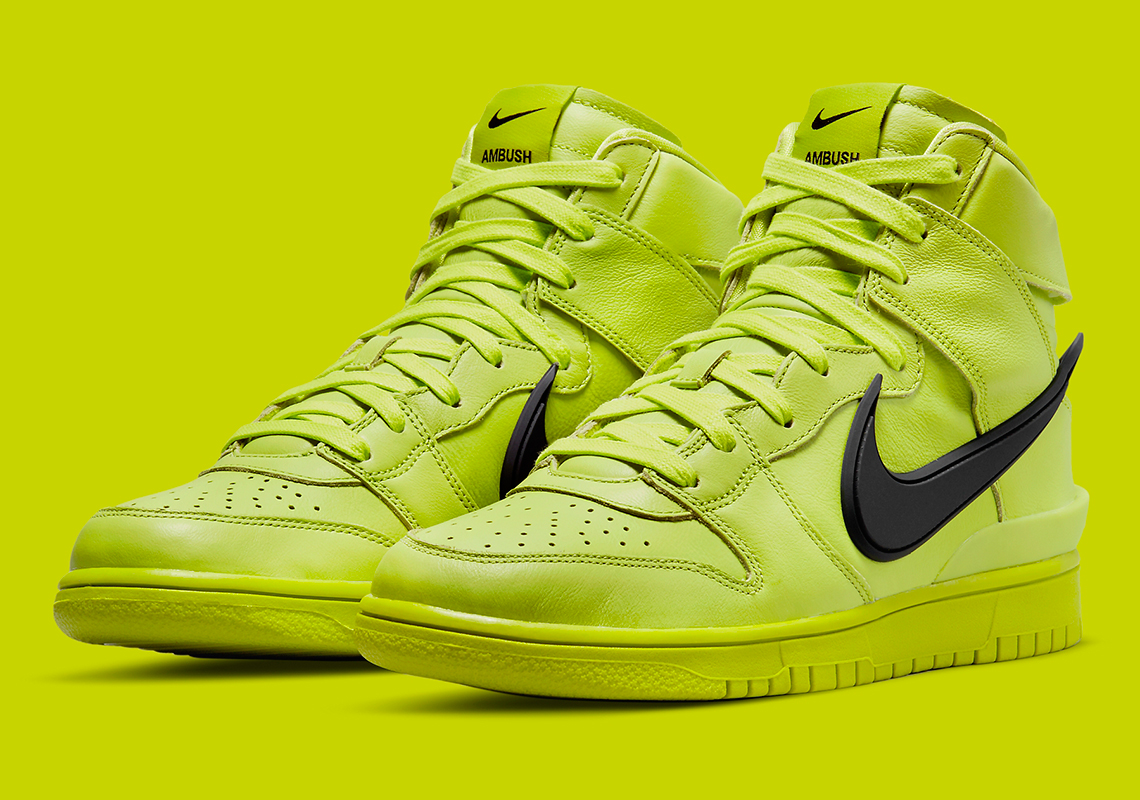 The Tokyo Olympics will be a quite a momentous occasion for Yoon Ahn. With her base country serving as the competition grounds to the upcoming Games, the AMBUSH figurehead is positioned to drop a lot of key product during the heightened period attention, and none will quite capture the hearts of the brands followers like the four installment of her epic AMBUSH Dunk Highs. Already releasing in an all-pink, white/black, and white/royal colorway, it now appears in an “Atomic Green” off-set by the over-sized moto-inspired Swoosh logos.

Originally teasing the shoes during a SNKRS Live segment weeks ago, the AMBUSH Dunk High “Atomic Green” now surfaces via the brands official images ahead of the scheduled July 30th SNKRS release. We don’t need to go too deep into the nuances as the shoes as the AMBUSH Dunks have gained quite a following since its release in late 2020, but we’ll add that the Atomic Green color matches one of the accent hues on the upcoming AMBUSH Nike collaborative capsule also set for a July 2021 release.

Check out the official images here and stay tuned for the release on July 30th for $180. 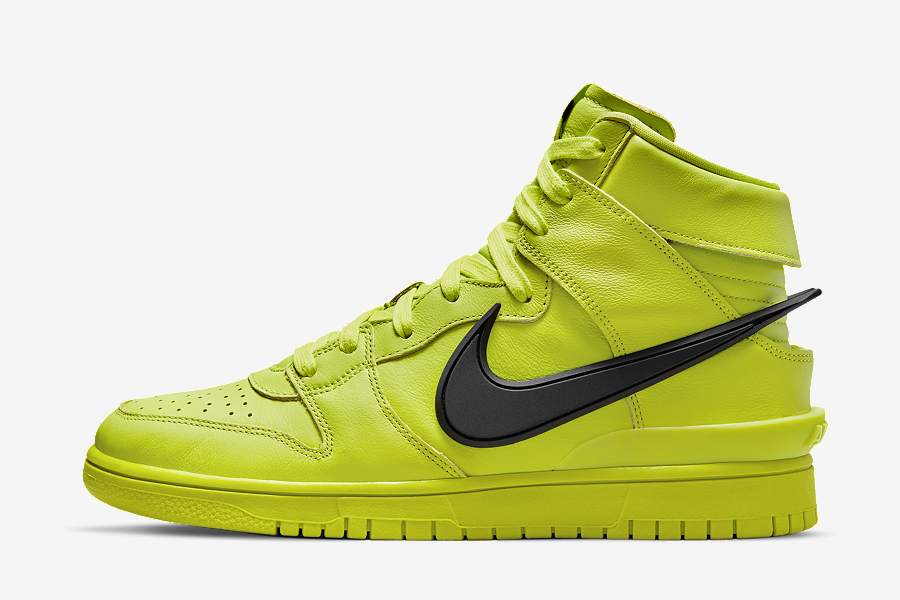 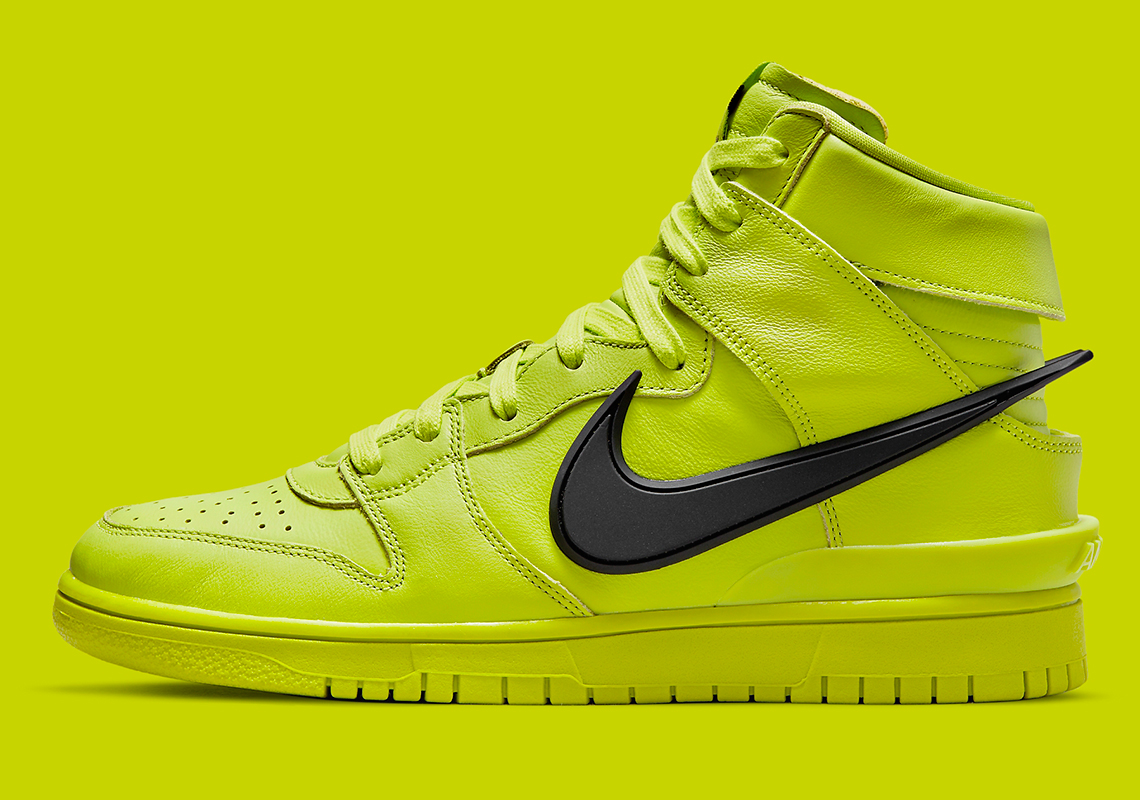 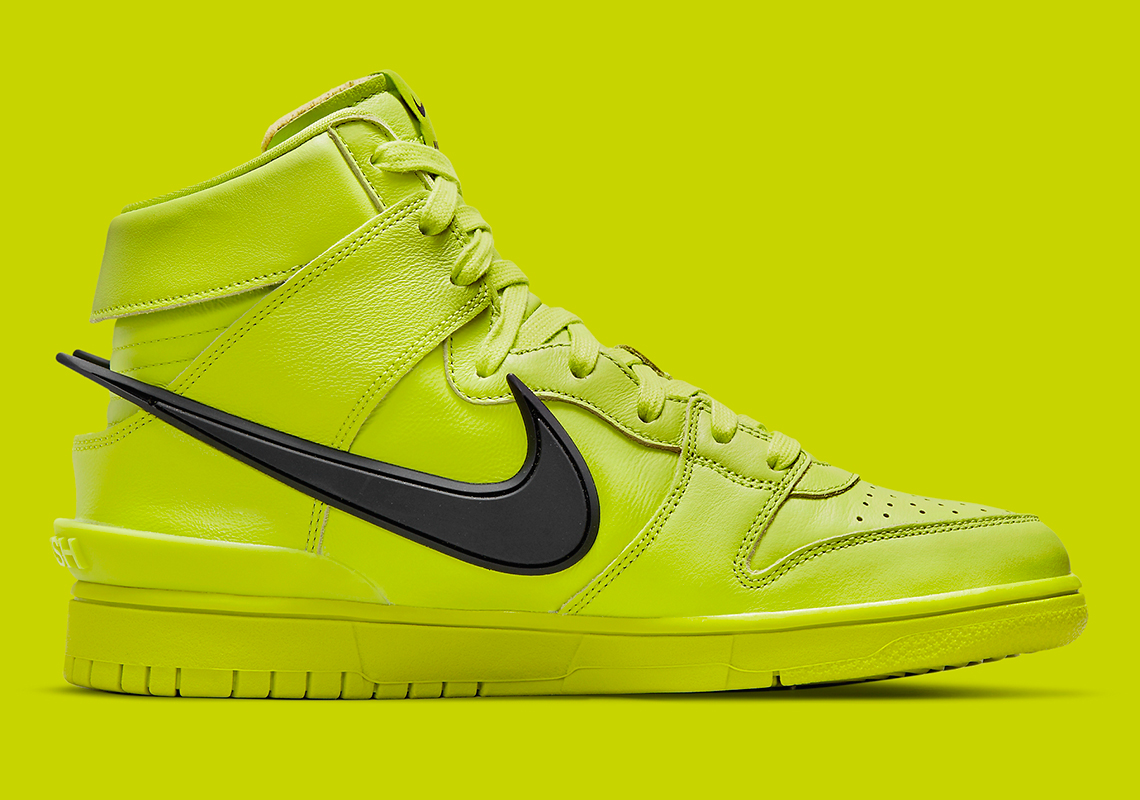 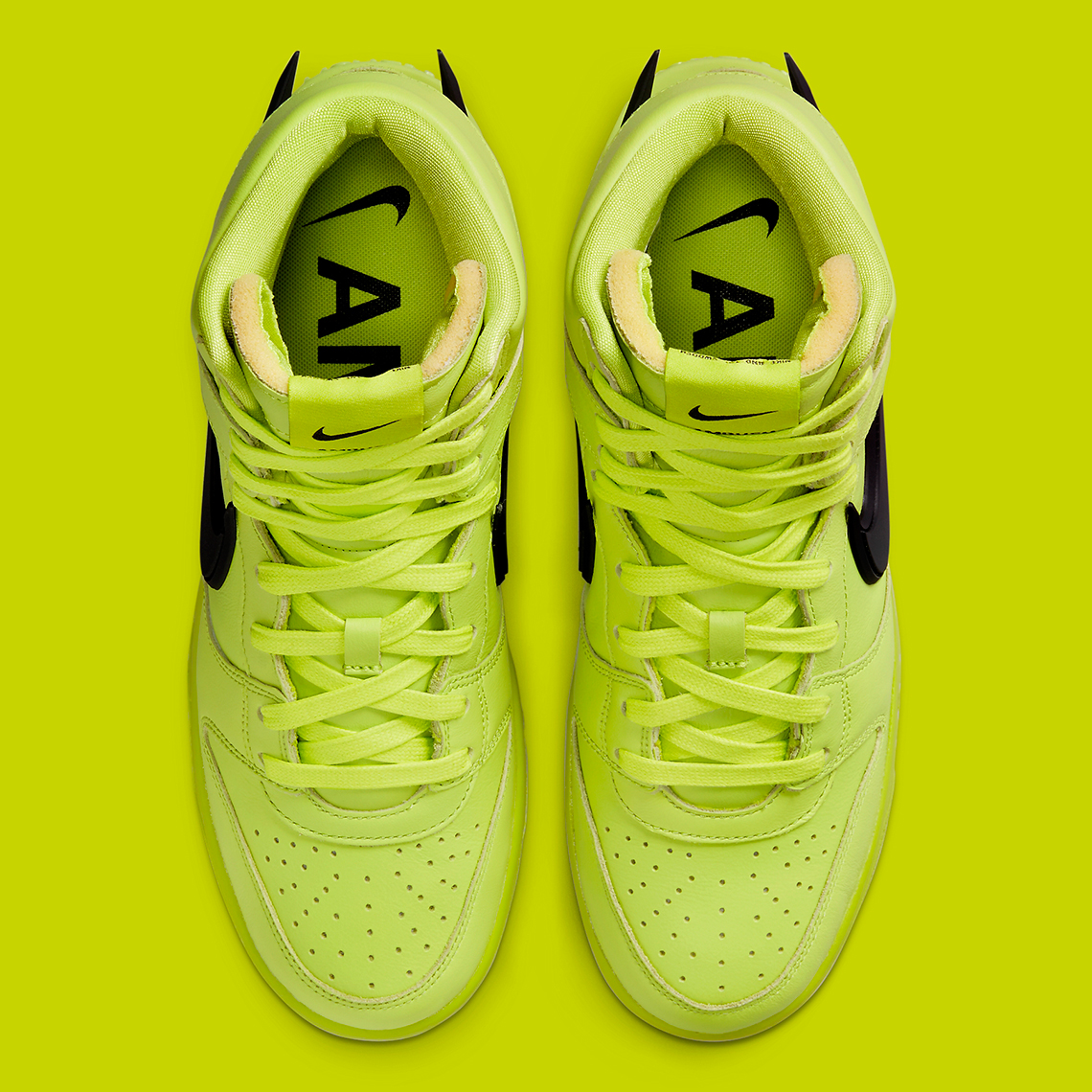 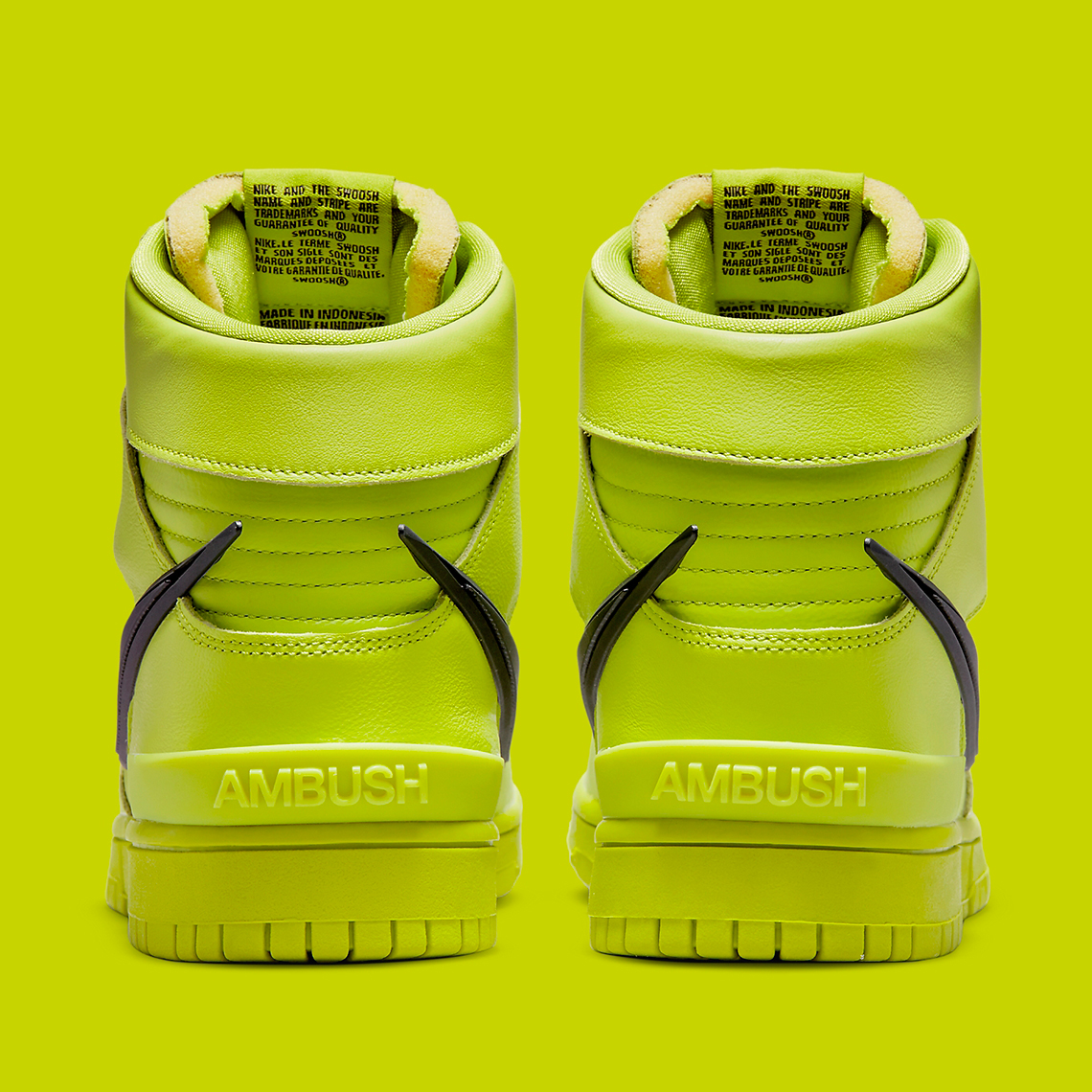 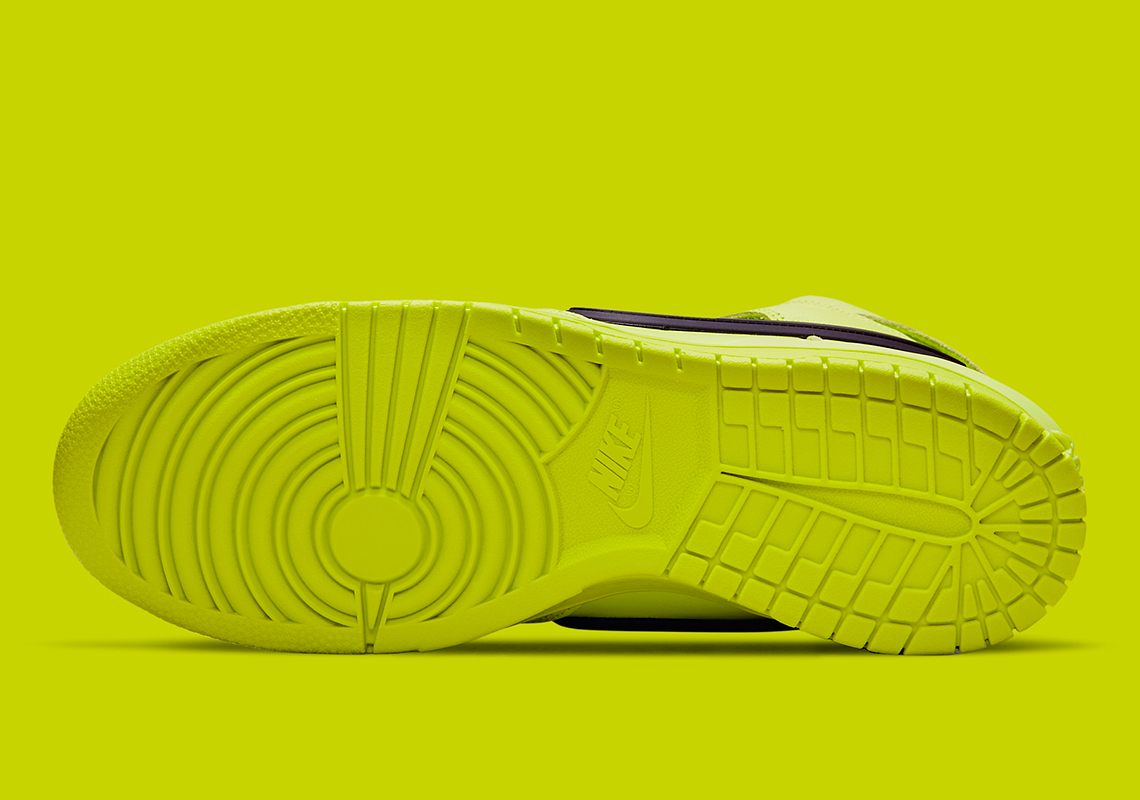 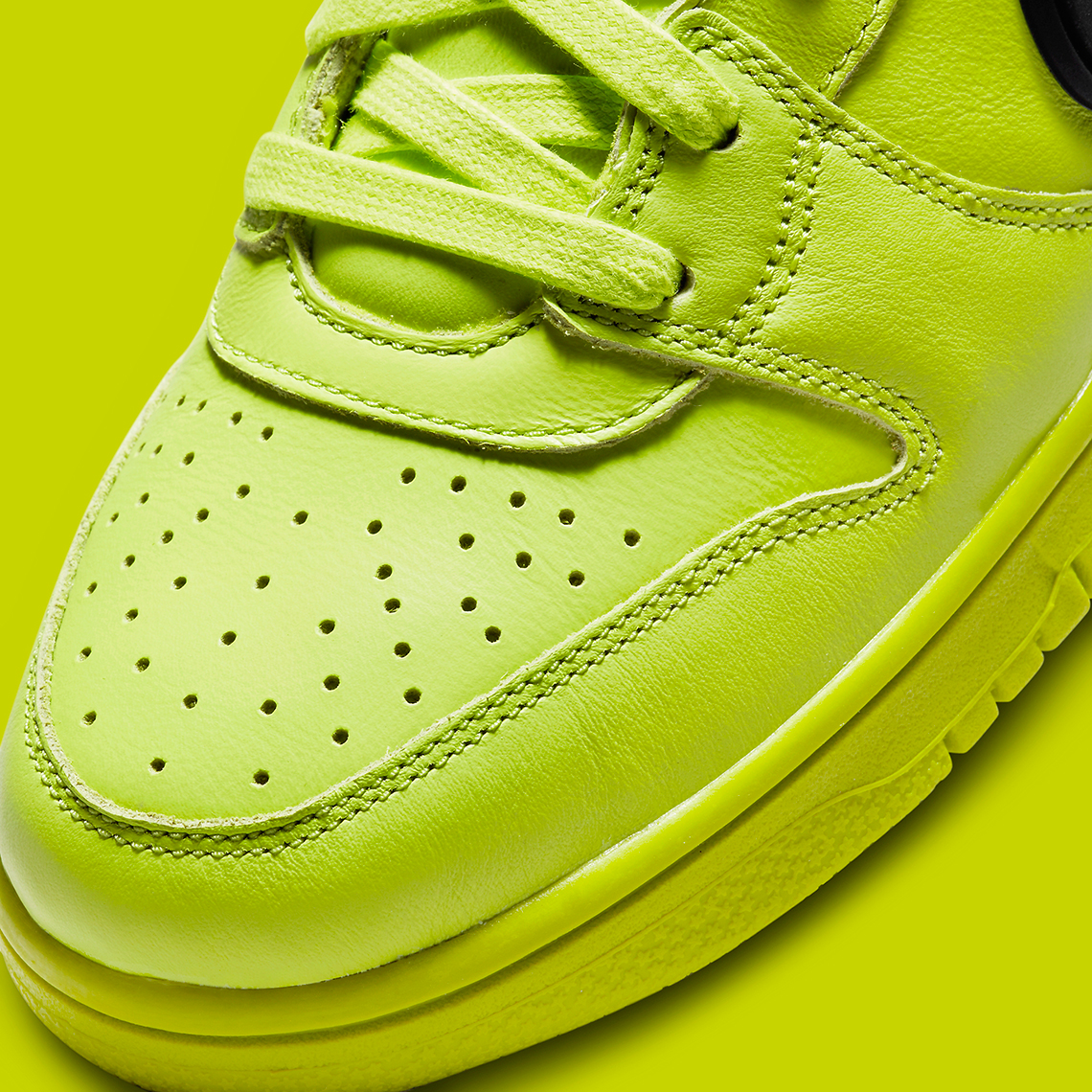 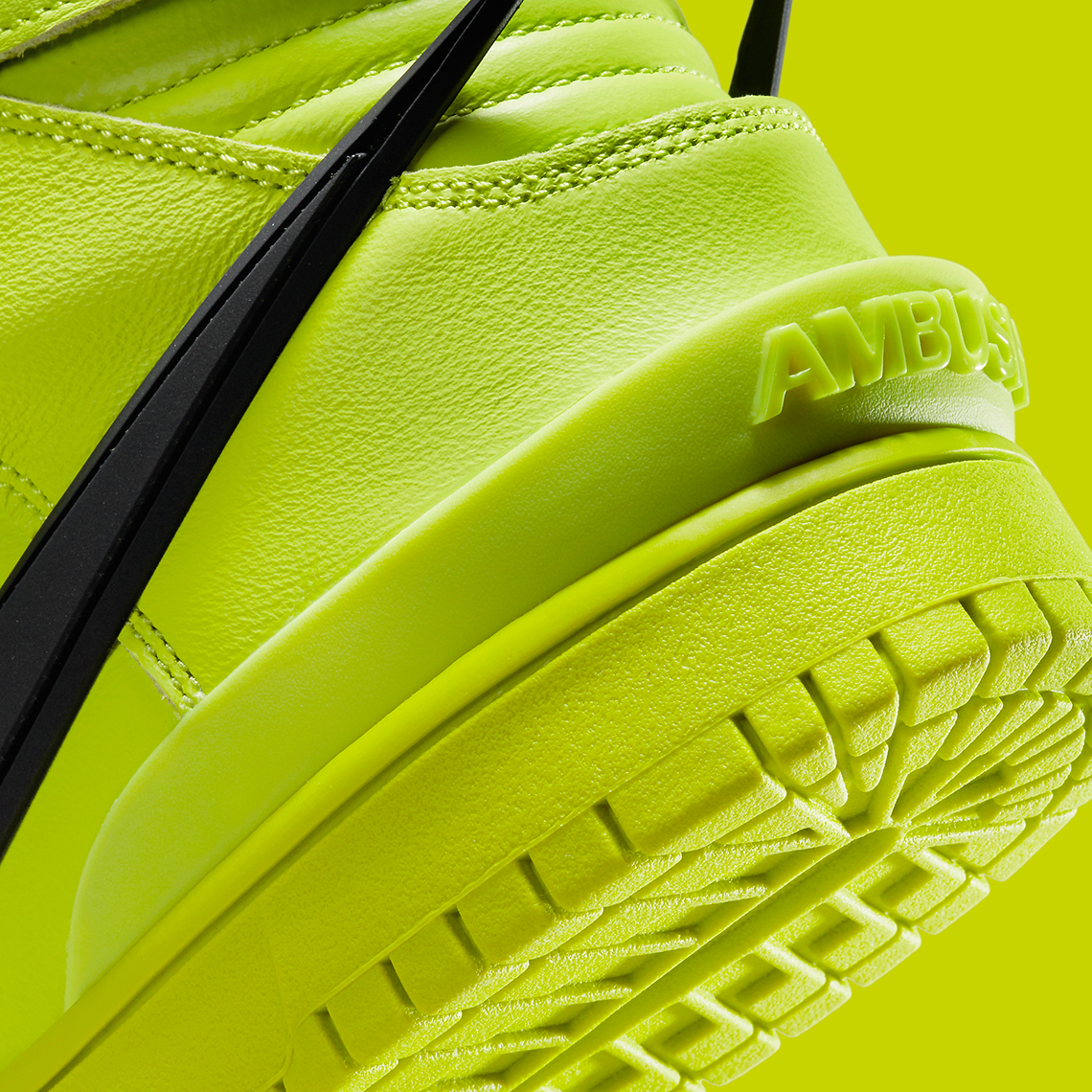 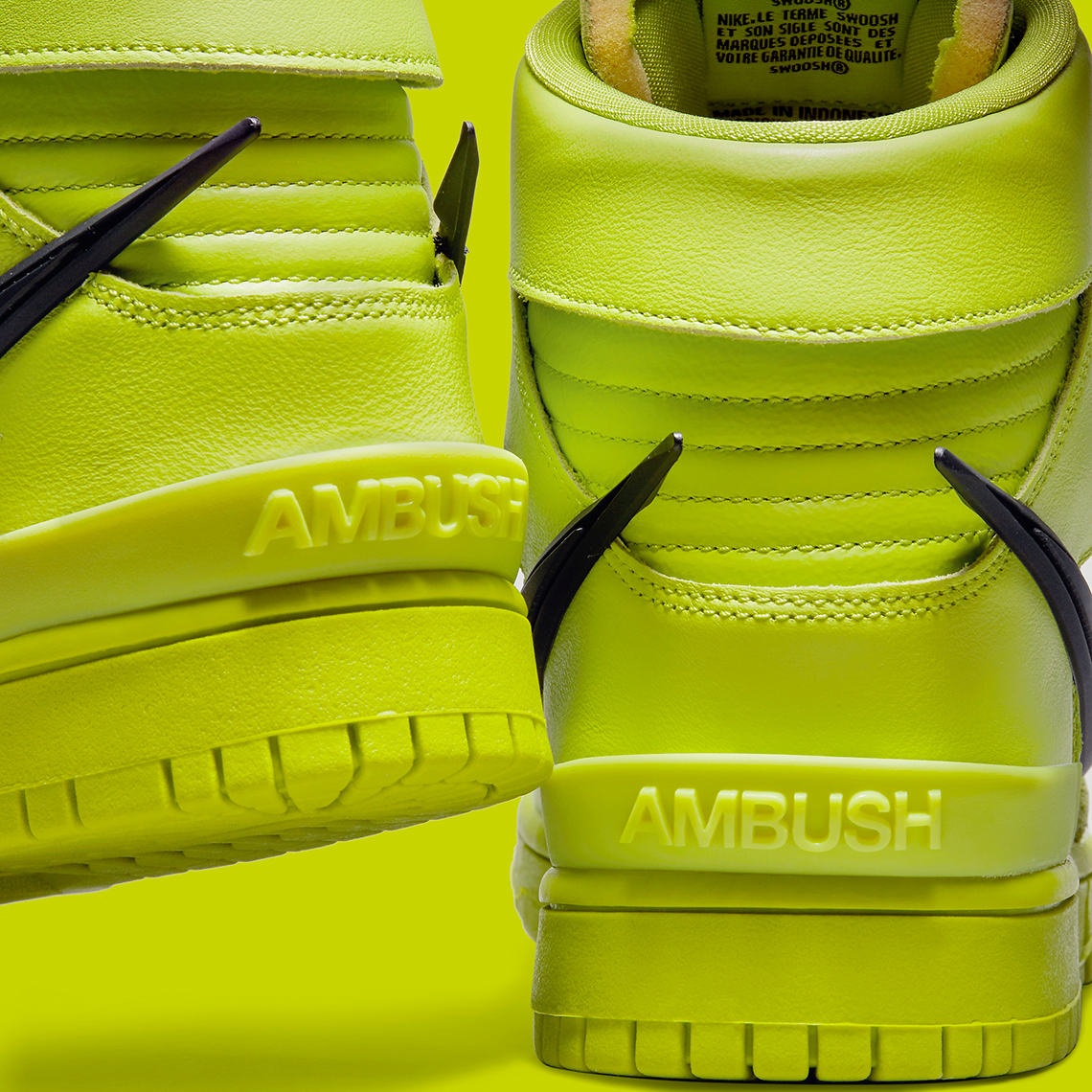 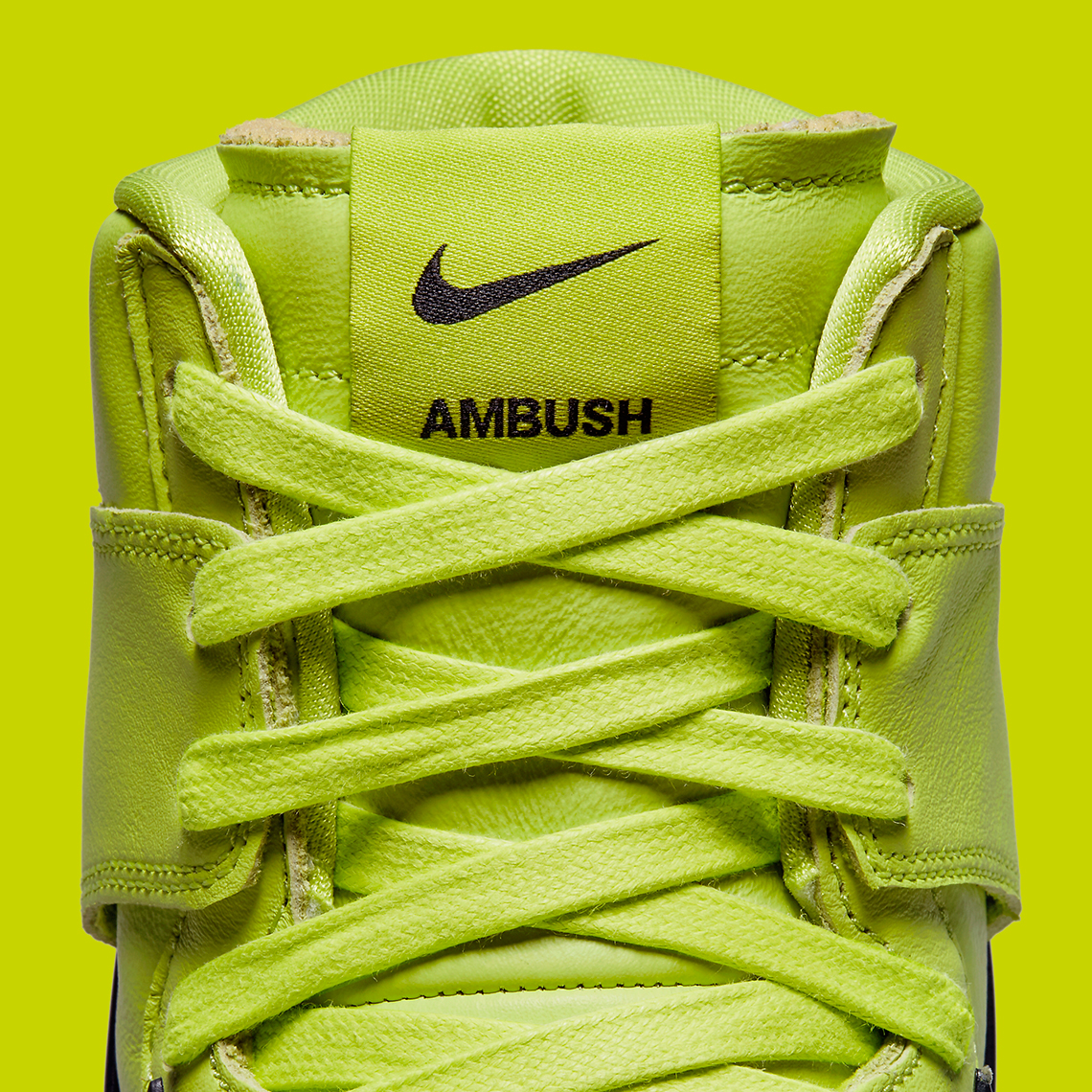 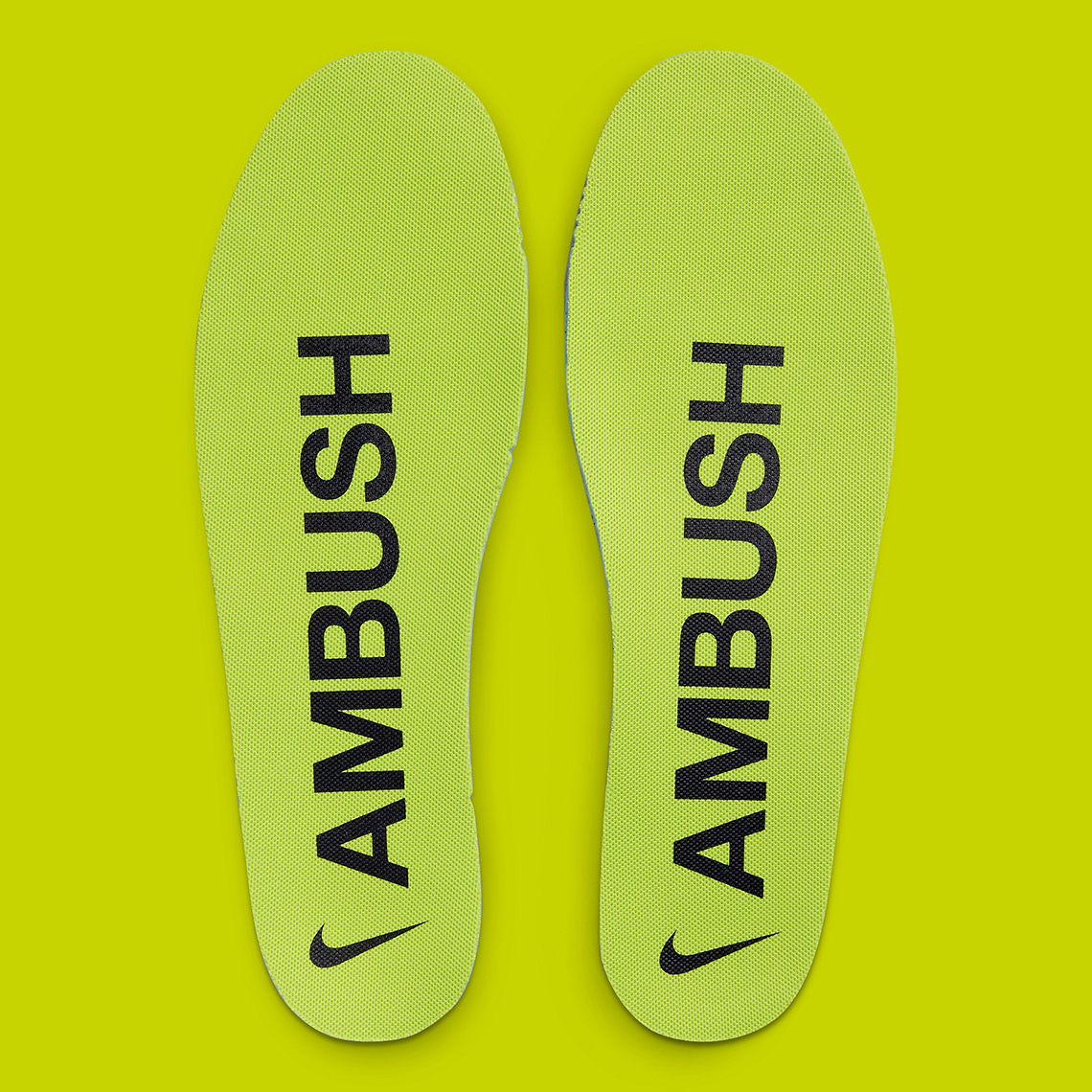 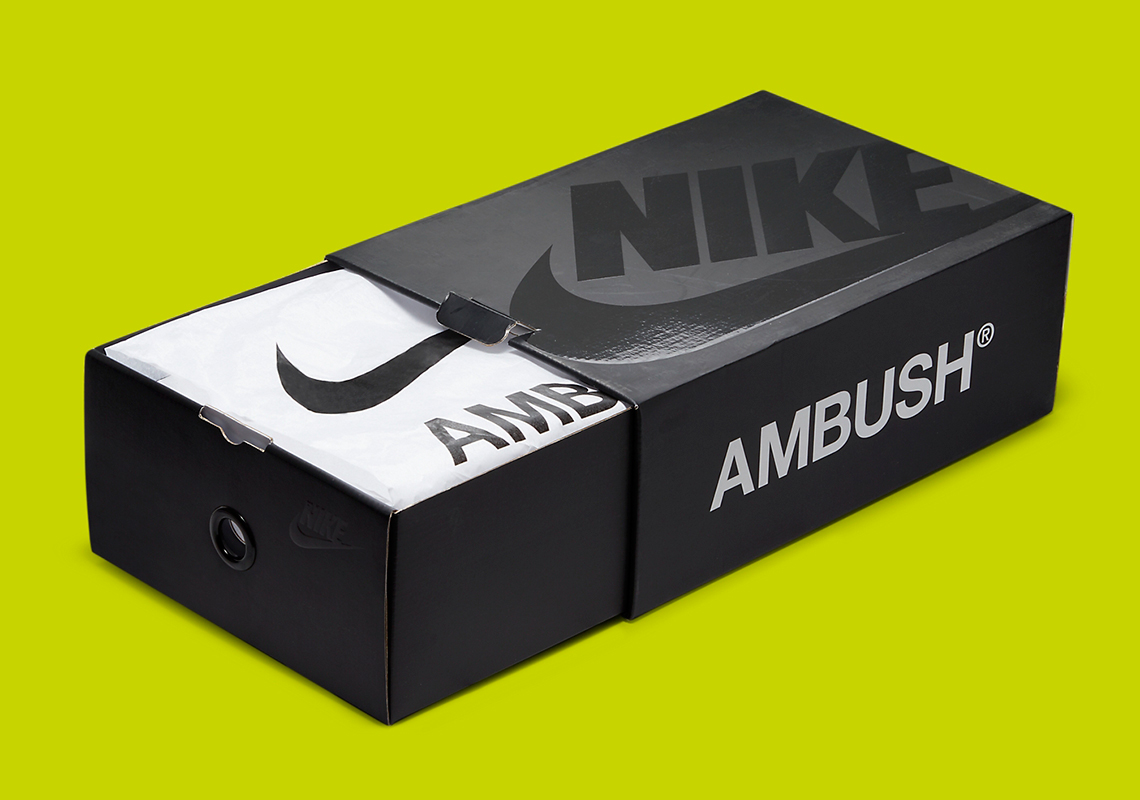