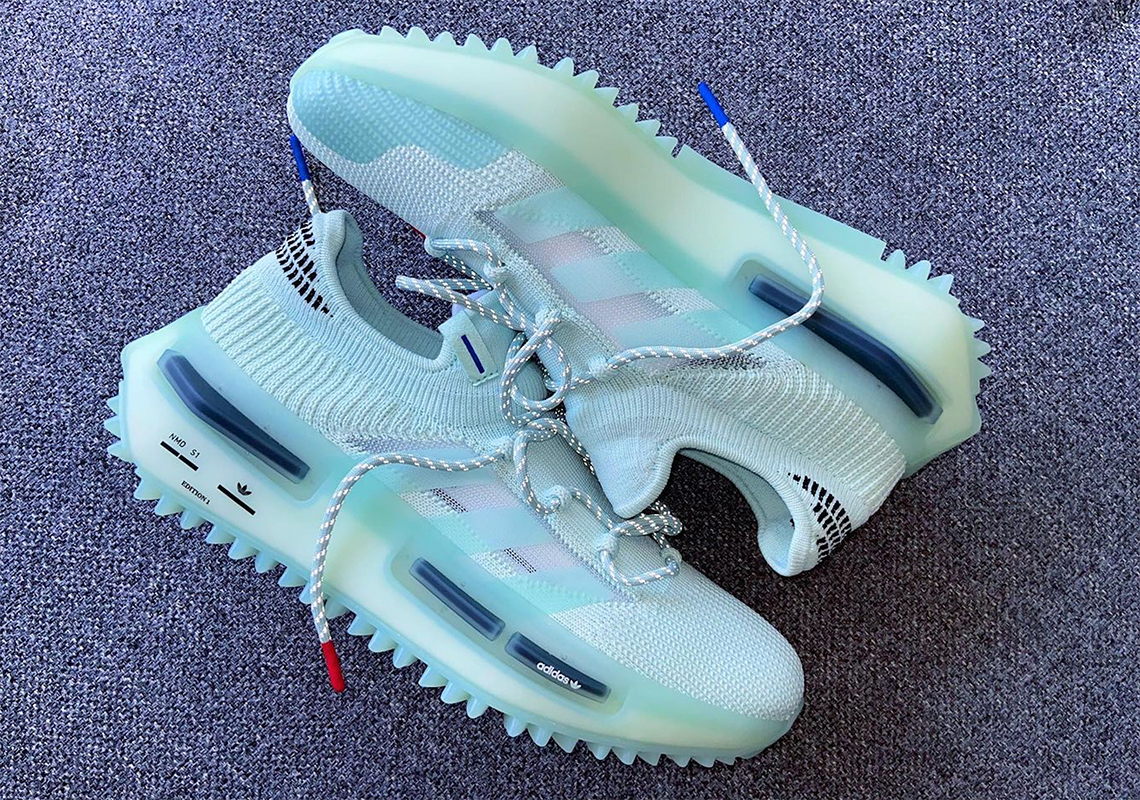 First teased in early June, the adidas NMD S1 has recently surfaced via a handful of friends and family members of the Three Stripes in an exclusive, limited-to-100-pairs colorway.

The most refreshing update to the “NOMAD” series since its debut in 2016, the new model resembles the original BOOST-cushioned sneaker enough to not confuse casual sneaker enthusiasts. Yet, a handful of its design cues depart from the minimalistic and streamlined approach that made the adidas NMD one of the most-coveted options on the market in the mid-2010s. As with the previously-seen colorway, the “Friends & Family” edition indulges in a knit upper atop a robust, semi-translucent sole unit. A mint green tone takes over most of the shoe, with deviations arriving in the form of accents on the heel, as well as branding and protruding components on the midsole. Images from the likes of YOUTH OF PARIS, Deon Point and Phillip Leyesa (better known as @philllllthy) reveal that the NMD S1 encloses its full-length BOOST cushioning instead of exposing it at the sides. While performance is yet to be put to the test, it’s very likely adidas‘ revolutionary foam will keep its firmness for much longer given the new approach.

Enjoy exclusive looks at the ultra-limited NMD sneaker here below, and anticipate retail versions of the sneaker to hit the adidas CONFIRMED app before 2021 ends.

For more from under the German sportswear brand’s umbrella, check out the black Bad Bunny adidas shoes set to launch on August 14th.