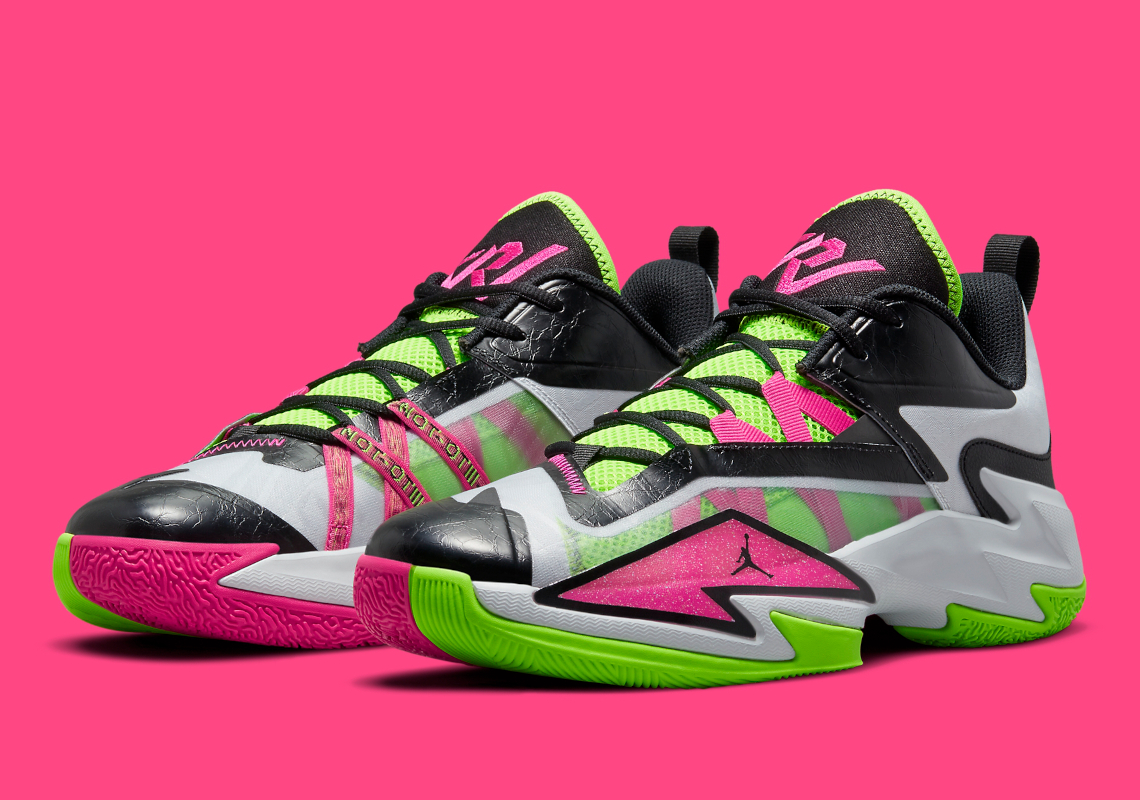 Ahead of Russell Westbrook‘s on-court debut with the Los Angeles Lakers, the California-native has revealed official images of his Jordan Westbrook One Take III with the help of his NIKE, Inc. family.

At a glance, the budget-friendlier basketball shoe resembles the last two propositions under the 32-year-old’s signature series. Yet, the sneaker’s materials and layout deliver a new, refreshing makeup that surely promises the same performance benefits as its predecessors. Angular cuts all-throughout the pair nod to Westbrook’s jarring personality, while the inaugural neon green and fluorescent pink color palette matches the guard’s “in-your-face” game and personality. Semi-transparent panels at the profiles reveal canvas support systems that hold the laces in place, as well as the Westbrook One Take III‘s mesh base. Synthetic overlays throughout the upper surely proffer a lightweight nature that enables explosiveness.

The cushioning solution underfoot hasn’t been disclosed, but its presented in a makeup laden with sharp edges akin to the Jordan “Why Not?” Zer0.4. Tread, which Westbrook’s game heavily relies on, features a mix of herringbone at high-impact zones, while a multi-directional pattern appears on the inside of the forefoot and outside of the heel; the outsole is split down the middle.

Enjoy official images of what’s seemingly the OT III’s debut colorway here below, and expect a Nike.com launch before the start of the 2021-22 NBA Season in mid-October.

For more from NIKE, Inc., check out the latest Nike Air Max 97 styles. 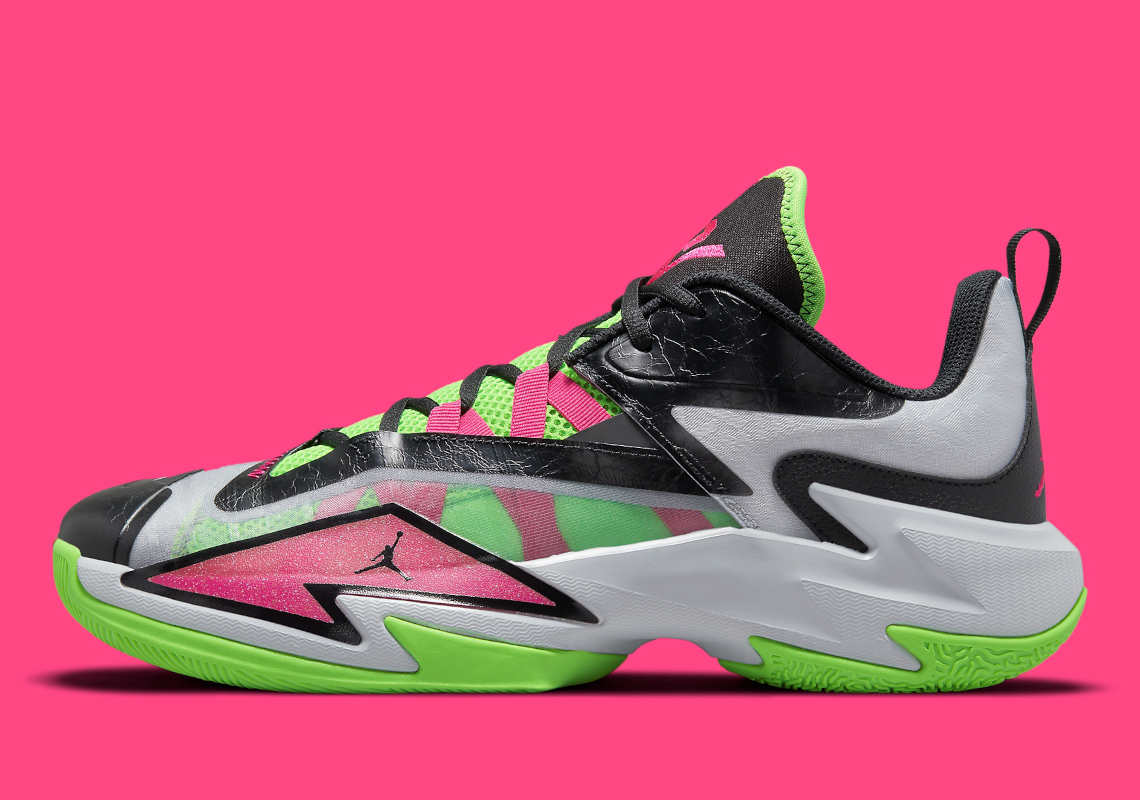 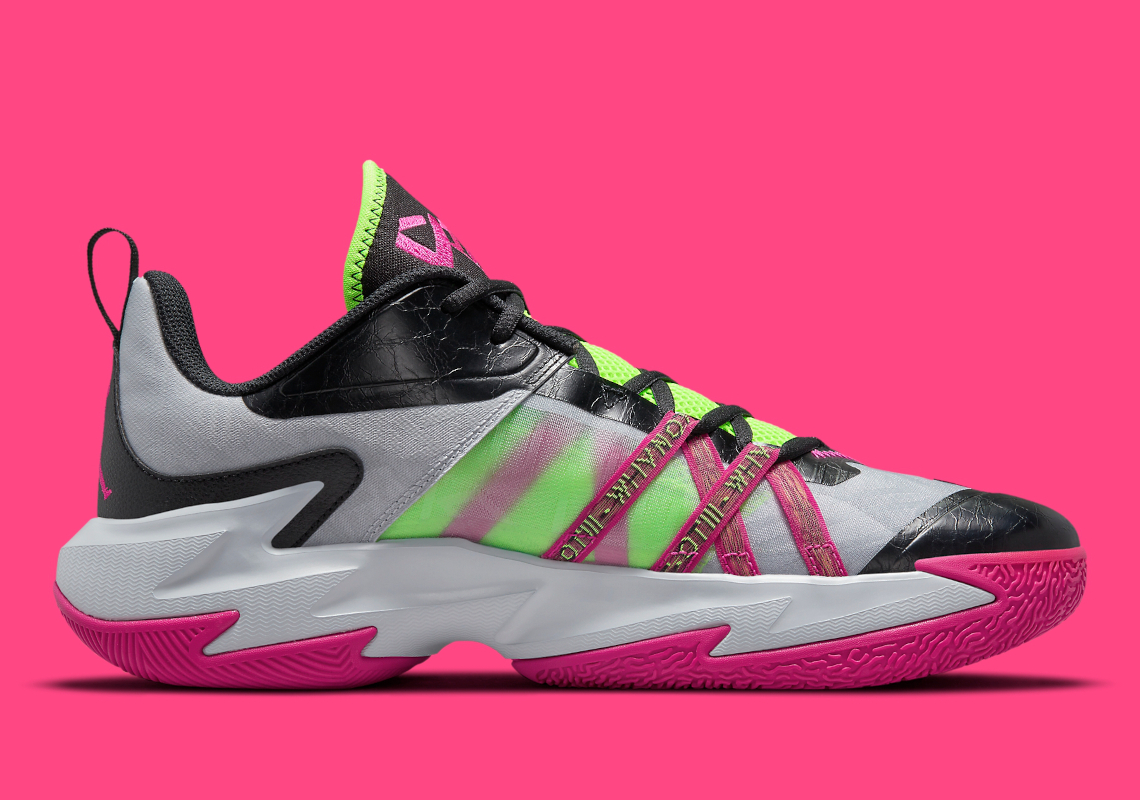 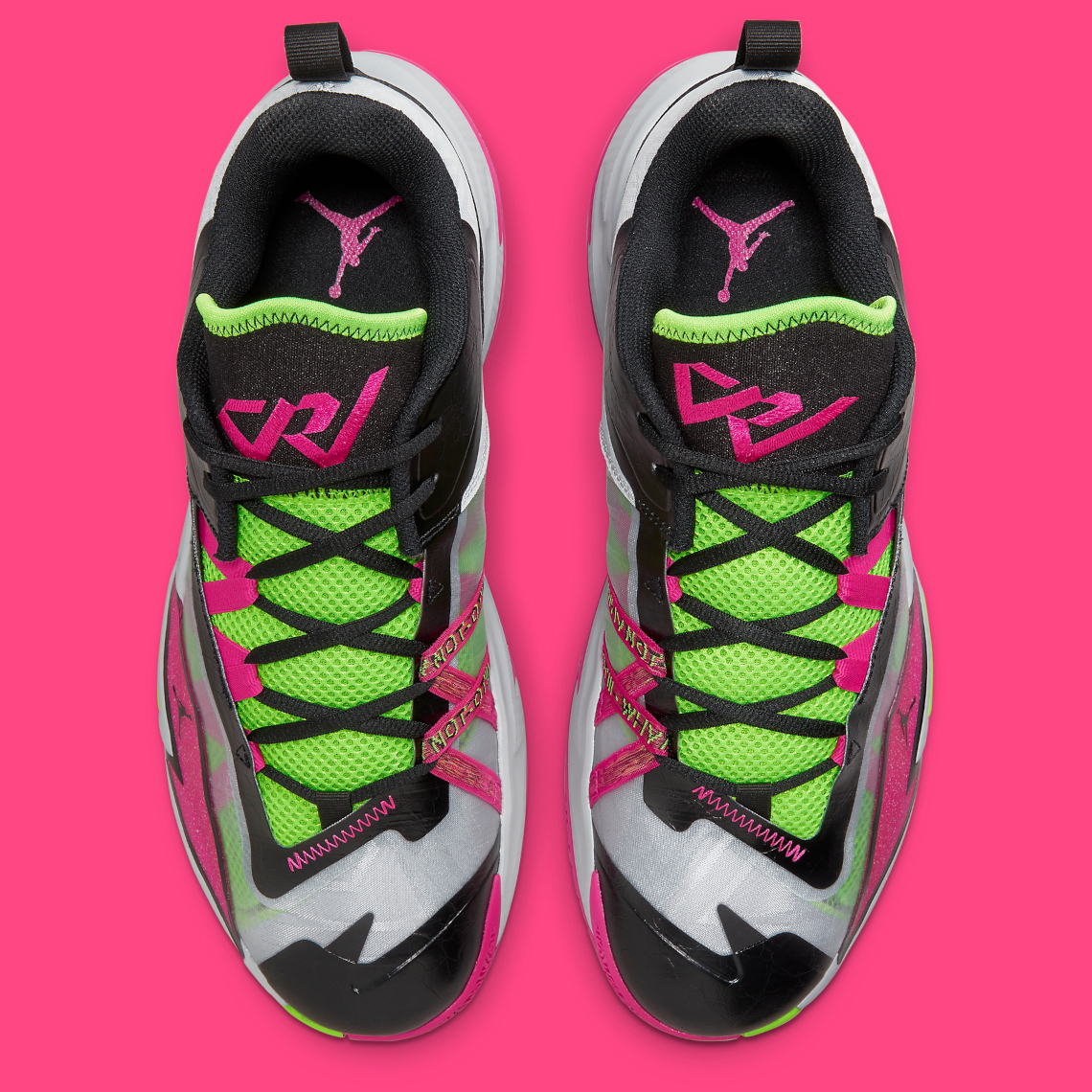 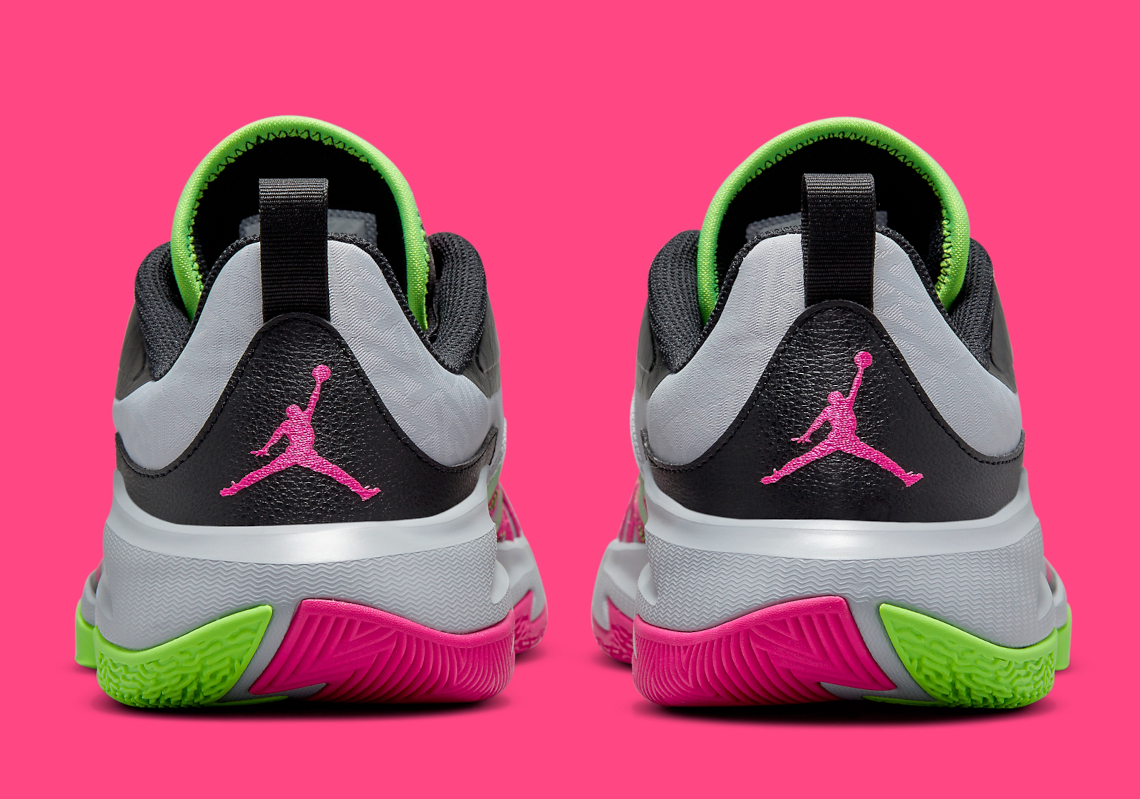 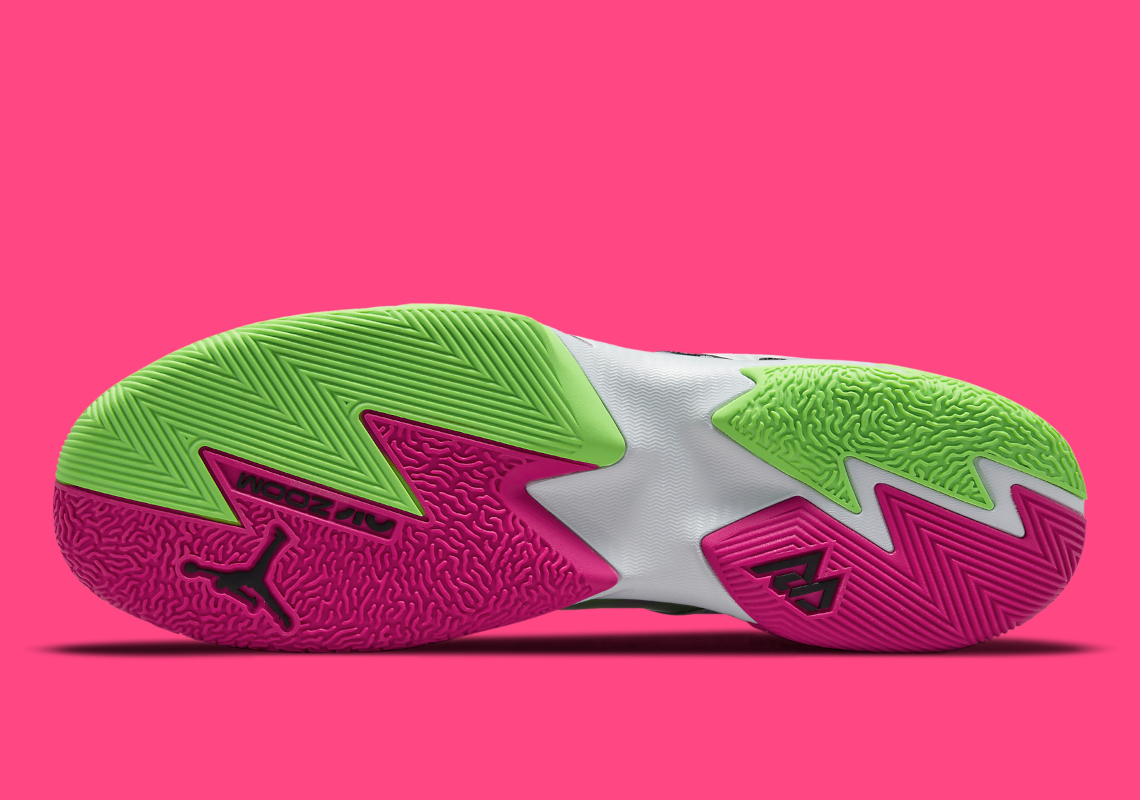 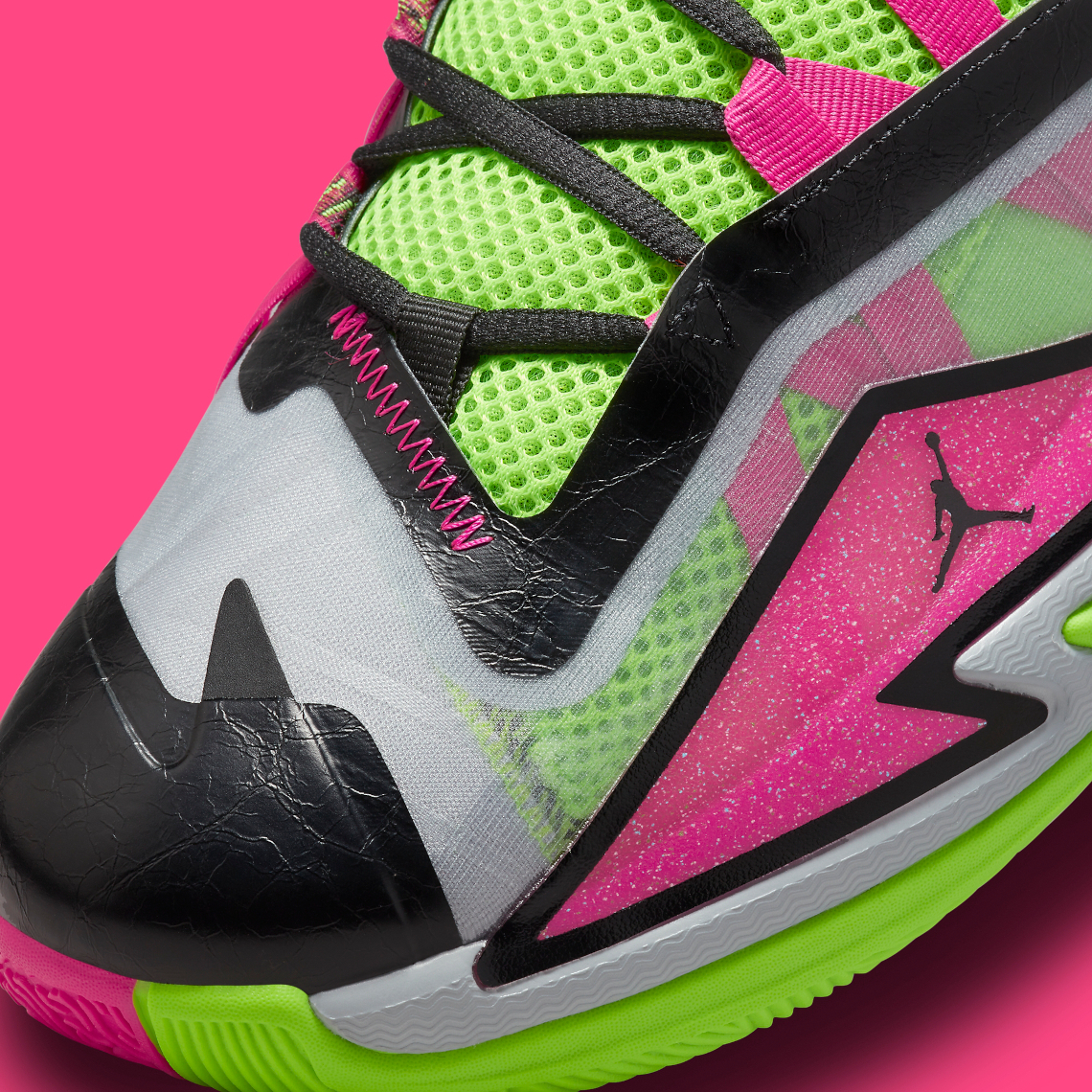 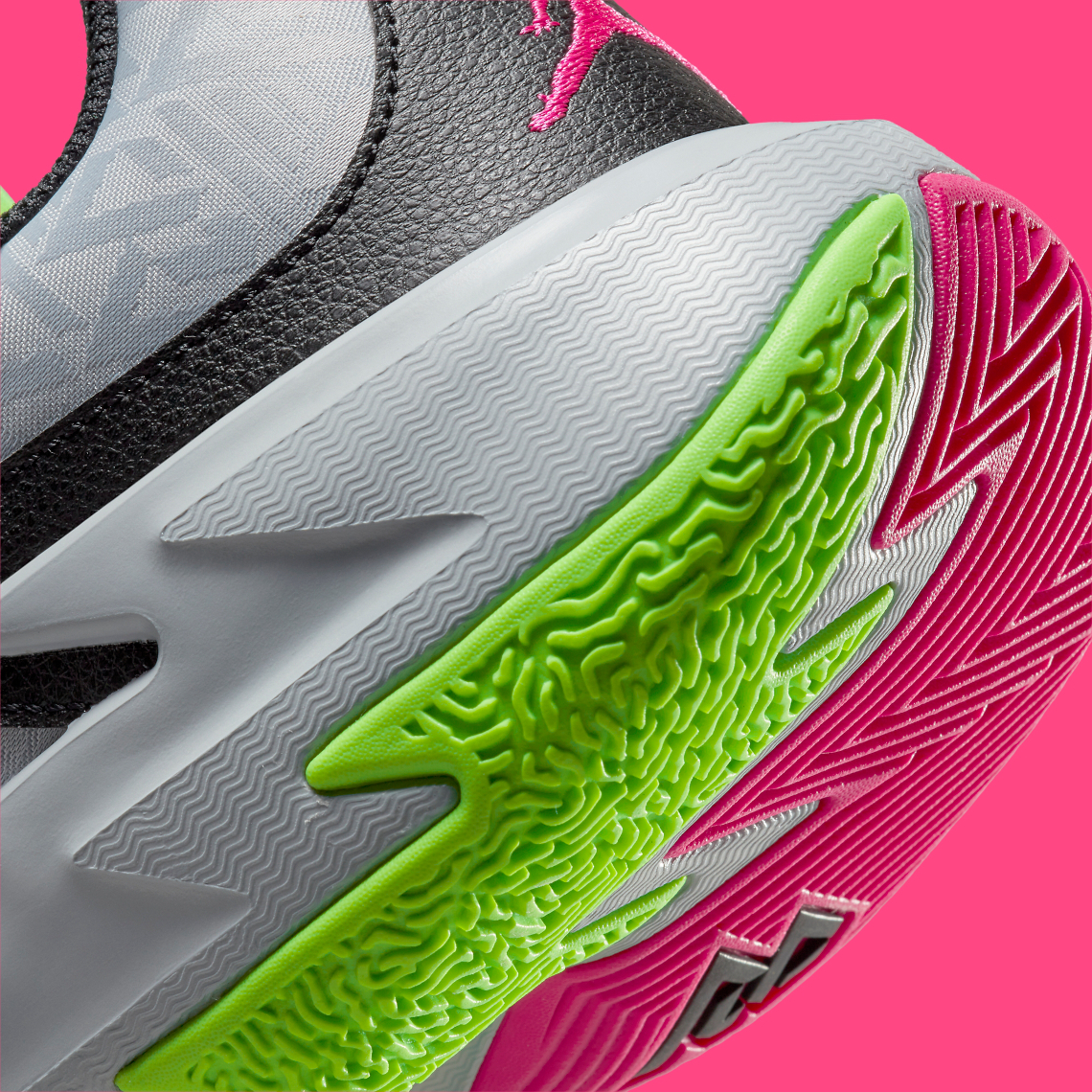