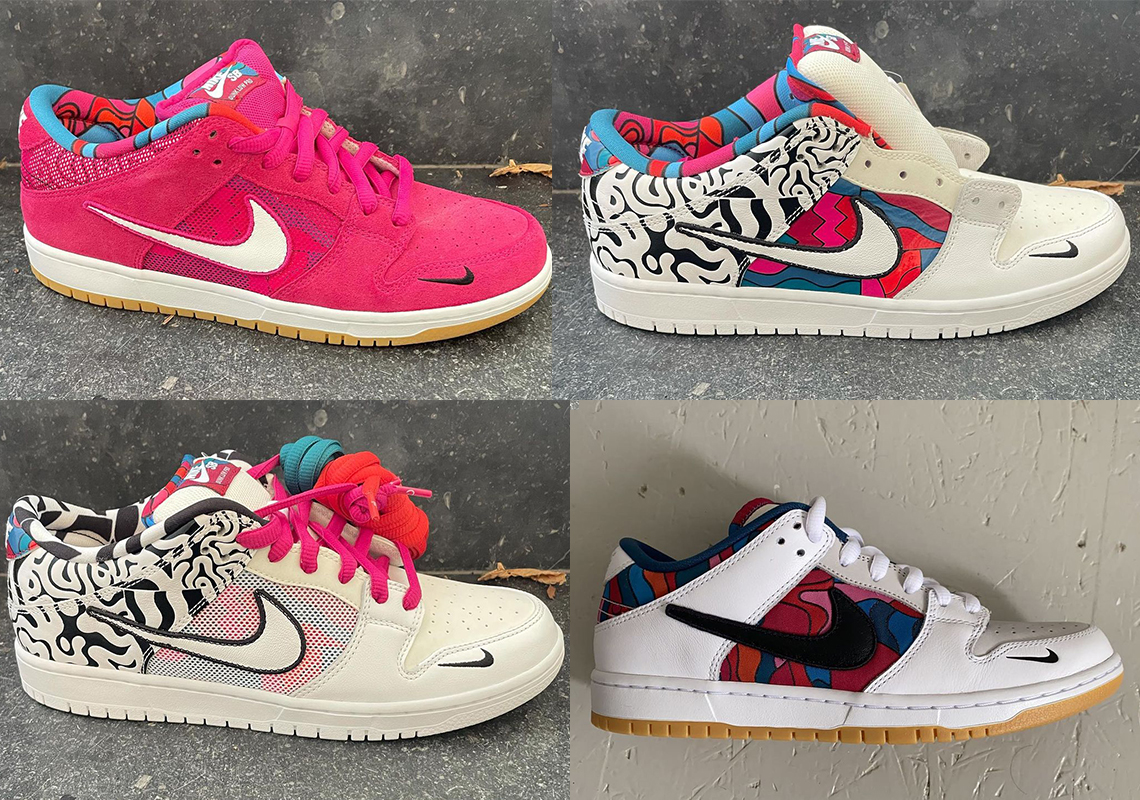 If you’ve tuned into Nike SNKRS, then you’re well aware how Parra approached his recent collaboration with Nike SB. The artist, who used the Dunk Low as his personal canvas, drew from landscape abstraction and his own colorful imagination, which sensibly spawned many an unreleased sample. Today, four of these early concepts were revealed in detail courtesy of @w03i, each of which has yet to fully see the light of day.

When viewed as a whole, it’s clear to see the logic behind every pair as each incorporates similar elements in different ways. At first, it seems Parra opted for a rather simple, all-pink look, its geometric pattern relegated primarily to the background. Then, he begins to get more playful though at the same time less colorful, adding a black and white print and similarly neutral overlays to the exterior. Next, near all of these elements come together, inching closer and closer to what would eventually become the final product.

For a closer look at each sample, see below. 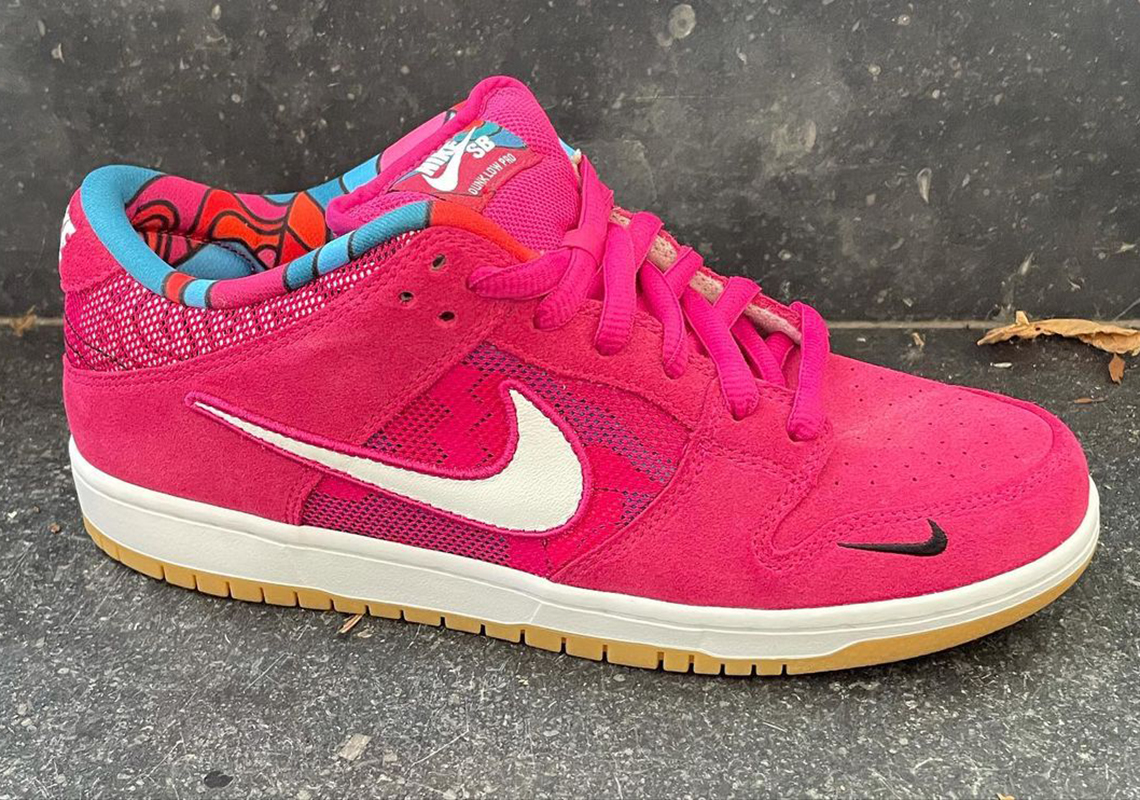 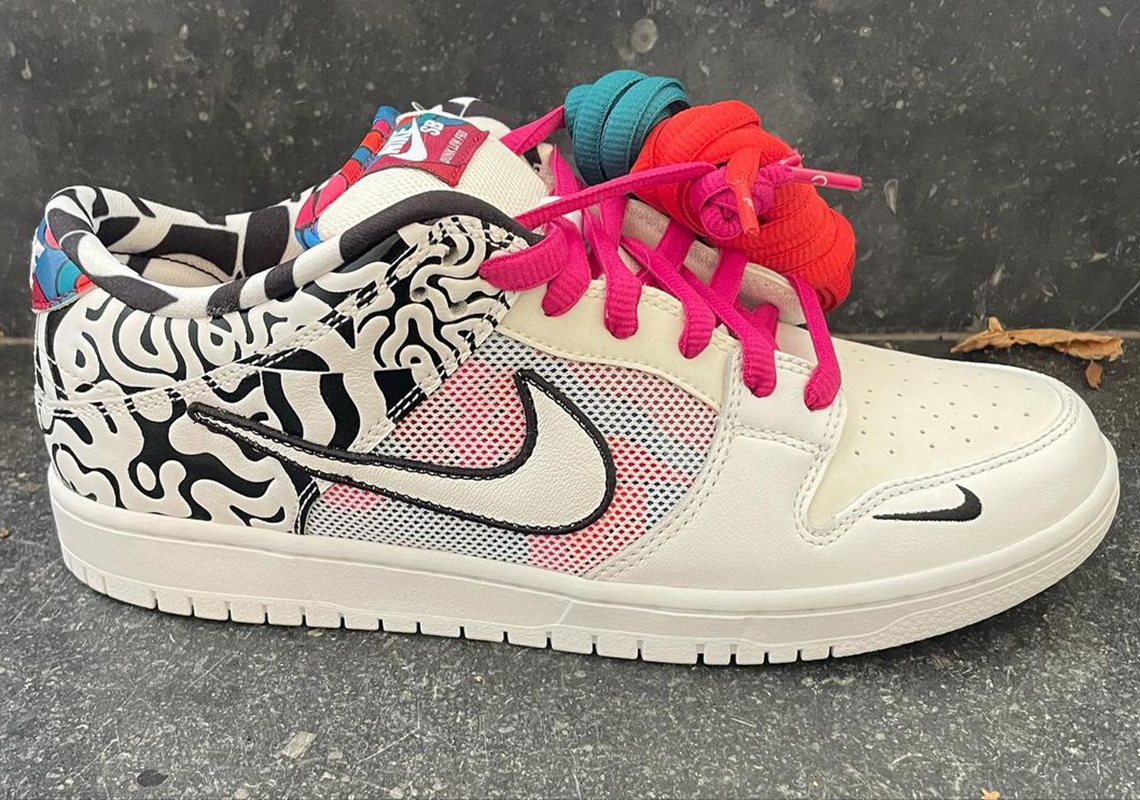 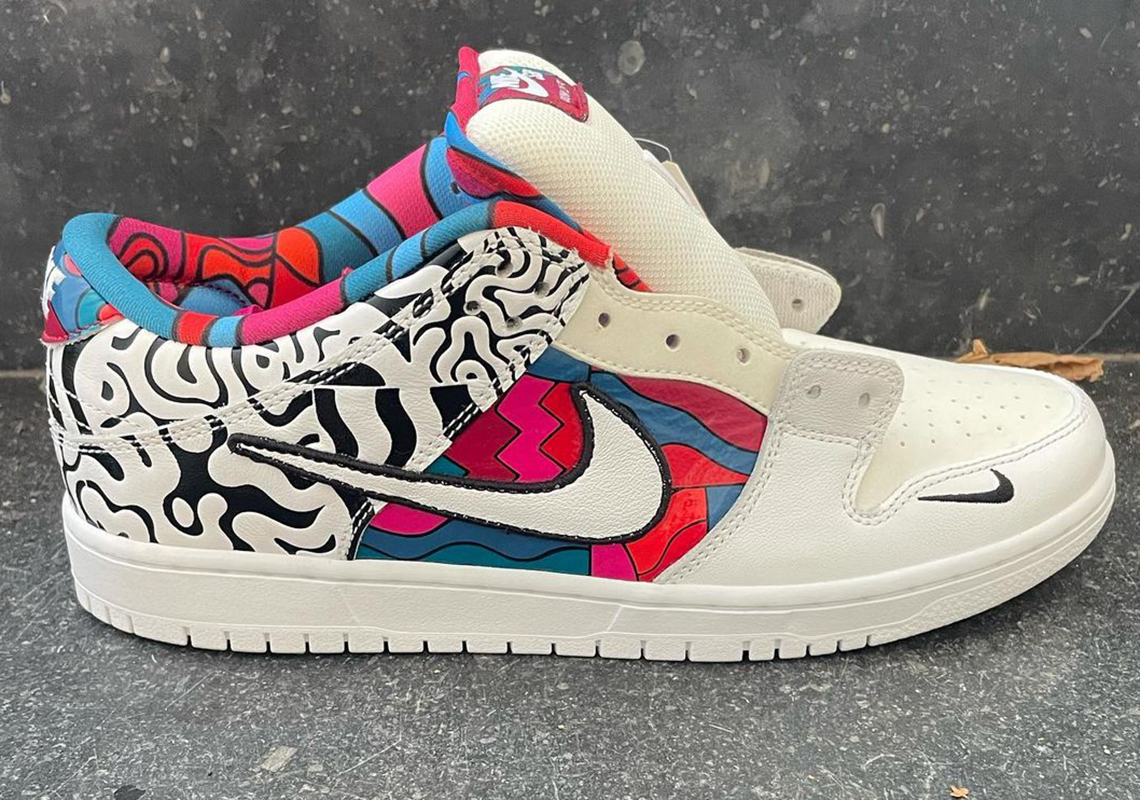 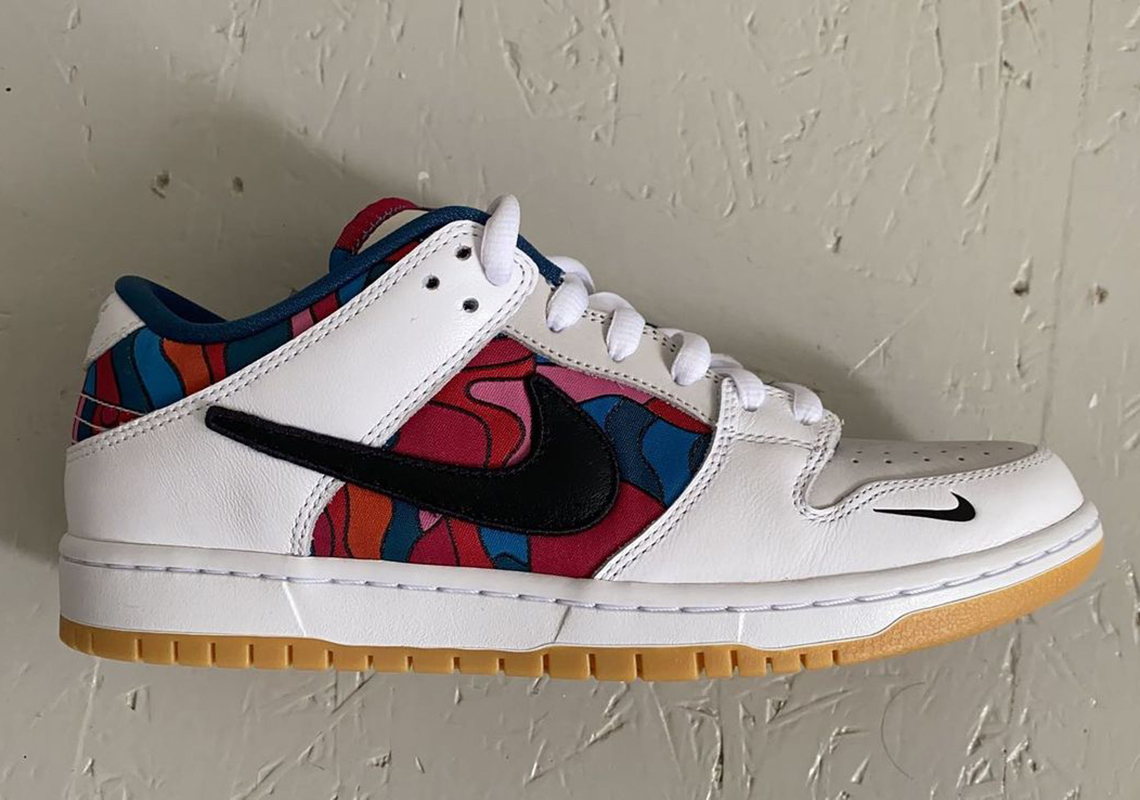