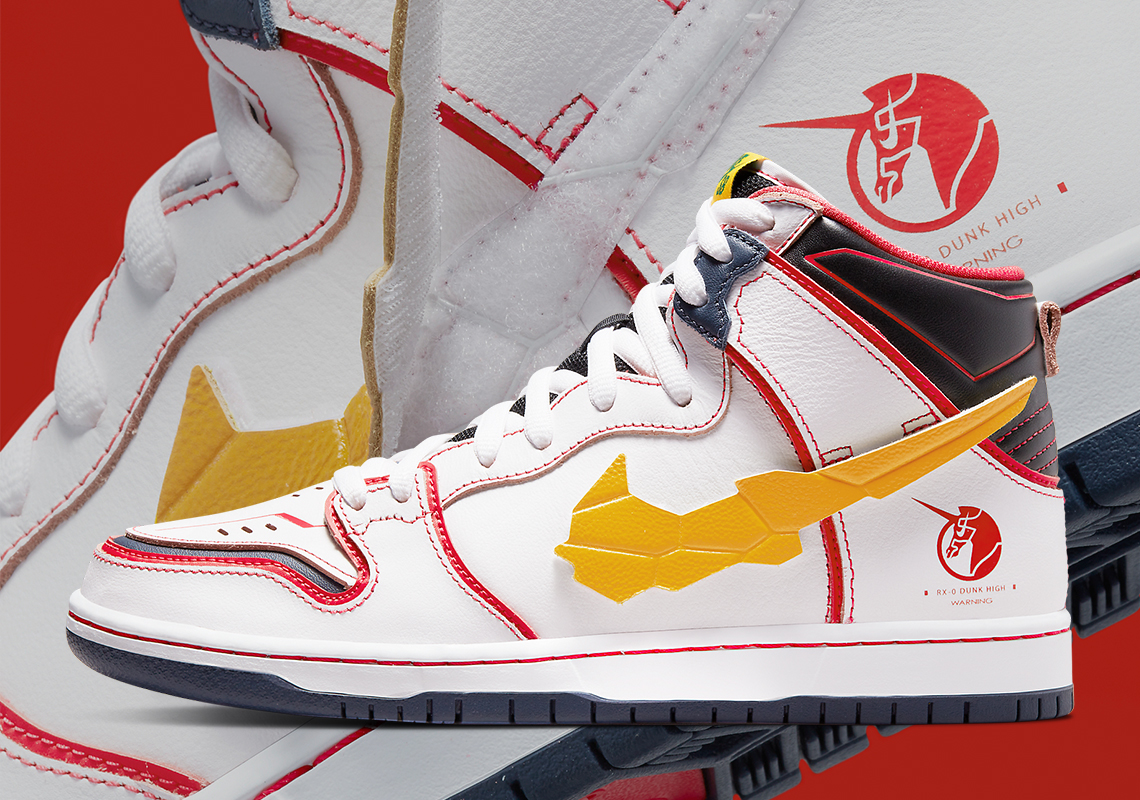 Few franchises have captured as many hearts as Gundam. Known throughout the world, the property — either through kits, anime, or books — has had a lasting impact on culture as a whole, influencing many a subsequent film, video game, and series. And soon, as part of their recent celebration of Japan as a whole, Nike SB is will join the list, offering up a very special RX-O Unicorn inspired Dunk High.

One part of a two-piece set, this “White/Amarillo” colorway mirrors the aforementioned with evident respect. The white leather base and bright red decals are designed like the mech itself, inching ever-closer with its custom toe box, collar, and heel counter. What’s more, if the homage wasn’t clear as is, the “RX-0” stamp marks the heel adjacent to the much larger Unicorn insignia. Additional stickers are included in the box for further tweaking and the V-Fin reminiscent Swoosh is entirely detachable.

For a closer look, check out the official images below. A release is likely to hit Nike SNKRS soon.

In other news, the Air Jordan 5 Blue Bird was just revealed.

The Gundam x Nike SB Dunk High has been pushed back to October 12th. 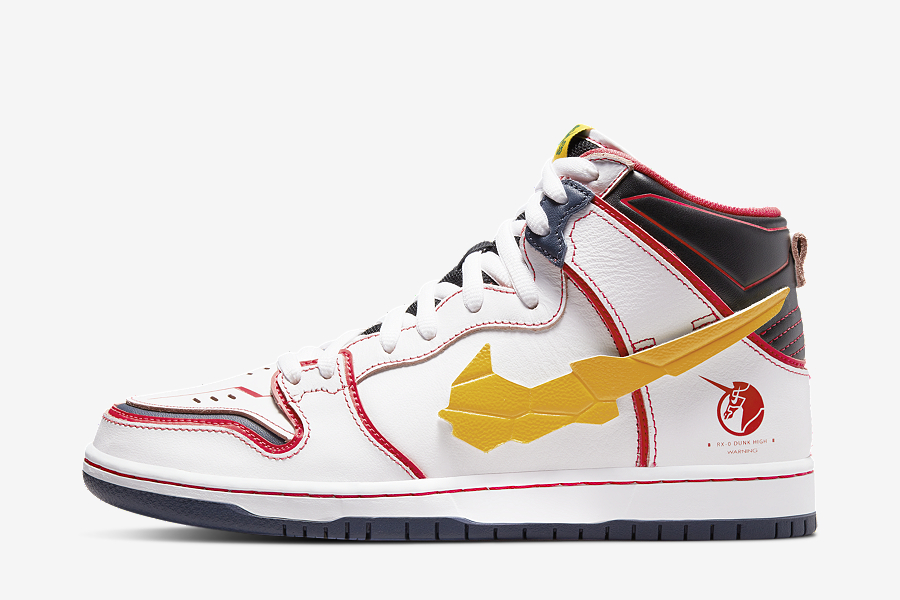 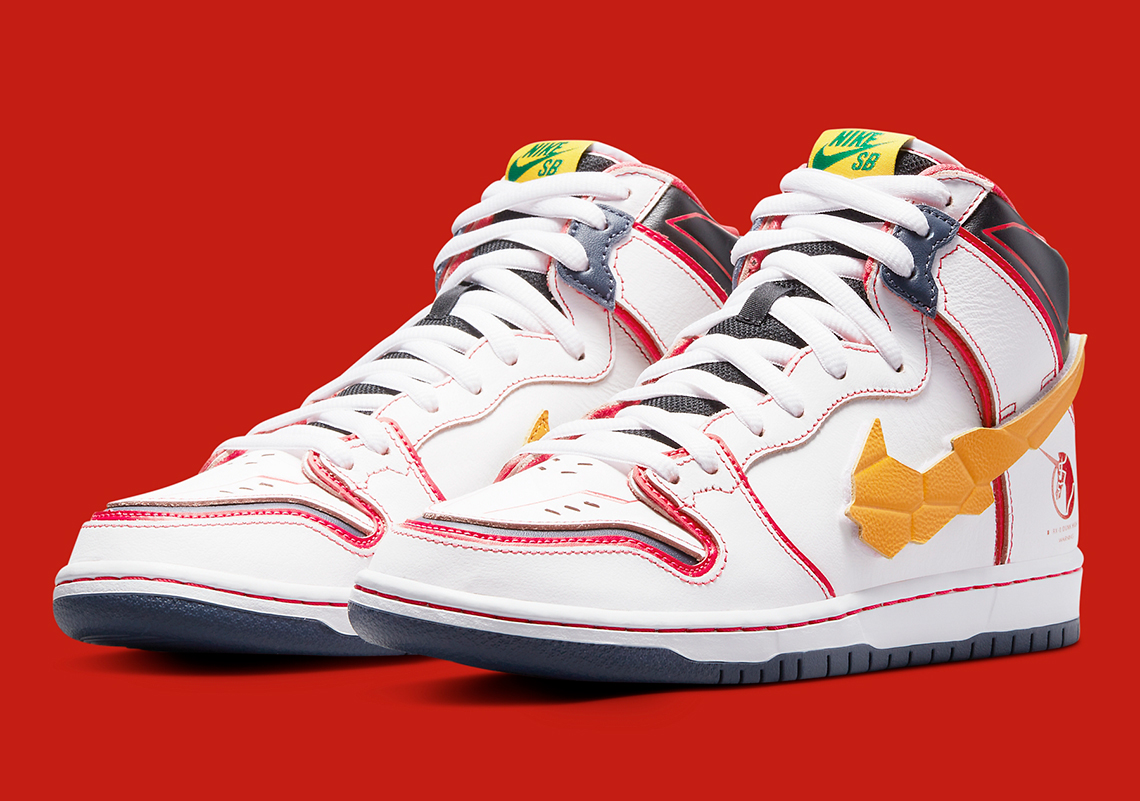 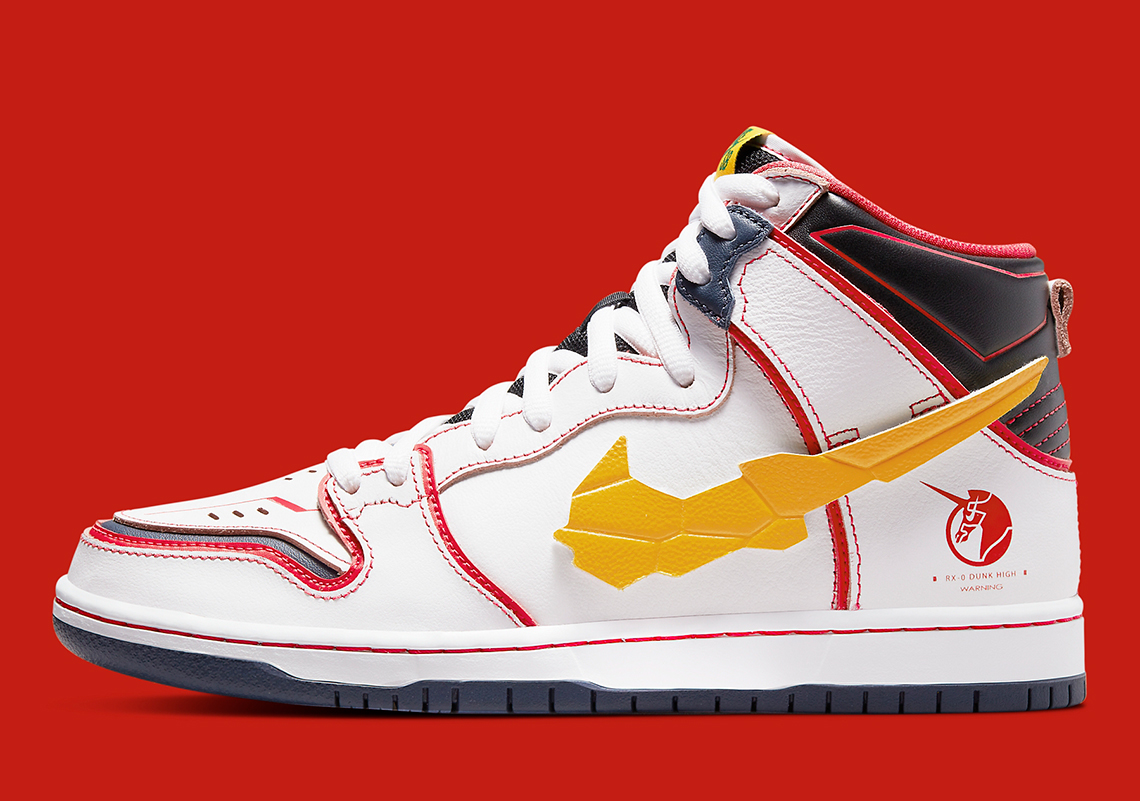 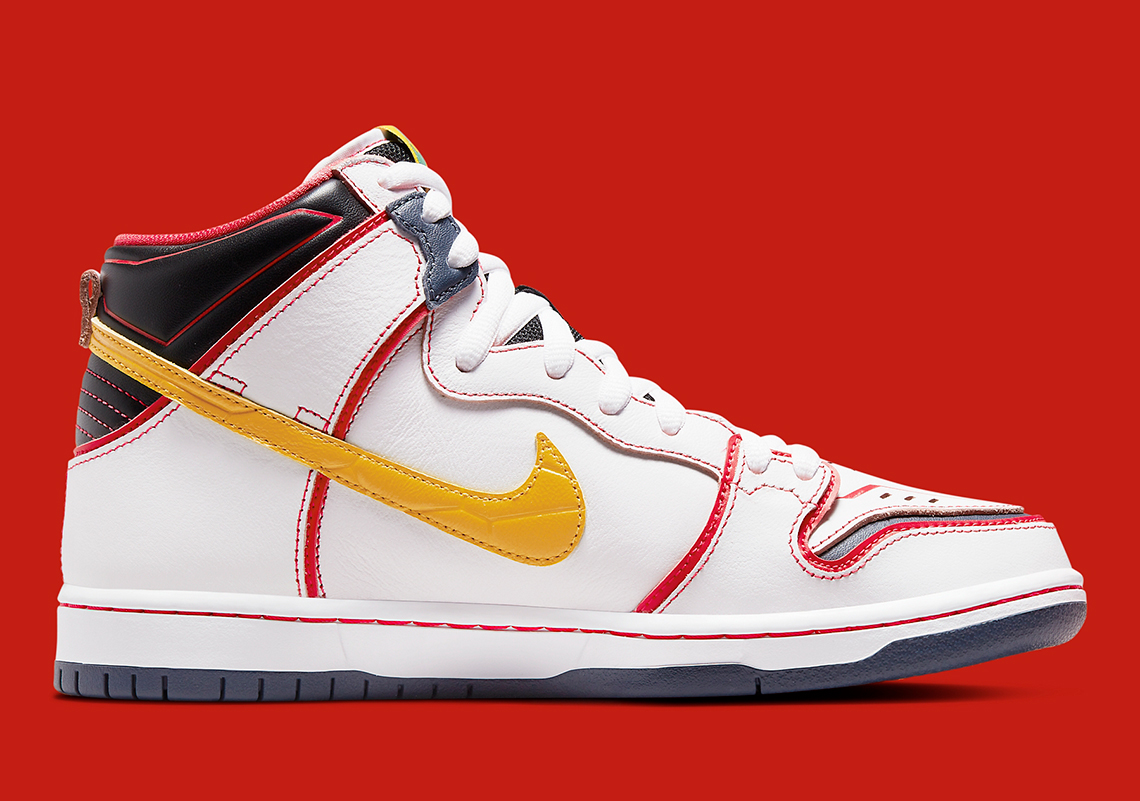 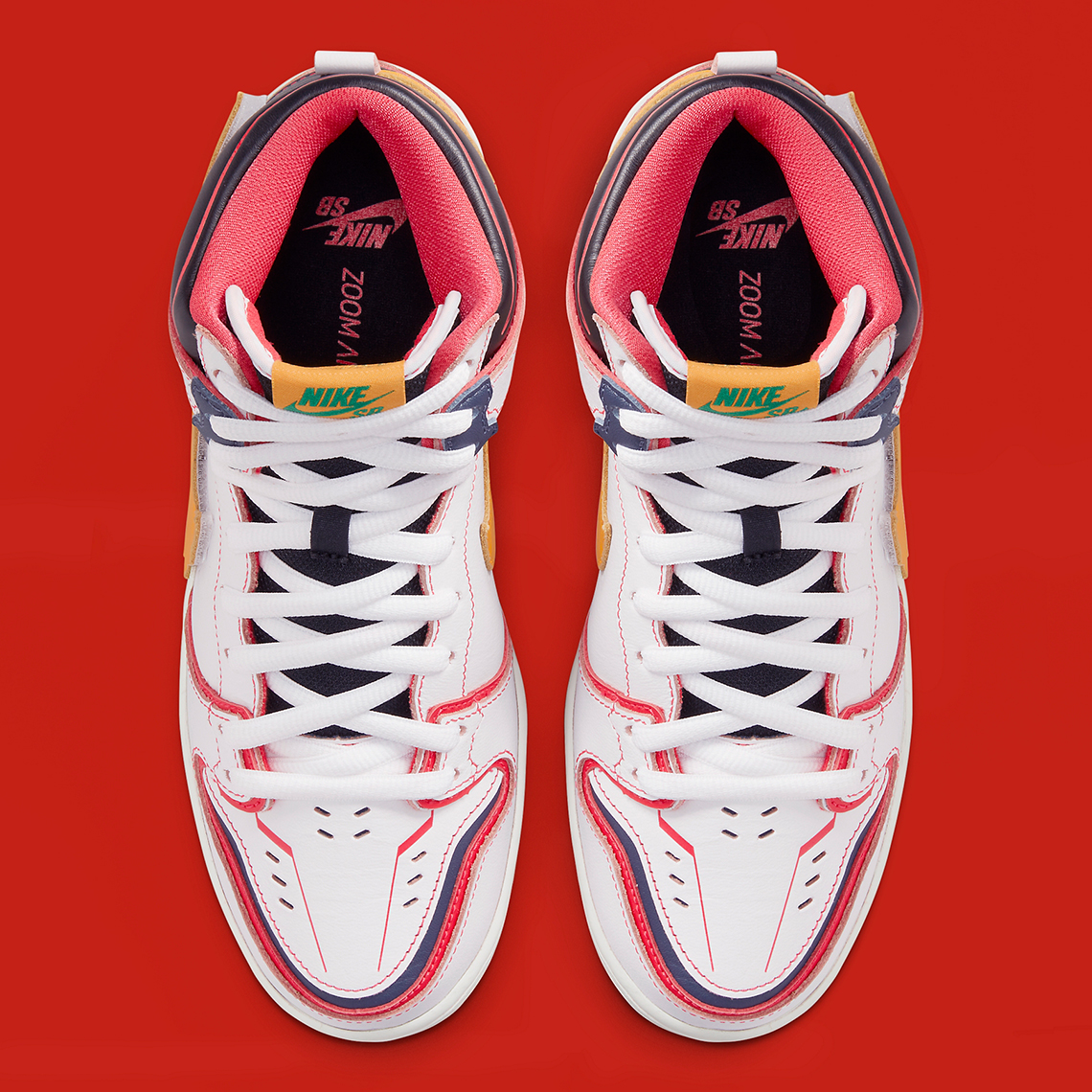 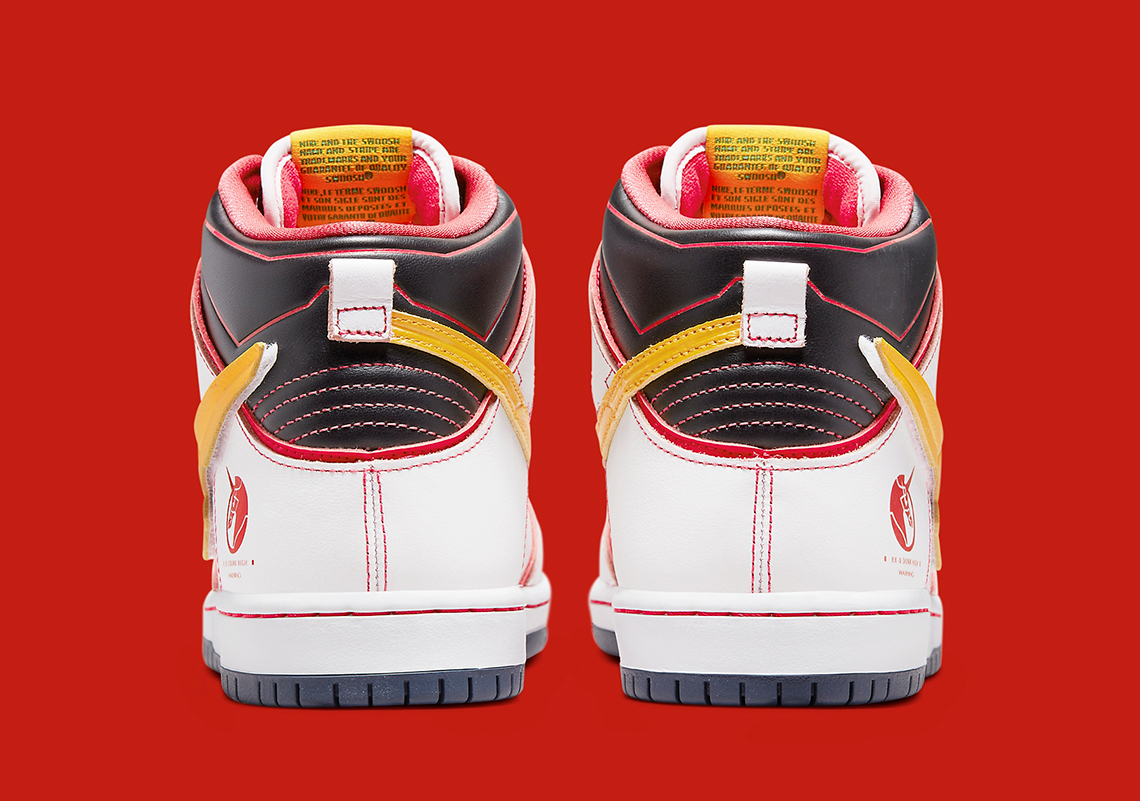 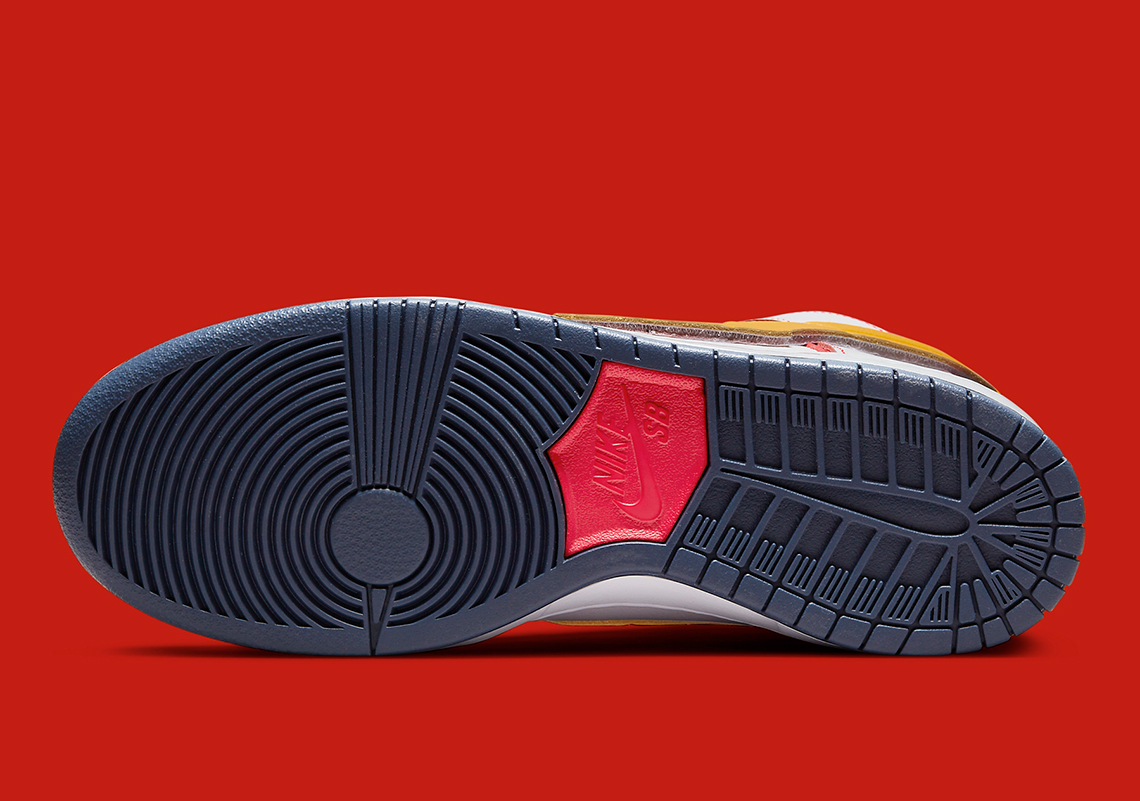 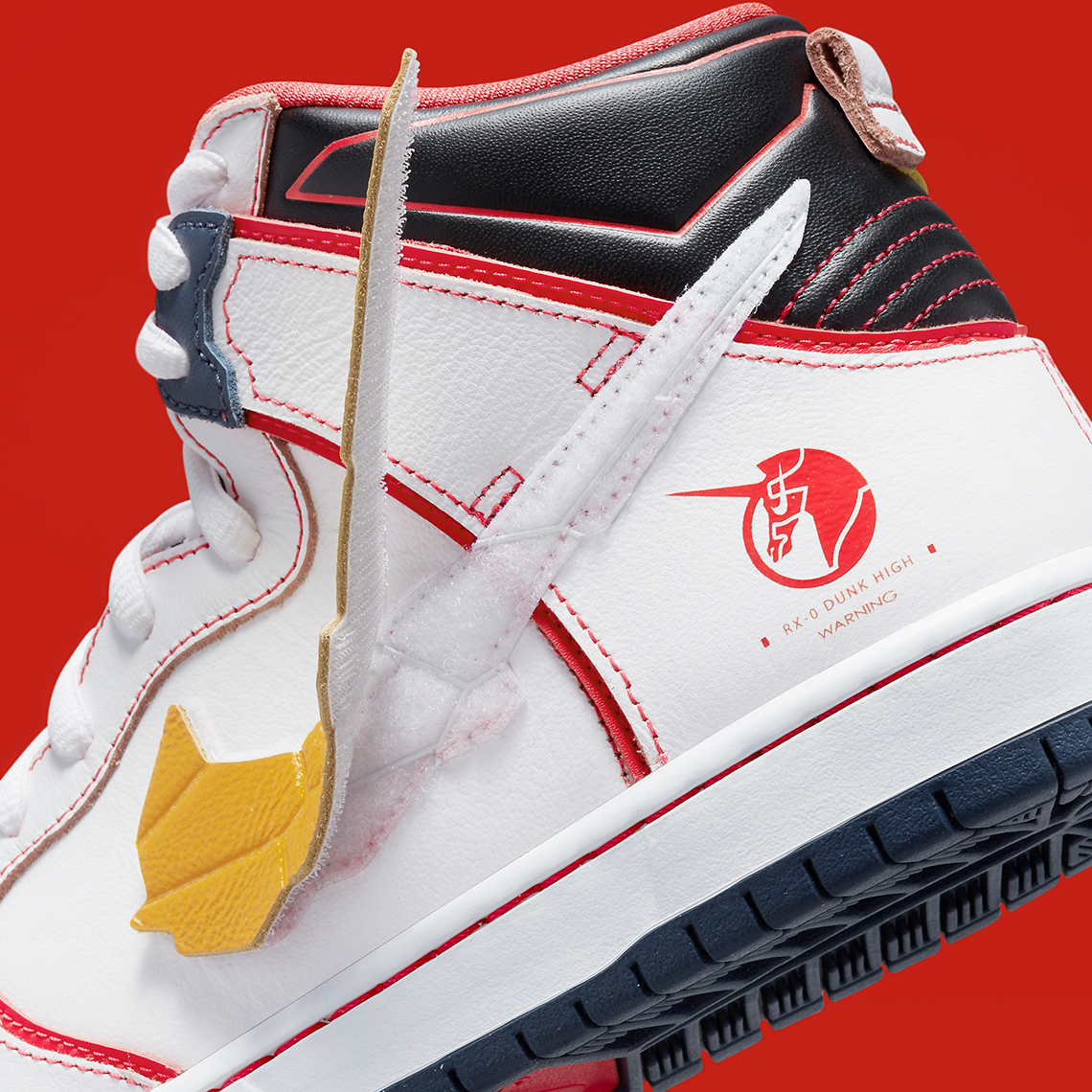 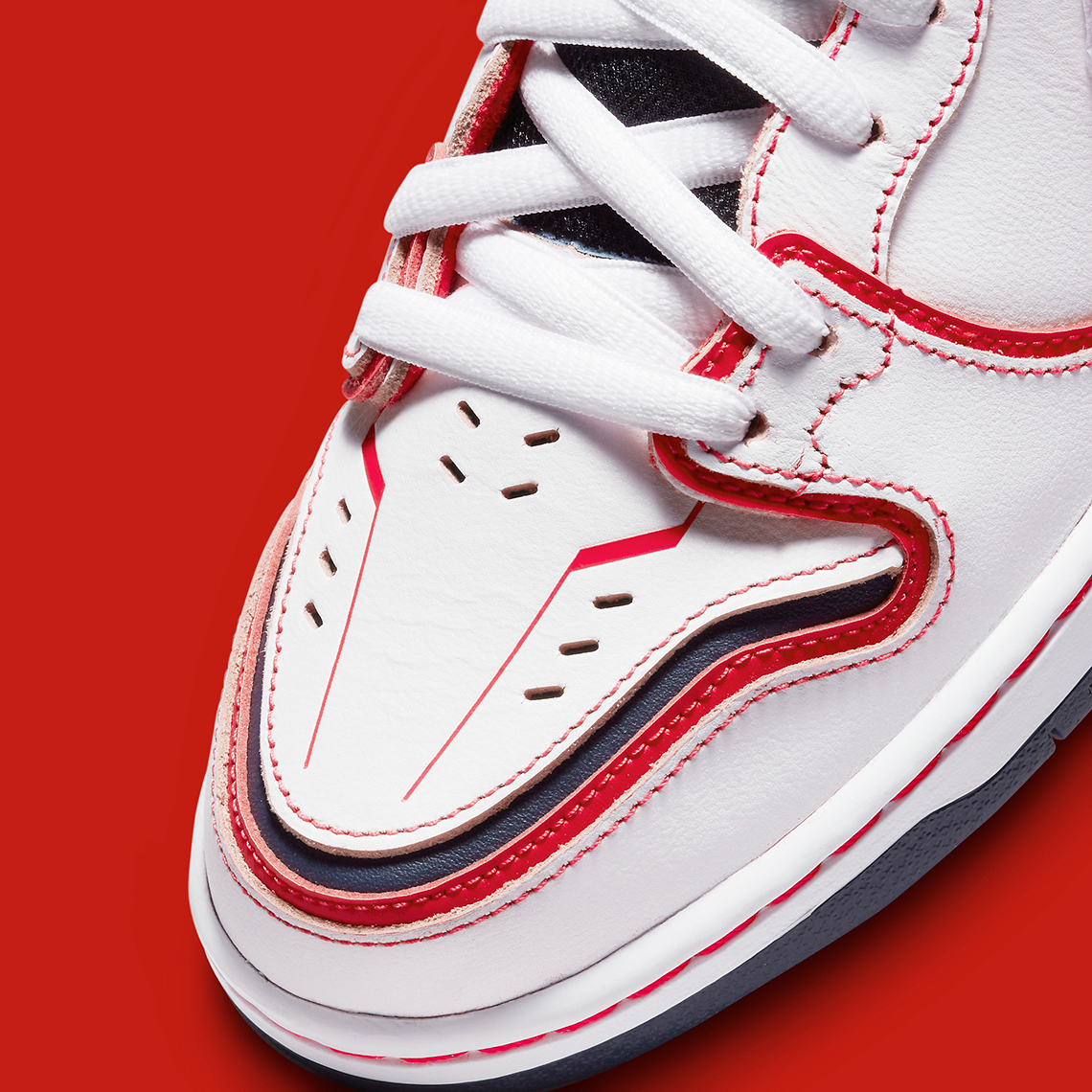 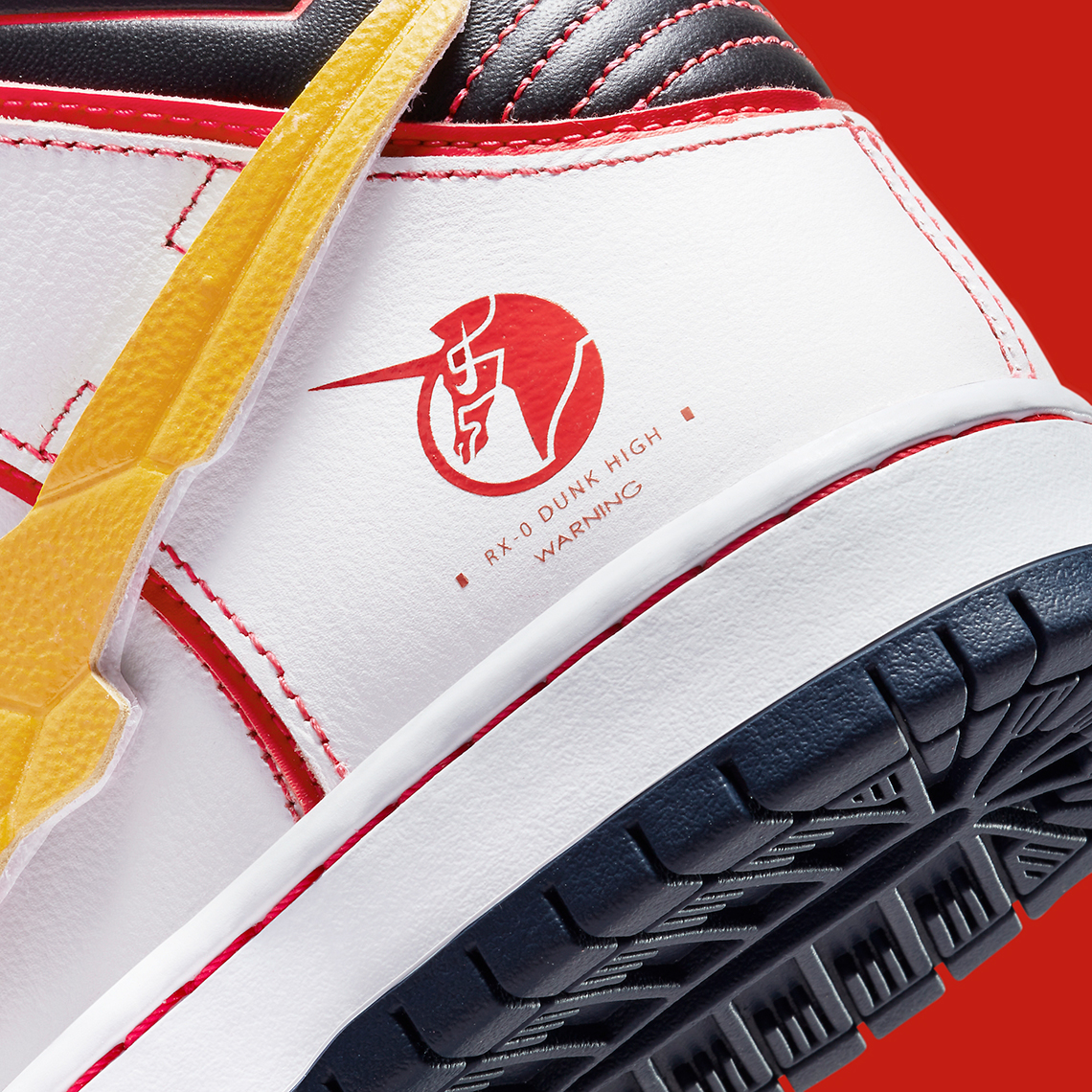 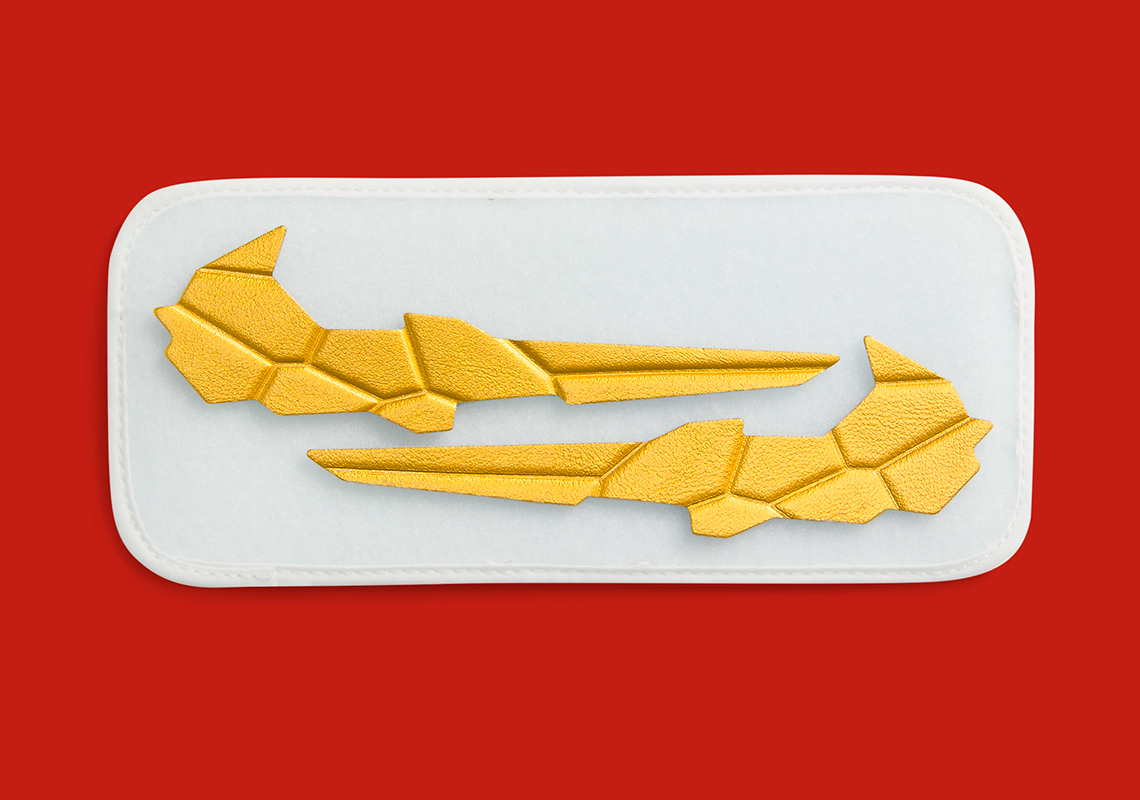 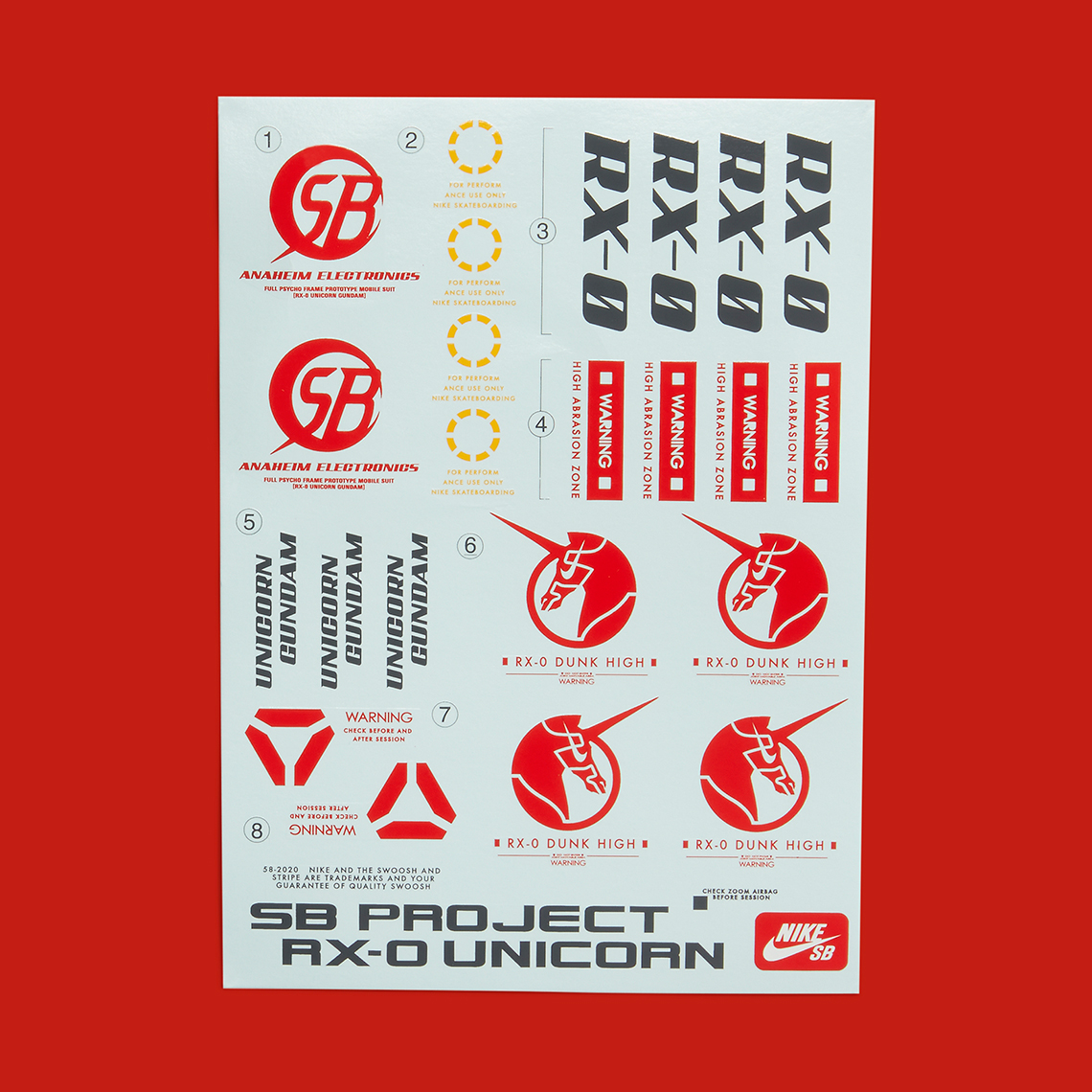