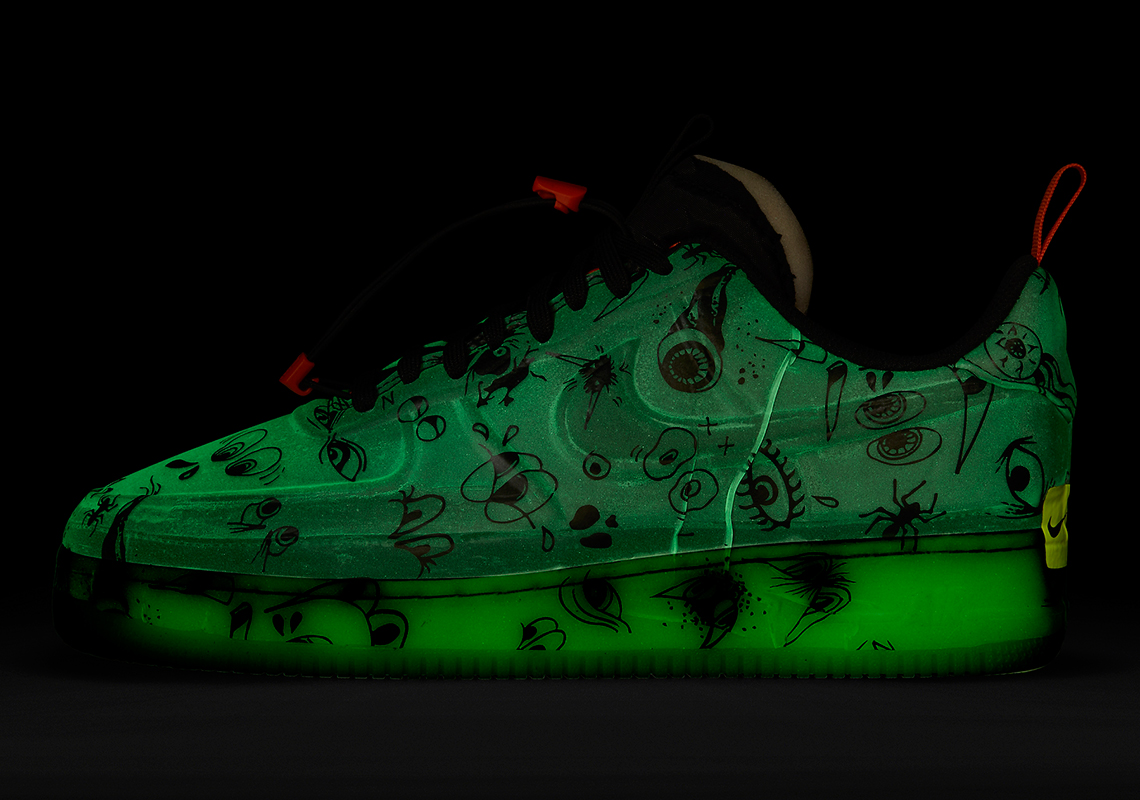 The Nike Air Force 1 Experimental drew some scary responses upon its surfacing in 2020. There was a poopy brown colorway that was supposedly inspired by UPS shipping, and the white/blue/red version that drew the ire and later the cooperation of the United States Postal Service. Nike is suiting up this transformed AF1 once again for the upcoming Halloween holiday, covering the exterior of the silhouette with the same spooky pattern of ghastly eyes – the same seen in the Dunk Low “Halloween”. This transparent layer covers a dark grey foam-like underbody, while orange accents on the pull-tabs, lace eyelets, and lace toggle provide that jack-o-lantern effect.

What makes this Air Force 1 Experimental stand out even more, is that the aforementioned grey foam material is entirely glow-in-the-dark. Not only will the shoes help you stand out in broad daylight, but it’ll also help you break some necks in the dark when it completely lights up. The only portions of the shoe that don’t illuminate are the tongue, interior lining, and the pull-tabs.

These are expected to release in October alongside Nike’s entire Halloween 2021 collection. See the official images ahead and stay tuned for a release date. 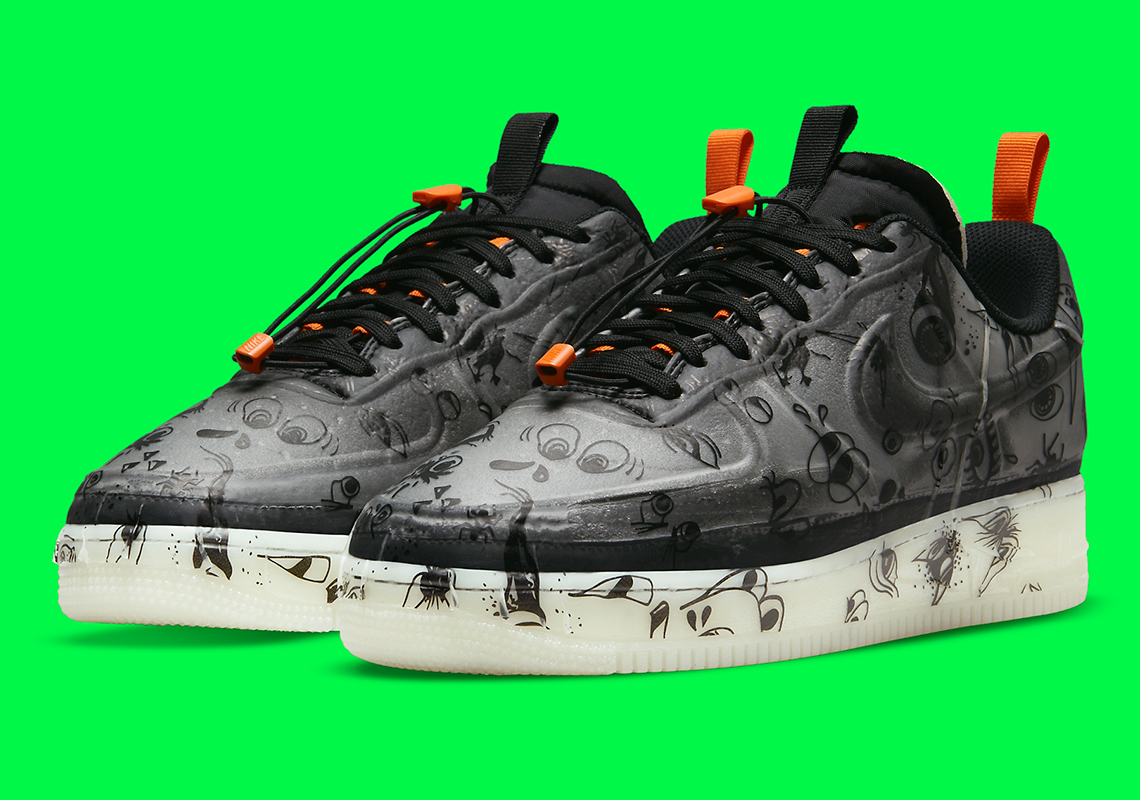 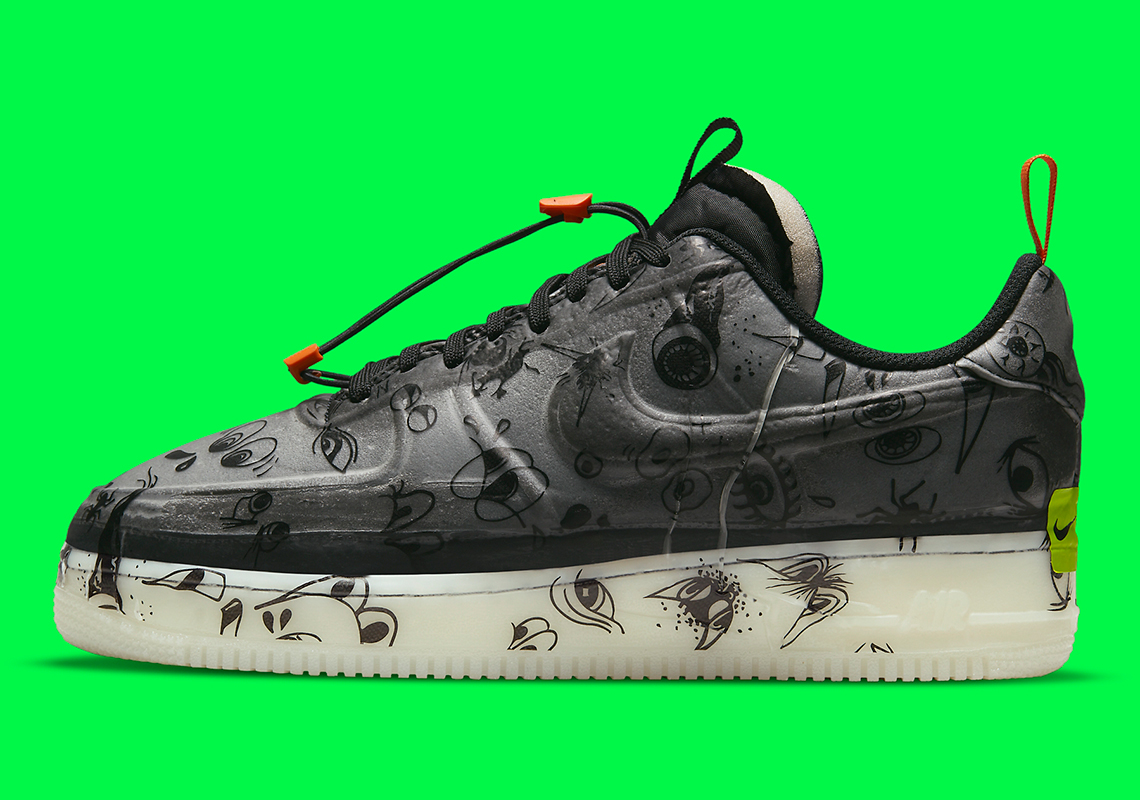 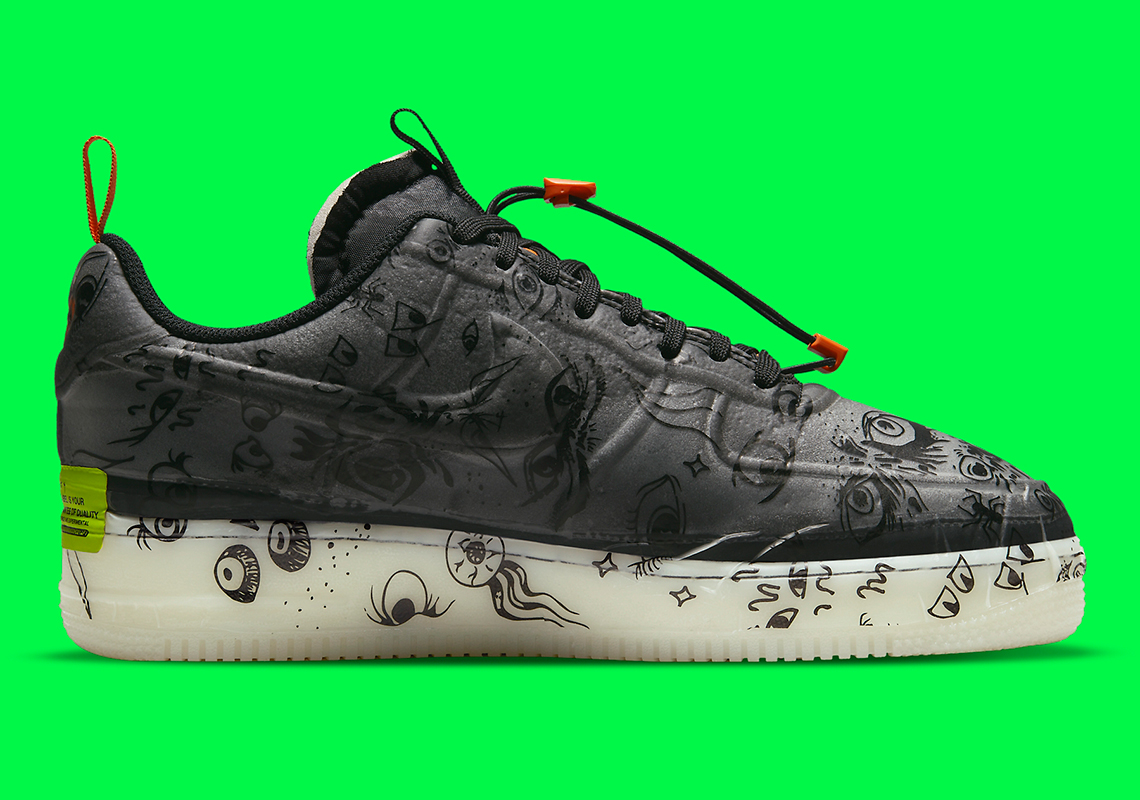 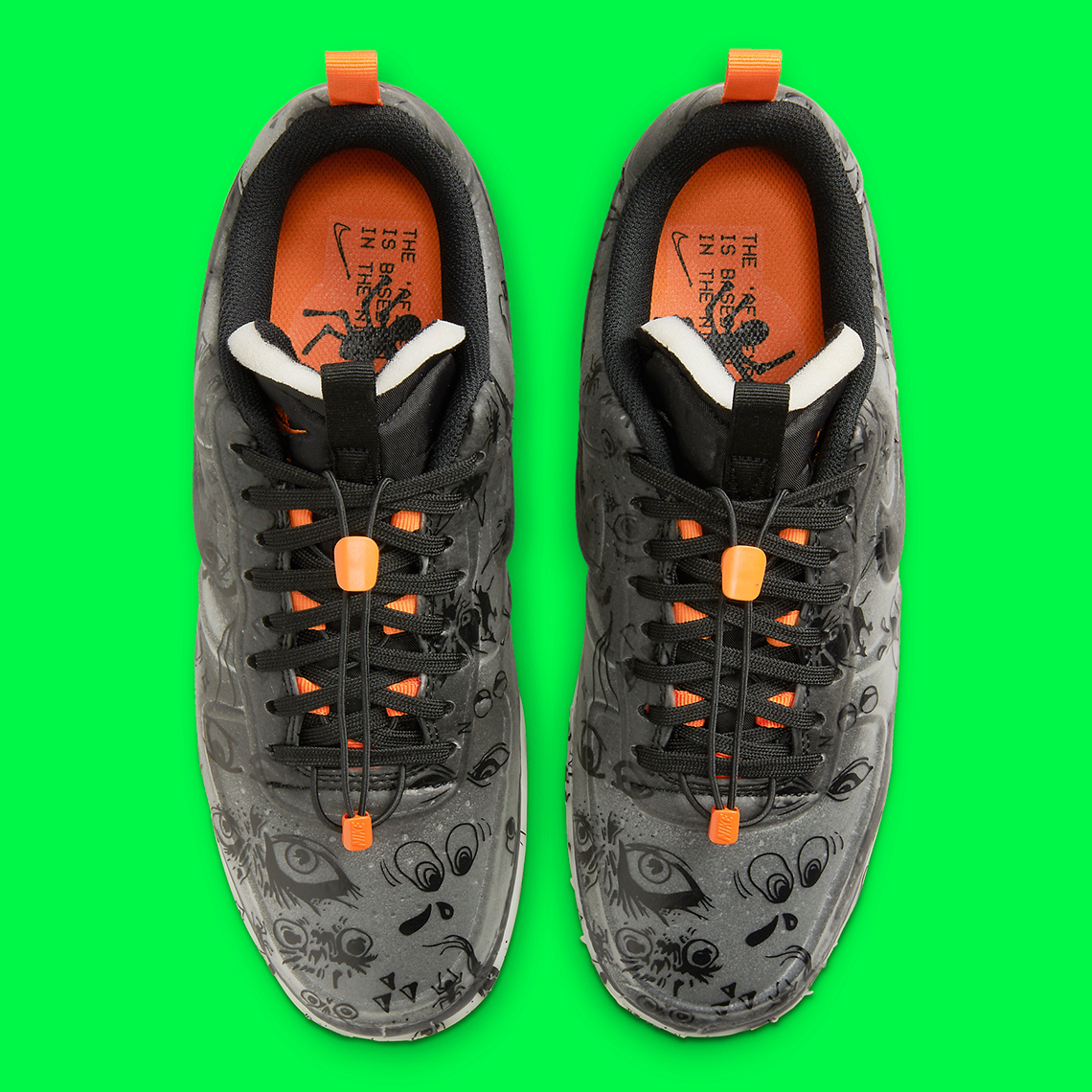 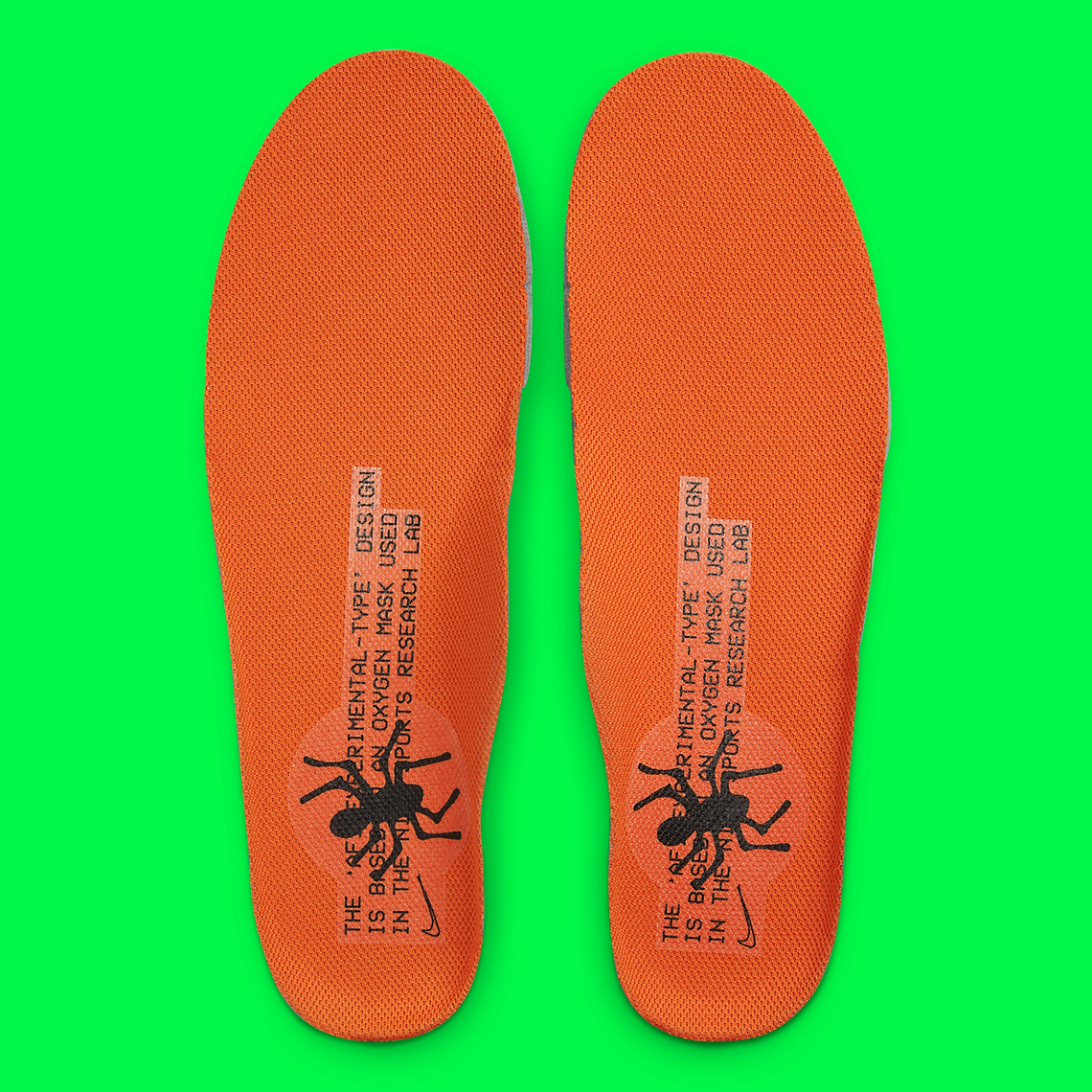 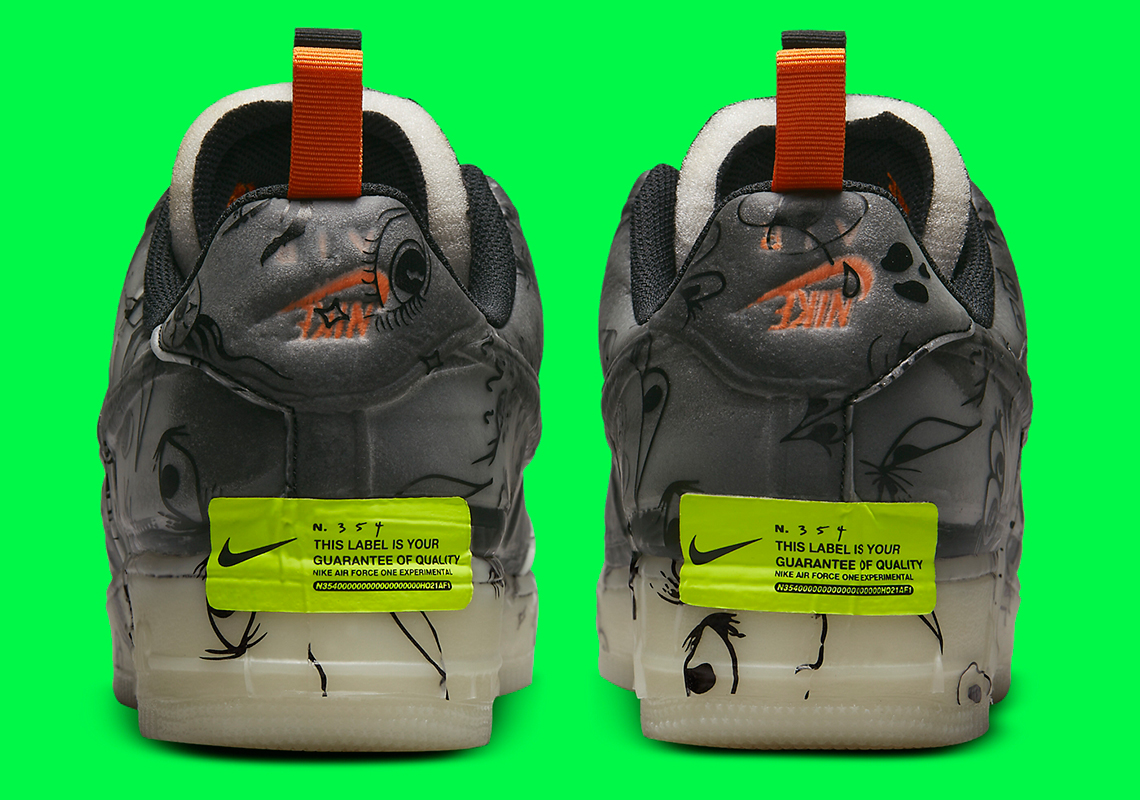 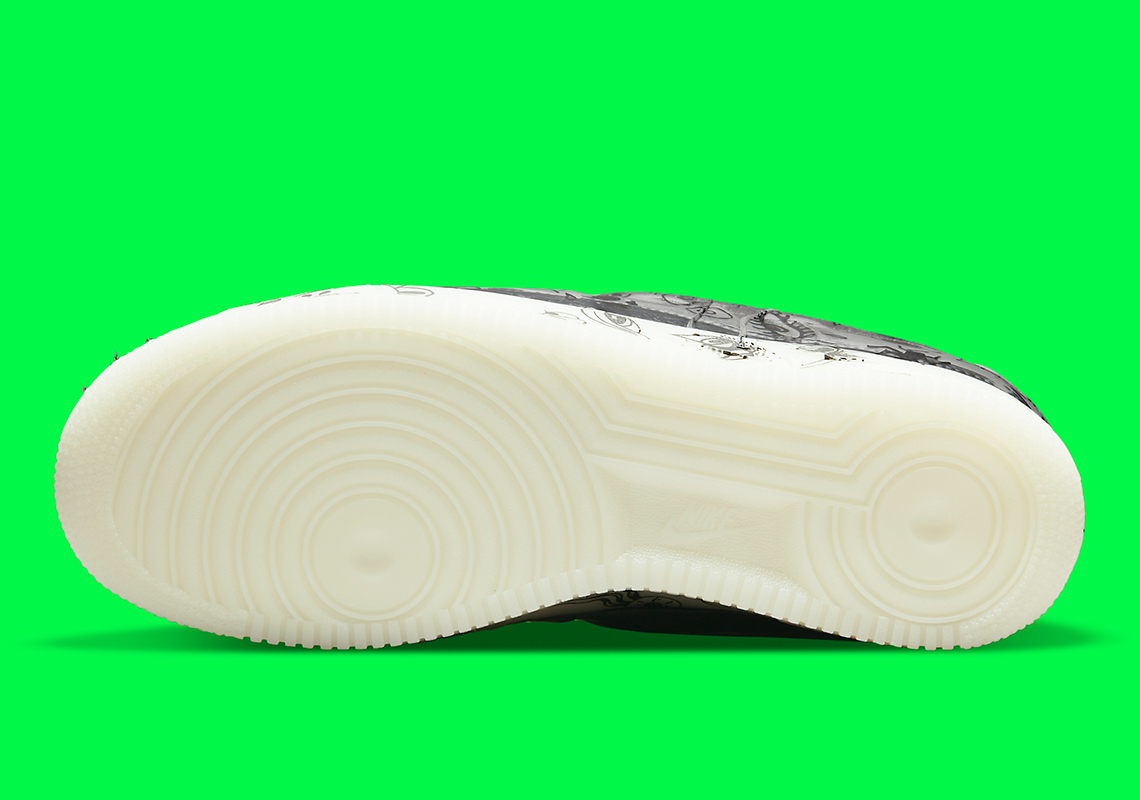 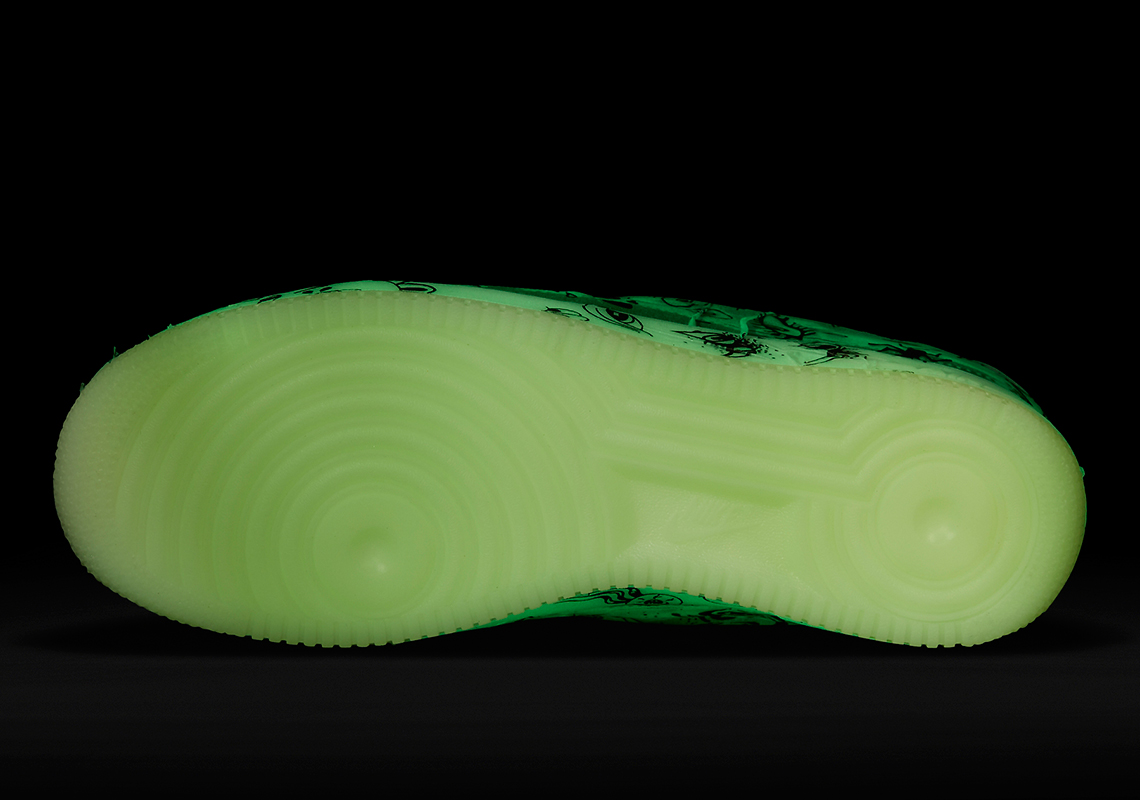 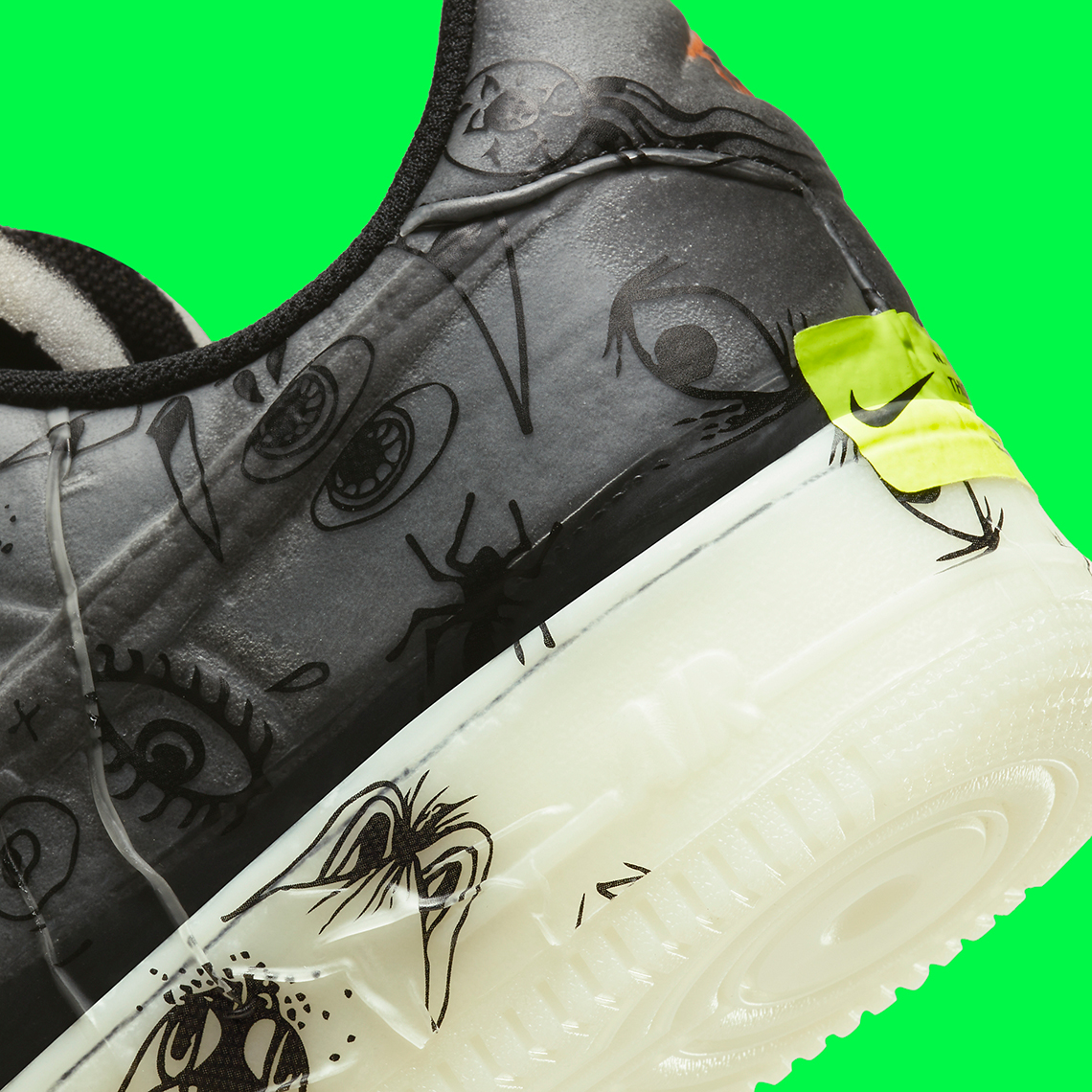 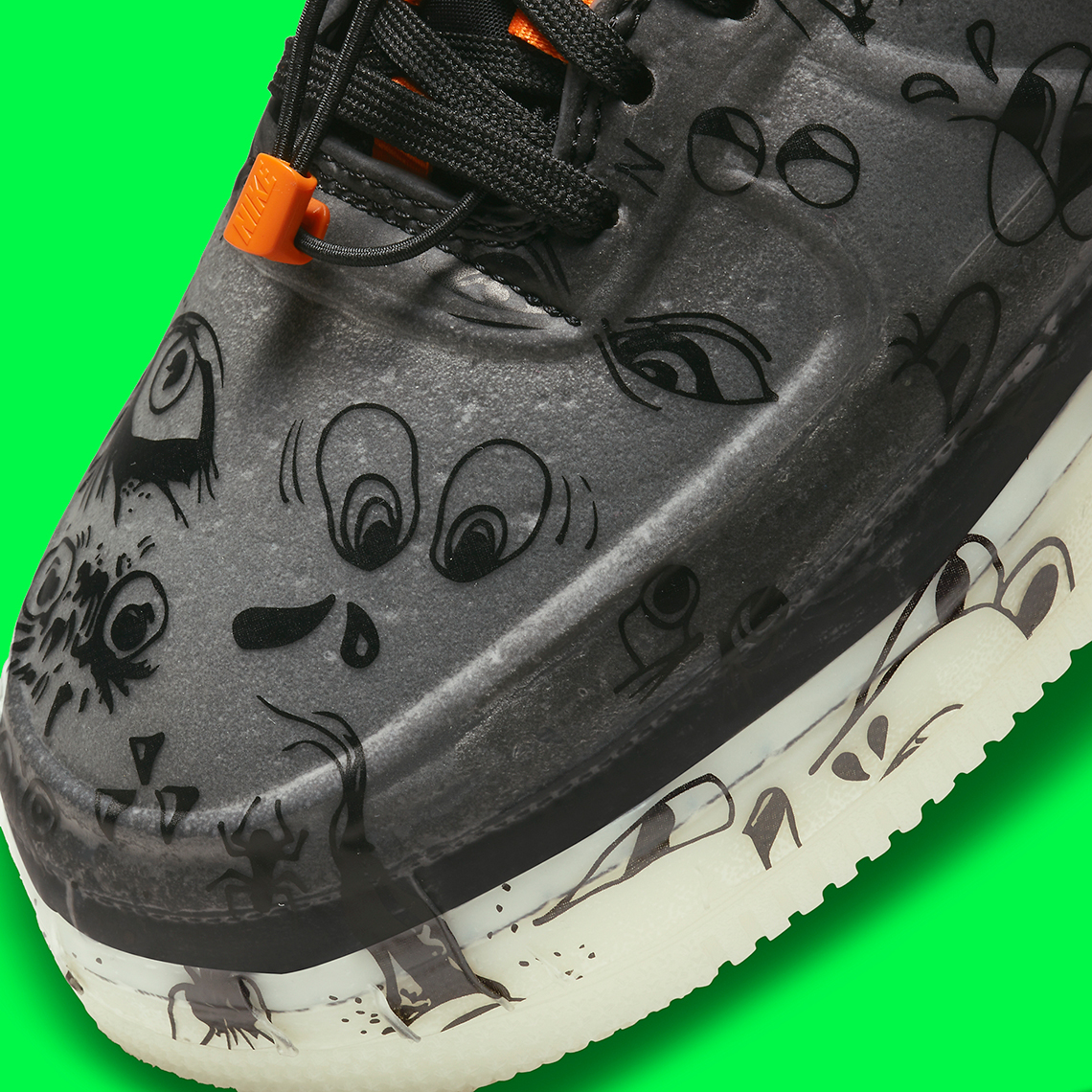 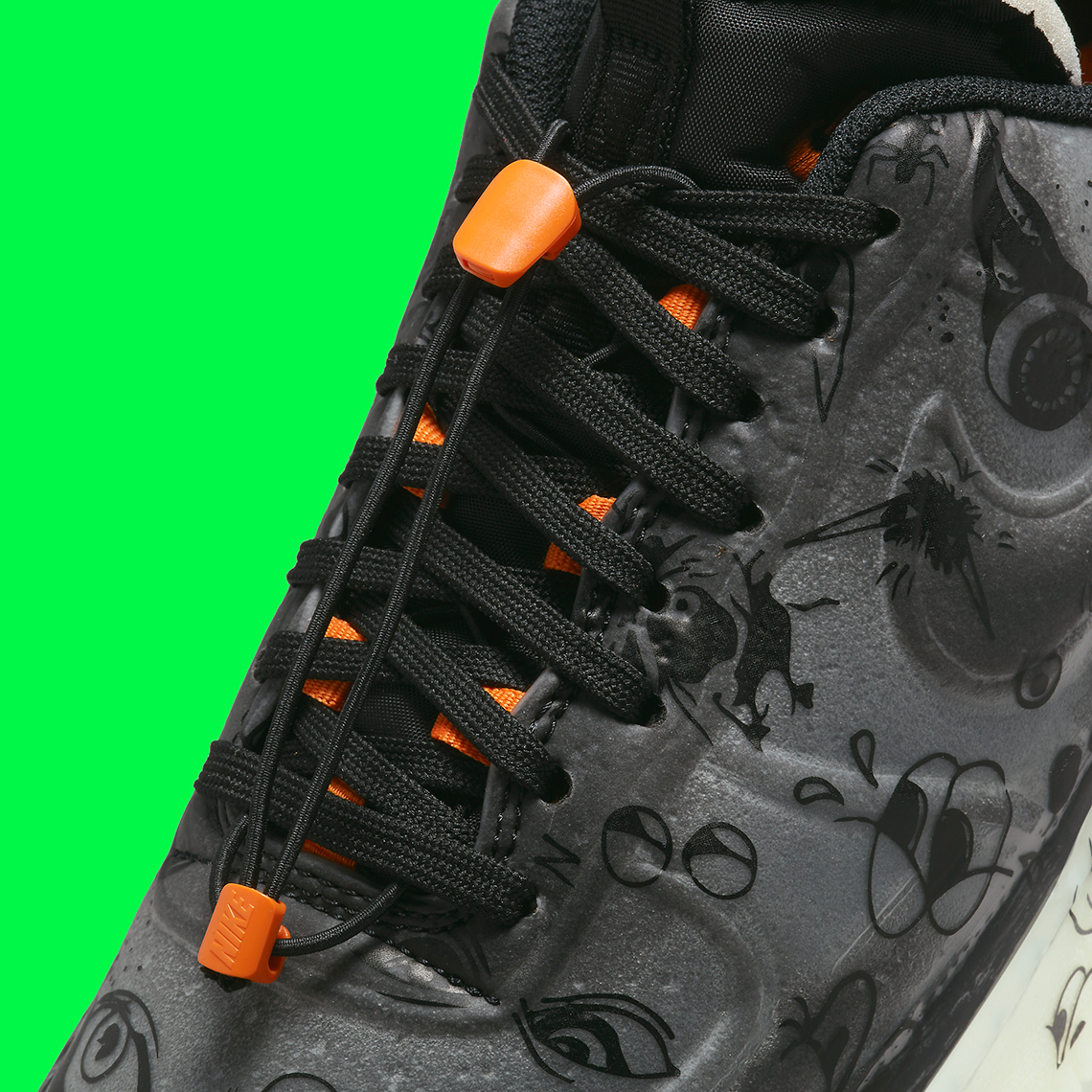