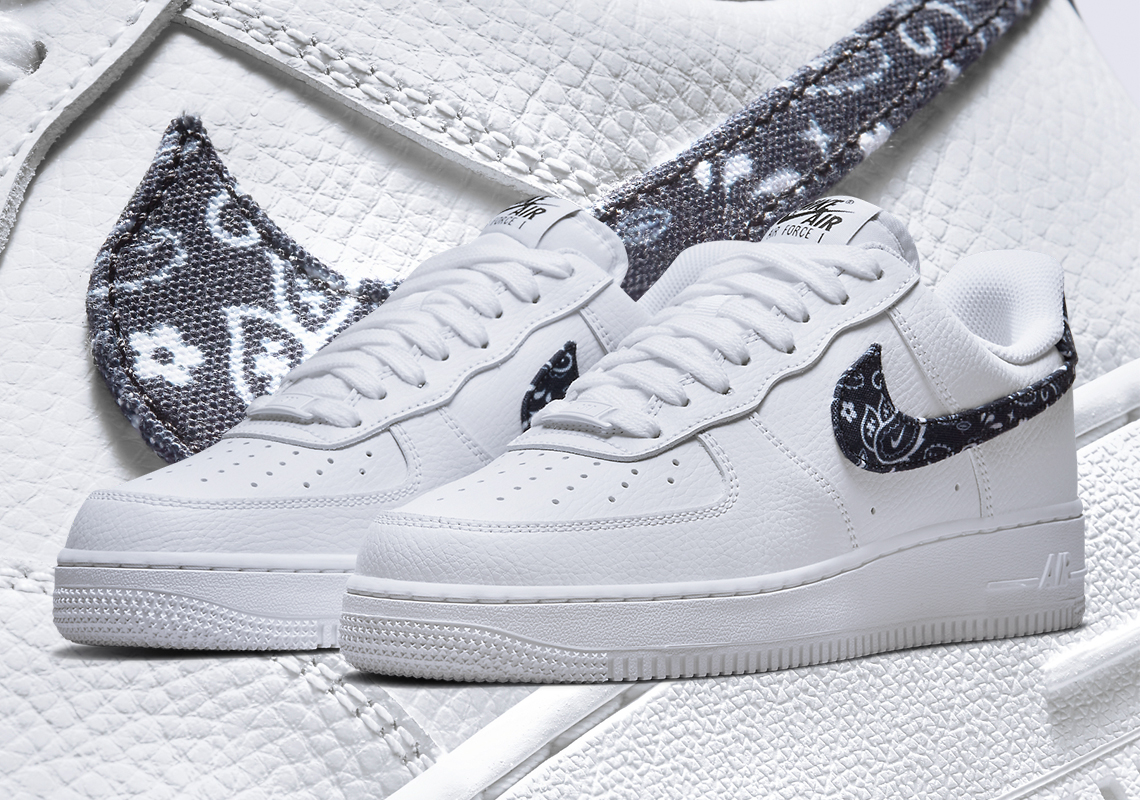 When Bruce Kilgore designed the Nike Air Force 1 Low in 1983 (the high-top launched a year earlier), he almost certainly didn’t anticipate the sneaker would become a lifestyle staple almost 40 years later. For its latest proposition, the basketball-informed silhouette has appeared with black paisley detailing.

Presumably part of a larger collection given that a pair has recently emerged with a blue iteration of the pattern, the newly-surfaced pair indulges in a predominantly white ensemble across its synthetic leather upper and rubber sole unit. The bandana-associated print takes over the profile swooshes and upper heel overlays, both donning a twill material construction. Branding on the tongue label and sock-liner forgo any paisley flair, but also deviate from their “colorless” surroundings with stark black contrast.

Enjoy official images of the low-top Air Force 1 here below, as you wait for official Nike.com release details.

Elsewhere under the NIKE, Inc. umbrella, the Air Jordan 12 “Royalty” is expected to arrive on November 13th. 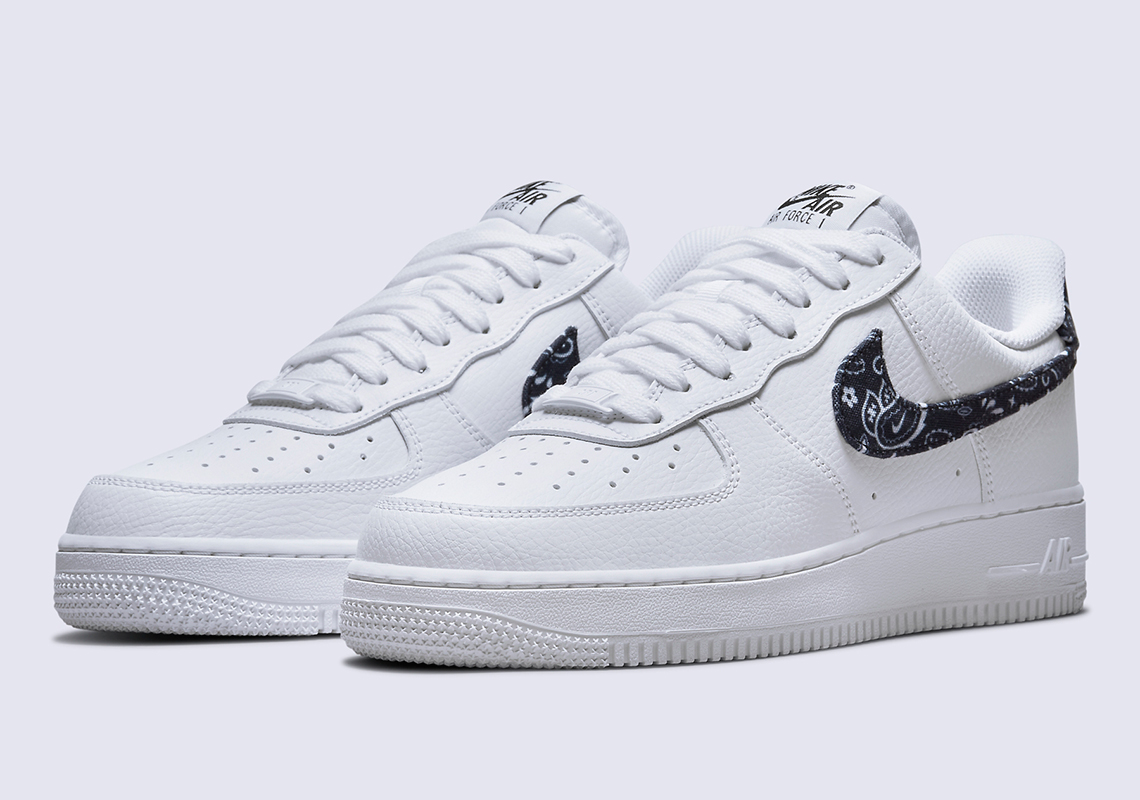 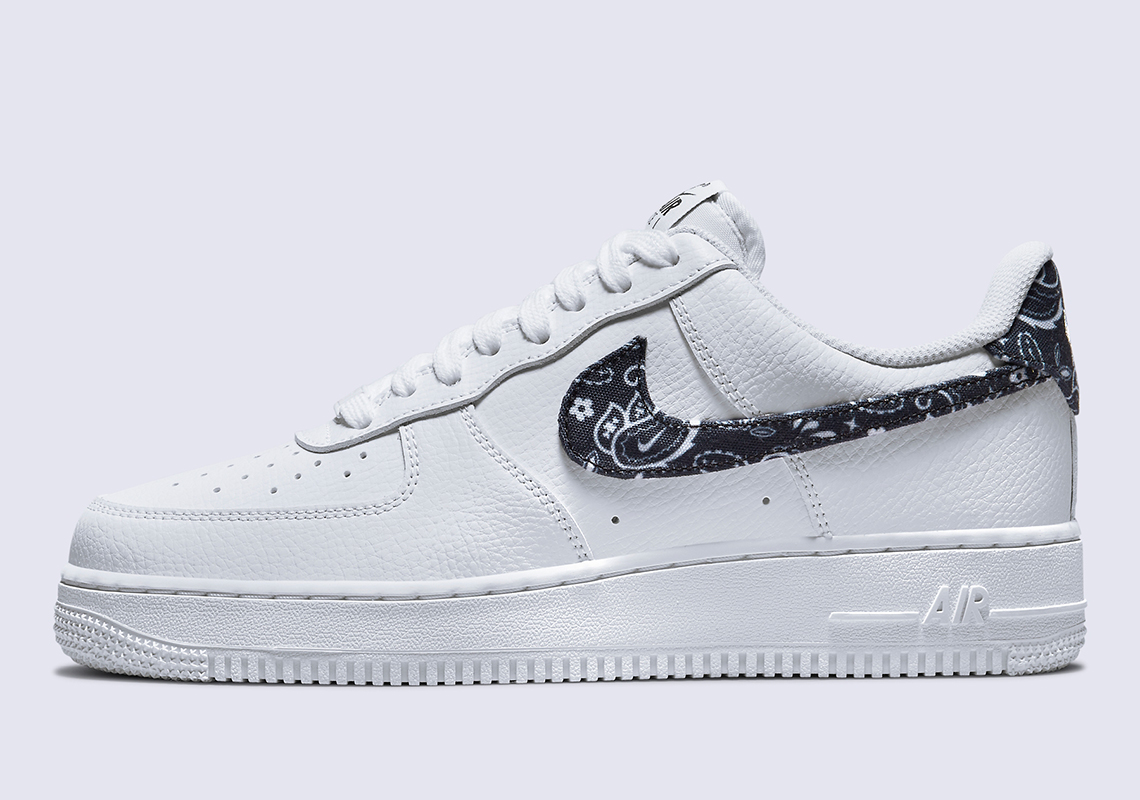 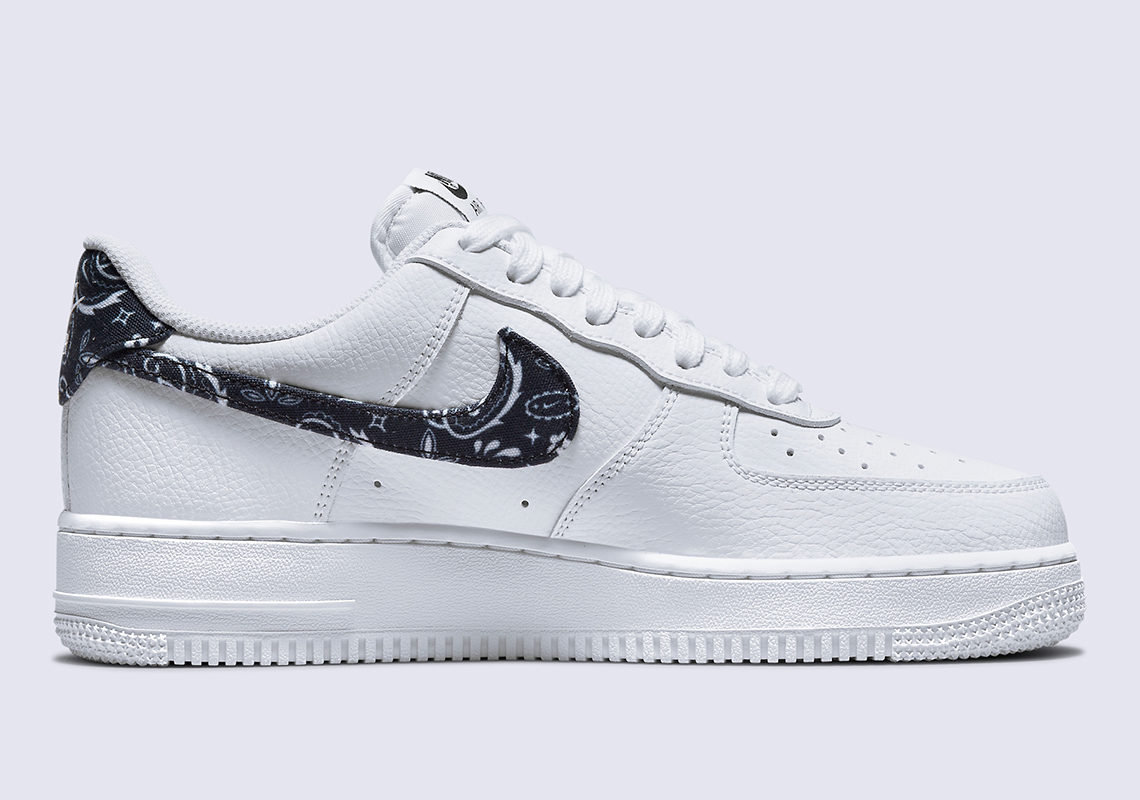 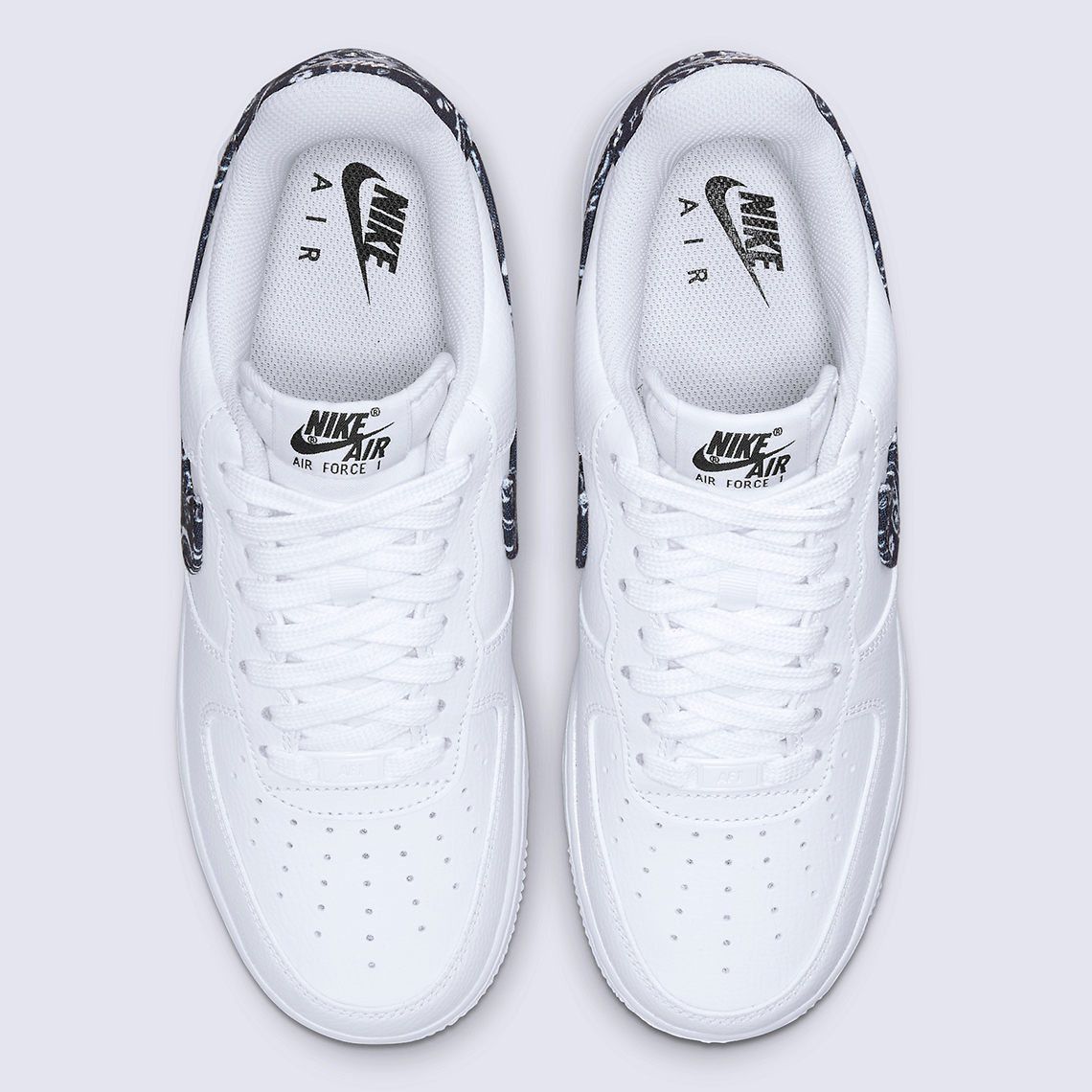 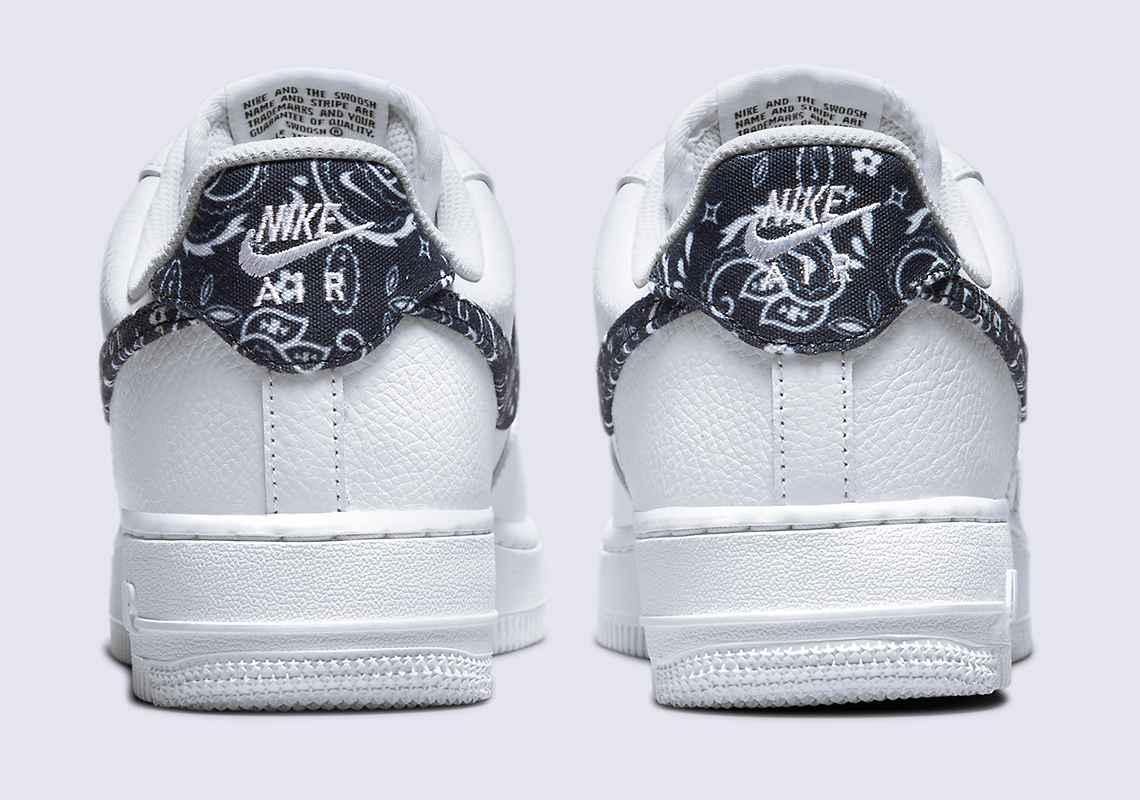 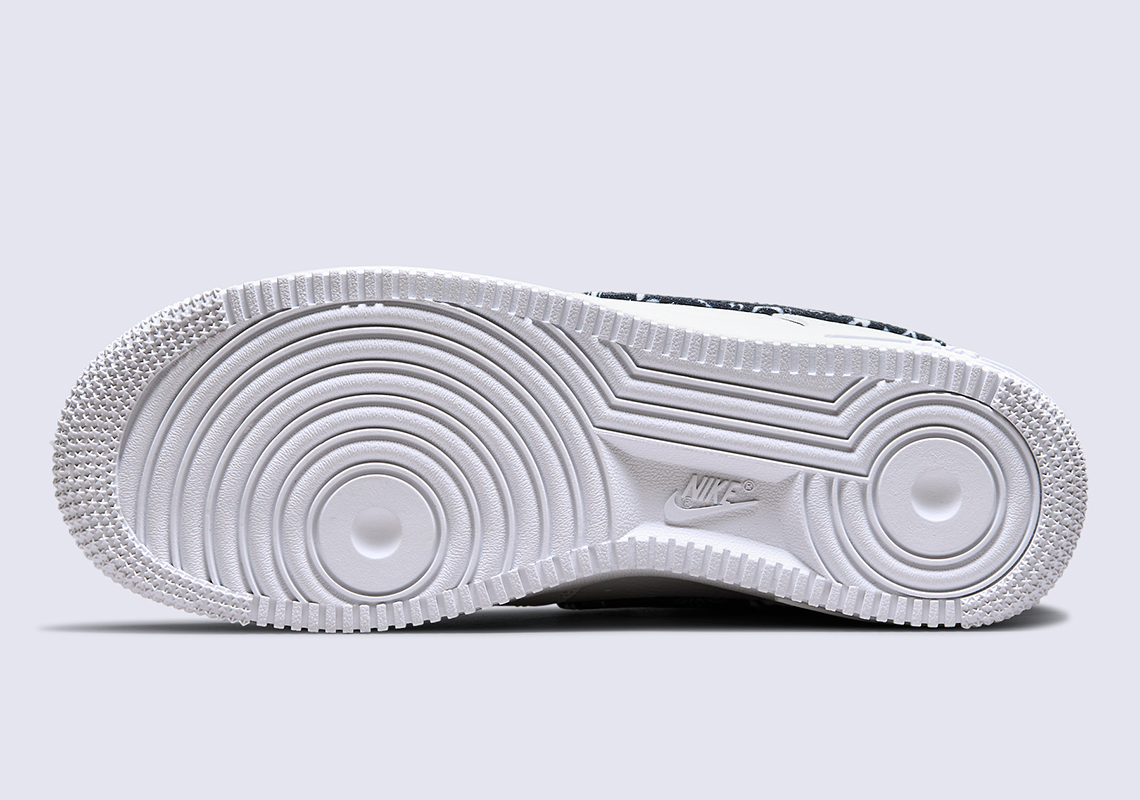 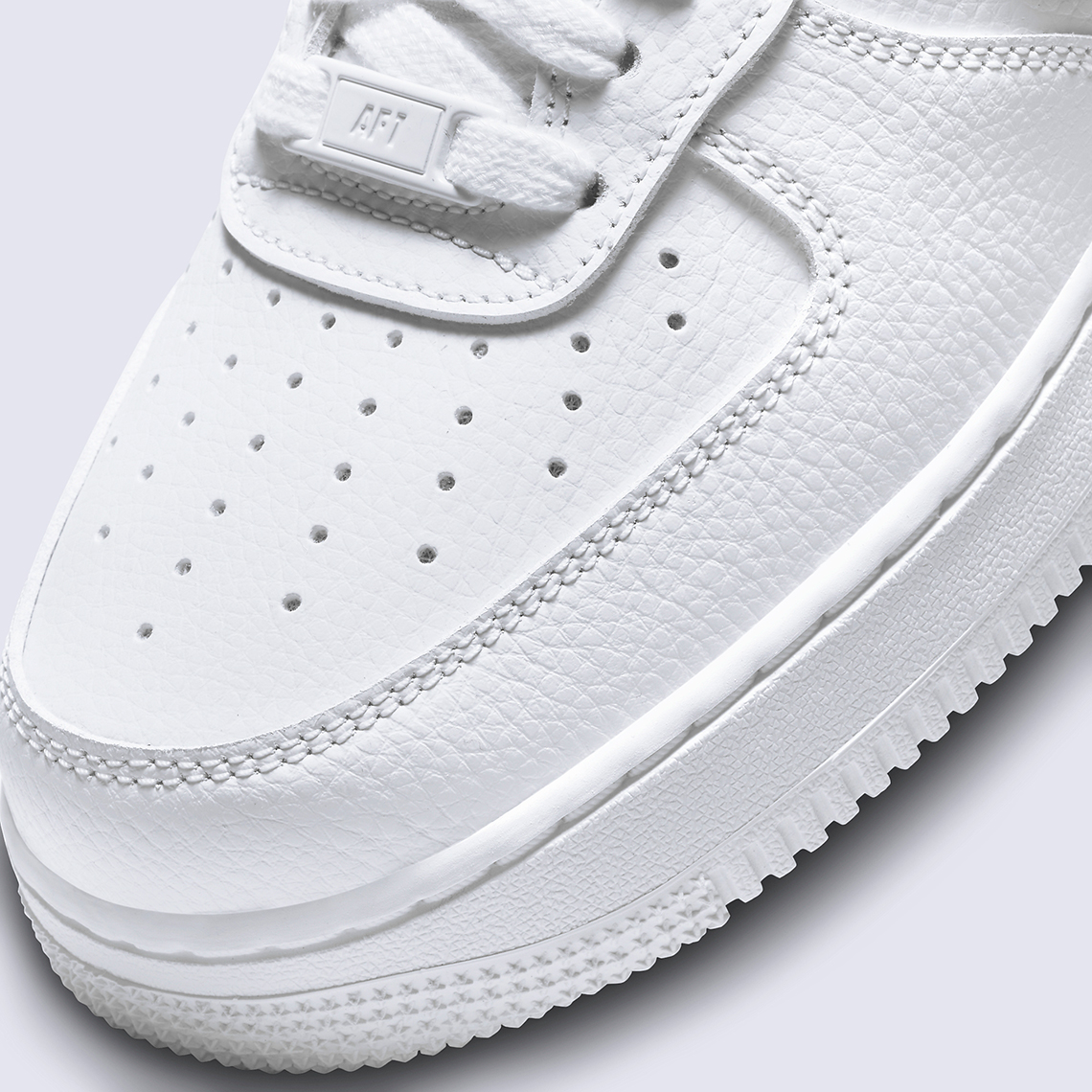 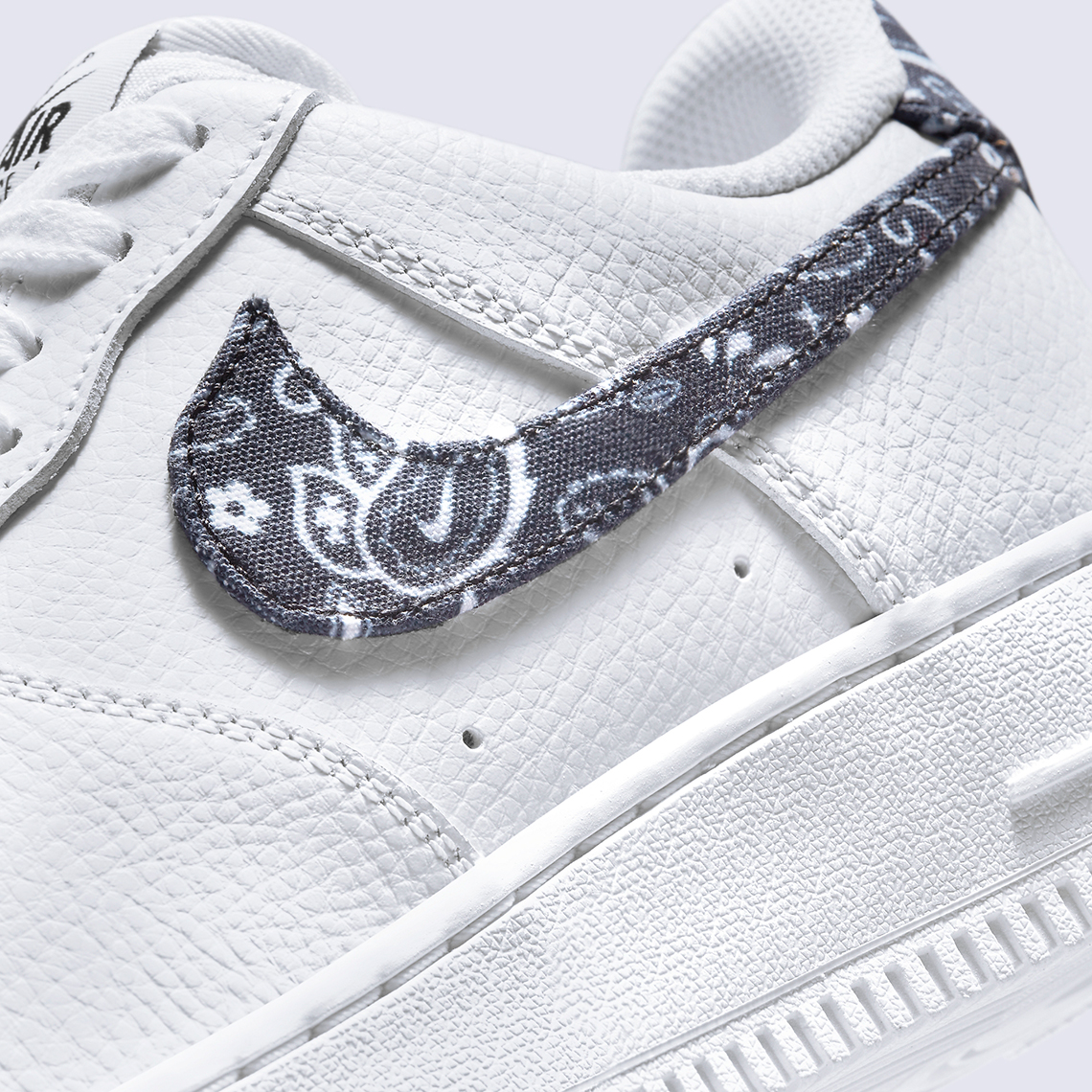 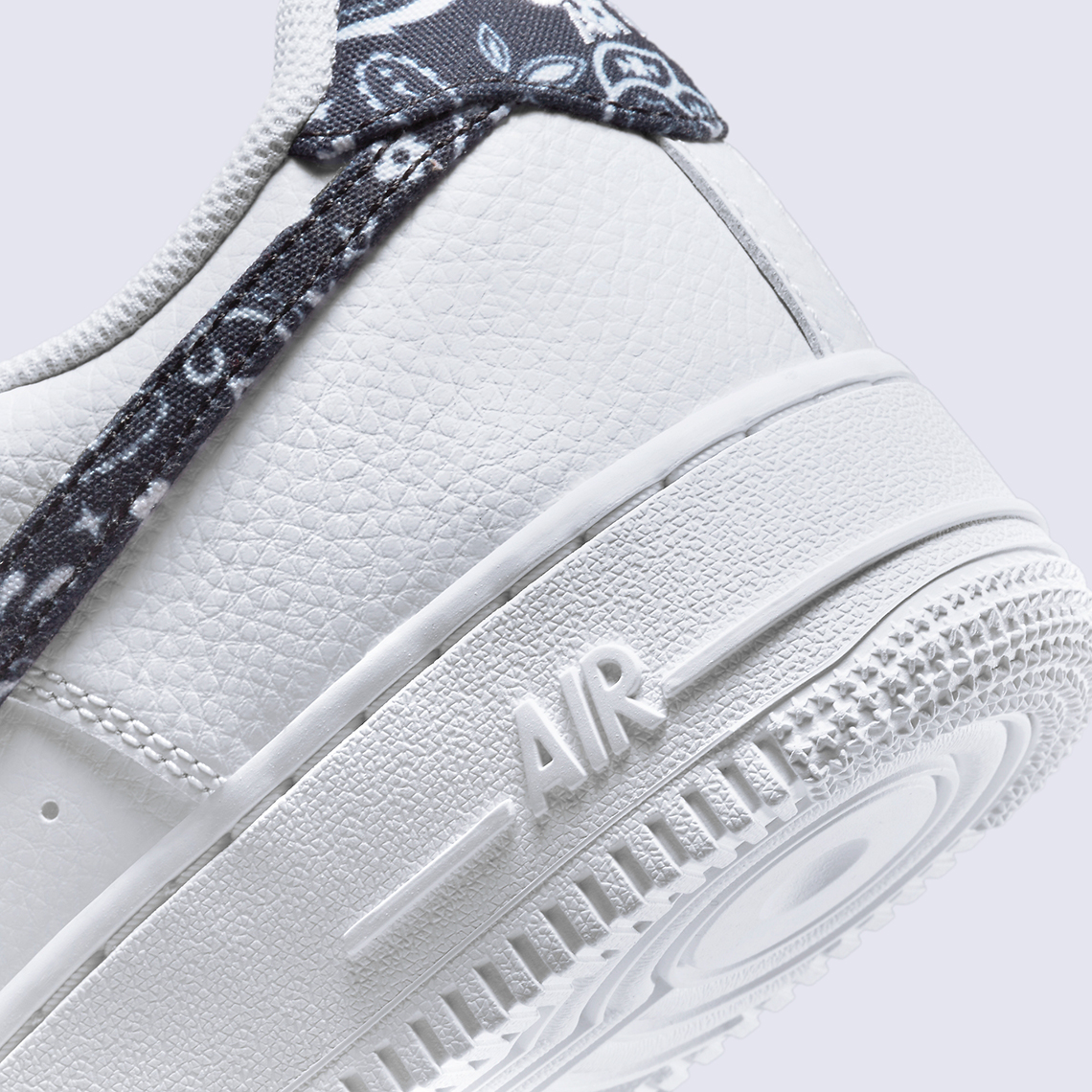