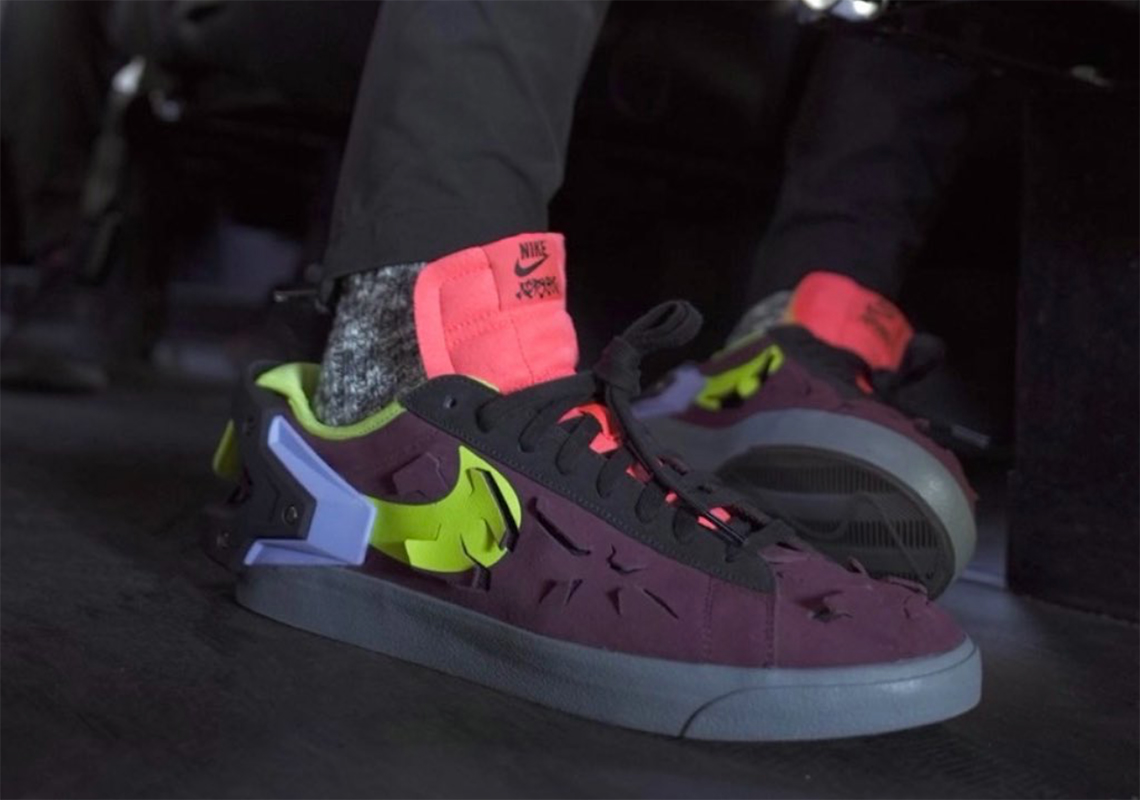 Back in October, during the proverbial heat of Paris Fashion Week, Errolson Hugh appeared wearing his latest collaboration: the ACRONYM x Nike Blazer Low. While clad in a familiar colorway, the shoe sported deconstructed elements unlike the offerings before it. All of these details are much more readable on the second colorway, which was just unveiled by MMA star Max Holloway.

Crimson and “Lemon Venom” neons are the among the most standout additions, spotlighted along the tongue and the lining/Swoosh, respectively. Adjacent, the reinforced, near mech-like heel piece is accented with a touch of violet, better complementing the “Night Maroon” that lays damaged throughout much of the upper. Elsewhere, the lace unit subtly deviates in its black neutral, while the midsole opts for a slate shade.

Enjoy an on-foot look at these below. As these were rumored to release in the Fall, it shouldn’t be long before we hear official word regarding pricing, dates, and more.

In other news, official images of the Air Jordan 1 Patent Bred recently surfaced. 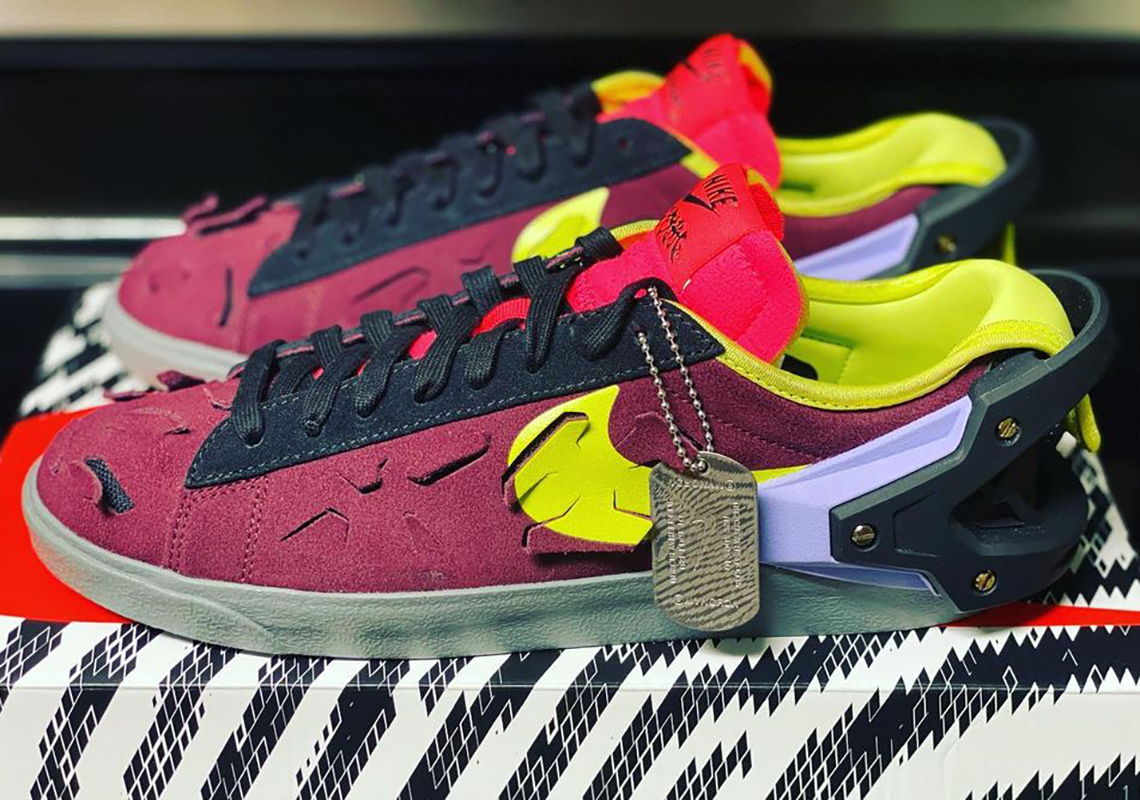 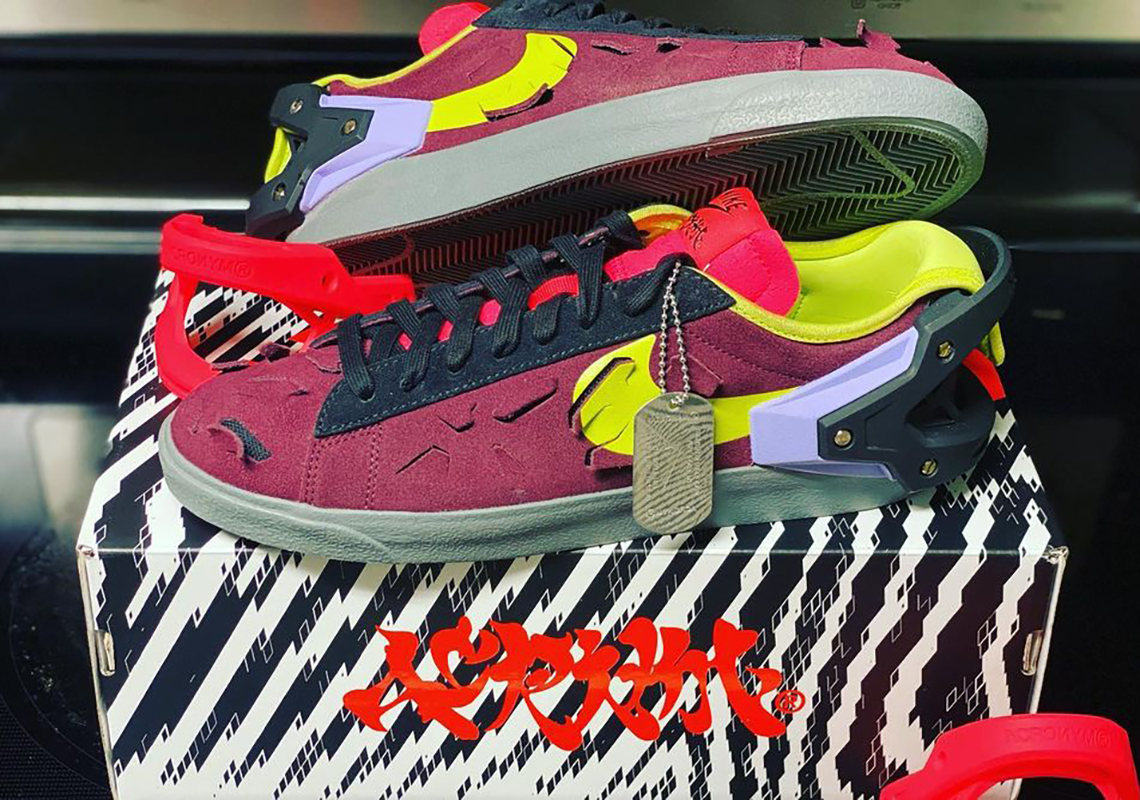 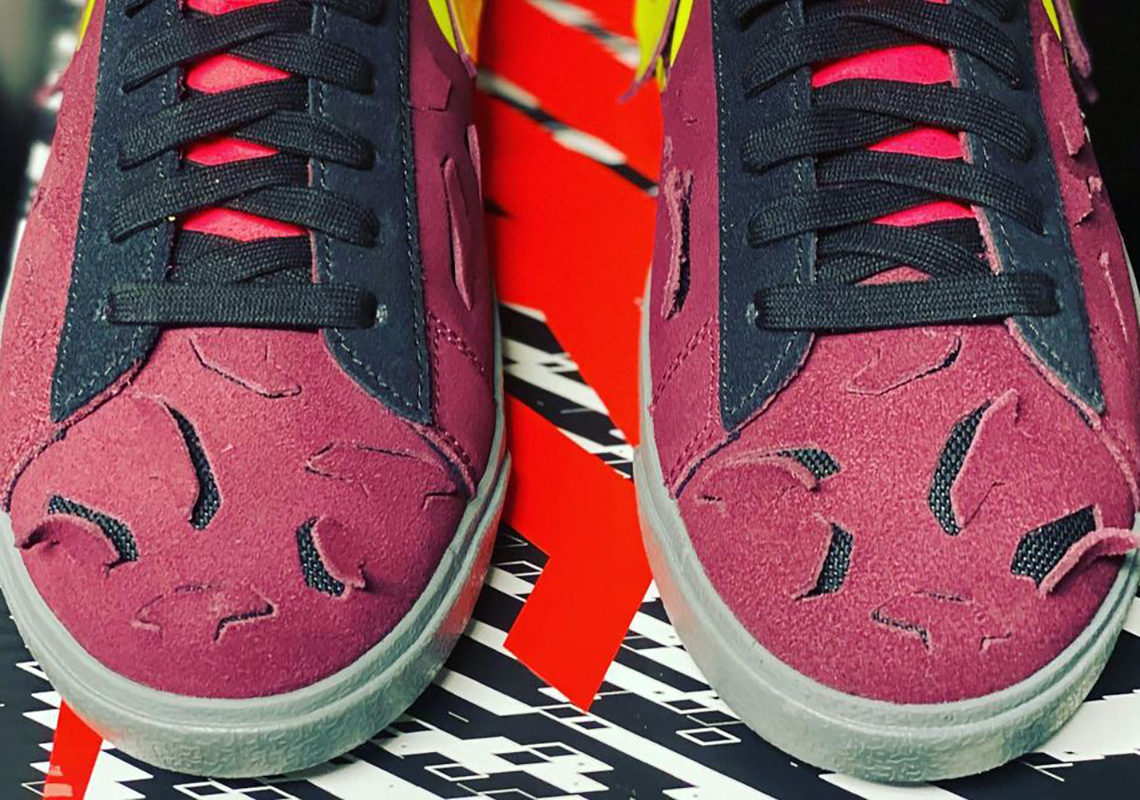 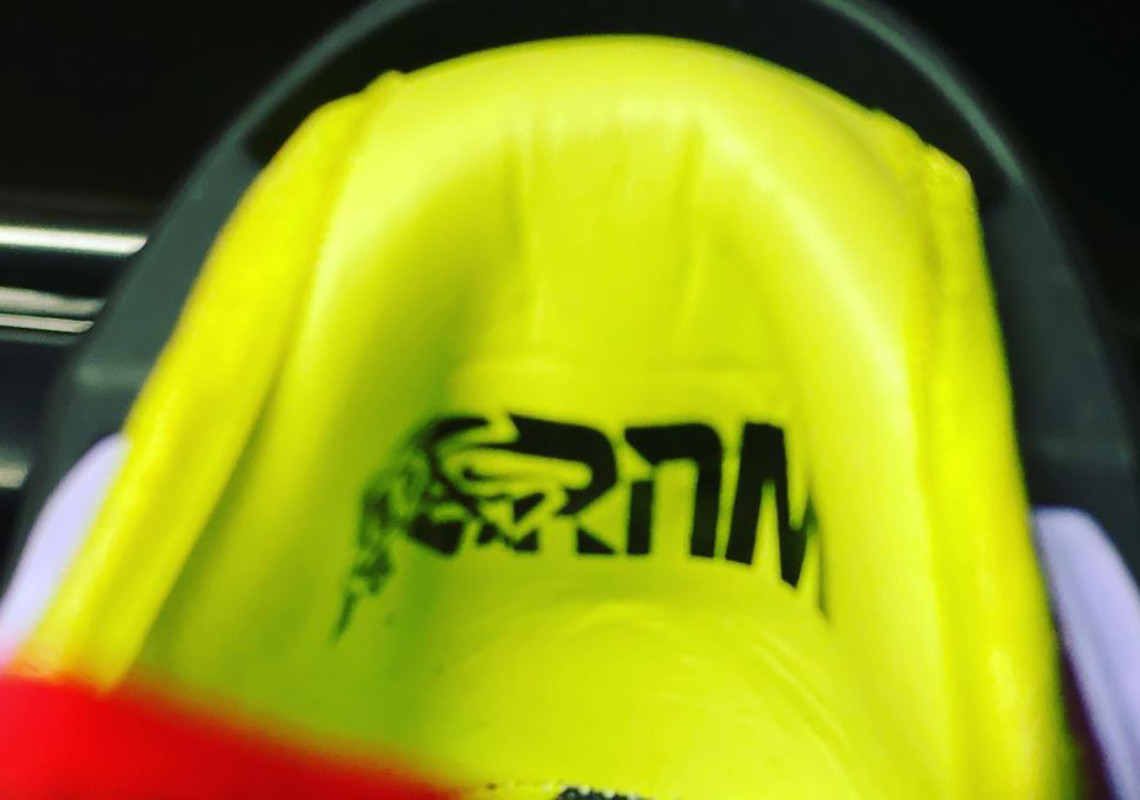 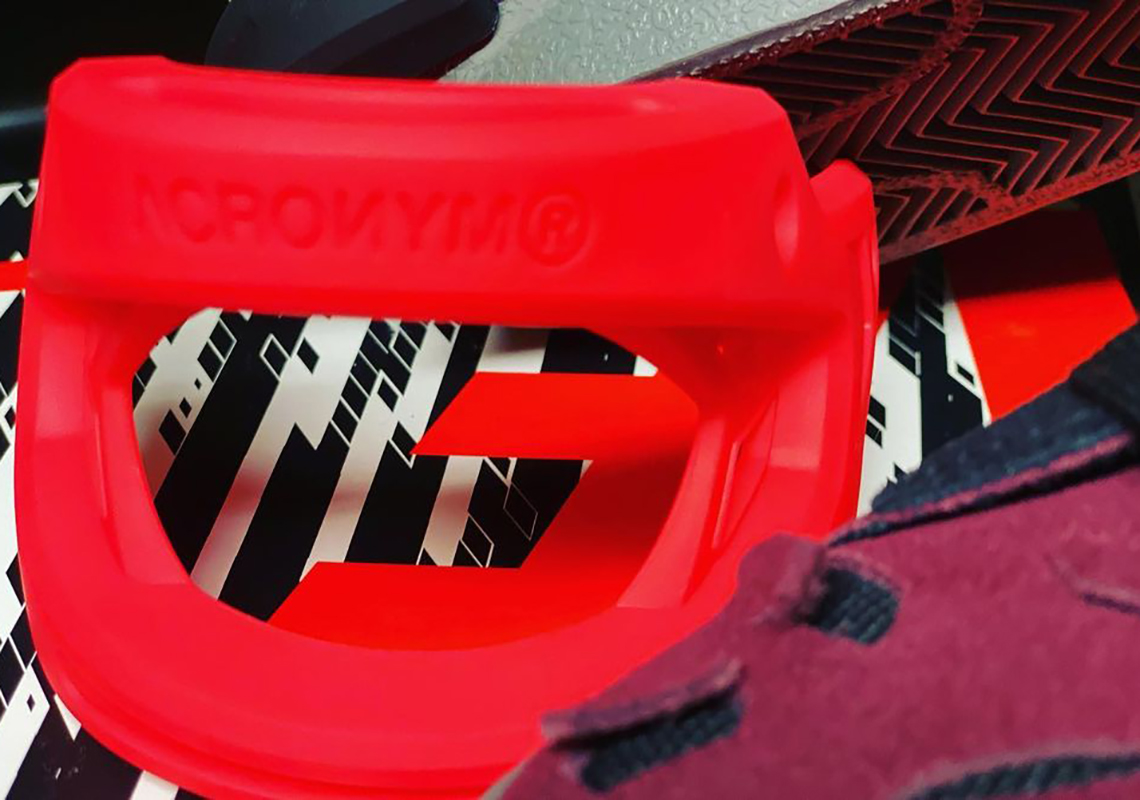 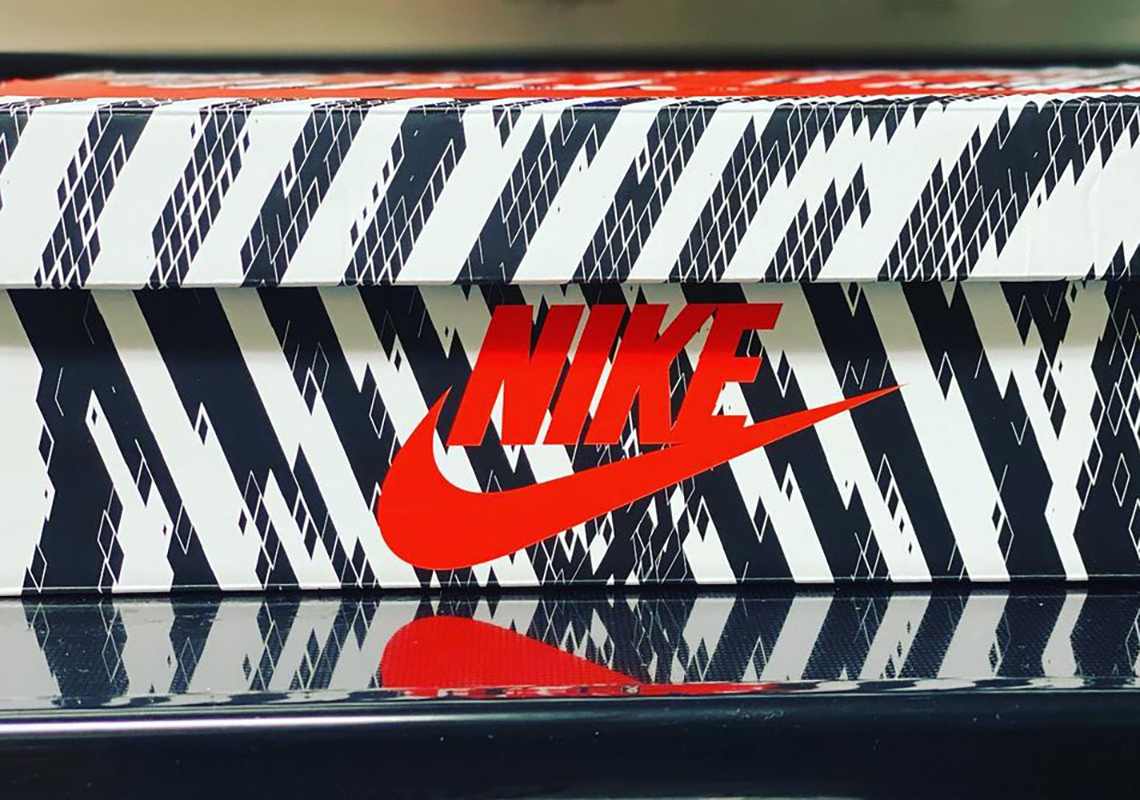 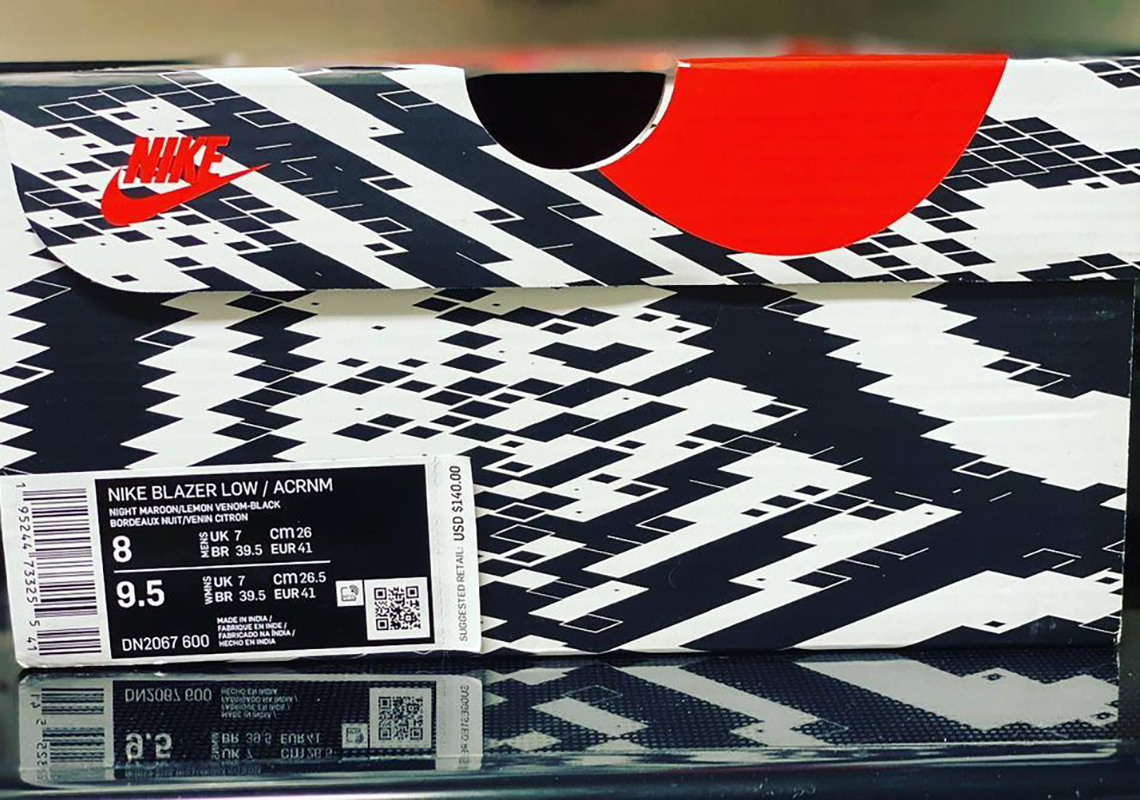 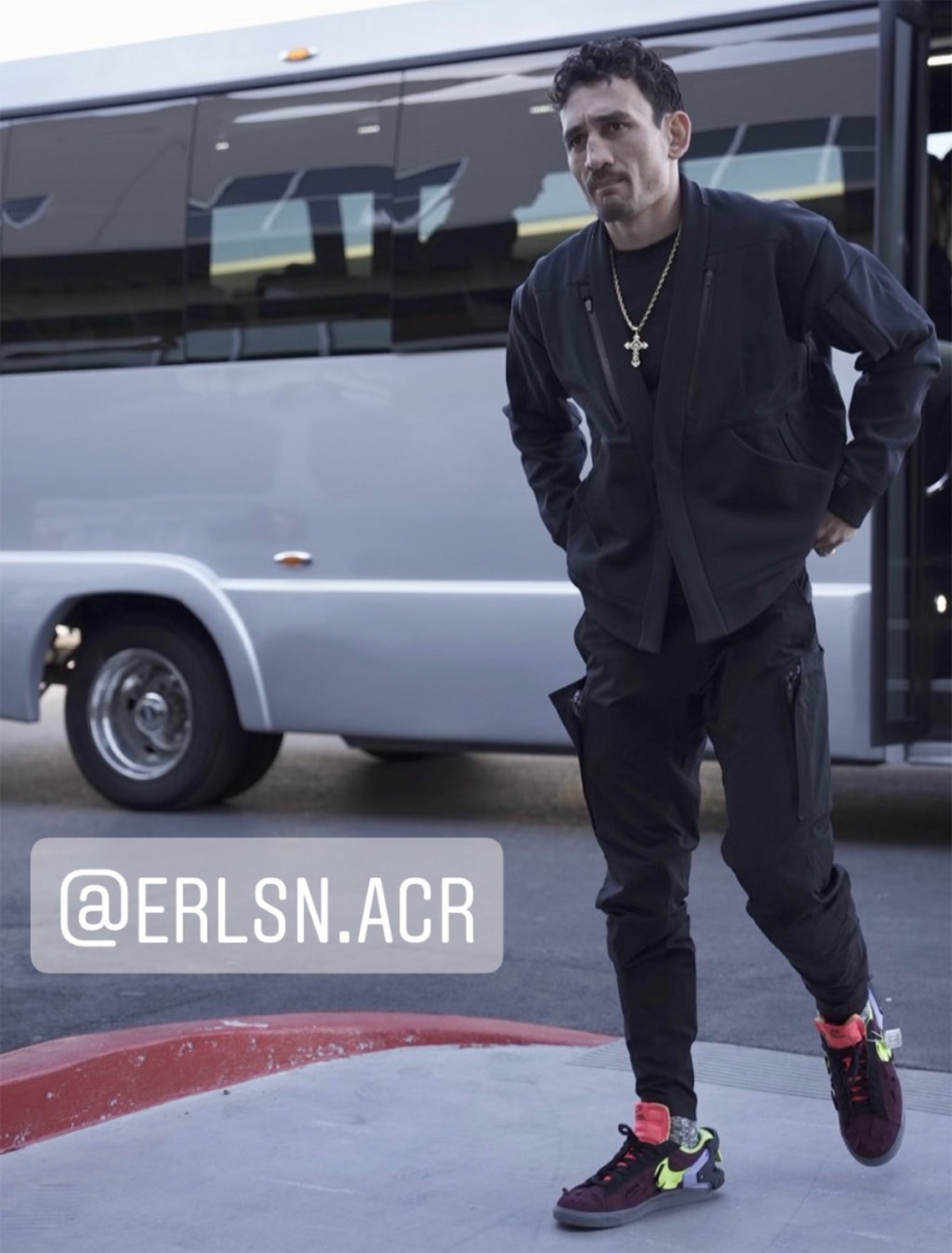