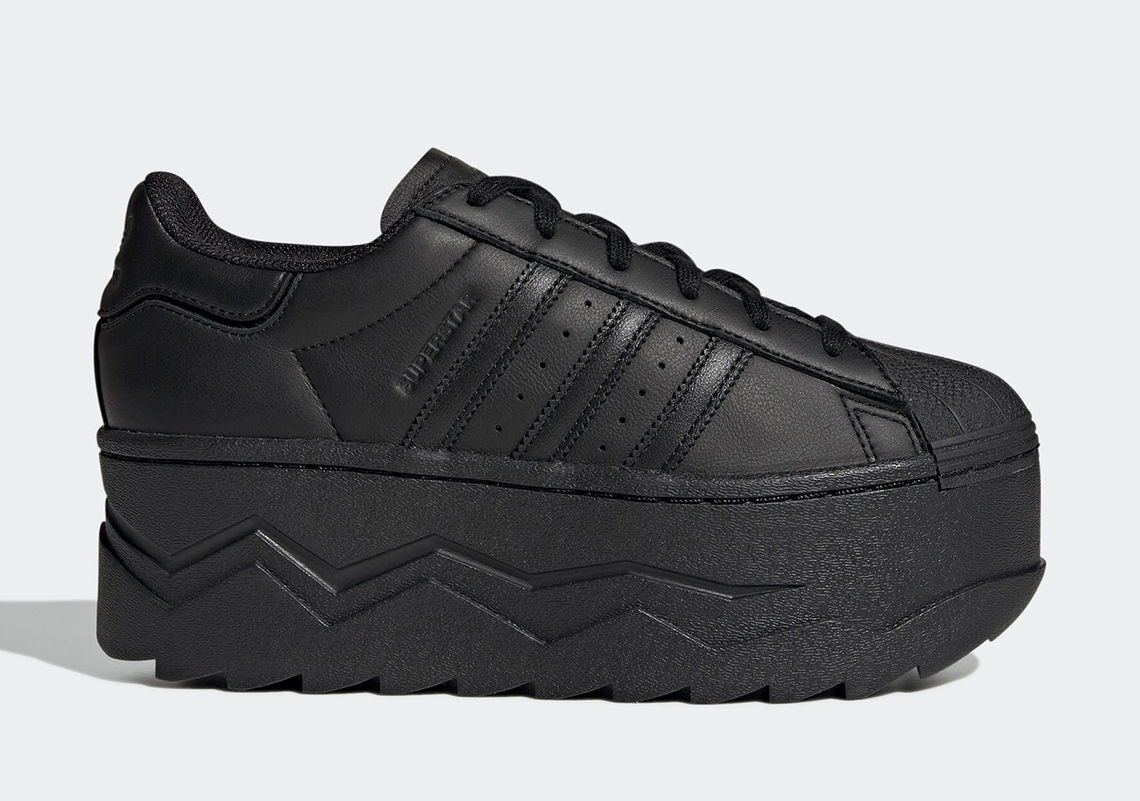 Over the years, the adidas Superstar has only become more eccentric. Both at the hands of Kerwin Frost and Melting Sadness, the shoe has become a canvas for much more than the Core White and Core Black color scheme. Even the Three Stripes themselves are starting to take note as they usher in the baffling Superstar Platform.

By far the tallest the shoe has ever been, the model appropriately lets its tooling do the talking. To put it simply, the midsole has been elongated by quite a few inches, rivaling any “Platform” offering previous. In addition, the tread has been upgraded with a slight rippling, which, in tandem with the zig-zags just above, add visual intrigue to what would have been a bare surface. As far as the upper is concerned, not much has been changed; instead, it maintains the Superstar’s classic look in a Triple Black colorway.

Enjoy a close-up look at the pair below and sit tight for its upcoming adidas.com release.

In other news, official images of the Air Jordan 11 Cool Grey are here.

The adidas Superstar Platform Is The Tallest We’ve Ever Seen The Classic
Color: 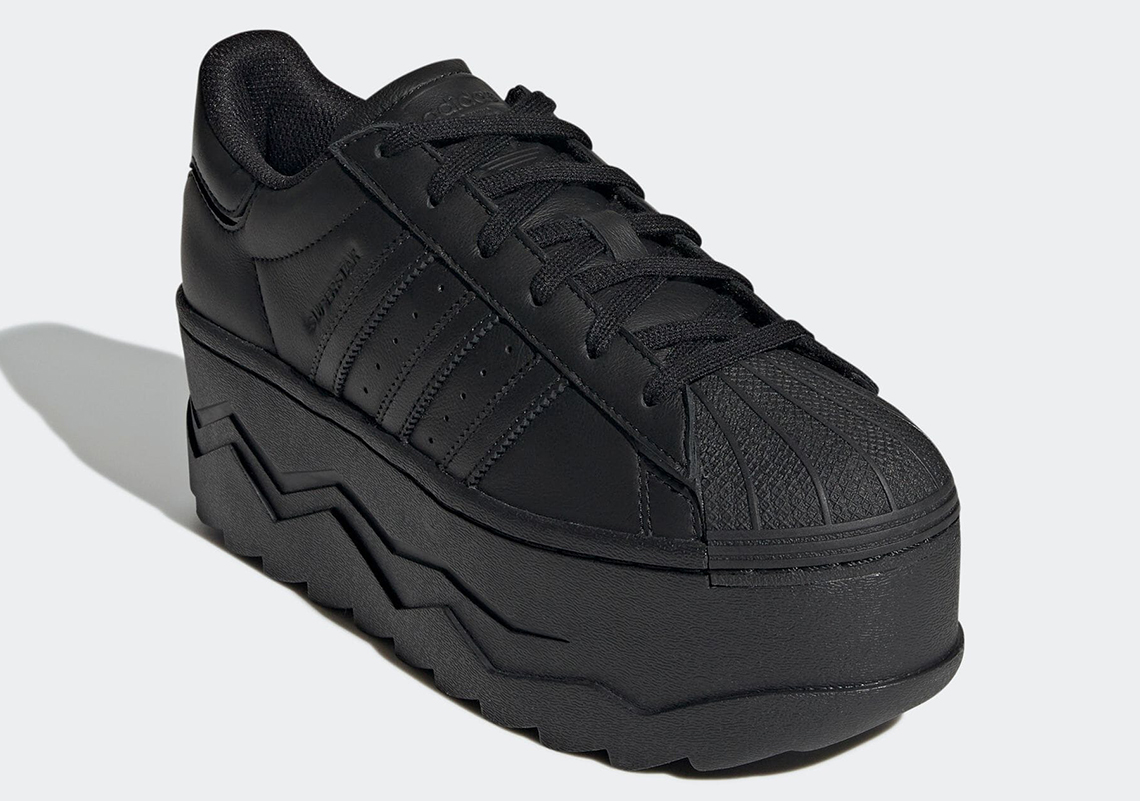 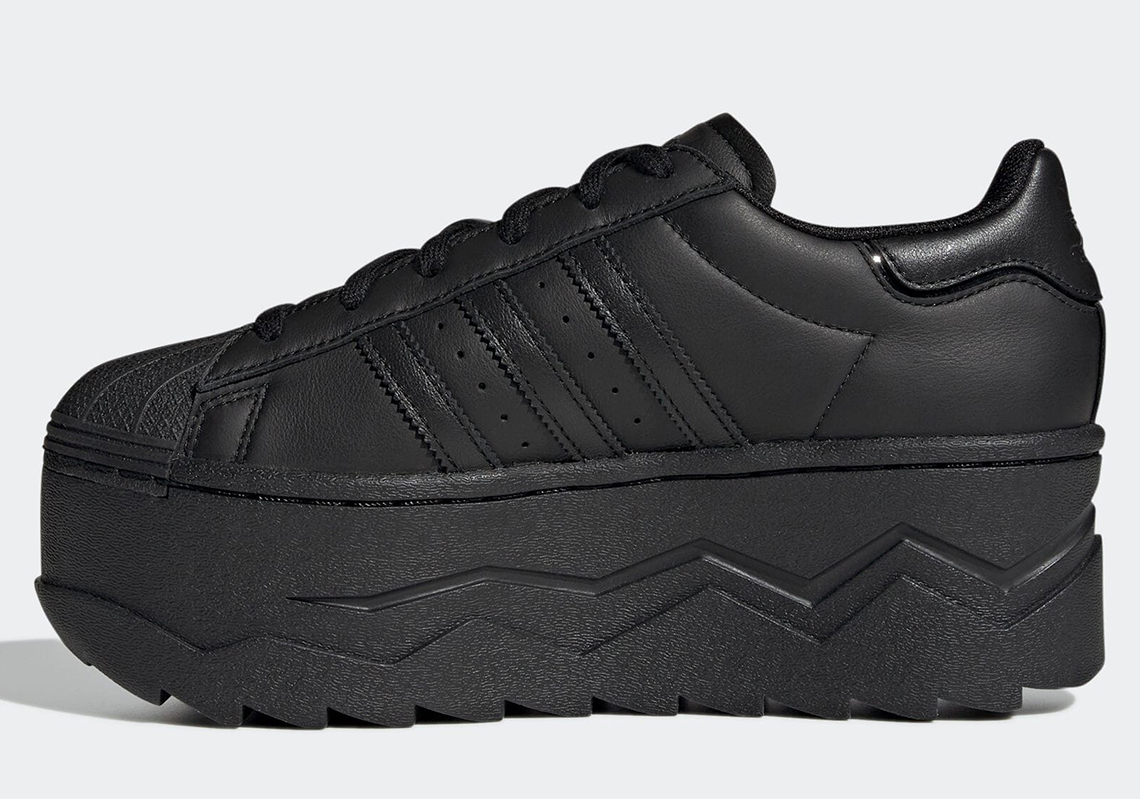 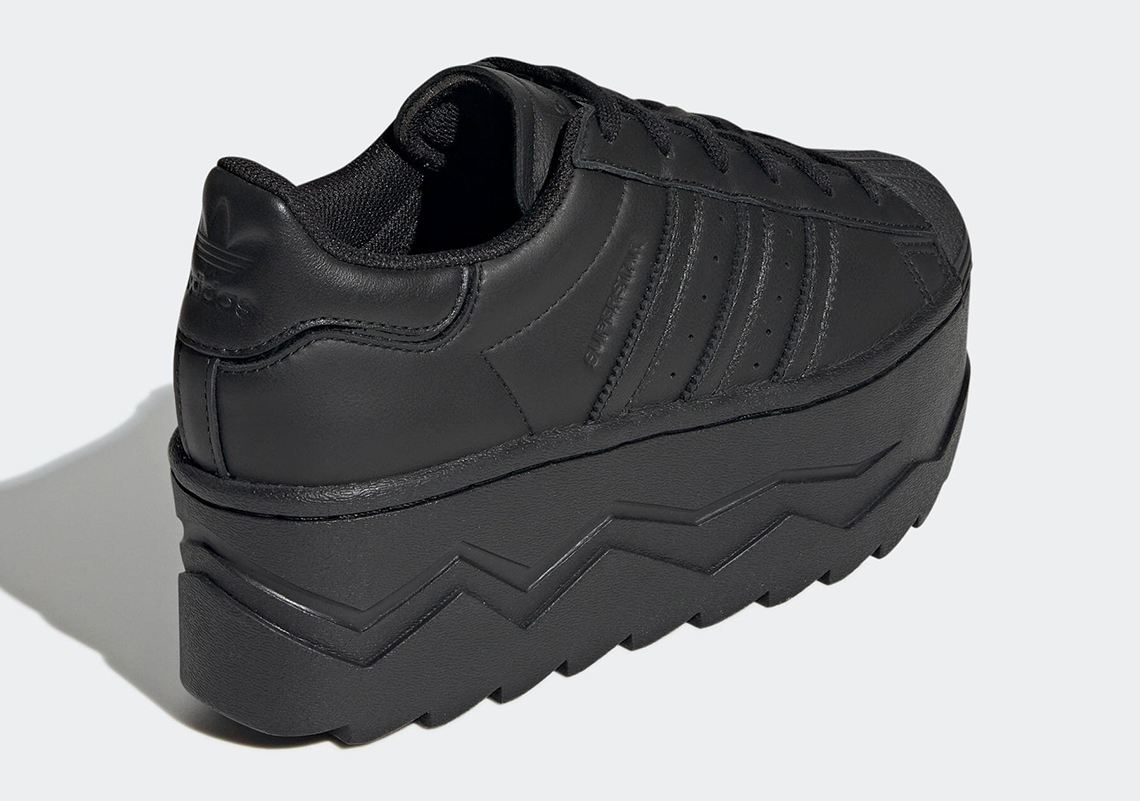 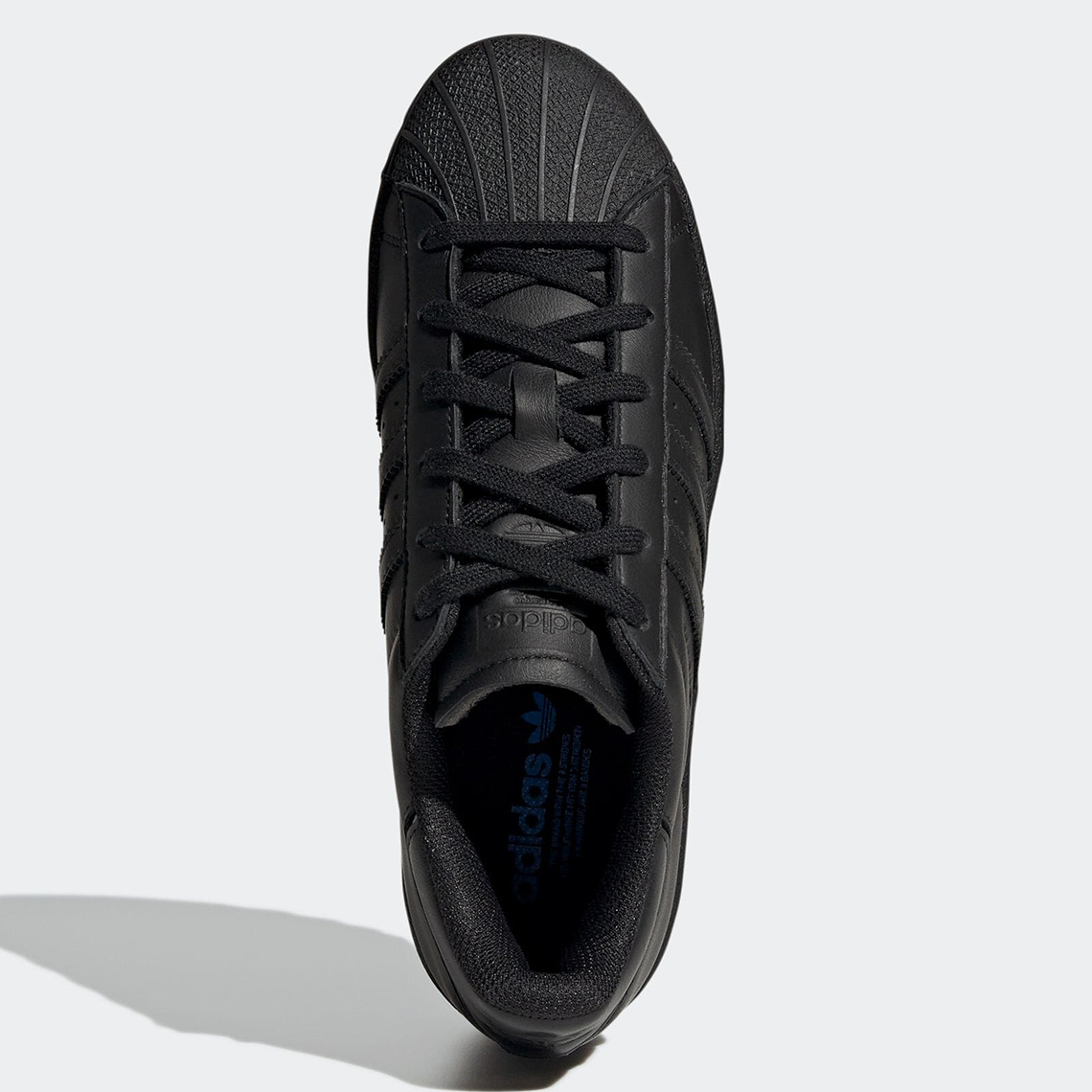 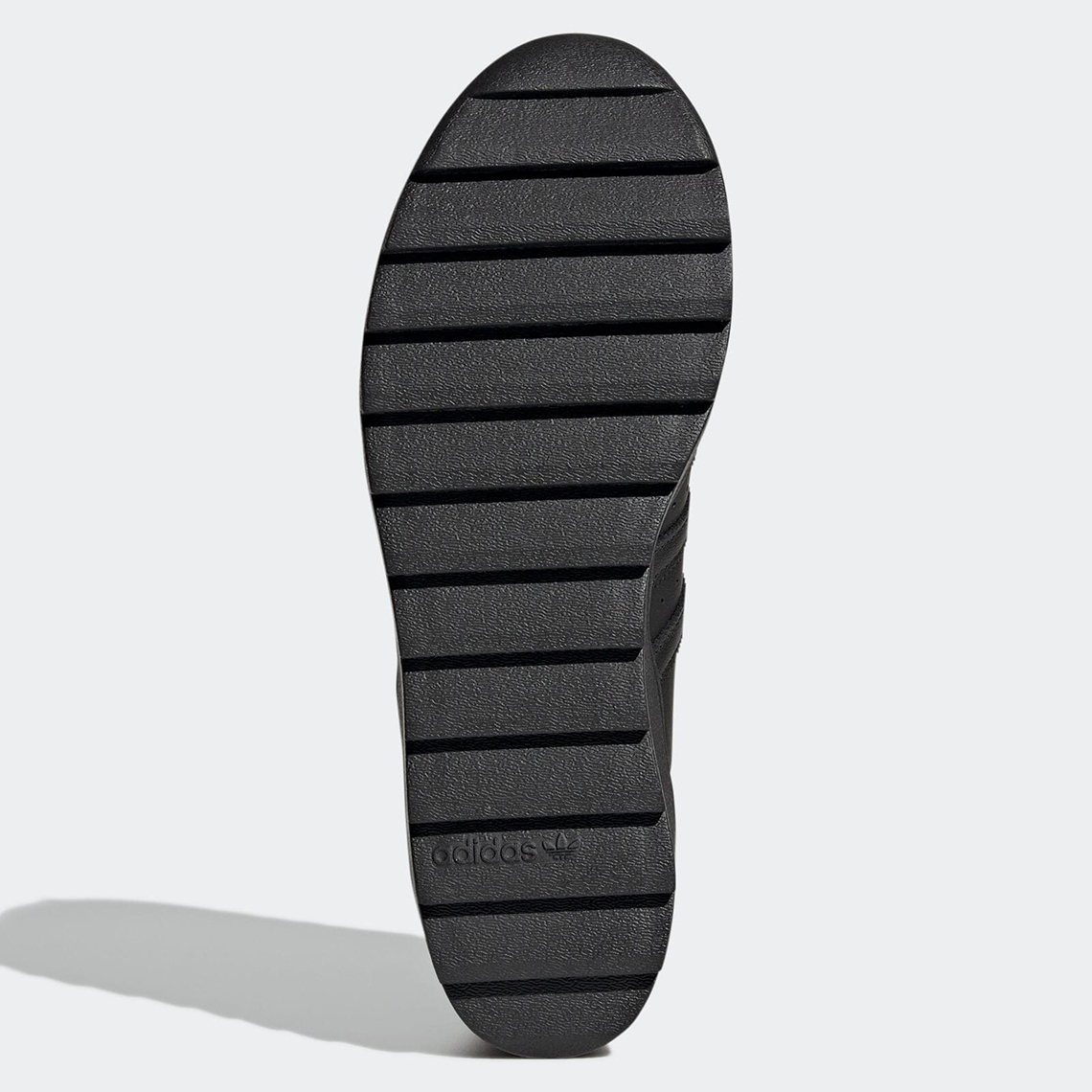 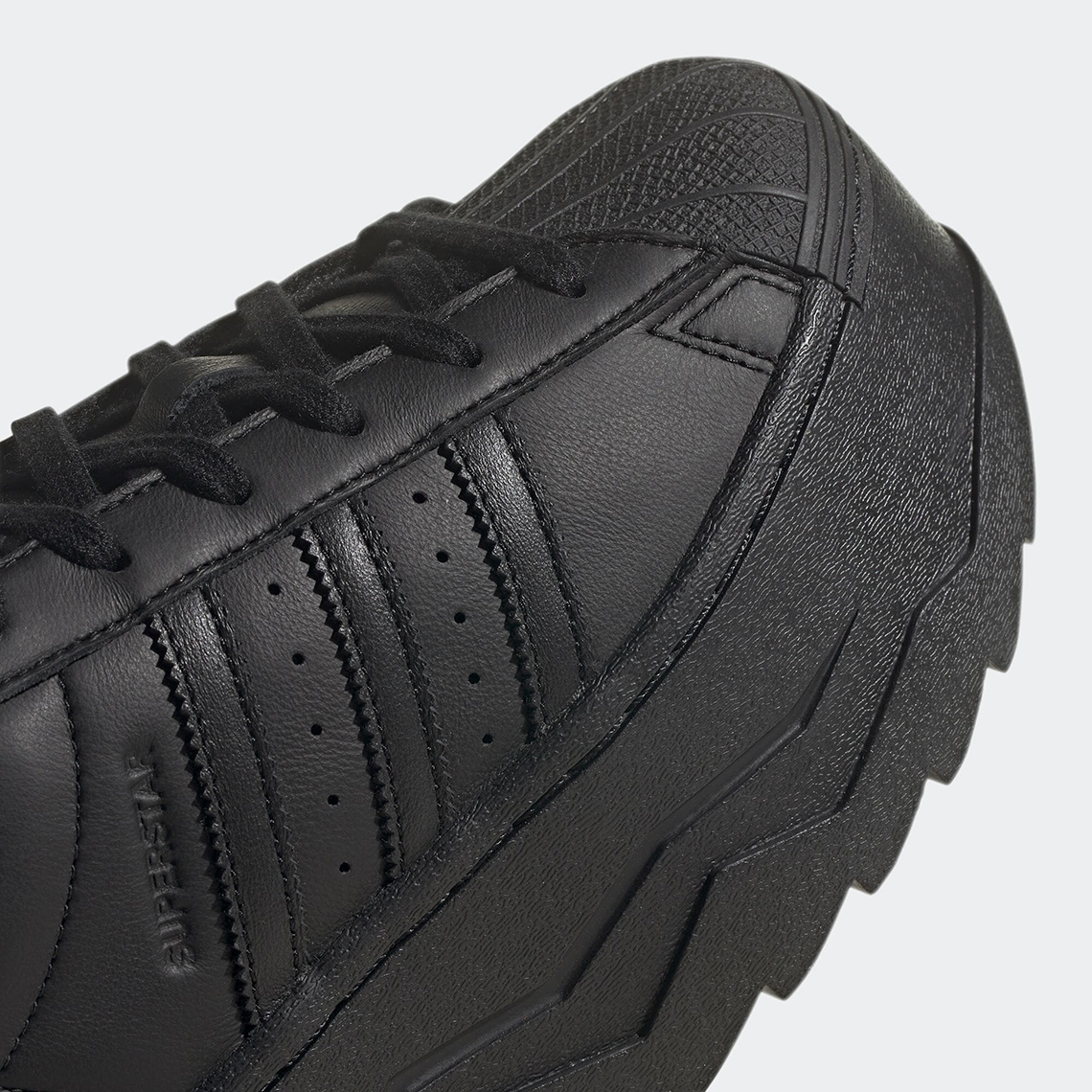 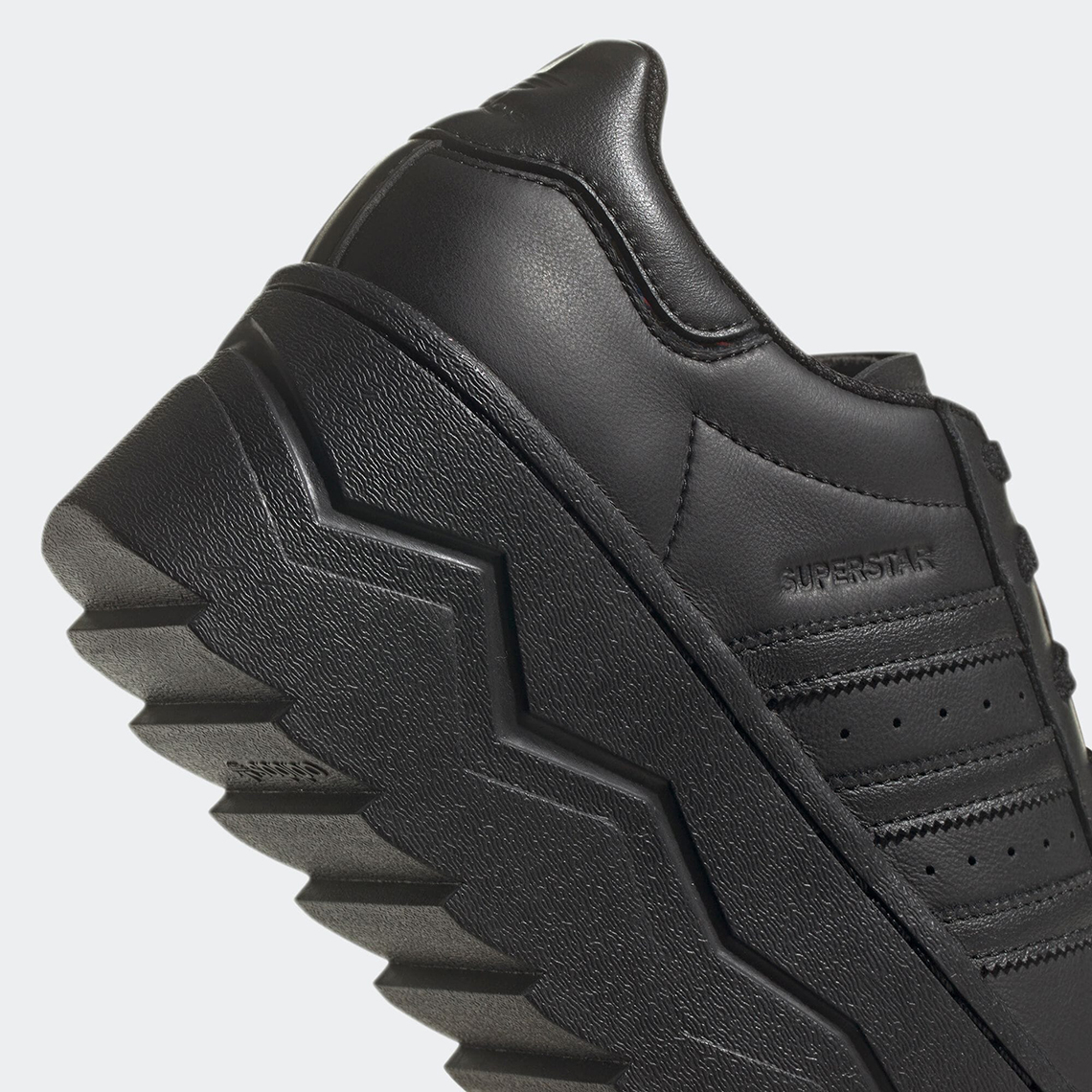