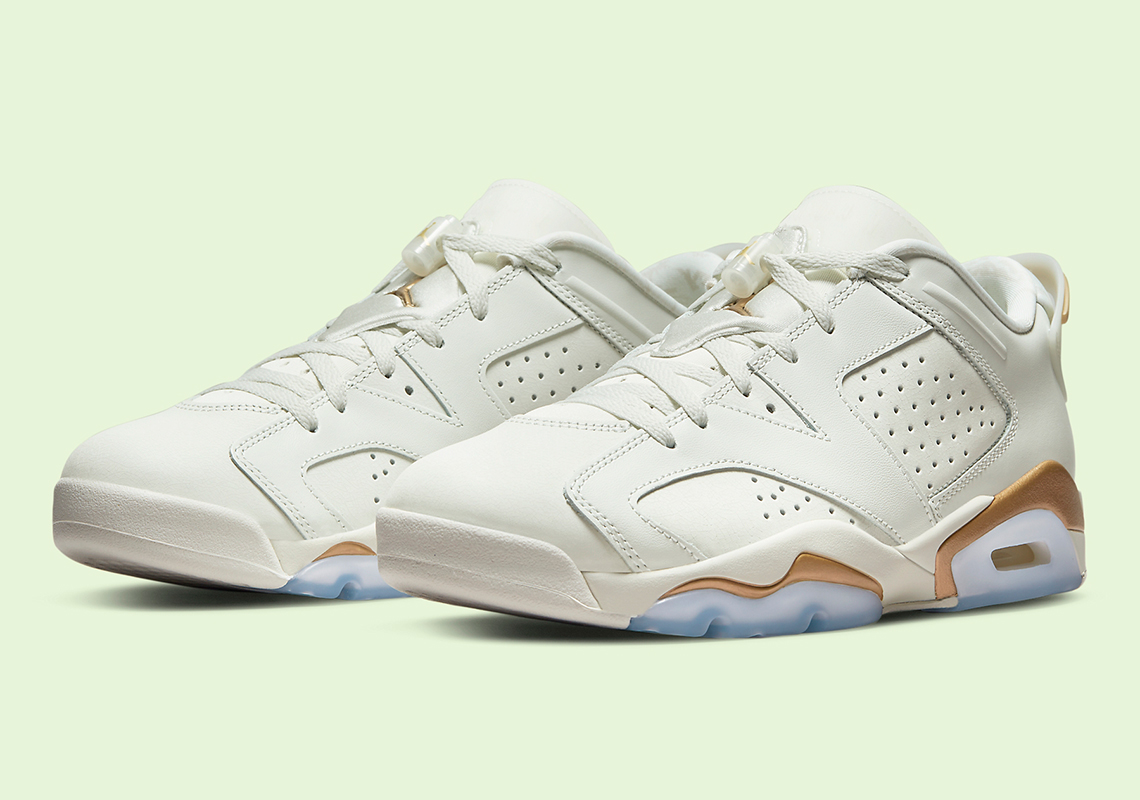 Looking ahead to the predicted Nike, Inc. prepared footwear themed around Chinese New Year and Year Of The Tiger, we’ve received a first look at what Jordan Brand has in place for the annual celebratory collection. The Air Jordan 6 Low emerges in a Spruce Aura/Metallic Gold colorway, with a monochromatic application of the soft hue on the upper and DMP-style gilding of the midsole, outsole Jumpman, and lace-shroud. Opaque rubber is featured on the shortened tongue a spoiler-inspired heel pull-tabs, while the Jumpman logo at the heel is encircled in matching gold.

A closer look at the interior lining reveals a pattern that can be described as a marbling – possibly tiger camouflage to link with the Year Of The Tiger festivities. Special packaging is likely expected for this Jordan 6 Low and the rest of the Chinese New Year footwear collection, and we expect some first looks to trickle down upon us as we near the end of 2021.

Let’s not get too ahead of ourselves, though; we still have the Cool Grey 11s releasing on December 11th and the Jordan 1 Archaeo Brown on December 18th. 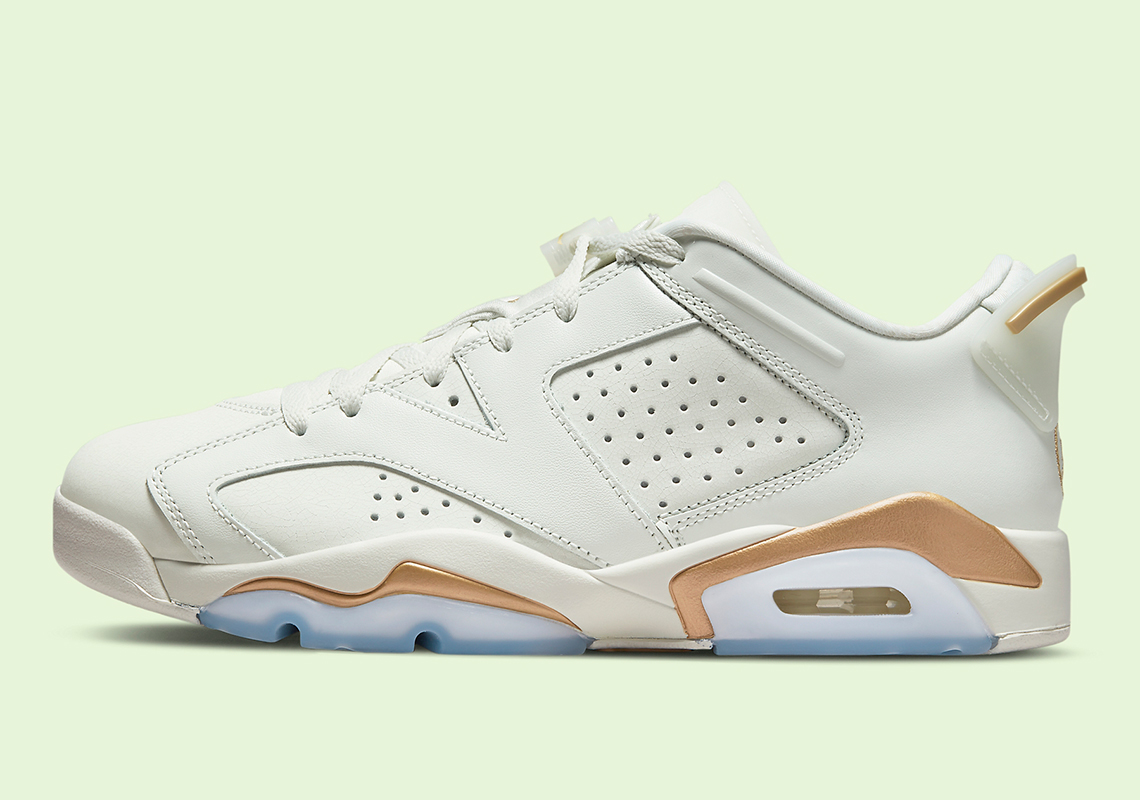 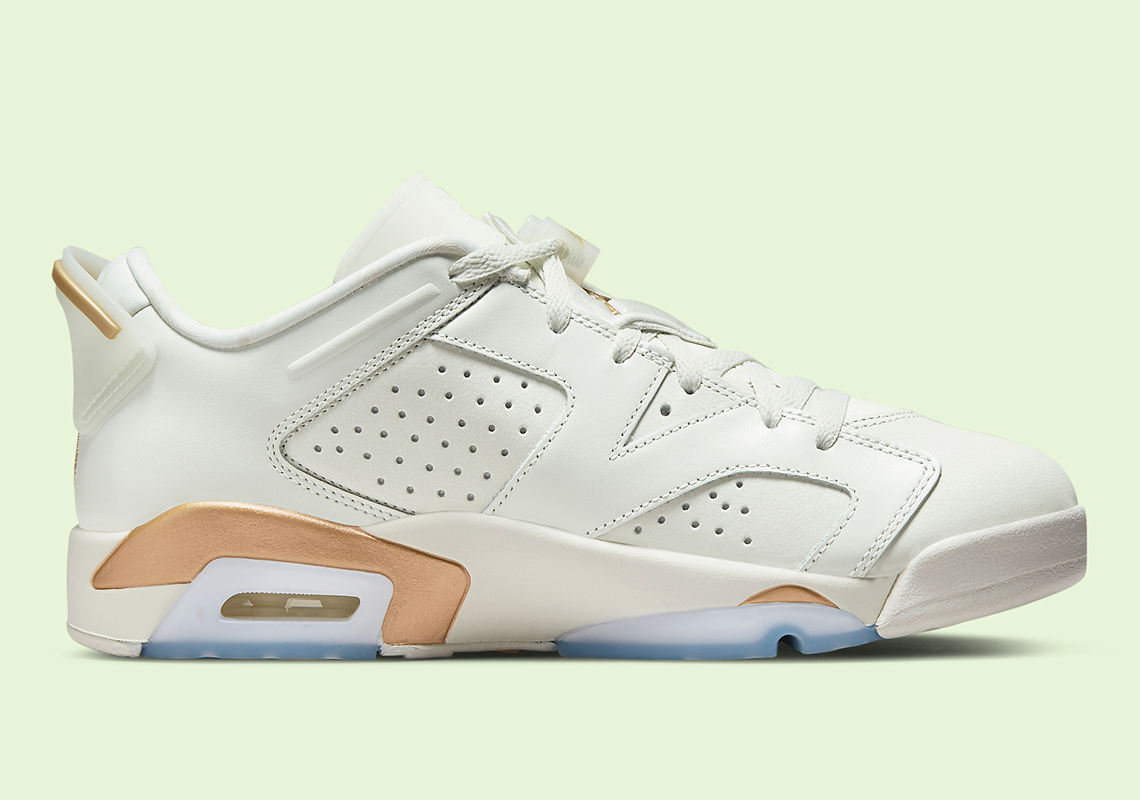 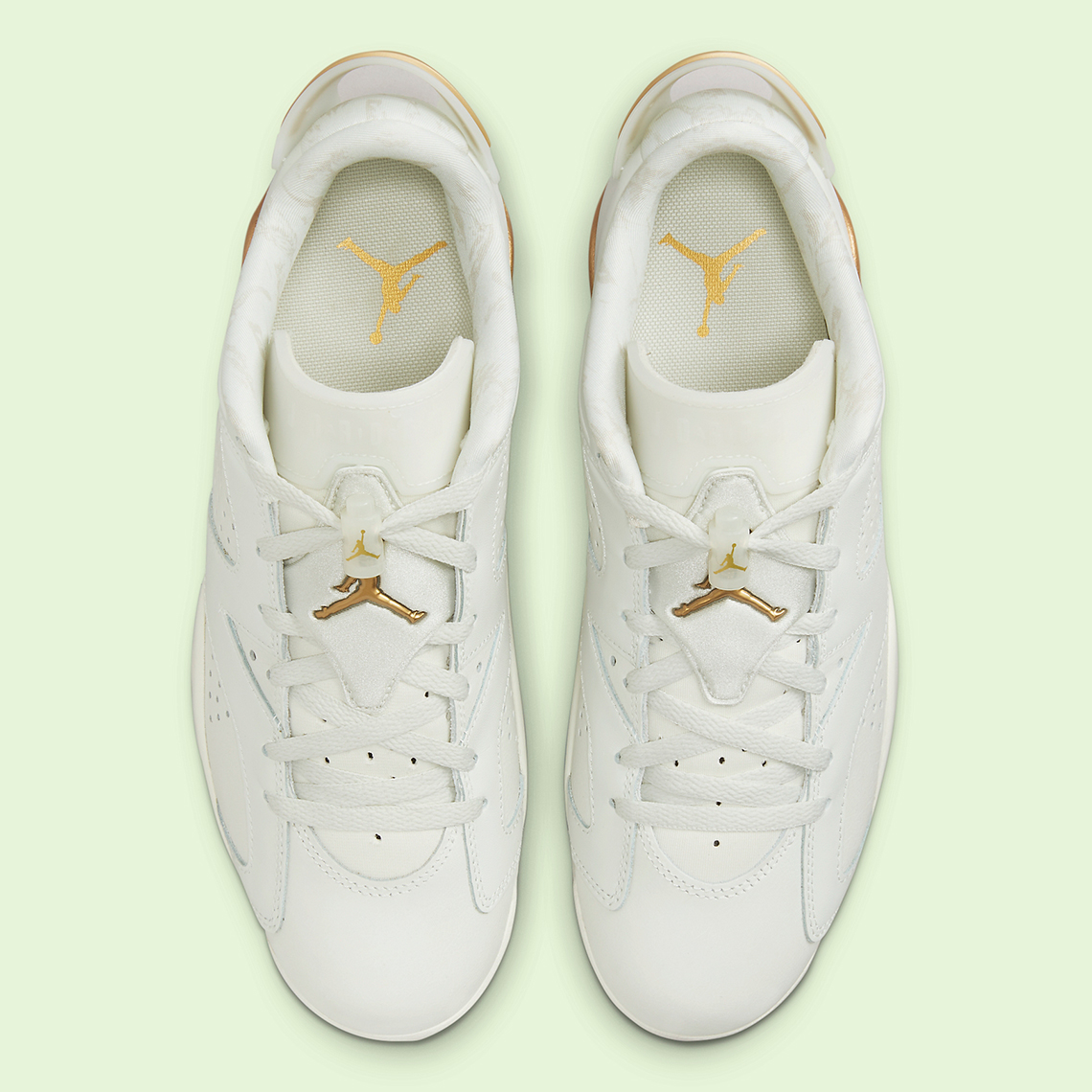 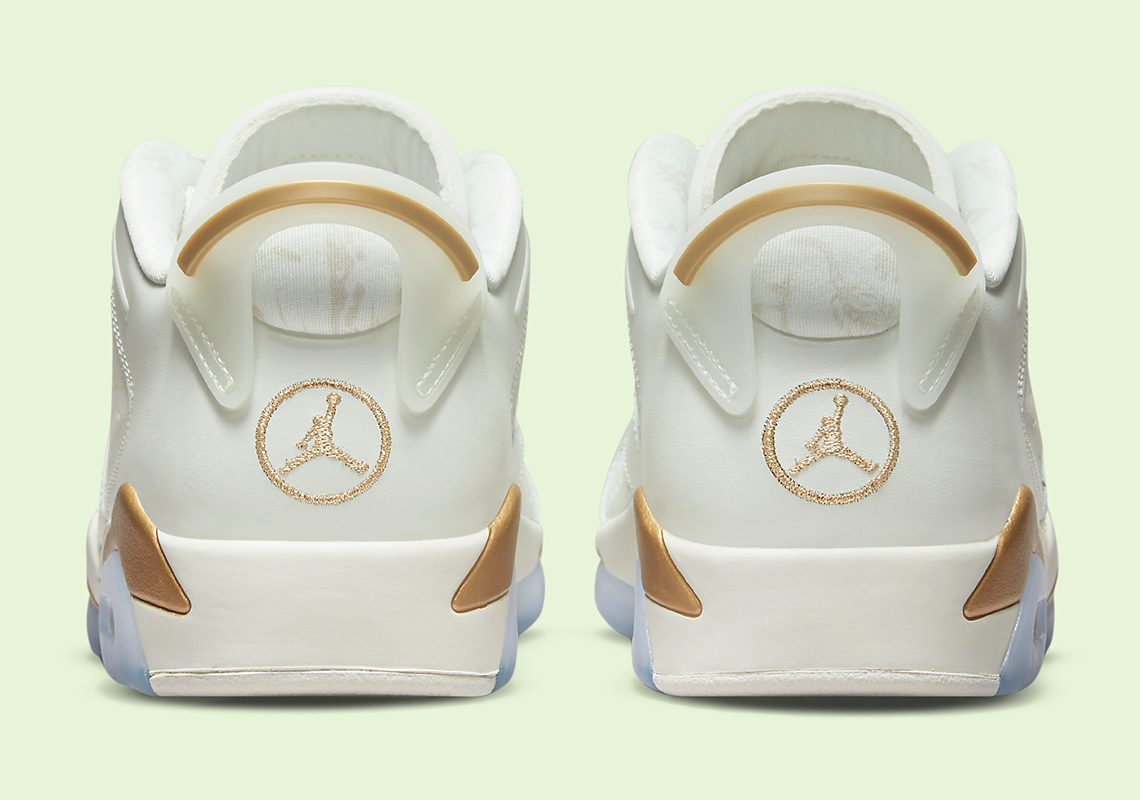 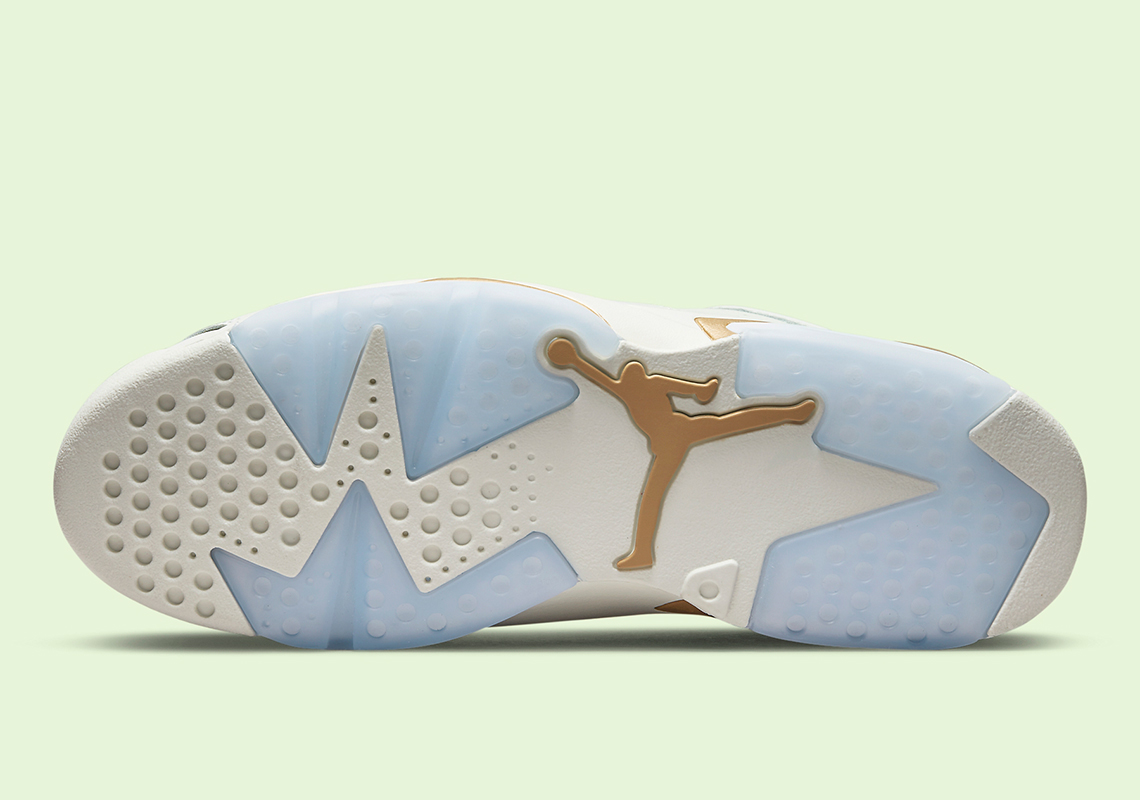 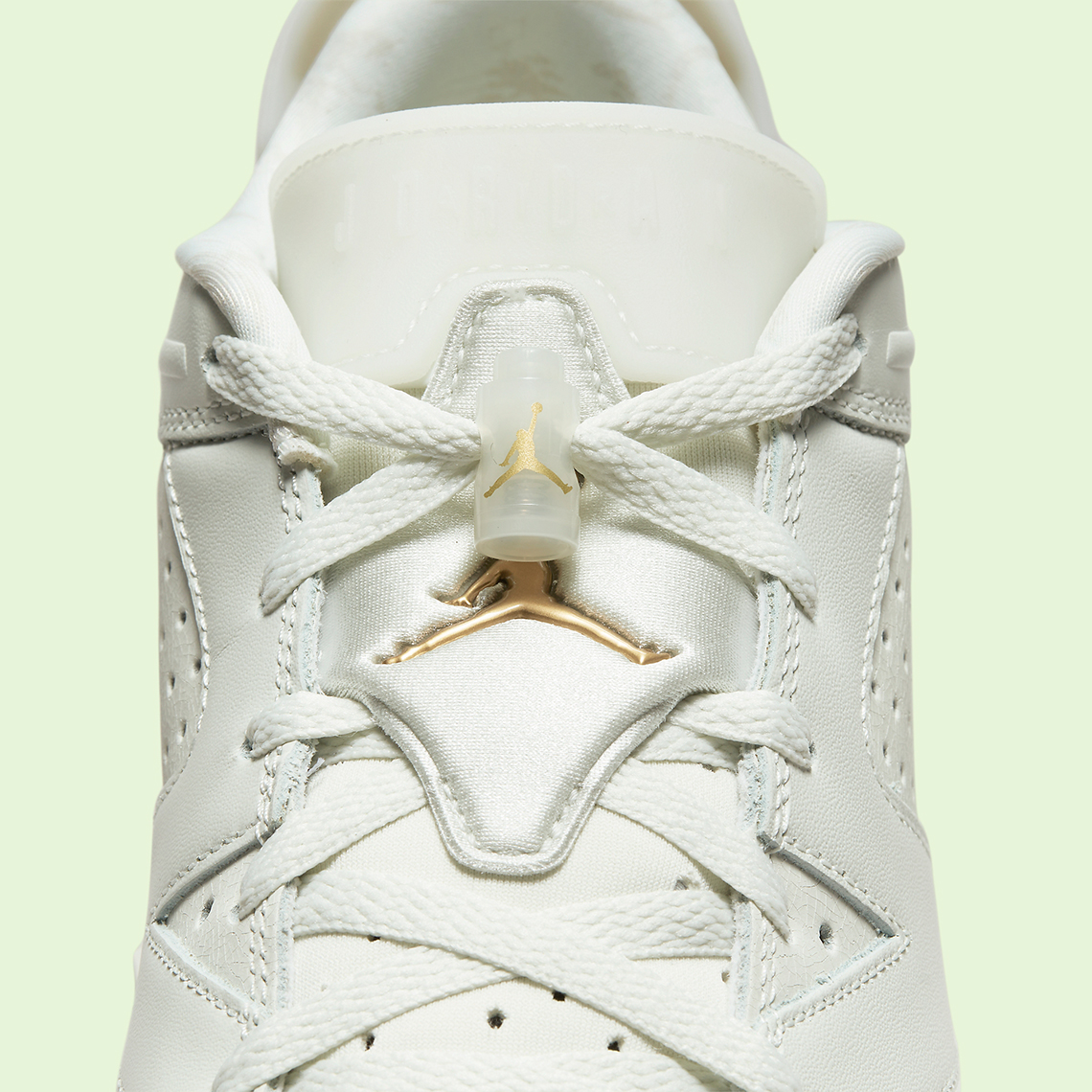 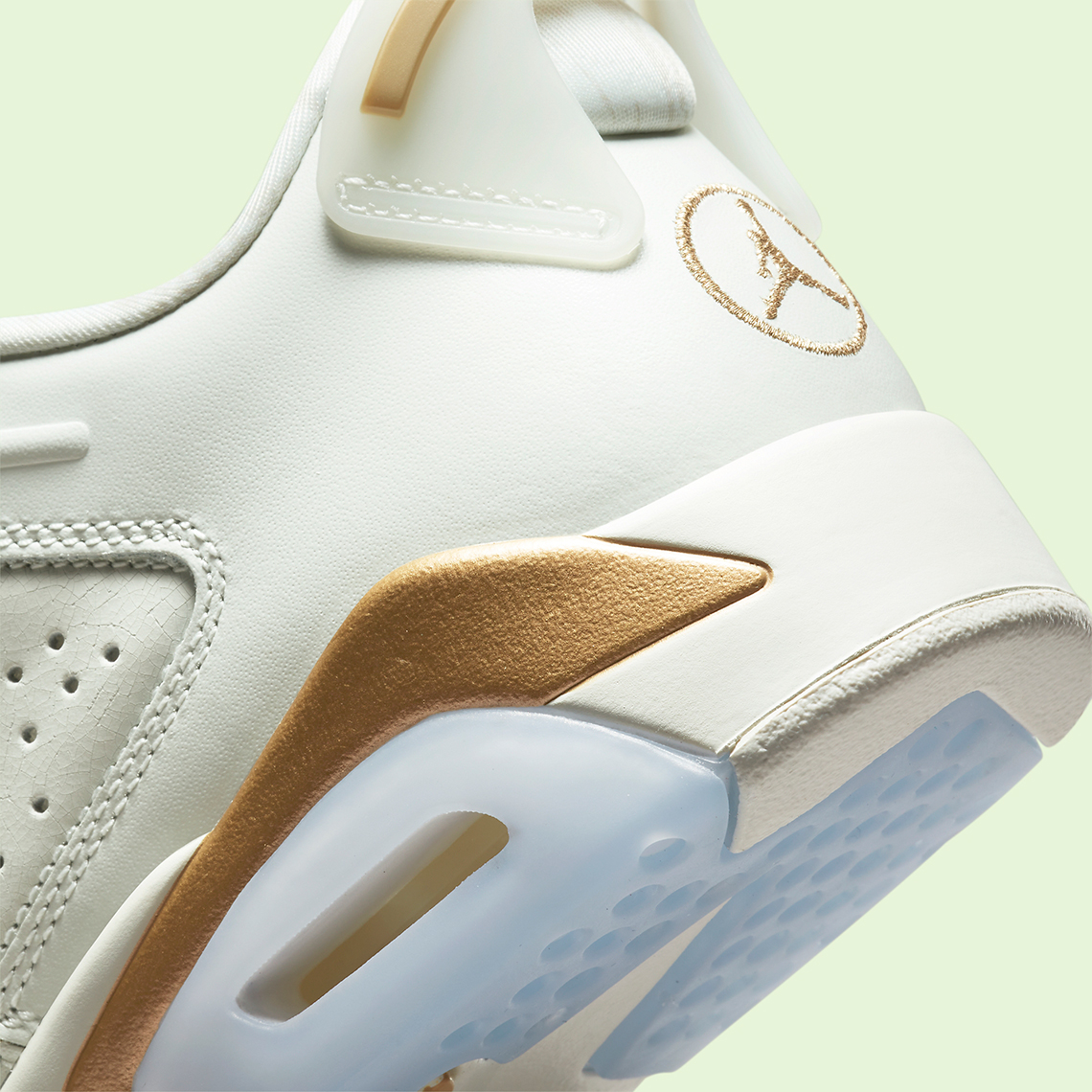 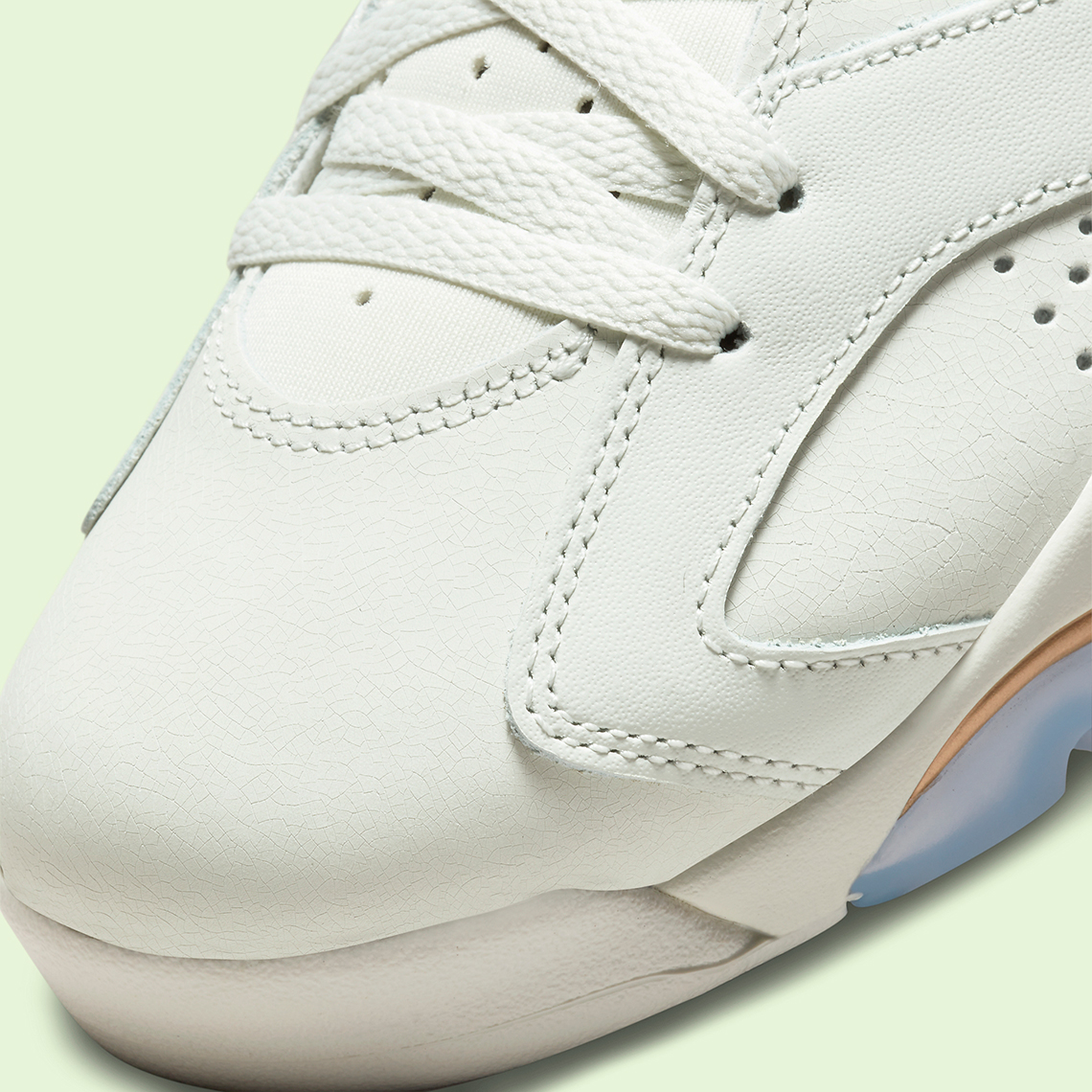 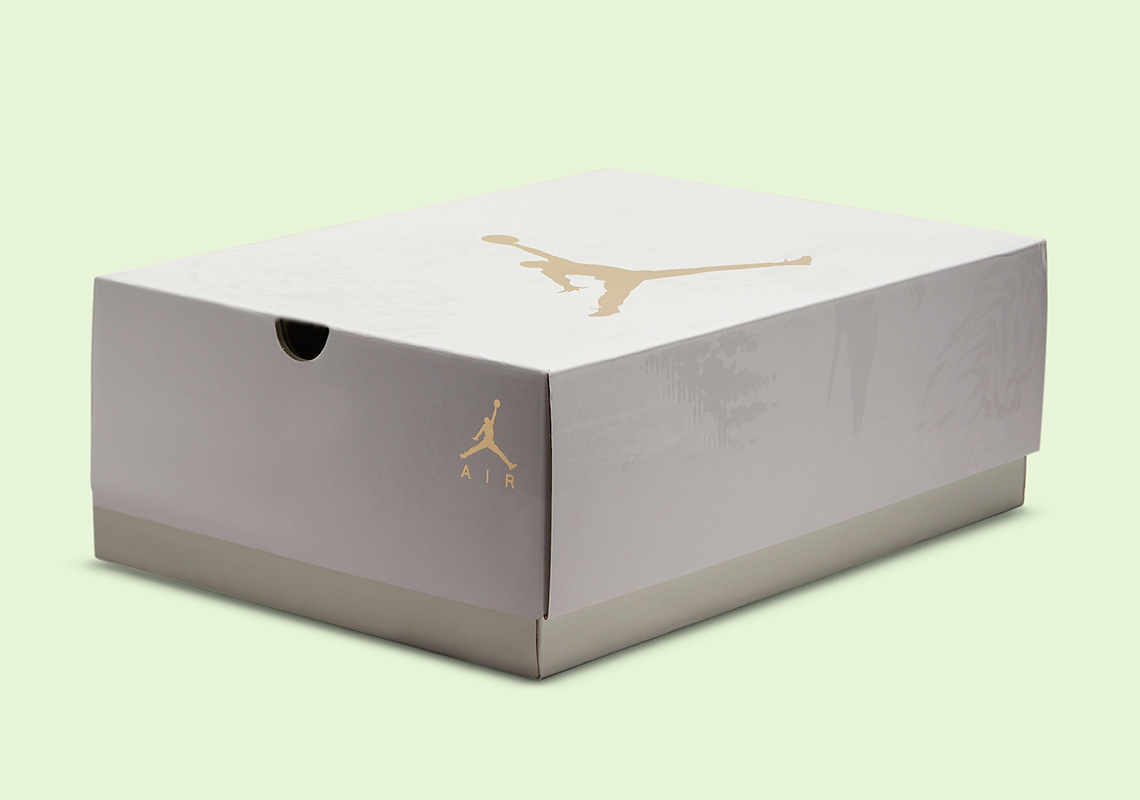 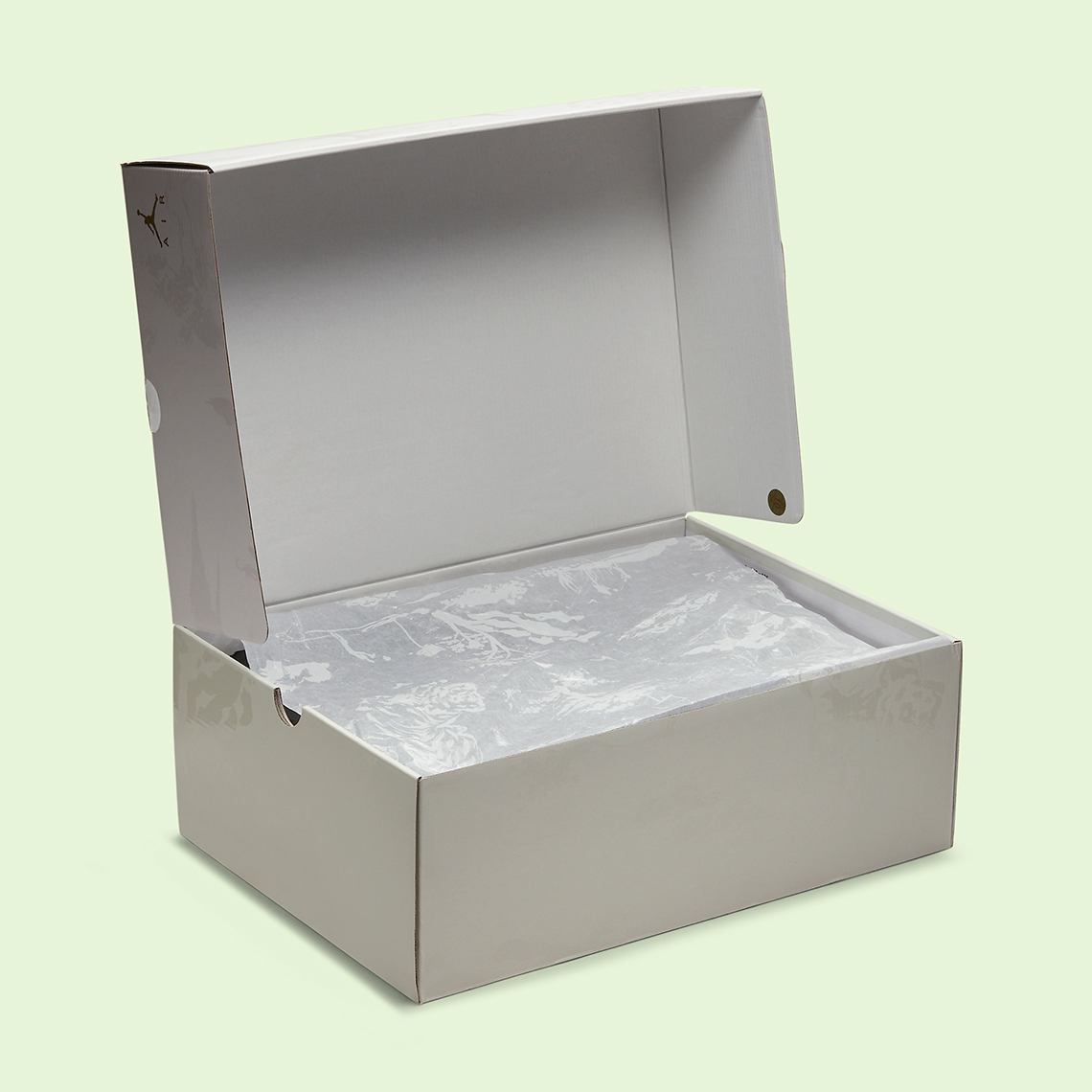