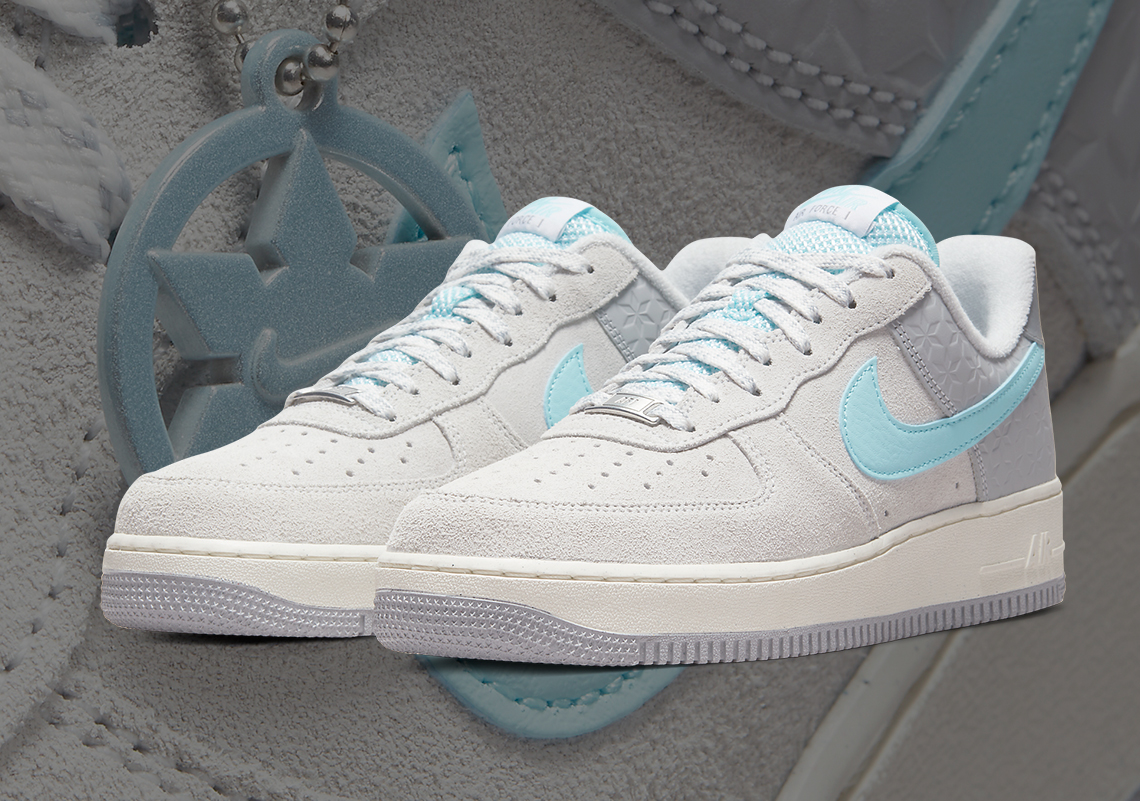 A Snowflake Falls Onto The Nike Air Force 1 Low

As snow begins to cover countless corners of the world, NIKE, Inc. has begun revealing footwear inspired by the “winter wonderland” depicted in films and addressed in songs consumed around this time of year. For its latest proposition, the North American conglomerate has outfitted the iconic Nike Air Force 1 Low in hits of ice blue and with a snowflake hangtag.

Akin to a previously-surfaced Air Max 90, the latest take on Bruce Kilgore’s 40-year-old design indulges in a predominantly greyscale arrangement that allows for the handful of snowflake-inspired details to revel in the spotlight. Suede and leather make up the bulk of the sneaker’s upper, with the latter material’s appearance around the heel donning a debossed snowflake pattern. Profile swooshes, mesh tongues and branding on the upper heel panel deviate from their surroundings in a rich light blue tone that directly nods to the Air Force 1‘s cold weather-muse. Sole units proffer a compelling off-white and grey combination reminiscent of vintage pairs of the Nike Sportswear staple, while the aforementioned hangtag propel the shoes into new territory.

Enjoy official images of the sneakers here below, and anticipate a Nike.com launch in the coming months.

For more from the NIKE, Inc. empire, check out all upcoming Air Jordan 3 releases. 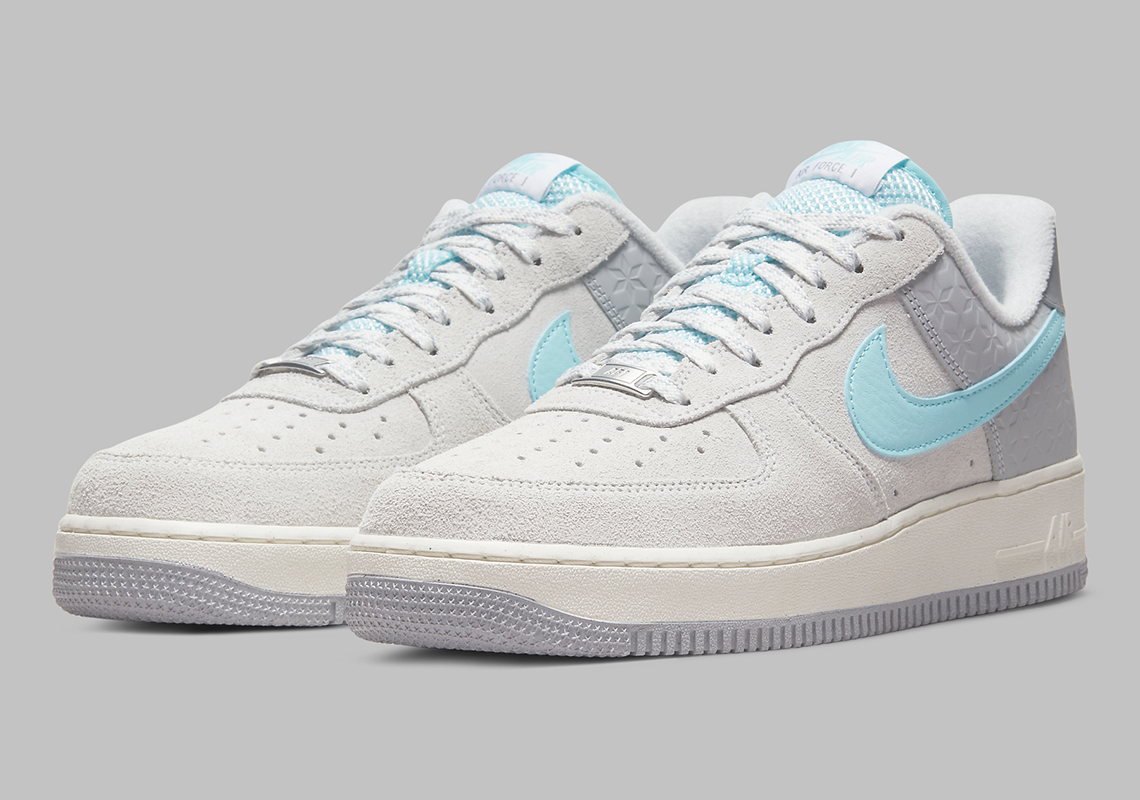 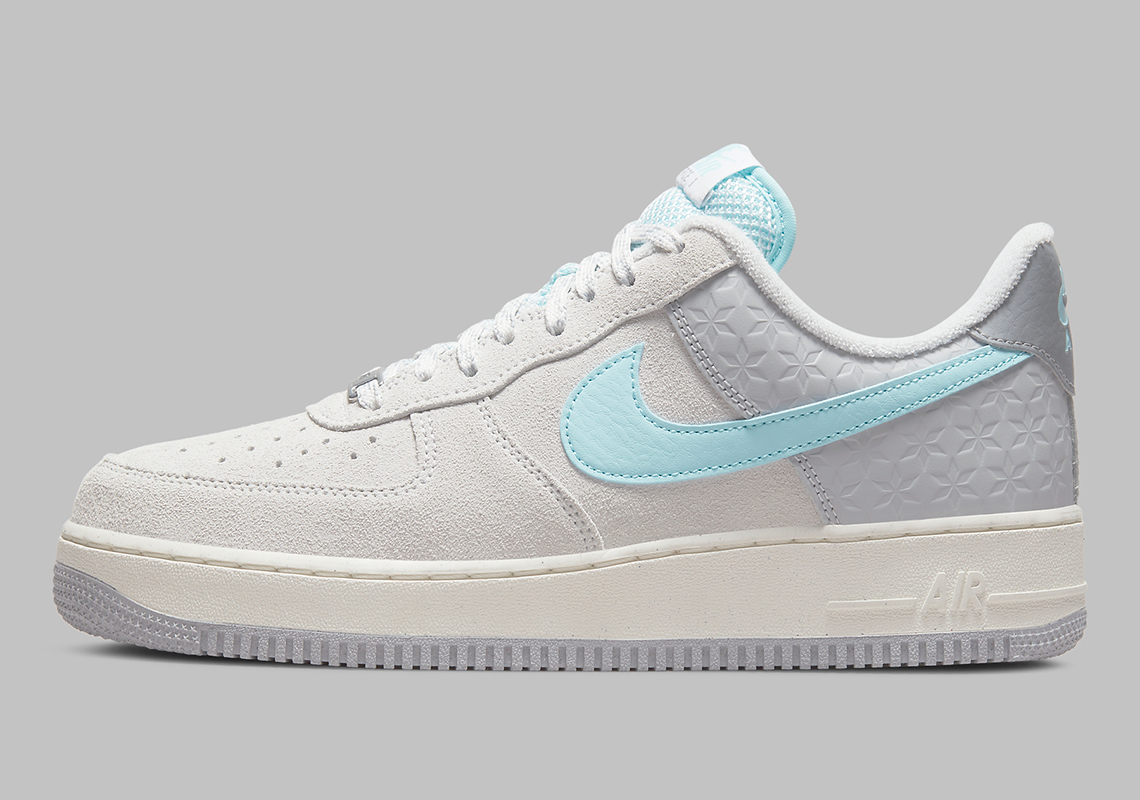 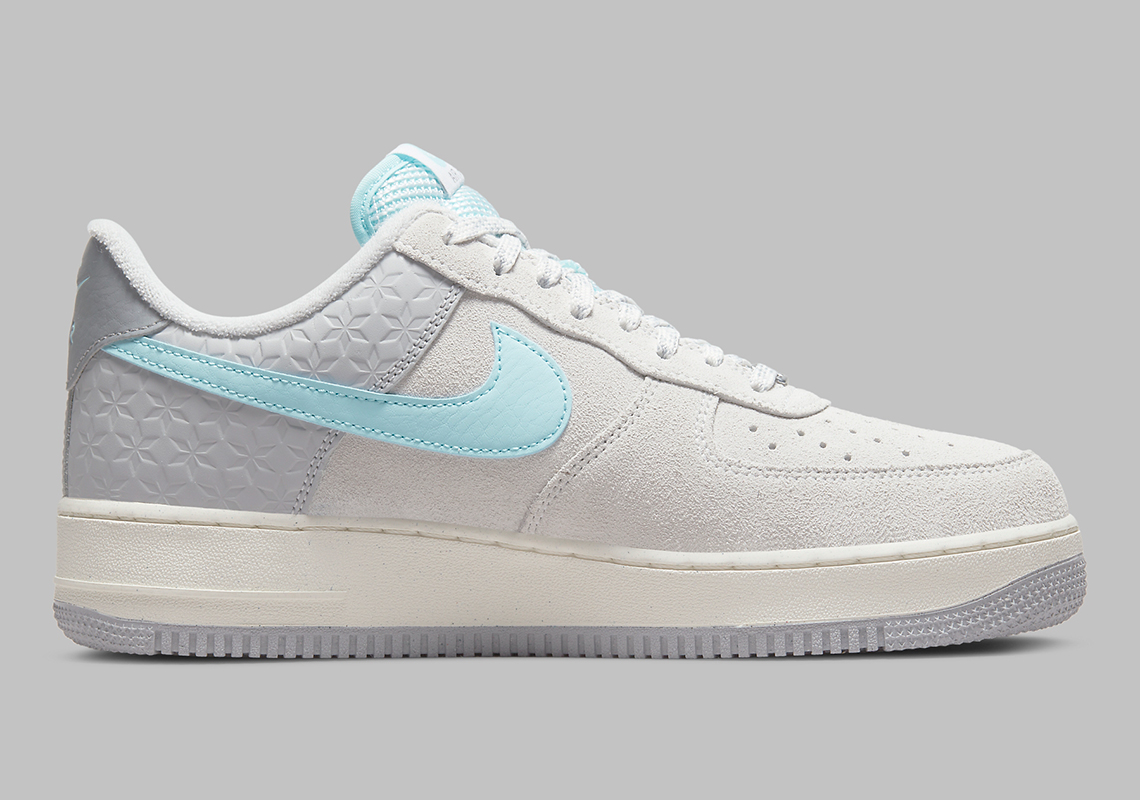 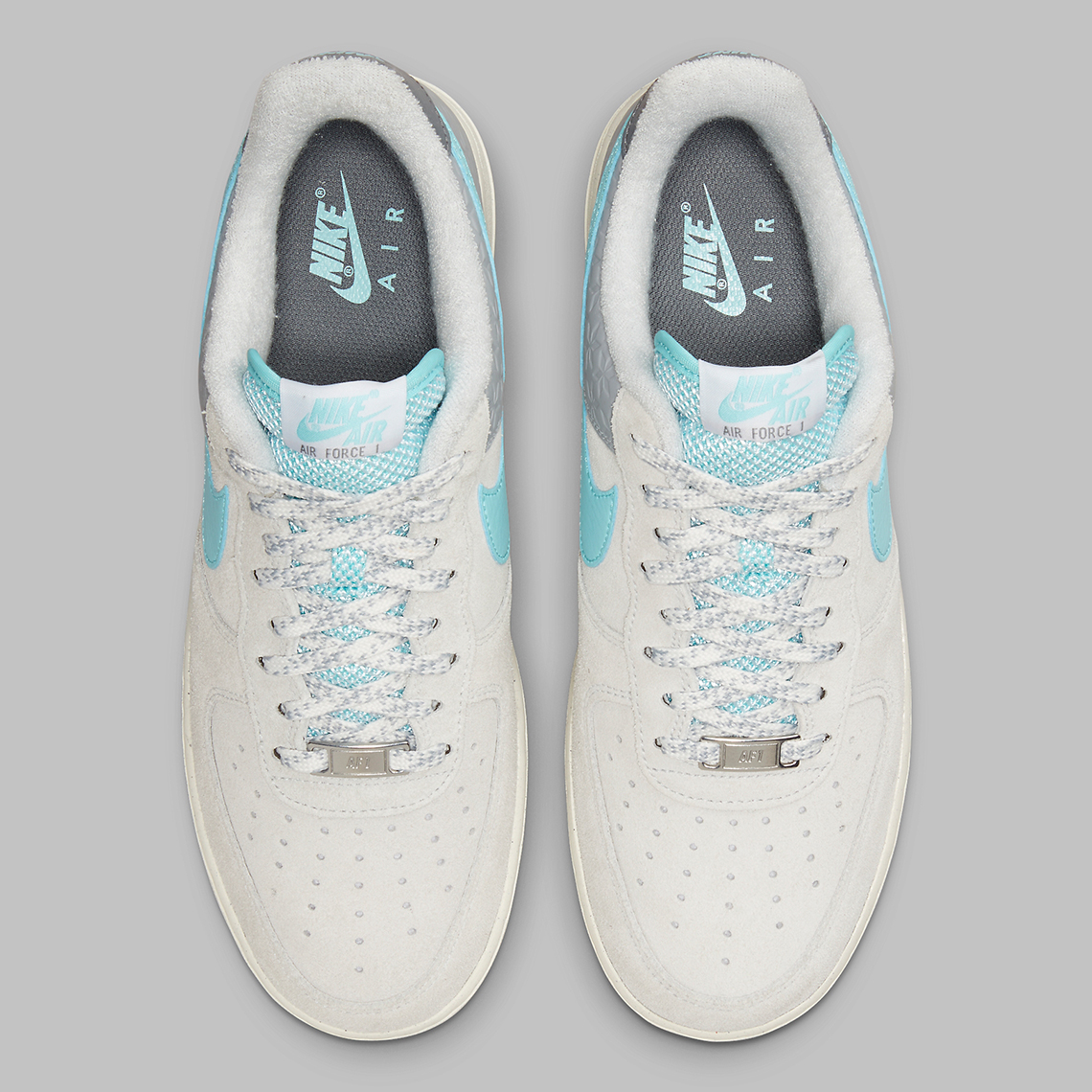 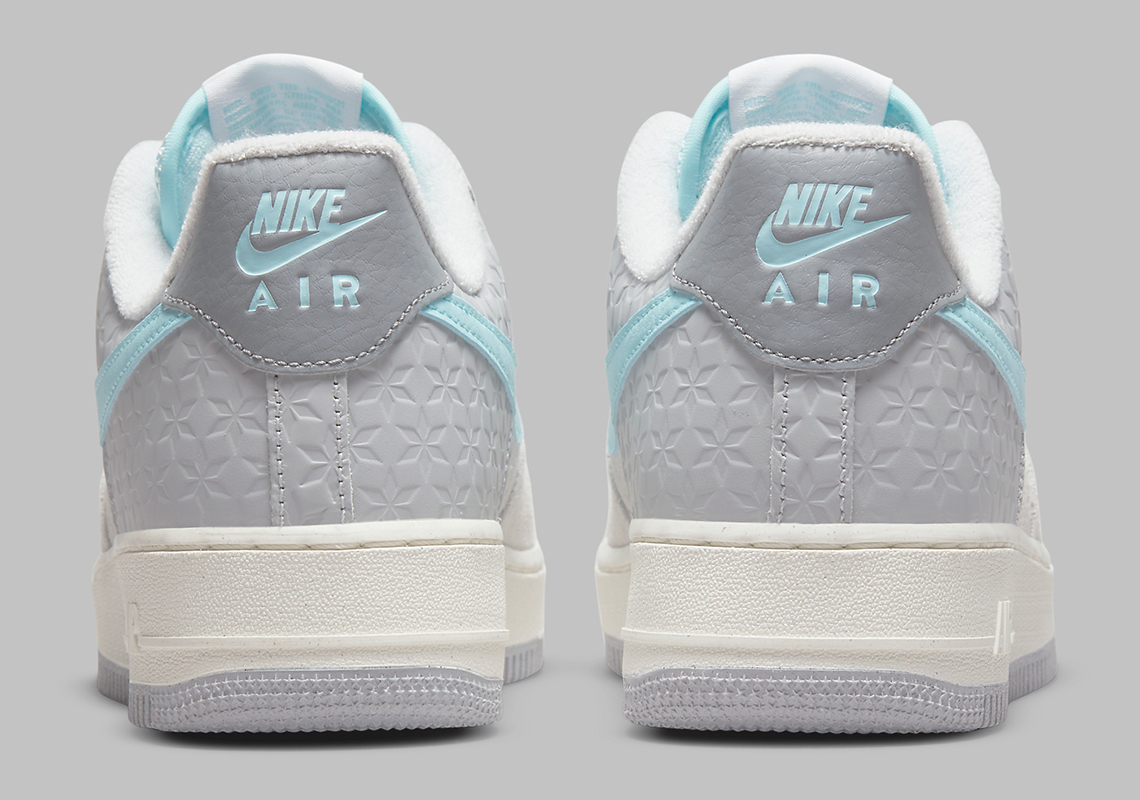 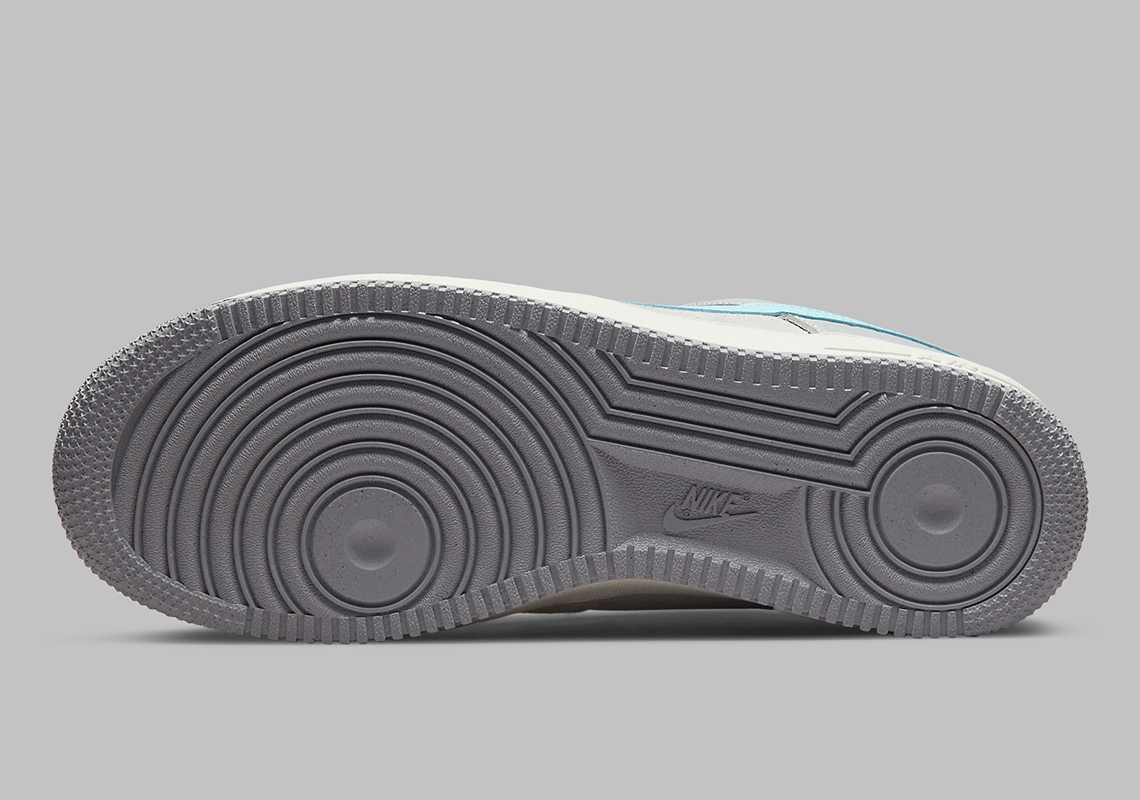 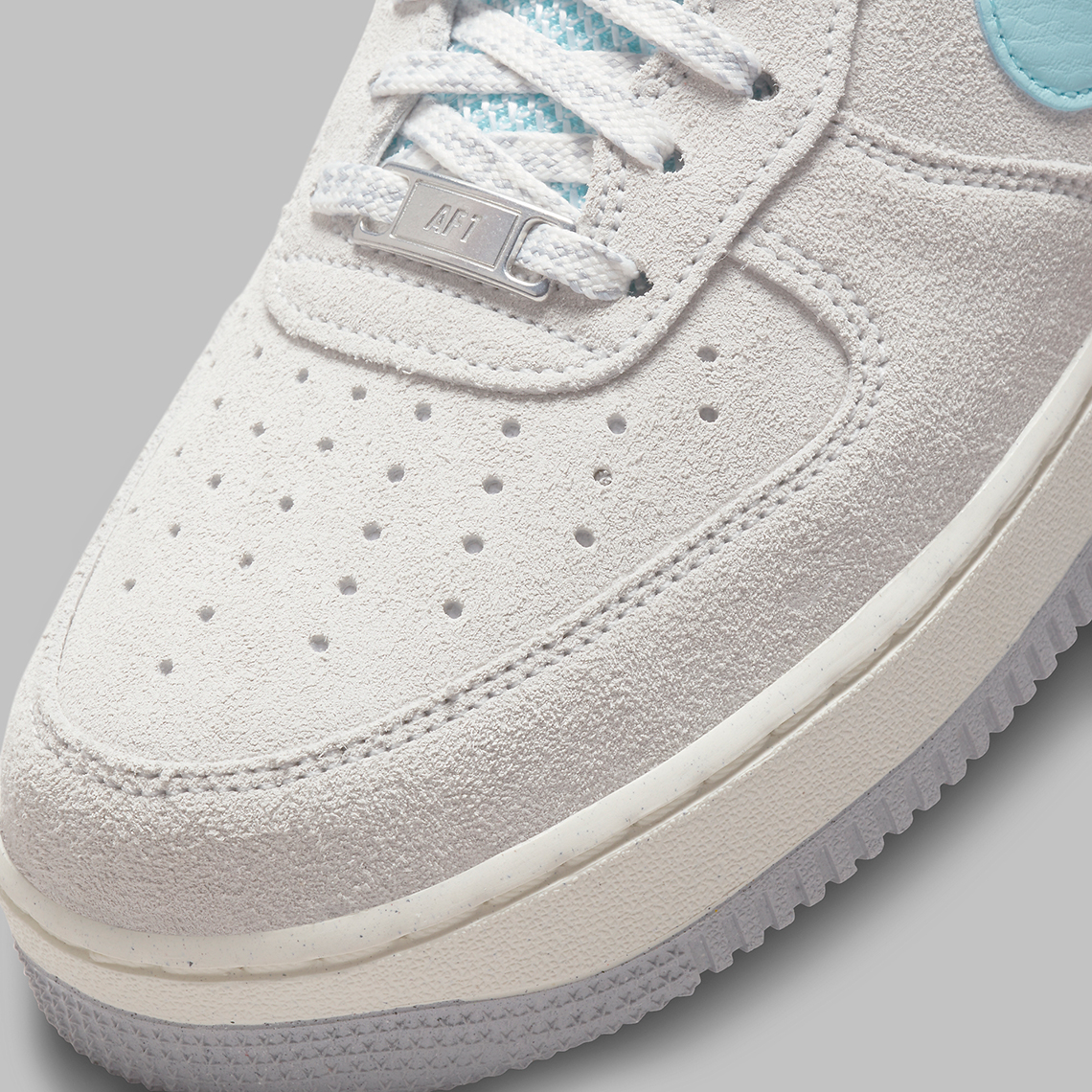 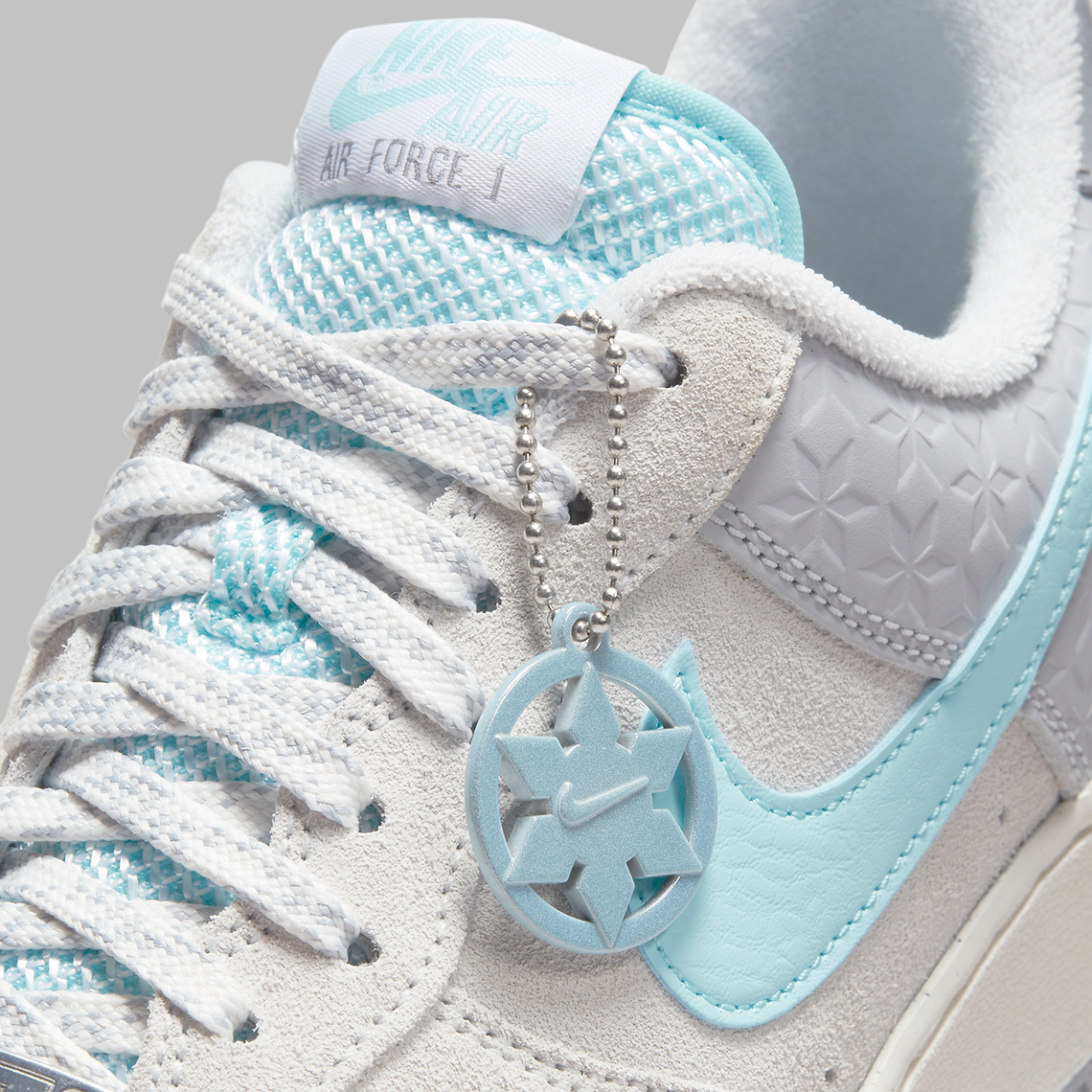 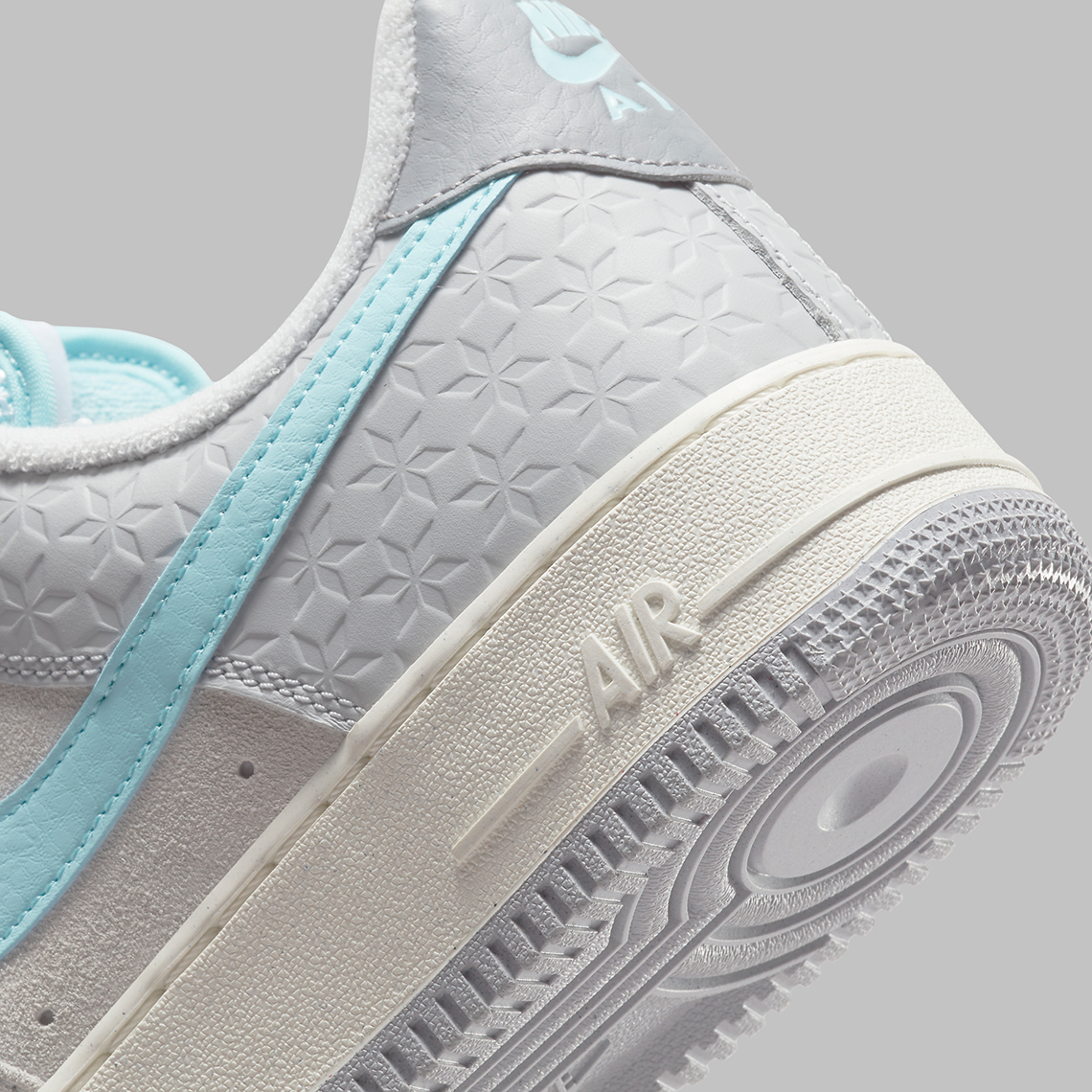