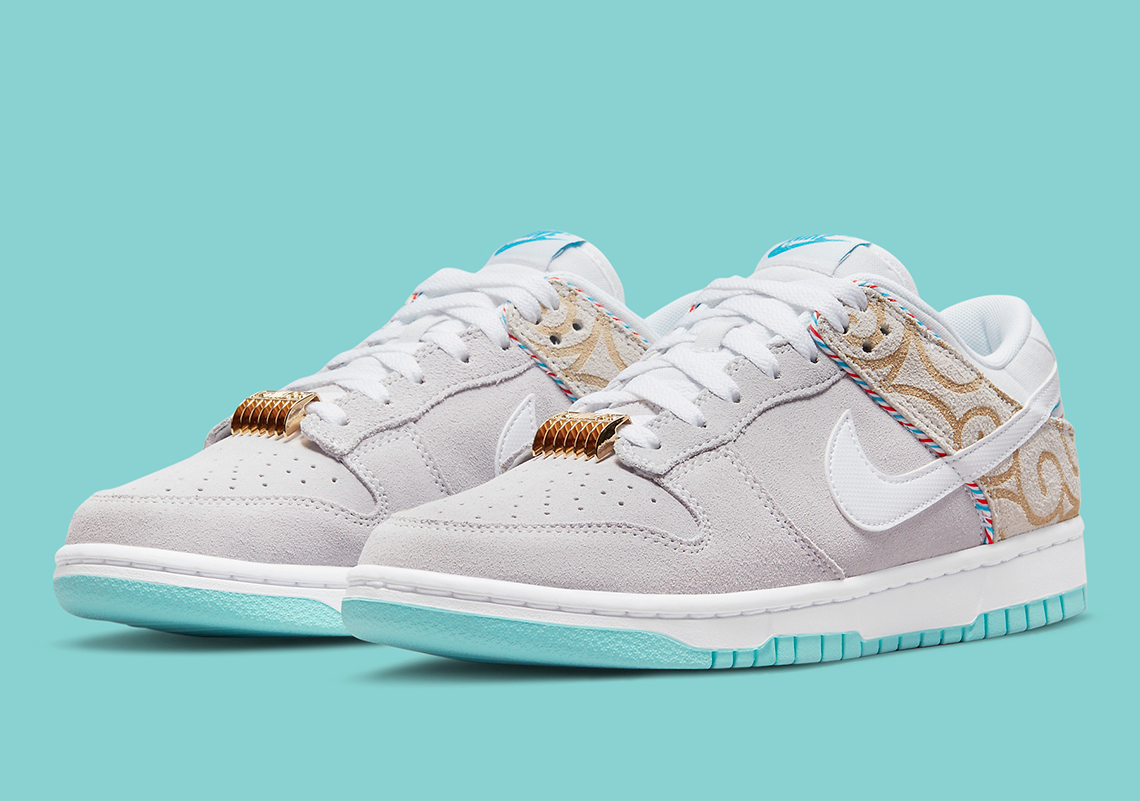 Though previously a leaked sample with no certainty of release, the Nike Dunk Low “Barber Shop” has just appeared in grey via official images, effectively confirming the colorway’s 2022 arrival. And unlike its black-colored counterpart, the pair casts a much brighter light on its nods to the trade.

These details very quickly take the helm, as the shoe’s gilding appears bold against the mostly drab backdrop. The dubrae, for starters, spotlights its clipper-reminiscent shape in metallic gold, complementing the equally loud pattern work chiseled into the suede around the heel. And along the edge of this panel, red, white, and blue piping pays homage to the iconic barber’s pole. Elsewhere, the latter trio’s cool tone appears twice along the tread and tongue label, while the rest of the construction leans on neutrals.

For a closer look, check out the official images below. These are likely to release through Nike SNKRS and select retailers within the coming months.

In other news, have you seen the Nike Air Trainer 1 SP Honeydew? 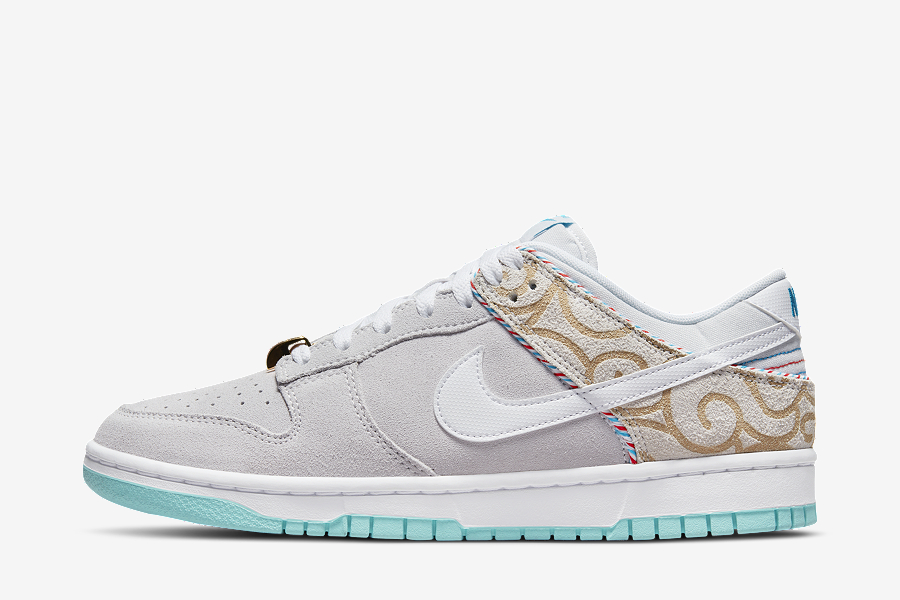 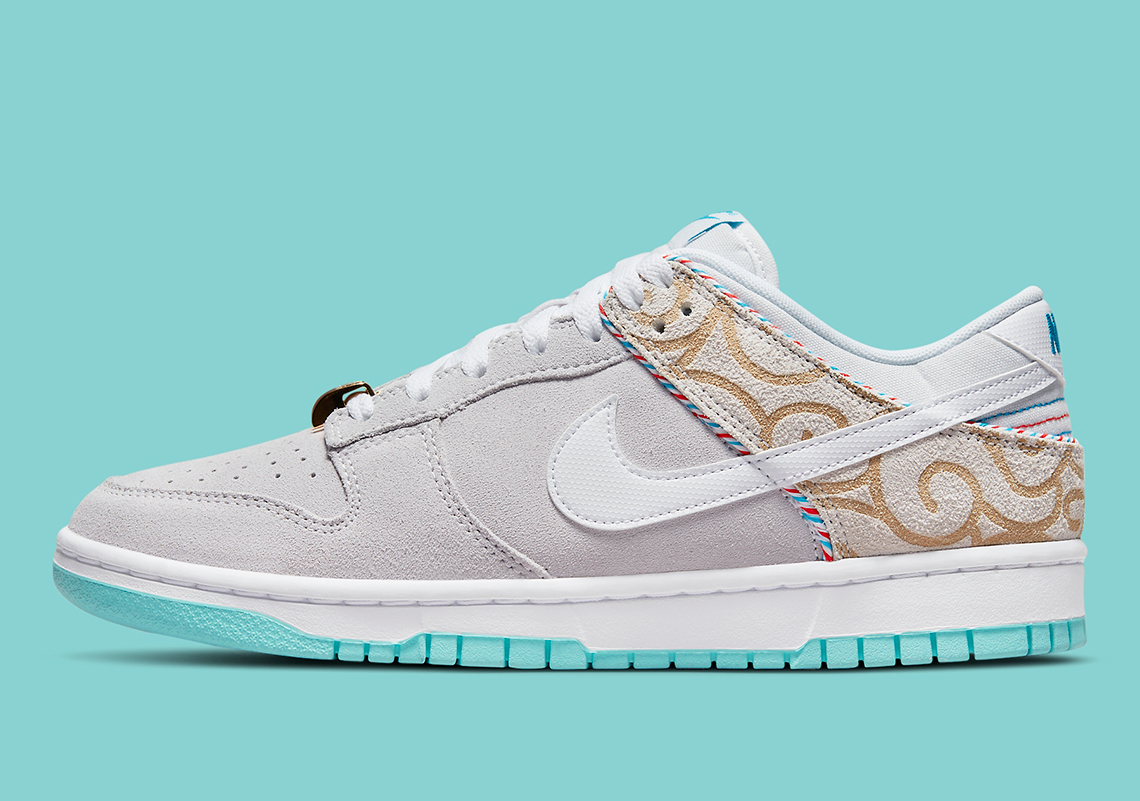 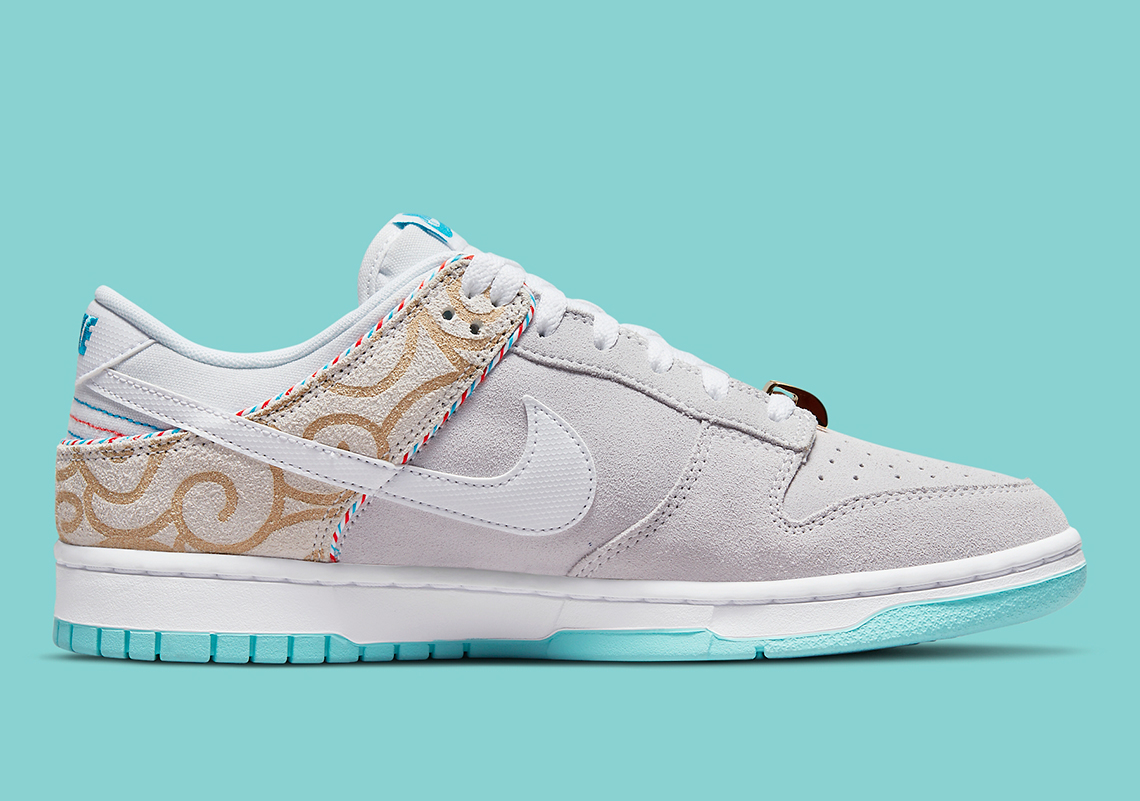 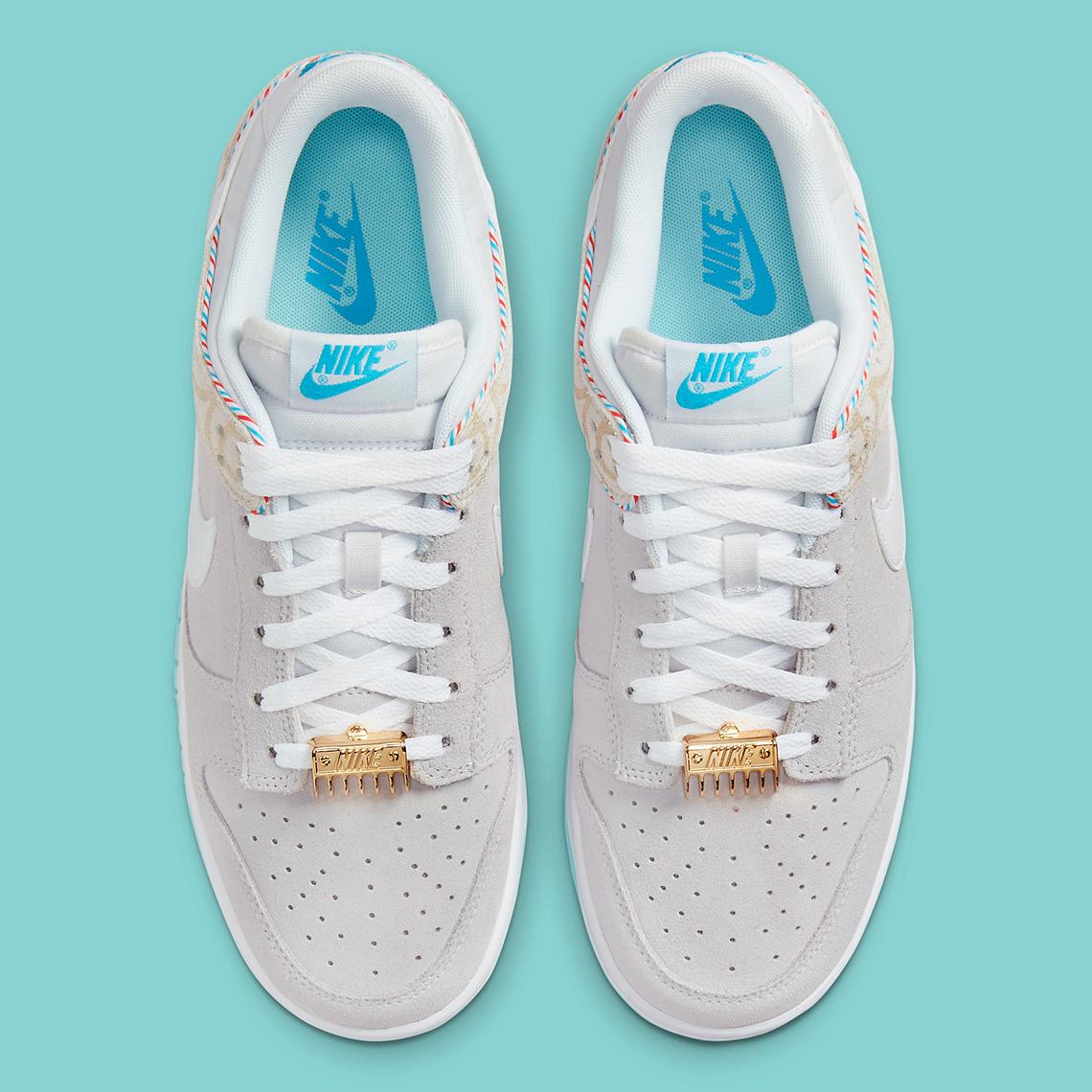 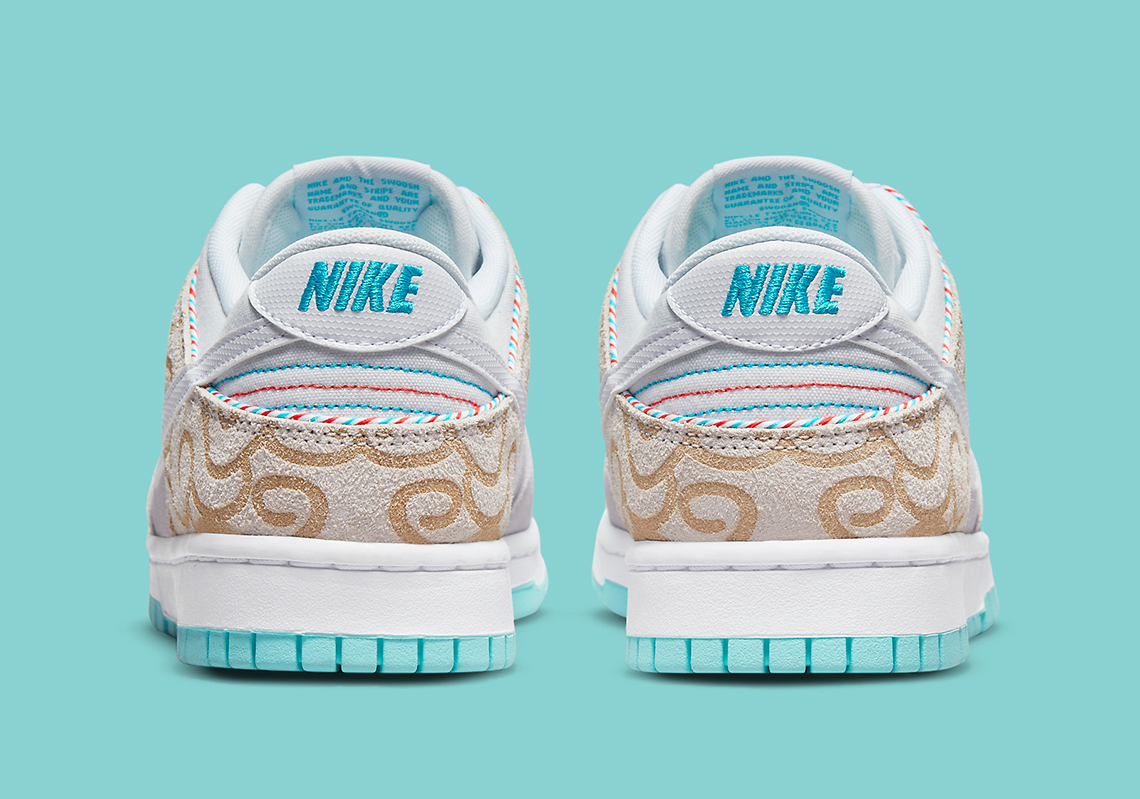 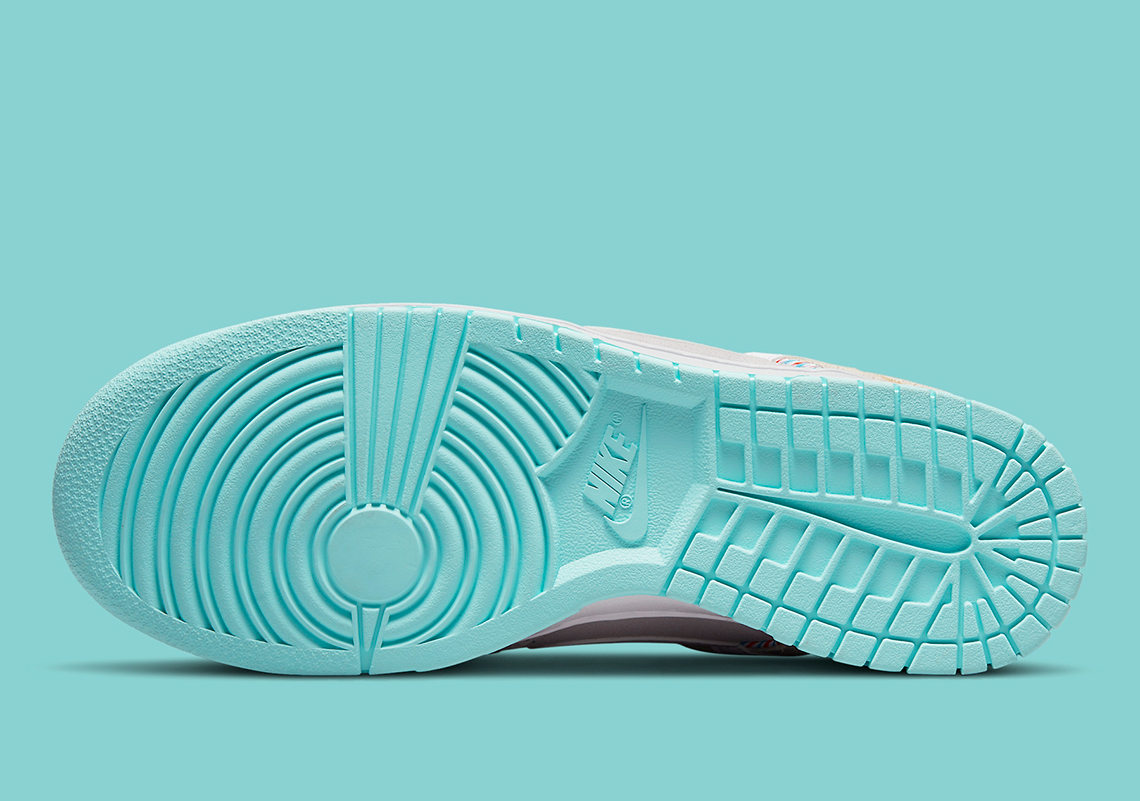 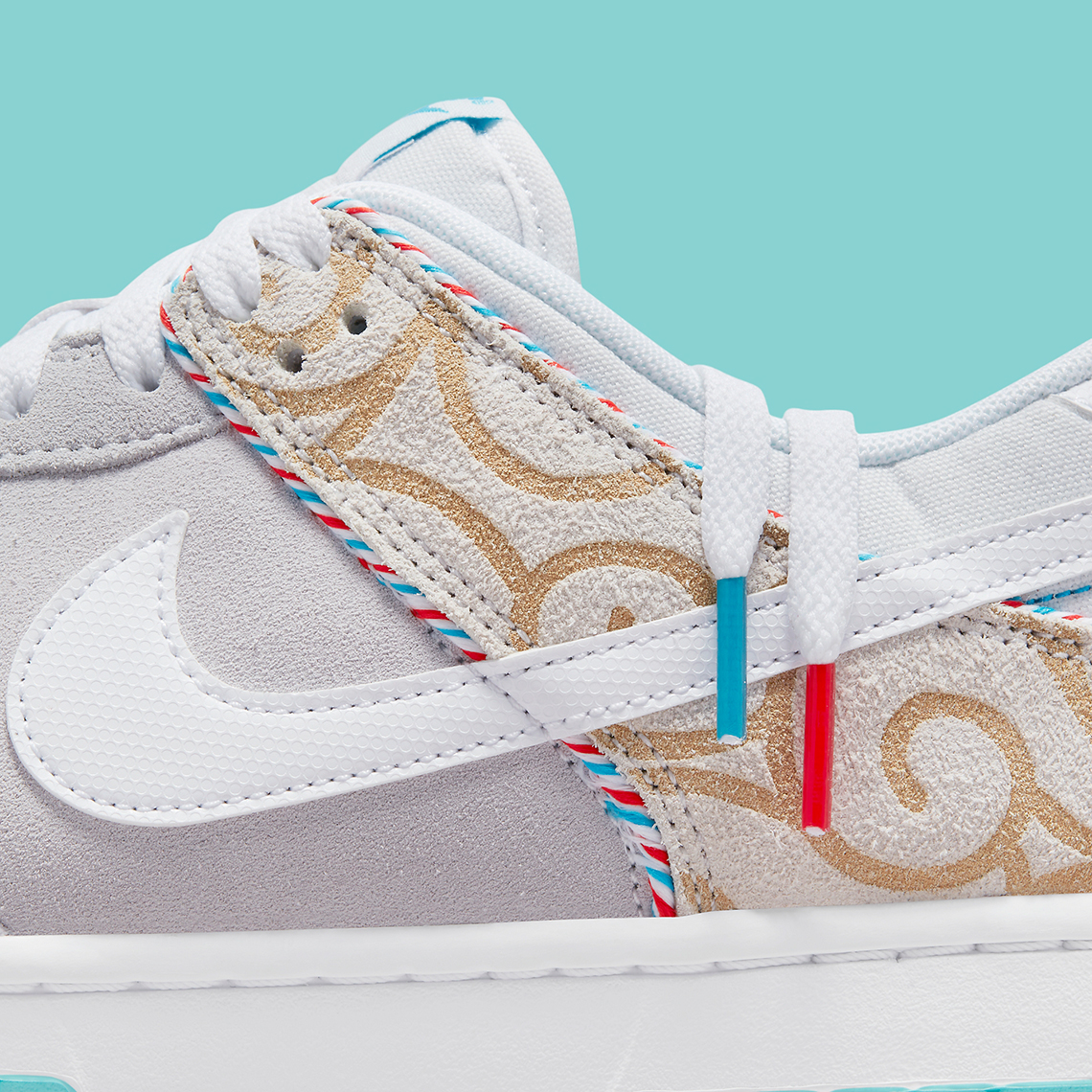 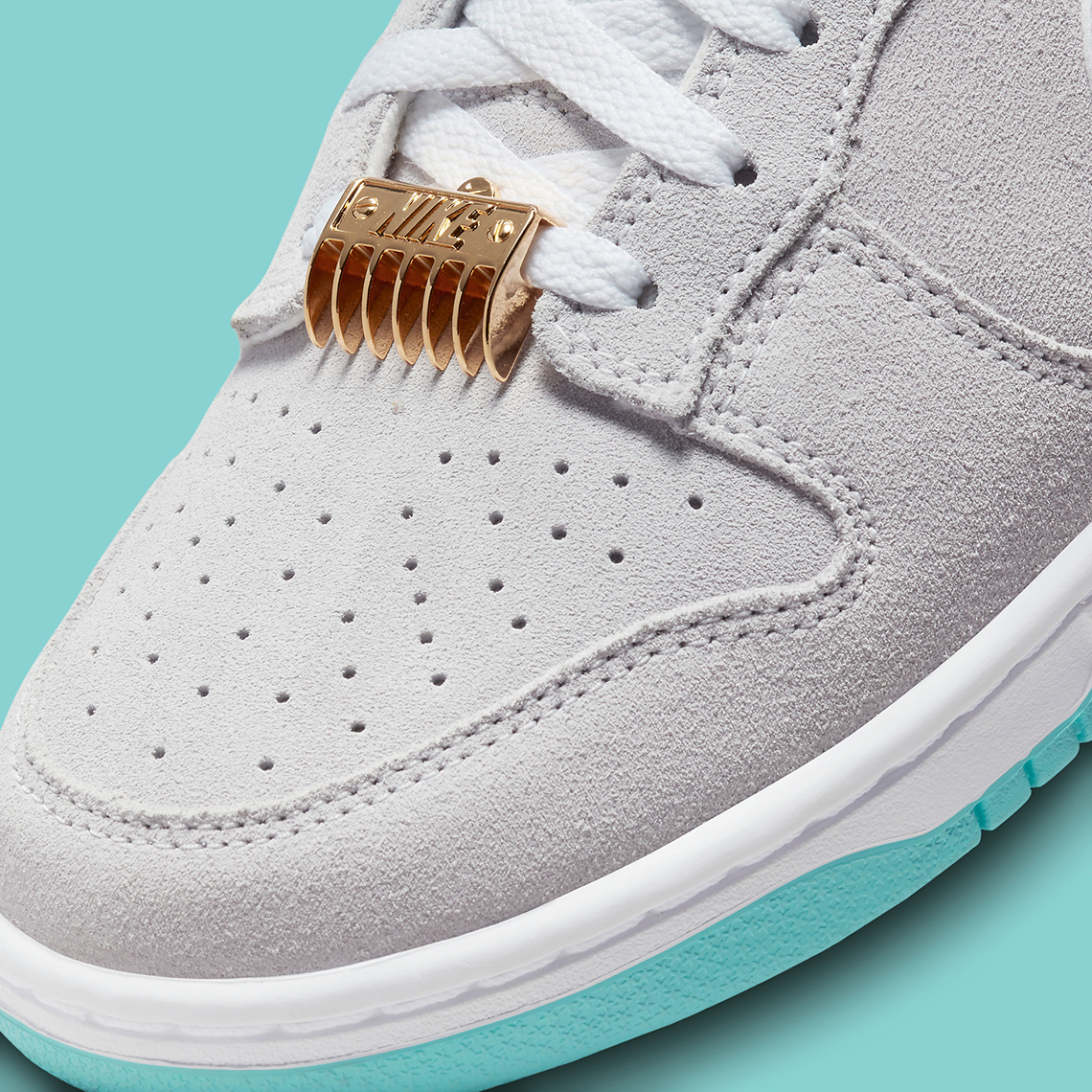 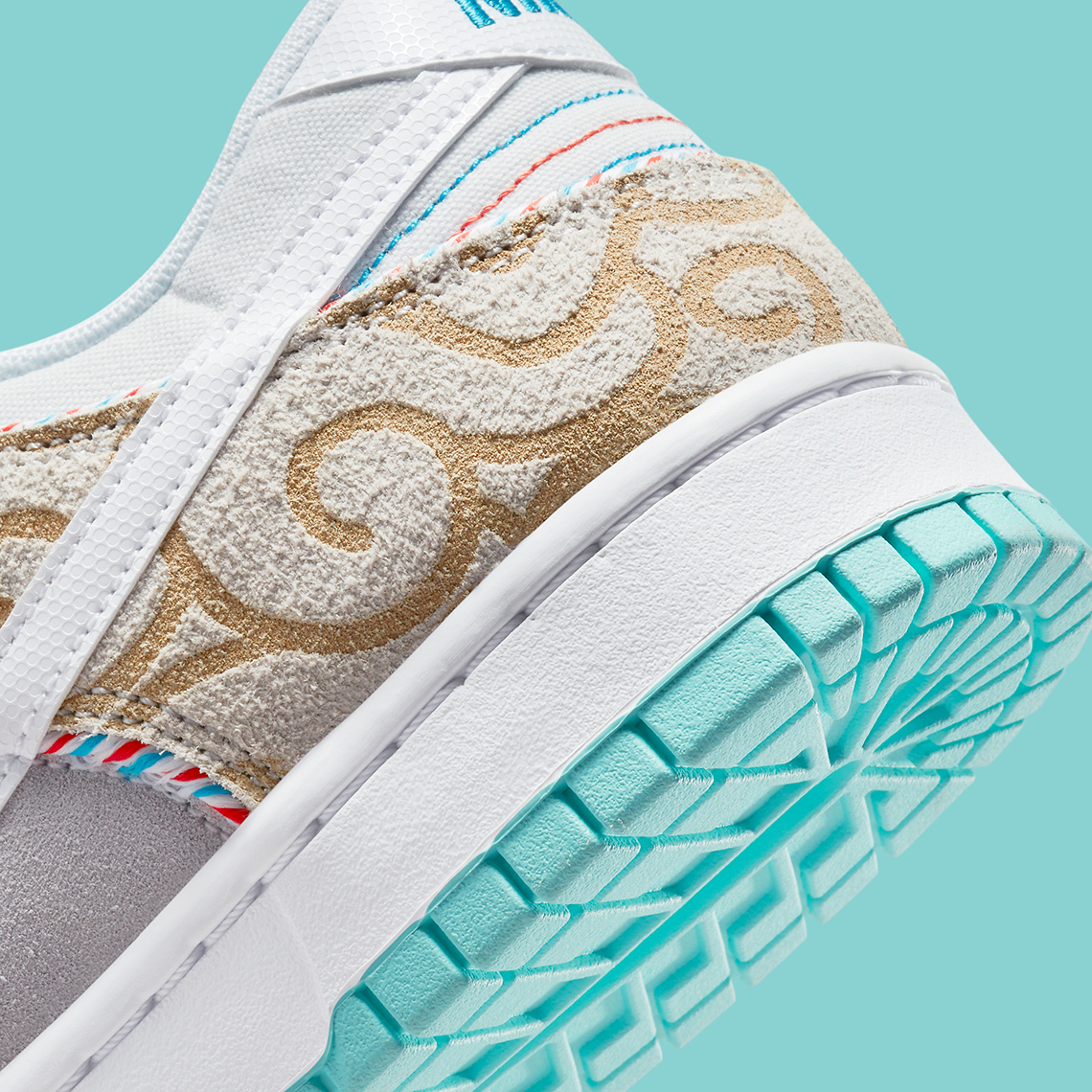