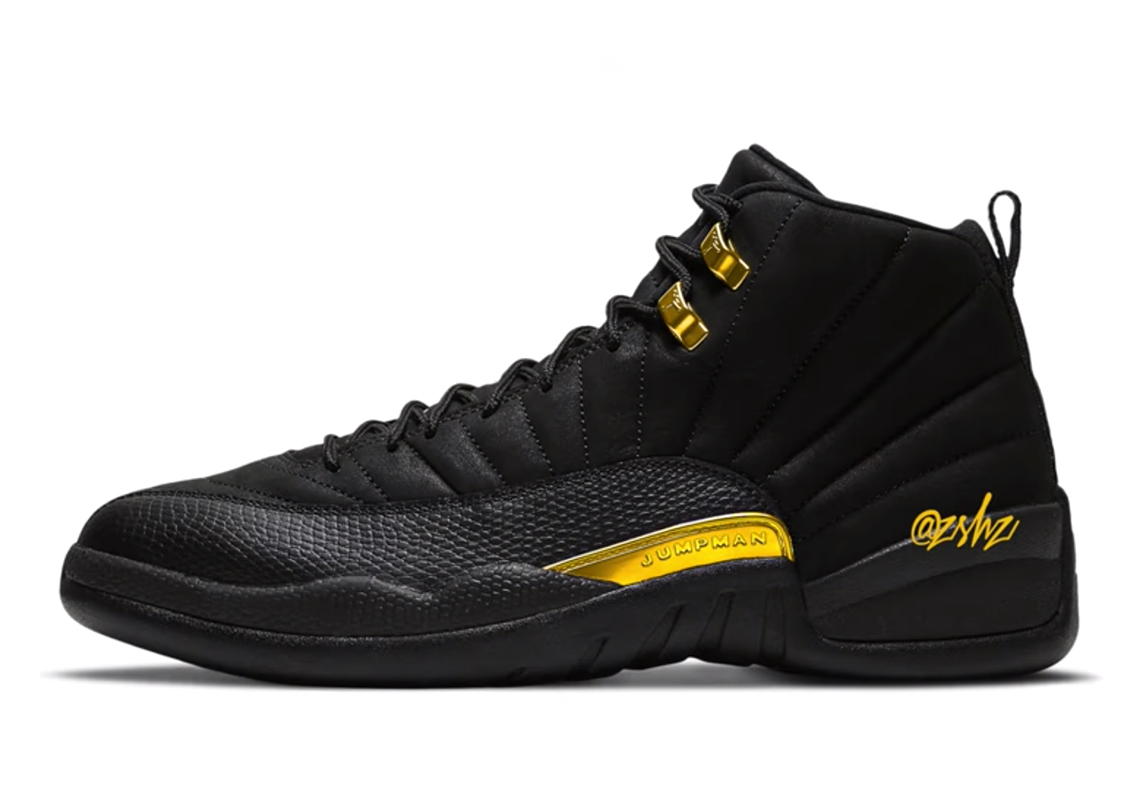 Air Jordan 12 Releasing In Black And Gold In October

For the umpteenth year in a row, Jordan Brand’s Holiday product assortment will likely be dominated by the Air Jordan 1 and Air Jordan 11. News of the Air Jordan 1 “Chicago” in a vintage-treated “Reimagined” form as well as a heightened MSRP of $180 have sneakerheads abuzz, while Nike’s recent disclosure of the Cool Grey 11s being its most successful SNKRKS release in history have us in anticipation of this year’s Air Jordan 11 “Cherry”. Still, there’s plenty to look forward to in the final three months of the season, like this black/gold take on the Air Jordan 12.

Currently scheduled to release on October 15th, this Air Jordan 12 once again focuses on a DMP-style color-palette with a full black upper and gilded accents on the eyelets and midfoot plate. This mock-up via zsneakerheadz reveals an accurate look at what to expect, and based on its simplicity it’s quite easy to envision what the final product would be.