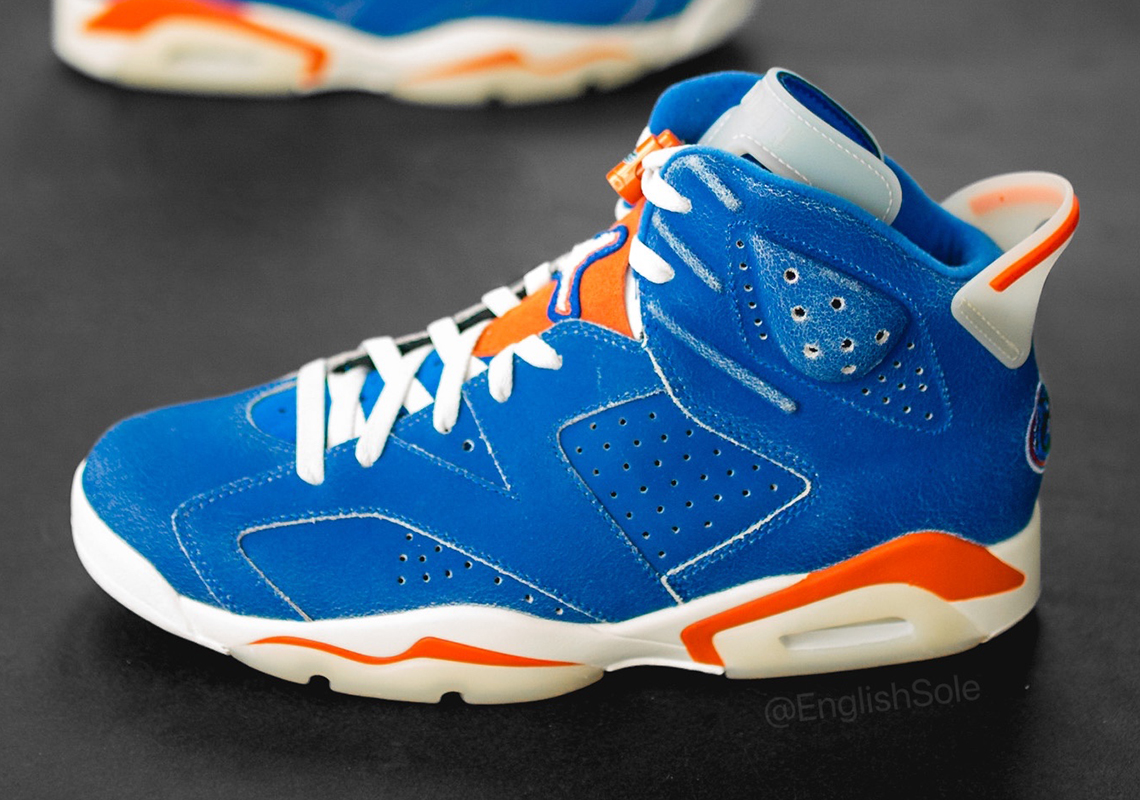 Although the collegiate athletic programs connected to Jordan Brand have been the lucky recipients of Player Exclusive footwear for quite some time, few issues of the past seem to be garnering the energy like this season’s Air Jordan 6. Inspired by varsity jackets and featuring a distressed suede finish, the Air Jordan 6 PE for the 2022 season has introduced a design concept that is both understandable to anyone who has participated in team sports and enticing to sneaker fans.

Photos shared by @englishsole reveals a first look at Player Exclusives made for the Florida Gators colors. The school’s signature royal blue and bright orange cover the upper, while the Gator mascot logo appears on the heel via the embroidered patch and on lacelock. As seen on the other Air Jordan 6 PEs, the number 23 and the Jumpman logo appear via chenille patches on the tongue shroud.

This Air Jordan 6 “Florida Gators” PE will likely never release, but let’s hope that this blue/orange shade is in Jordan Brand’s plans for their college PE-style retro footwear drops. 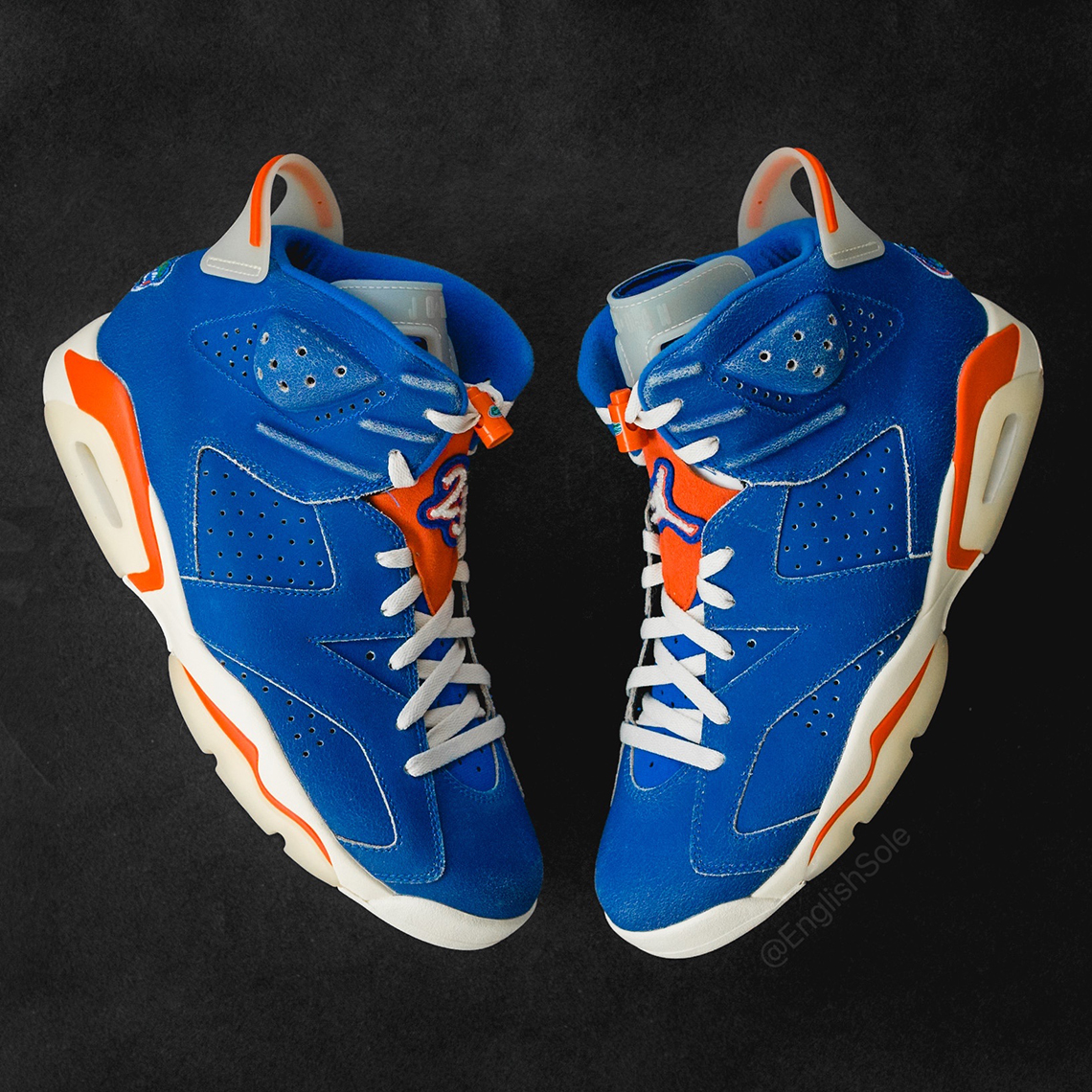 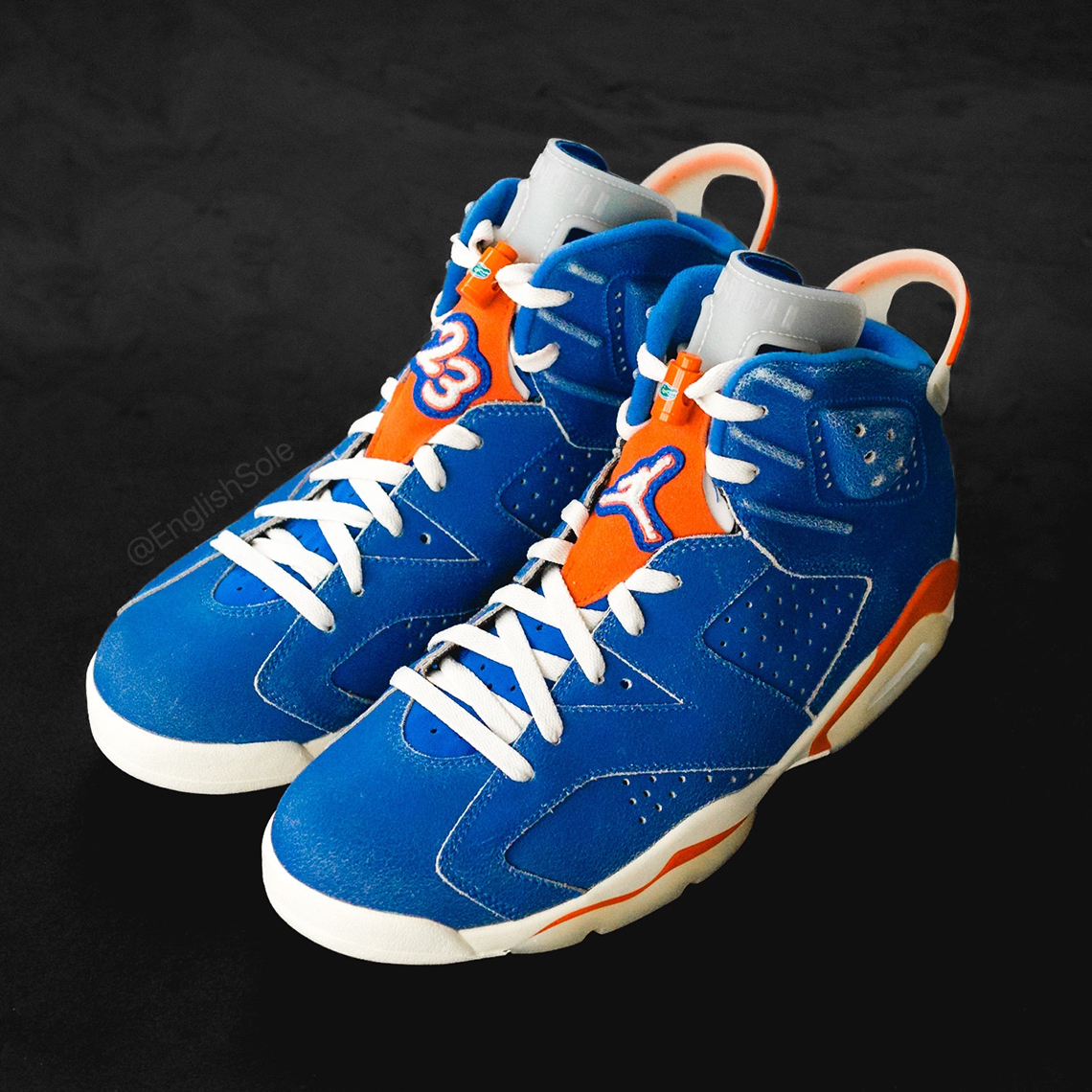 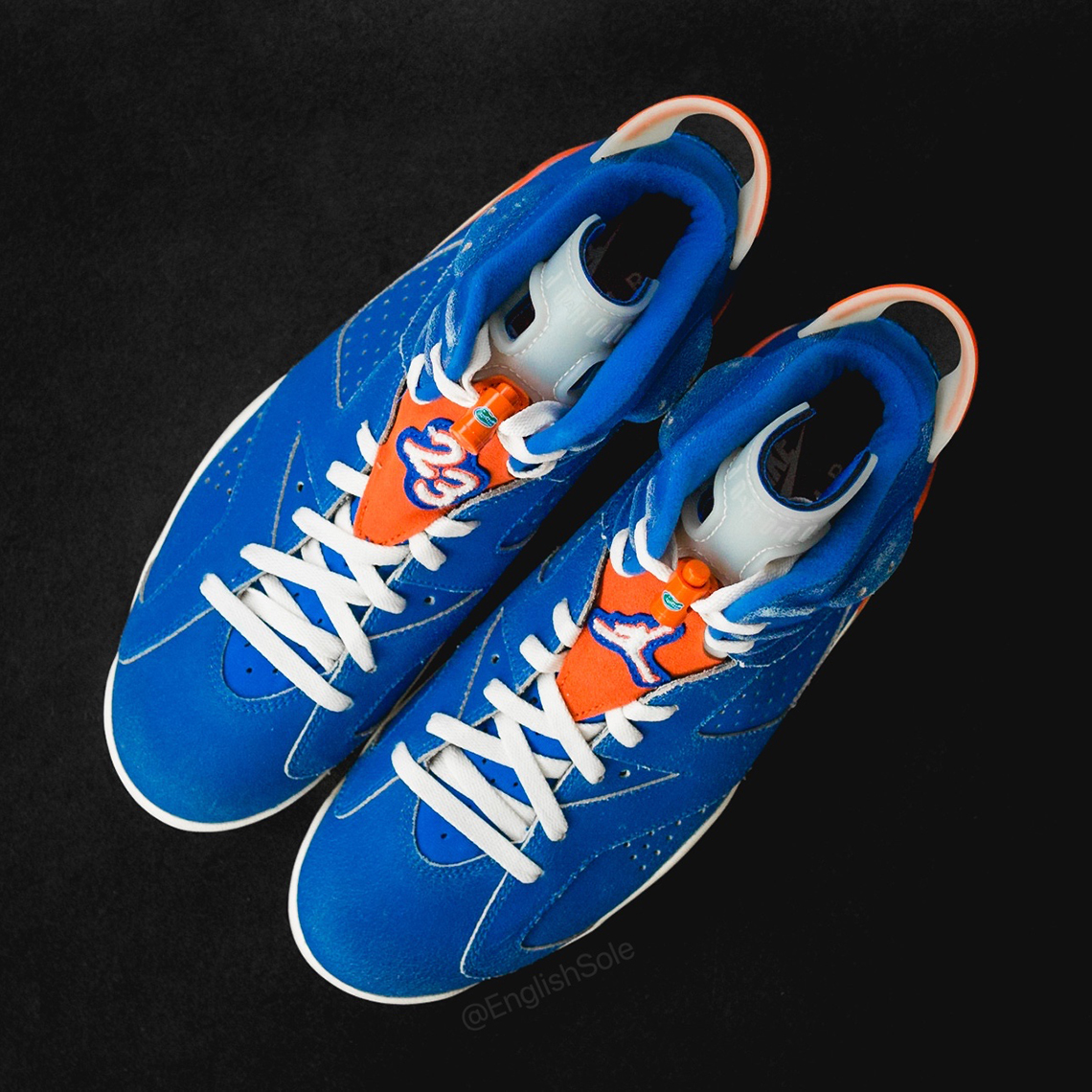 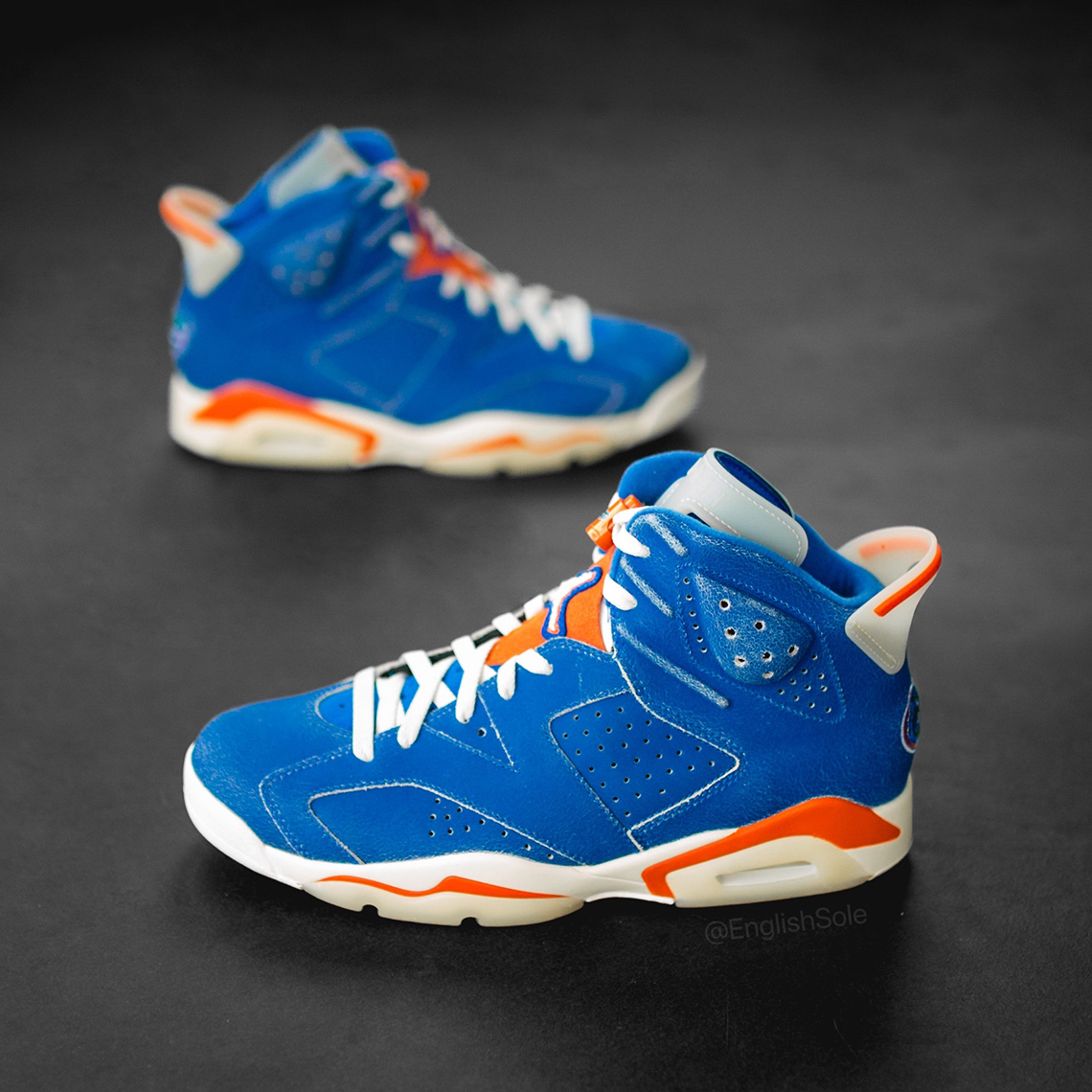 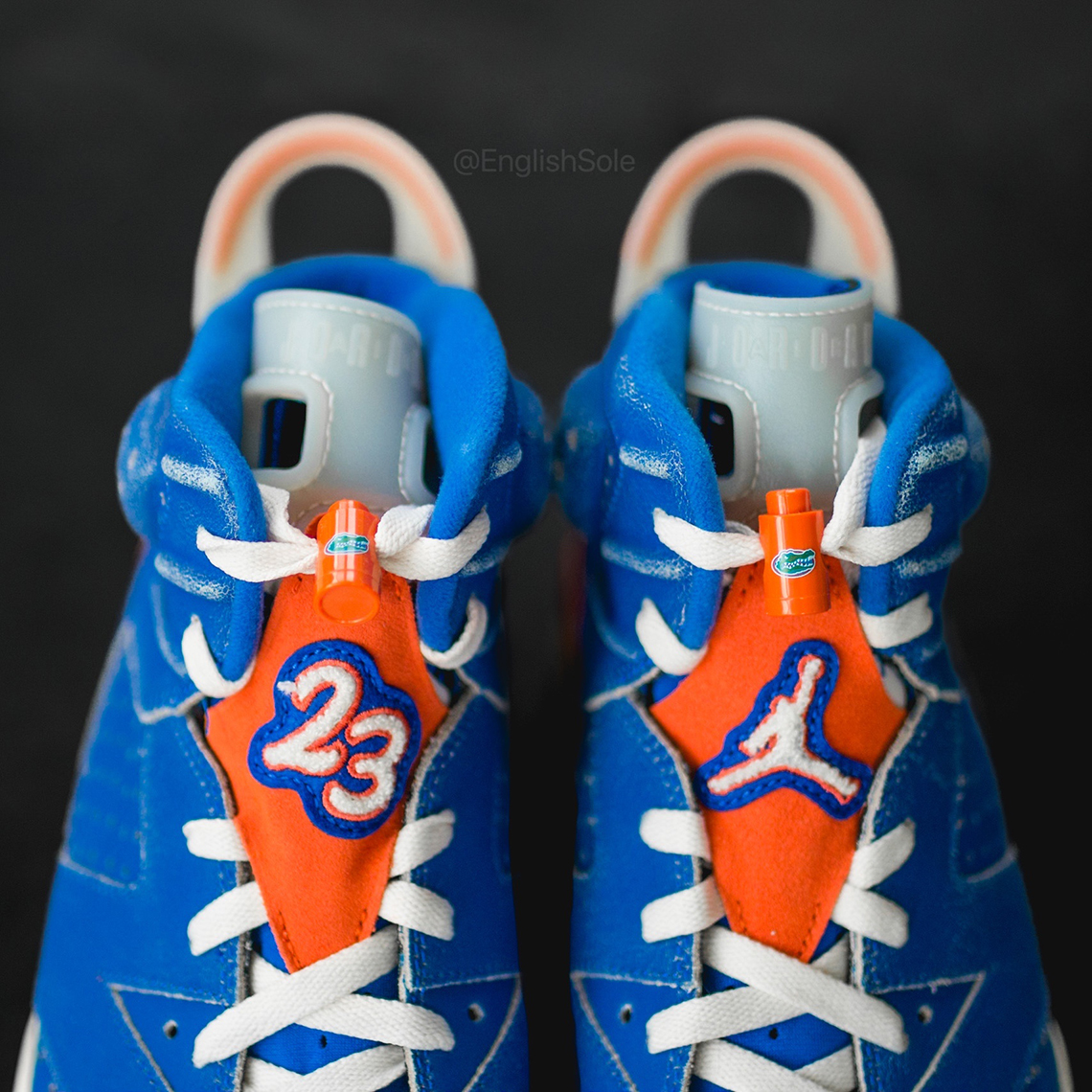 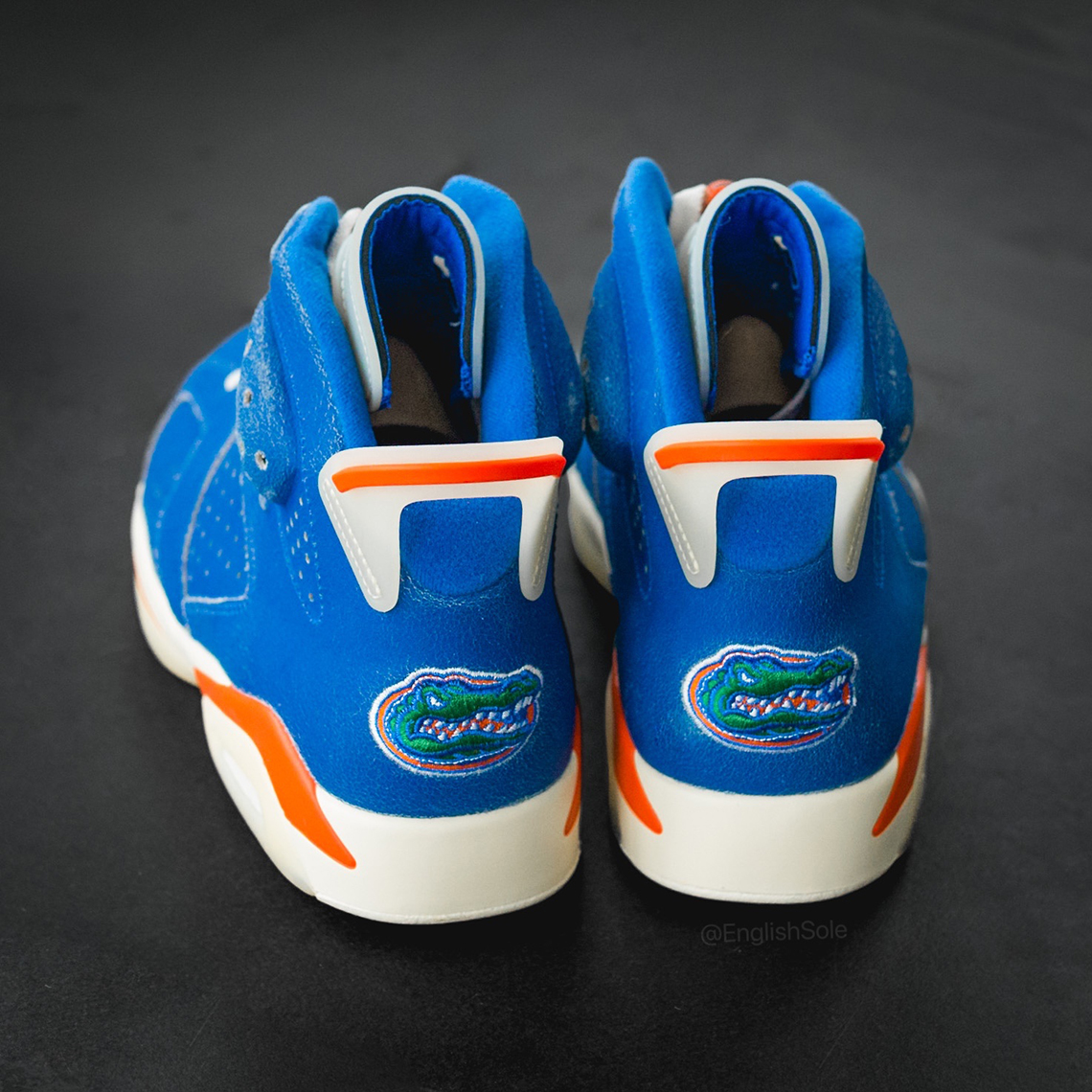 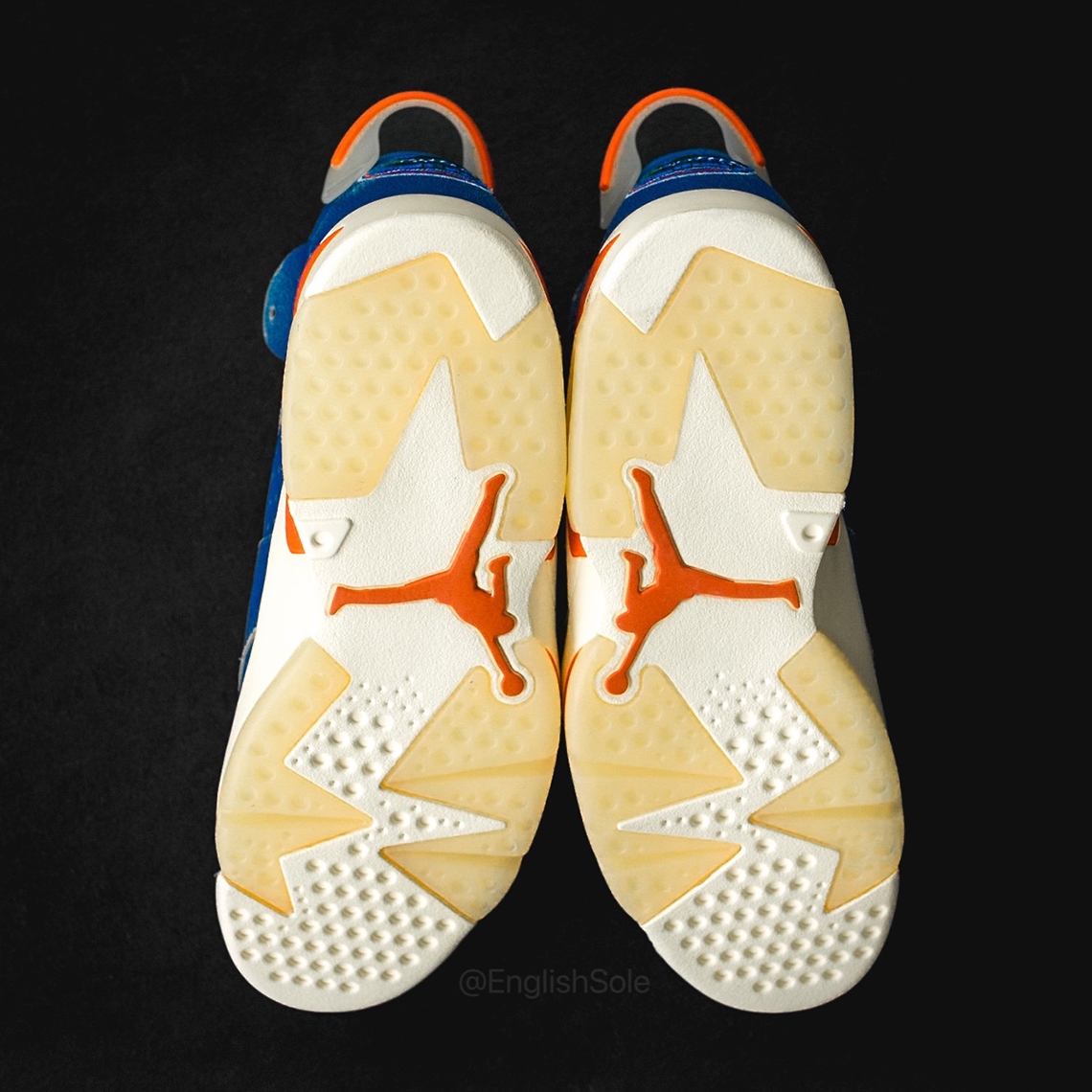 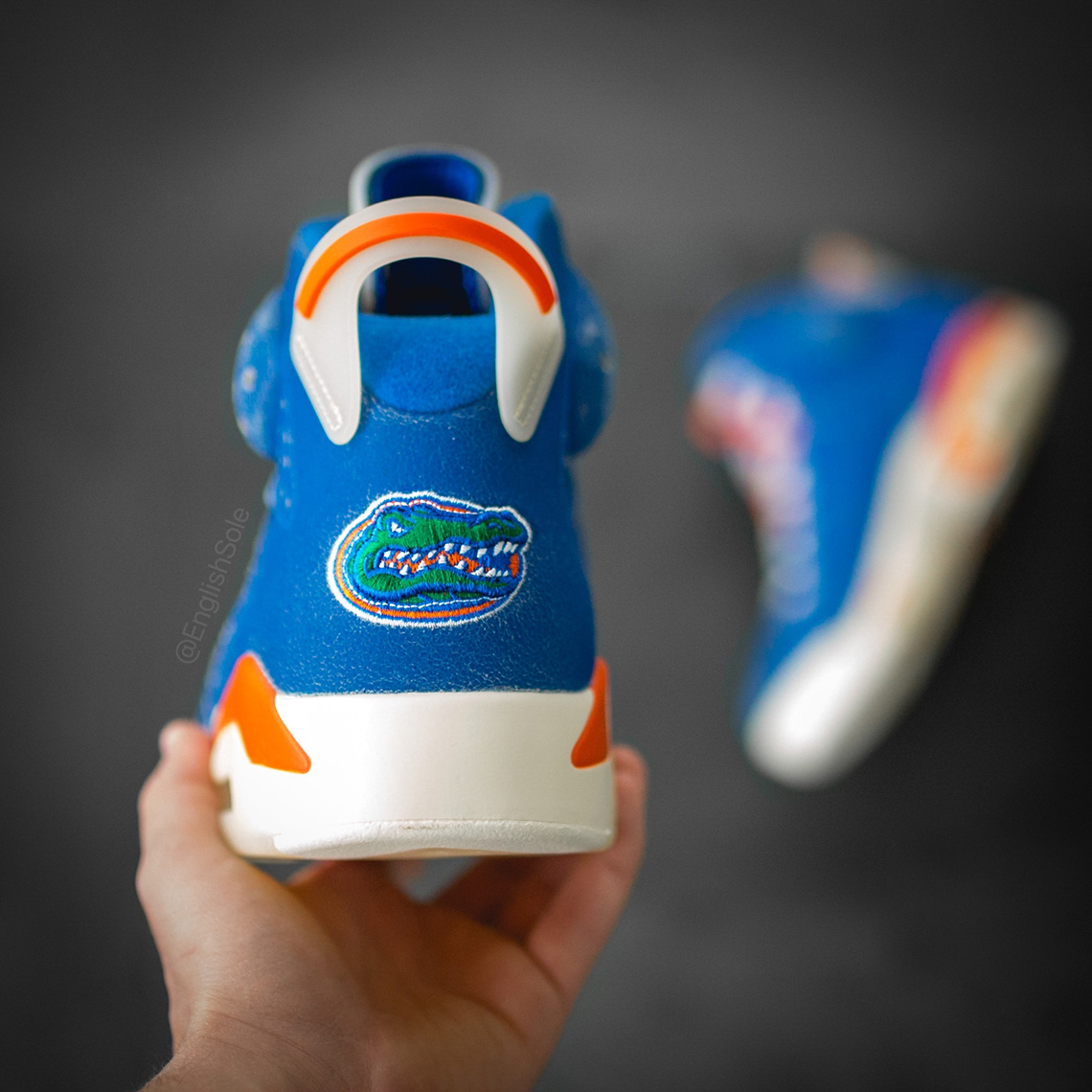 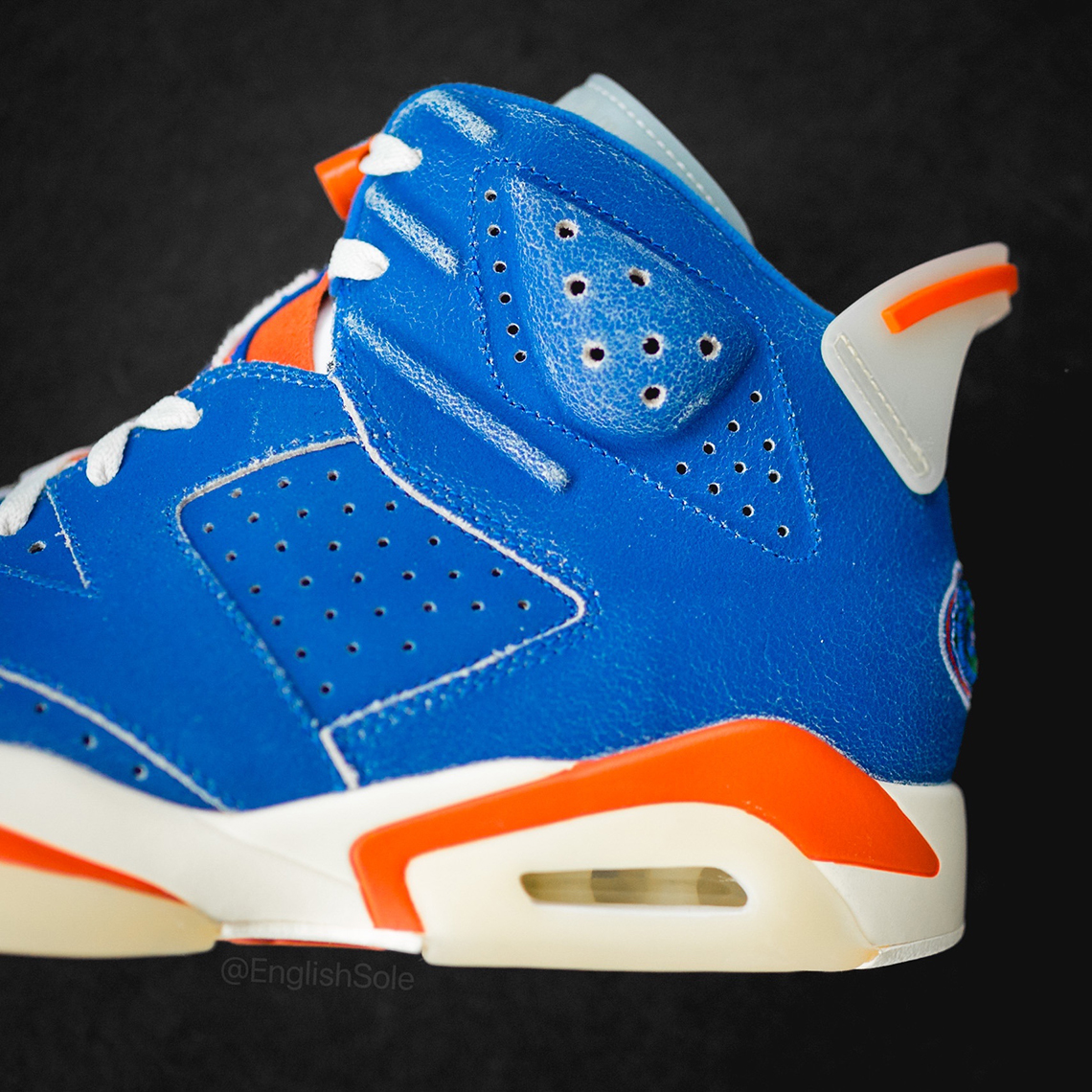 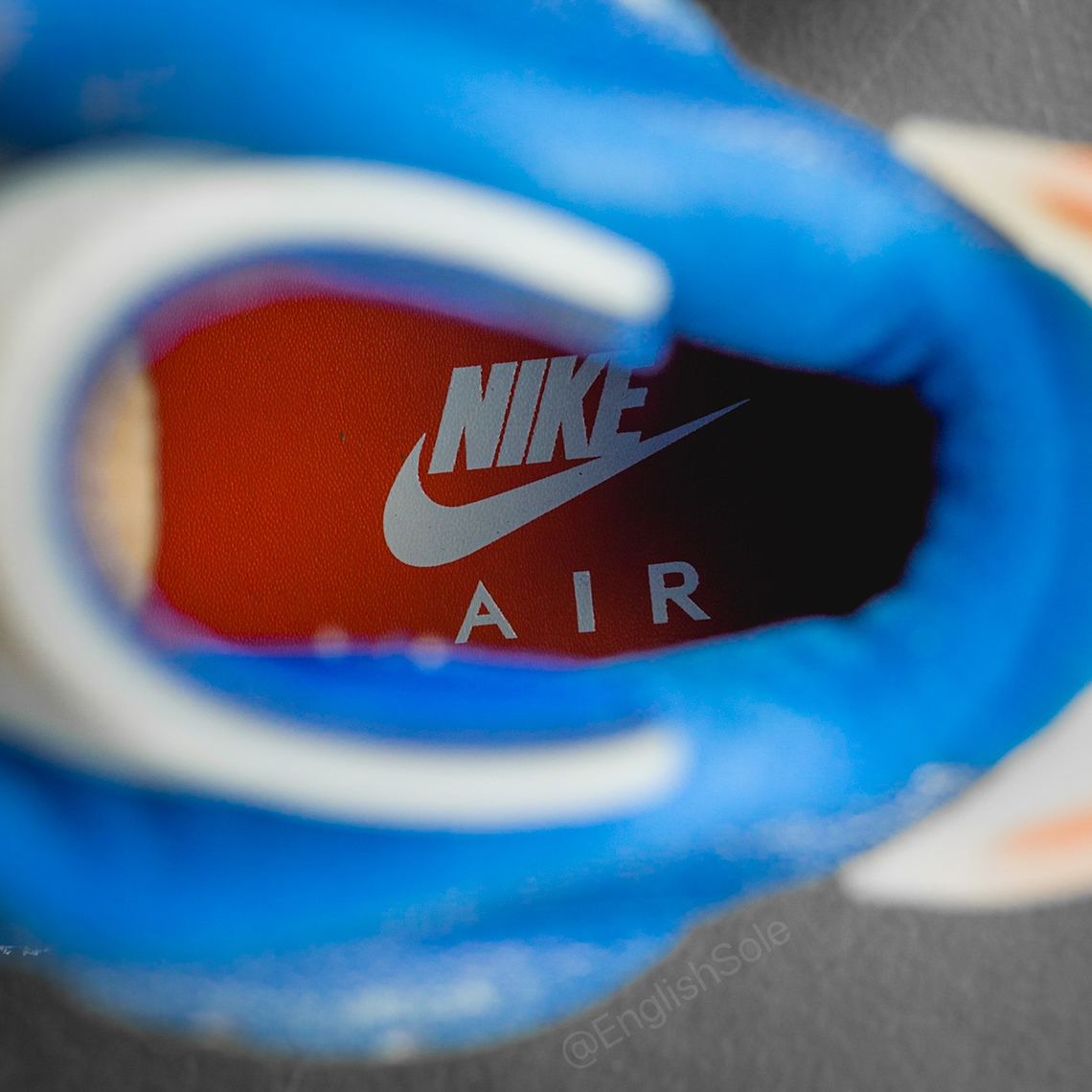 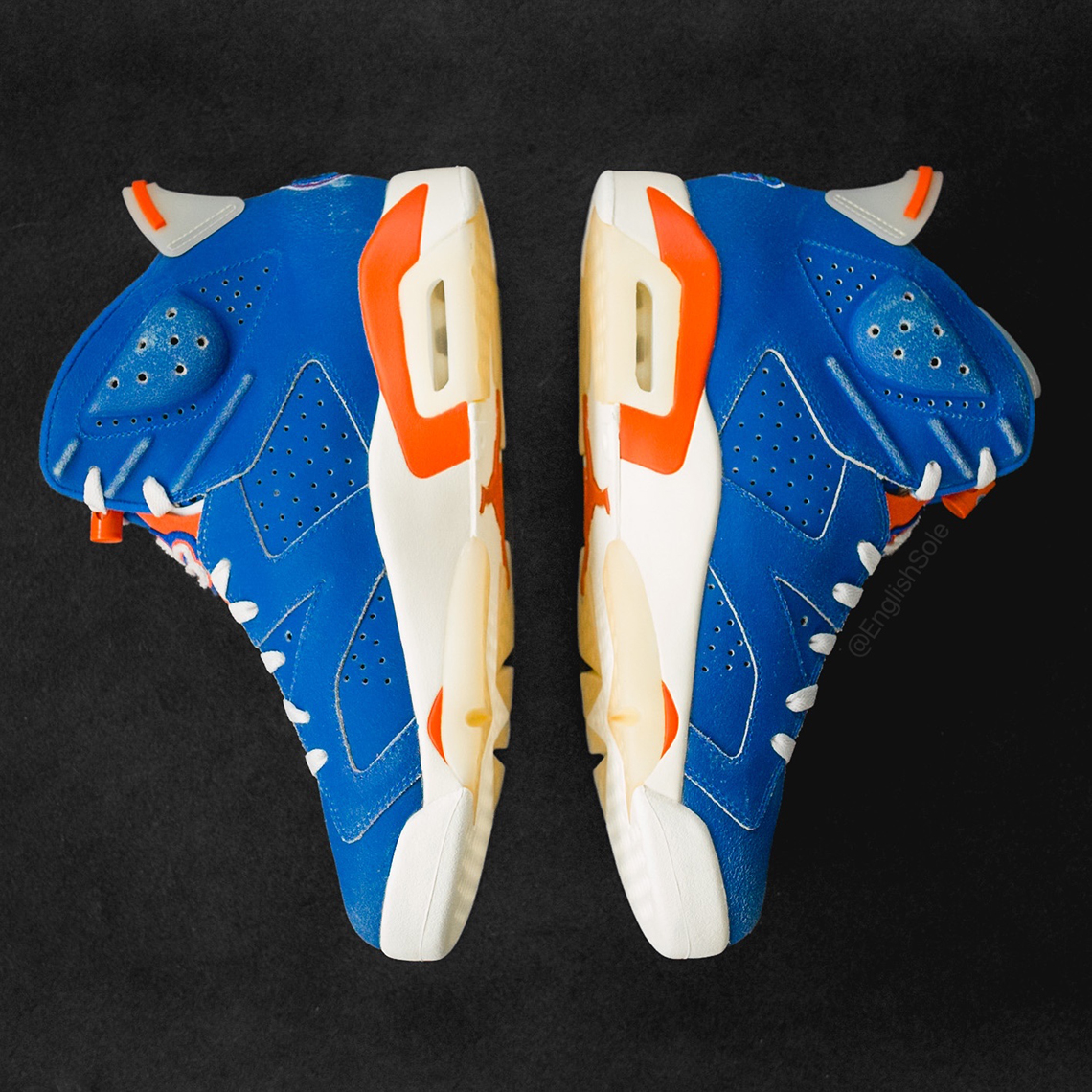