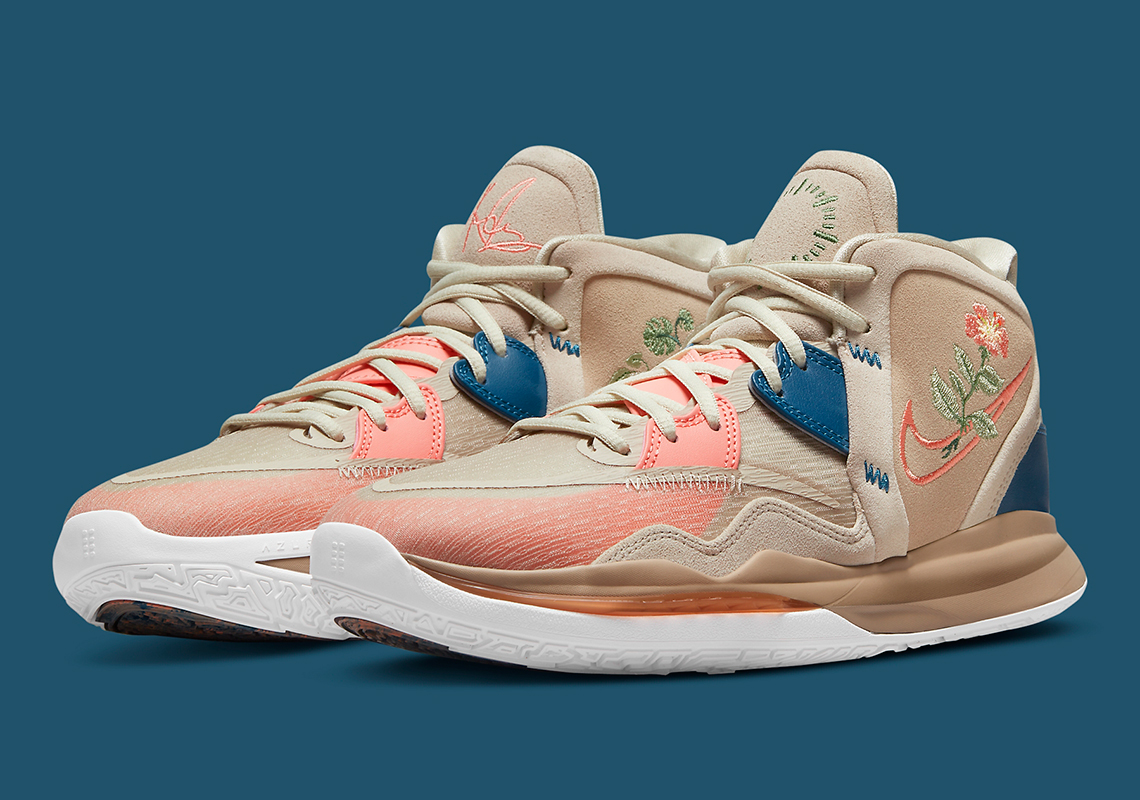 It’s scary hours for any team facing the Brooklyn Nets in the 2022 Playoffs. After securing the 7th seed via a triumph over the Cleveland Cavaliers in the Play-in Tournament, the Brooklyn Nets have set their crosshairs on the Boston Celtics in preparation of a hotly contest first-round match-up. A team with two of the most potent offensive weapons in the game going against a defense that has deemed the Celtics a legitimate Finals contender only spells out must-see TV, and we can’t wait to see what Kyrie Irving can do now that he’s achieved rhythm.

We’ve already seen his effortless ability to score. And his Kyrie Infinity basketball shoe, one that he derided before the season, has played an immense supporting role in his “comeback” of sorts. We’ve been treated to a series of impressive new colorways, but few are as elegant as this upcoming tan/navy/madder root mix that sees floral embroidery on both sides of the ankle bone pad. These actually remind us of Nike’s Plant Dye pack that proliferated throughout 2021, although these don’t see any descriptives on the tongue or heel. Instead, another curious symbol appears on the left tongue that possibly represents a timer of some kind.

A release date for this Nike Kyrie Infinity hasn’t been revealed, so check out the official images for now. 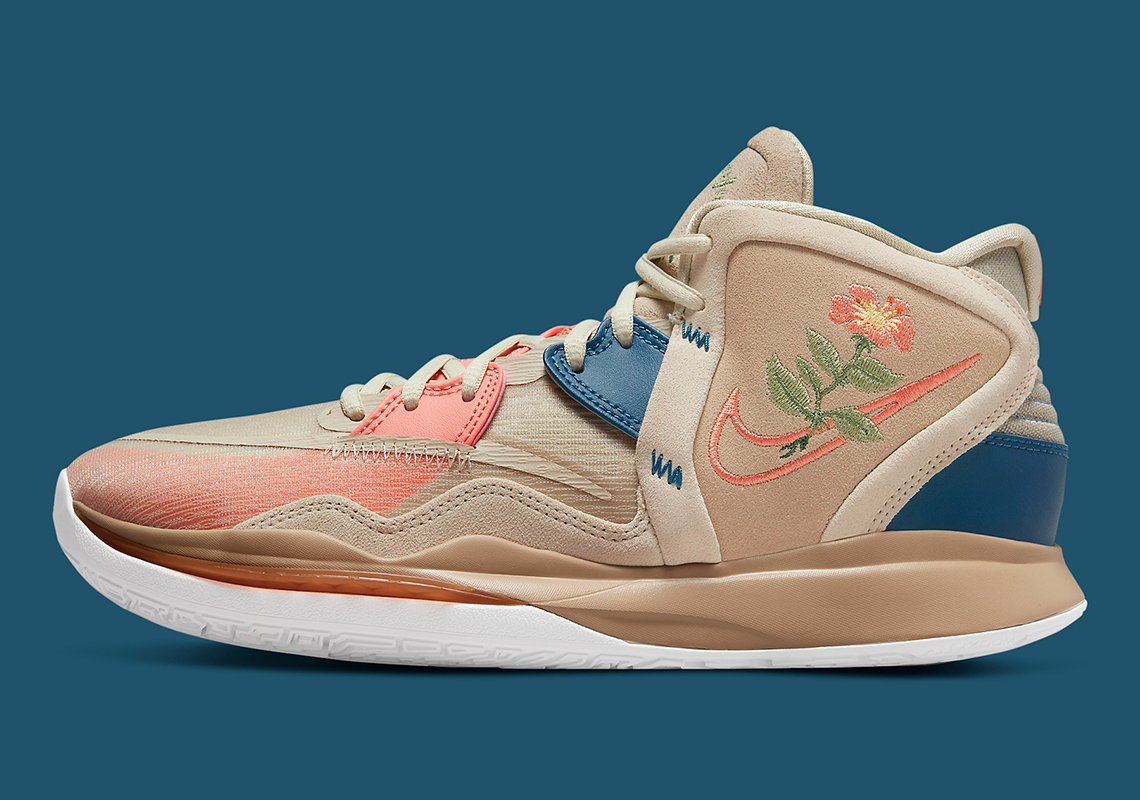 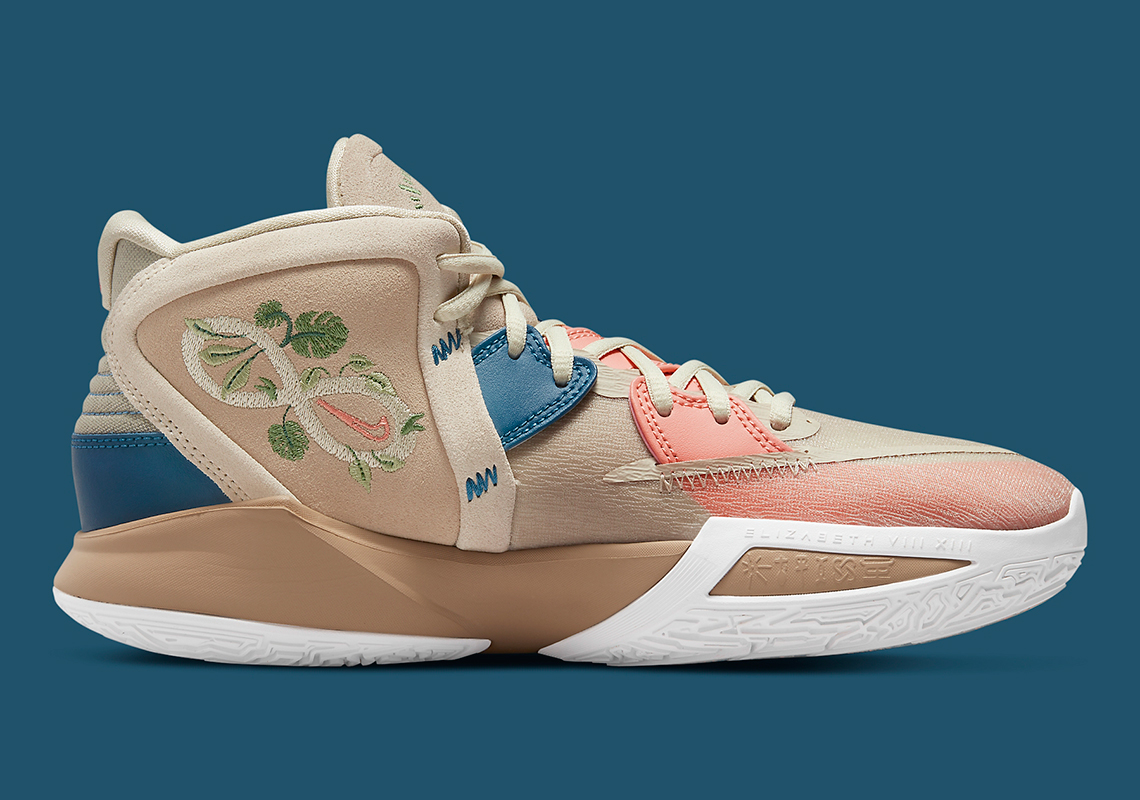 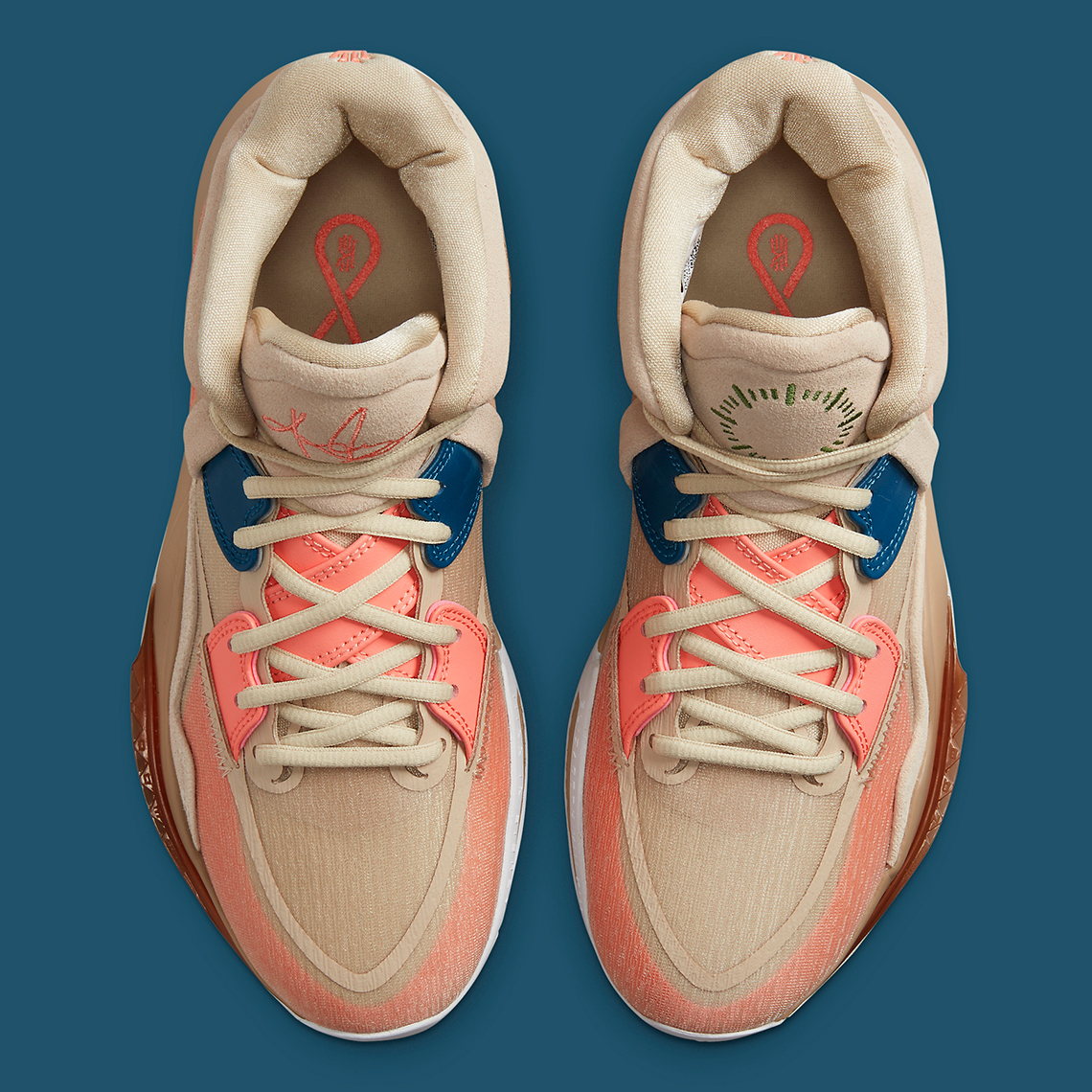 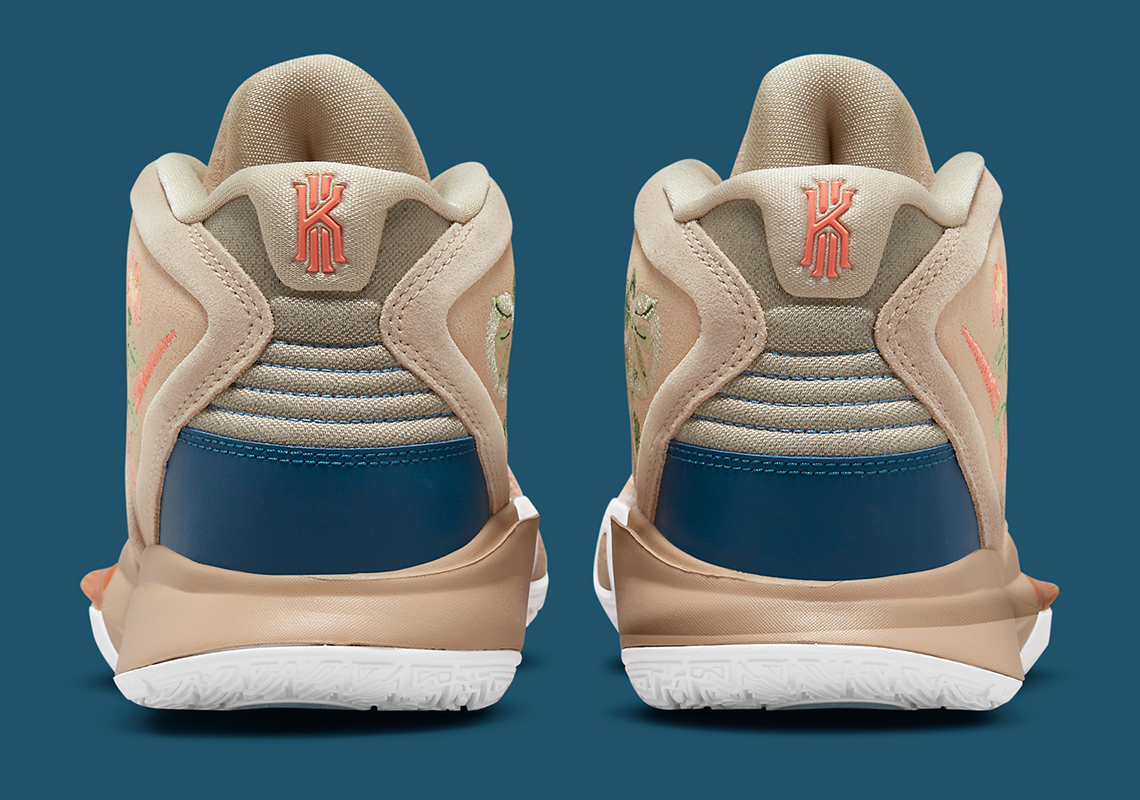 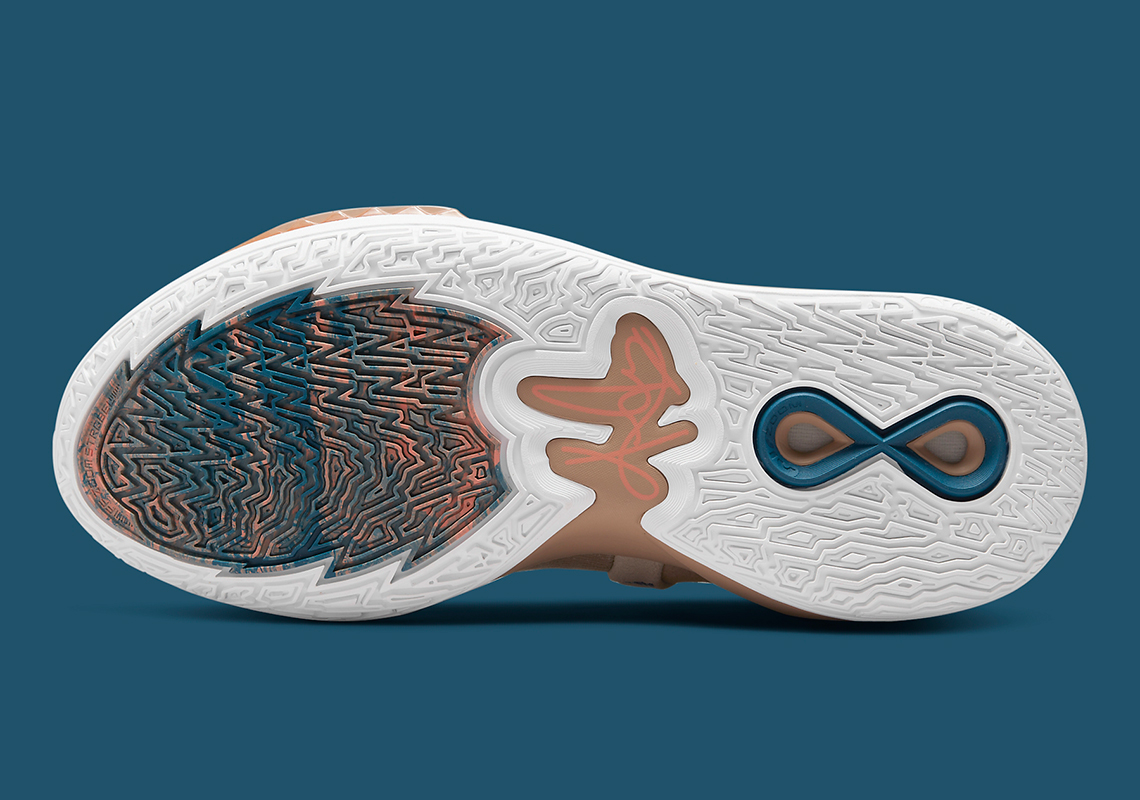 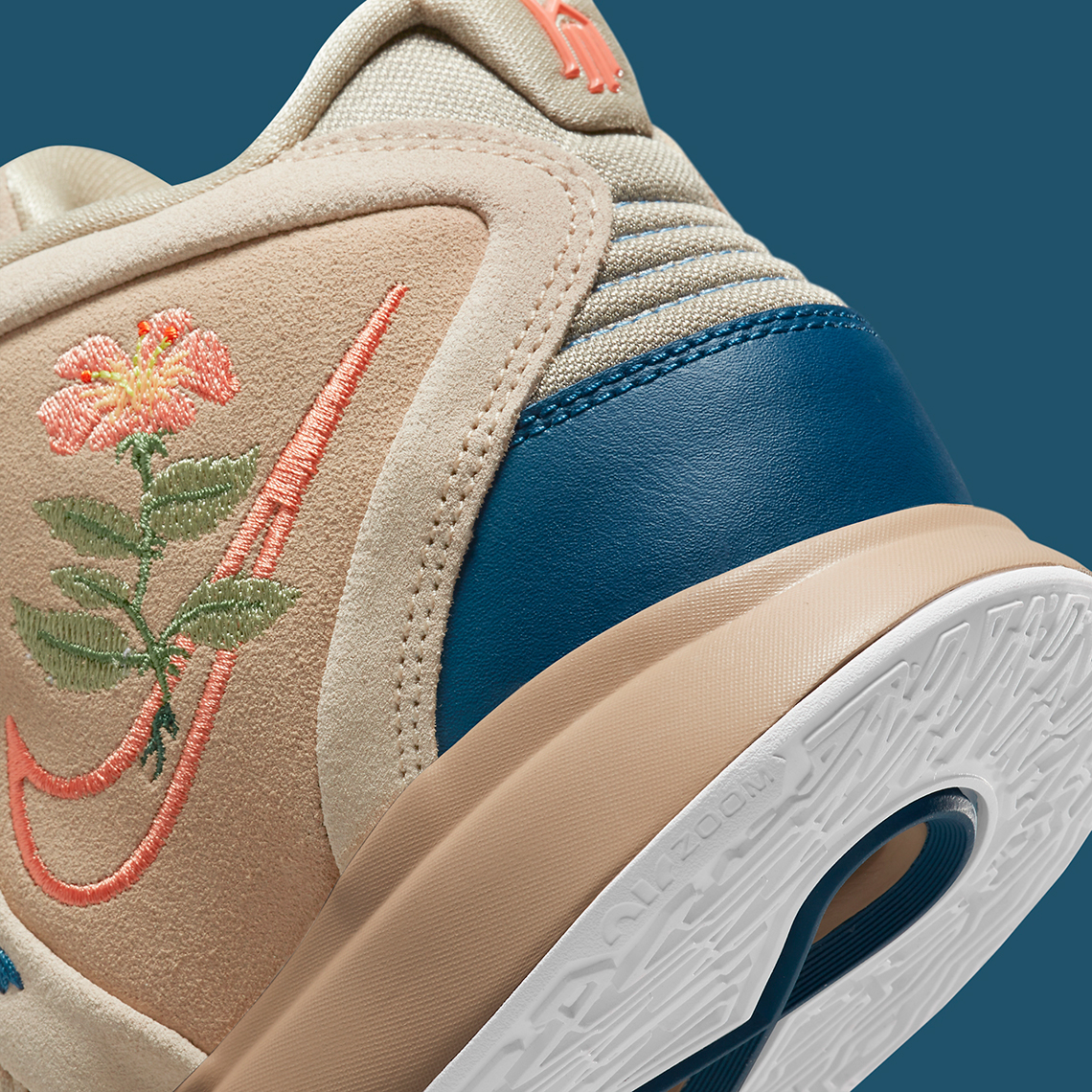 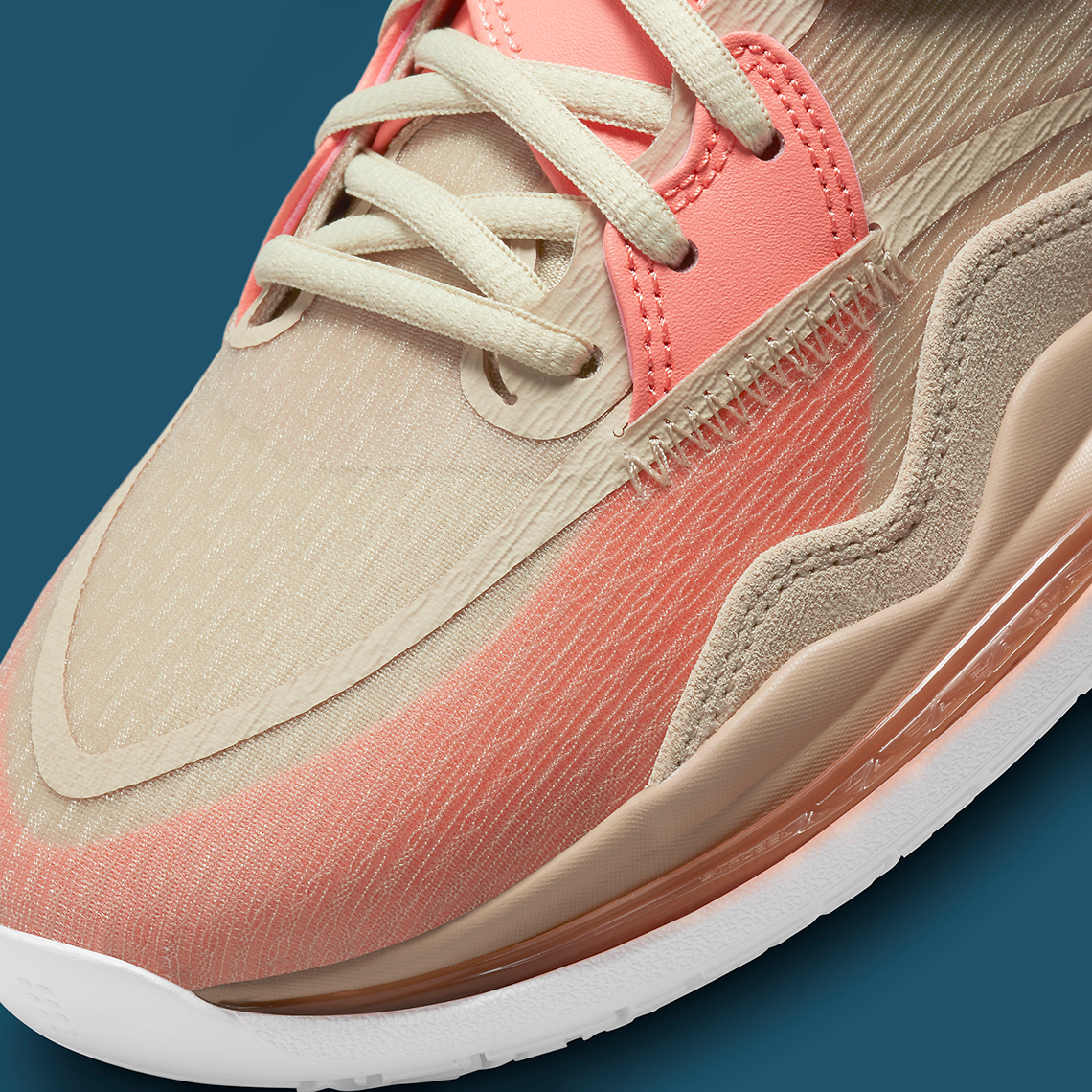