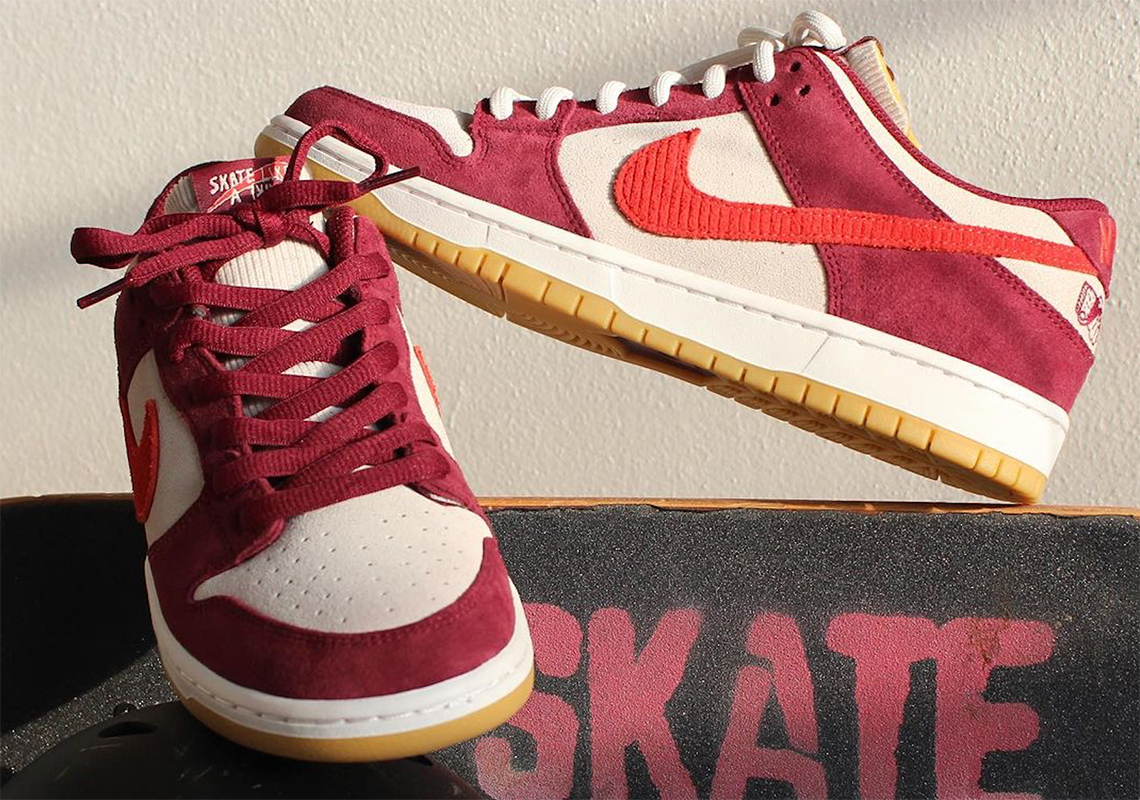 Skate Like a Girl, a non-profit with chapters across the West Coast, is using skateboarding to create an inclusive community made up of empowered, confident individuals. And in the twenty-two years since their founding, the team has even received the support of Nike SB, who have teamed up with the organization for their very own Dunk Low.

Rendered in appropriately bold colors, the Skate Like a Girl x Nike SB Dunk Low sports burgundy nubuck from the heel to the toe. Louder, more vivid Swooshes swoop across the side, opting for subtly scored leathers. The base, then, rounds out the colorway with a more neutral look, complementing the gum-affixed bottom with its off-white shade. What’s more, Skate Like a Girl is written across the tube sock reminiscent tongue and insole, the latter of which also depicts a group of skaters. Additional logos are also embroidered onto the heel, just below some restyled Nike text.

For an early look at the organization’s upcoming Nike SB collaboration, see below. Currently, no release date has been announced, so sit tight as we await further details. 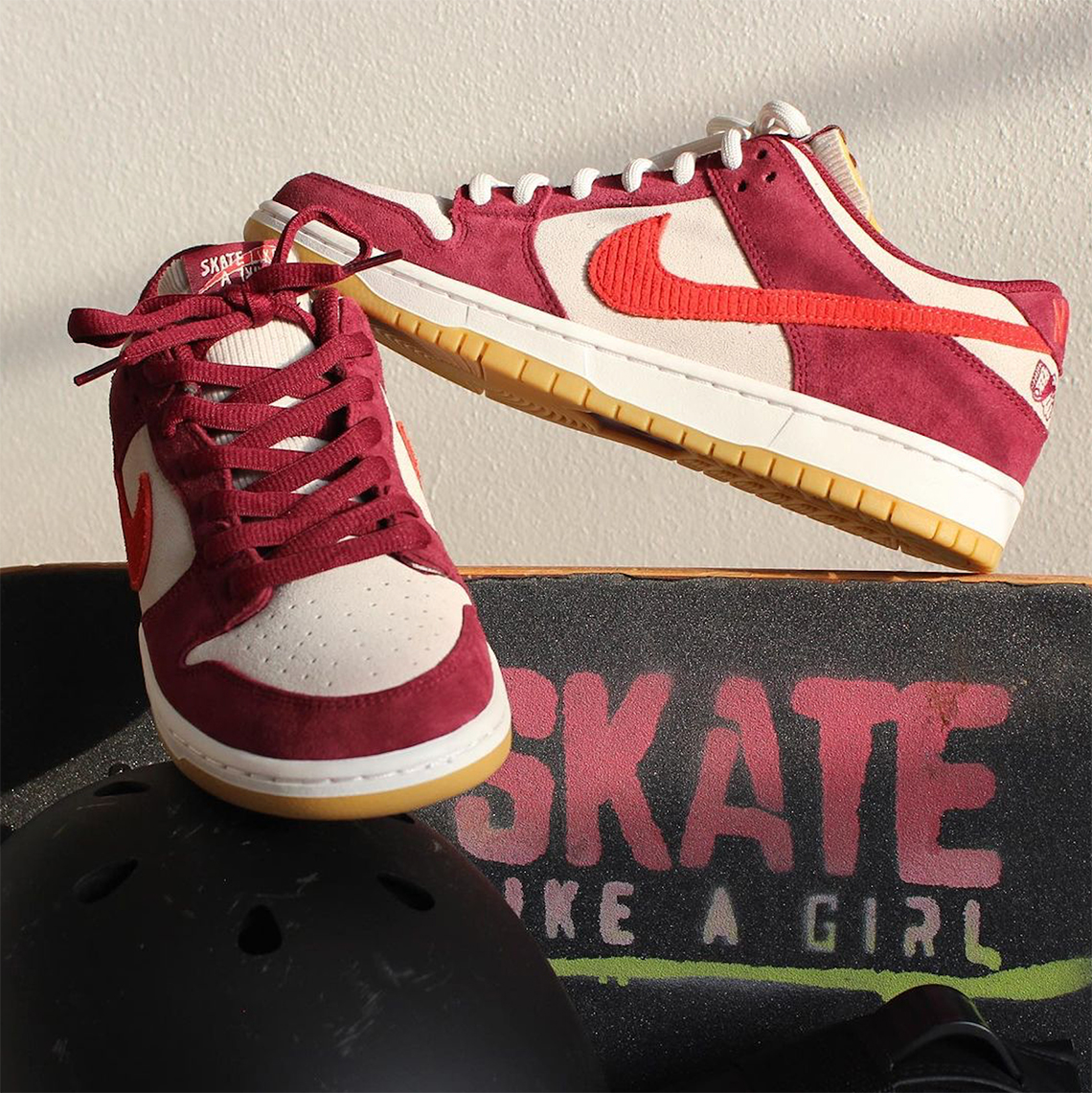 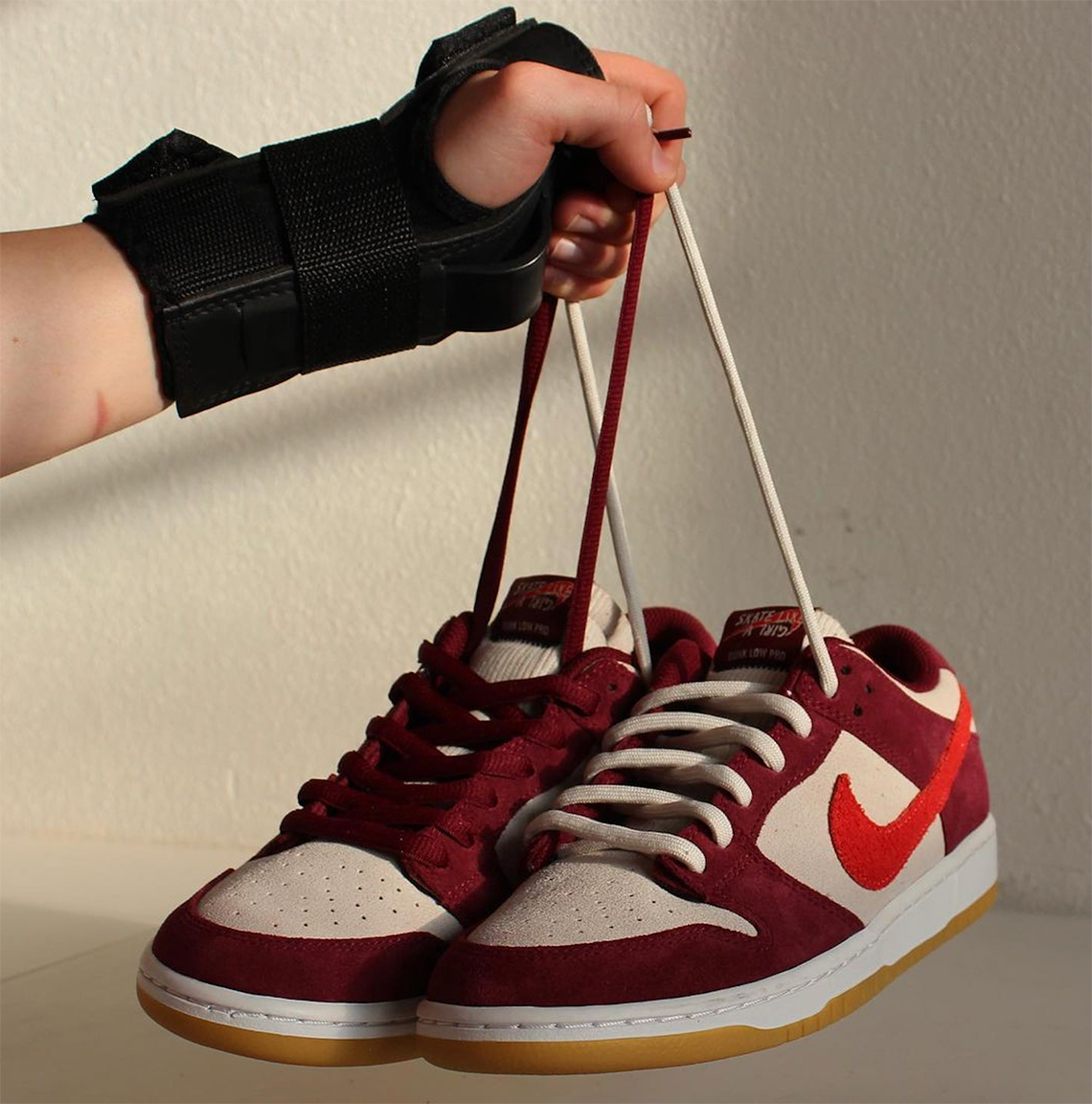 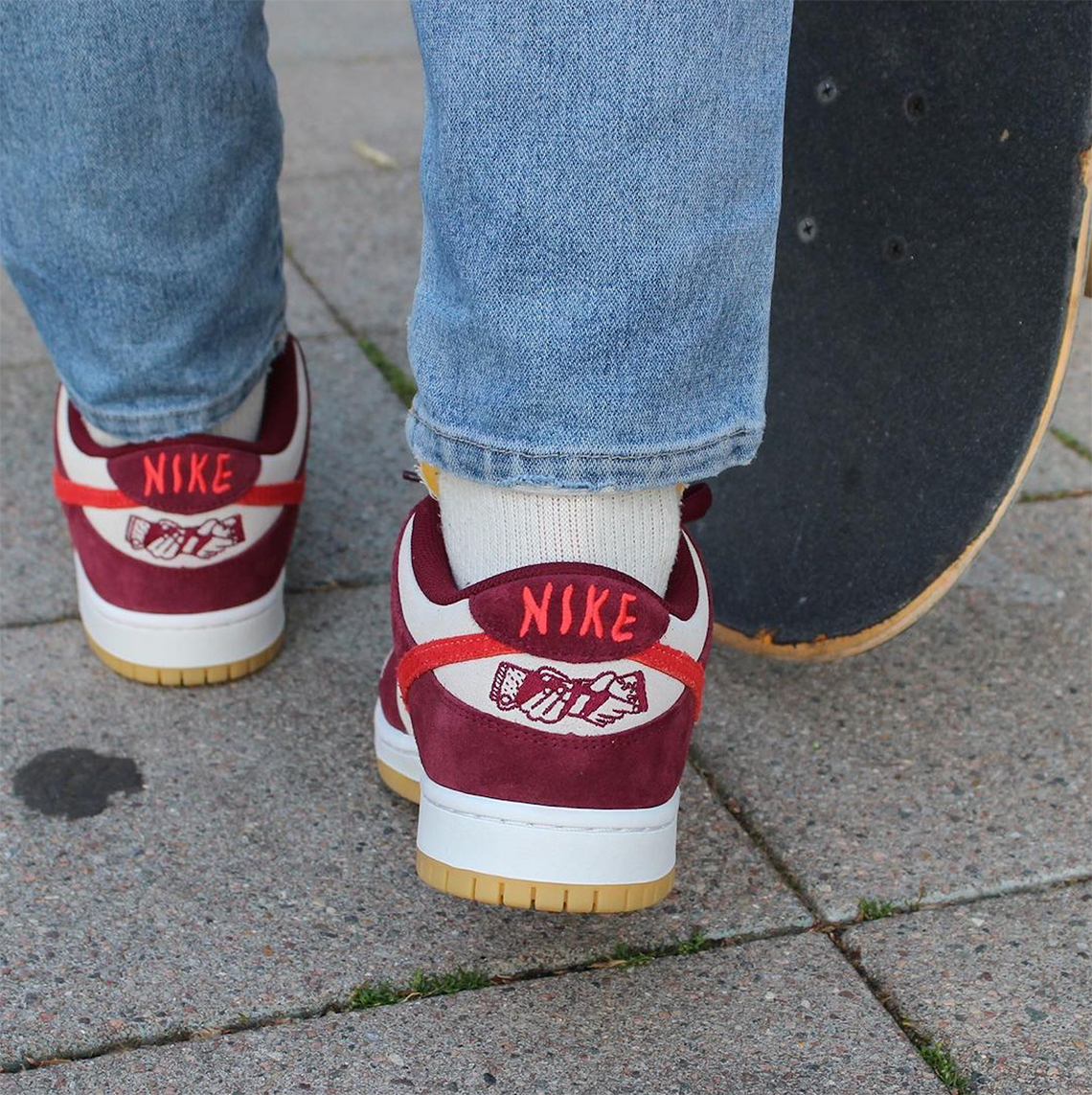 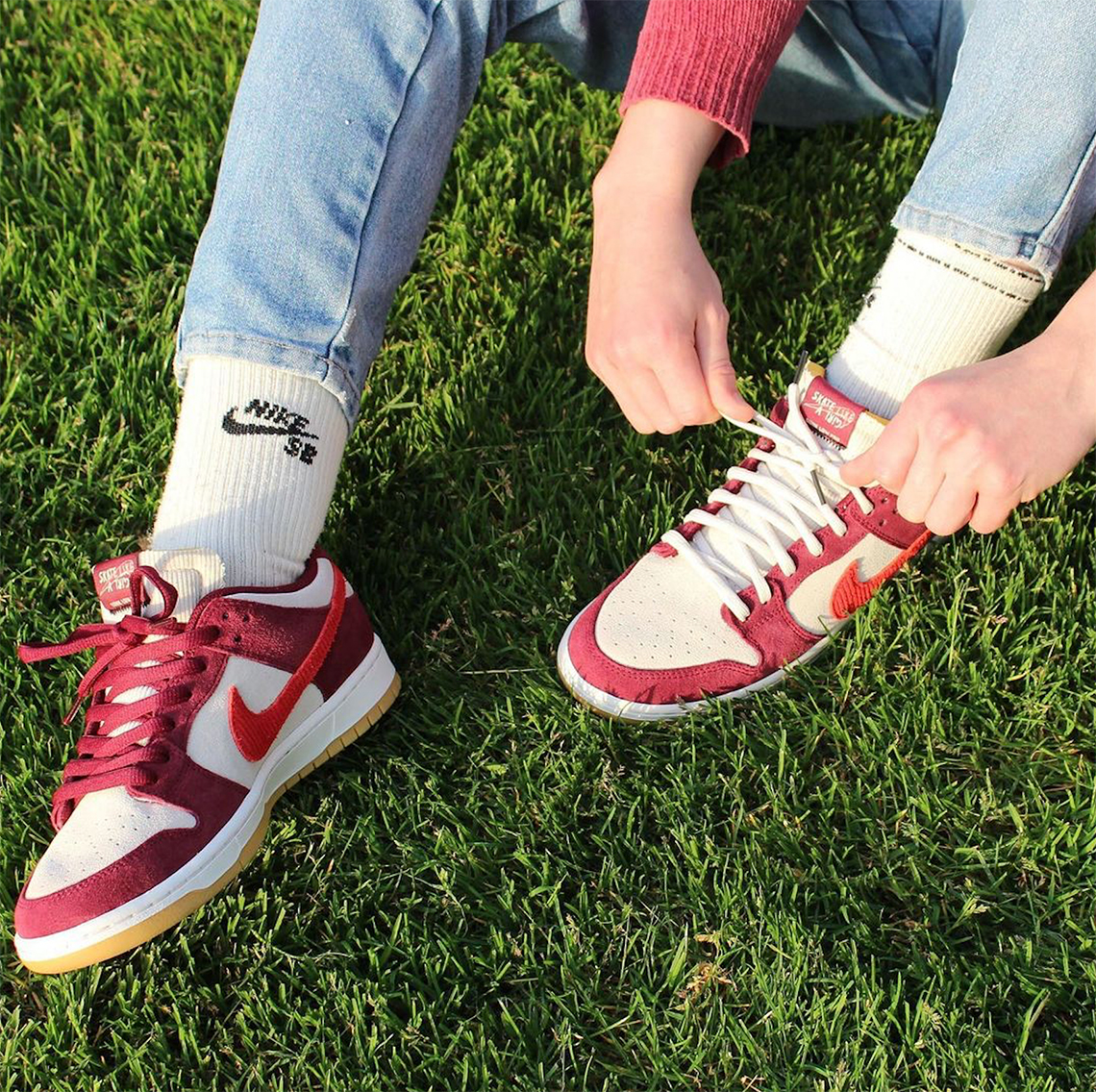 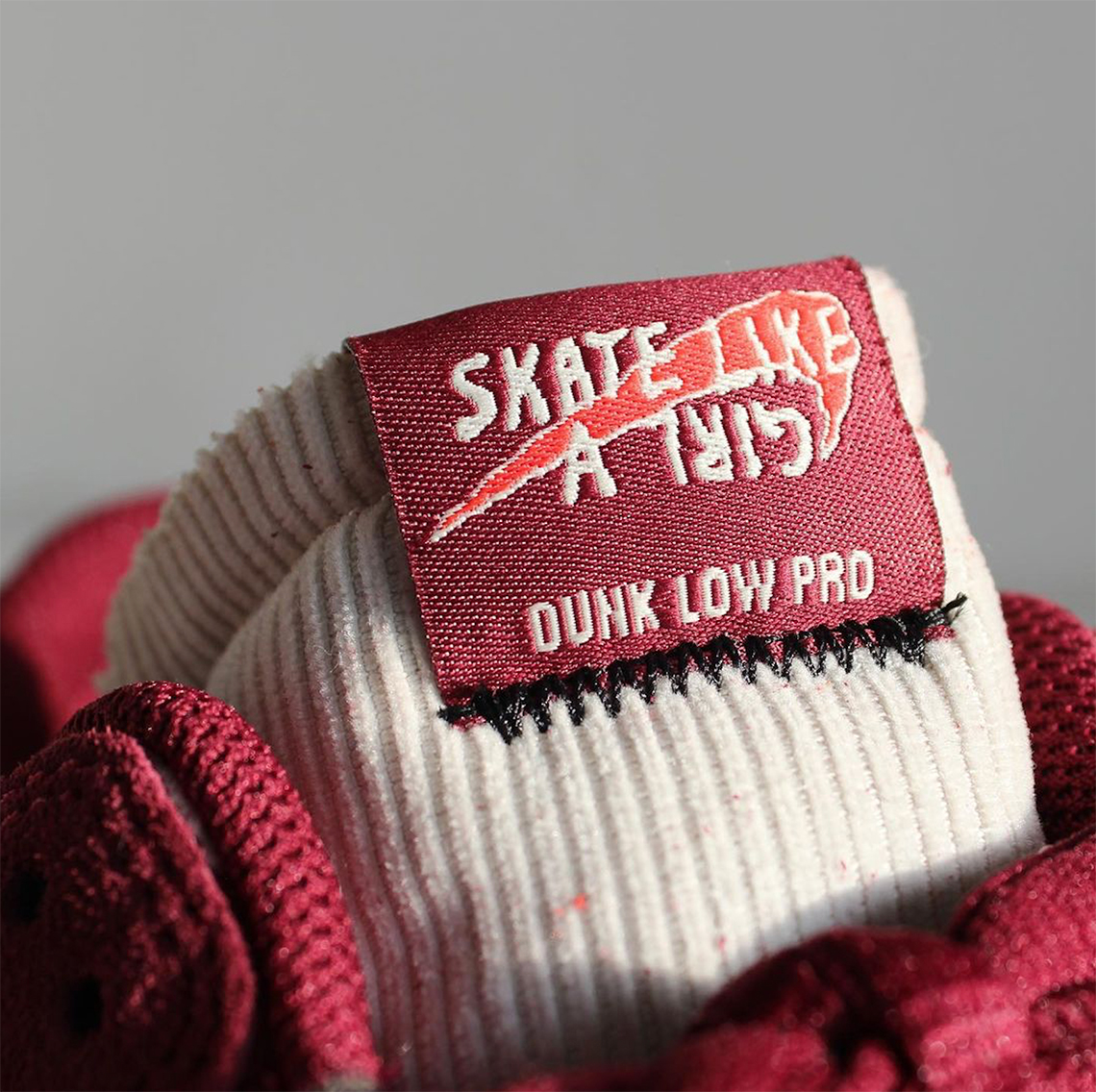 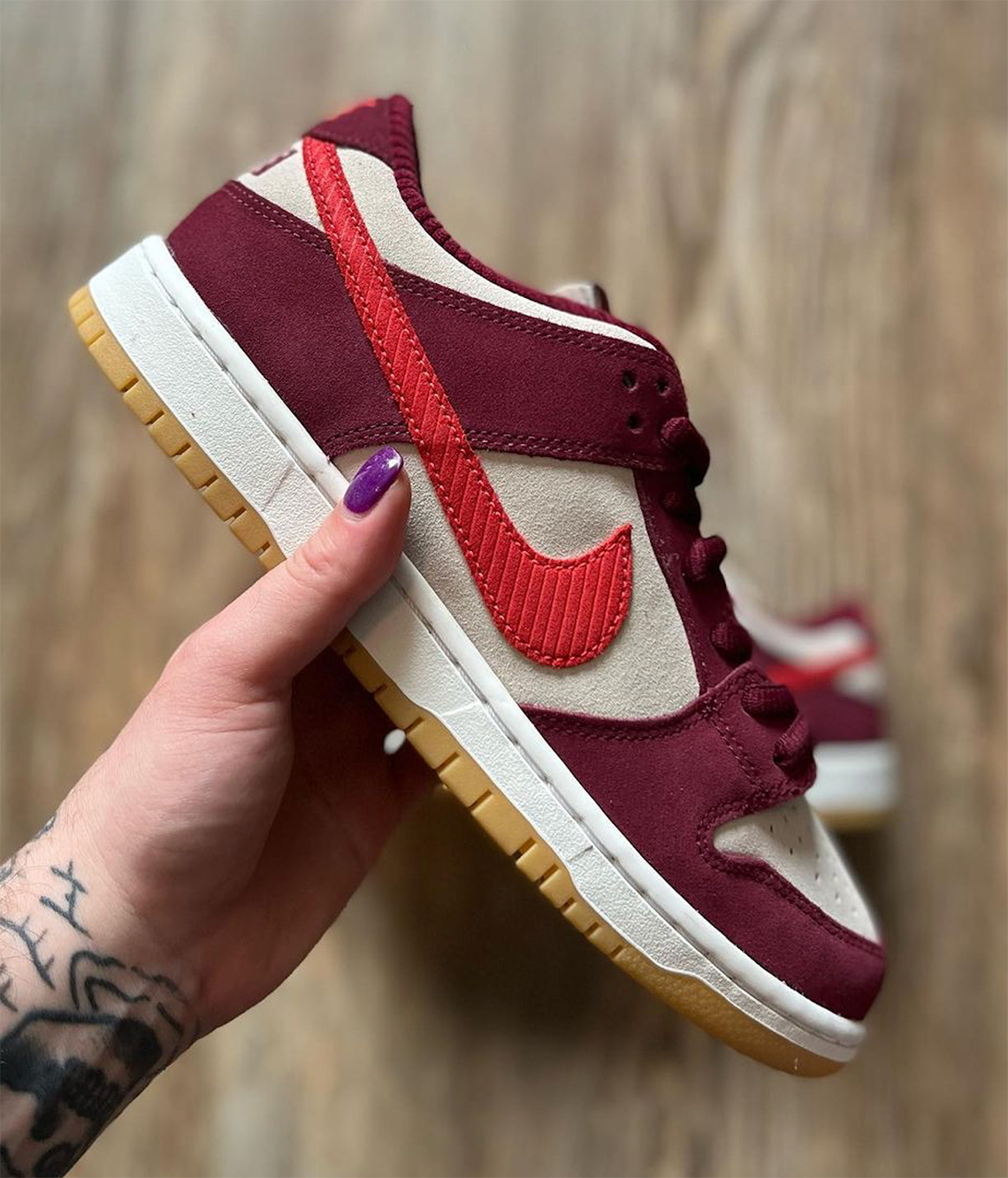 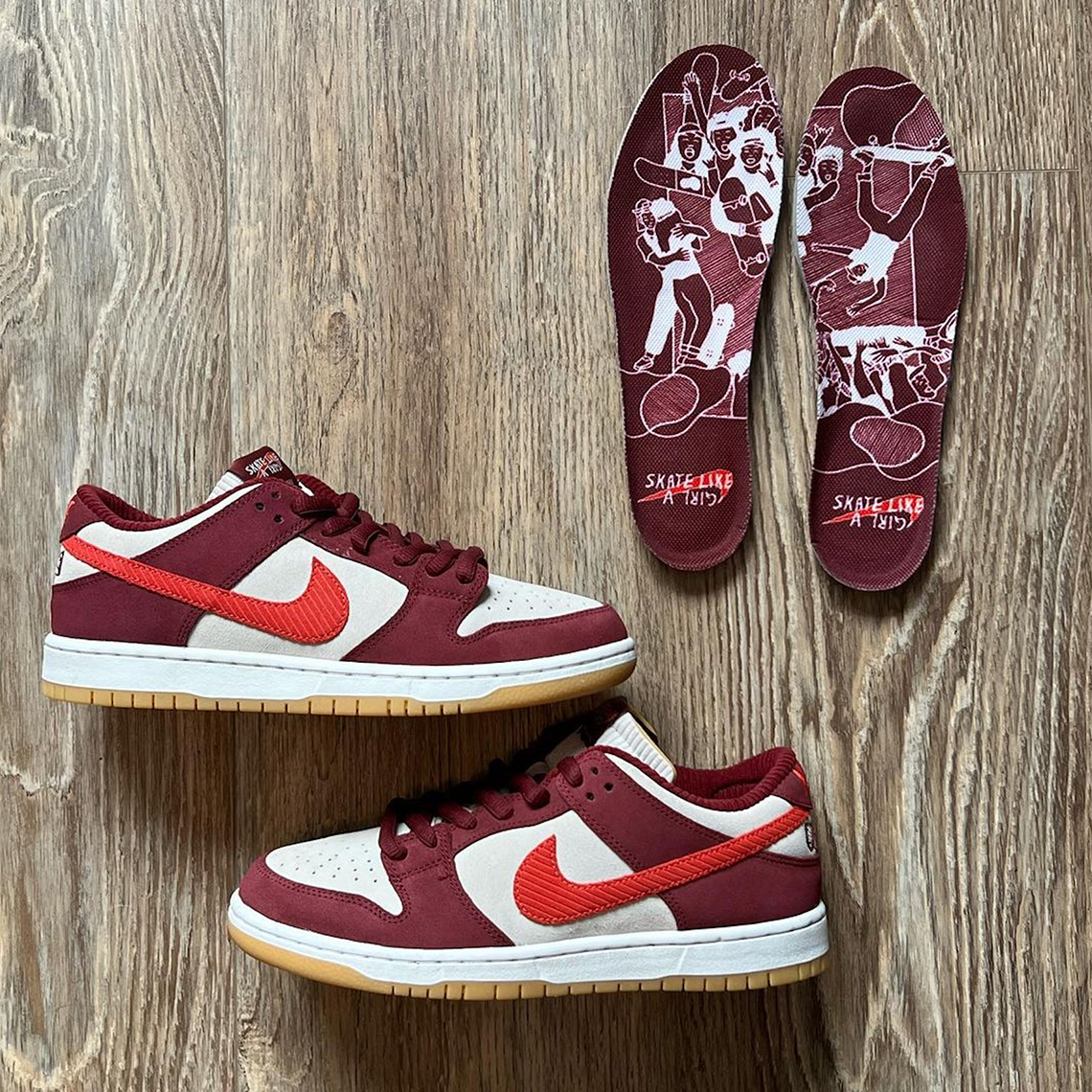 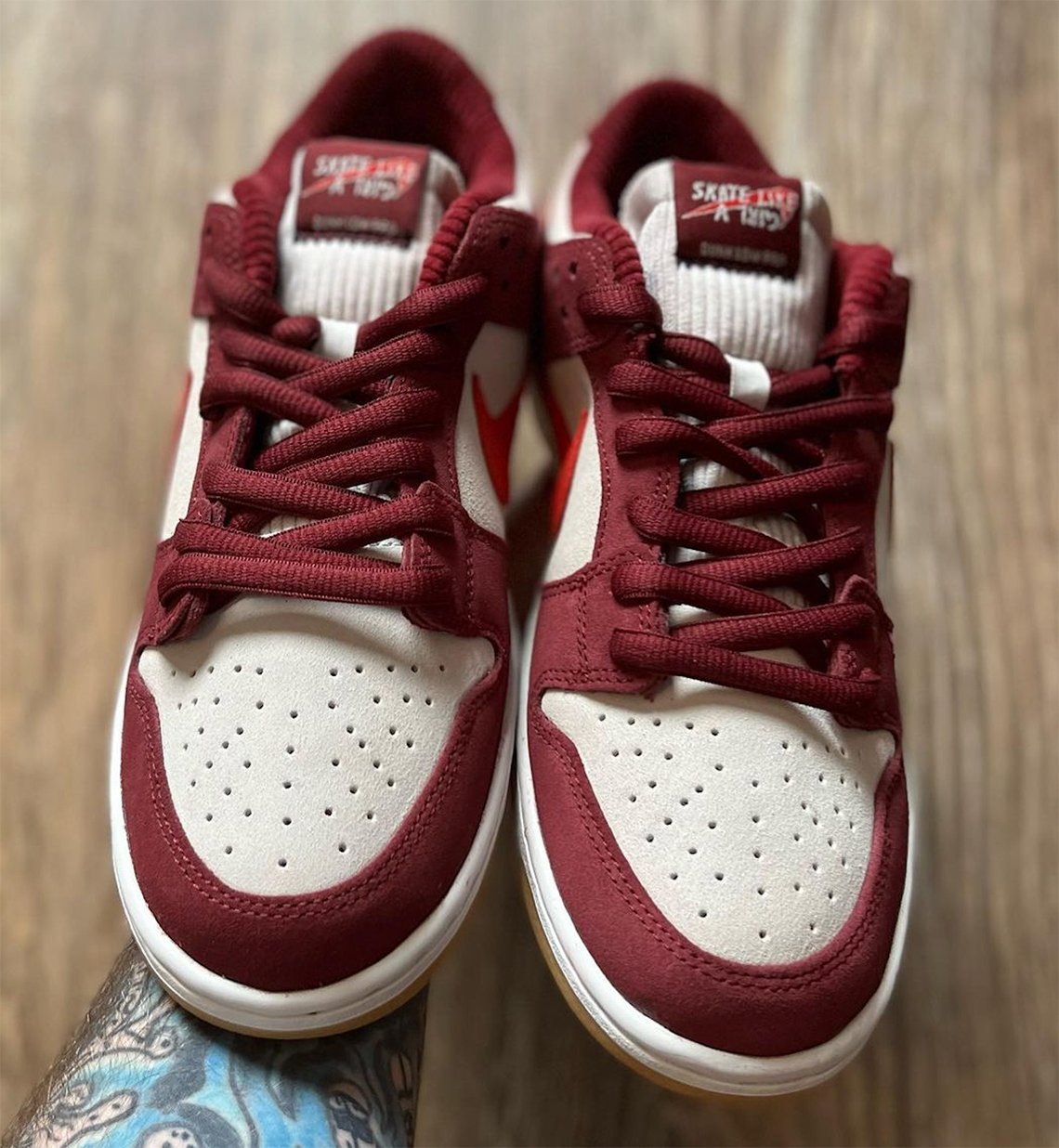 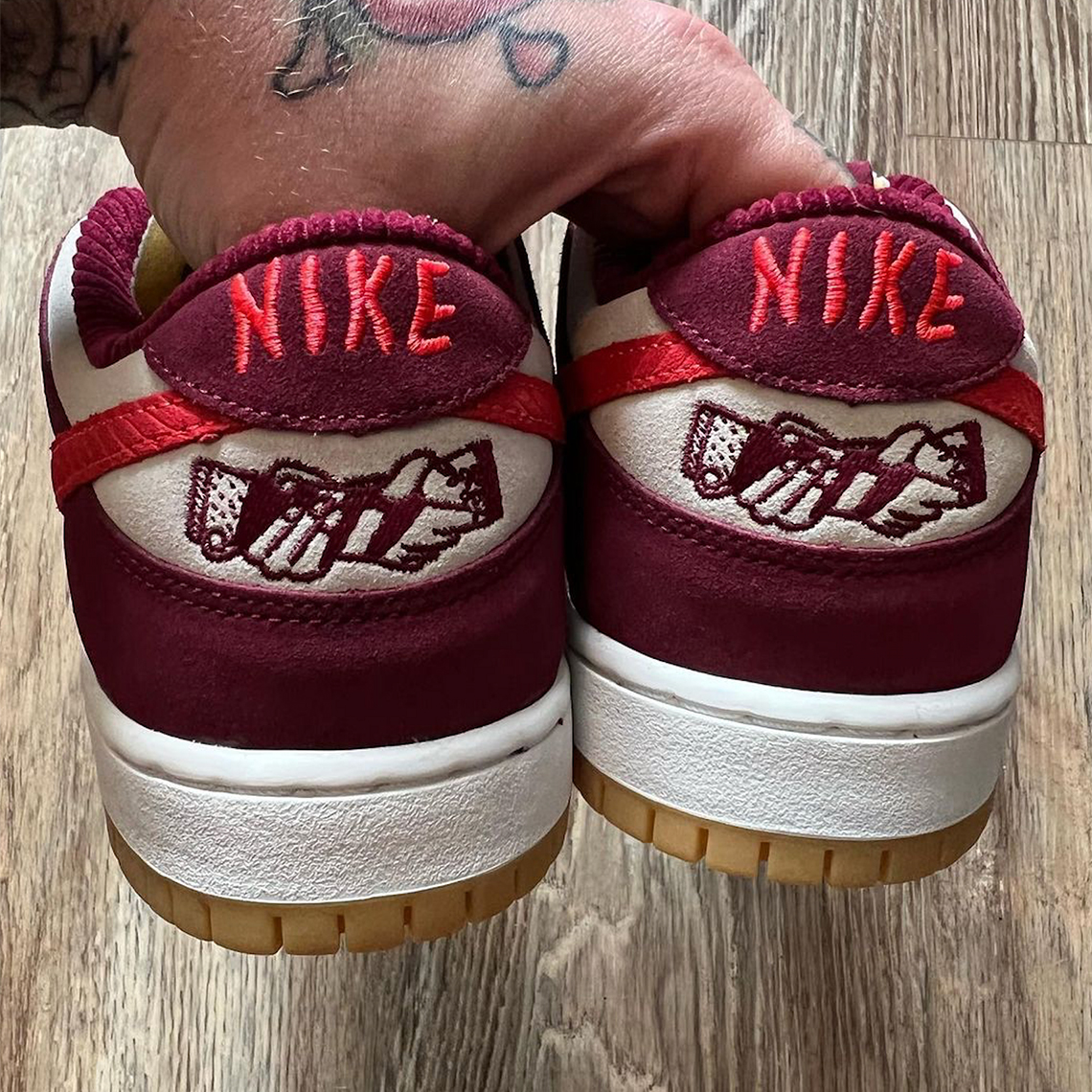 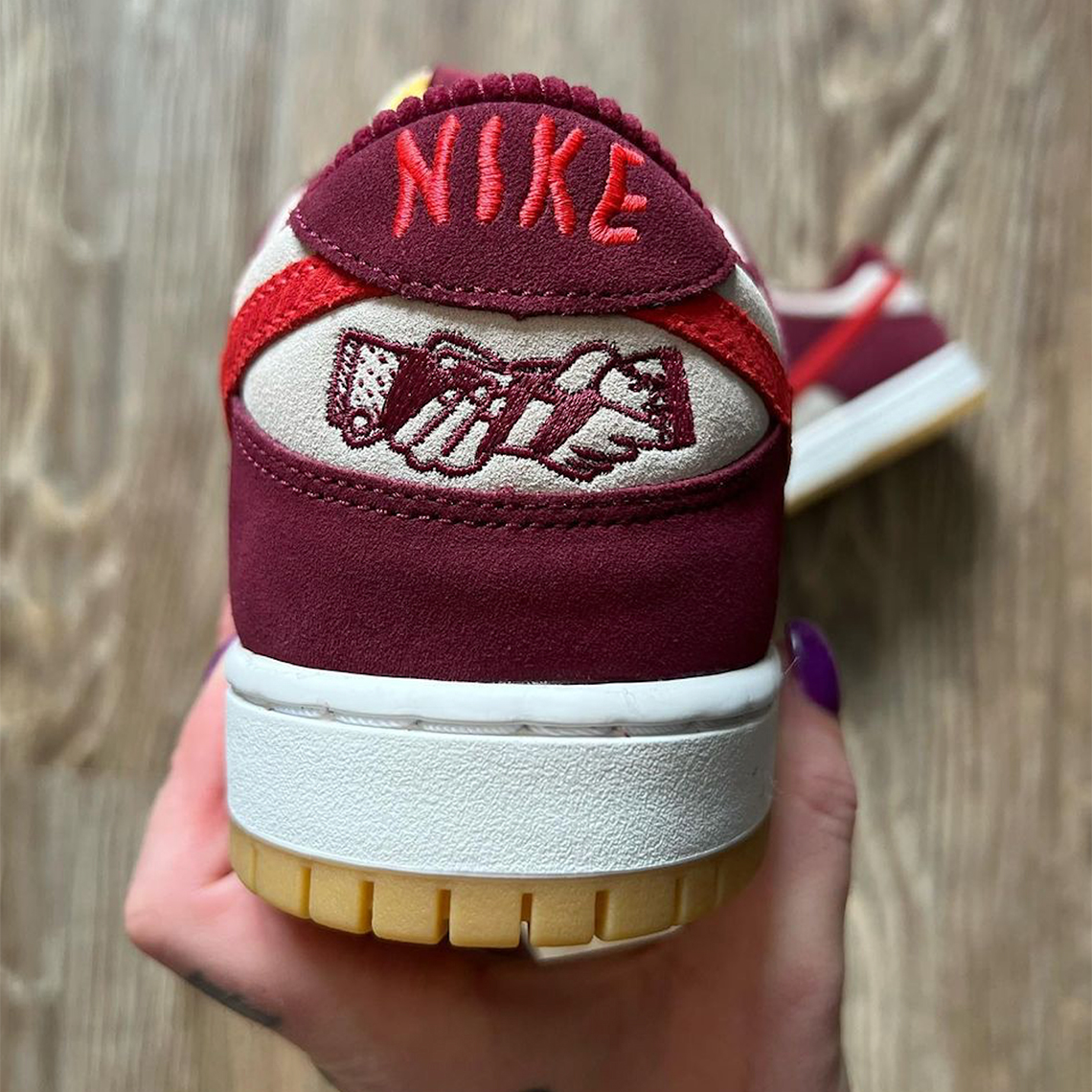 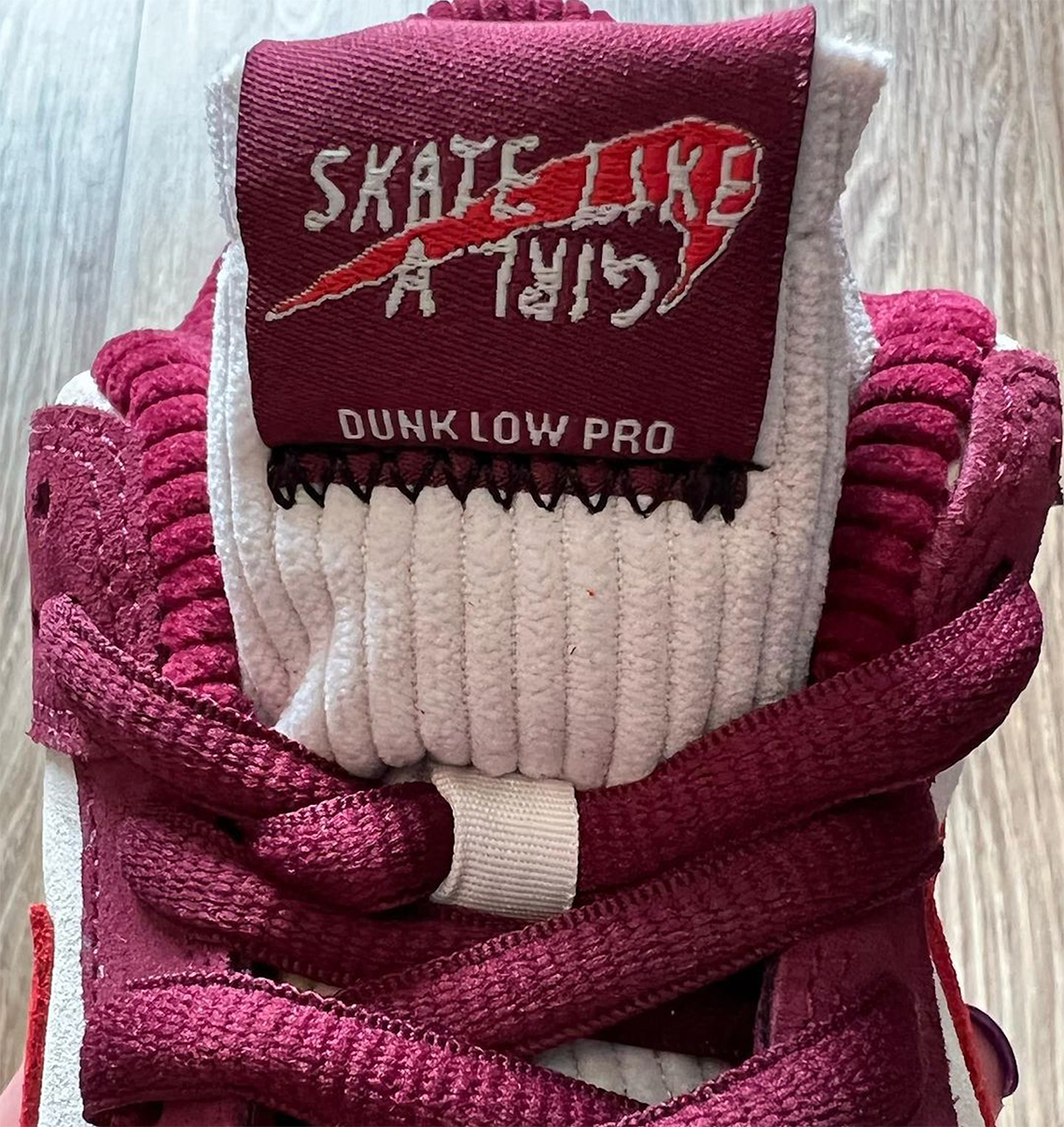