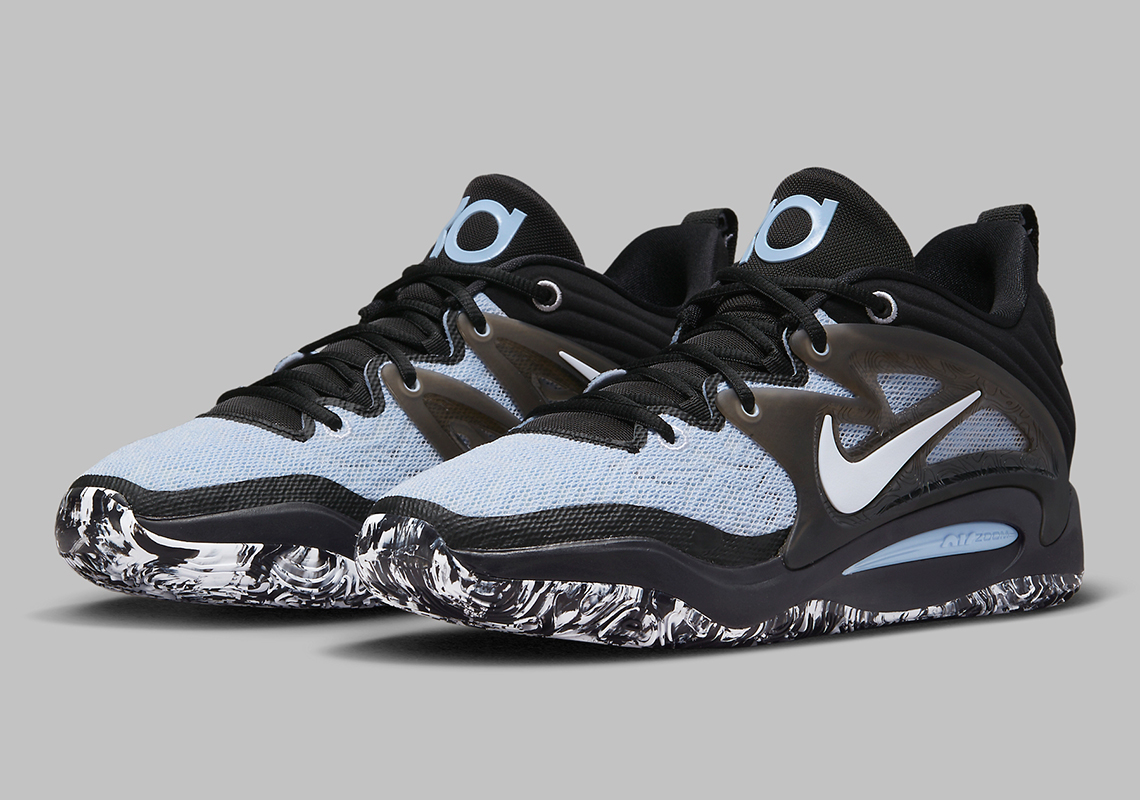 While the futures of Kyrie Irving and Ben Simmons in Brooklyn aren’t entirely set in stone, Nets fans can rest assured that the one known as the Easy Money Sniper will be residing around Fort Greene through the 2025-2026 NBA season. Despite the amplified attention around his sub-par Playoffs series against the Boston Celtics, Kevin Durant is still one of the top 5 players in the league, and the Nets will be among the notable championship contenders if his Nets squad is at full strength.

Affirming KD’s allegiance to Brooklyn is the return of this black/white colorway of his Nike KD signature shoe, once again marked by a marbling of his team colors on the rubber outsole. Still yet to debut at retail, this KD 15 model sees a 3D-printed heel mold, an exterior cage, and low-top cut inspired by the Zoom Jet Flight that was circulated over two decades ago. Adding a bit of character to the otherwise drab colorway is an icy blue on the engineered mesh upper, KD tongue logo, and Air Zoom piece at the midsole.

The Nike KD 15 in general is set to debut this month, but this particular colorway has a release date that is TBD. Stay tuned for updates.

In other basketball signature shoes, did you see the official images of the Jordan Zion 2? 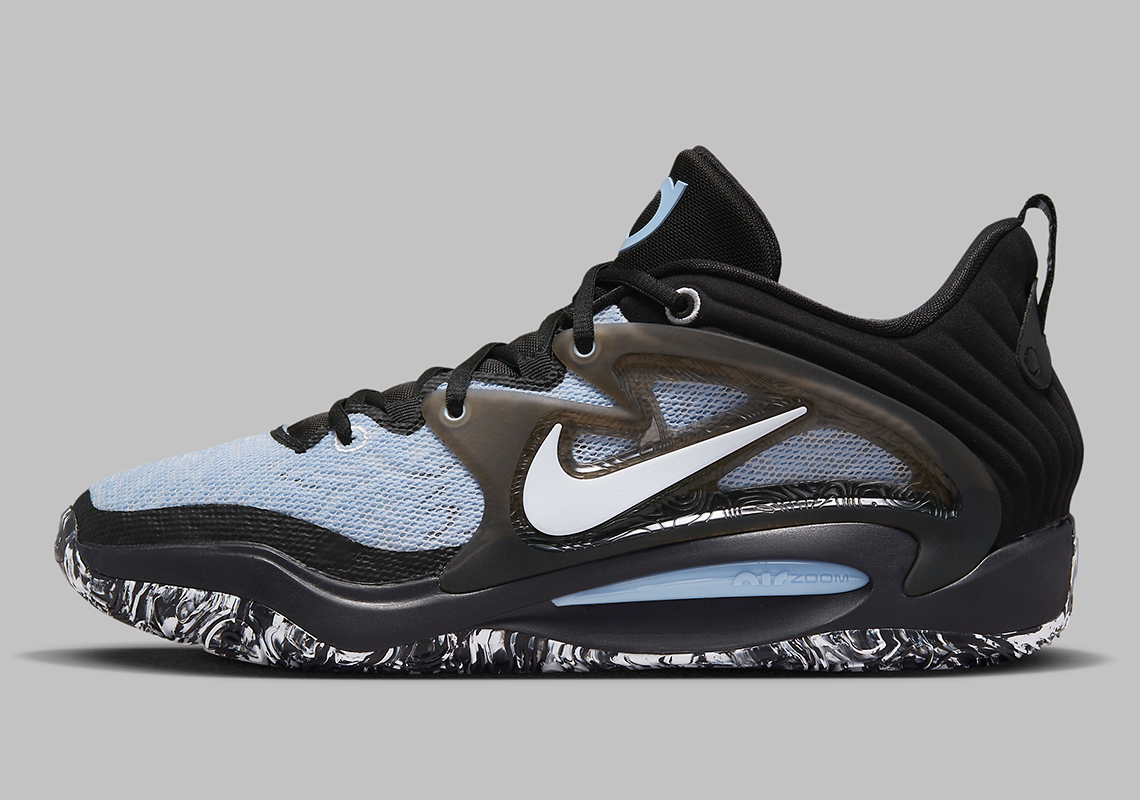 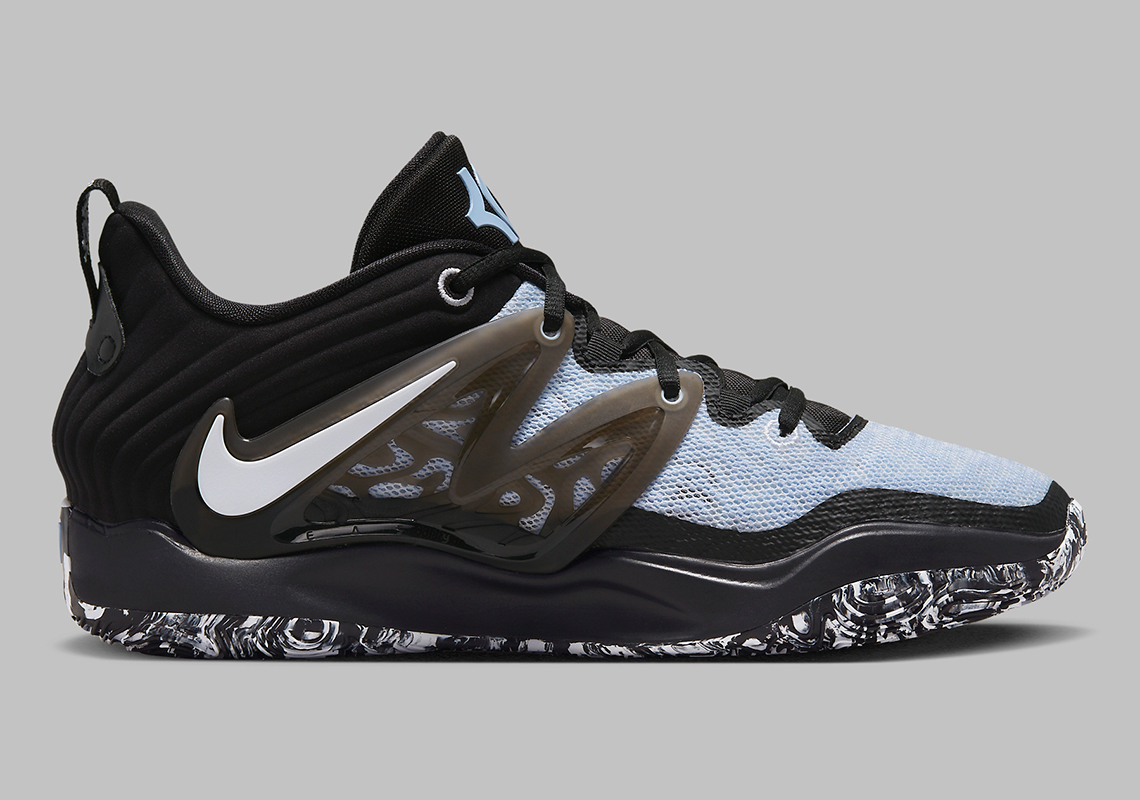 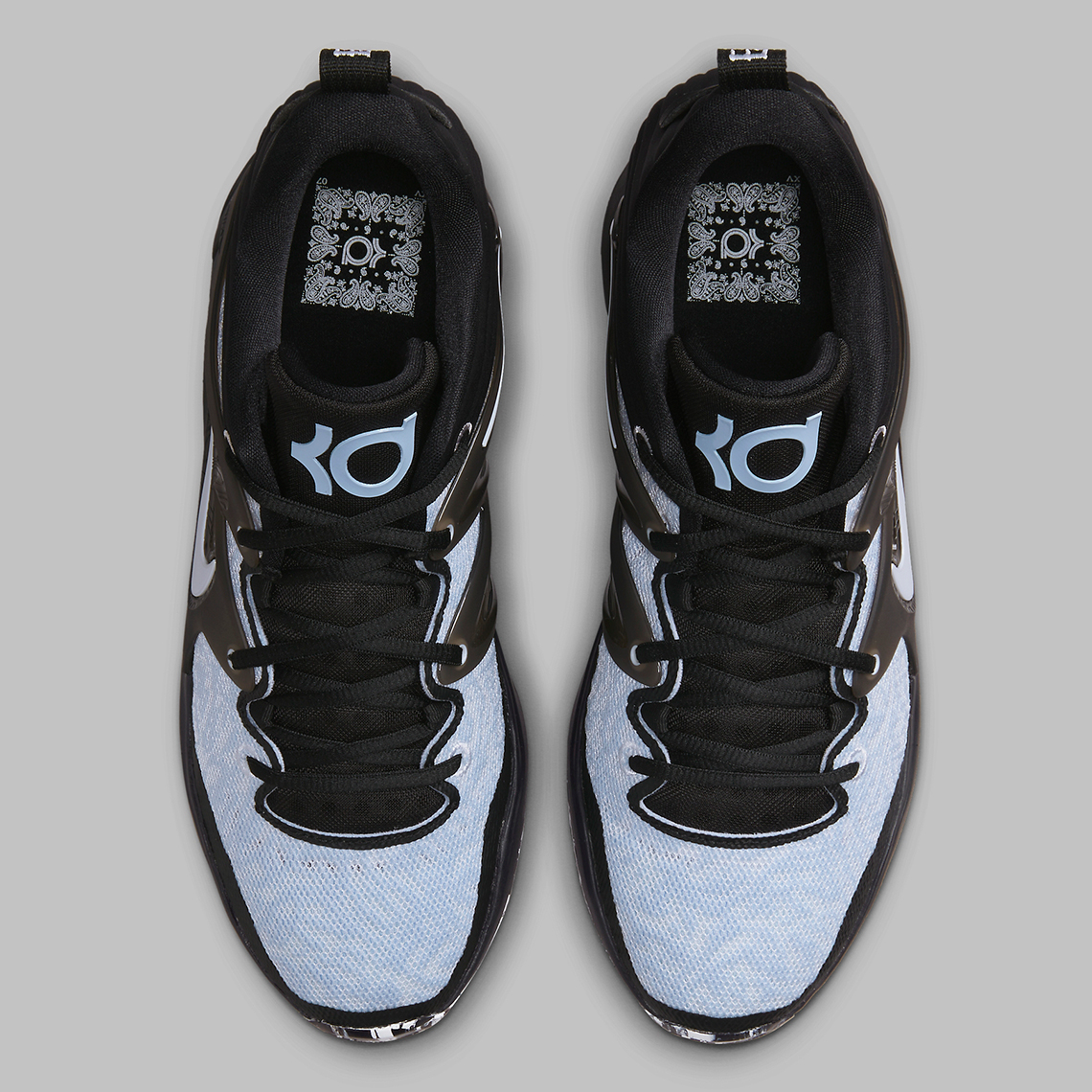 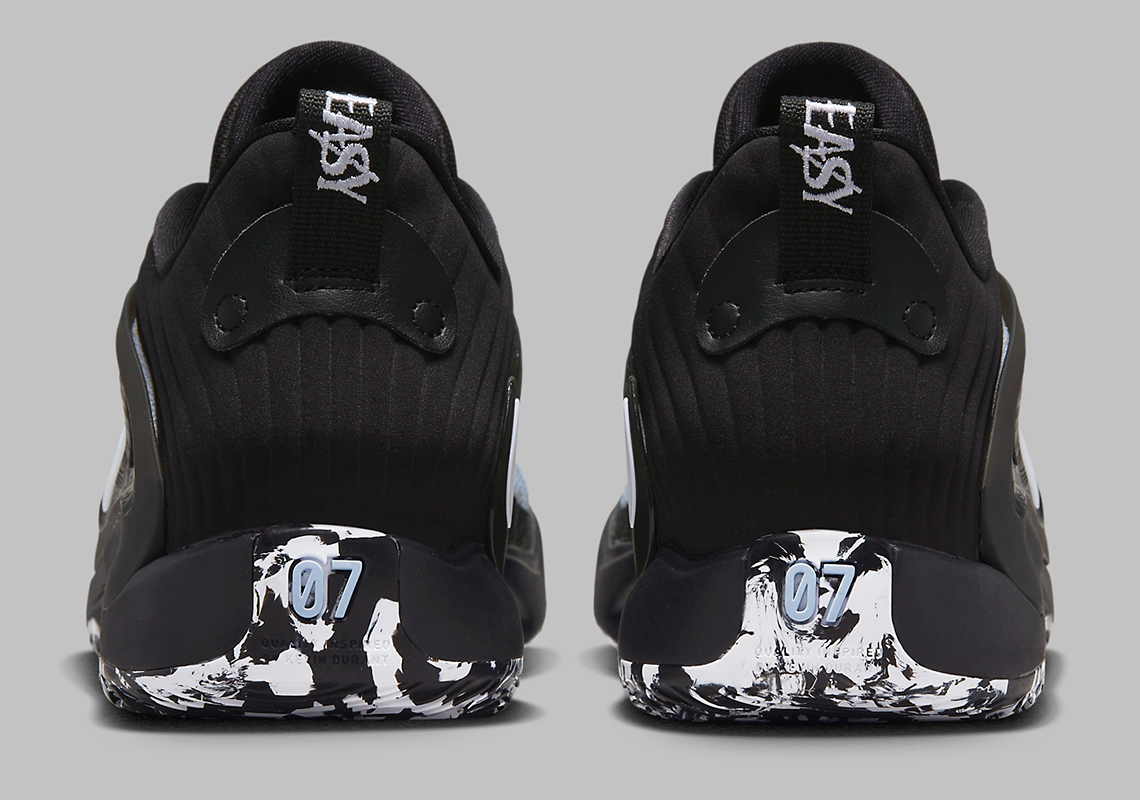 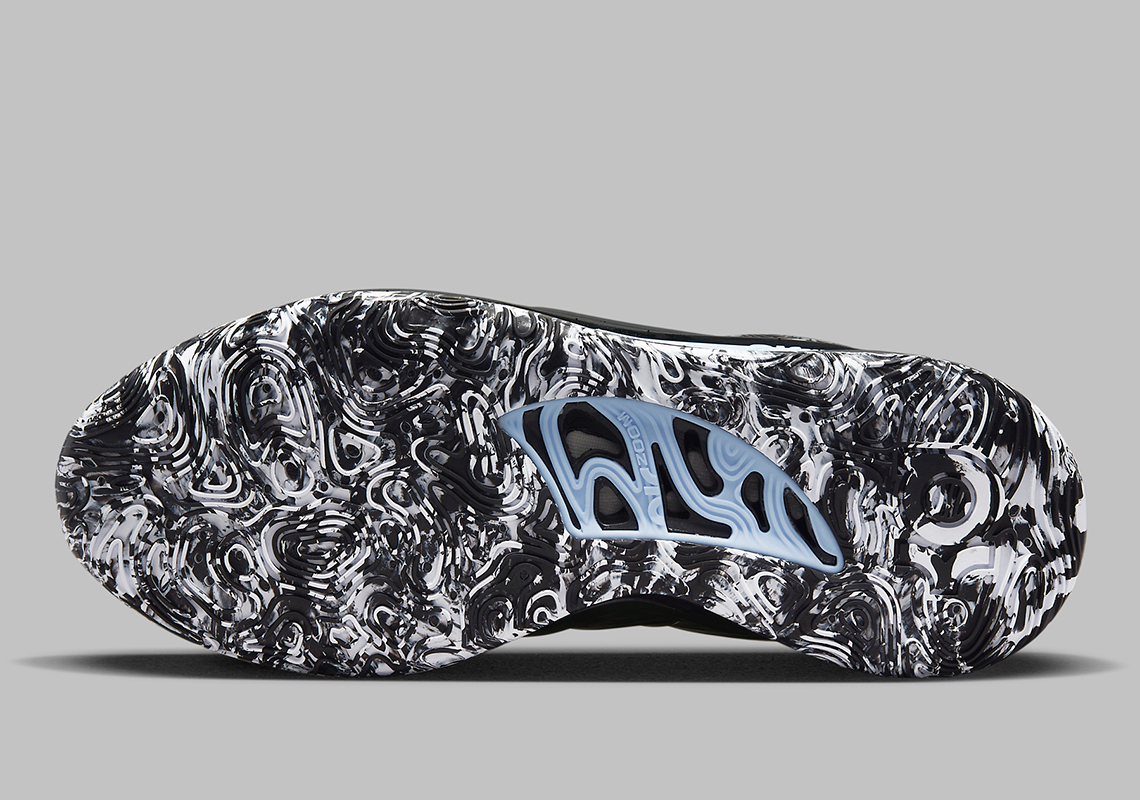 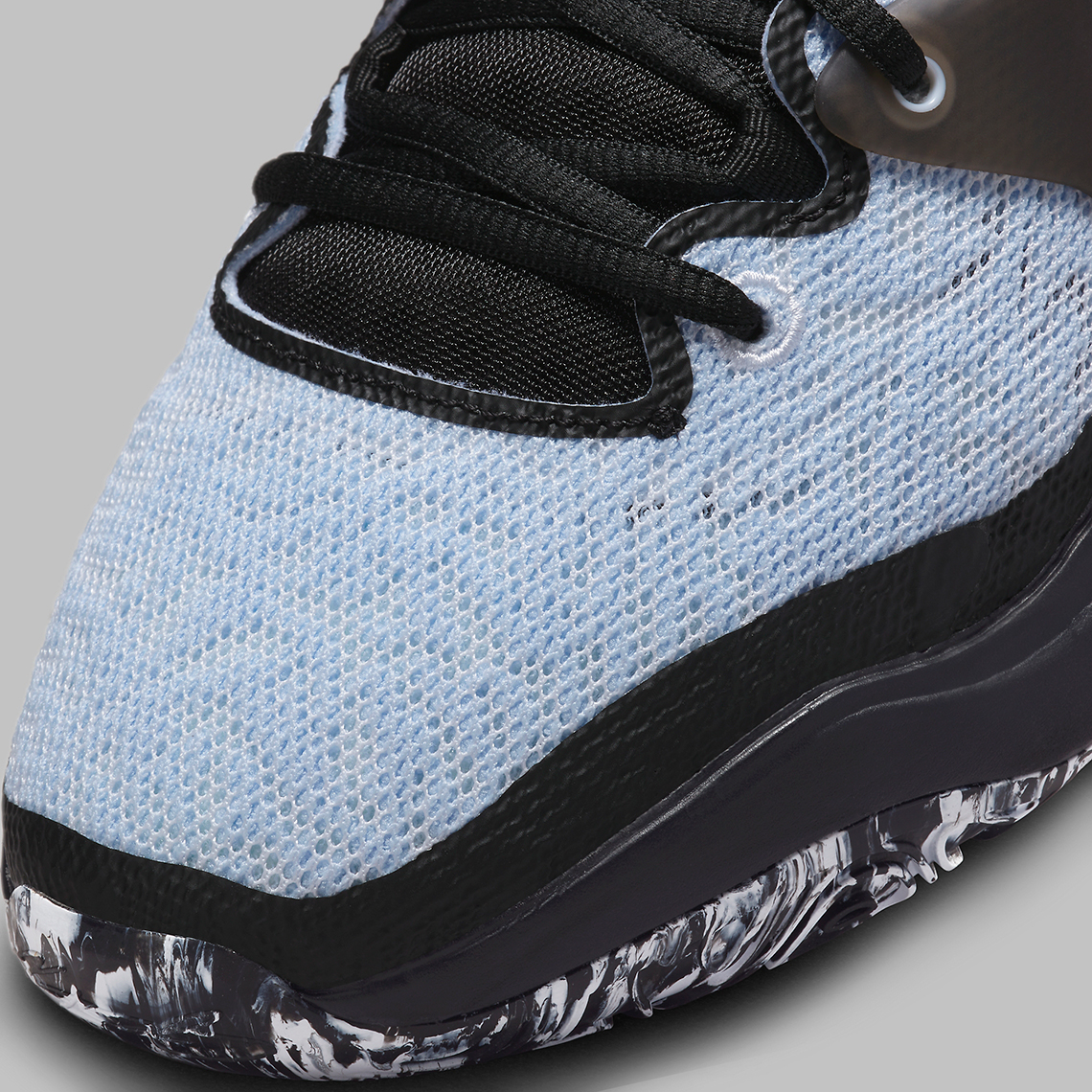 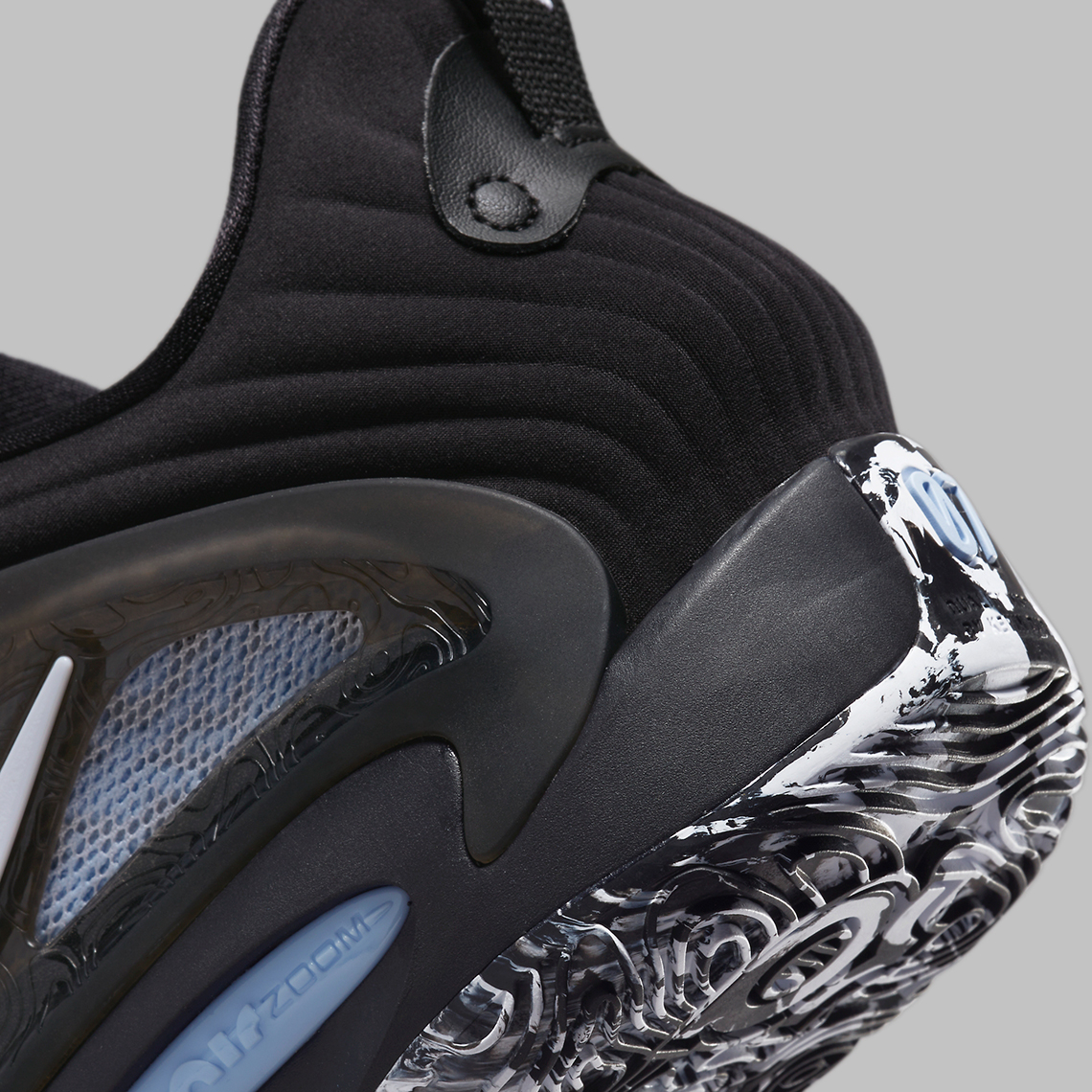