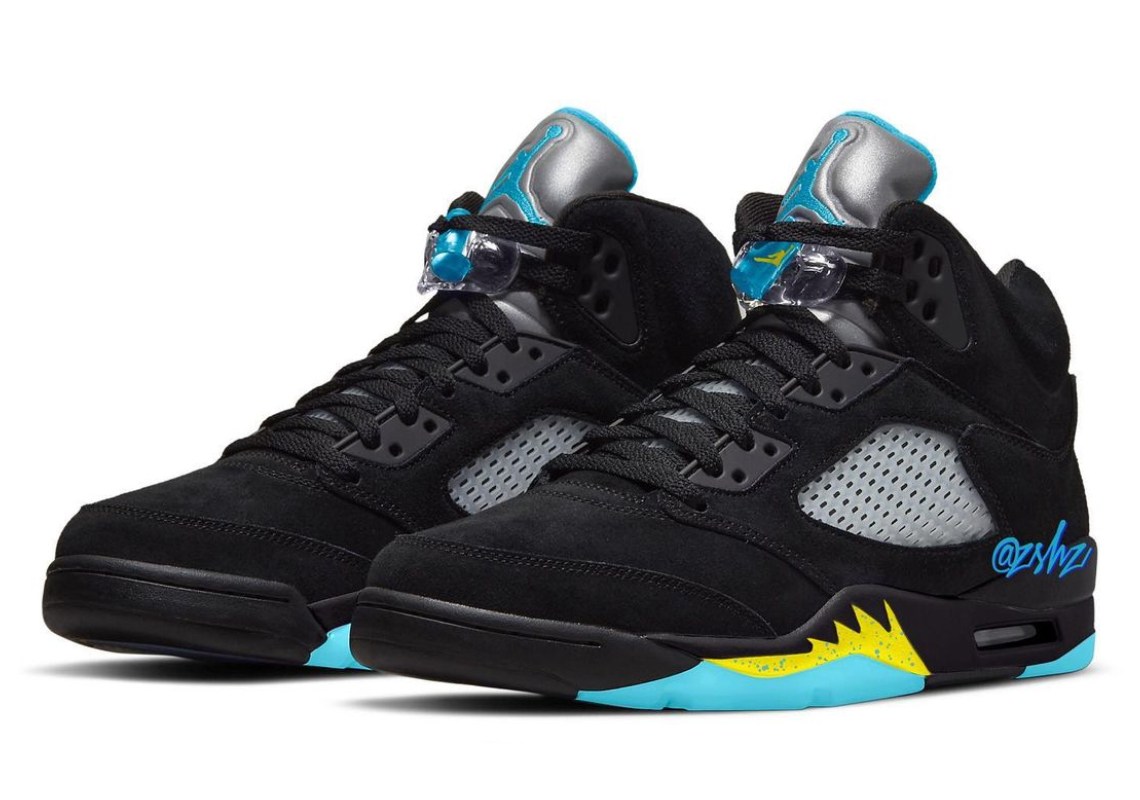 As 2022’s second-half gets underway, handfuls of Air Jordan releases for 2023 have begun joining the rumor mill.

Recently, a mock-up of an Air Jordan 5 “Aqua” appeared across social media channels, suggesting that NIKE, Inc. is revisiting the mid-1990s color palette next year. Predominantly clad in “Black,” the upcoming retro is expected to include eye-catching blue and yellow accents at the lace toggles, Jumpman branding and tongue’s underside, as well as the shark teeth-reminiscent details at the midsole. Semi-translucent traction underfoot is also rumored to indulge in the vibrant color combination, which draws inspiration from the Air Jordan 8  “Aqua” that debuted in 1993 and celebrates its 30th anniversary in 2023. NIKE, Inc.’s retail version of the AJ 5 may not exactly resemble the initial mock-up included ahead, but it’s likely to include a similar arrangement as Michael Jordan’s eponymous label has been known for being self-referential while still maintaining a touch of novelty for the modern era.

Enjoy a first-look at what the Jordan 5 “Aqua” may look like ahead, courtesy of Instagram user @zSneakerHeadz, as you wait for a Nike SNKRS launch on January 21st, 2023.

For confirmed release dates left in the year, check out the Jordan 1 Reimagined “Chicago” scheduled to drop on October 29th.