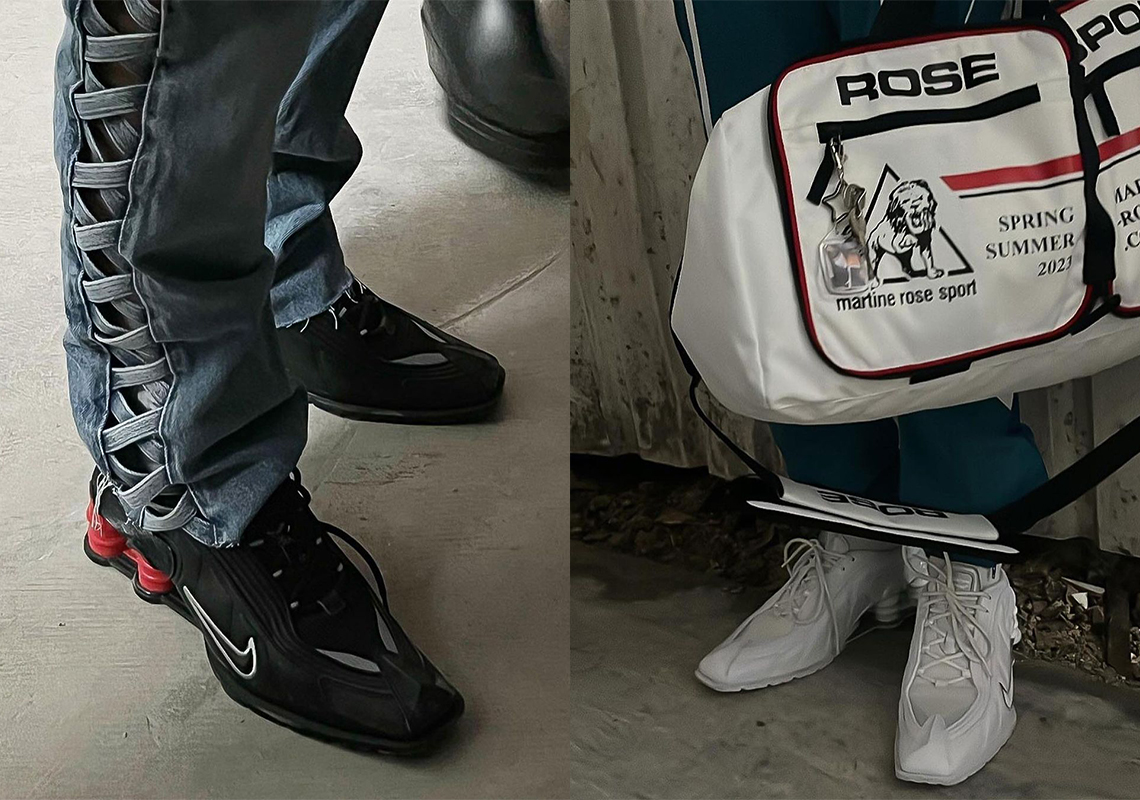 Back in 2019, Martine Rose crafted a subversive take on the Nike Air Monarch IV, fitting an upper to a tooling several sizes too small. And after three years without another collaboration, the London-based designer has joined the Swoosh yet again, presenting an equally unique Shox MR4 amongst her Spring/Summer 2023 collection.

Known for her extremely brutalist loafers (among many other pieces), Martine Rose is no stranger to recontextualizing iconic styles. And here, with the Shox MR4, she’s morphed the silhouette into something more akin to a square-toed oxford. Though fitted with familiar details, such as the pistons across the heel and the Swoosh along its profile, the collaboration’s shape is not unlike Nike’s usual; instead, its sleeker, tapering the materials of an athletic sneaker to a flattened point.

For a quick look at what Martine Rose has done with the Shox MR4 — which comes in both a black and white colorway — see below. As these appeared alongside the designer’s Spring/Summer 2023 collection, we won’t be seeing these on the shelves until next year. 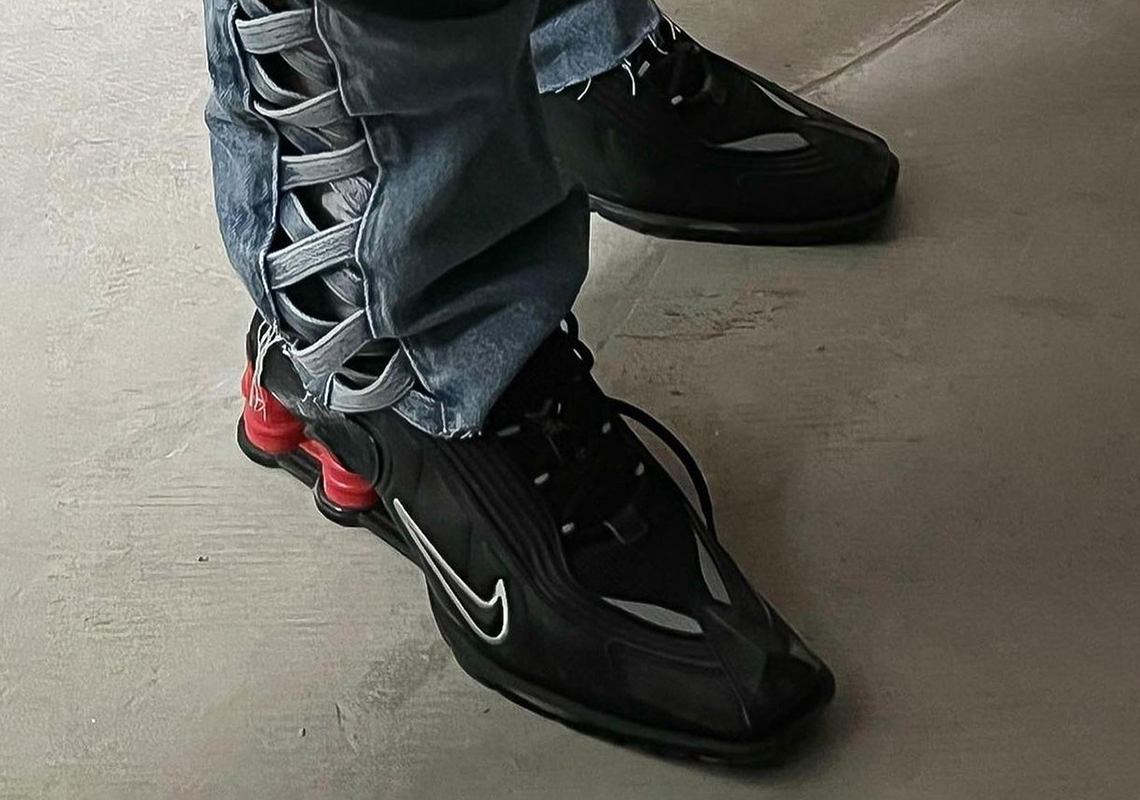 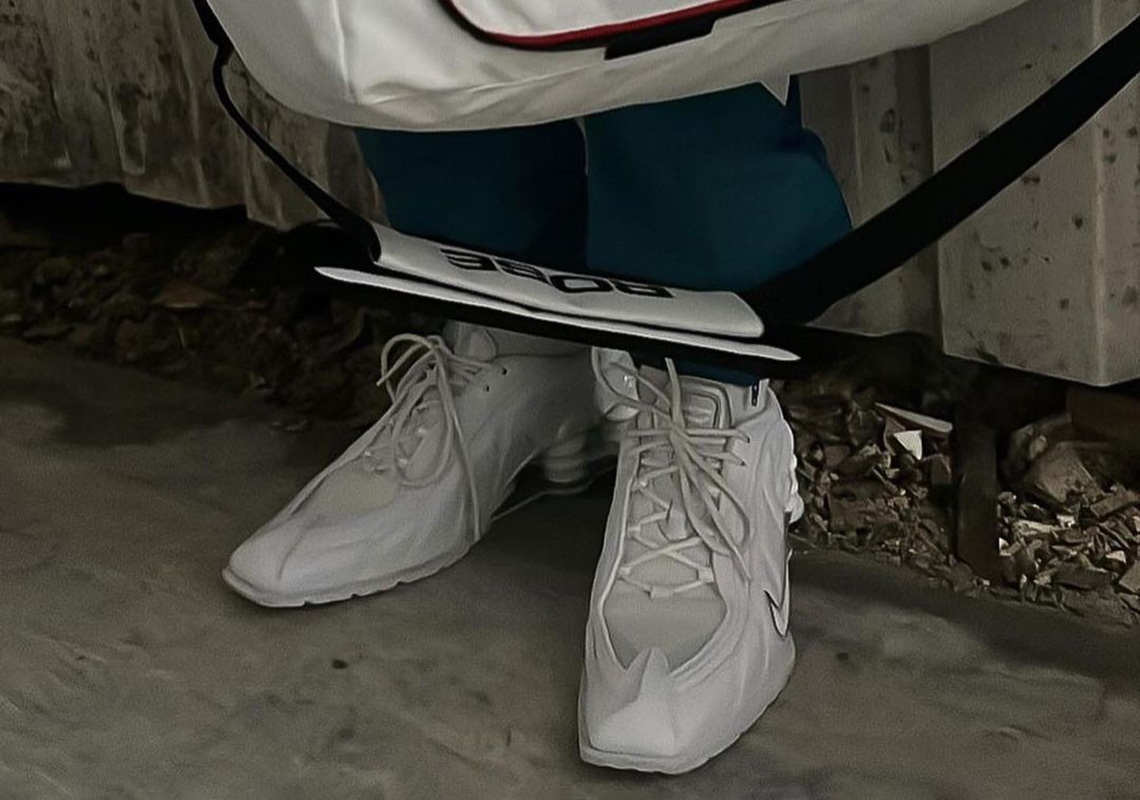