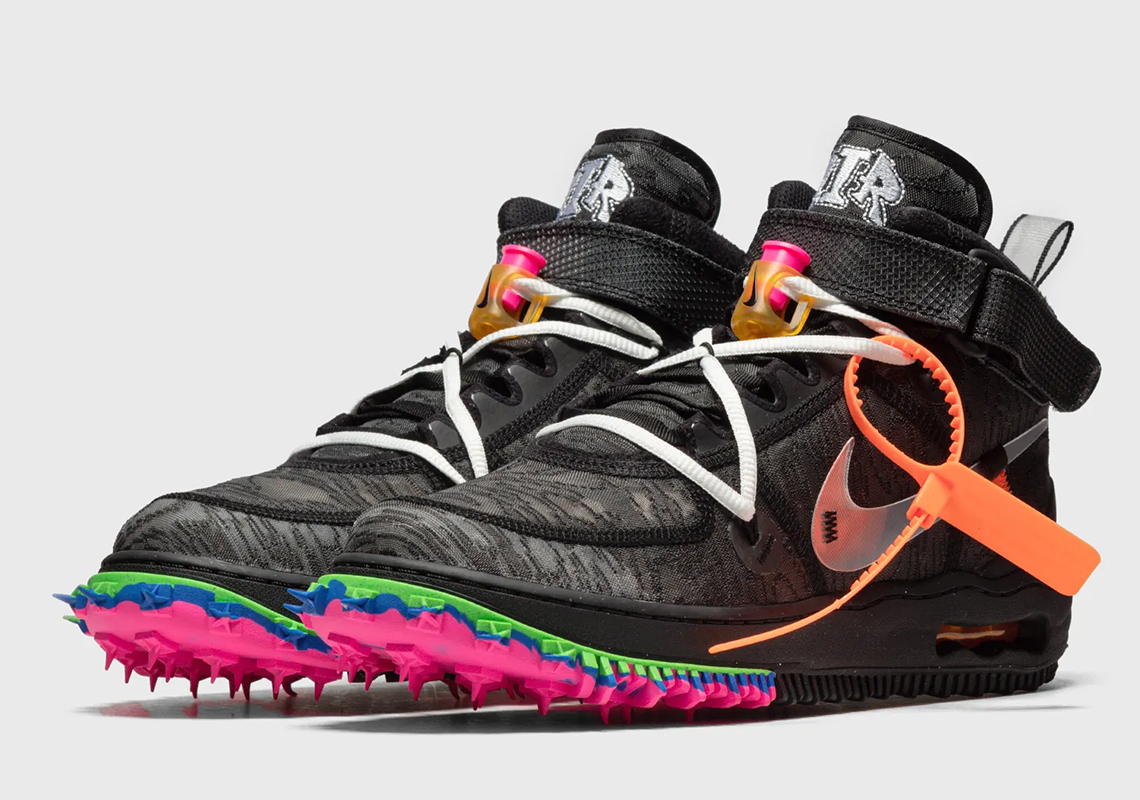 A mash-up of elements both new and familiar, the Off-White x Nike Air Force 1 Mid near completely reimagines the original silhouette. The shape is still intact, however, only remade with a synthetic textile, whose weave features a wave-like pattern through. Moreover, familiar additions — like Helvetica text, a second lacing system, and stitched-on Swooshes — sit over top, neighboring new features like the lace toggle and graffiti-styled “AIR.” Below, the sole starts with nods to the Terra Kiger 5 and then quickly loses its shape, becoming more fluid towards the rear.

For another look at the Off-White x Nike Air Force 1 Mid “Black” ahead of the upcoming release, see below. These will hit a number of retailers and Nike SNKRS this Thursday, June 23rd; see below for more details.

In other news, the Air Jordan 9 Particle Grey is also releasing this week. 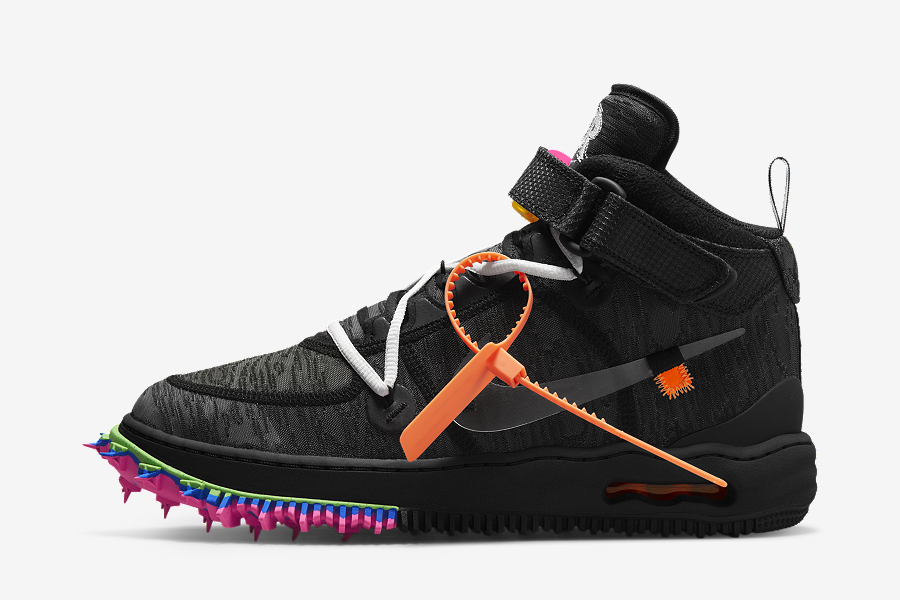 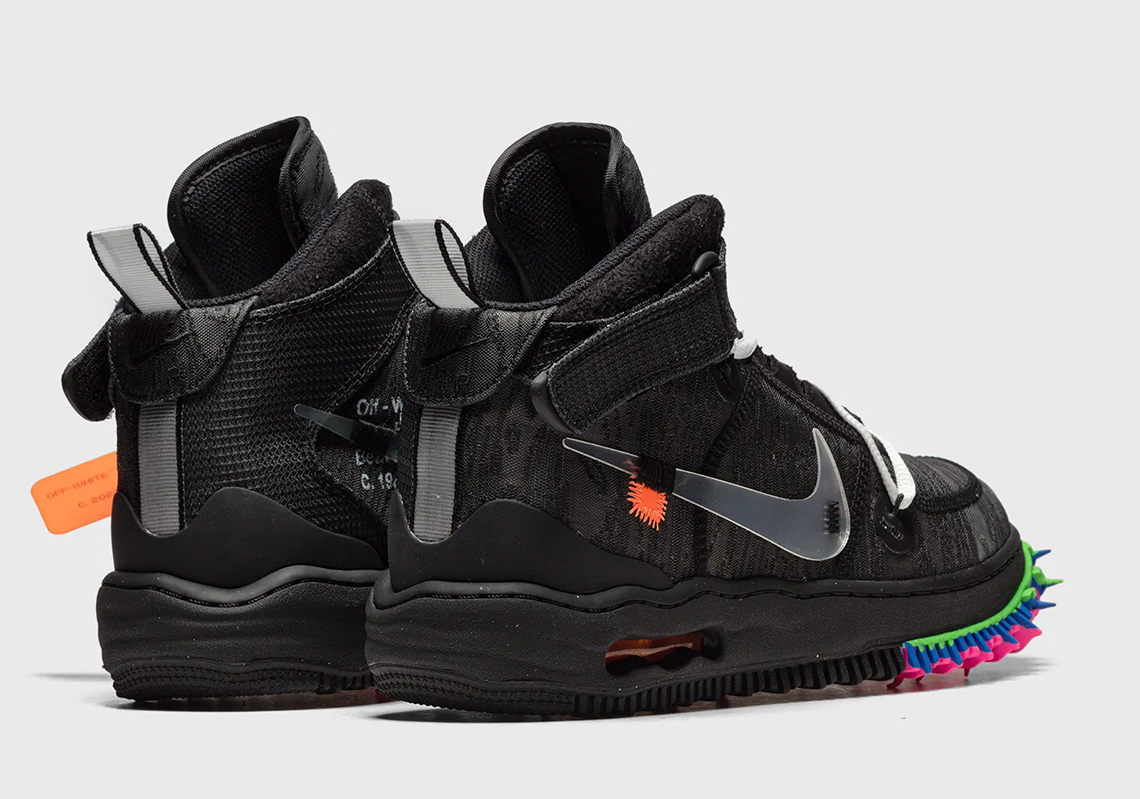 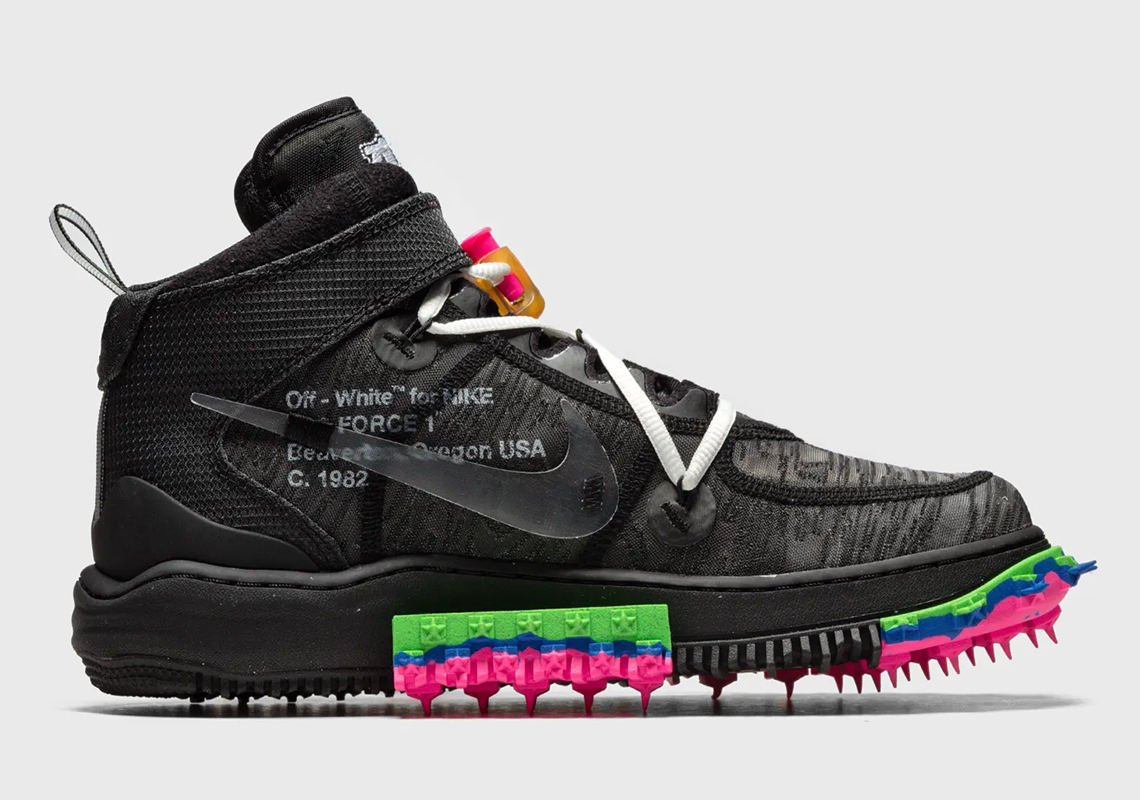 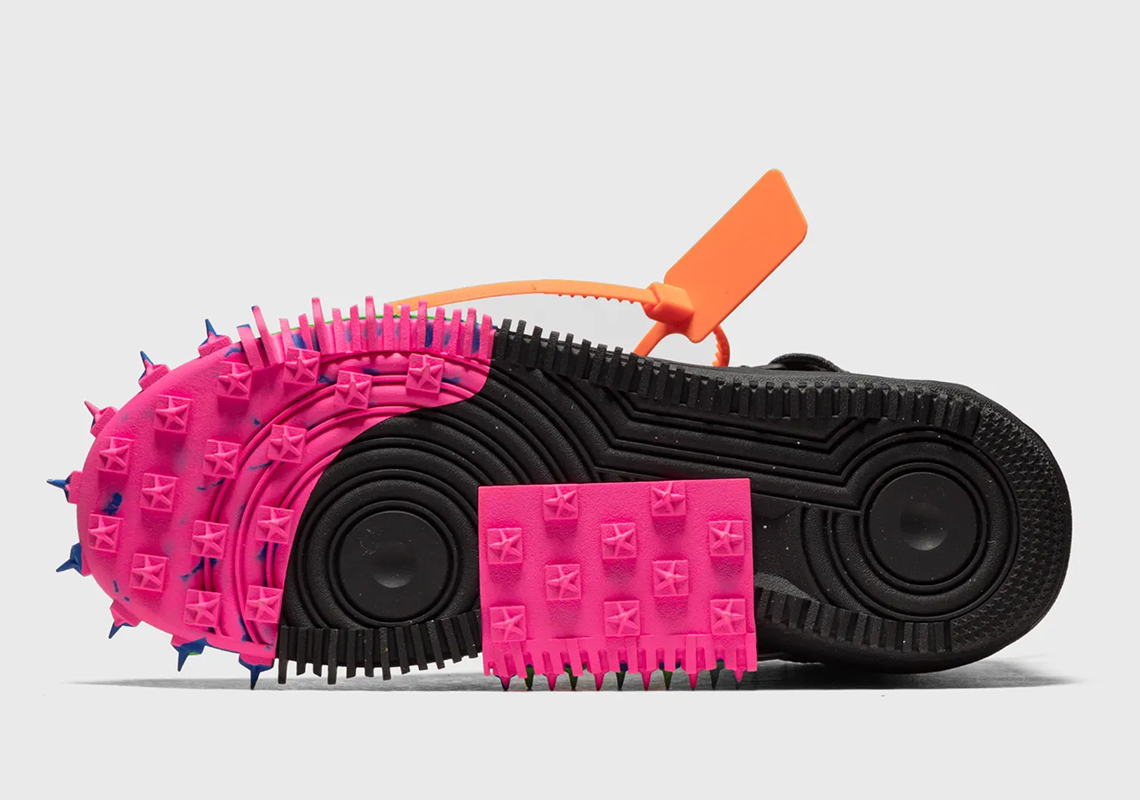