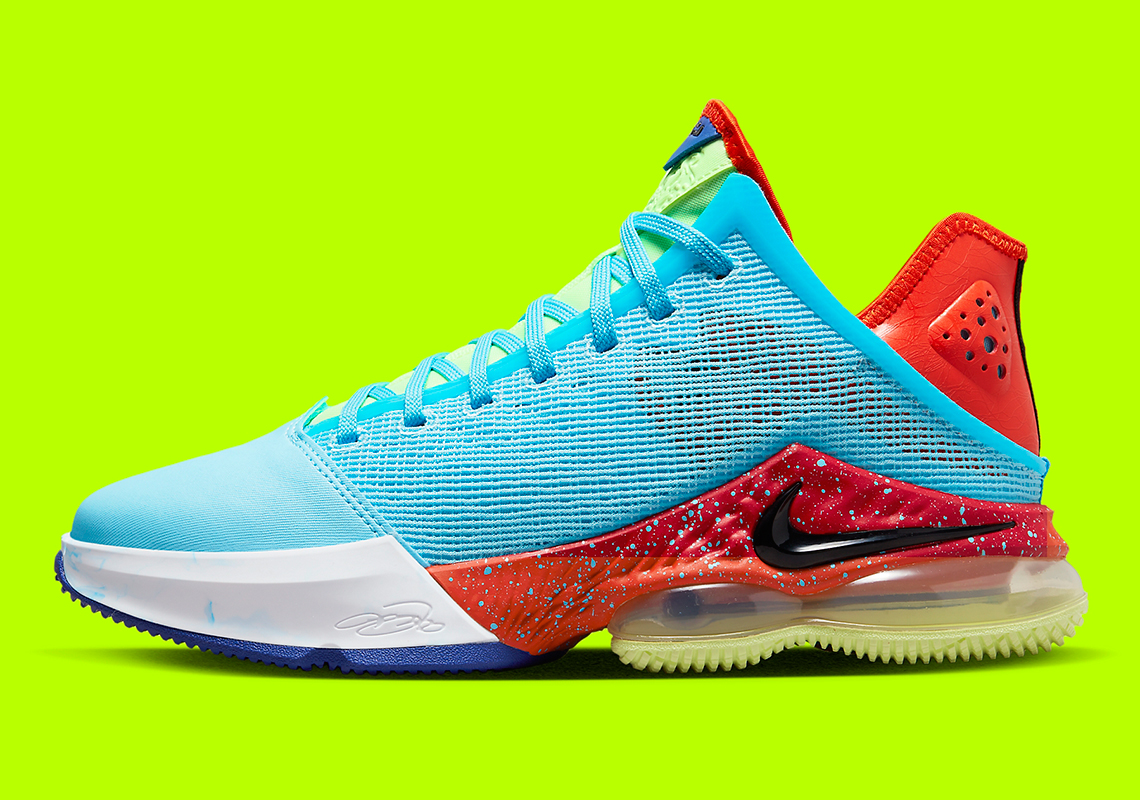 In anticipation for the LeBron 20, which could very well hit the shelves before the end of the year, Nike is dropping a few new colorways of the athlete’s previous signature, the LeBron 19 Low. And joining the “Light Crimson,” the “LeBronival,” and the mismatched pair revealed last month is yet another colorful option: the “Blue Chill.”

Said cool tone quickly assumes the helm, outfitting the shoe’s knit side panel, textile-dressed toe, and adjacent paint splatters. Additional blues, albeit ones much darker, can be found underfoot as well as on the tongue, while the rest of the construction indulges in bolder hues. The midsole and heel are predominantly finished in a bright red and orange, respectively, and the tongue features an equally loud pop of “Volt.”

For a closer look at this latest LeBron 19 Low, check out the official images below. These are reportedly expected to release later this August via Nike.com as well as select retailers.

In other news, more images of the Stussy Air Max 2015 recently surfaced. 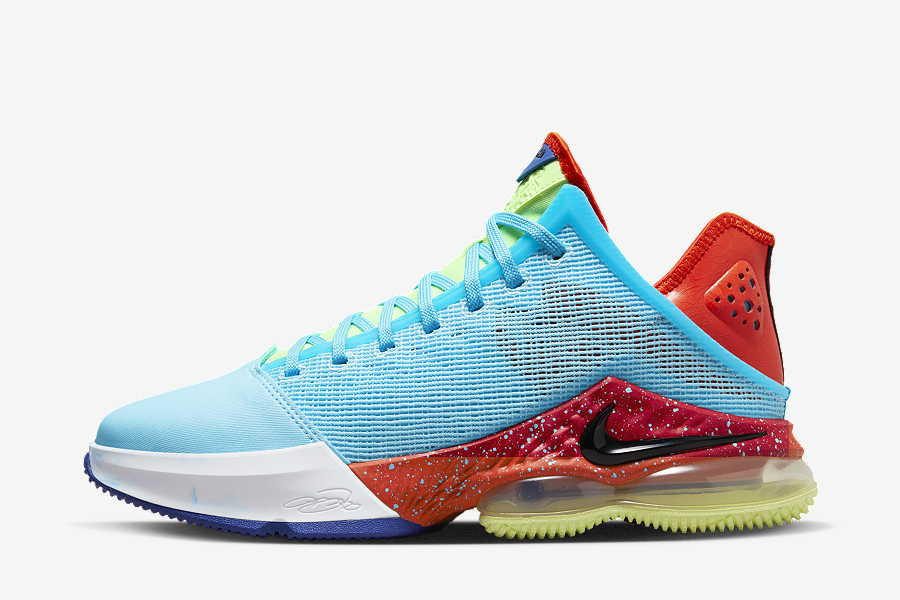 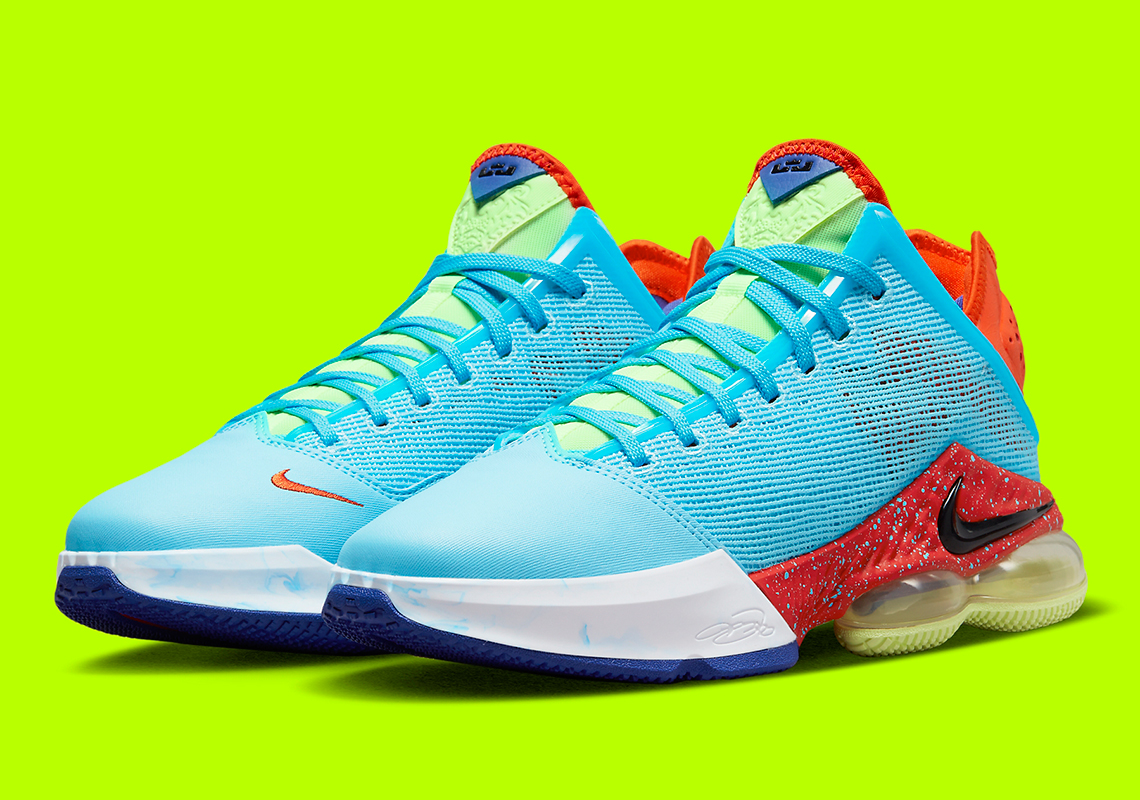 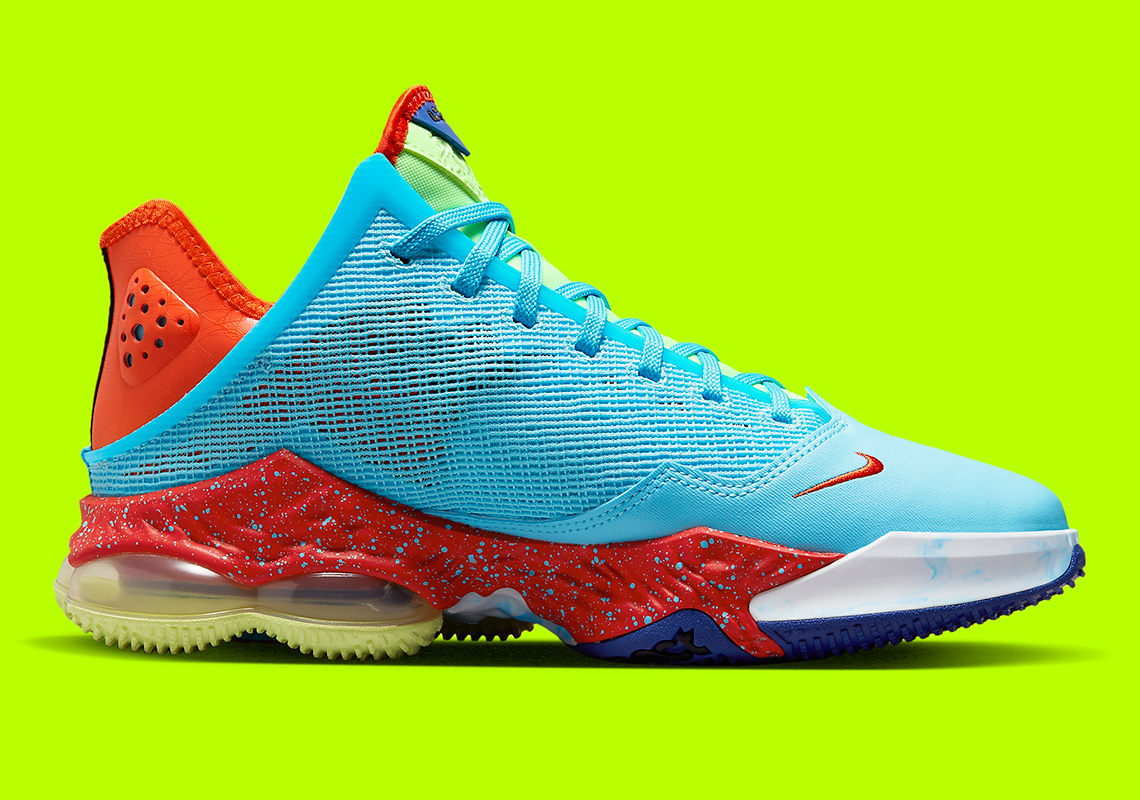 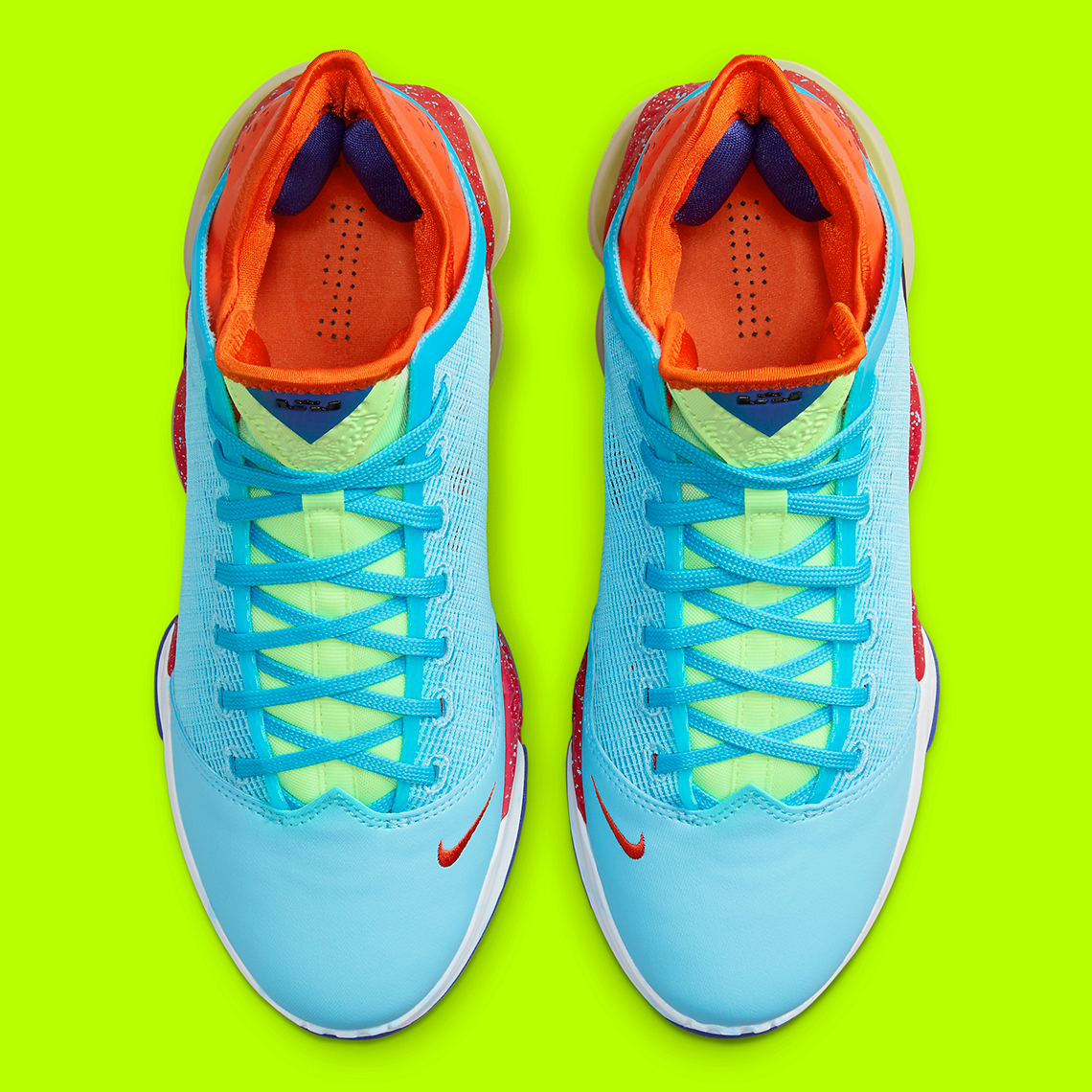 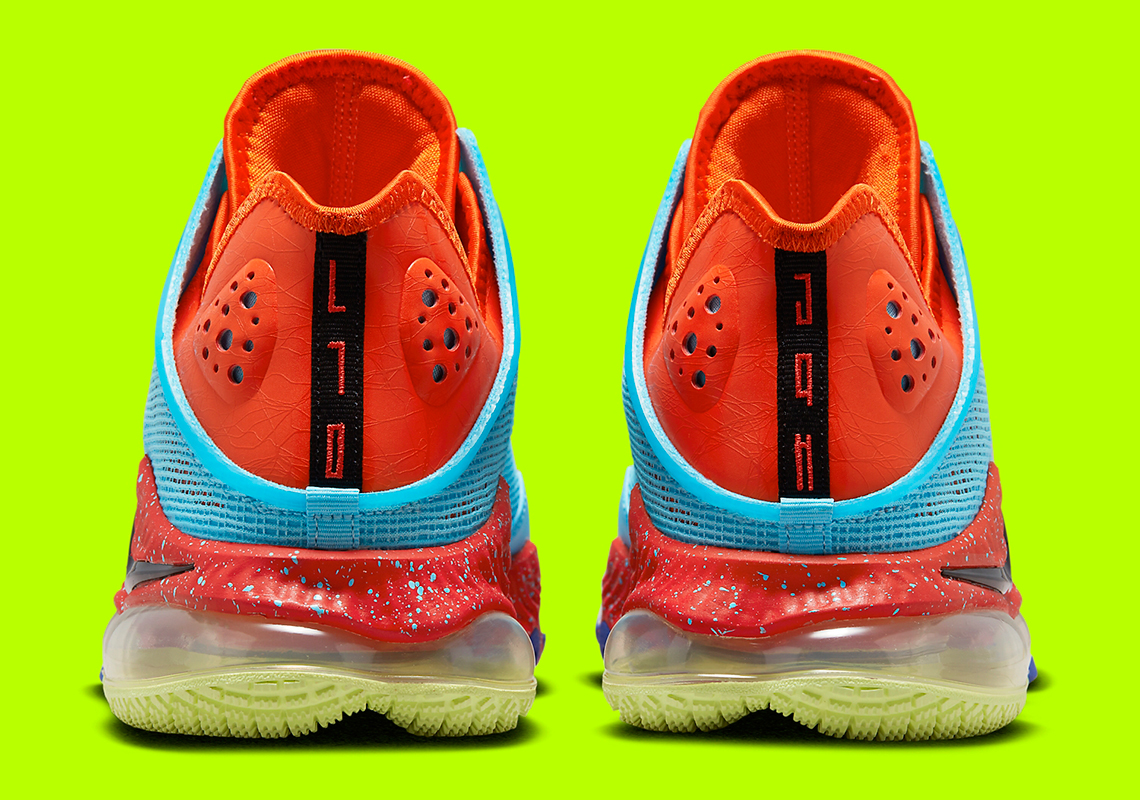 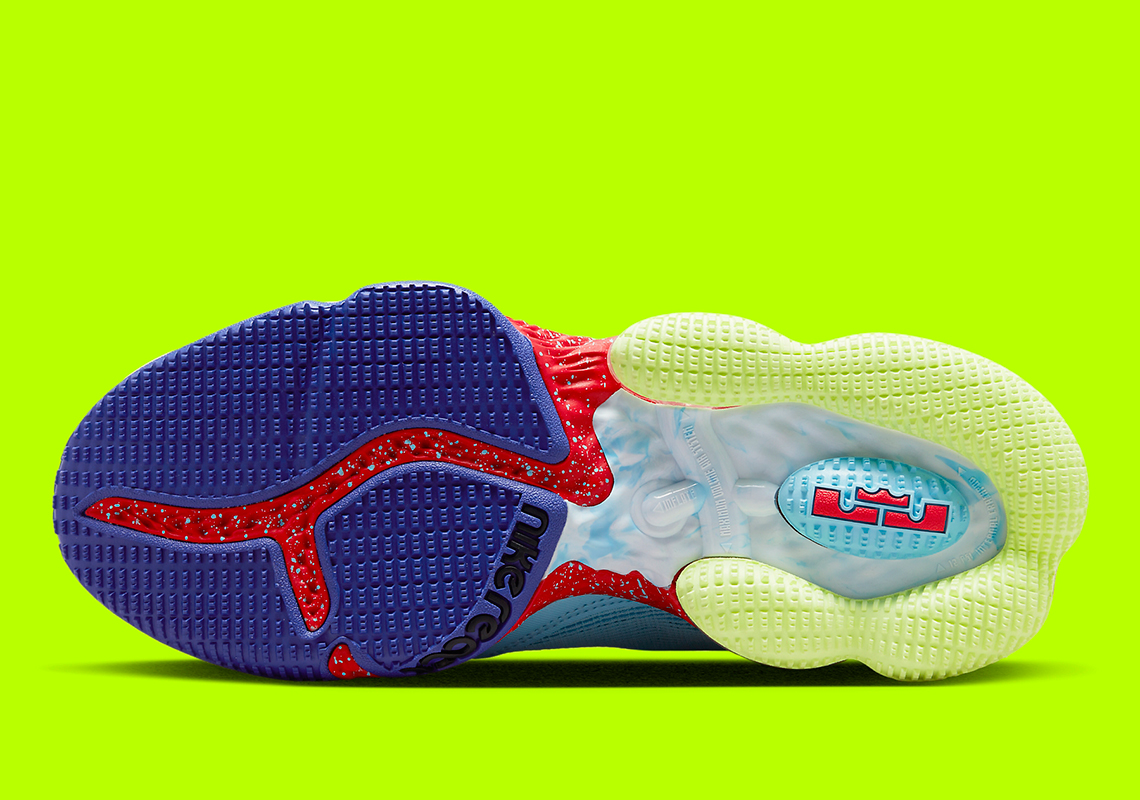 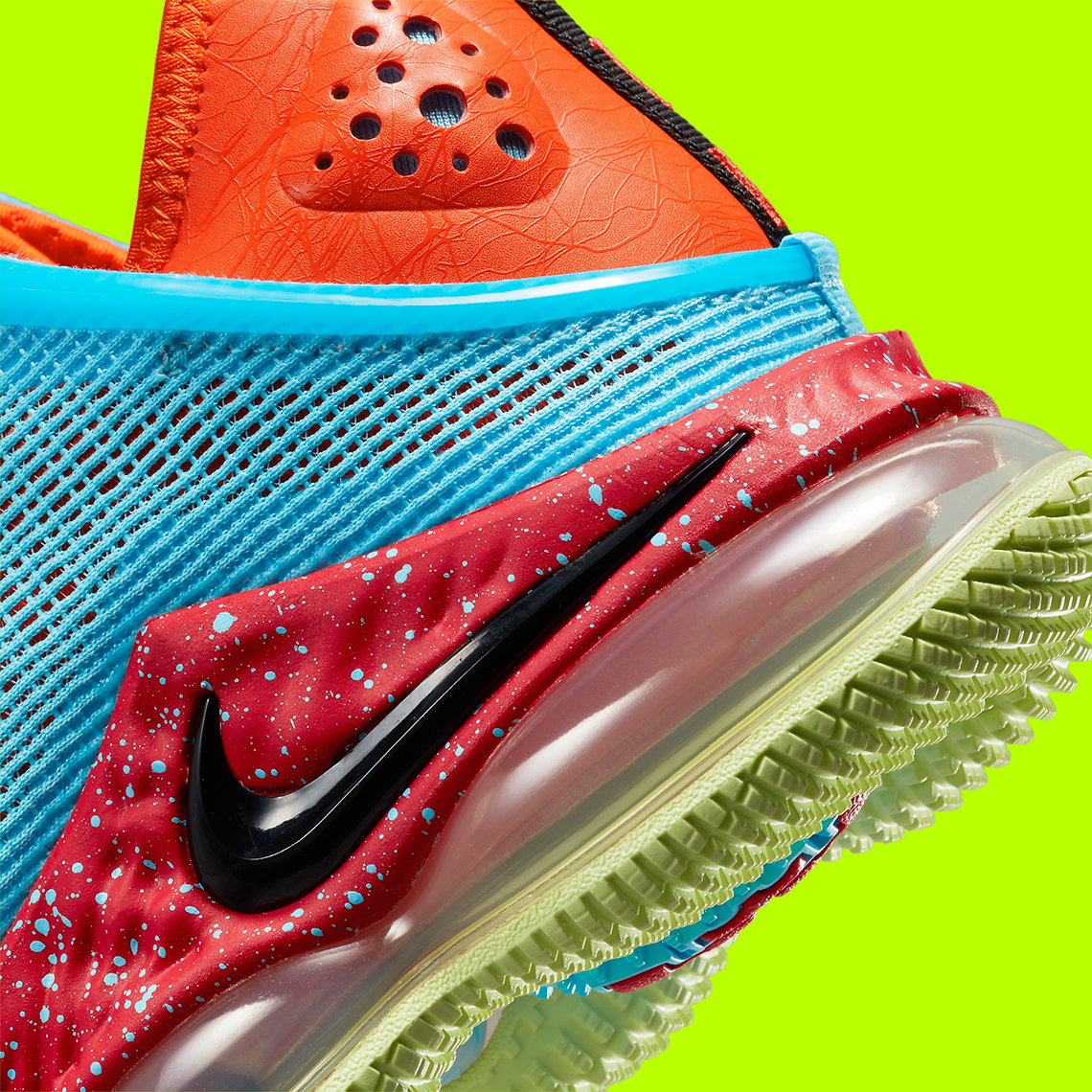 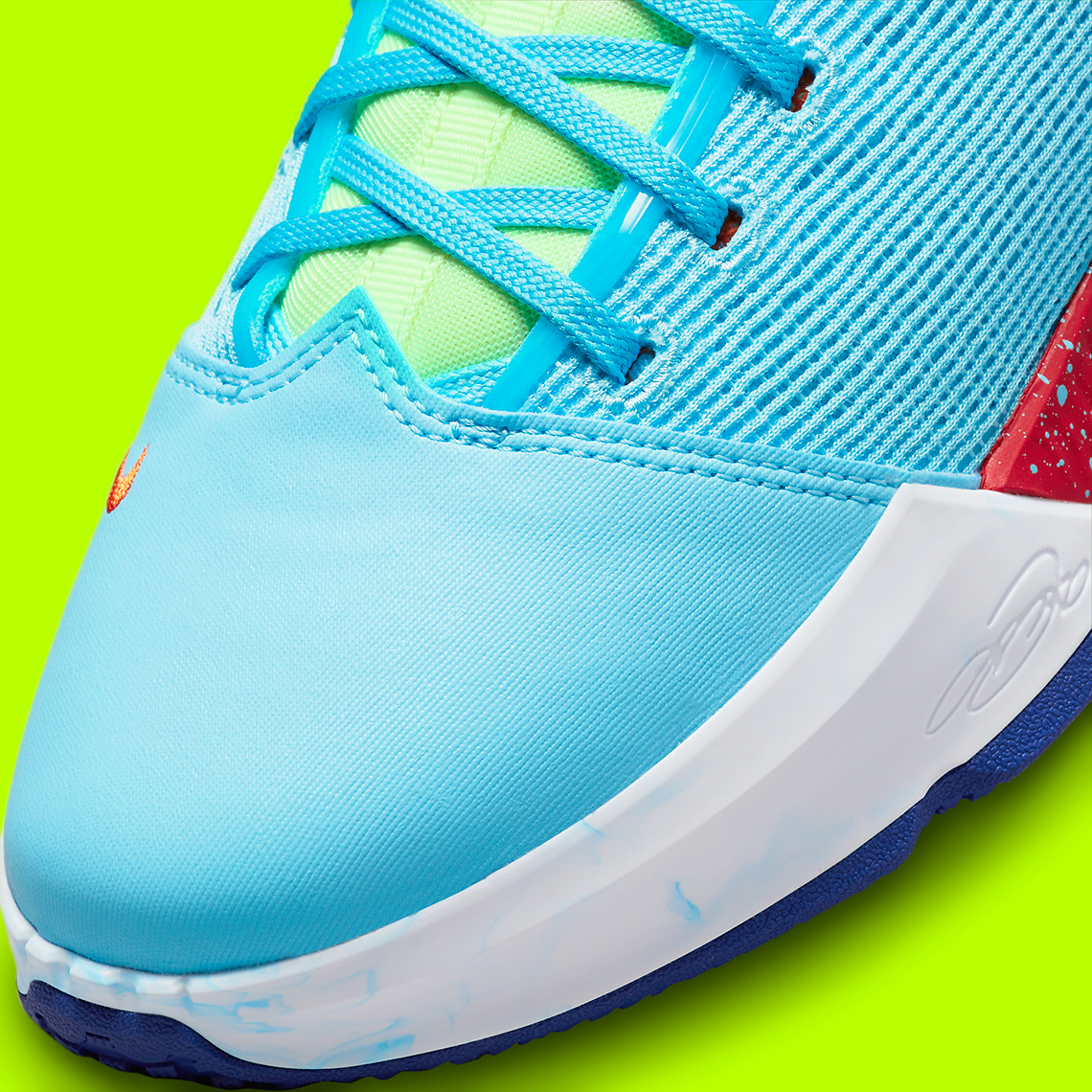