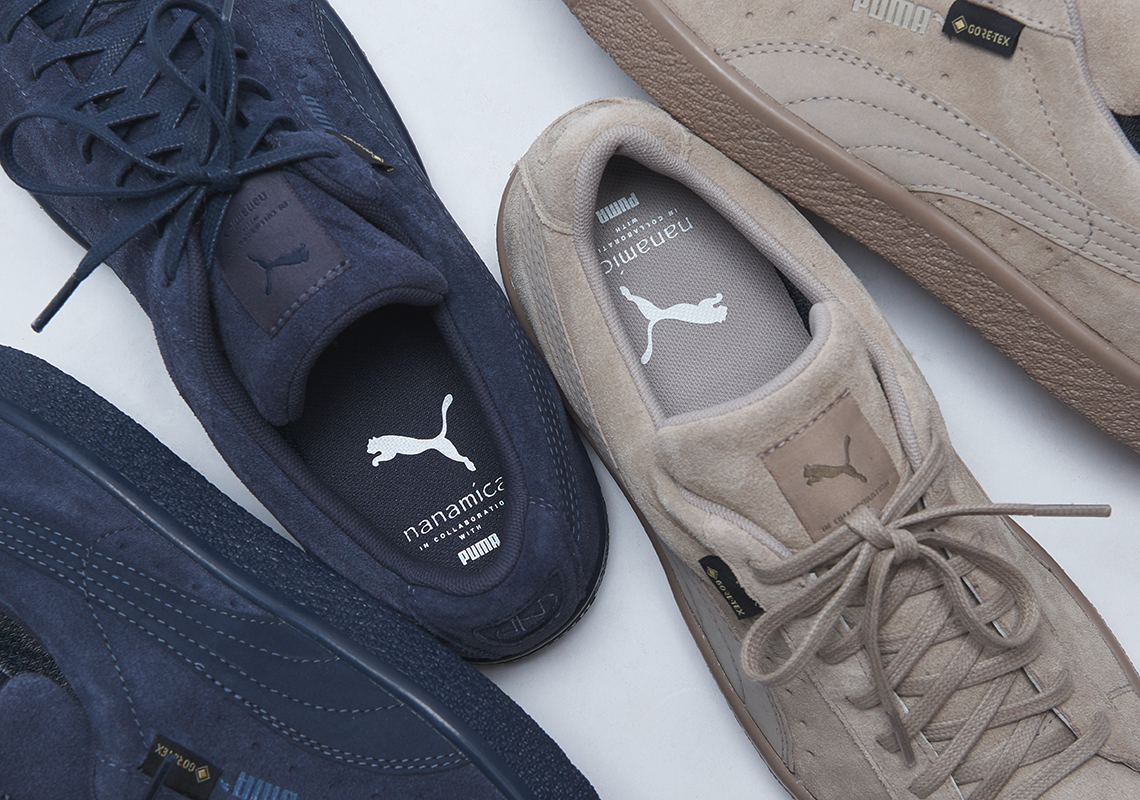 nanamica, which is well-known for being behind The North Face Purple Label, has only received a small number of footwear collaborations these past few years. But come later this August, the Japanese label will once again enter the world of sneakers courtesy of PUMA and their much-beloved Suede VTG.

“For our first collaboration with nanamica we wanted to create something that would be instantly recognizable as a partnership between both brands,” said Ayesha Atlee, Head of Design Sportstyle Footwear for PUMA. “We decided to leverage the PUMA Suede because of its timeless design, mixing it with nanamica’s neutral swatches and their signature use of GORE-TEX fabric was a must to accomplish our vision.”

Similar in approach to the Japanese label’s earlier partnerships, the nanamica x PUMA Suede leverages the silhouette’s timeless design. Save for the materials themselves, little is changed about the shoe. GORE-TEX fabrics, however, are a welcome and sizable upgrade, as they line the premium suedes used throughout the entirety of the upper. Matching flat laces are strung adjacent, colored either grey or navy in complement to the two monochromatic colorways.

Complete with co-branding across the sockliner and tongue, nanamica’s latest sneaker collab is slated to release on August 27th at select retailers and likely nanamica.com. 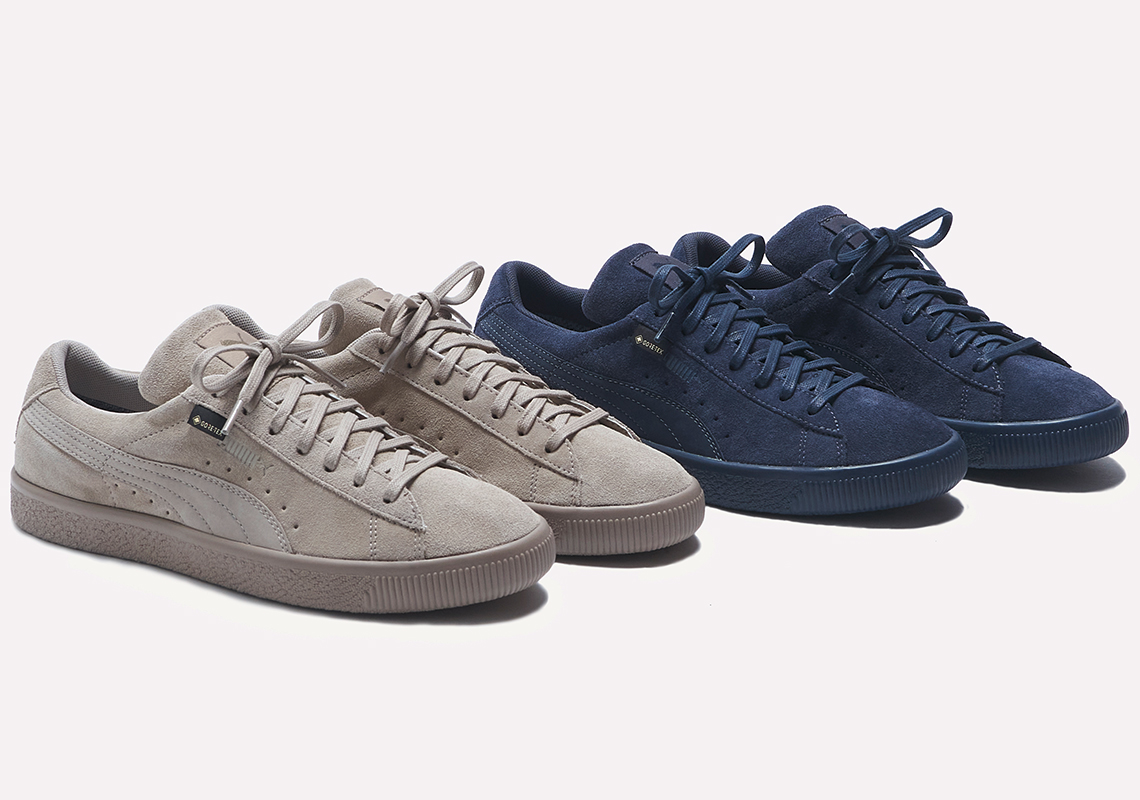 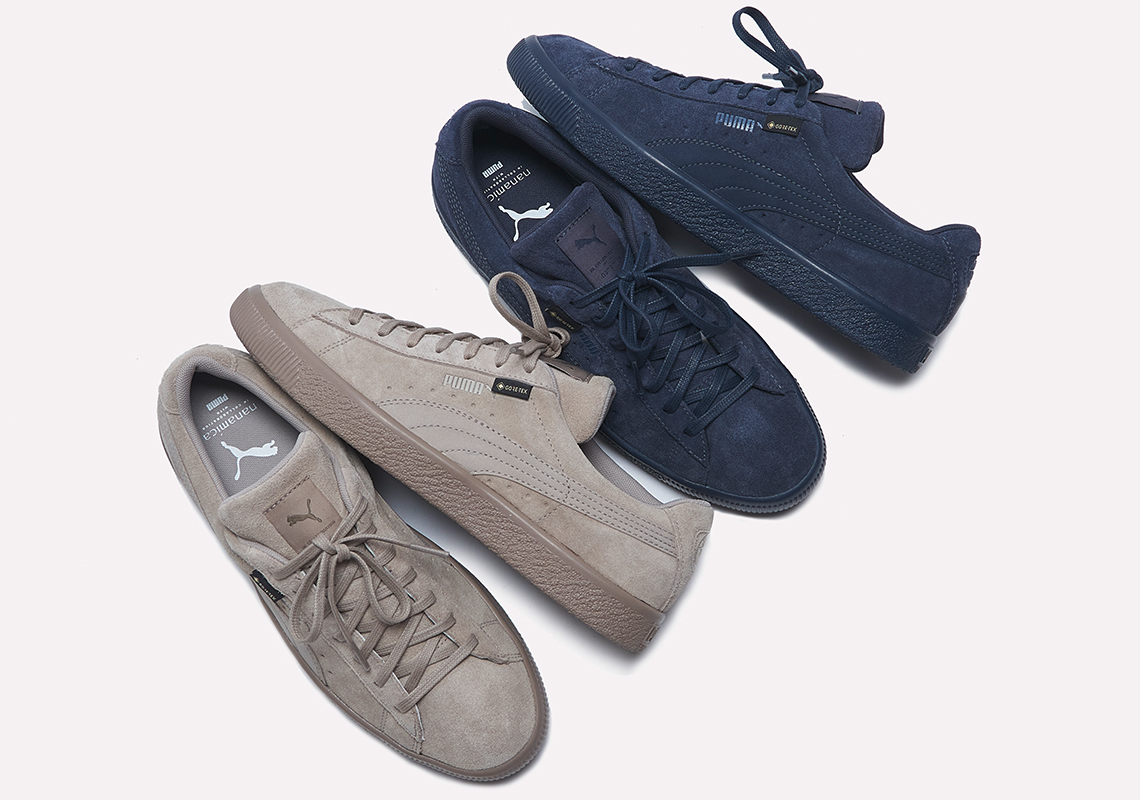 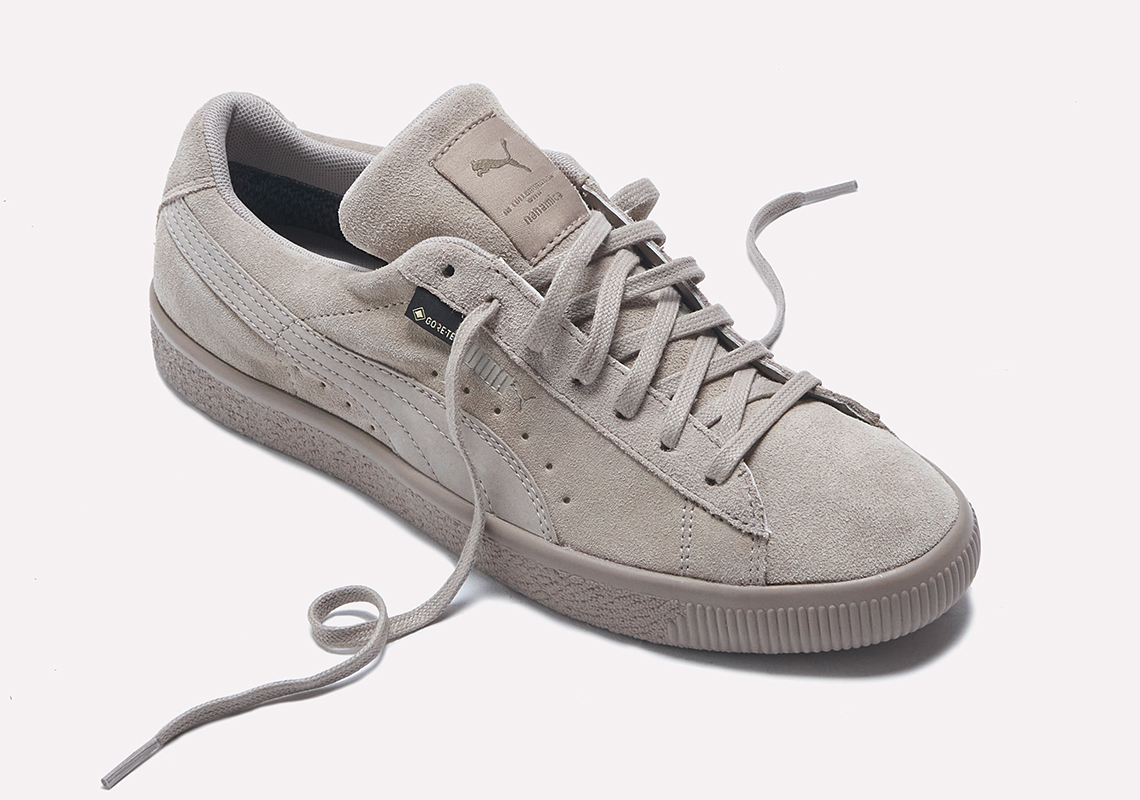 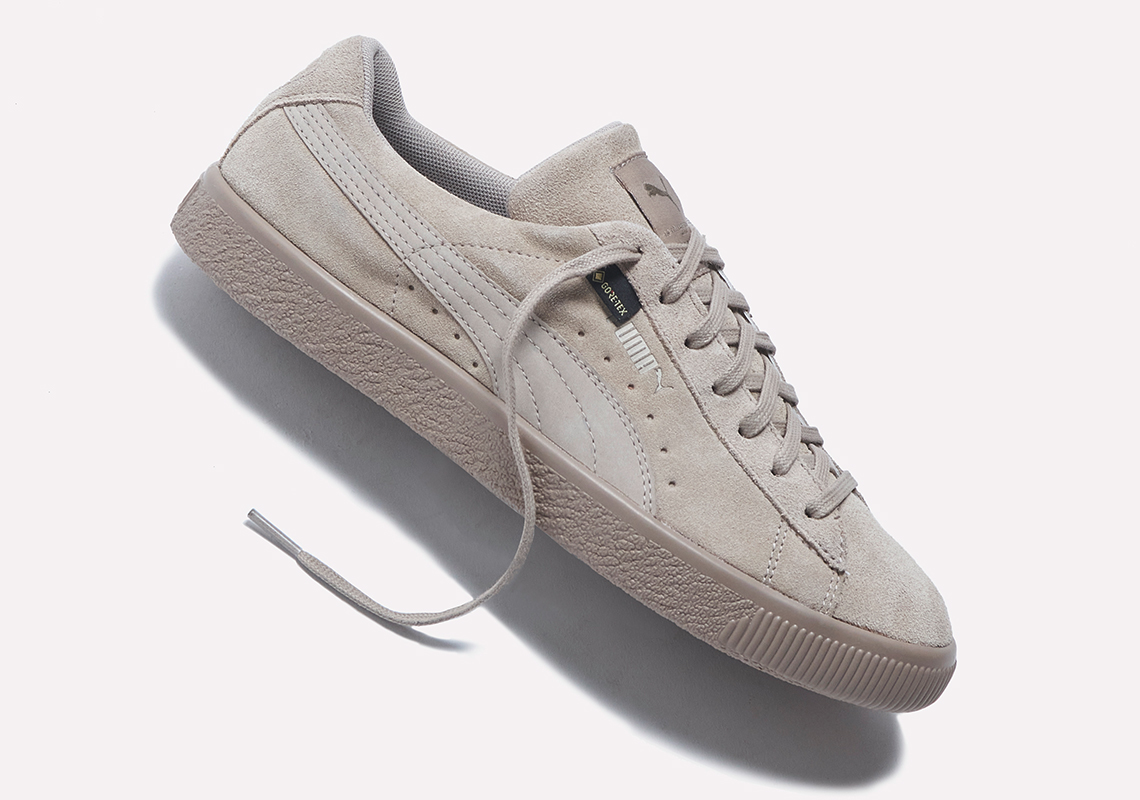 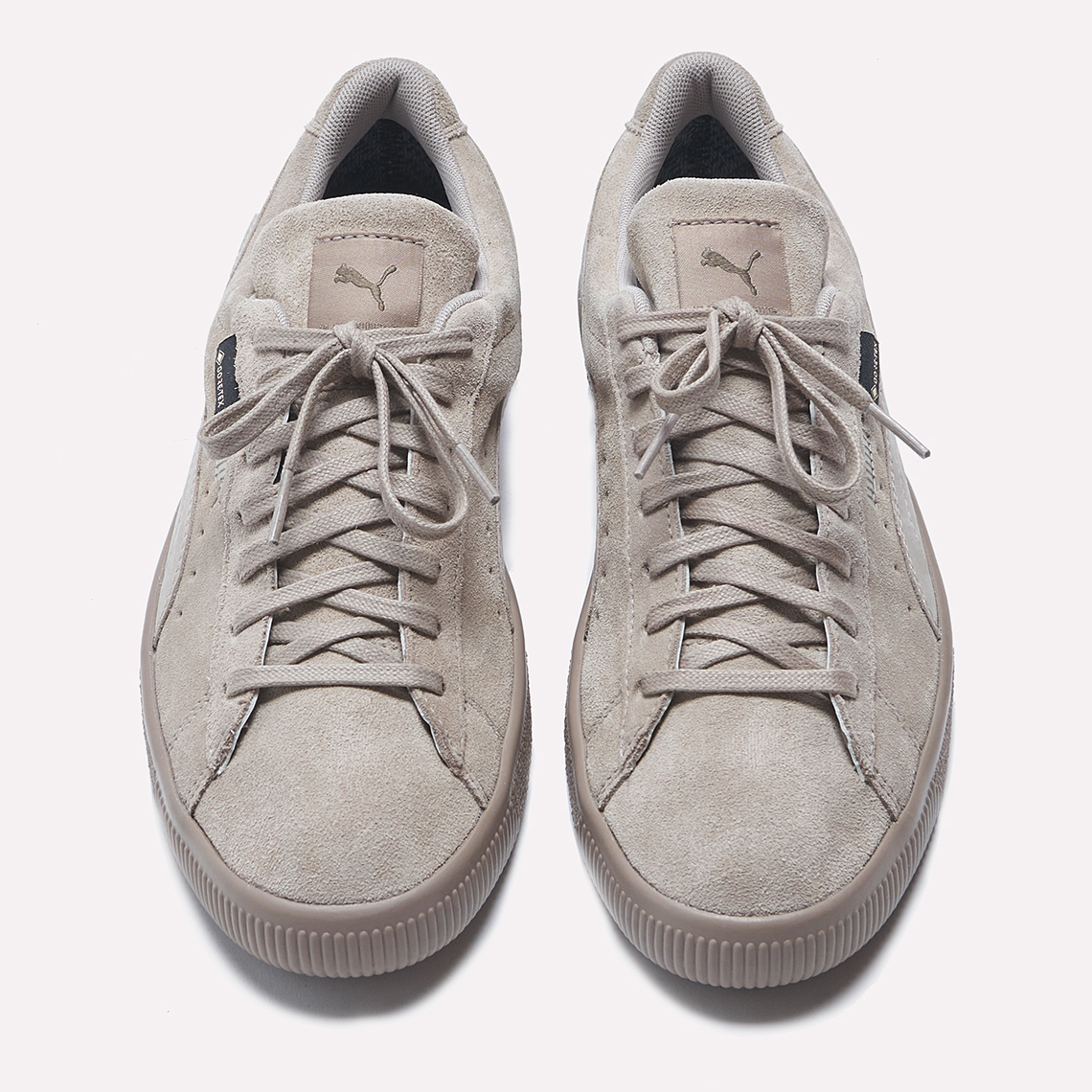 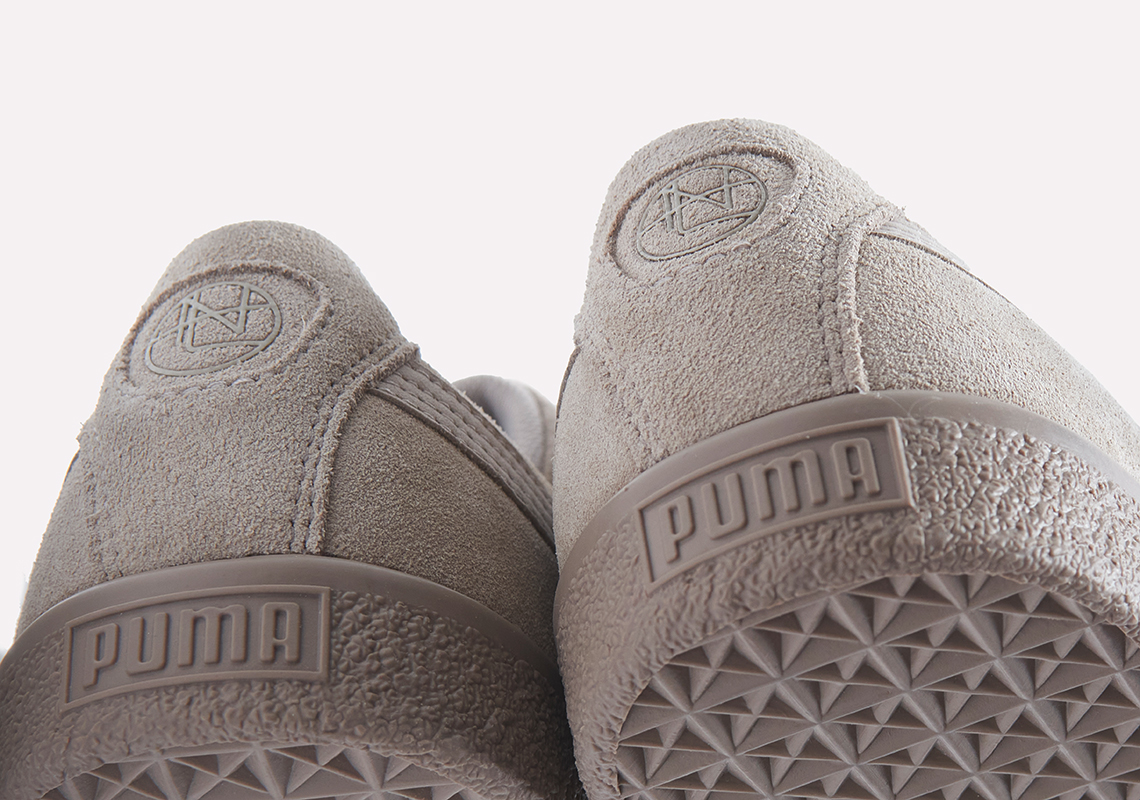 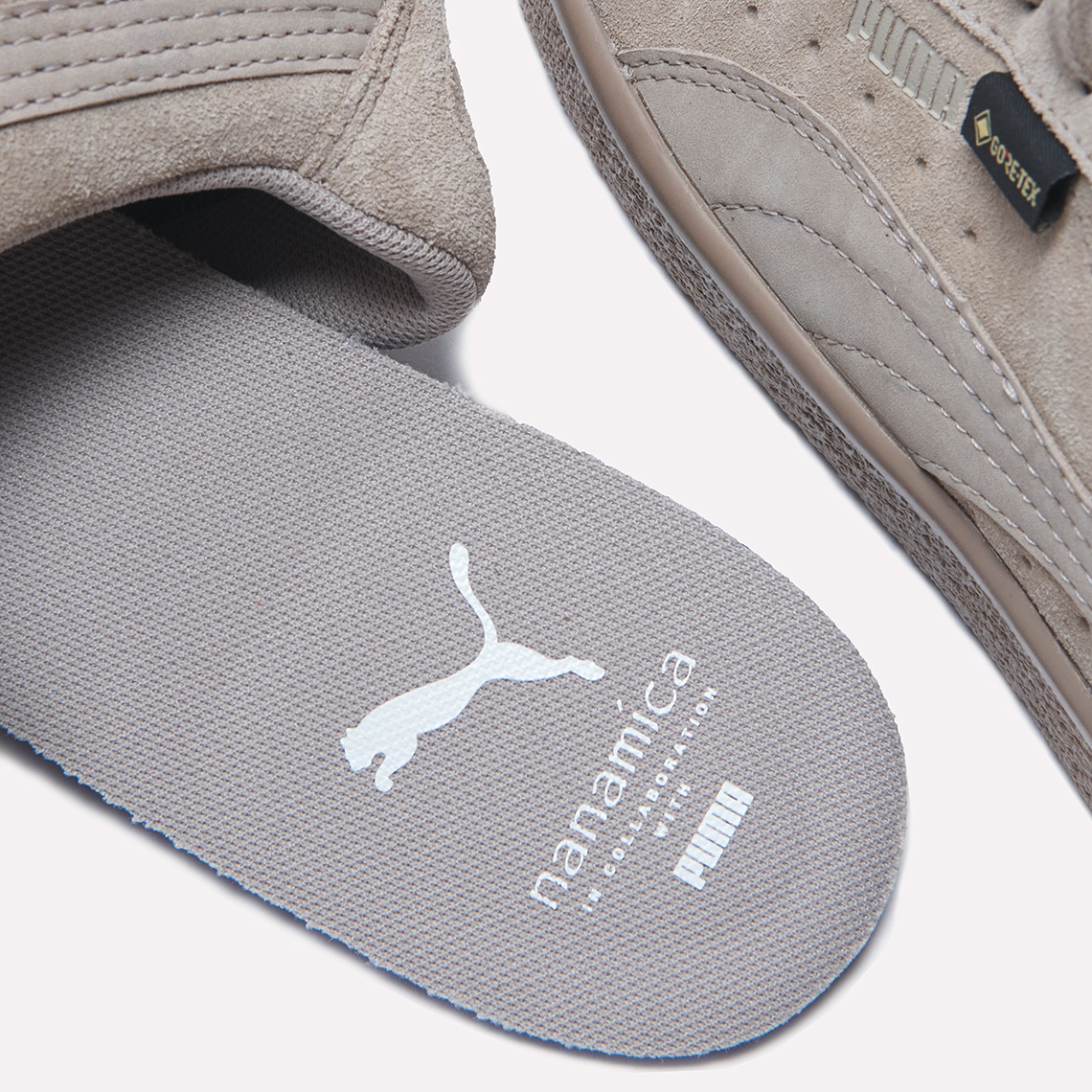 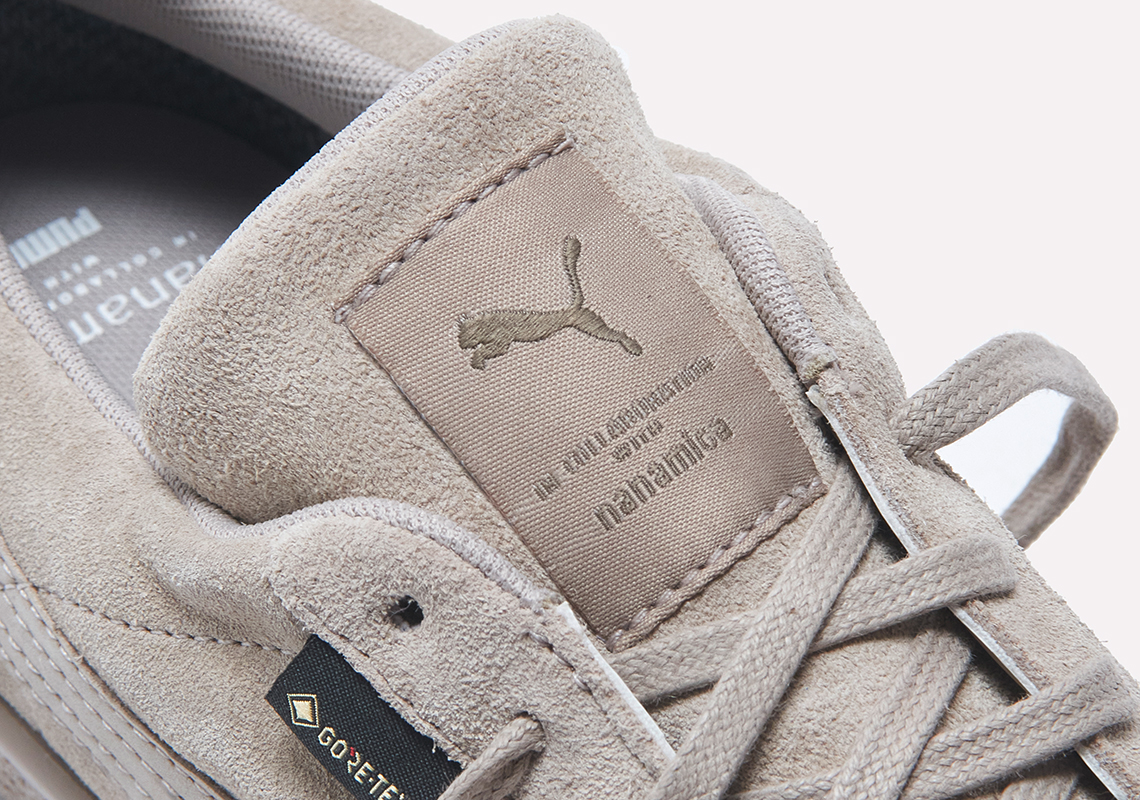 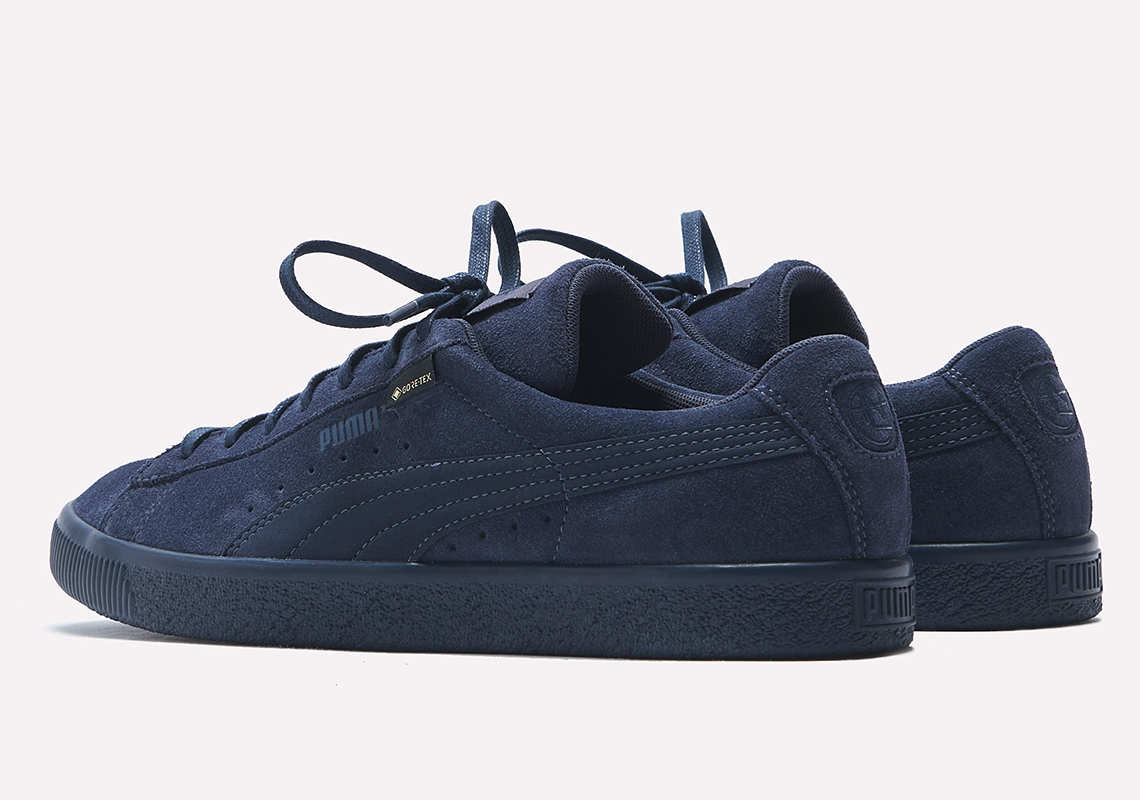 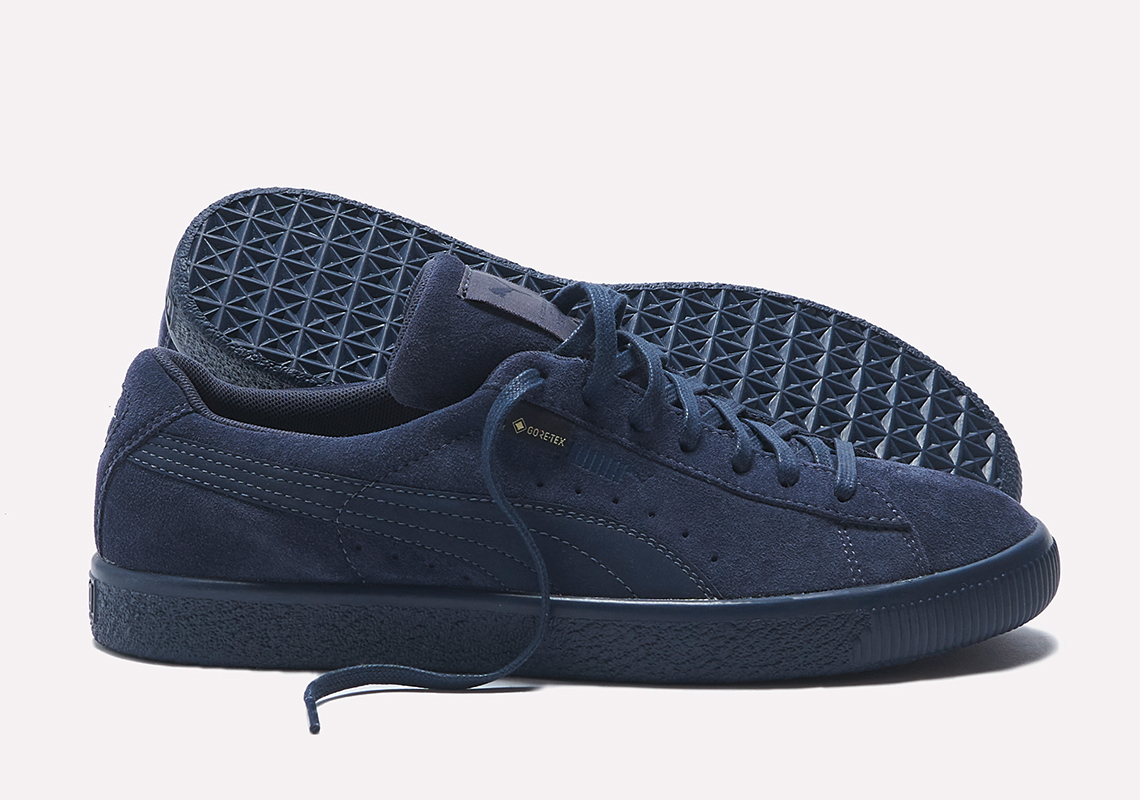 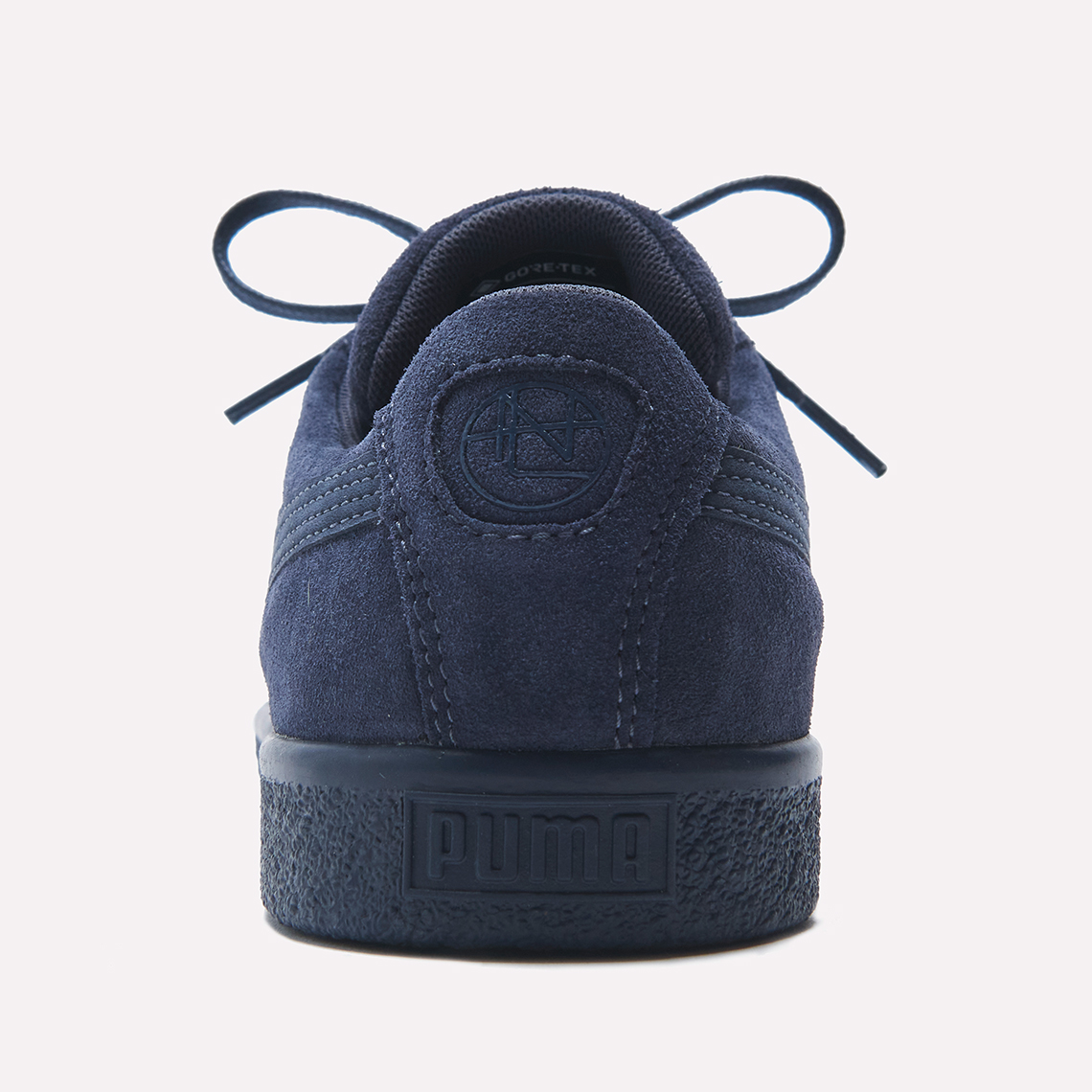 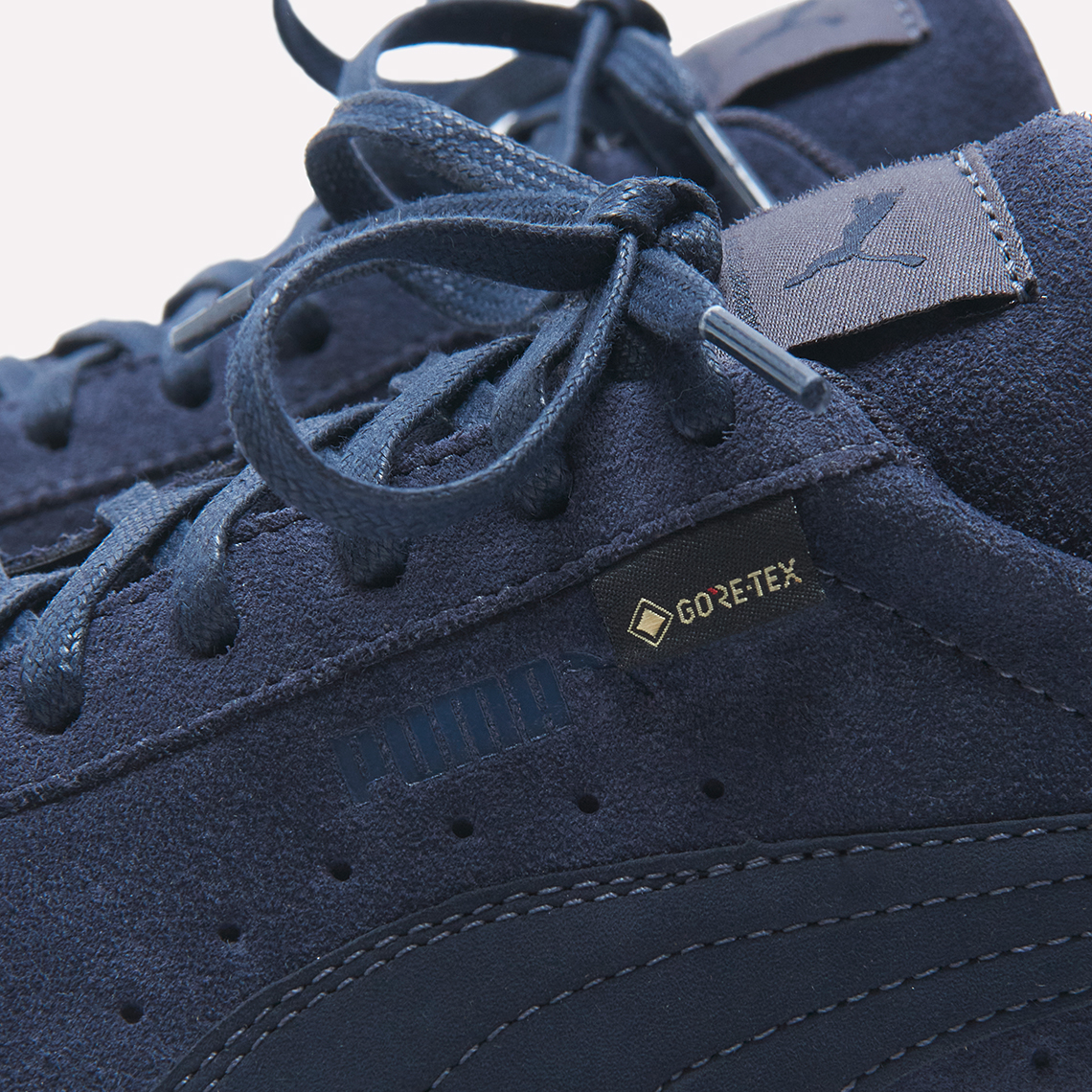