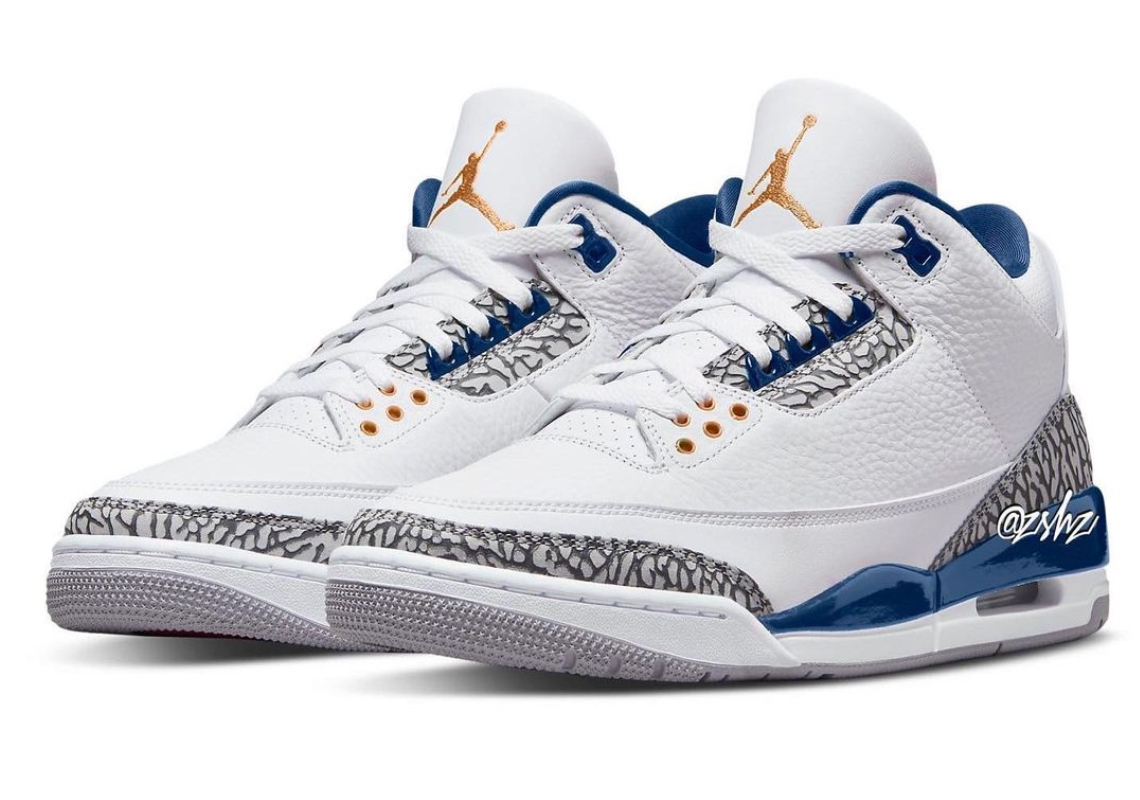 2022 is just a few months shy of being over — and while we’ve enjoyed a wealth of exciting releases, there’s much more in store for us down the road. And if you caught our Air Jordan Retro Summer 2023 Preview, you already know that the Air Jordan 3 “Wizards” PE is one of next year’s many highlights.

Likened to the “True Blue” 3s upon reveal, the Air Jordan 3 “Wizards” is a Retro of a more obscure Player Exclusive, which was originally seen in 2001. Inspired by the color palette of the Washington team’s uniform, the shoe is clad predominantly in white, while blue and copper accents sit adjacent. The latter is applied to the Jumpman logo as well as the forward-most eyelets, complementing the cool tone across not only the adjacent grommets but also the midsole and lining. Cement Print, then, finishes the colorway across the toe cap, the heel counter, and the profile’s perforated paneling.

These are currently rumored to release during Summer of 2023 at a retail of $210 USD. Below, you’ll find a mock-up of the upcoming release, showcasing what to expect design-wise.

In other news, Supreme Nike SB Blazers are releasing this week.