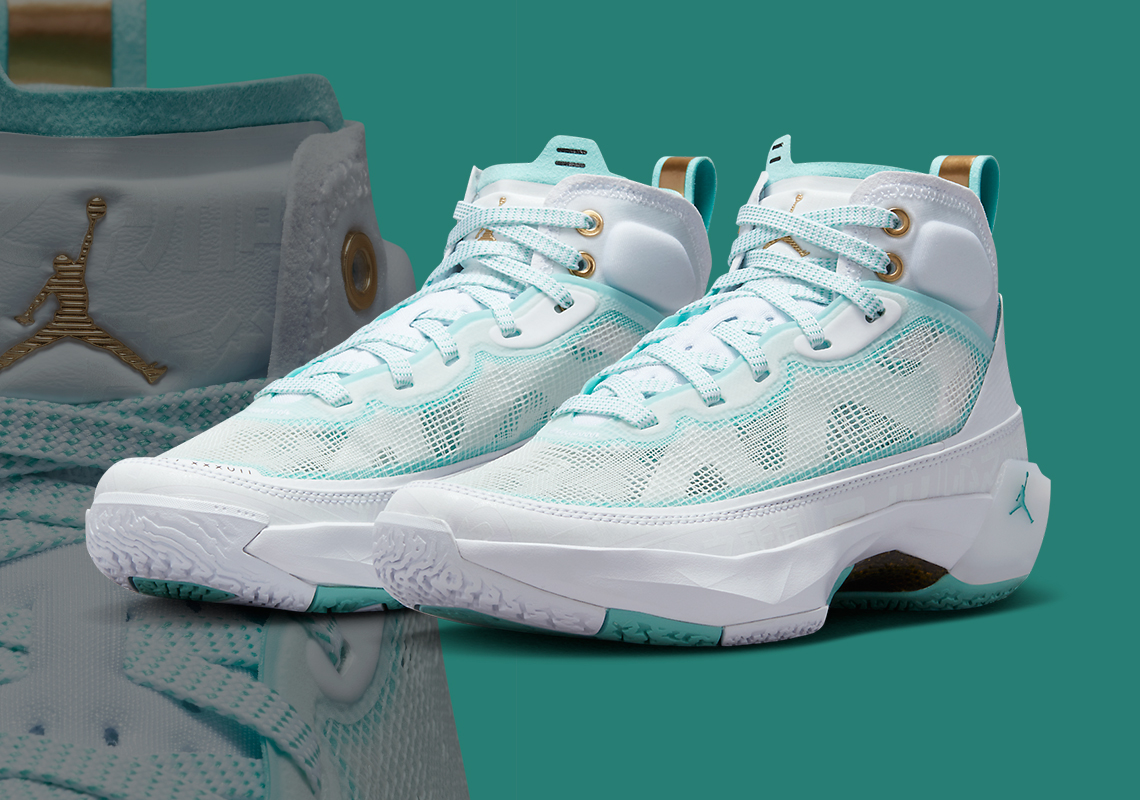 Since its 32nd iteration released in 2017, Jordan Brand has continued to provide global inclusion when it comes to their staple signature silhouette, dawning each offering since with a colorway paying homage to the brand’s first Chinese signee, Guo Ailun. Continuing their annual collaboration with the two-time CBA champion, Jumpman is introducing the PE’s synonymous light jade and white combination to the Air Jordan 37.

Seeing just under a dozen propositions since its initial debut back in June, the upcoming colorway proffers white synthetics and mesh stretching from the color-matched mudguard to its puffed-out heel collar fit with turquoise lining. The lighter accent additionally treats the laces, inner lining, and both the suede tongue and trim of the rear pull tab before golden accents provide seldom touches of prestige within the eyestays, Jumpman logo and carbon fiber shank before concluding by filling the remaining real estate of the heel tab. And while Ailun’s typical “G6” logo is void from the model, the tongue instead features embossed Chinese characters finished in the same crisp white tint that dominates the build.

For a closer look at Guo Ailun’s upcoming Air Jordan 37 PE, enjoy official images of the pair below while we sit tight on further release details as they’re made available by the brand.

For more under The Swooshes basketball umbrella, the most recent Nike GT Cut 2 has surfaced featuring precious stones and gems. 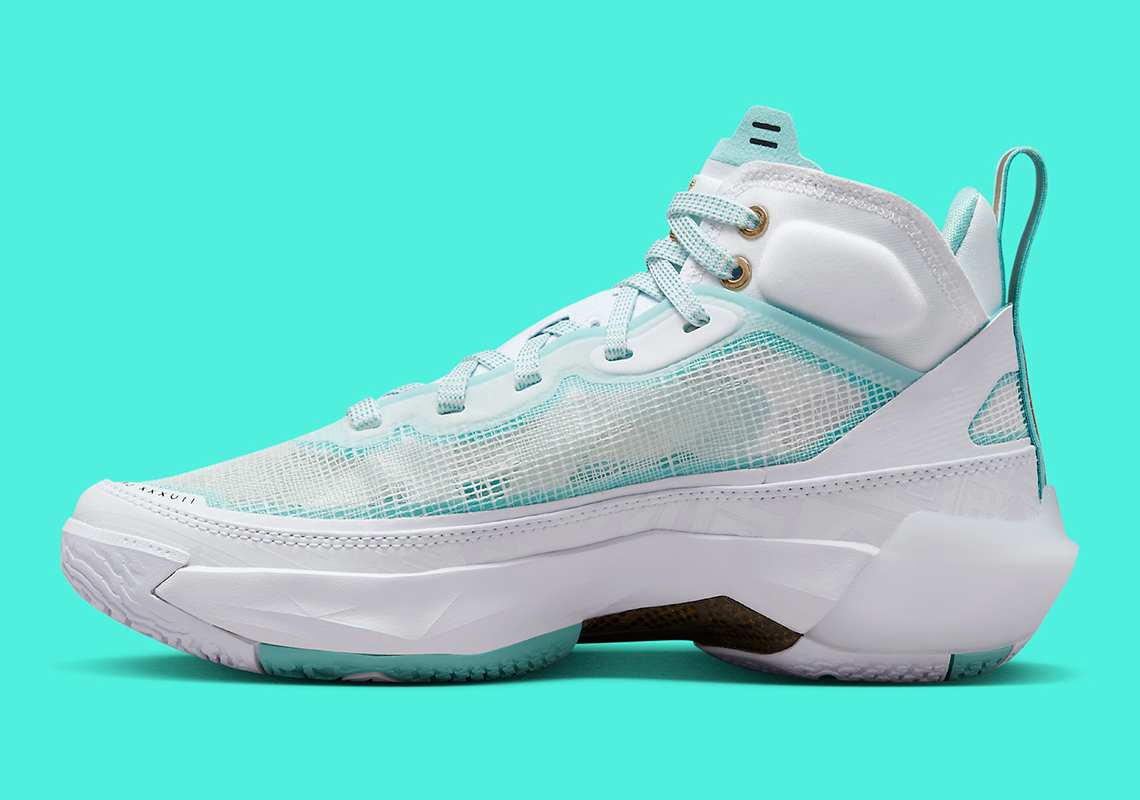 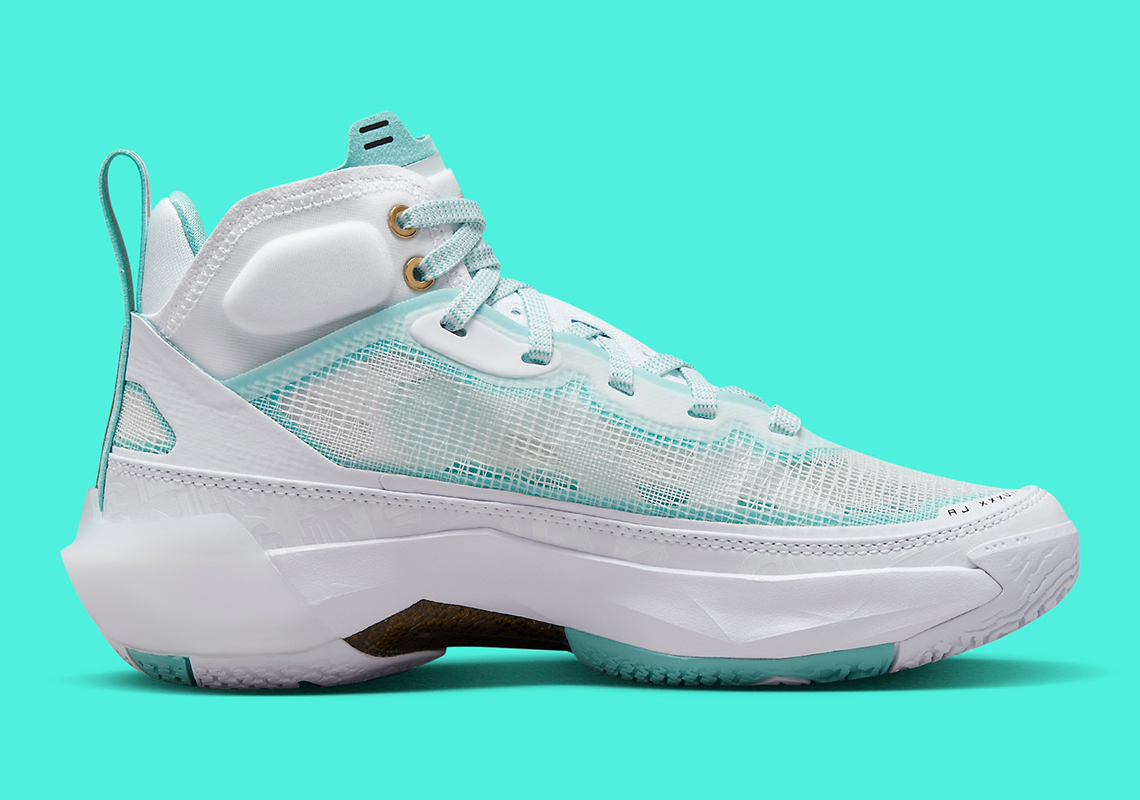 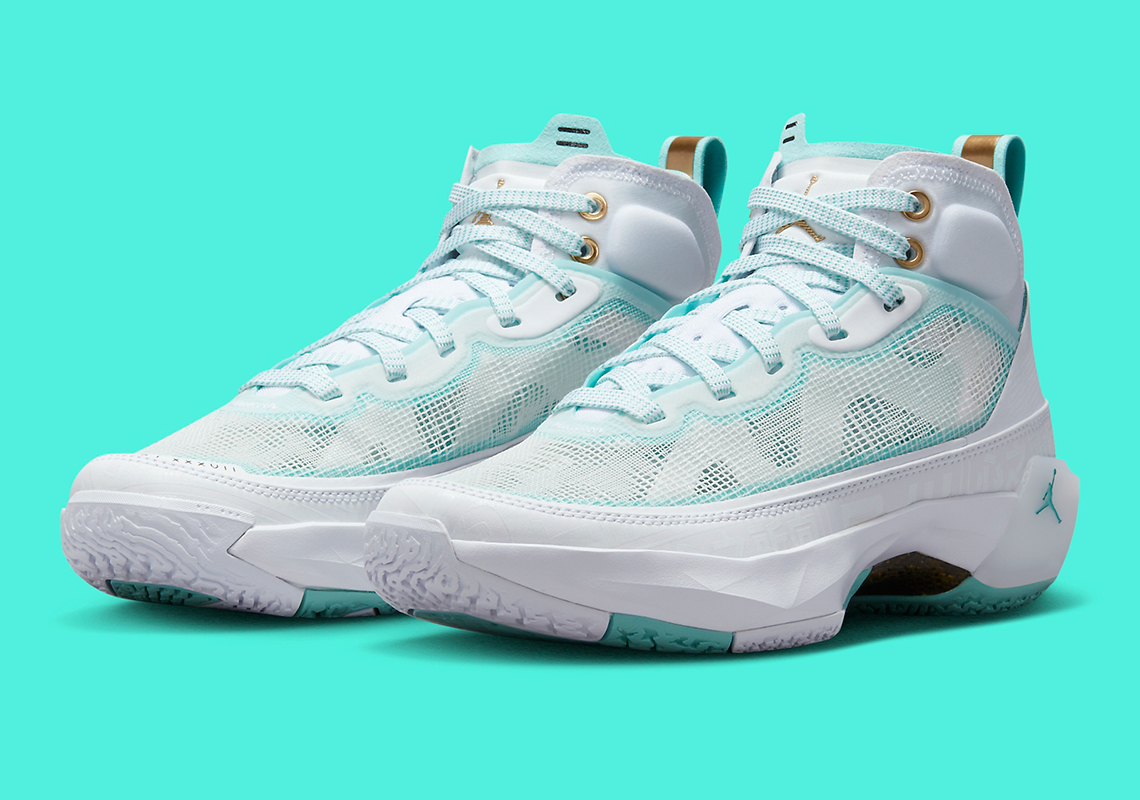 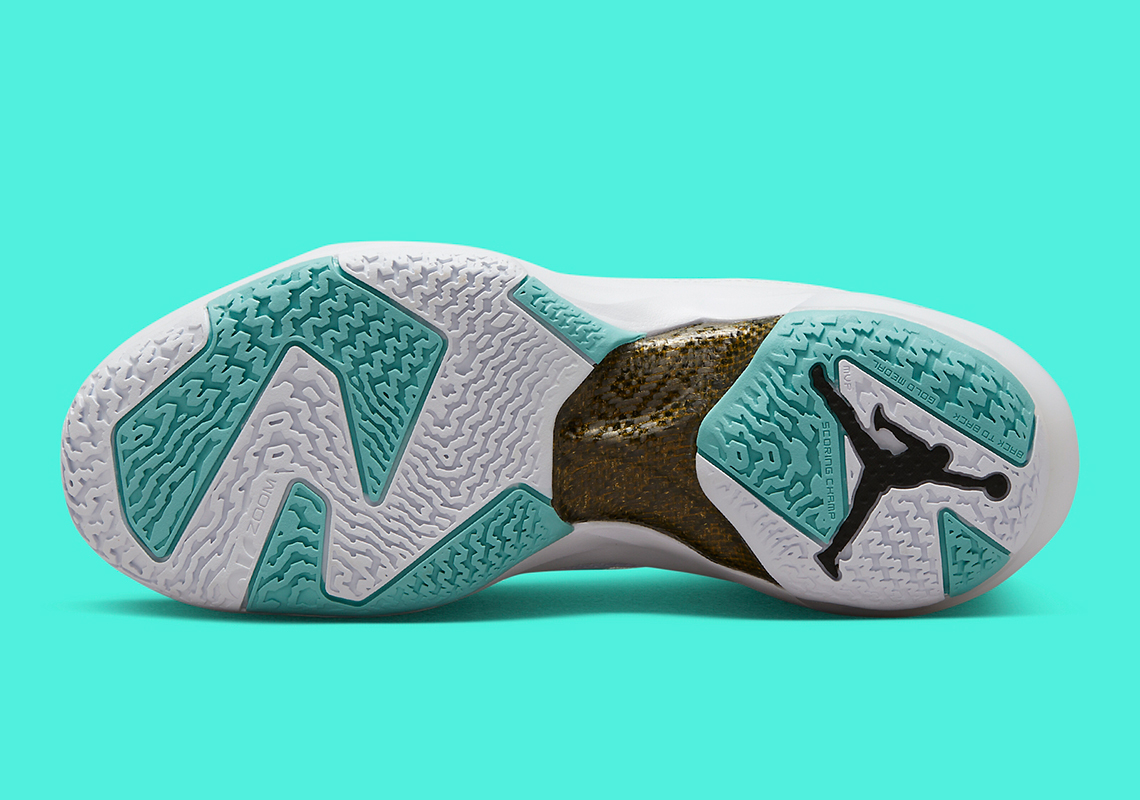 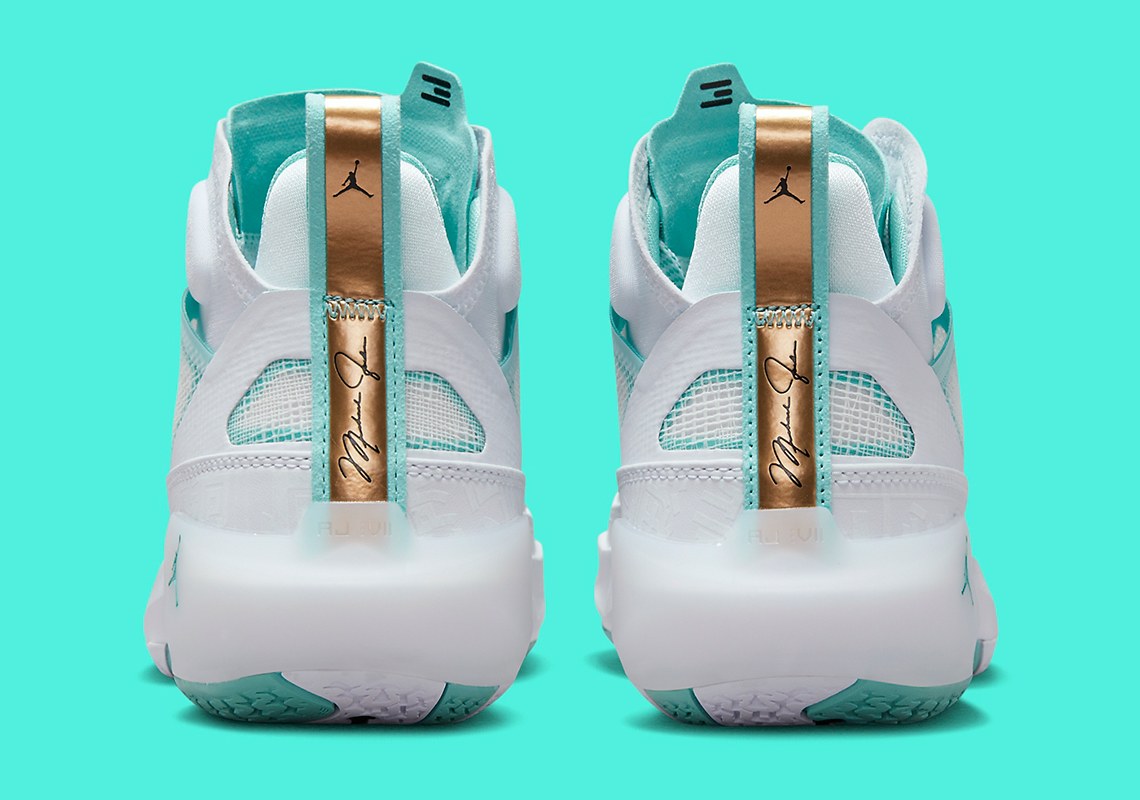 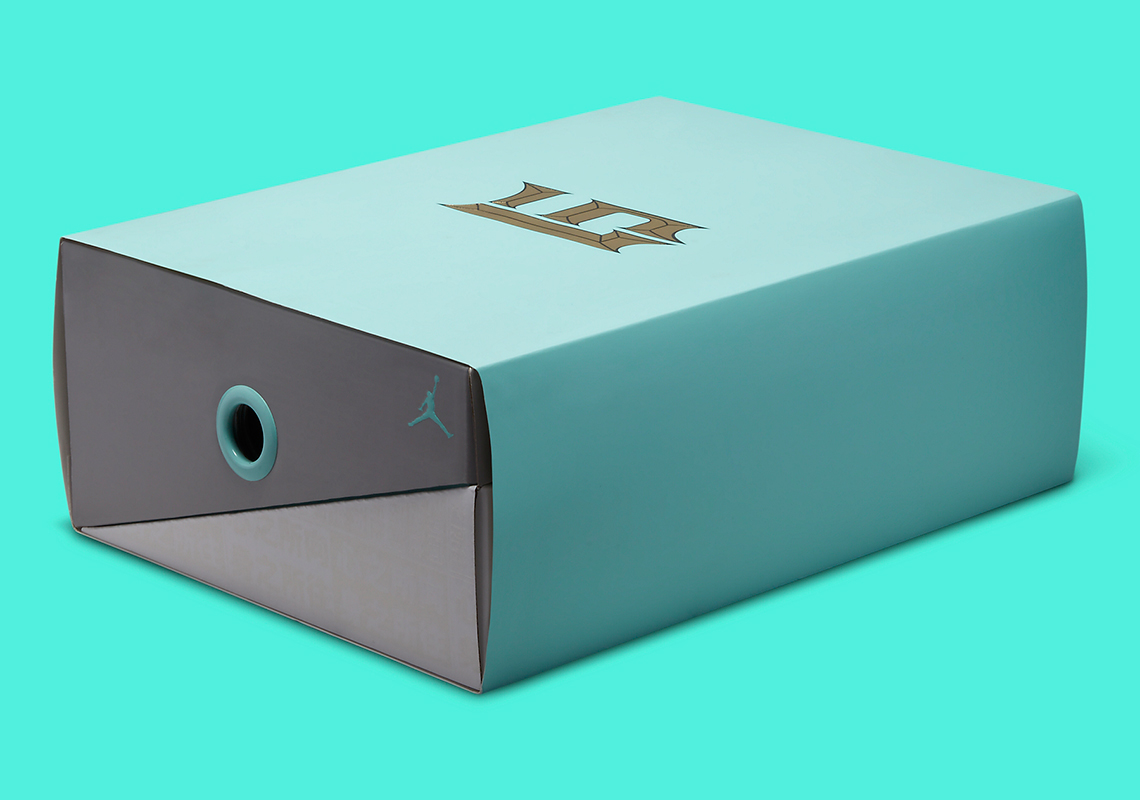 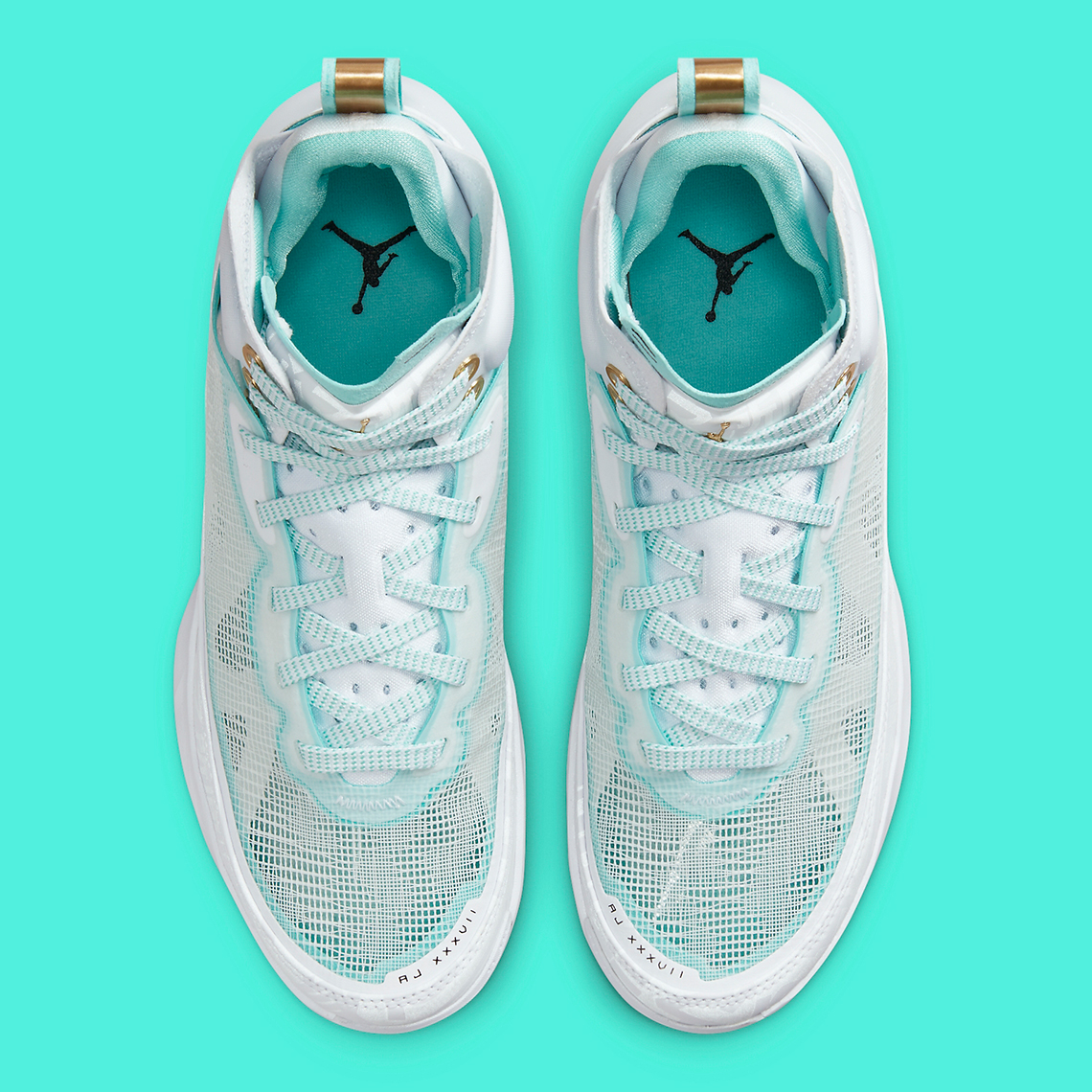 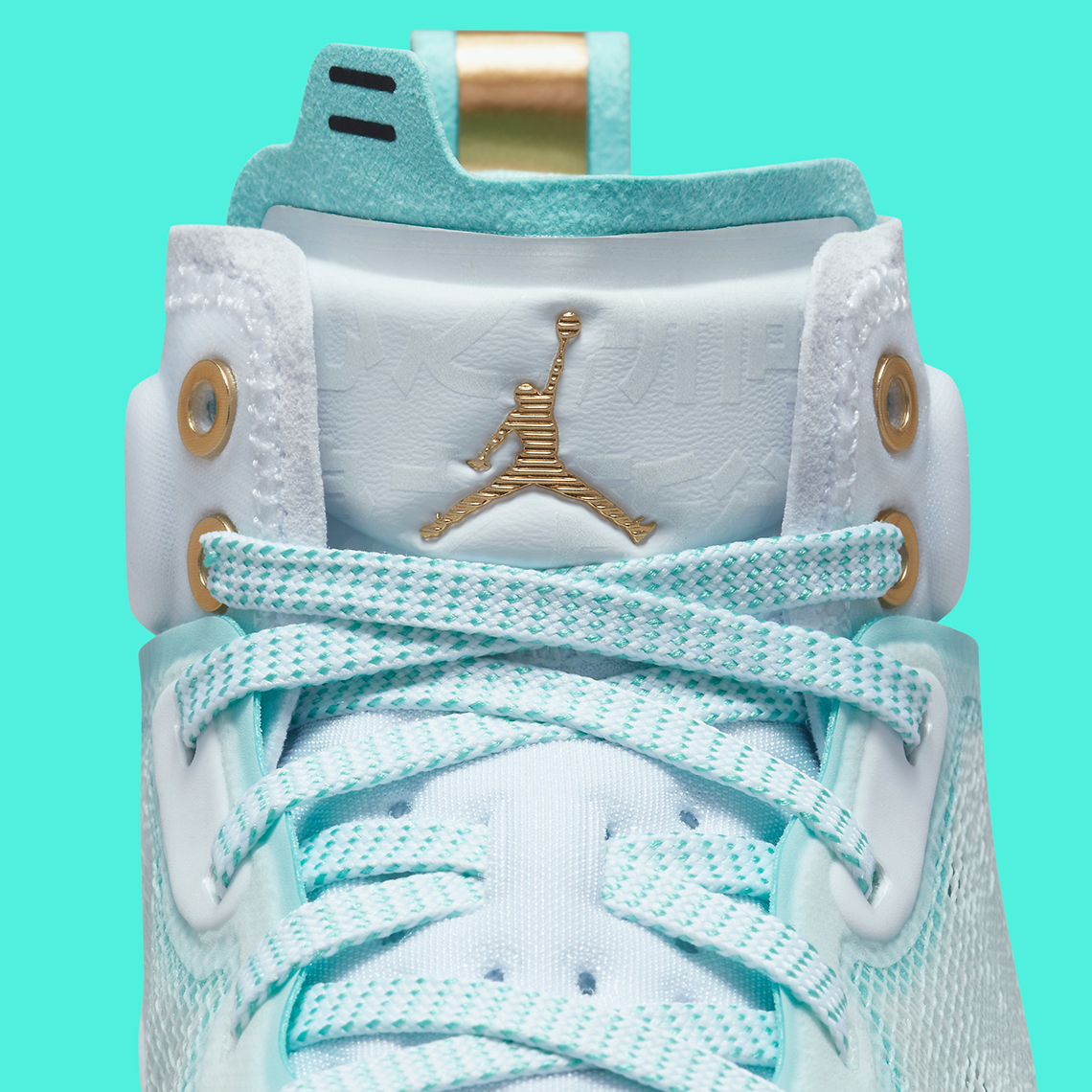 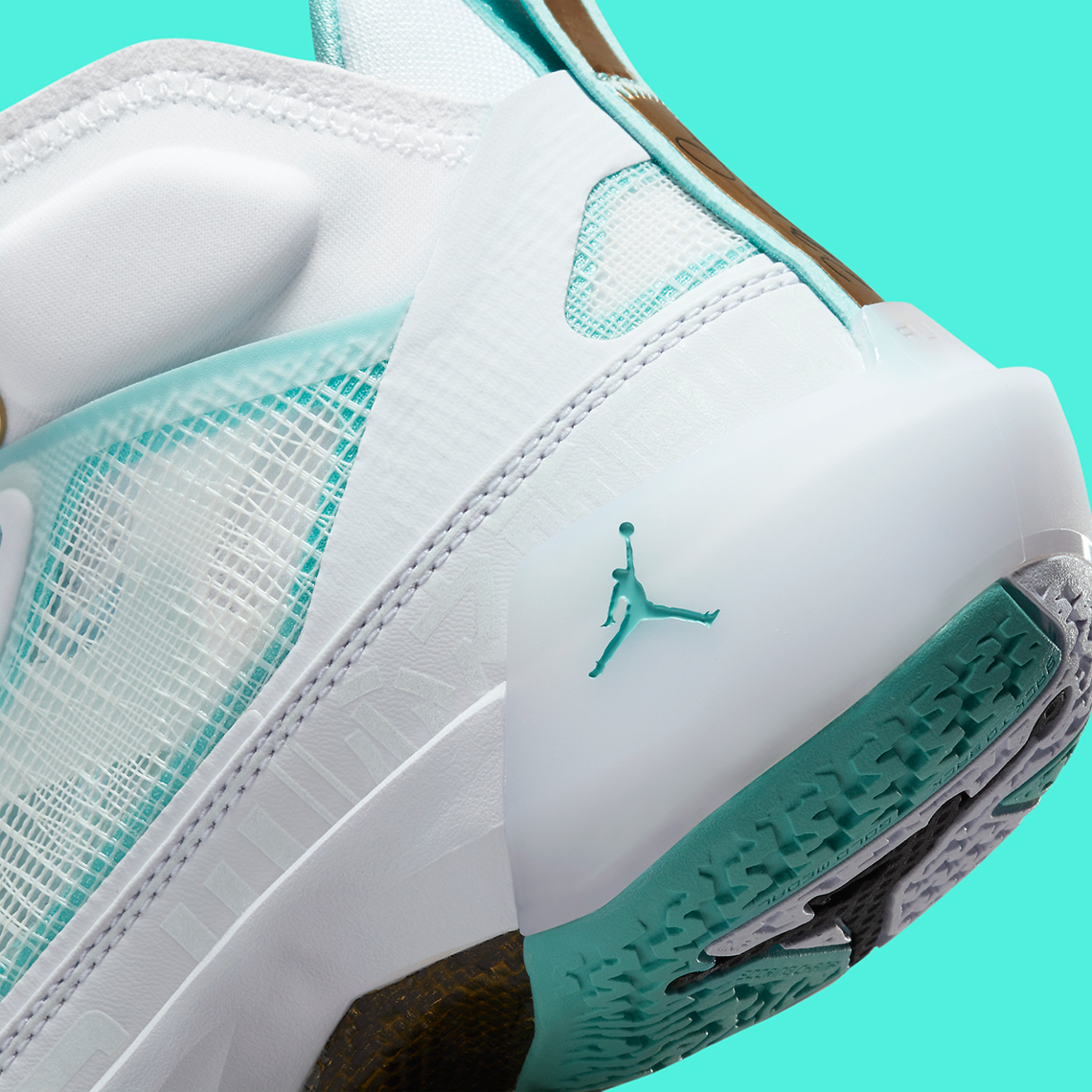 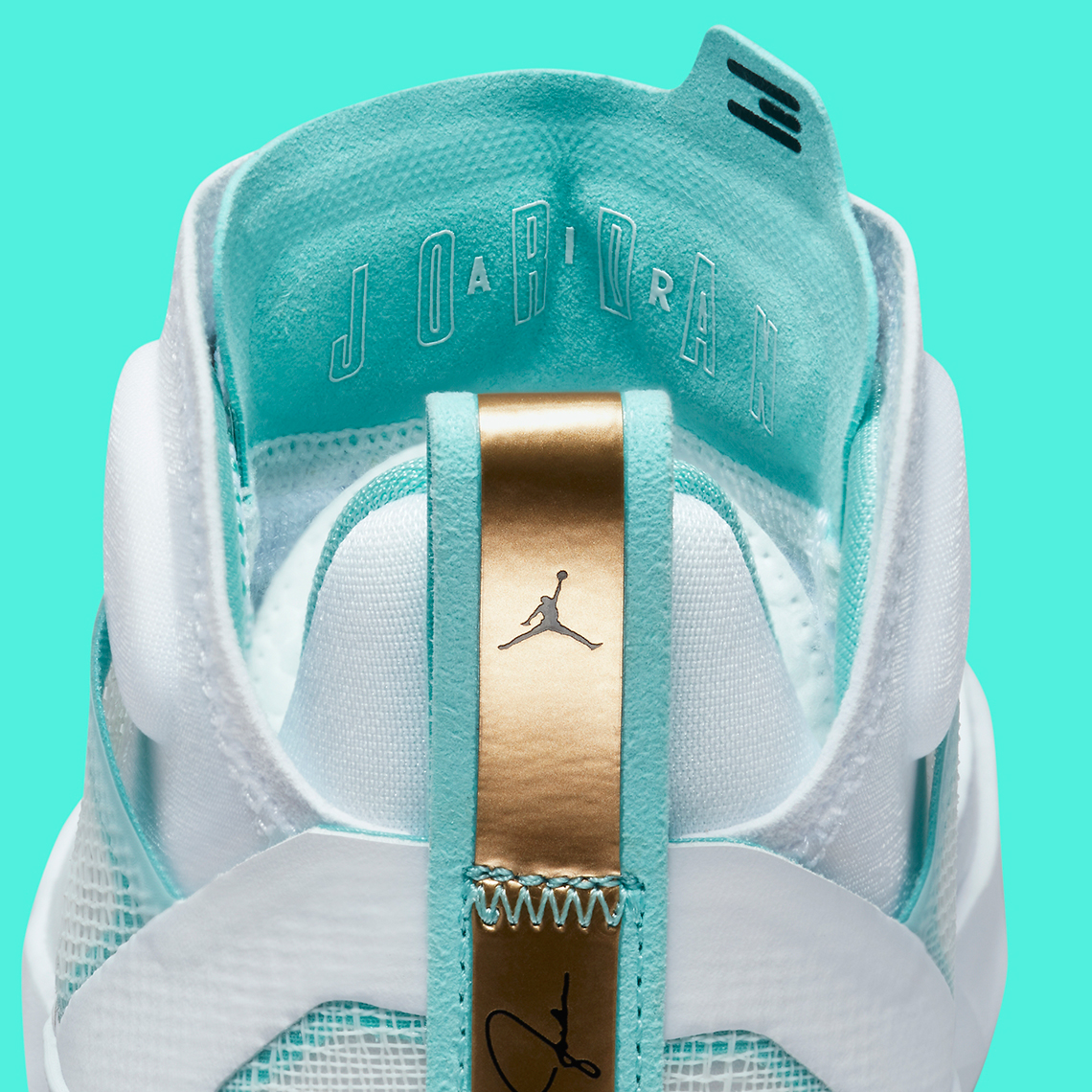 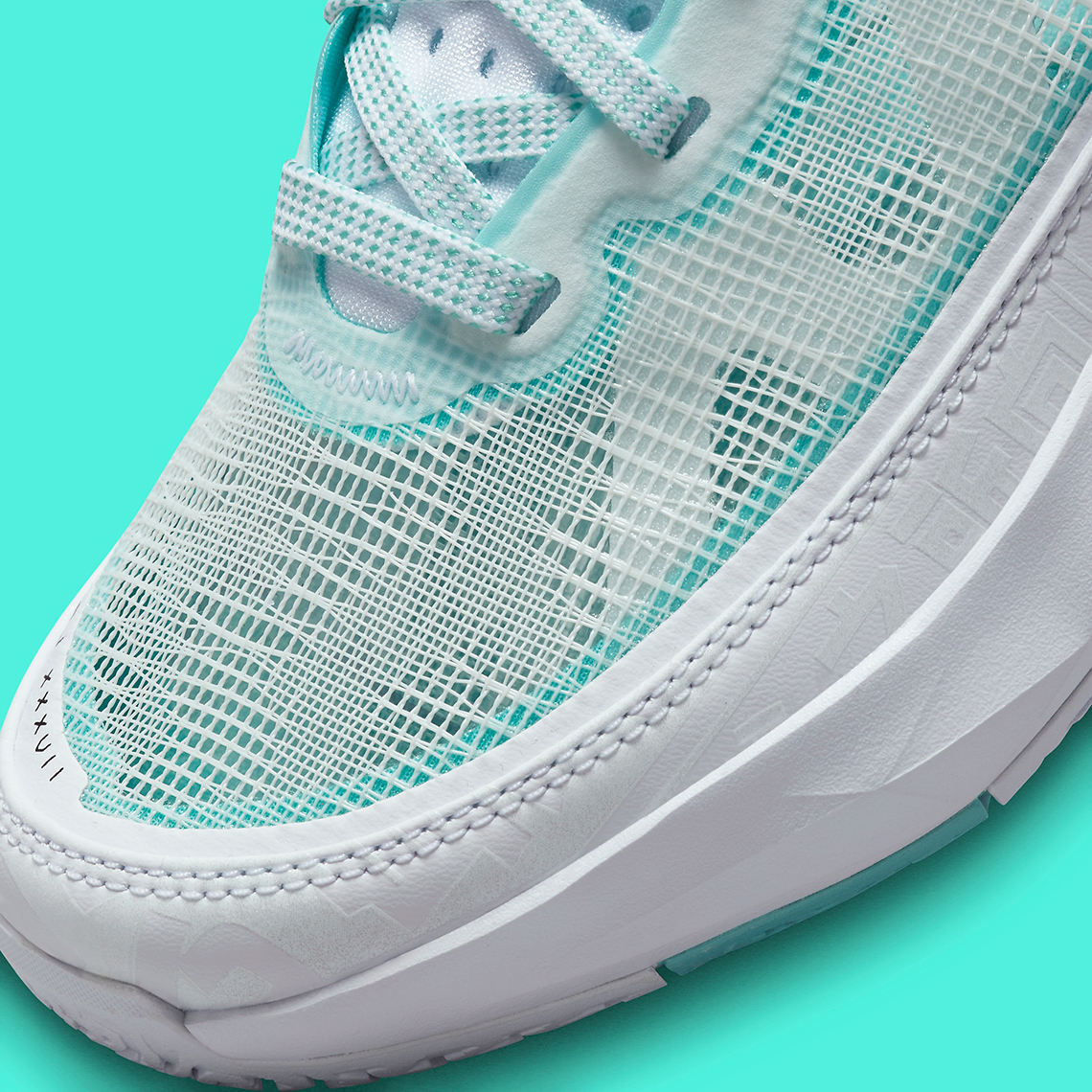