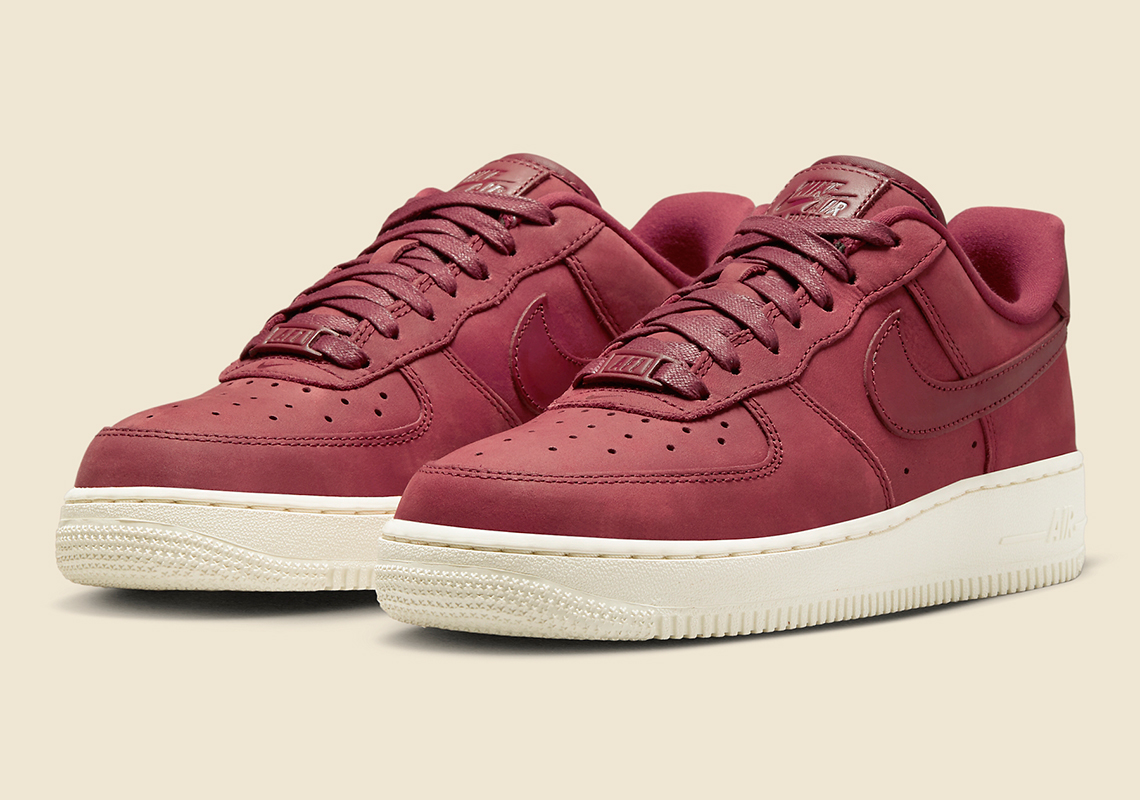 Throughout the 40th anniversary of Bruce Kilgore’s iconic silhouette, everything from multi-patterned Swooshes to its redesigned PLT.AF.ORM model exclusively for women, the Air Force 1 has seldomly graced the brands premium line of materials and construction. As the fall weather further establishes itself, The Swoosh is coupling its PRM line with simplified two-toned offerings.

Such is the case with the models latest proposition, featuring a clad burgundy shade dominating the smooth nubuck overlays of the upper whereas its tongue panels, Swooshes and heel counters render a contrasting leather construct. Further refined elements grace the model by way of its color-matched wax laces and soft cotton sock liner before underfoot the muted aesthetic is livened by a light “Sail” midsole and complimenting tread.

For a closer look at the Air Force 1 Low PRM “Light Maroon”, enjoy official images of the pair below as we sit tight on further release details.

In other new from the Beaverton-based brand, the Lyrical Lemonade x Nike Air Force 1 Low is releasing tomorrow, September 29th. 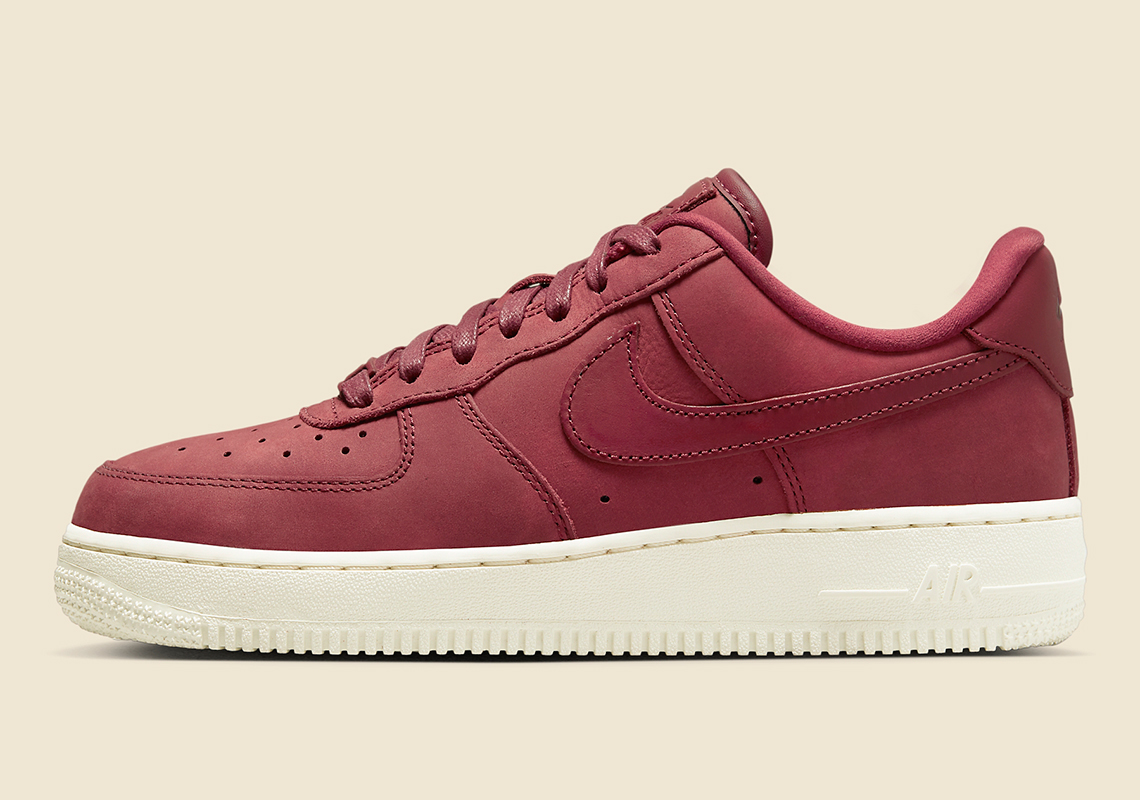 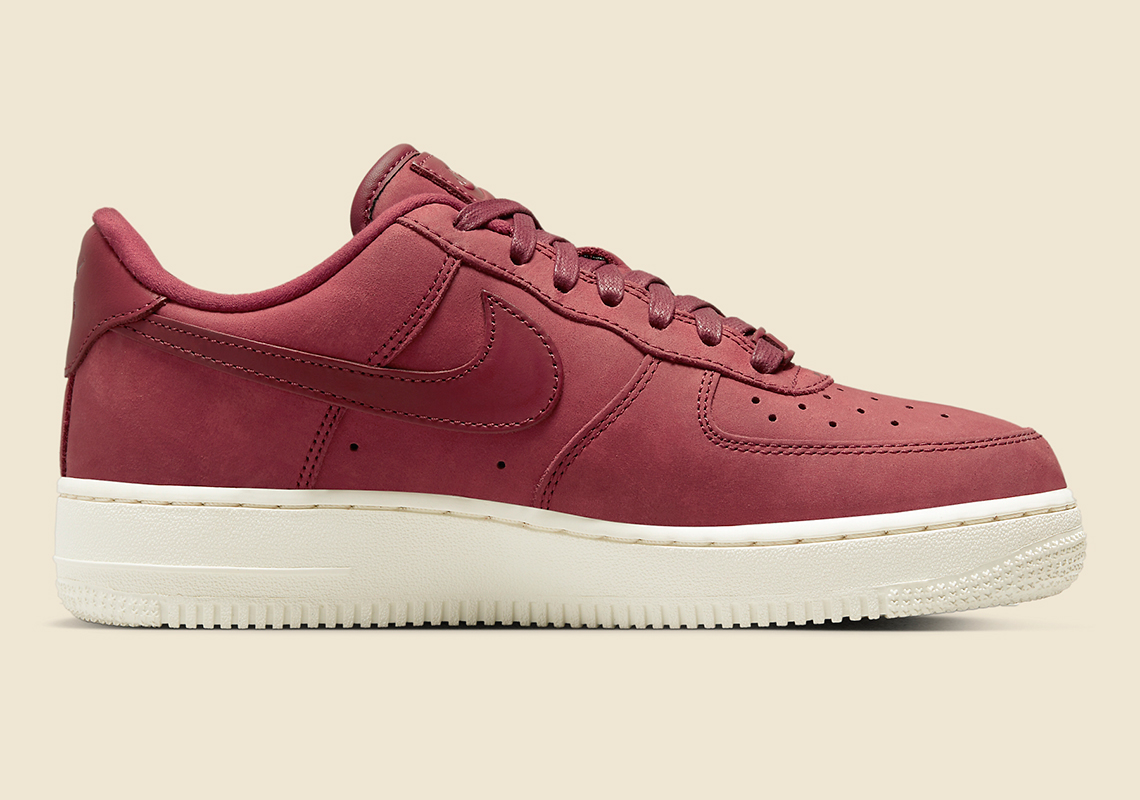 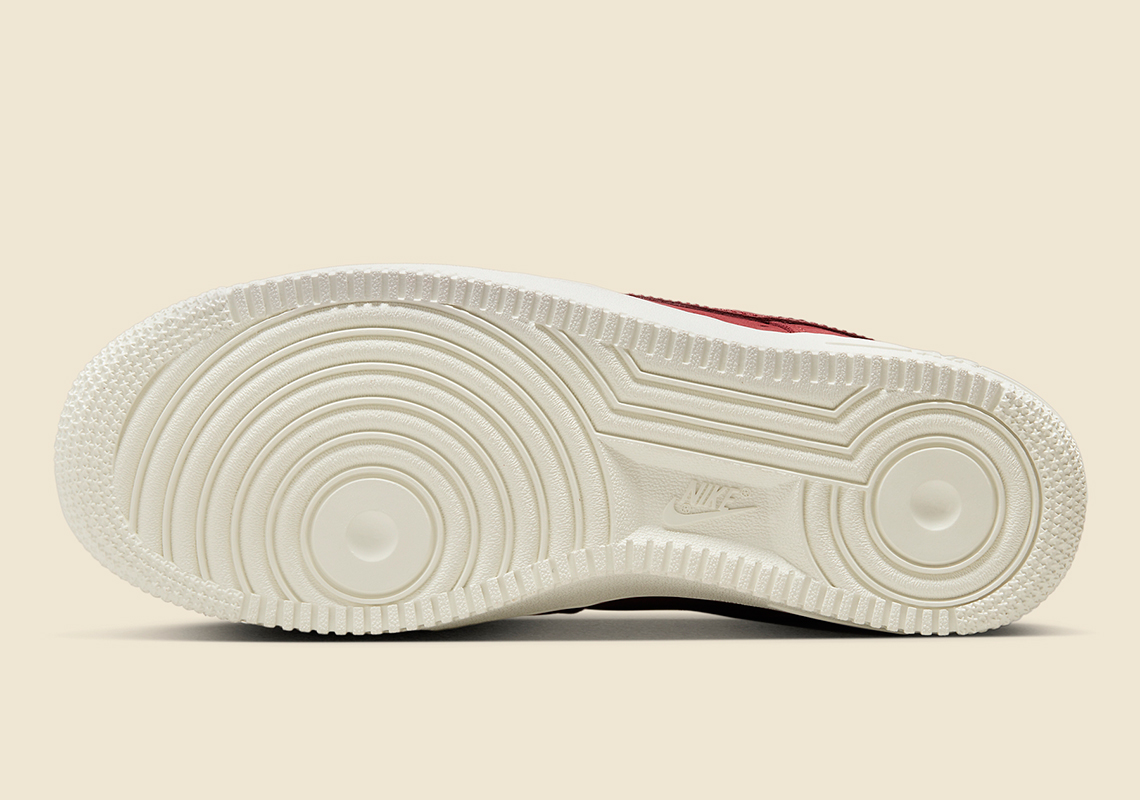 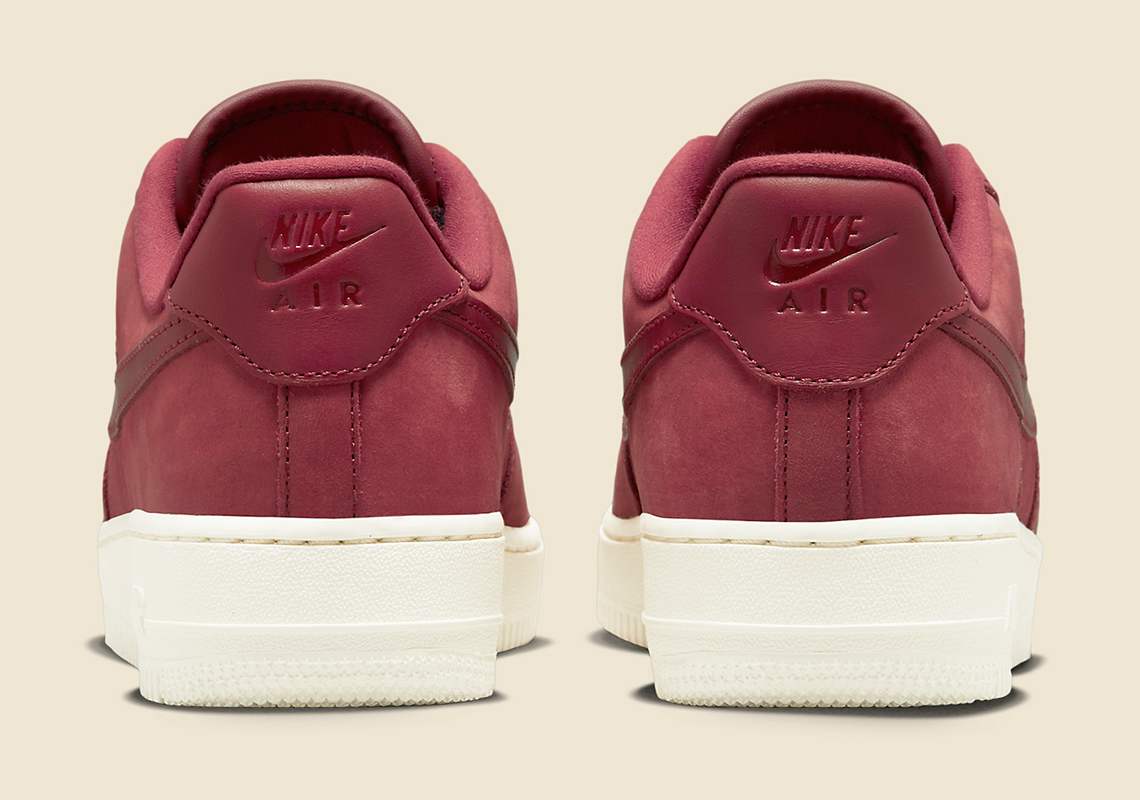 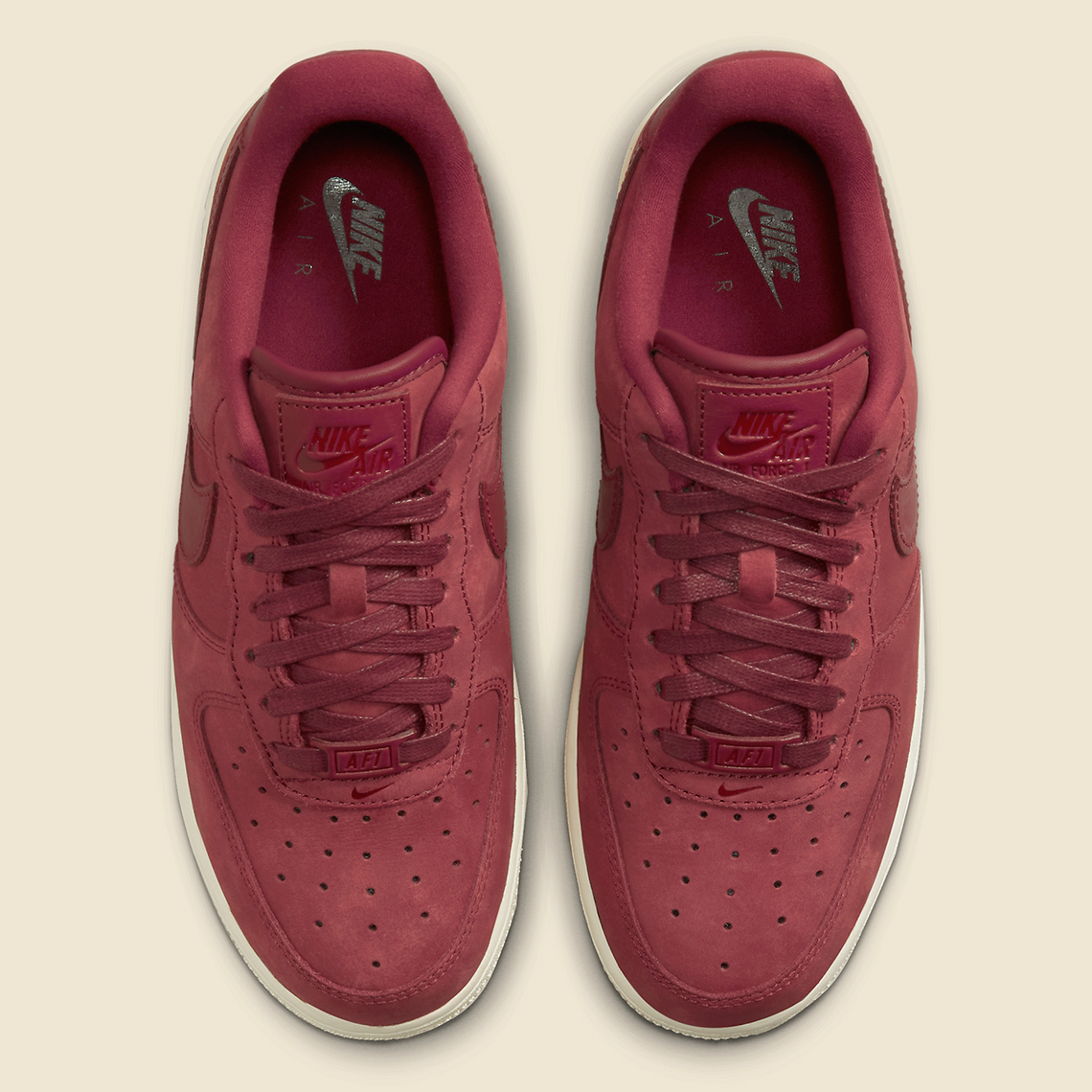 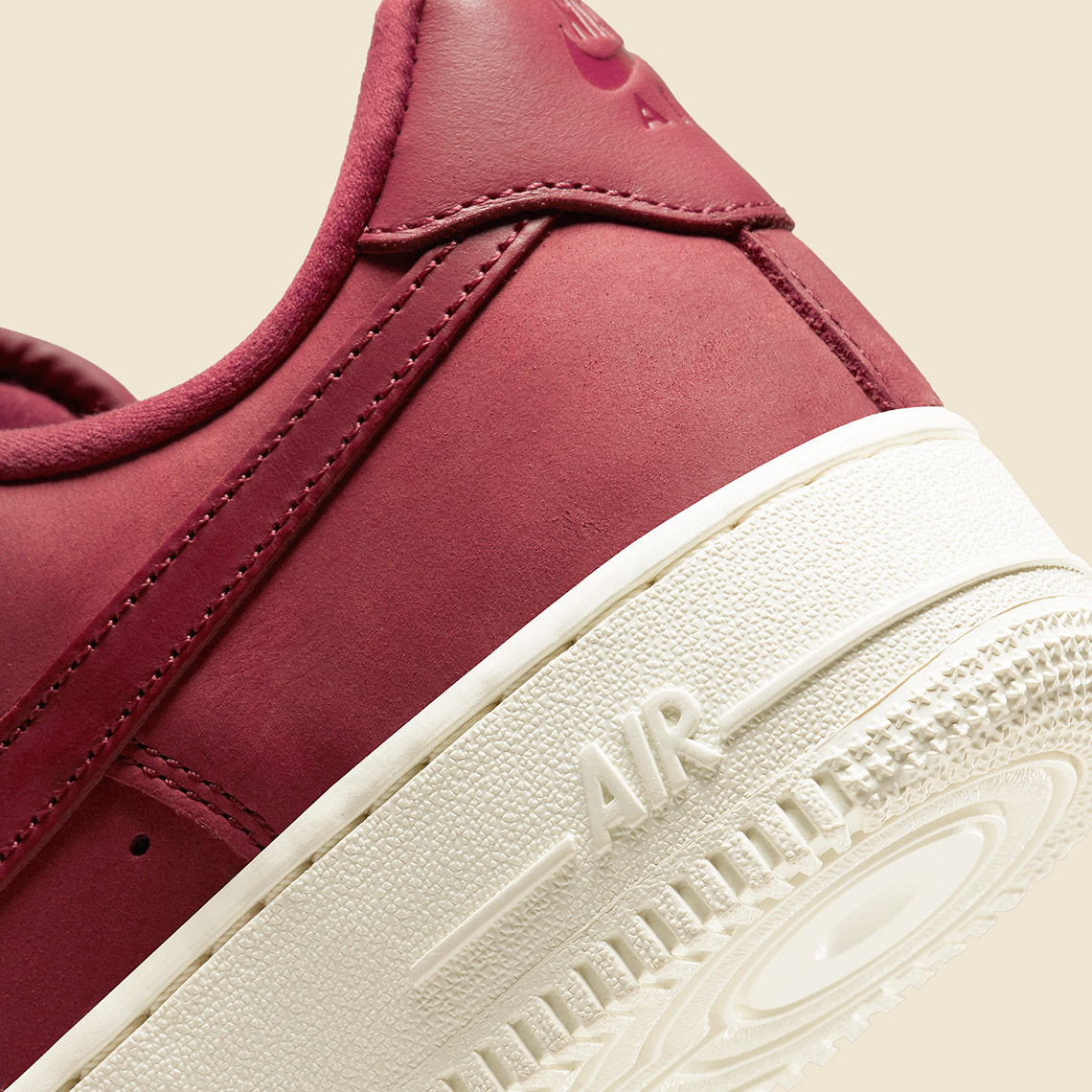 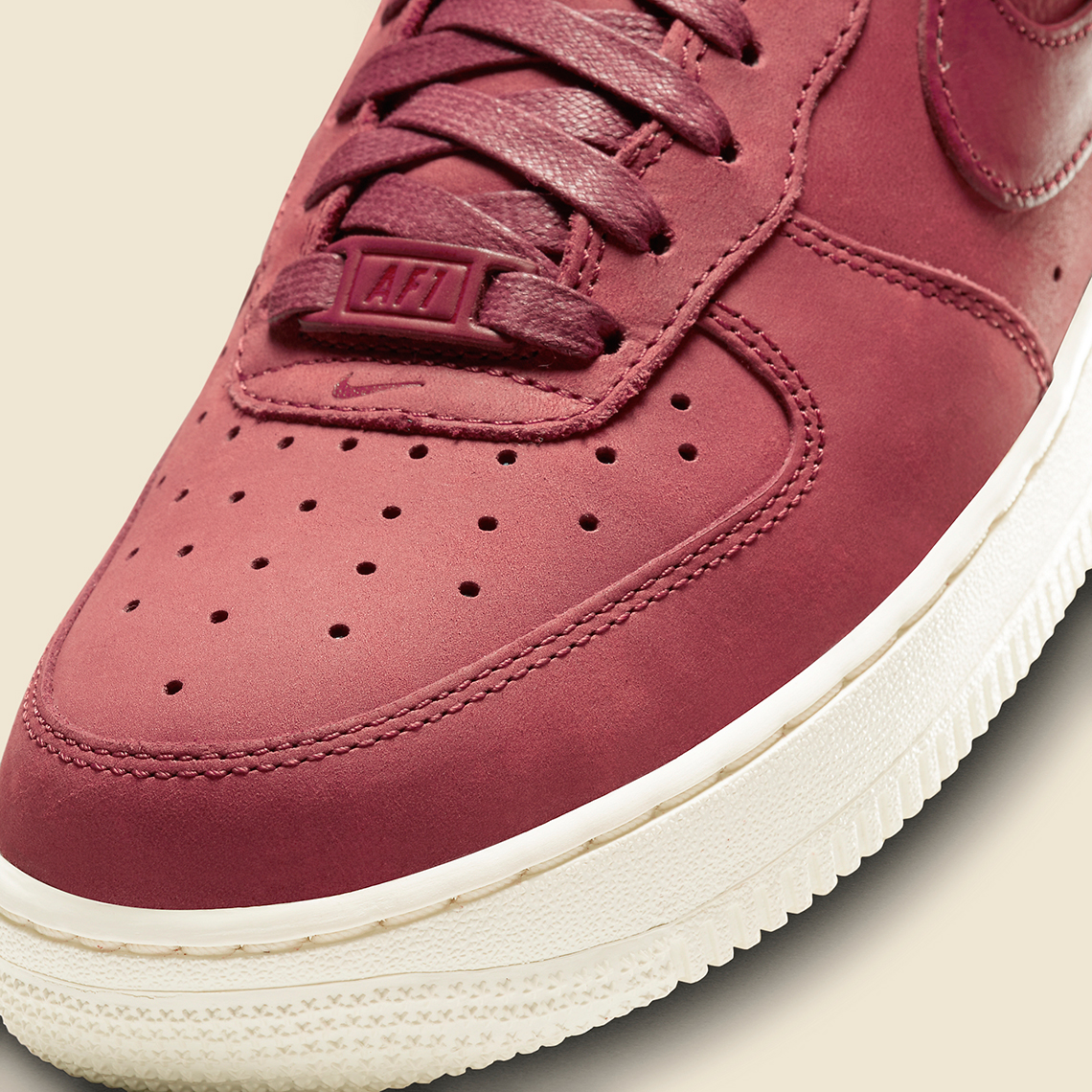