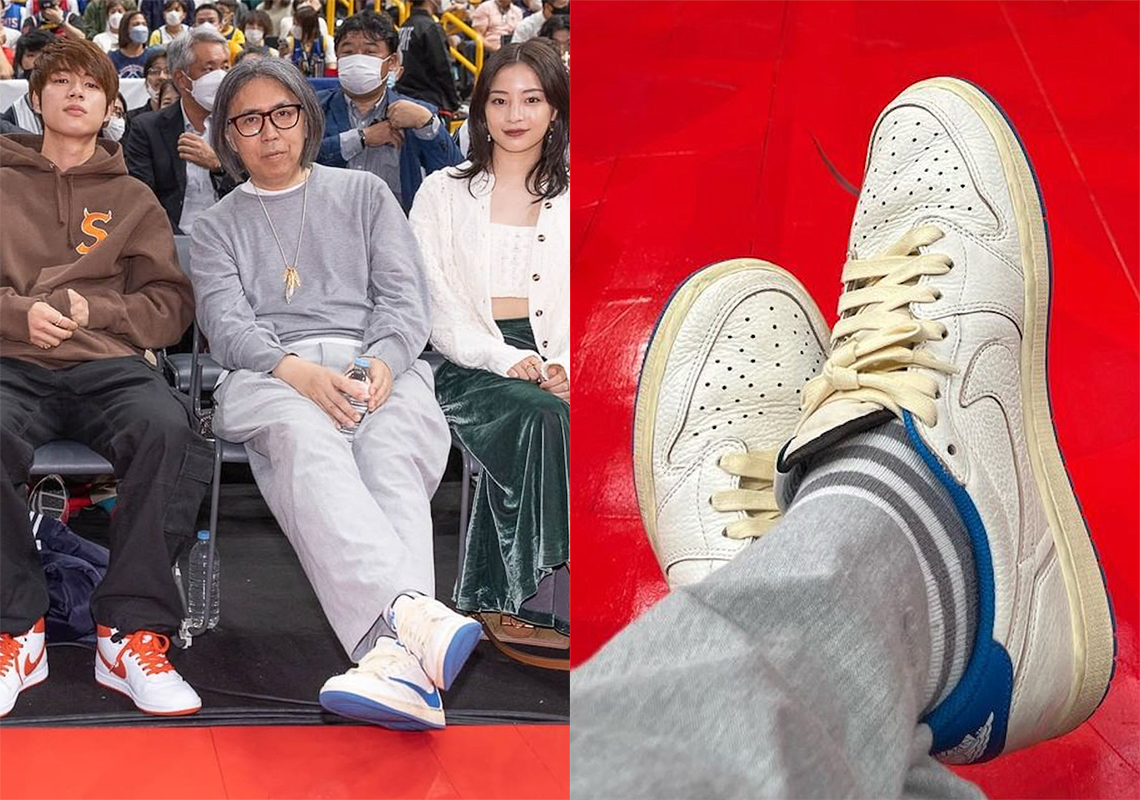 Travis Scott and the Air Jordan 1 may be a closed book for now, but does that rule out any cooperative projects with Hiroshi Fujiwara? The Fragment Design founder and La Flame linked up with two takes on the Air Jordan 1, delivering the infamous reverse Swoosh with the unmistakeable black/white/royal colorway in both Low and High form in the Summer of 2021, but the multi-faceted creative sparked curiosity as he was sporadically spotted in another colorway of the Low-top model.

Dressed in a white, sail, and royal, this unreleased version of the Air Jordan 1 Low OG by Travis Scott and Fragment Design made a surprise appearance during the NBA Japan Games, during which Hiroshi sat courtside alongside Naomi Osaka, Yuto Horigome, and other influential figures of the country. Seen in shots via @hypebeastjp and Fujiwara’s POV, you can tell these unreleased samples have some miles in them as they’re slowly entering the “beater” phase of the shoe’s life cycle.

A release date hasn’t been confirmed, but check out the latest shots here and we’ll update you if a release is ever confirmed. 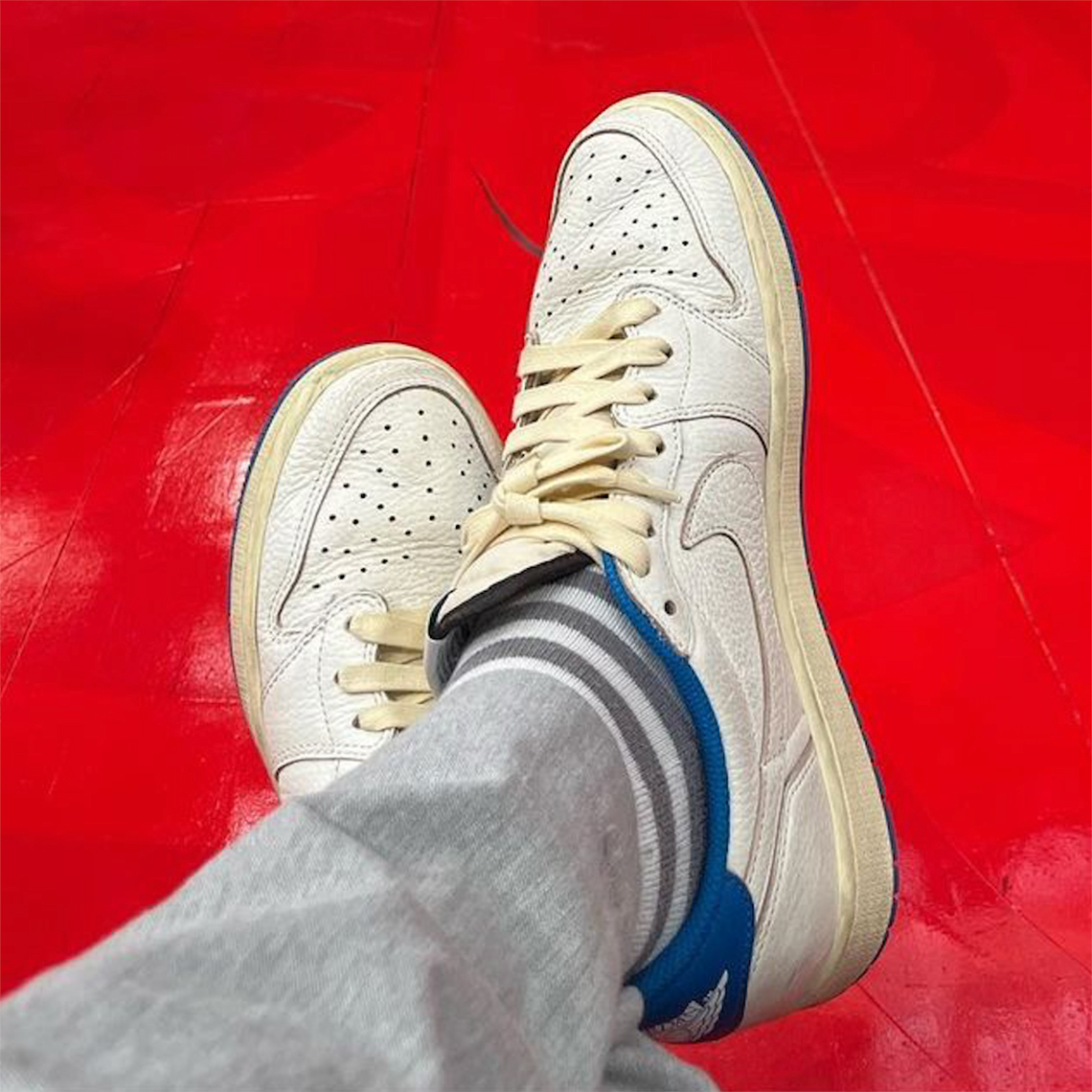 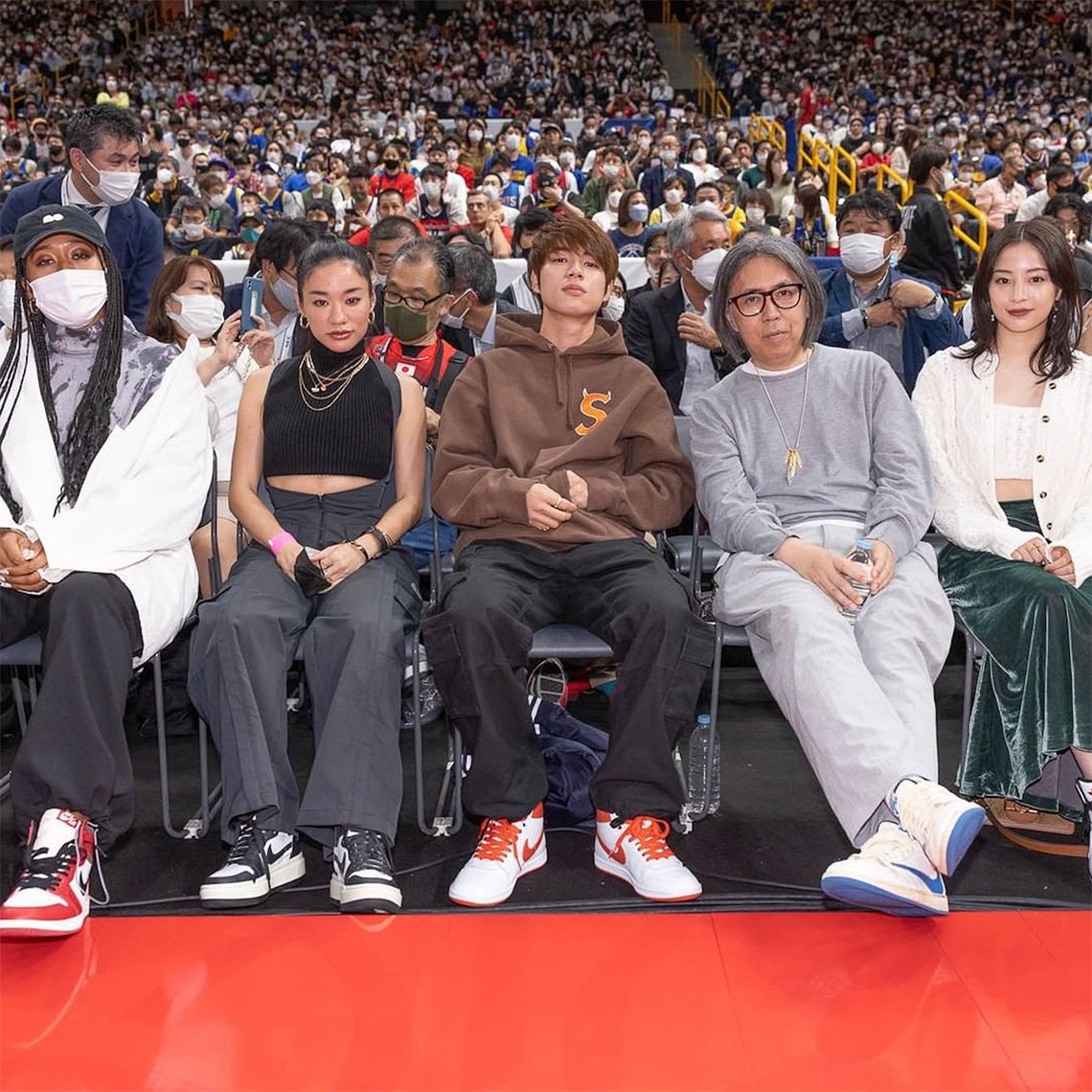 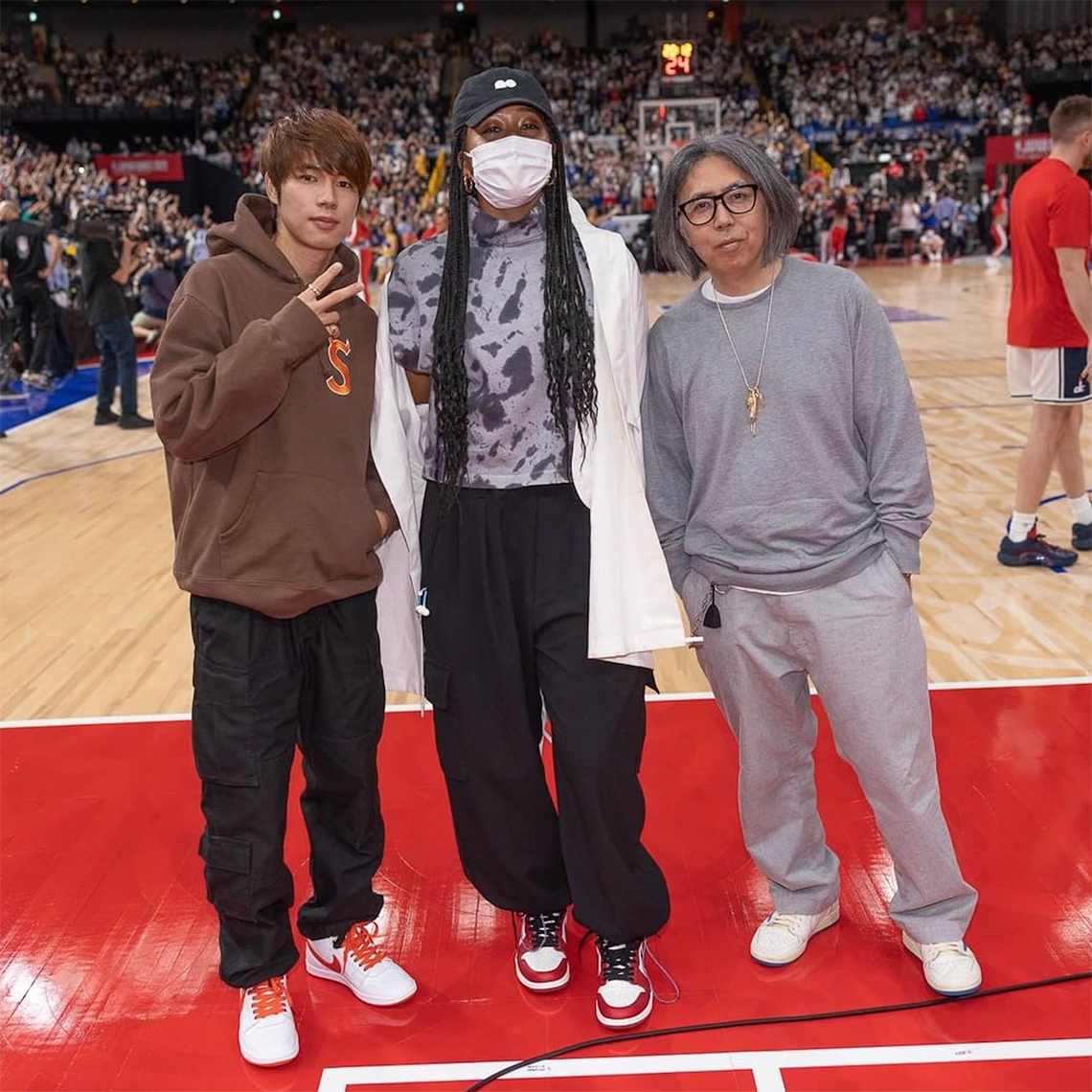