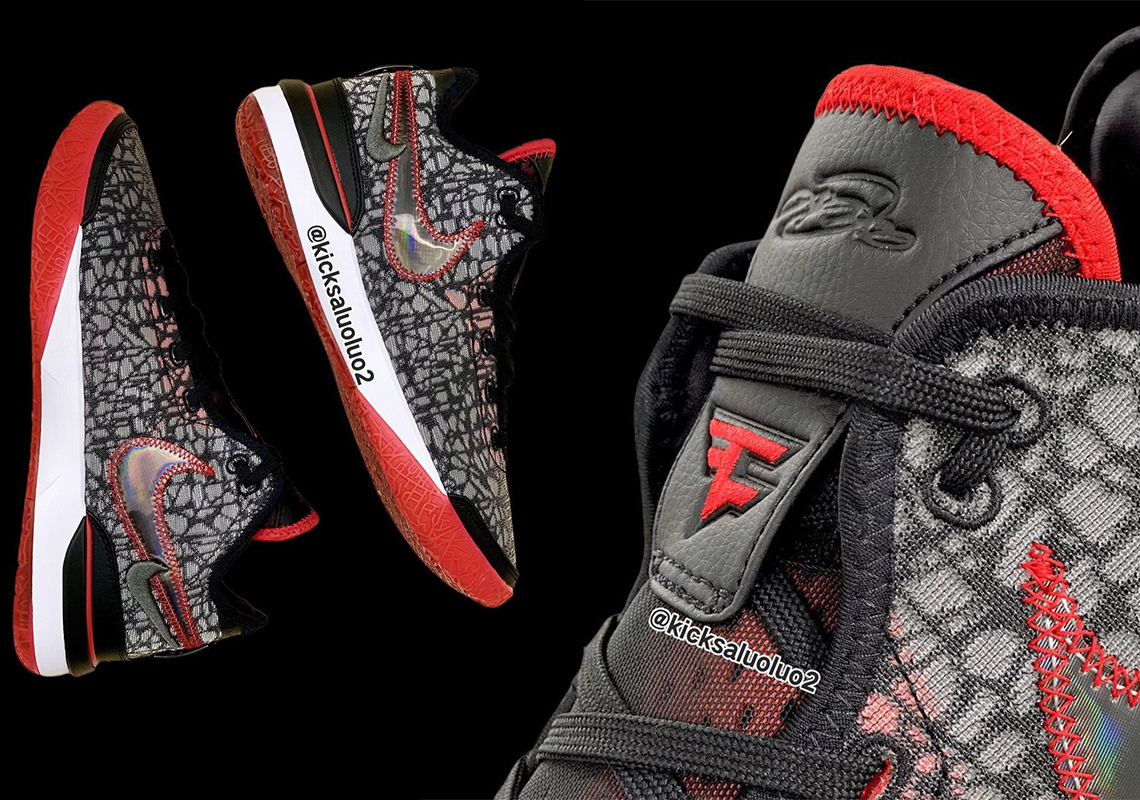 The Nike LeBron 20 isn’t just built to withstand The King’s style of play, it’s specifically designed and curated for the next generation of hoopers. With his sons Bronny and Bryce exploding onto the AAU circuit and centering themselves within the public eye as both influencers and Top 100 players, the latest iteration of LeBron’s 20th signature silhoeutte pays direct homage to his eldest sons biggest pass time away from the court, streaming video games.

As a religious player of Call of Duty, Bronny James became the first high school athlete to sign with Esports and gaming organization FaZe Clan back in 2020, sitting amongst Kyler Murray and other members for the July 2021 Sports Illustrated cover that documented the new generations obsession with content creators streaming their first-person shooter matches.

Inspired by the group’s red and black color scheme, the pictured Nike LeBron 20 NXXT enacts a stitched black webbing across the model’s light grey base layer while the pitch-dark shade continues to treat the laces and tongue construction proffering an embossed FaZe Clan emblem. Disparate from previous propositions, the once shadowed Swoosh instead renders a scaled-down embroidered Check below the mainstay’s reflective silver insignia accented by crimson stitching. Continuing to harken the latter hue, the tongue’s trim and semi-translucent tread conclude the use of titular red embellishments whereas a crisp white Air Zoom sole unit underfoot finishes the tribute silhouette.

No release date information has been shared just yet, so in the meantime enjoy a first look at the FaZe Clan x Nike LeBron 20 NXXT below. 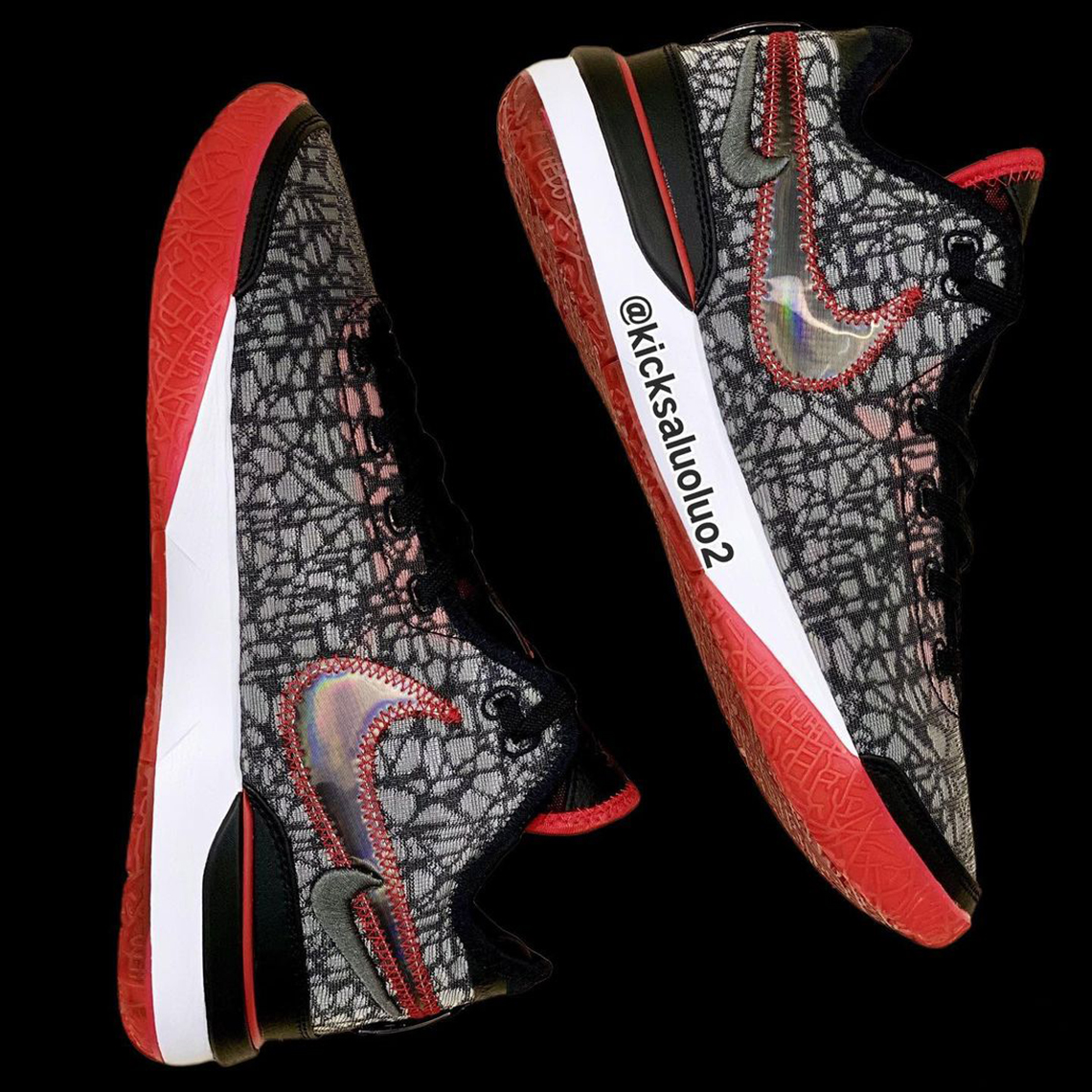 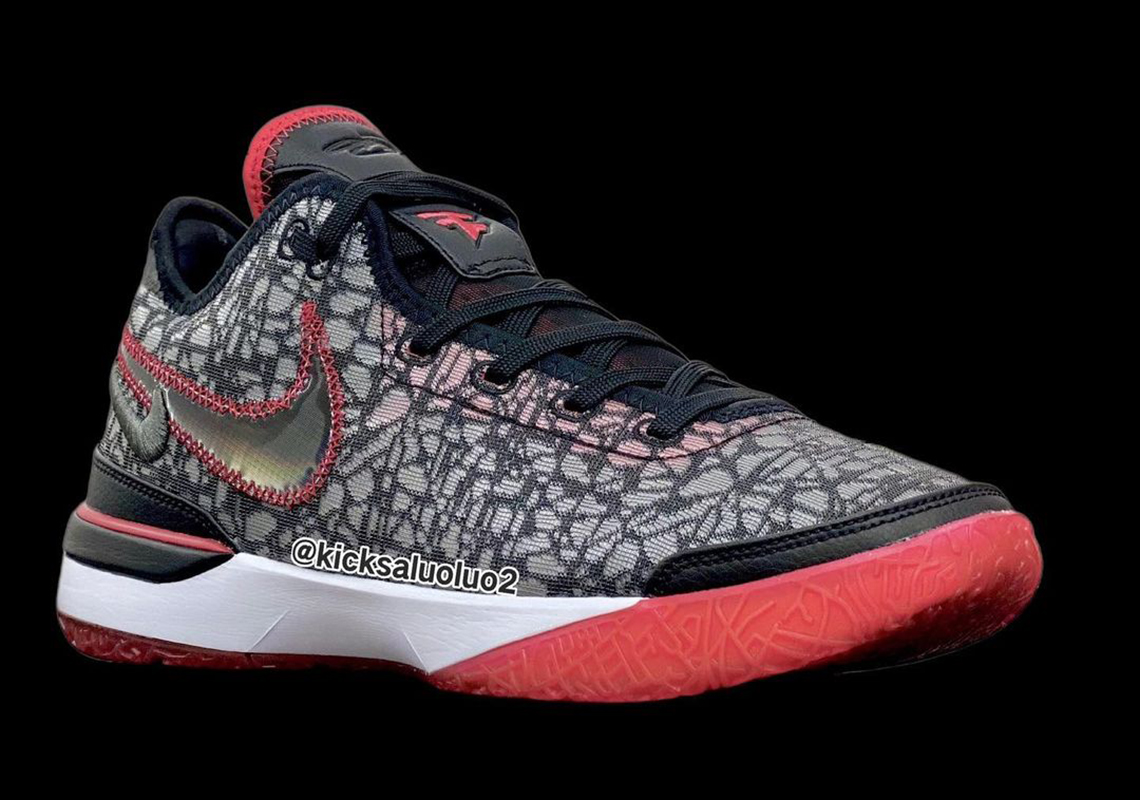 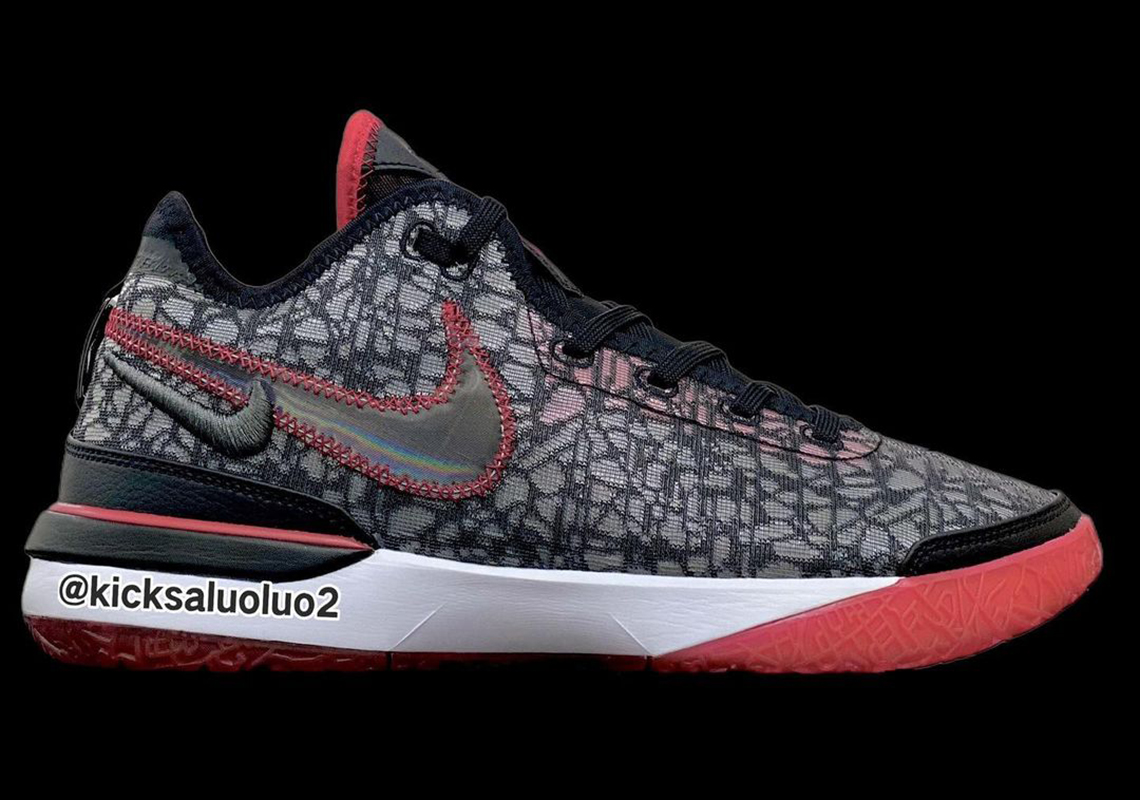 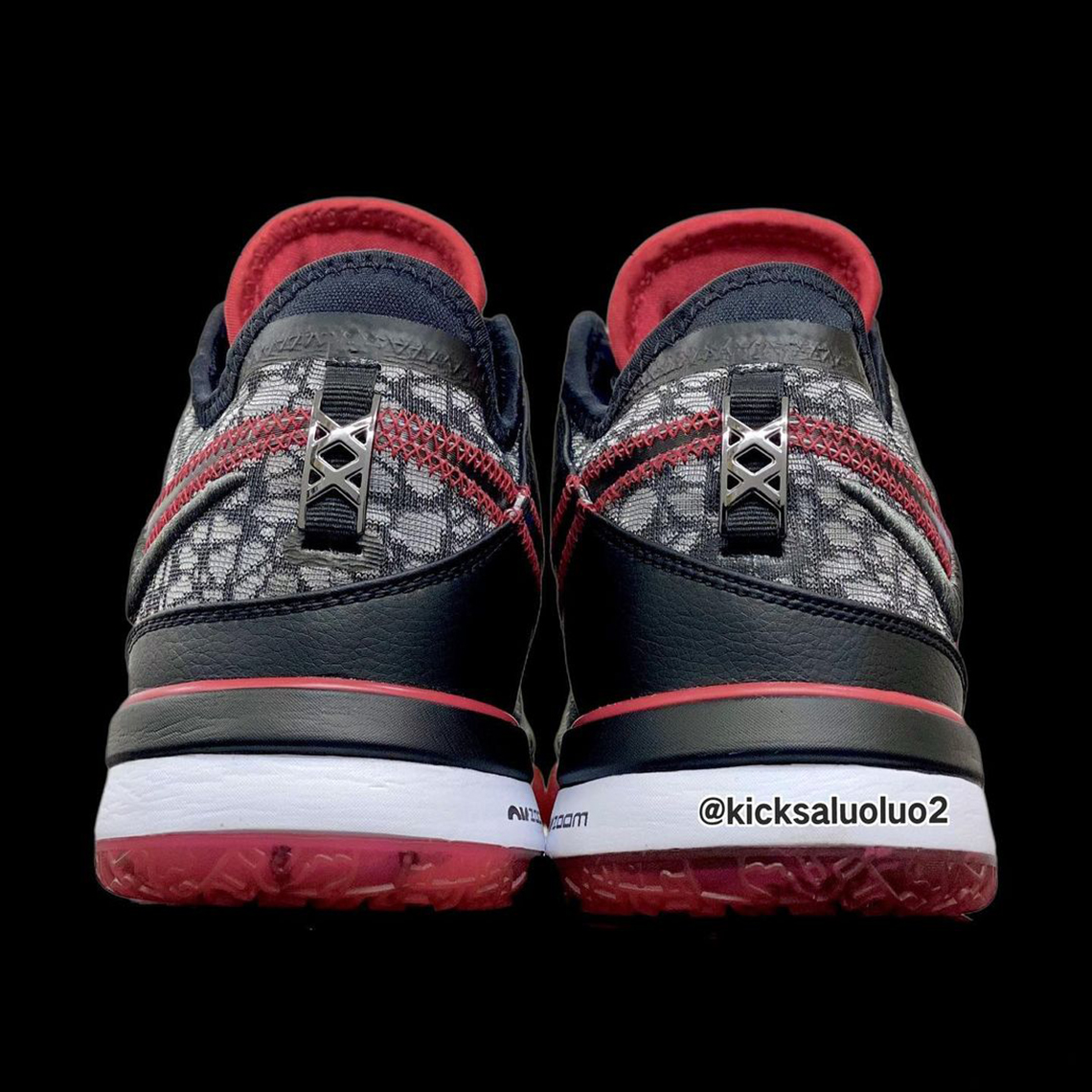 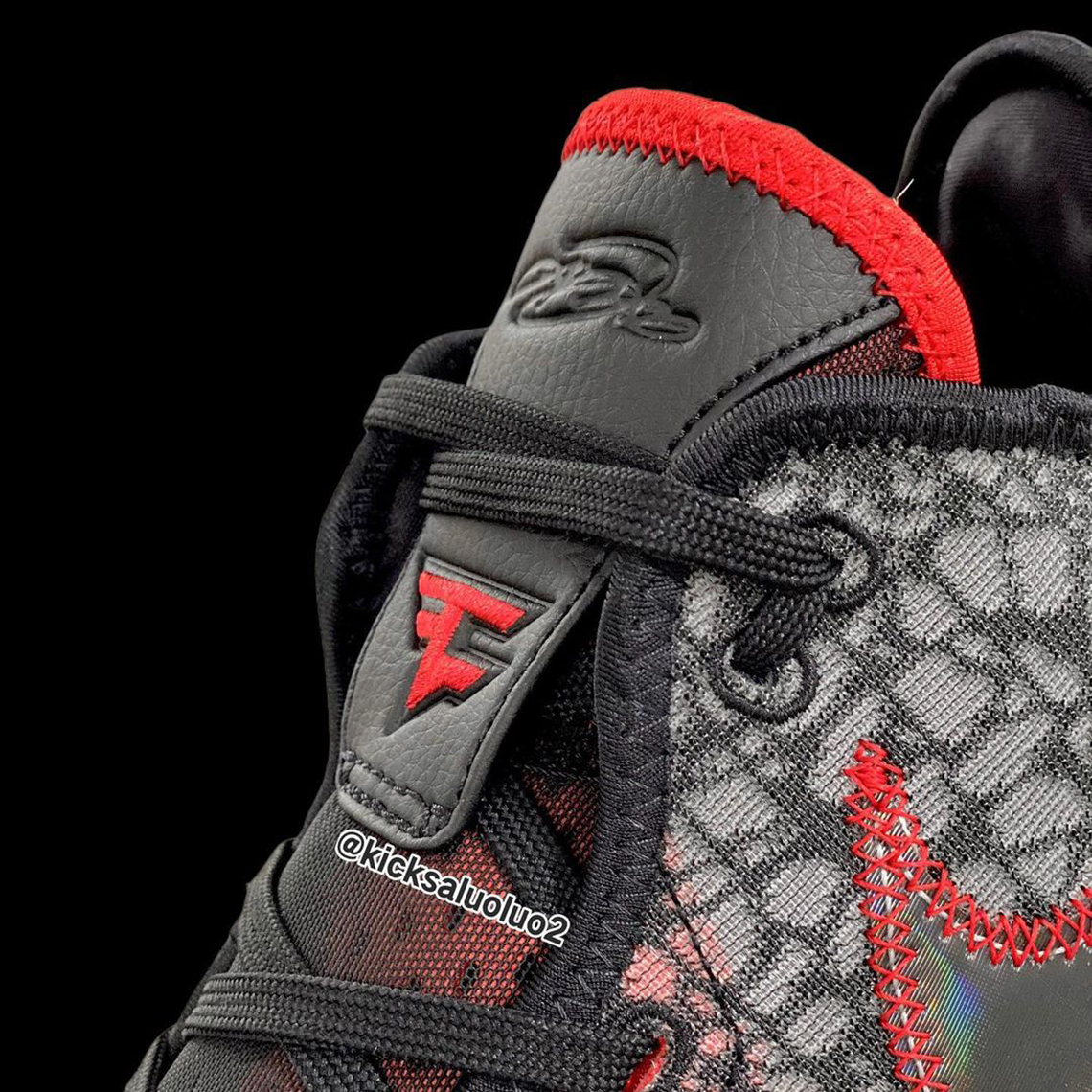 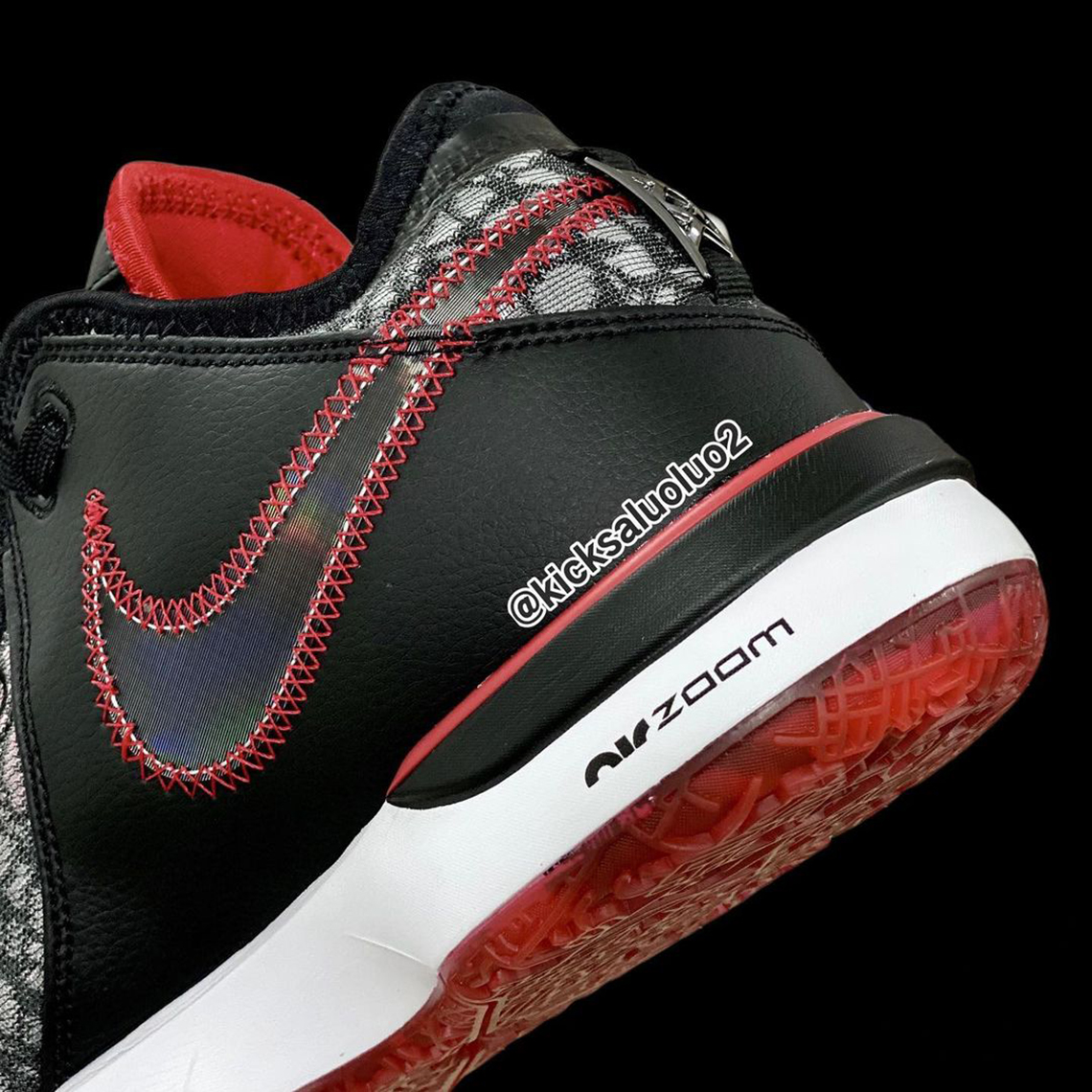