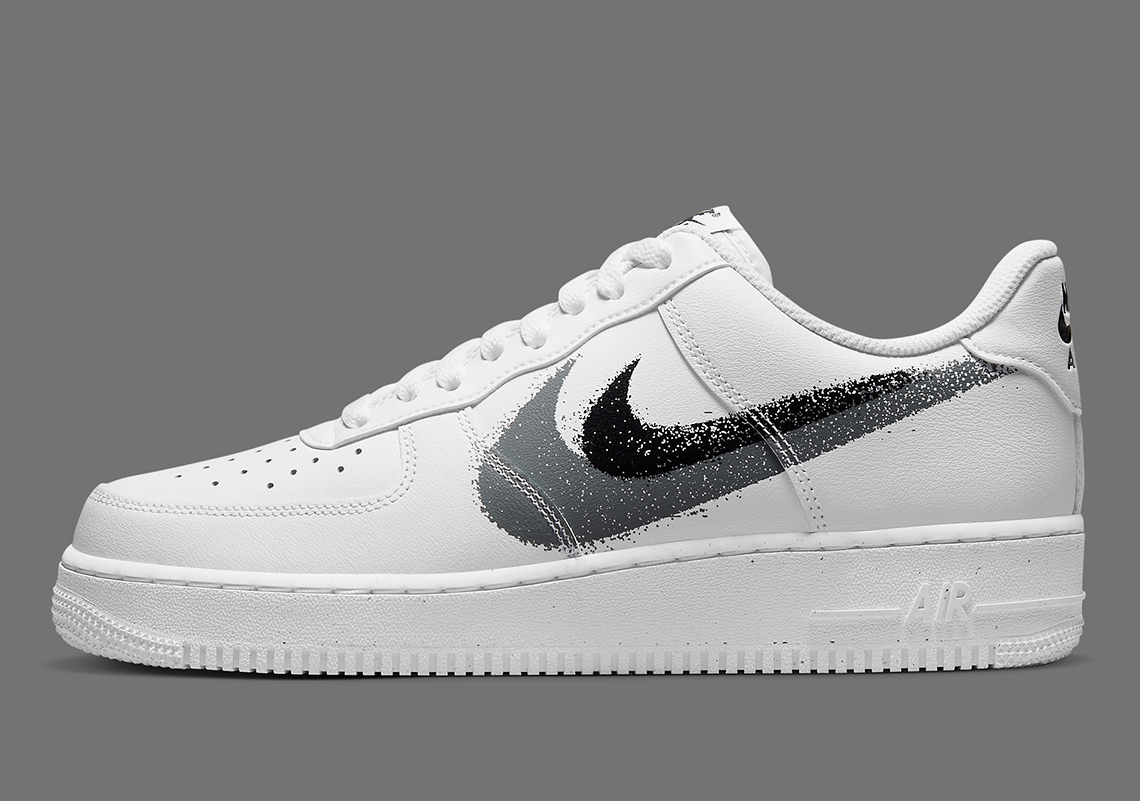 From Tartan Swooshes to its faux Moving Company, Nike’s Sportswear division has enacted a multitude of inline themes for its roster of silhouettes to indulge in throughout the year, with the latest slate spray painting its midfoot Checks onto the various model’s. Anchoring the Nike Air Max Plus 3, Dunk Low and Air Max 90 thus far, the Beaverton-based brand’s 40th anniversary silhouette is next up to flaunt the stenciled Swoosh.

Expanding its roster of “Triple-White” extensions, the latter scheme coats the entirety of the silhouette in crisp white leathers and mesh while seldom pitch-black accents outfit the “NIKE AIR” branding adorned along the tongue and heel tabs. Spray painted on its main panel, a dark grey Swoosh renders slightly underneath a resized jet-black check whereas the medial side sprouts a grey tumbled leather insignia. Slight residue from the paint job is additionally featured along the sole unit in conclusion.

Sit tight as we anticipate the release date for the Nike Air Force 1 “Spray Paint” within the coming weeks. In the meantime, enjoy official images of the pair below. 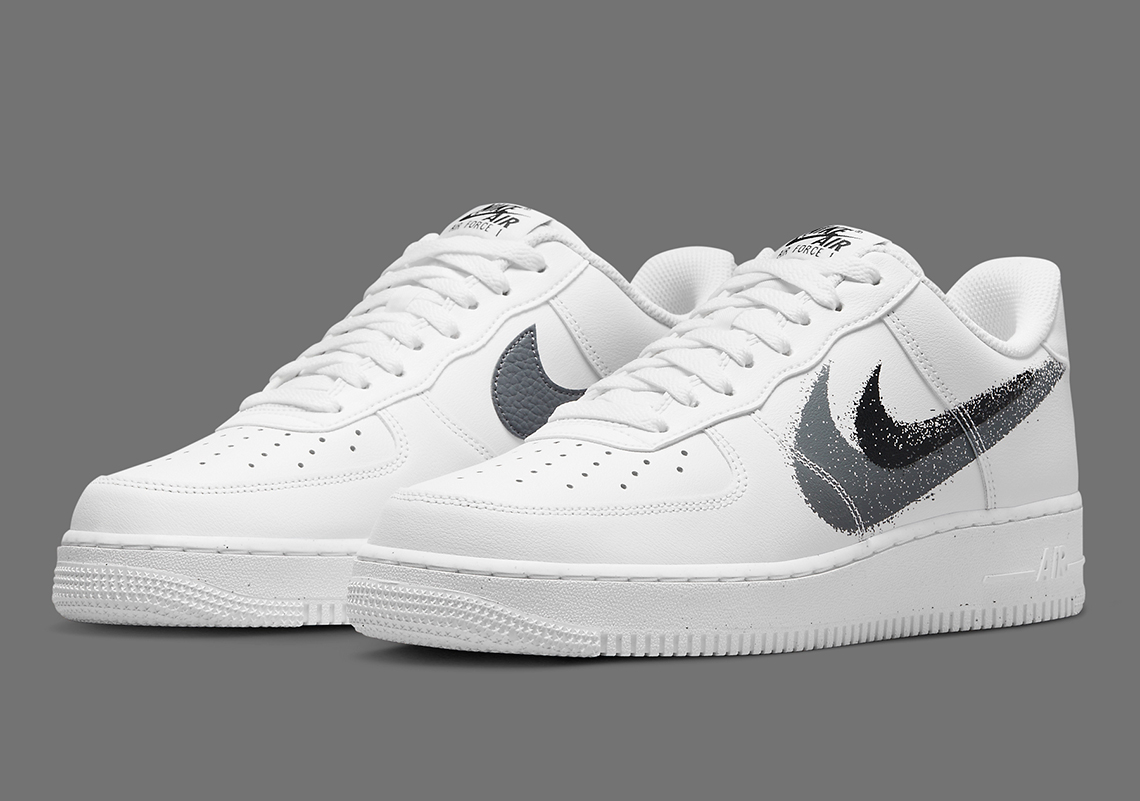 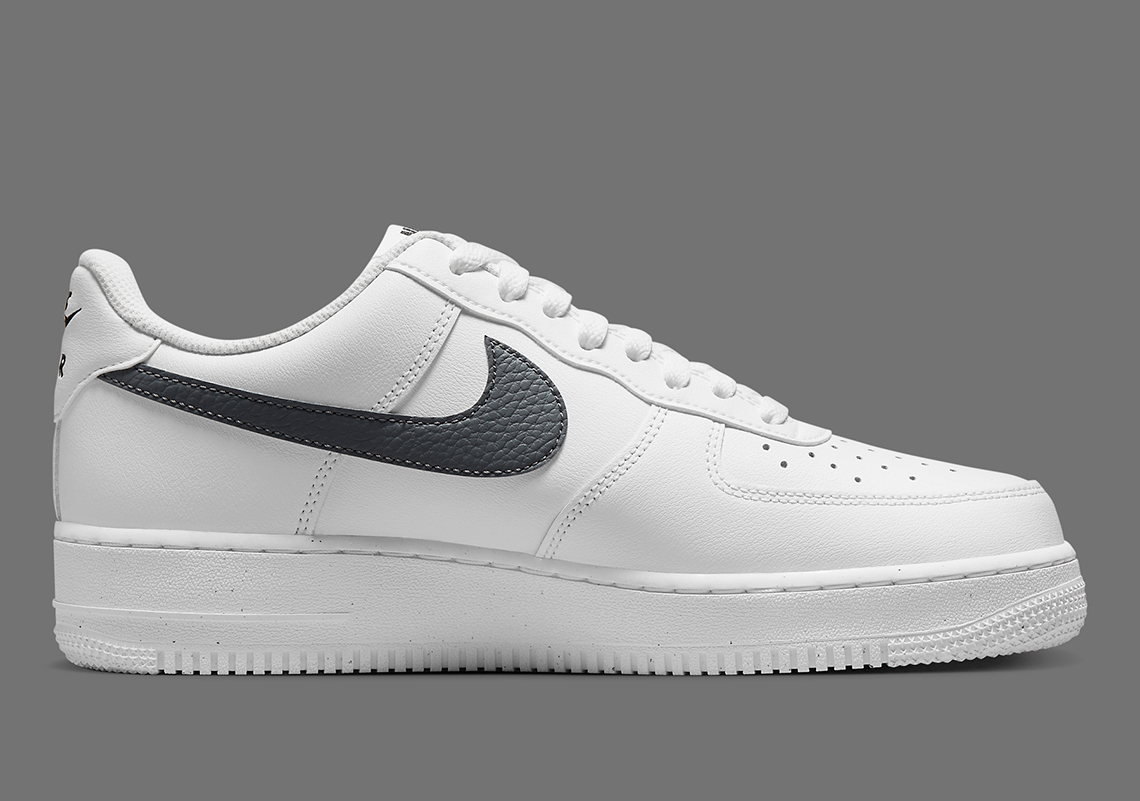 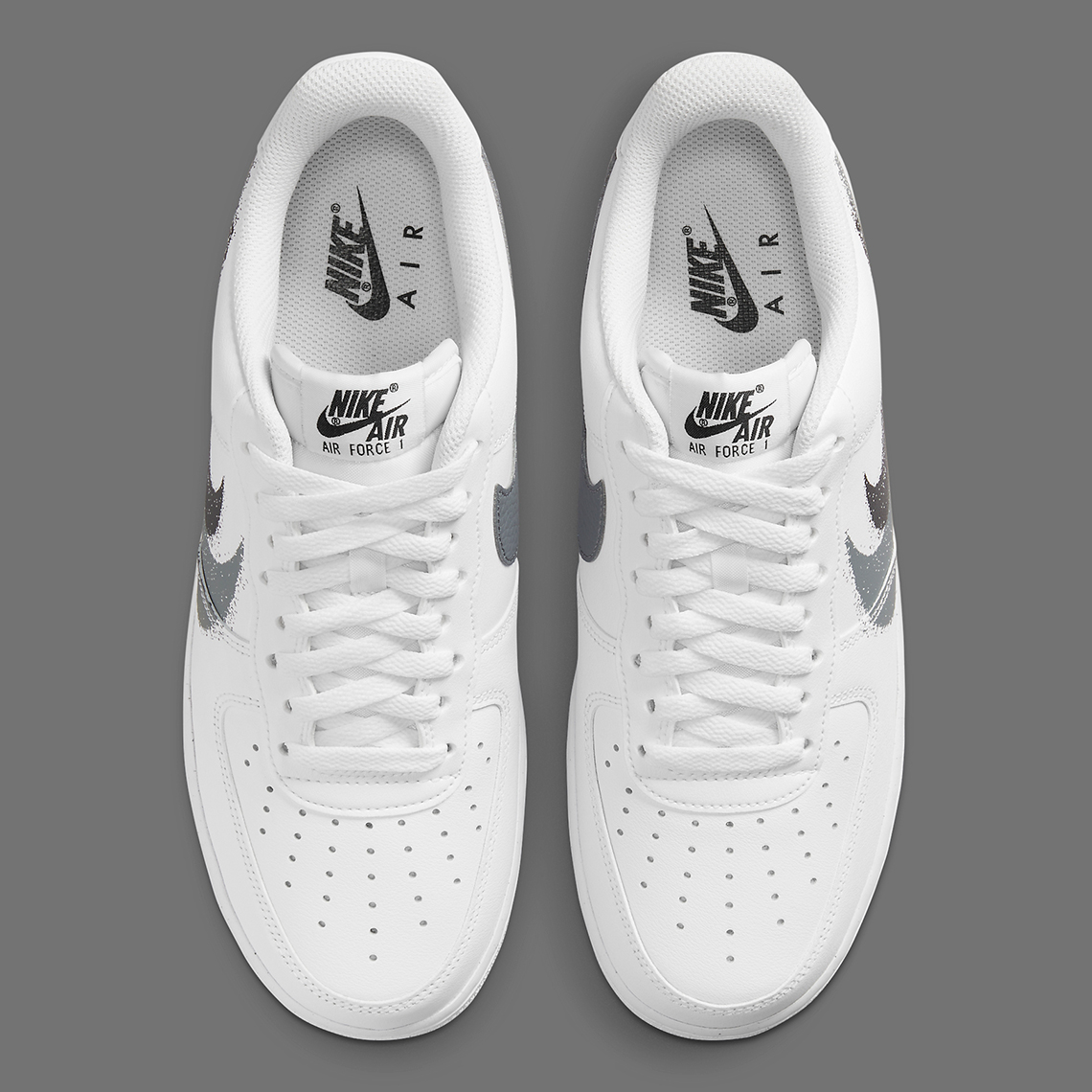 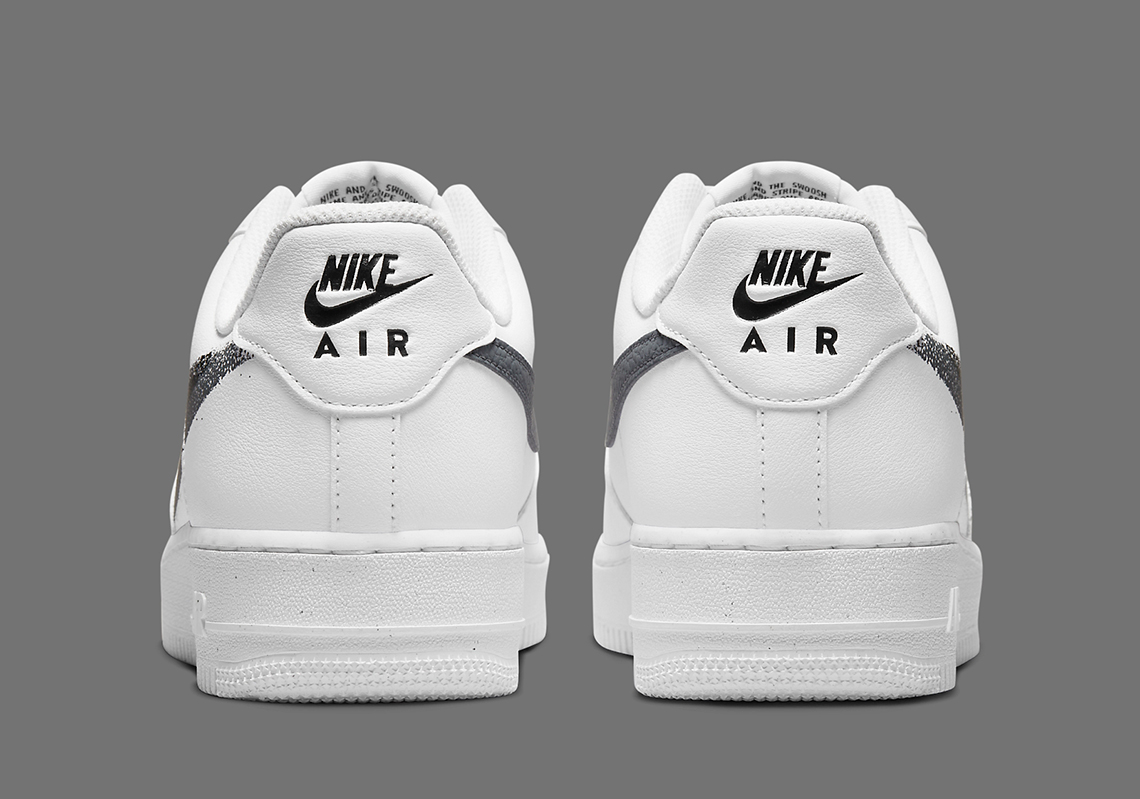 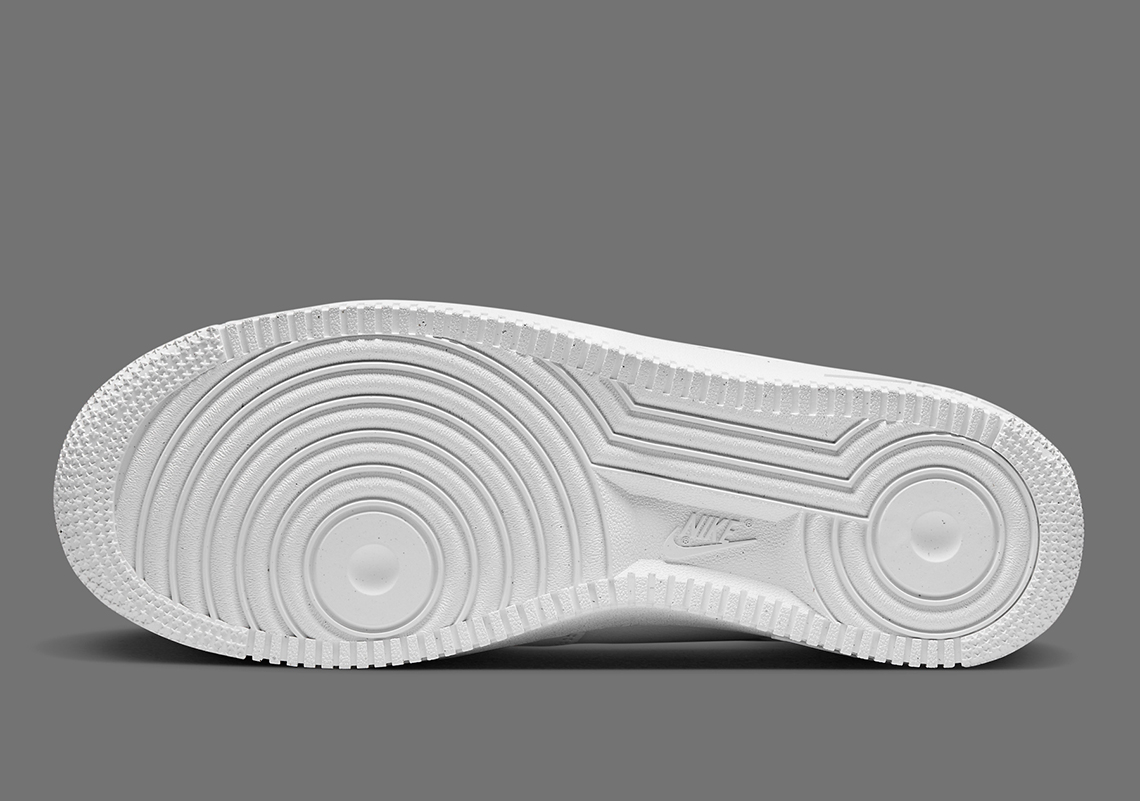 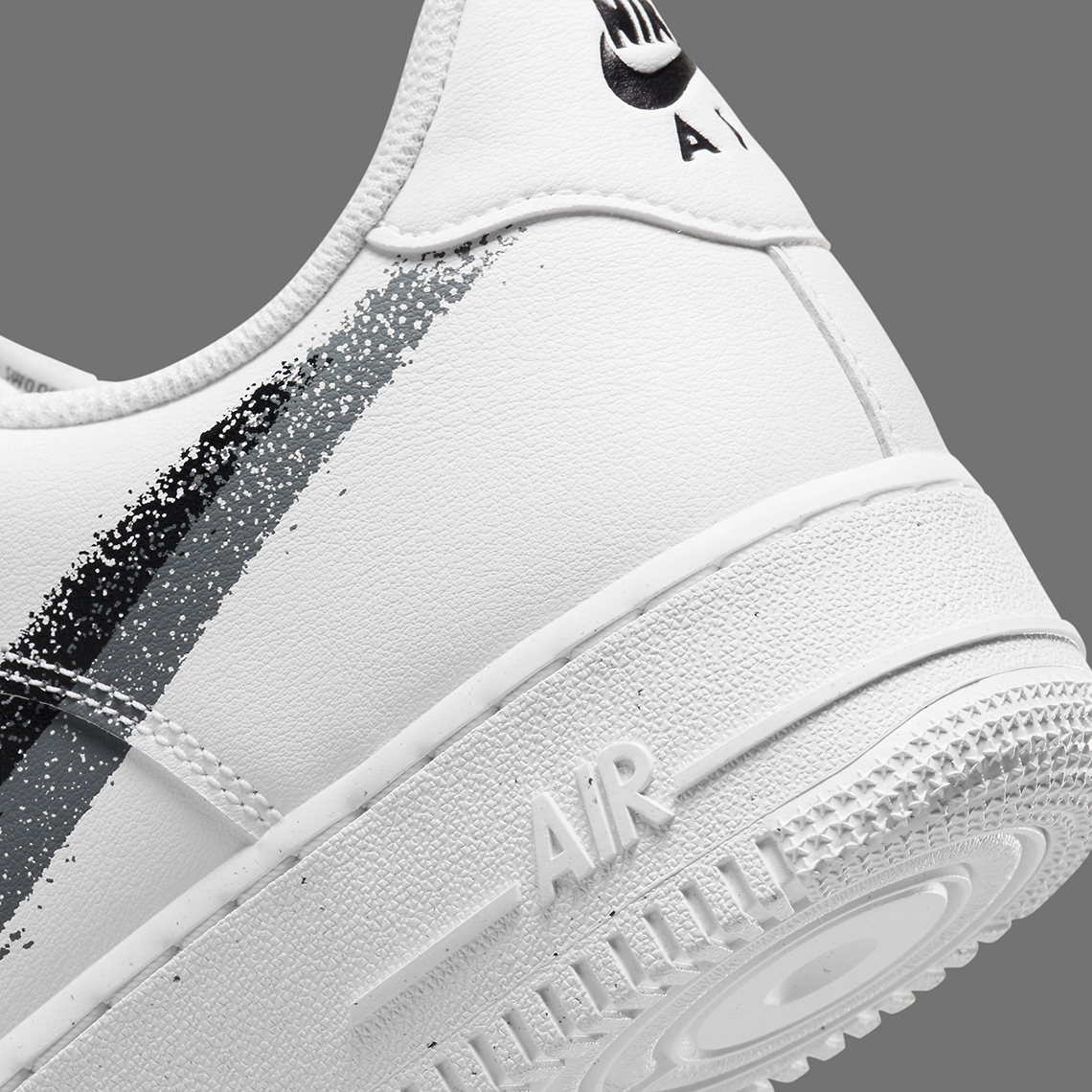 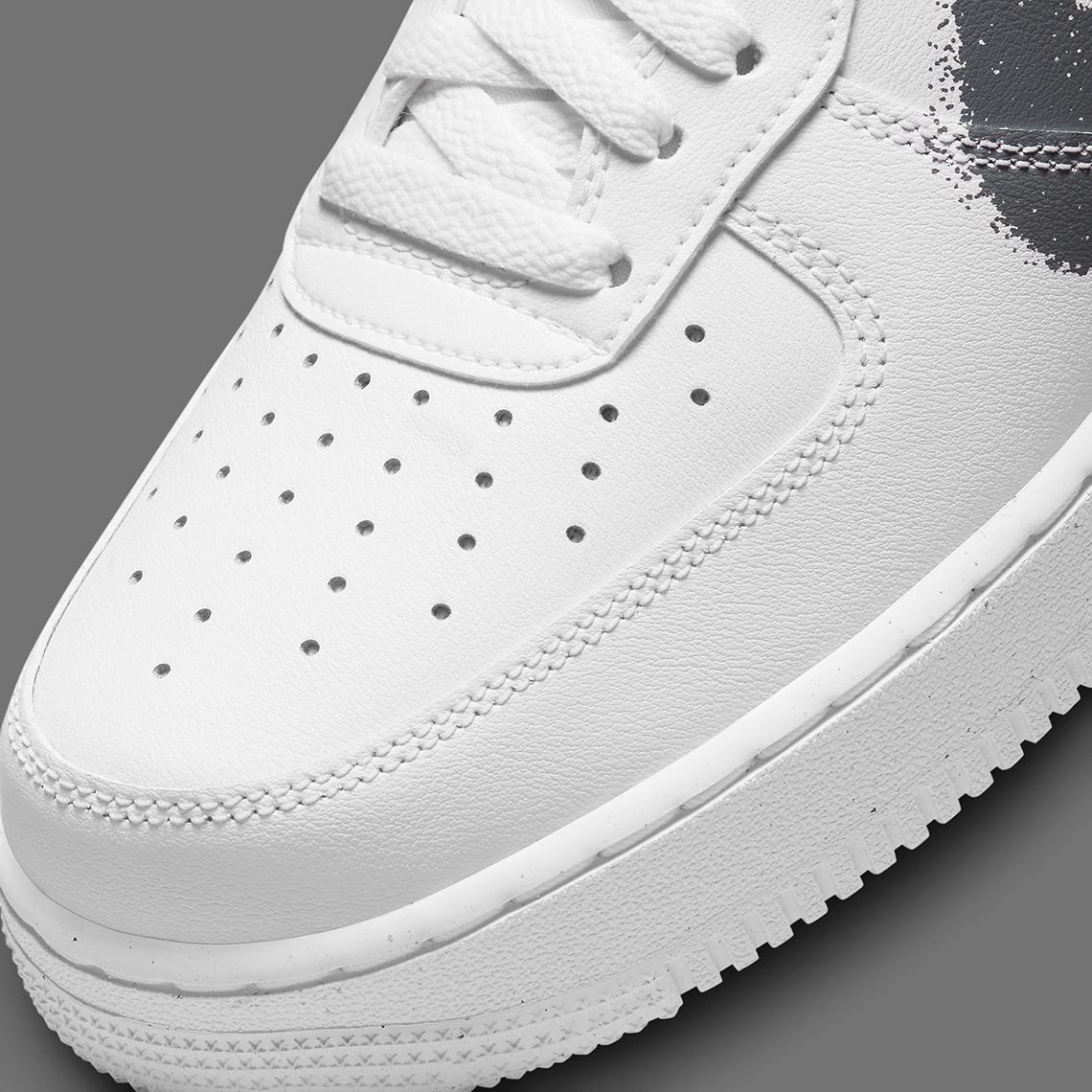