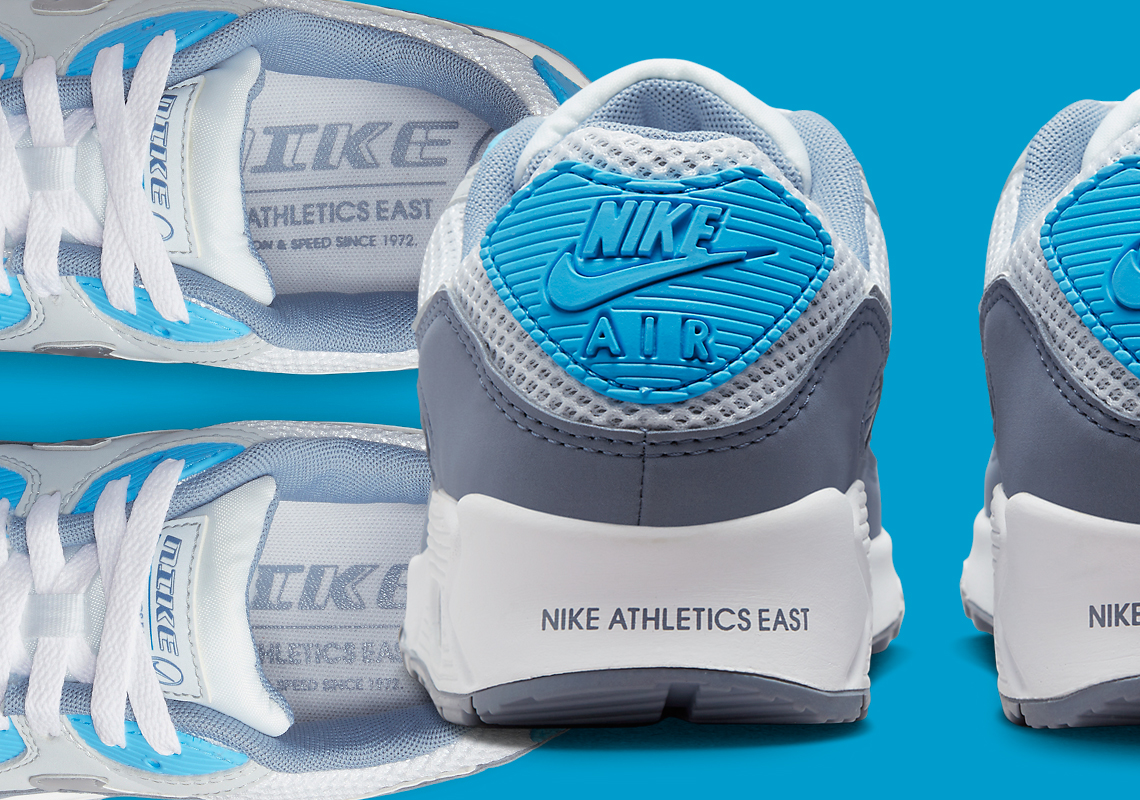 During their days under the Blue Ribbon Sports banner, Phil Knight and Bill Bowerman anticipated the declining notion of jogging within the States as amateur runners struggled to finance their own training and travel for competitions outside of their University-sponsored events. Combatting the latter with Athletics West, a rag-tag group of 12 amateur runners – including Steve Prefontaine – broke multiple world records alongside achieving a gold medal while redefining the country’s definition of competition and the state of running.

In celebration of the group’s formation, the latest Nike Air Max 90 is set to begin a new seasonal in-line collection for next year titled “Athletics East”.

Centering its crisp white base layer in a doubled-up mesh construction, colorless matches render themselves across the tongue and laces while a grey nubuck overlay and mudguard create a murdered out aesthetic with its matching midfoot Swoosh. Directly underneath a darker grey affixed with a slight navy undertone envelops the “AIR MAX” branded midfoot panel in tandem with its quarter overlay while luminous “University Blues” lay claim to the horizontally ridged eye stays. Underfoot, the clad white midsole comes branded with “NIKE ATHLETICS EAST” in tandem with further denotations adorned at the tongue tab and insoles while its dark grey tread concludes the pairs design elements.

While we sit tight on further release details expected to be announced in early 2023, enjoy official images of the Nike Air Max 90 “Athletics East” below in the meantime. 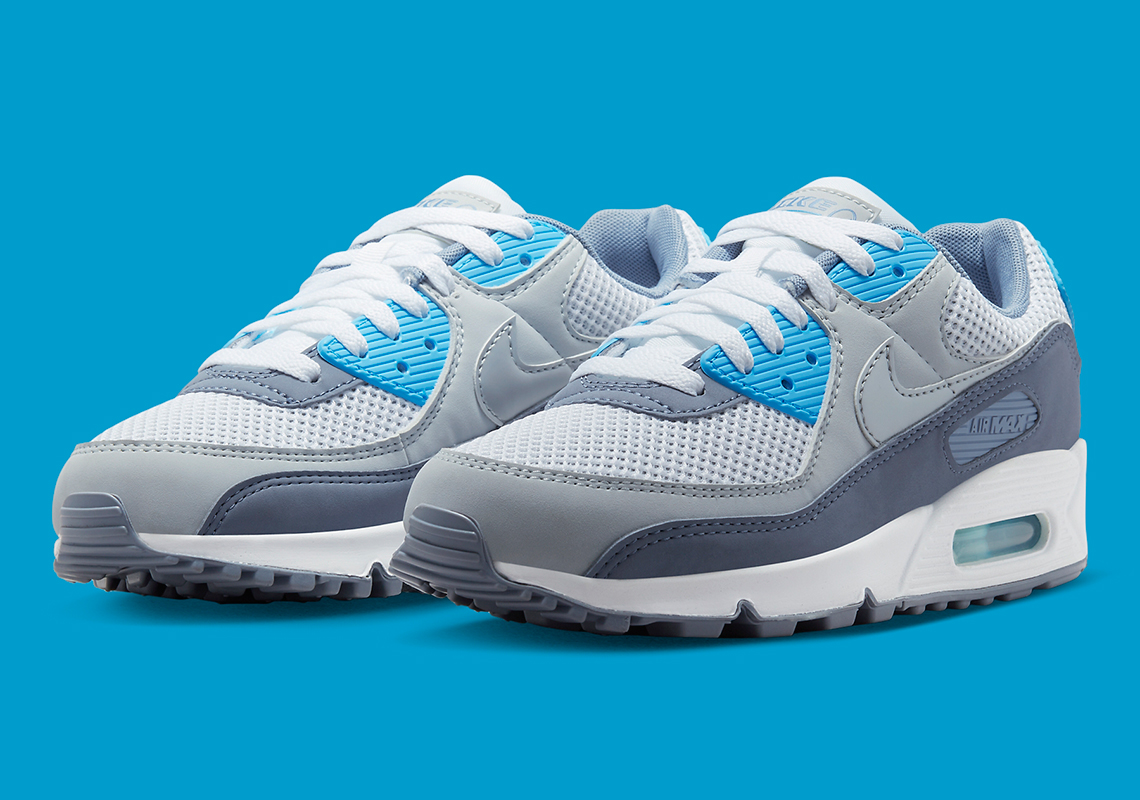 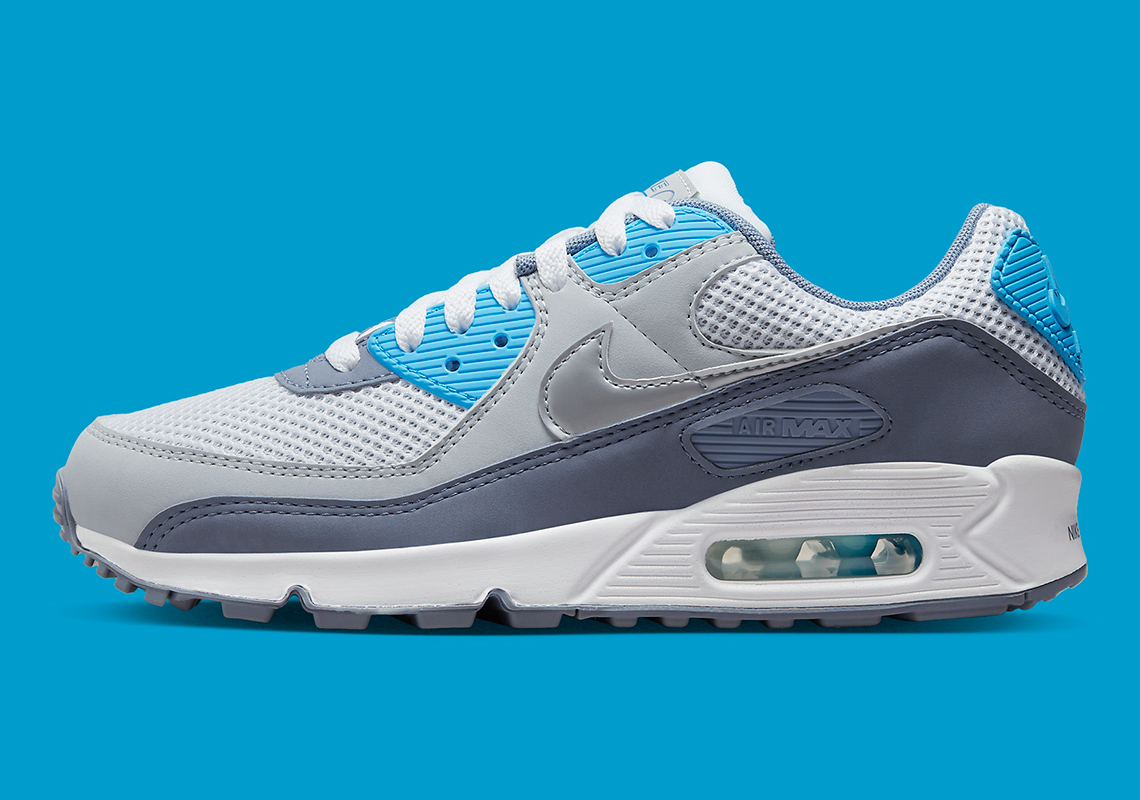 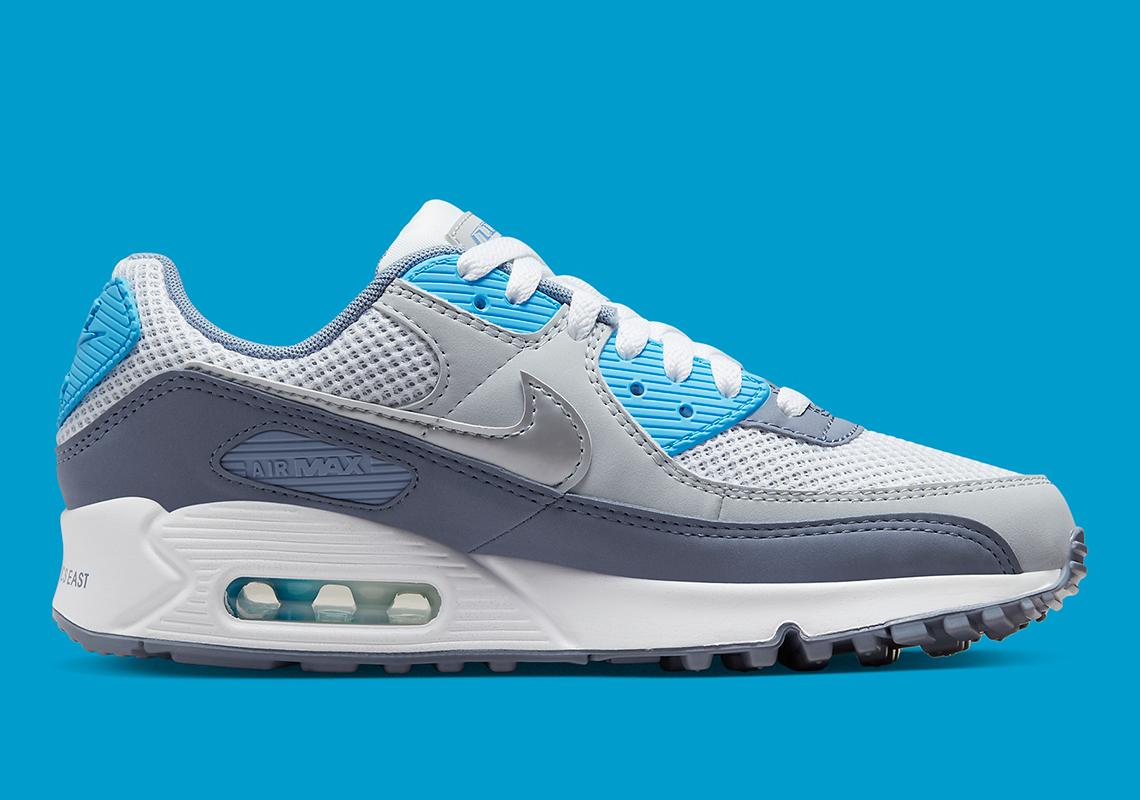 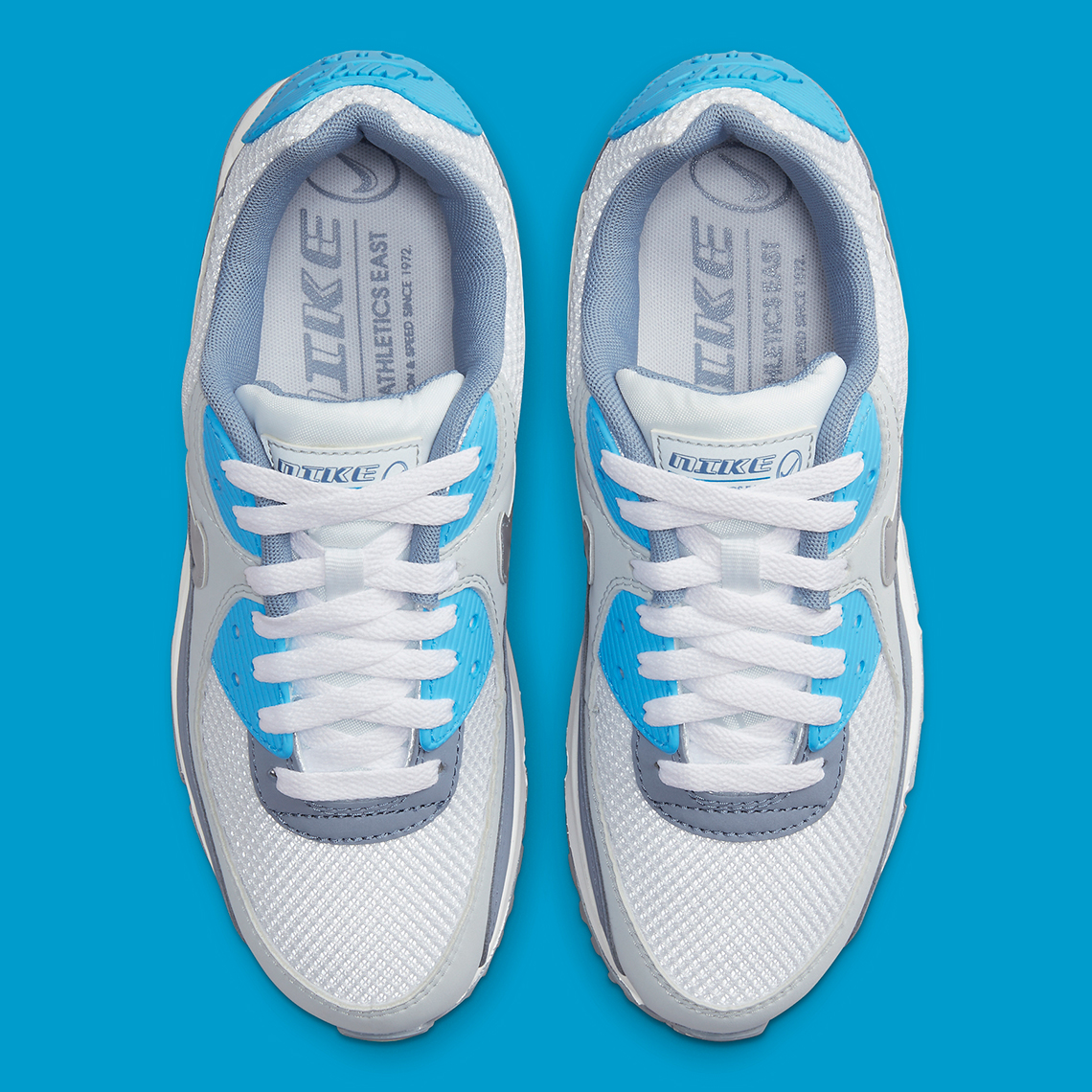 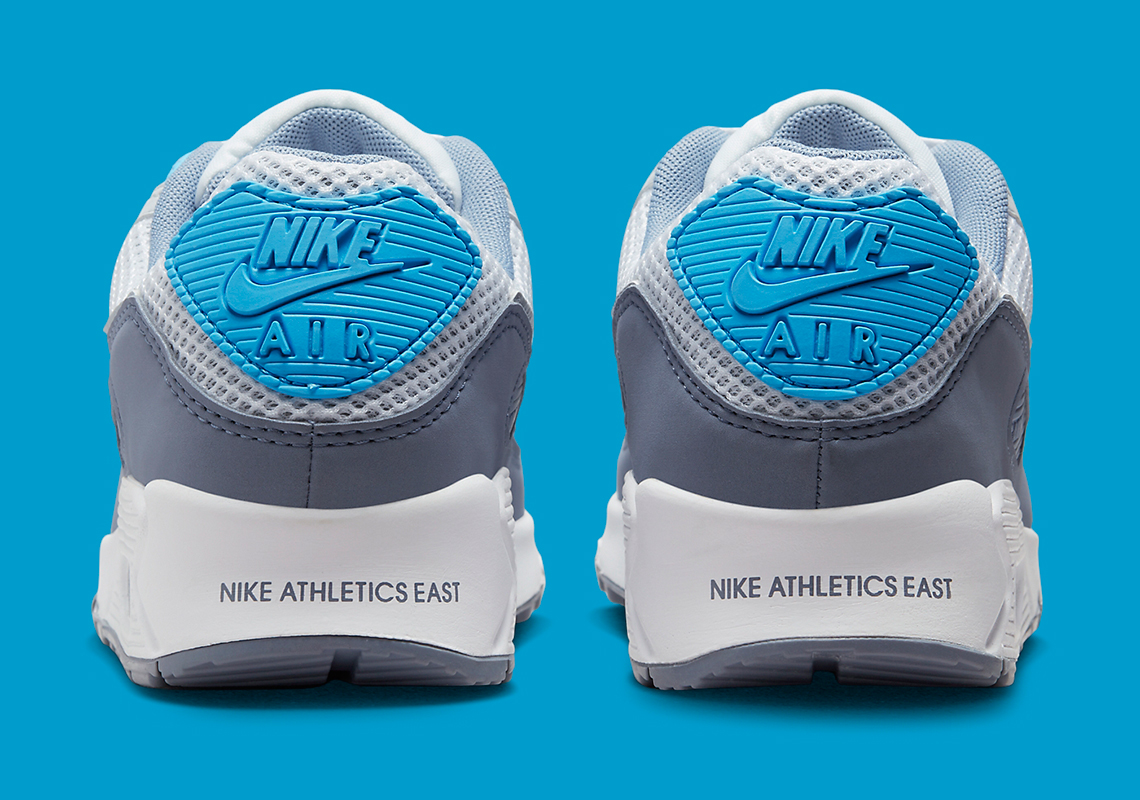 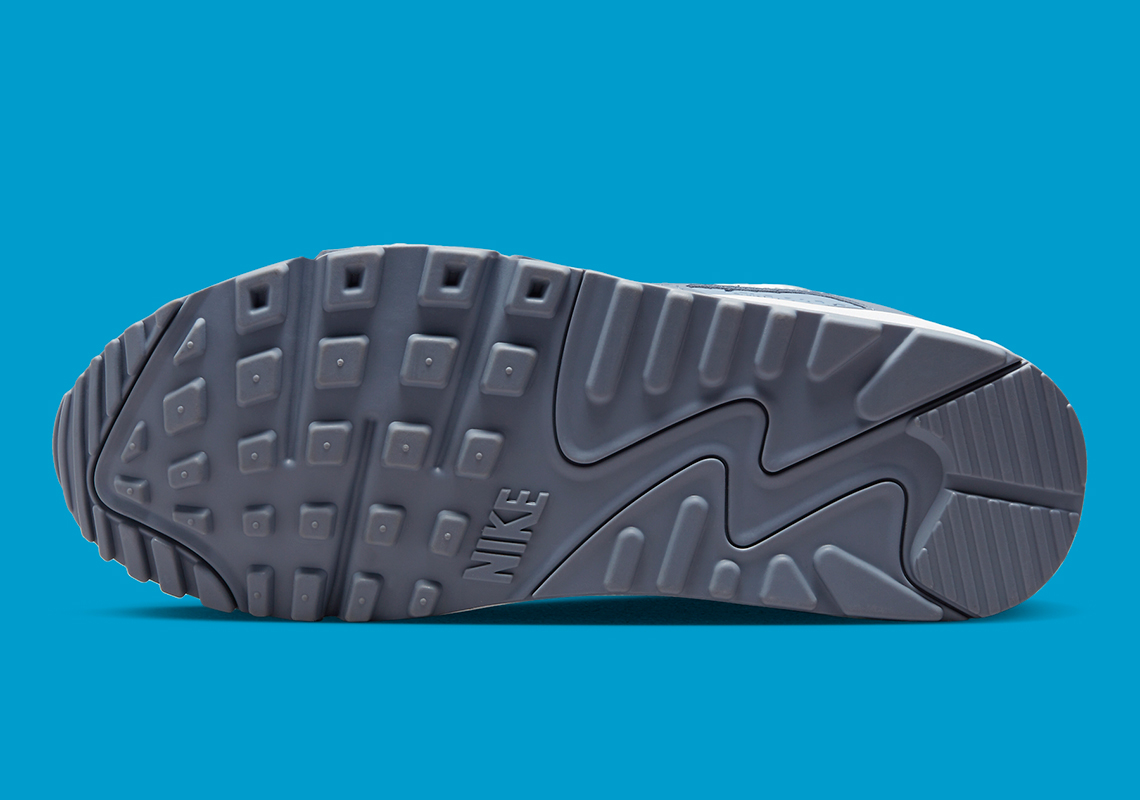 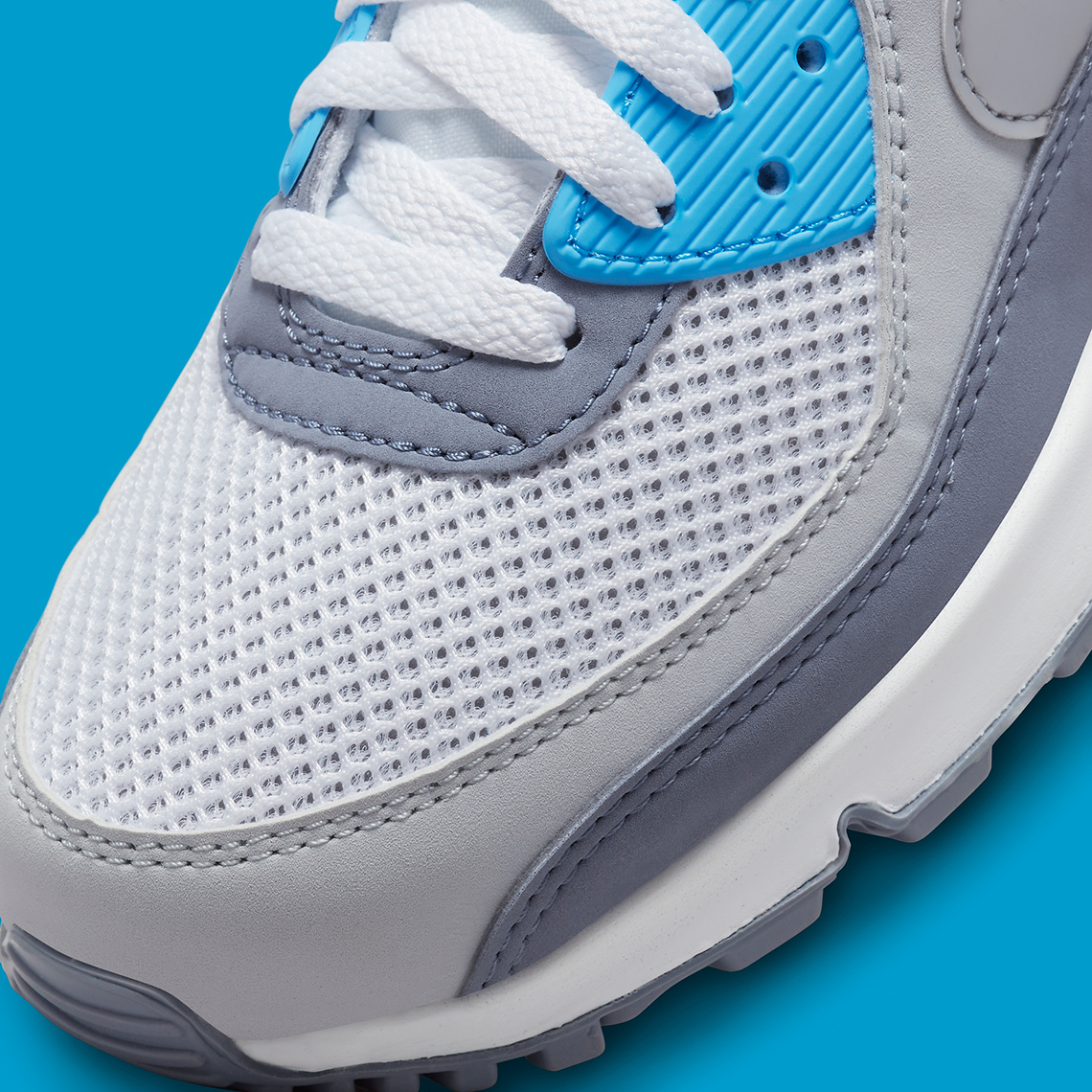 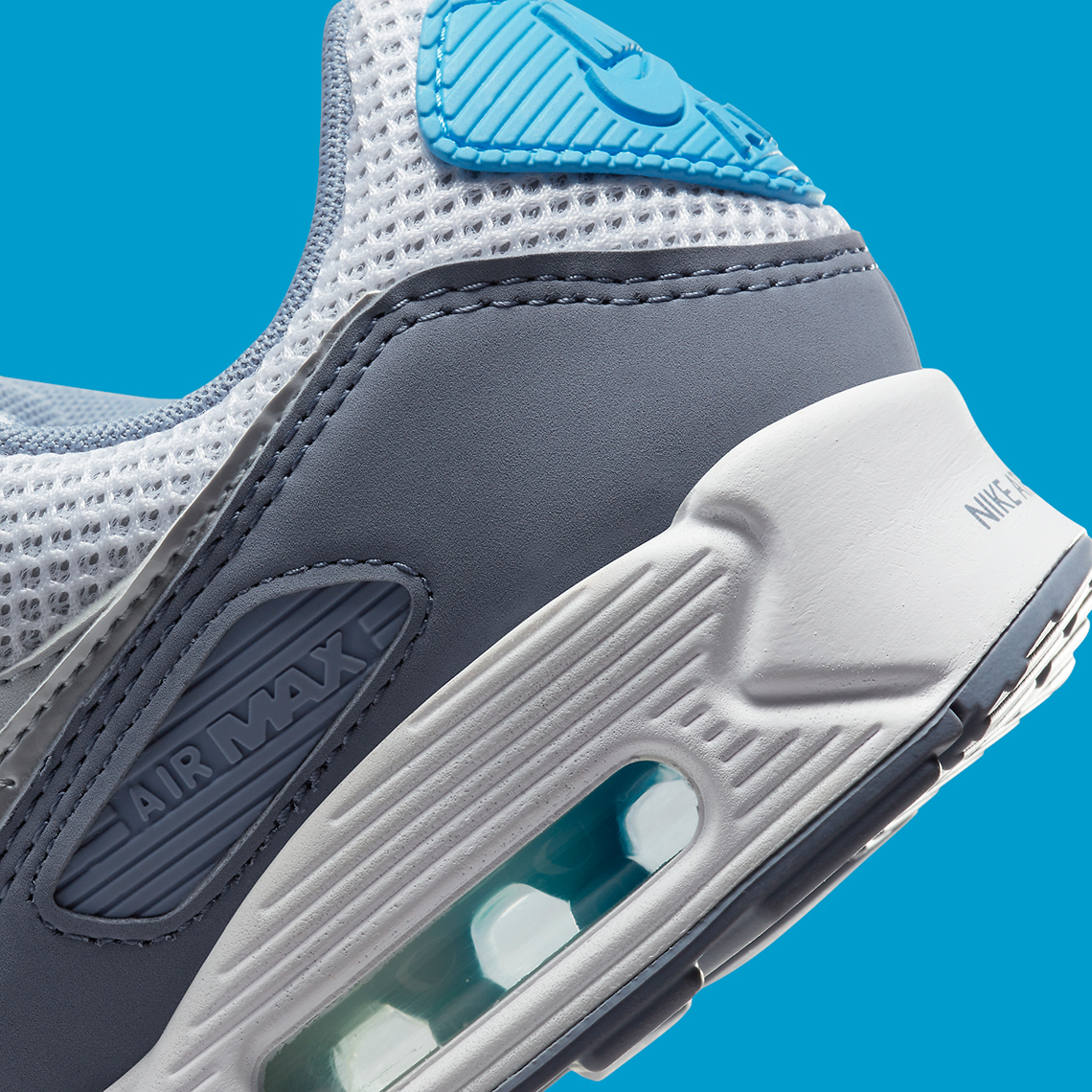