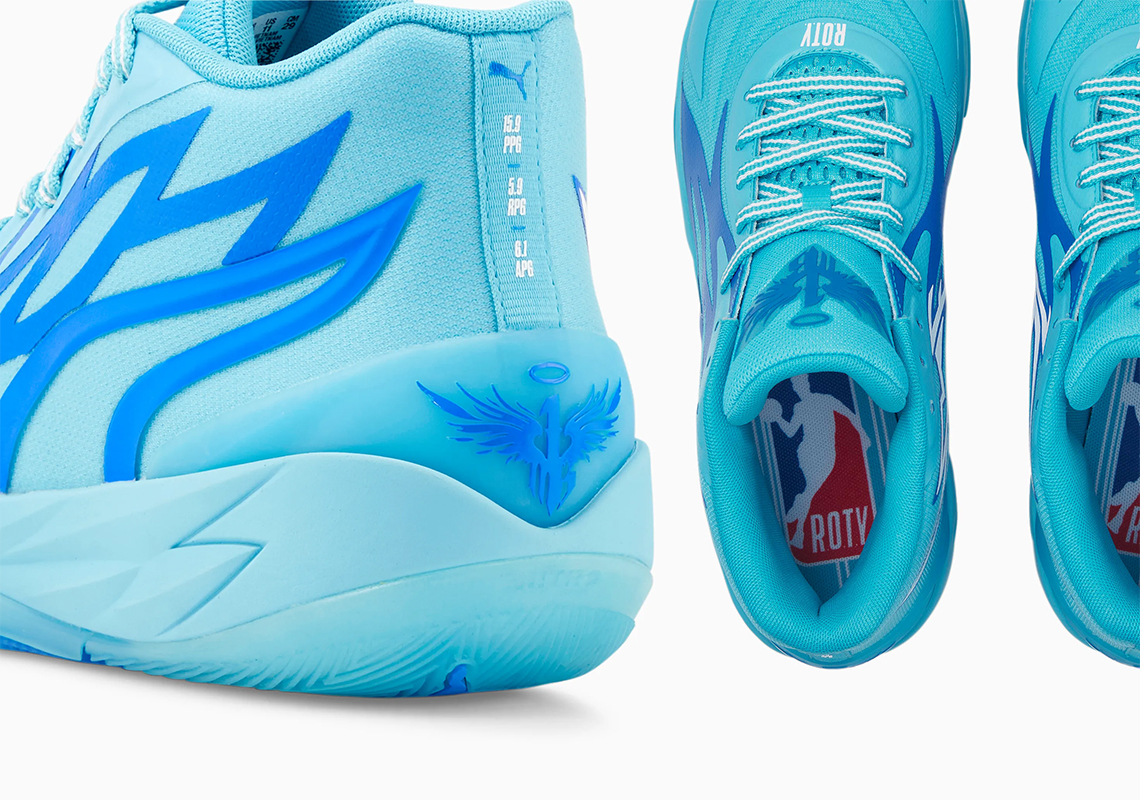 While a pair of ankle injuries have hindered LaMelo Ball’s widely-anticipated follow-up to his Rookie of the Year campaign, PUMA too is taking its time delving out their lone signature athletes series of silhouettes, now centered on a celebration for #2’s historic rookie campaign.

Employing a simplified yet boisterous trio of tones, the accent of its MB.01 “Buzz City” construction is extended across the entirety of the pair’s base layer, color-matching its luminous teal blue at its mesh tongue construction and sock liner. Royal Blue hues then build out LaMelo’s signature wings on the exterior side panel whereas its medial side proffers a crisp white contrast that further sets down a two-lined trim throughout its laces. “ROTY” lands at the base of the lacing system alongside an NBA logo utilizing LaMelo’s cut-out placed within the insoles while the tongue and heel counters branding finishes with dark blue detailing.

Set to release this Friday, December 9th for a retail price of $130, enjoy official images of the PUMA MB.02 “ROTY” in the meantime.

In other news, check out the upcoming Air Jordan 13 “Black/University Blue”. 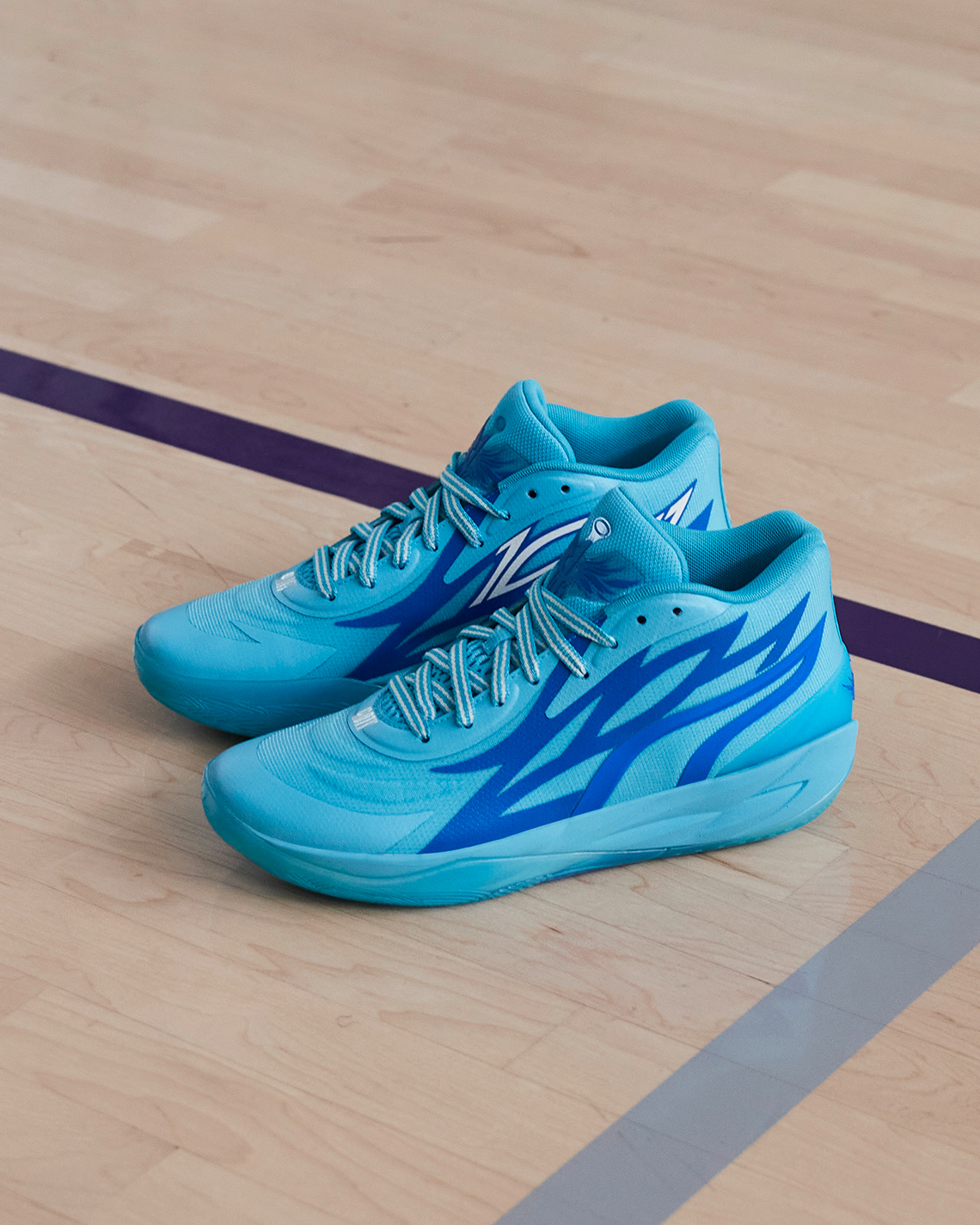 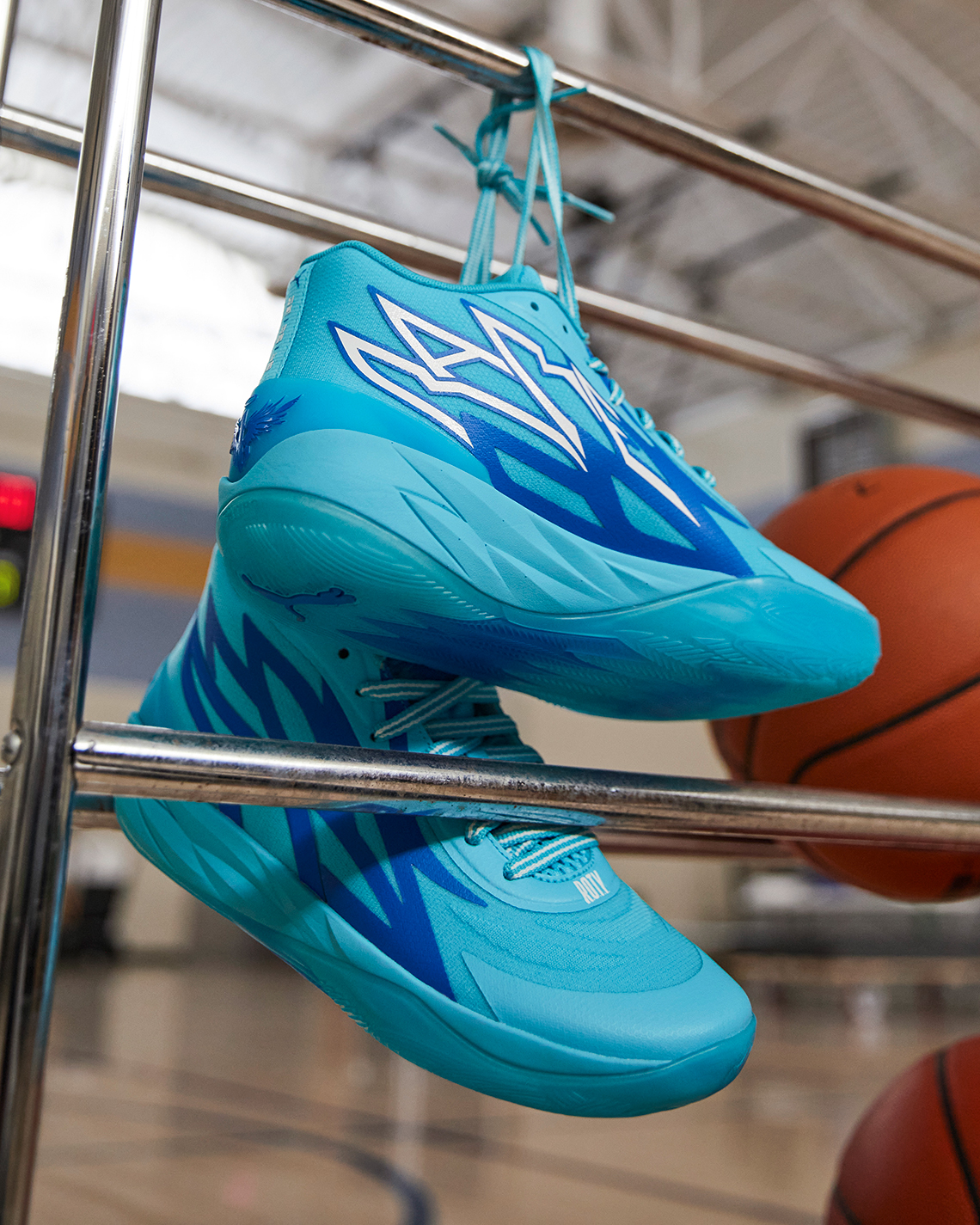 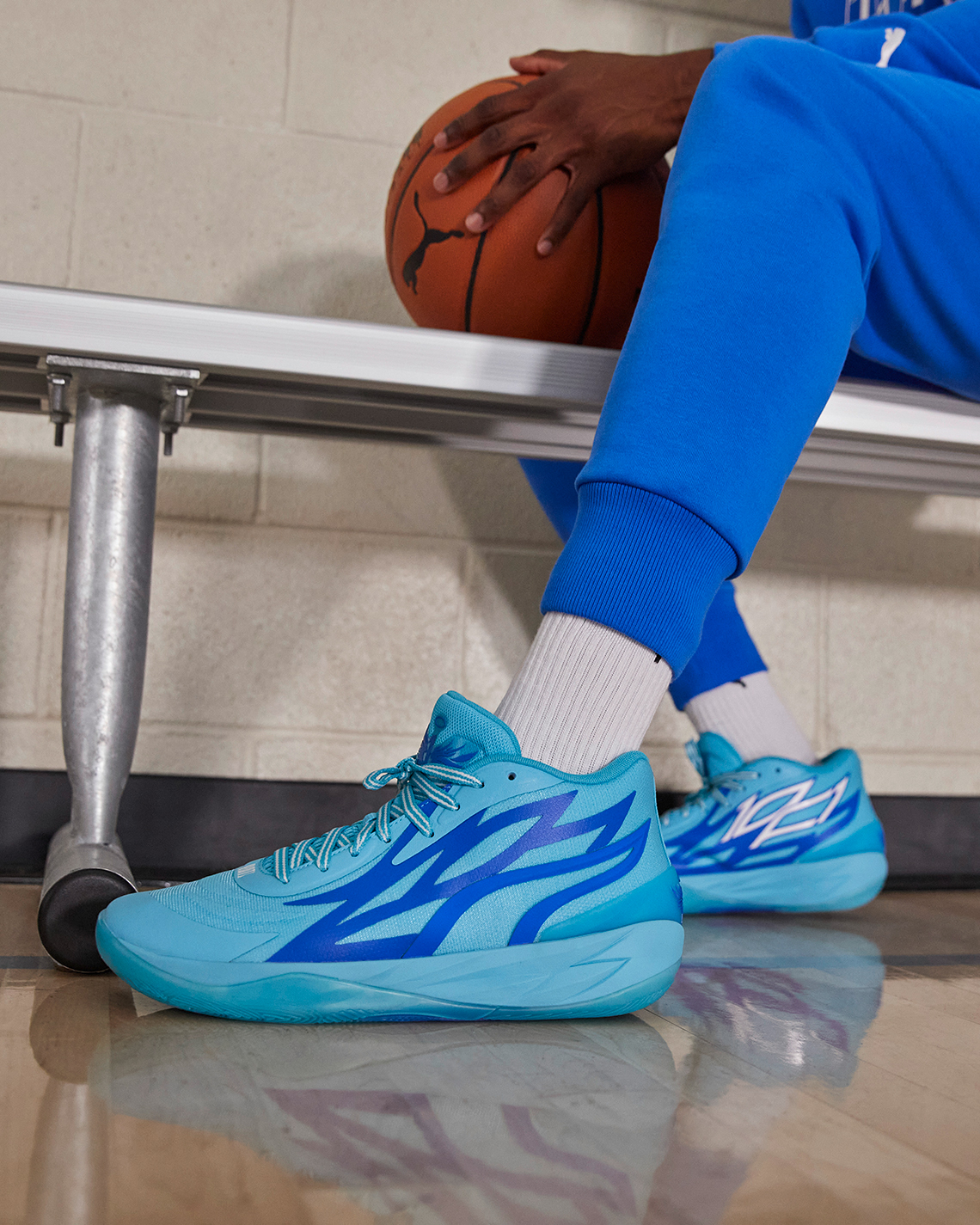 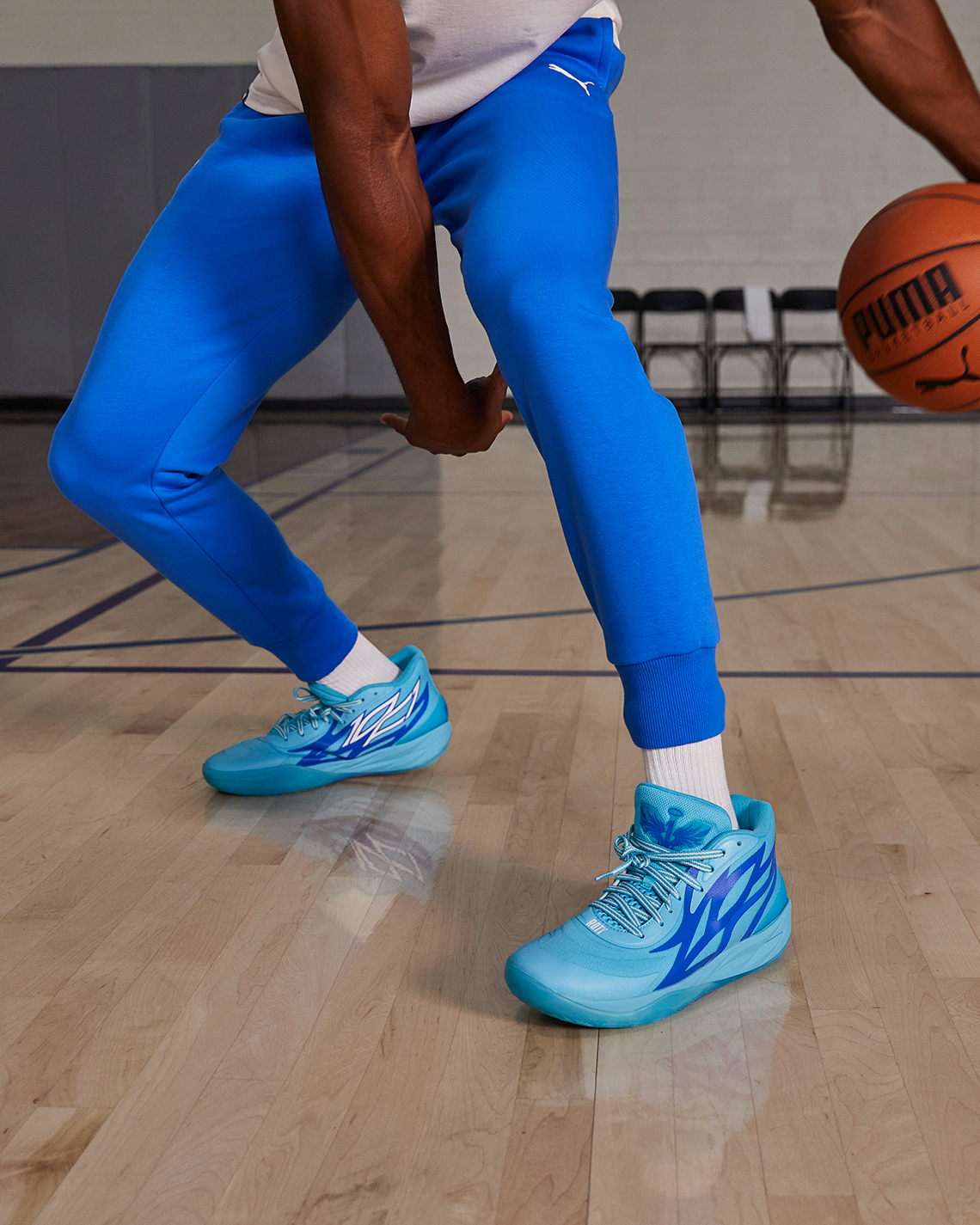 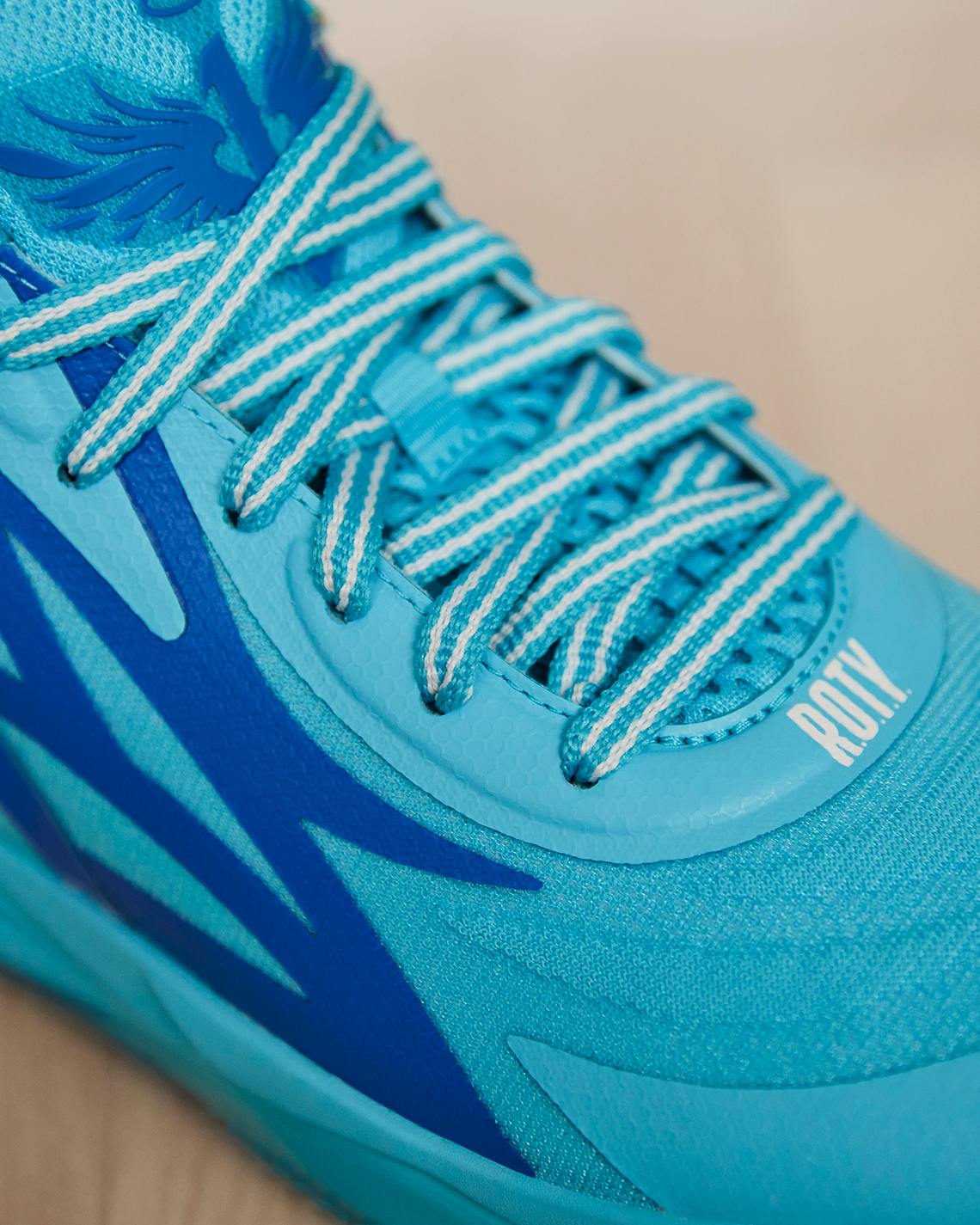 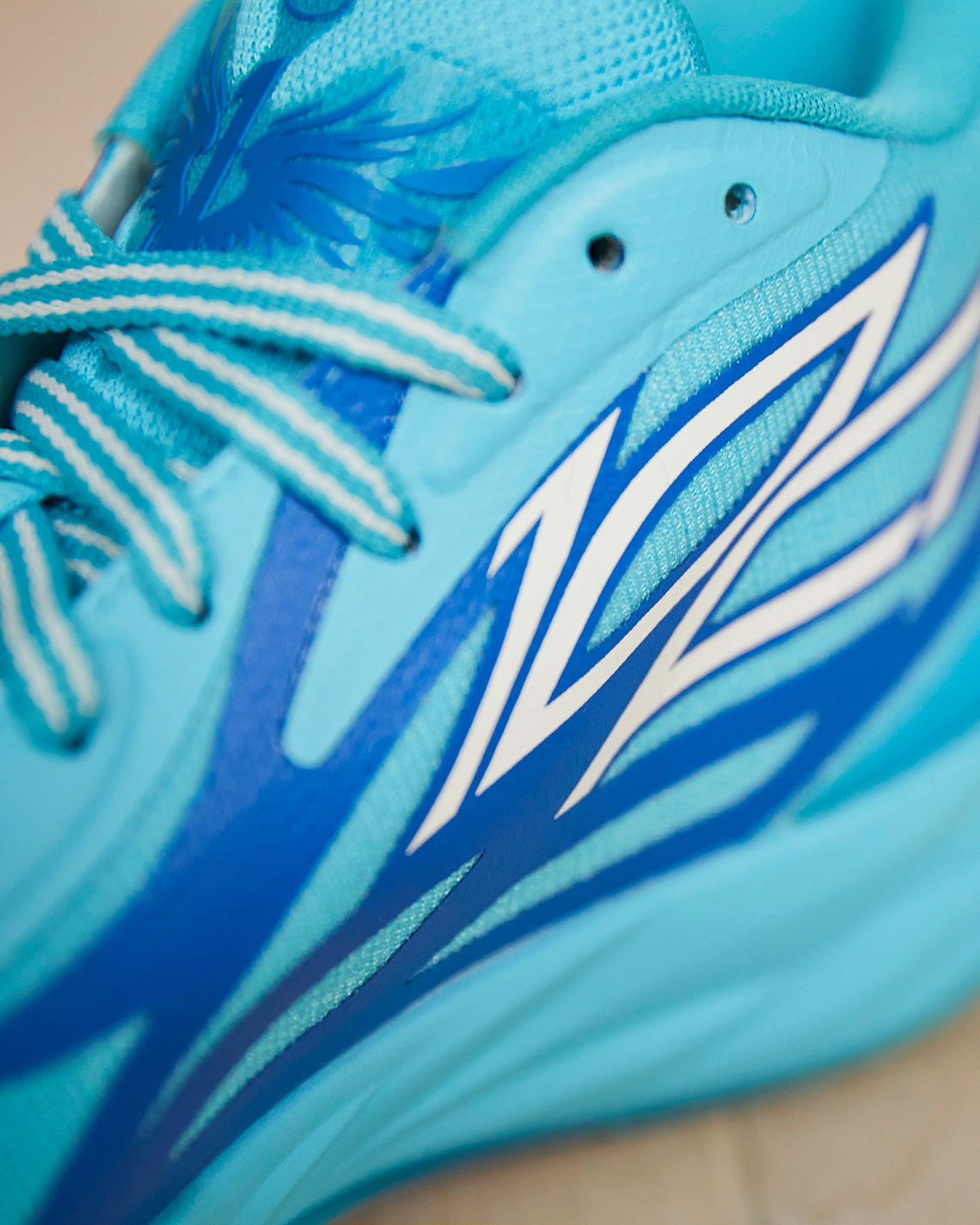