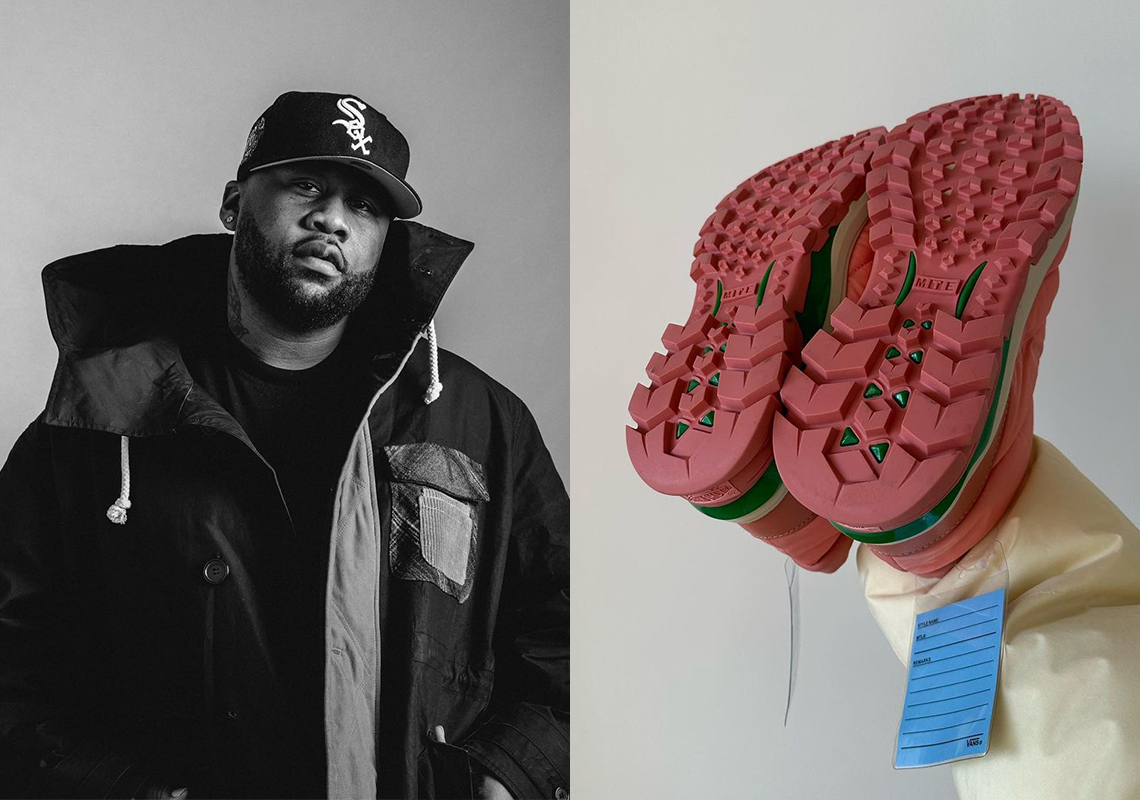 Joe Freshgoods is a collaborative powerhouse, responsible for crafting some of the best New Balance releases of the last few years. His partnership with Vans is going on strong as well — and soon, it seems the two will be working on what looks to be a snowboard boot.

Revealed by the talent himself via Instagram, Joe Freshgoods’ upcoming project with Vans taps into the footwear brand’s MTE line-up. Though pictured in-hand, much of the shoe is entirely obscured, with only the outsole on full display. A brief sliver of the upper can be seen, though, revealing an insulted, quilted construction. Moreover, the colorway is characteristic of the Chicago-born designer’s work, with green accents running along the sole of a predominantly pink-clad arrangement.

Not much about this Joe Freshgoods x Vans collaboration has been revealed, but a comment by the official Vans account on the designer’s newest IG post nearly confirms something is in the works. For now, sit tight for more updates on this story as it progresses.