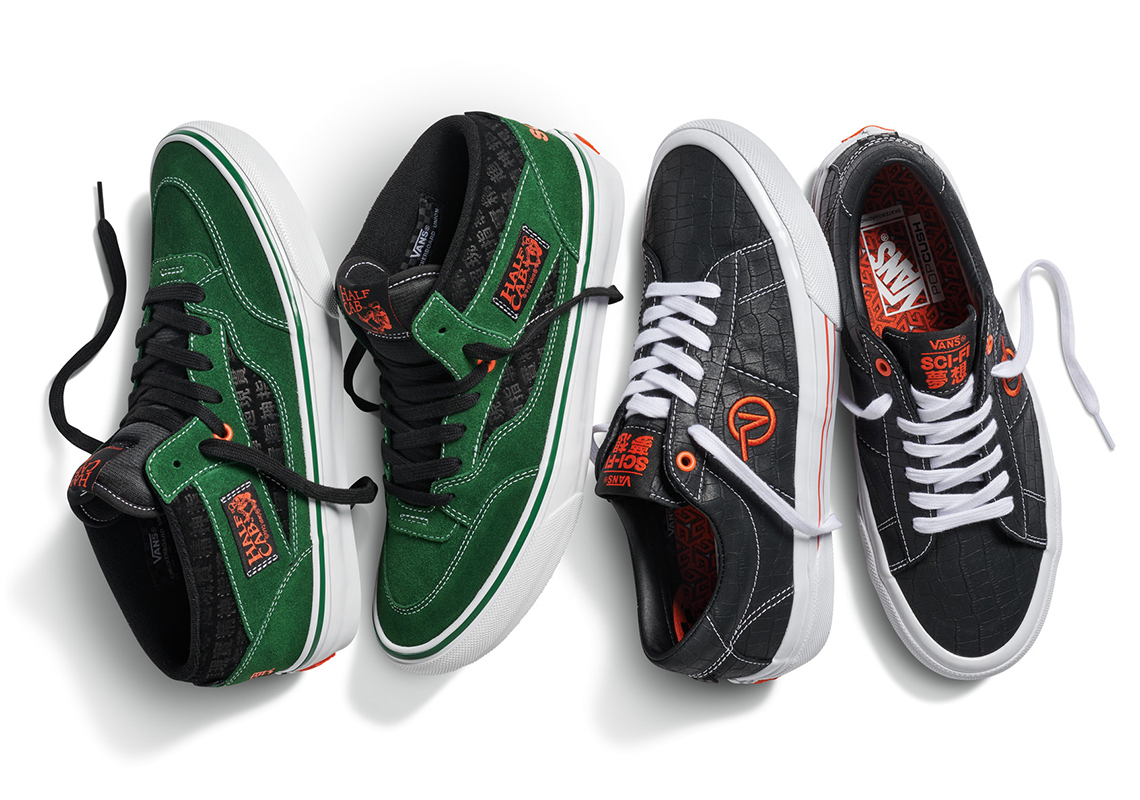 Two years removed from their last collaborative effort, Sci-Fi Fantasy owner and renowned skateboarder Jerry Hsu has teamed up with the California-based action sports brand for a second coming of his obscure nostalgic imprint onto the board riding sneaker community.

Commemorating the storied 30th anniversary of the iconic Half Cab, the collaborative capsule from Vans indulges in a retooled take on the latter coupled with the return of the Vans Skate Sid VCU. Joining a long-list of collaborative partners that have continued to provide fashionable relevancy to the celebratory model, the Half Cab construction enjoys a fully revised upper affixed with a recut DURACAPÔ underlay. Coating a dominant majority of its real estate in Eden green suede, debossed printed character panels achieve a pitch-dark ensemble underneath, contrasted by way of crisp white stitching and vibrant “Flame Orange” Sci-Fi branding attached to the tongue tabs of both models.

The Skate Sid in comparison indulges in a near-clad jet-black upper, employing cracked leather uppers akin to the textile of an alligator while the latter titular orange hue illuminates the midfoots embroidered Flying V logo in conjunction with a solid white molded sole unit underfoot.

In other news, check out the Air Jordan 13 “Black/University Blue”. 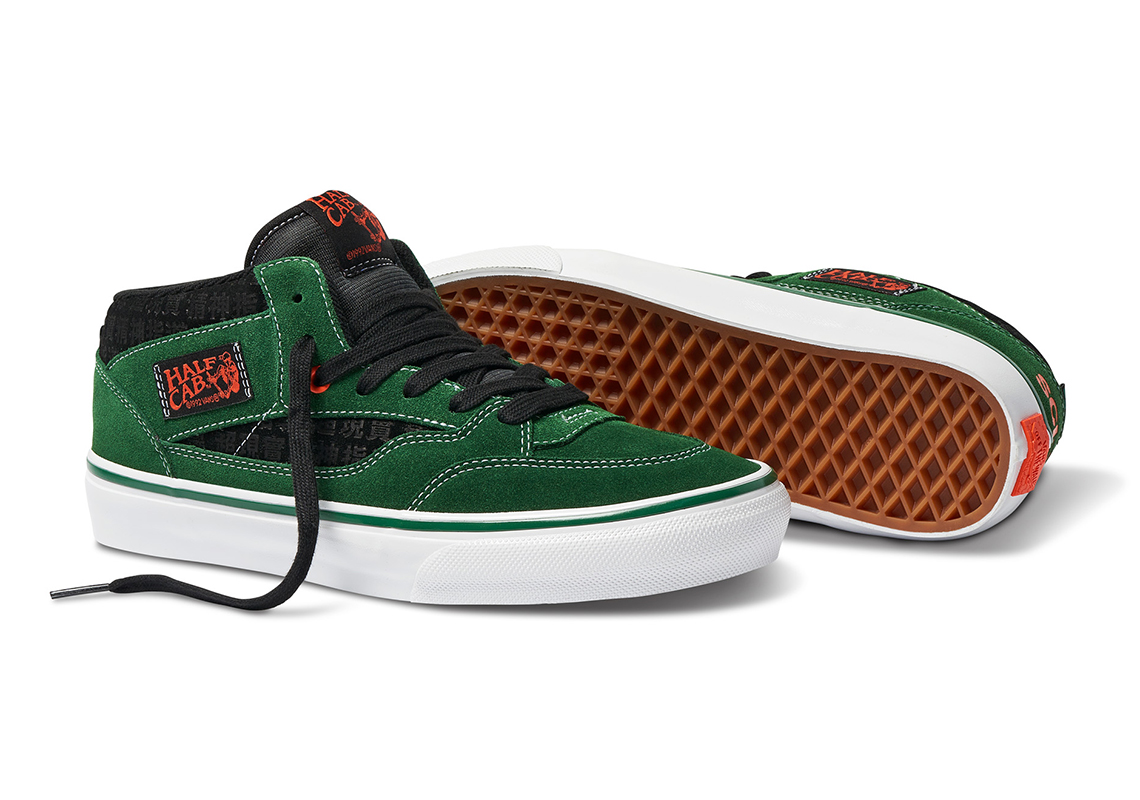 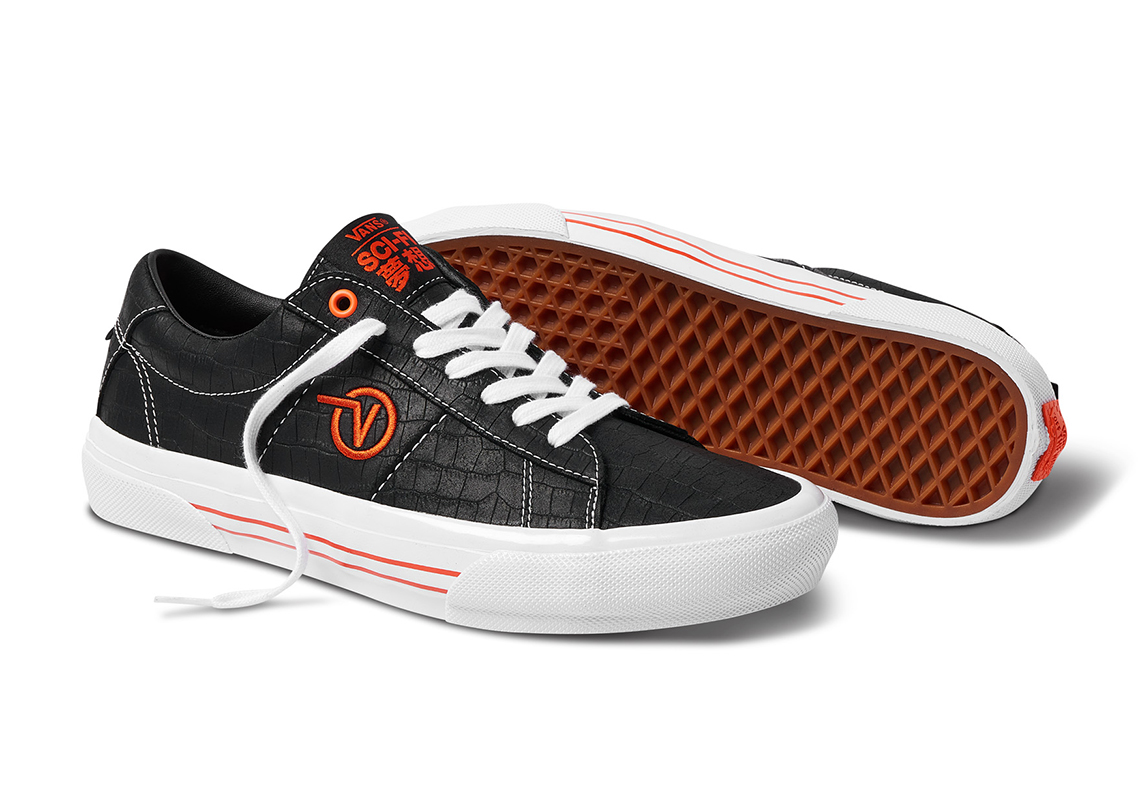 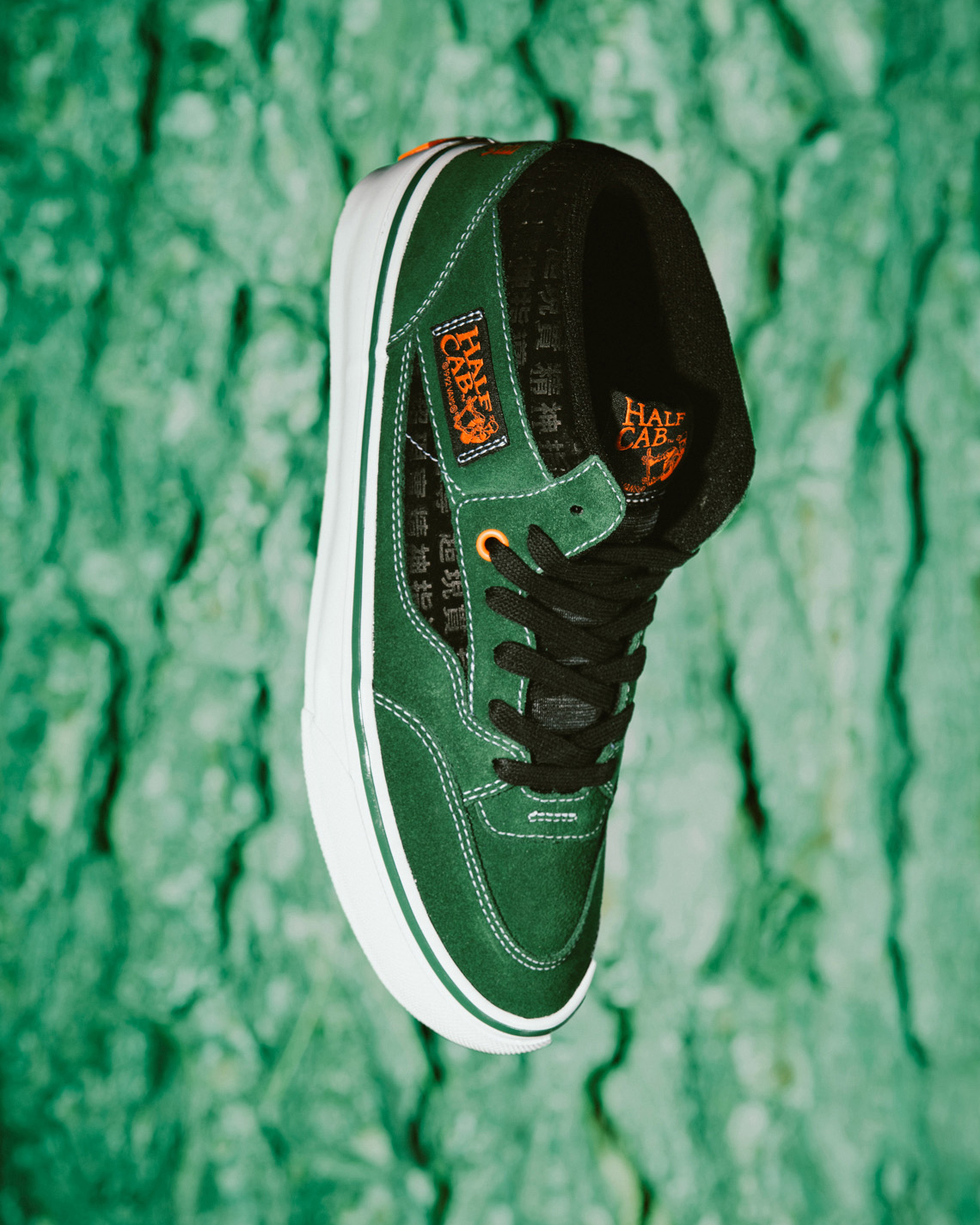 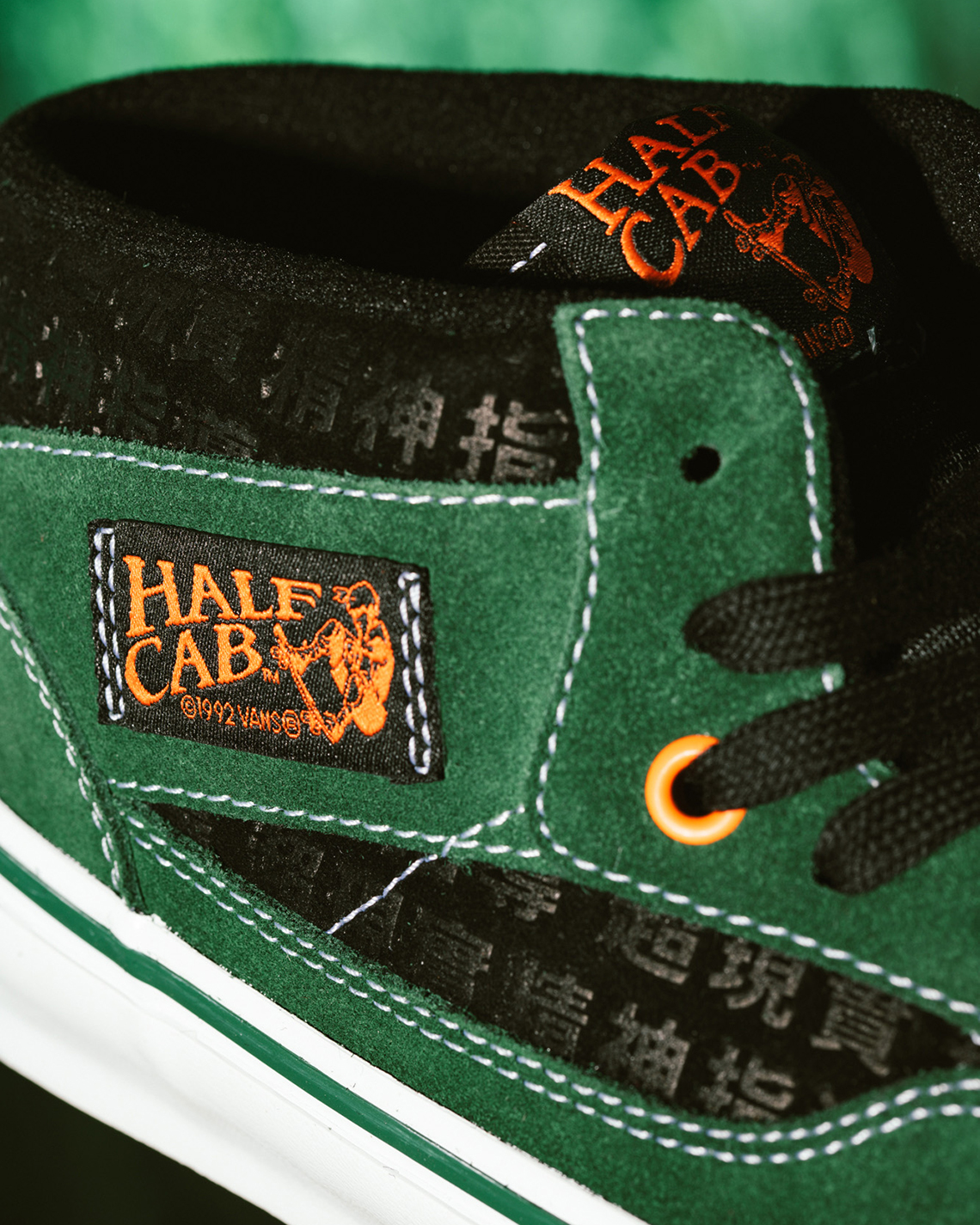 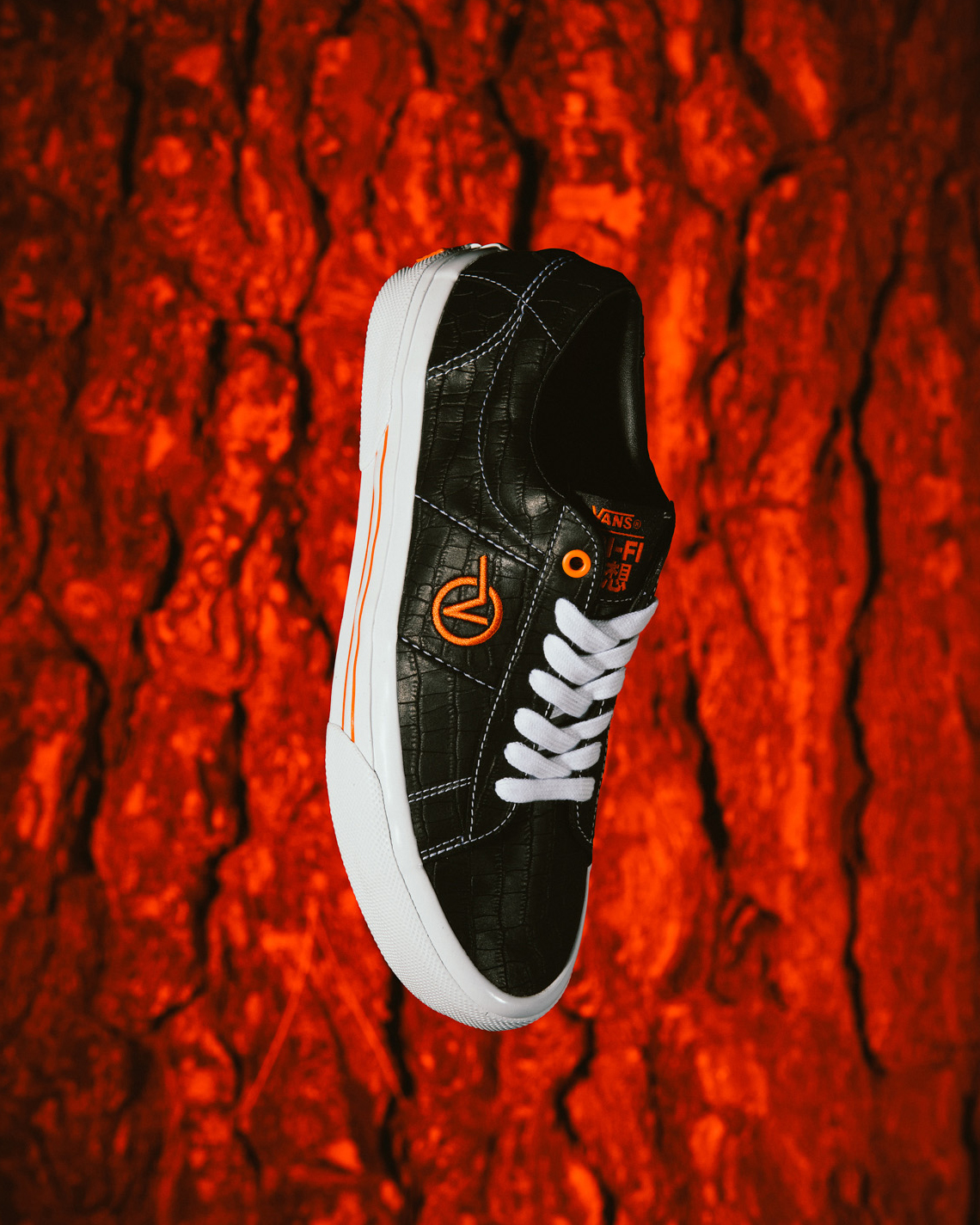 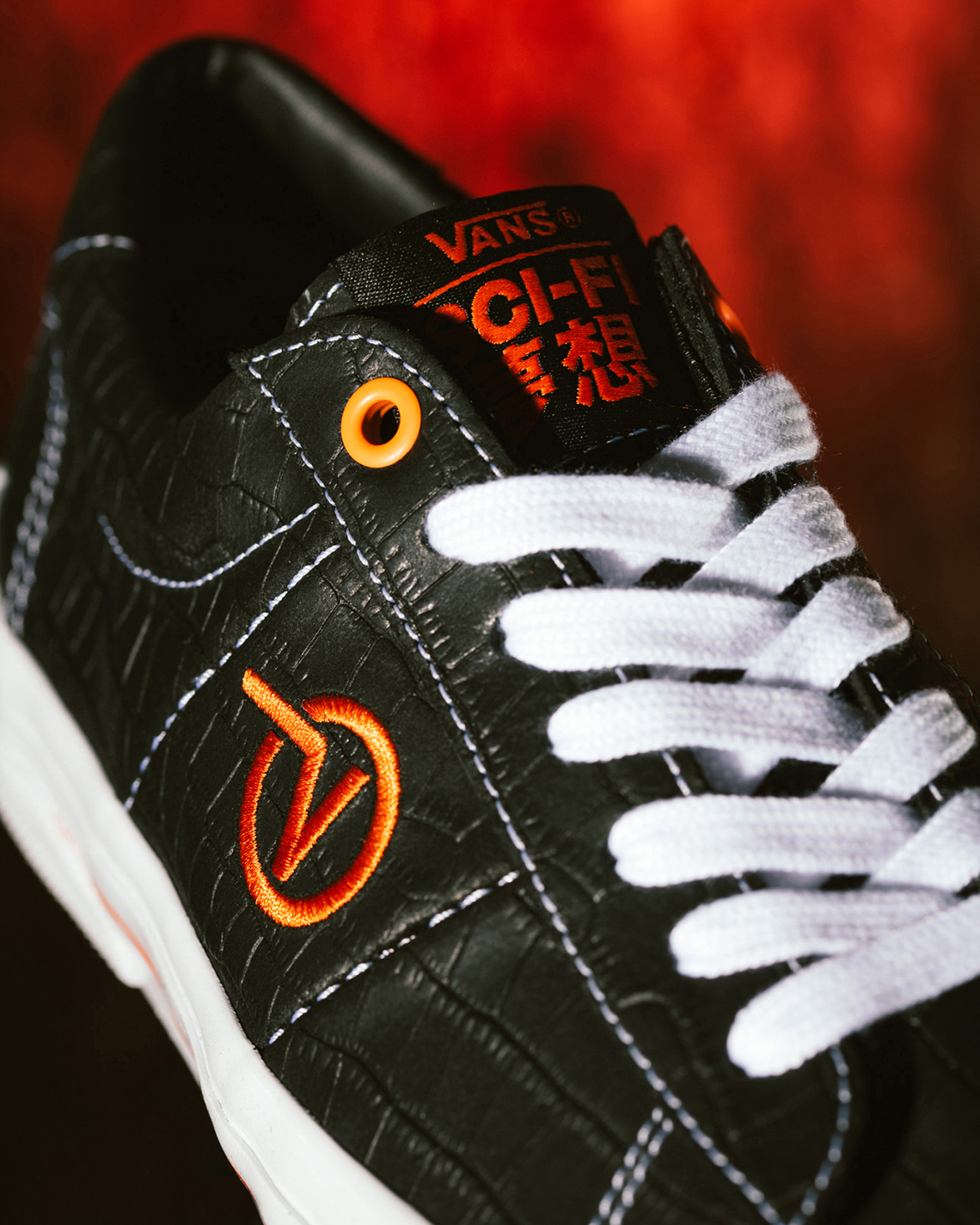