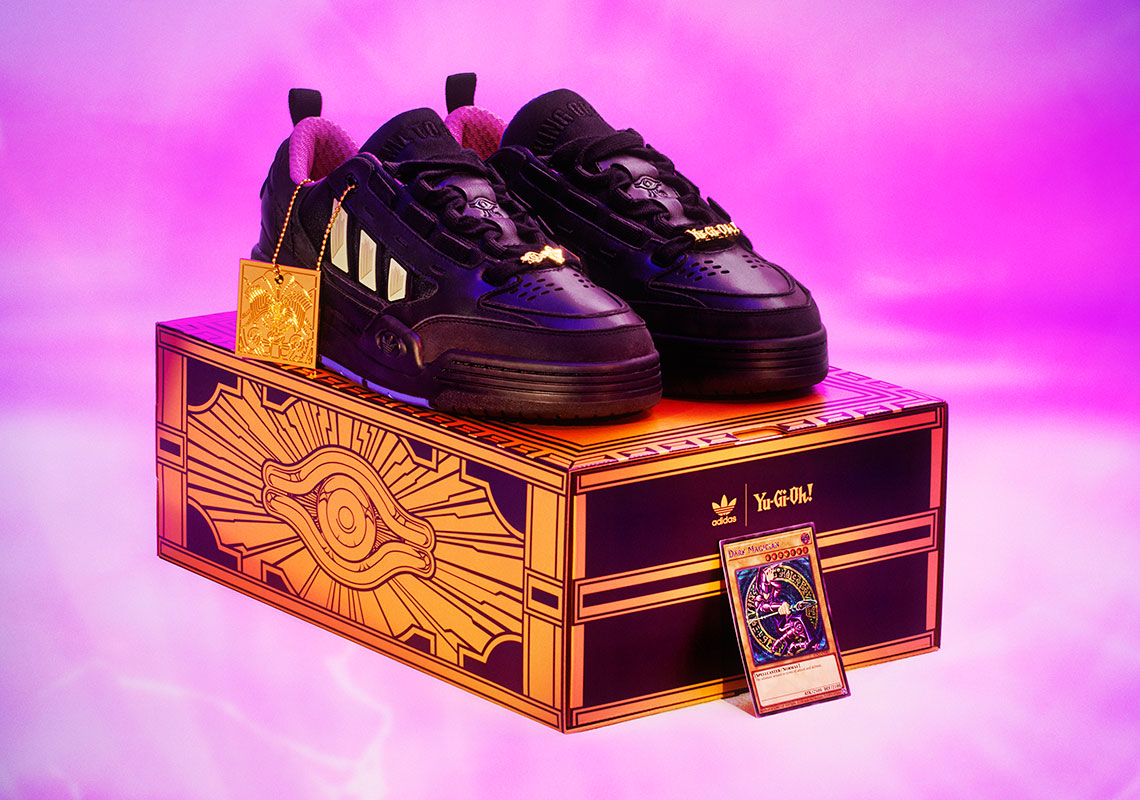 When I was growing up, I was afraid to talk about anime. Many were quick to make fun of the medium, often writing it off as childish cartoons. But now, with the appearance of incredible adaptations — e.g. My Hero Academia, Attack on Titan, Demon Slayer, and many, many others — the subculture has not only become accepted but cool, with the most popular franchises viewed as regularly as their Western, live action counterparts.

Here in the States, Yu-Gi-Oh! likely introduced many to anime, airing on 4Kids before seeing a brief stint on Cartoon Network’s Toonami block. The card game was equally if not more popular, and is largely responsible for keeping the franchise as relevant as it remains today. Even adidas is well aware of the series’ legacy, previously celebrating it by way of an extensive collaborative collection, one that is soon to see a sequel in this newly-revealed ADI2000.

This upcoming Yu-Gi-Oh! x adidas ADI2000 draws direct inspiration from Yami Yugi. Alongside a black leather upper and matching midsole, the pair features touches of purple through the lining and secondary laces, mirroring the character’s signature attire. References to the Millenium Puzzle are also present in the various gilded details, from the dubraes to the packaging itself.

Enjoy a close-up look at the upcoming Yu-Gi-Oh! x adidas ADI2000 right here. These are slated to release on January 26th via adidas.com as well as select retailers. 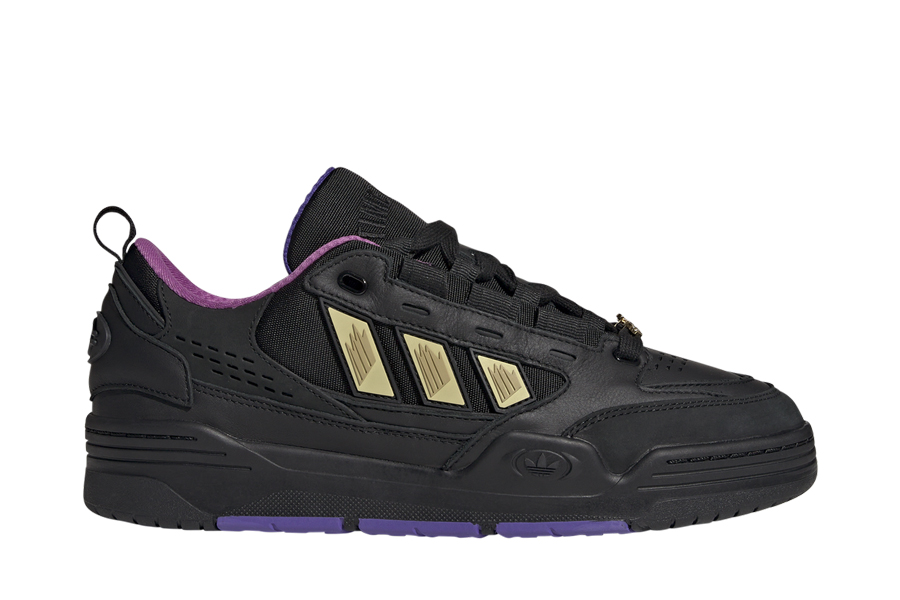 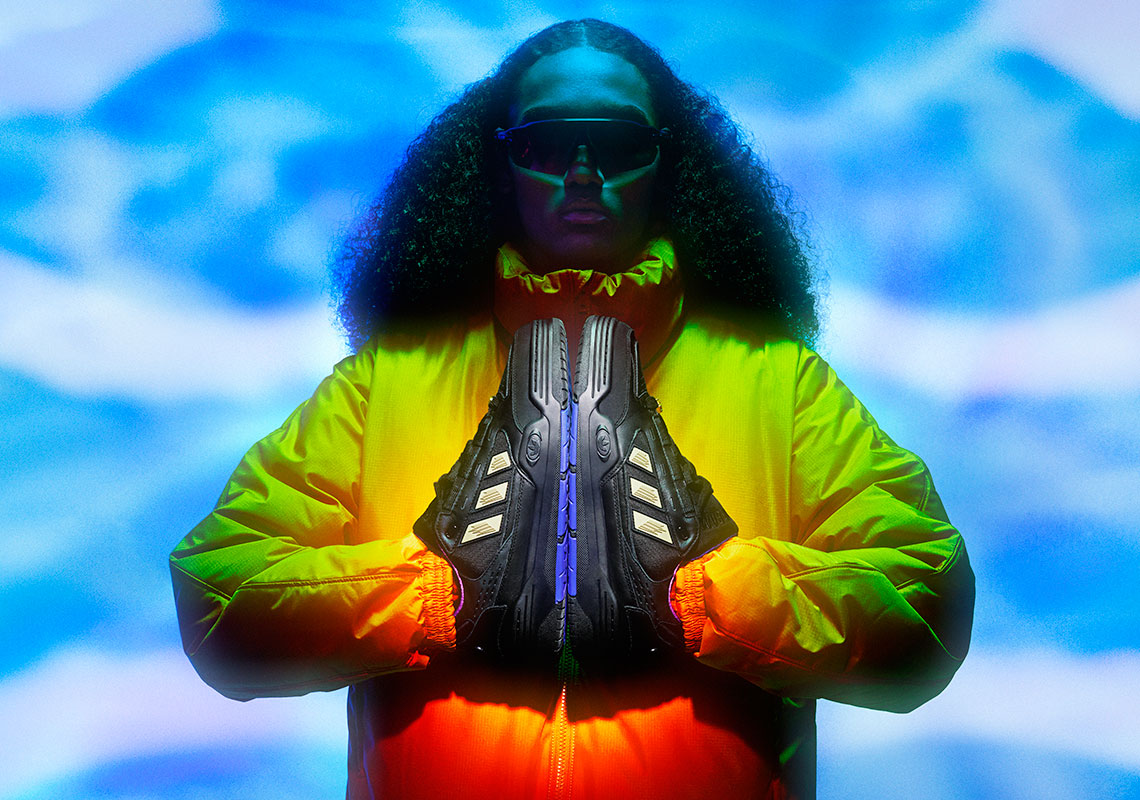 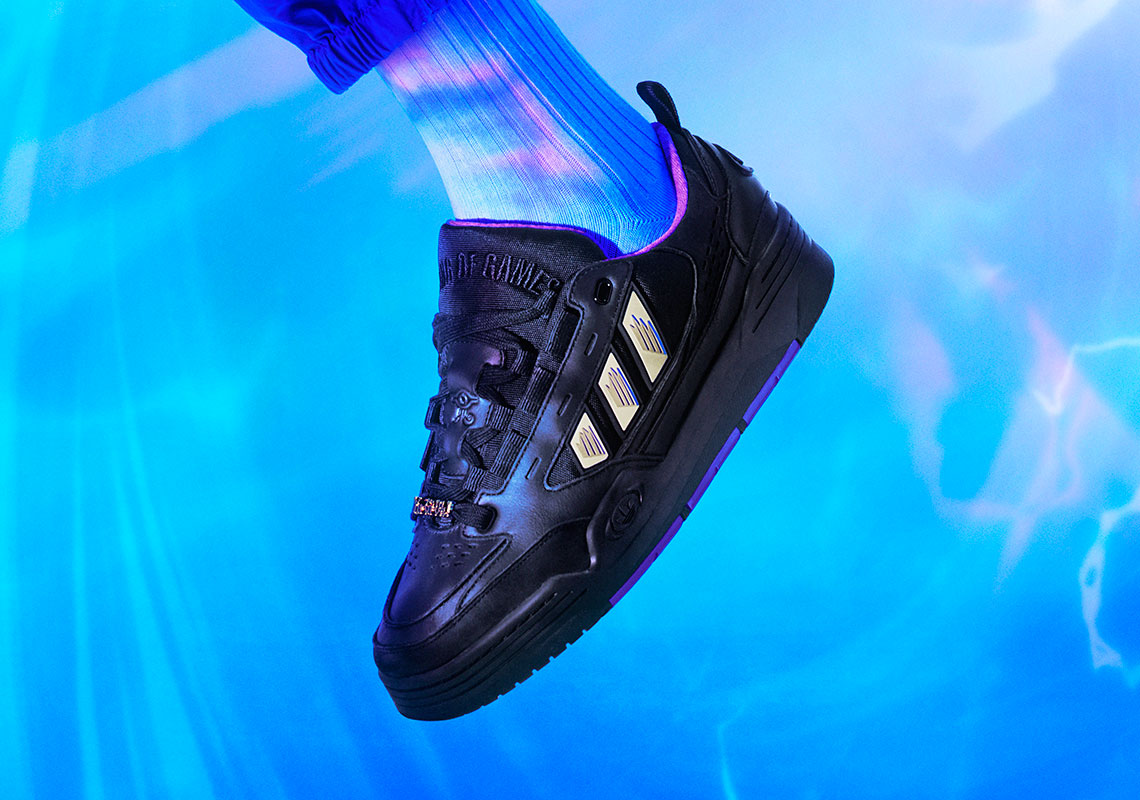 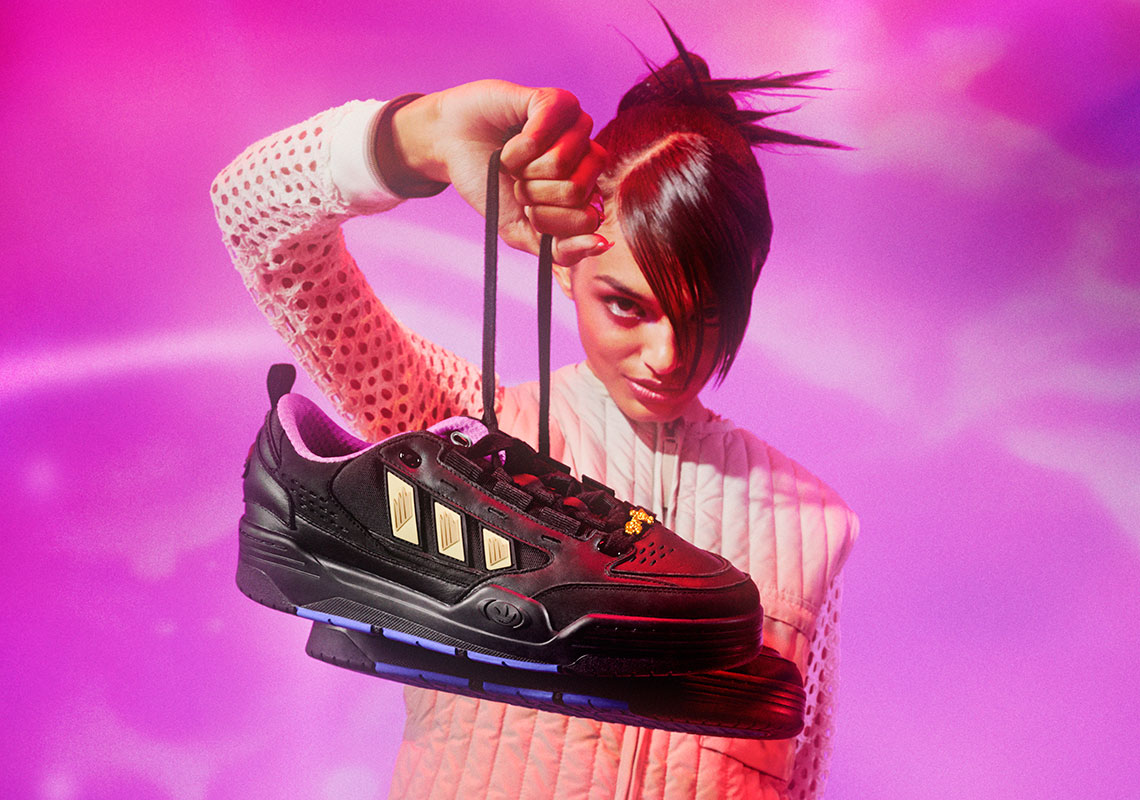 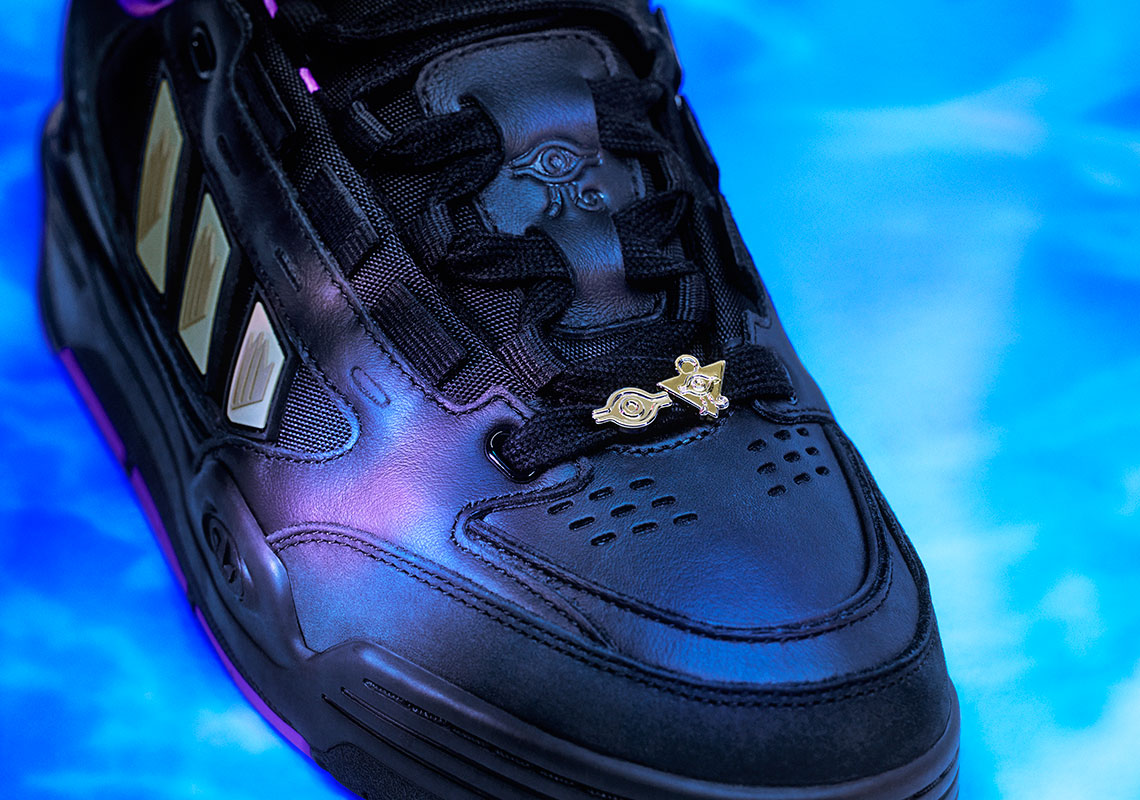 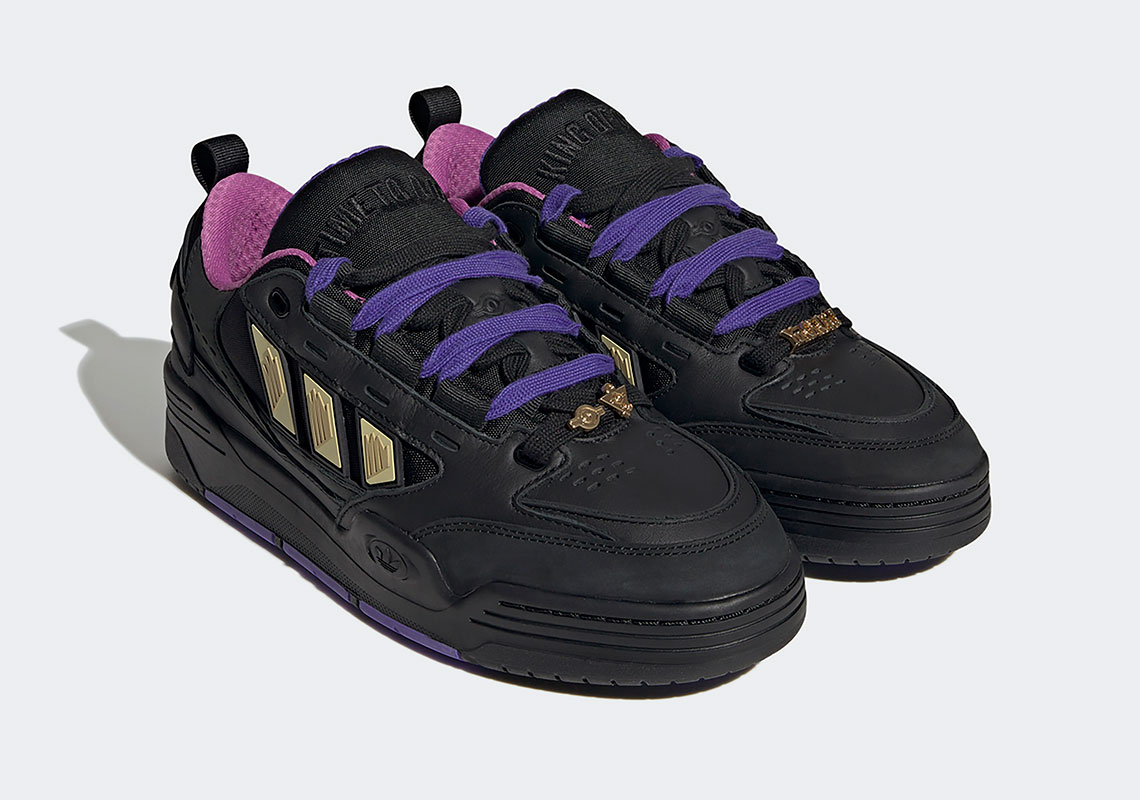 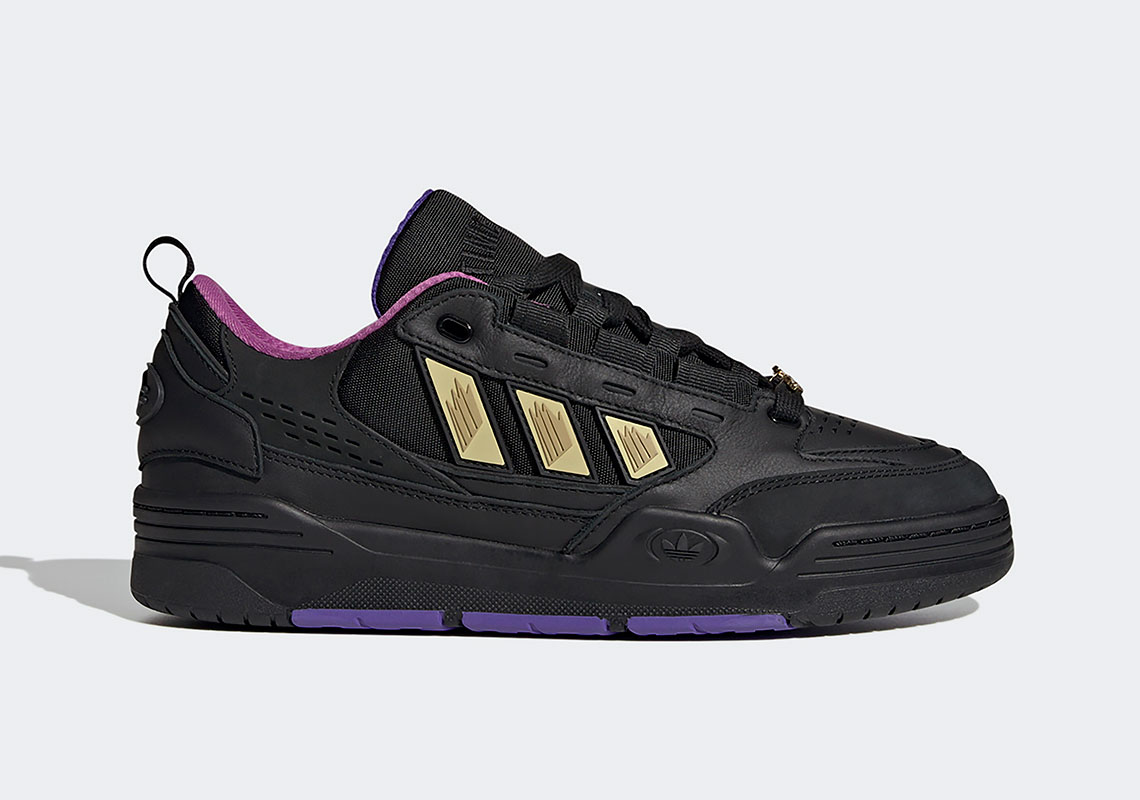