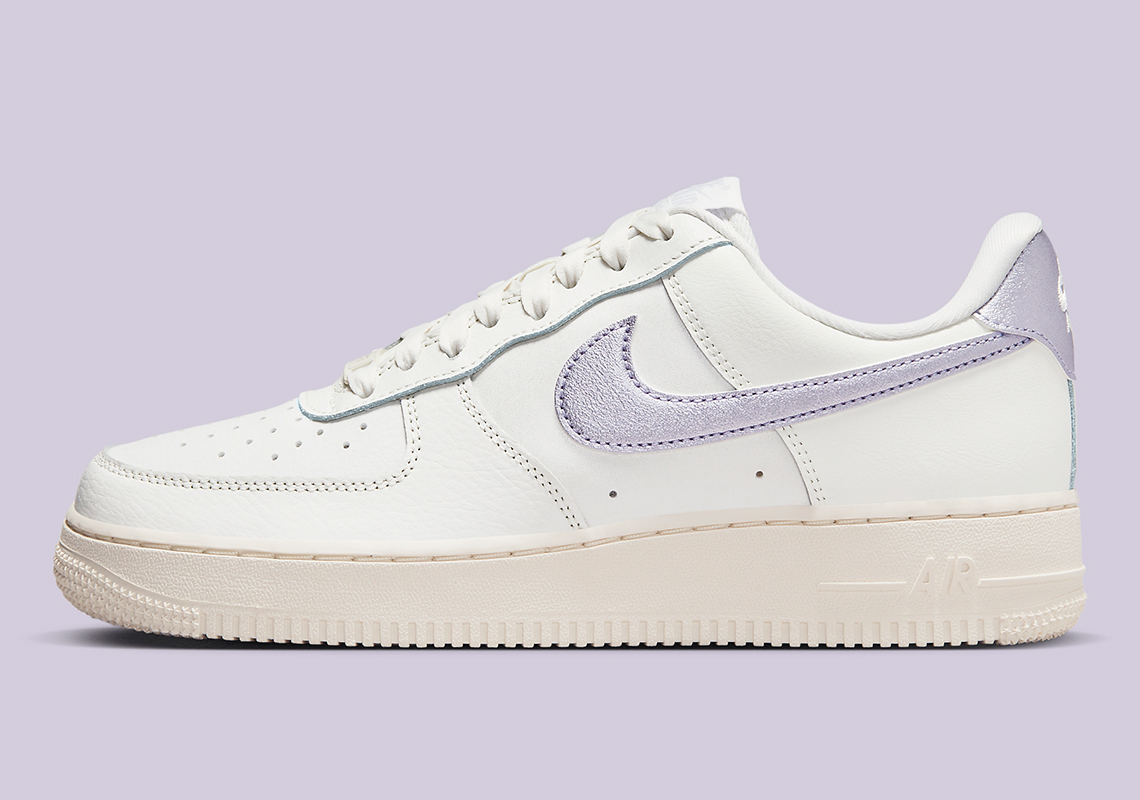 From heart-shaped cherries to split thematic color blocking, the Nike Air Force 1 has employed numerous boisterous ensembles throughout the new year. However, it’s the model’s neutrally-toned efforts that garner consistent acclaim, such as this “Sail” treated AF1 Low affixed with metallic foil Swooshes.

Curing the entirety of its smooth leather and nylon upper construction in a clad cream composition, faded violet hues embark across the midfoot Swooshes and heel tab in a striking metallic finish that shimmers under the right lighting conditions. Coating both the insoles and tongue tabs in the latter lavender shade, seldom light blue accents line the presiding exposed trim of the leather panels, furthering the tonal pastel treatment. Dressing its sole unit in a fully tan outfit, the sole unit resides in a warming, simplified contrast to the chilled tones of the upper.

While we sit tight on further release details, enjoy official images of the women’s-exclusive Nike Air Force 1 Low “Metallic Purple” below in the meantime.

In other news from the Beaverton brand, check out the FaZe Clan x Nike Zoom LeBron NXXT Gen before its scheduled release on February 10th. 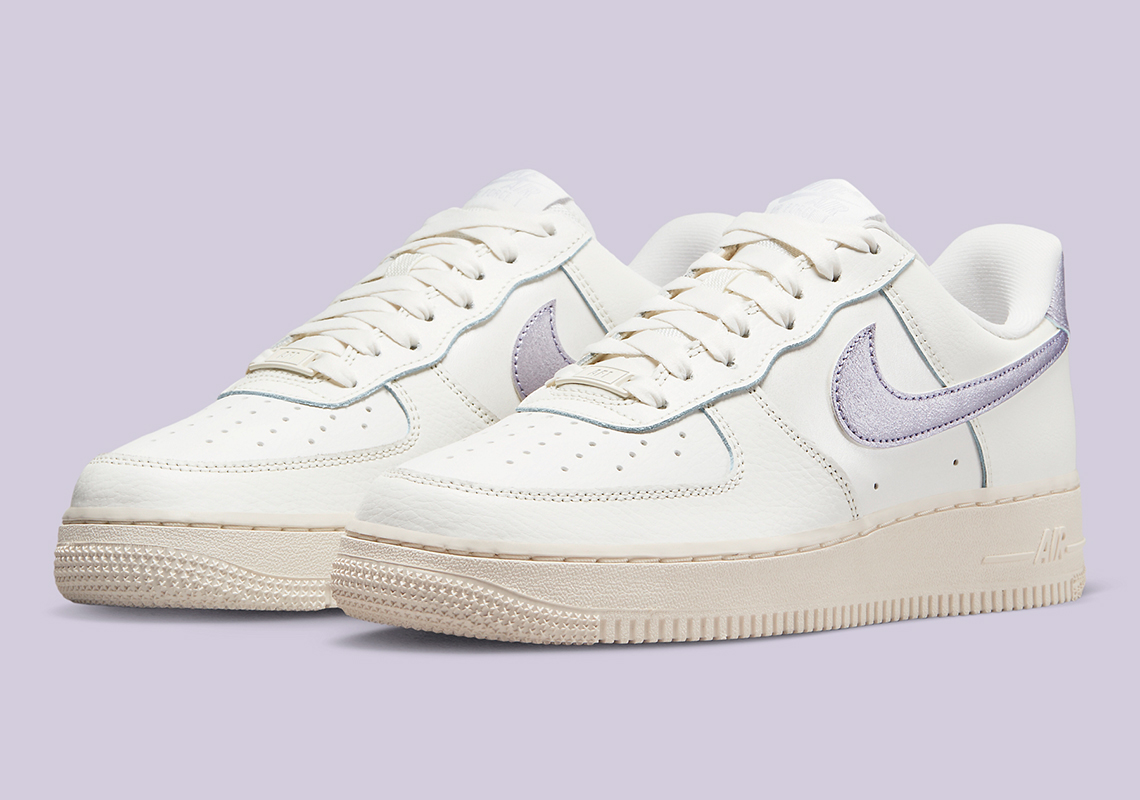 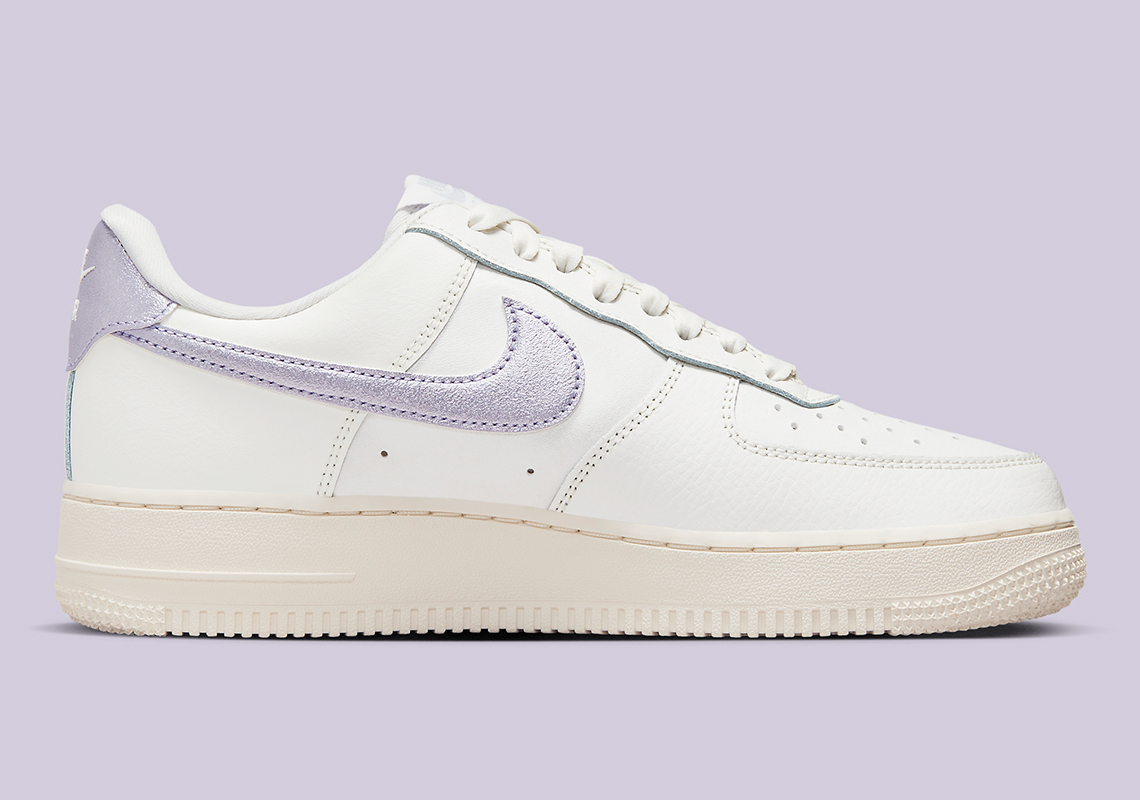 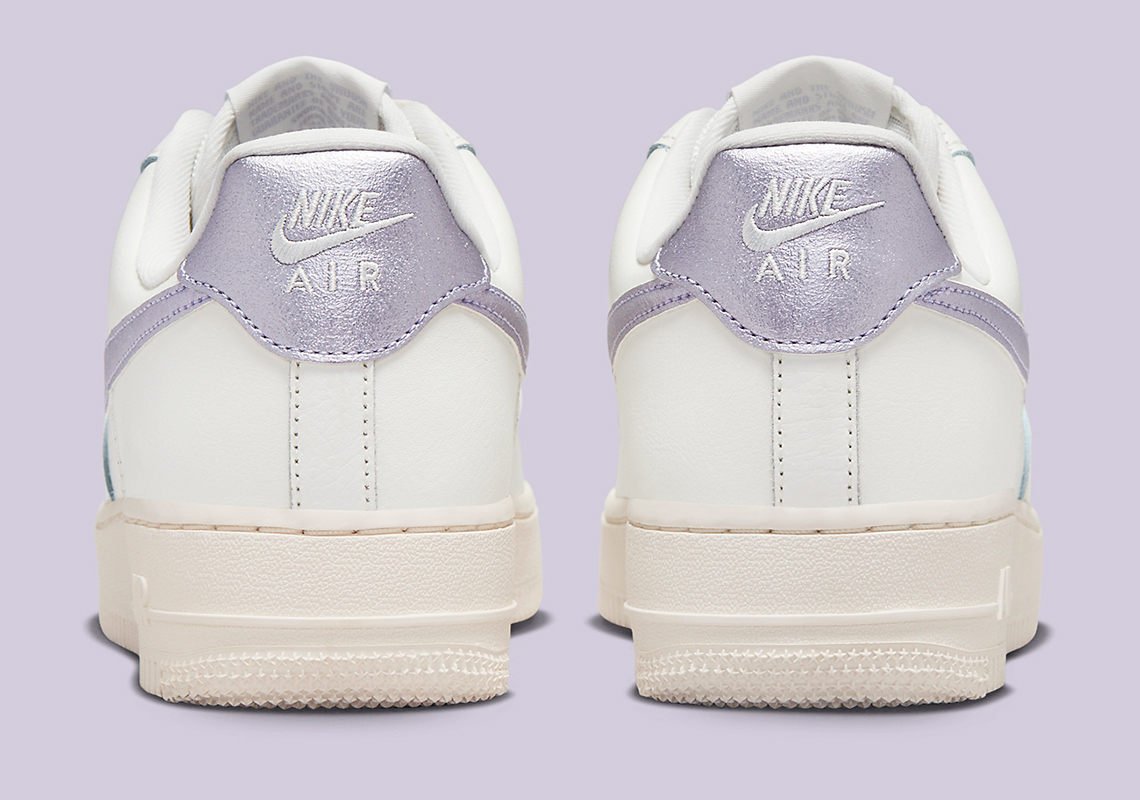 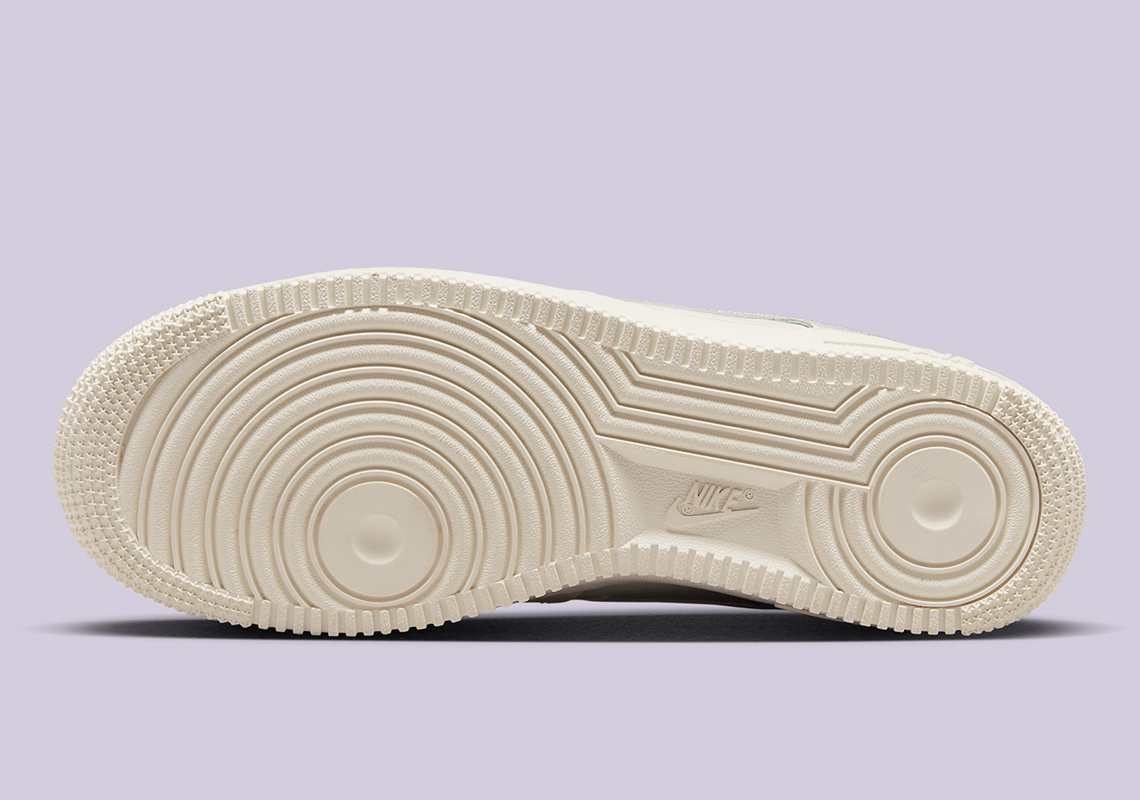 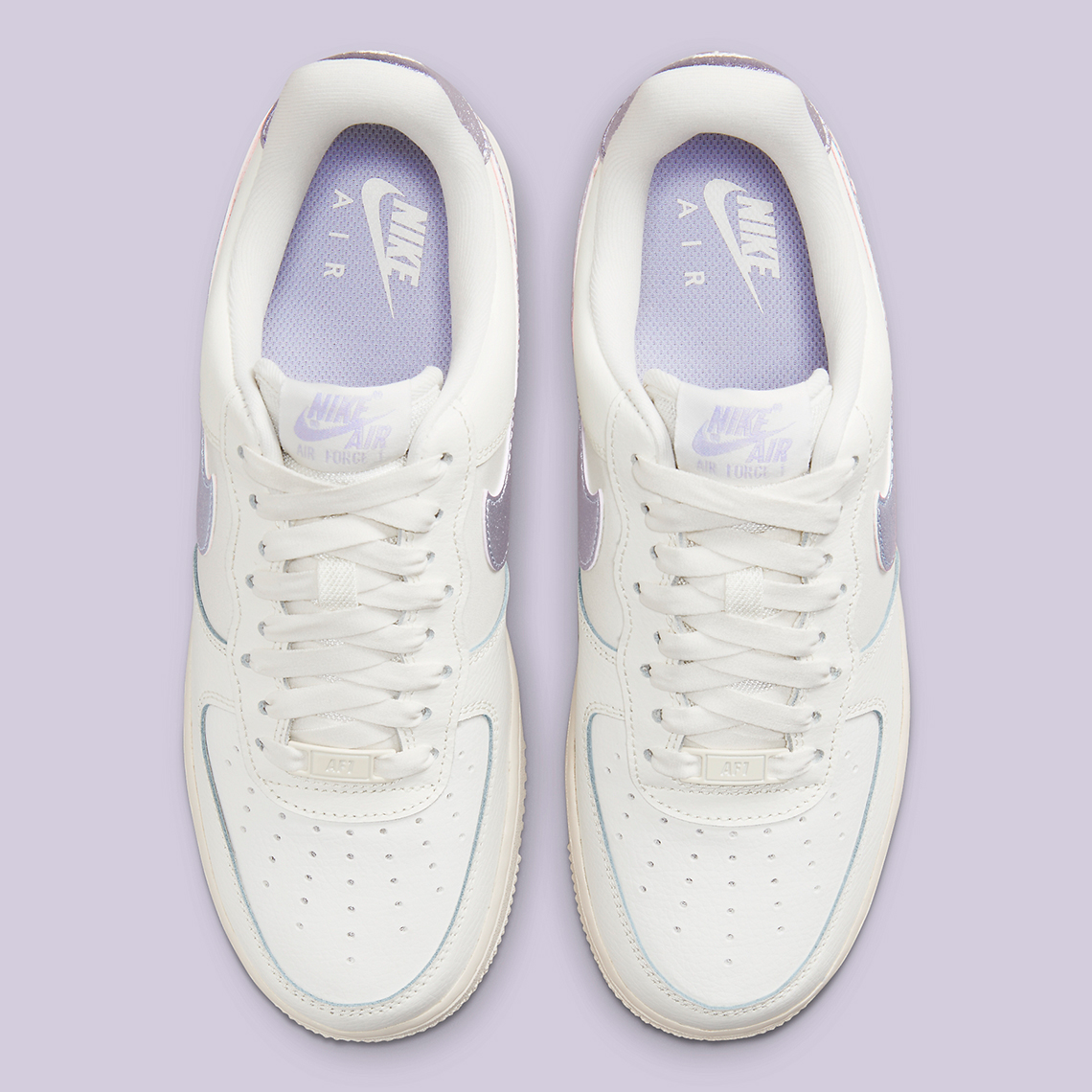 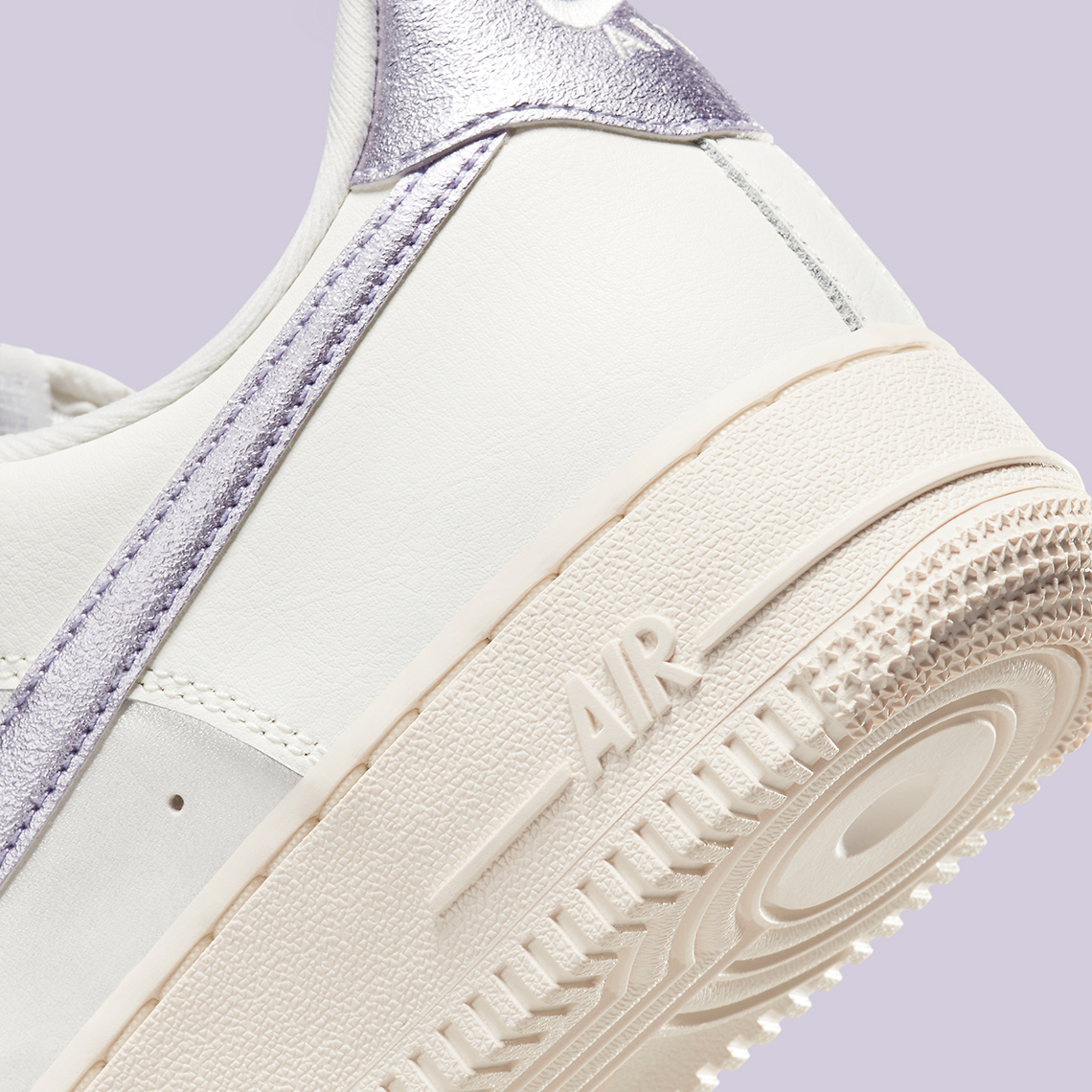 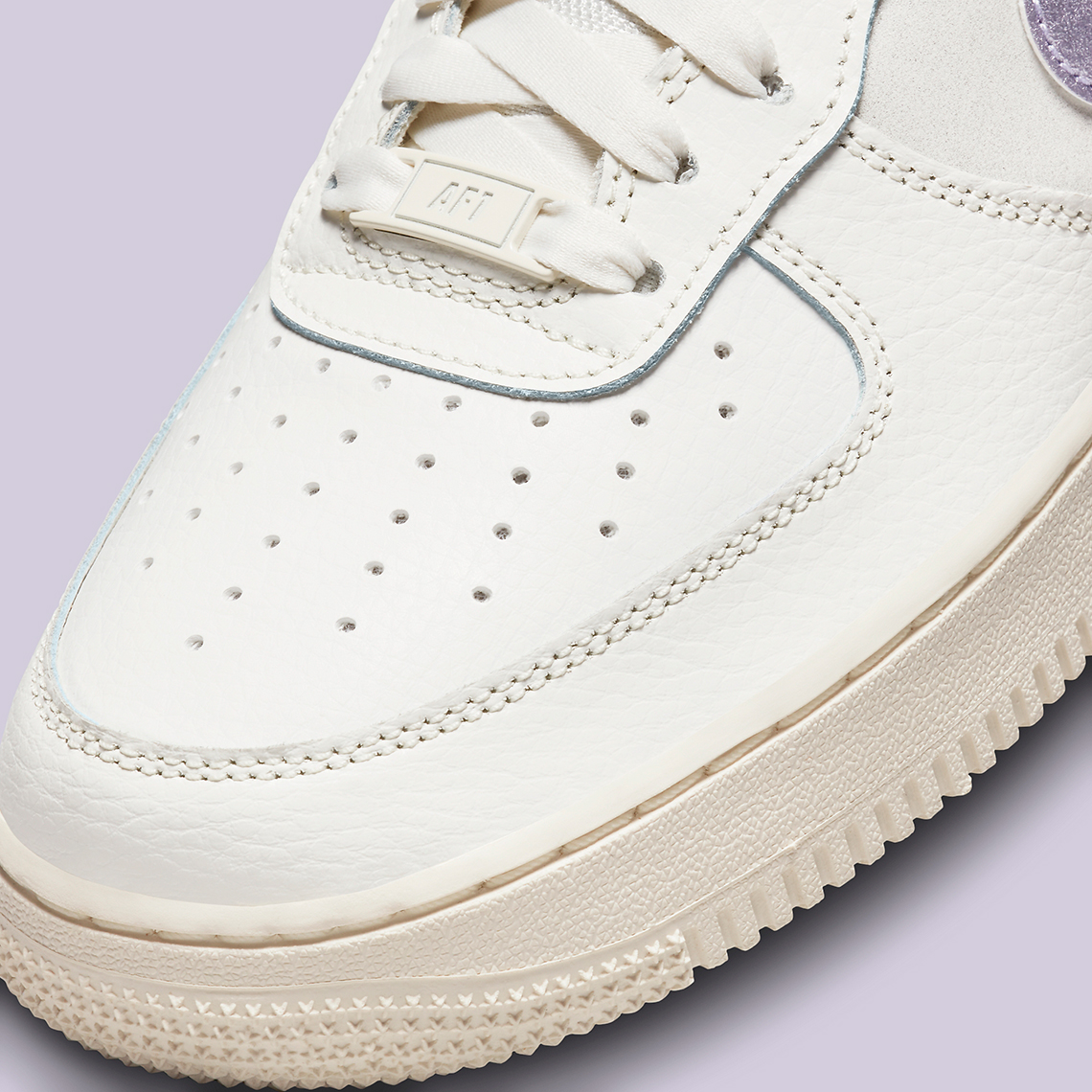